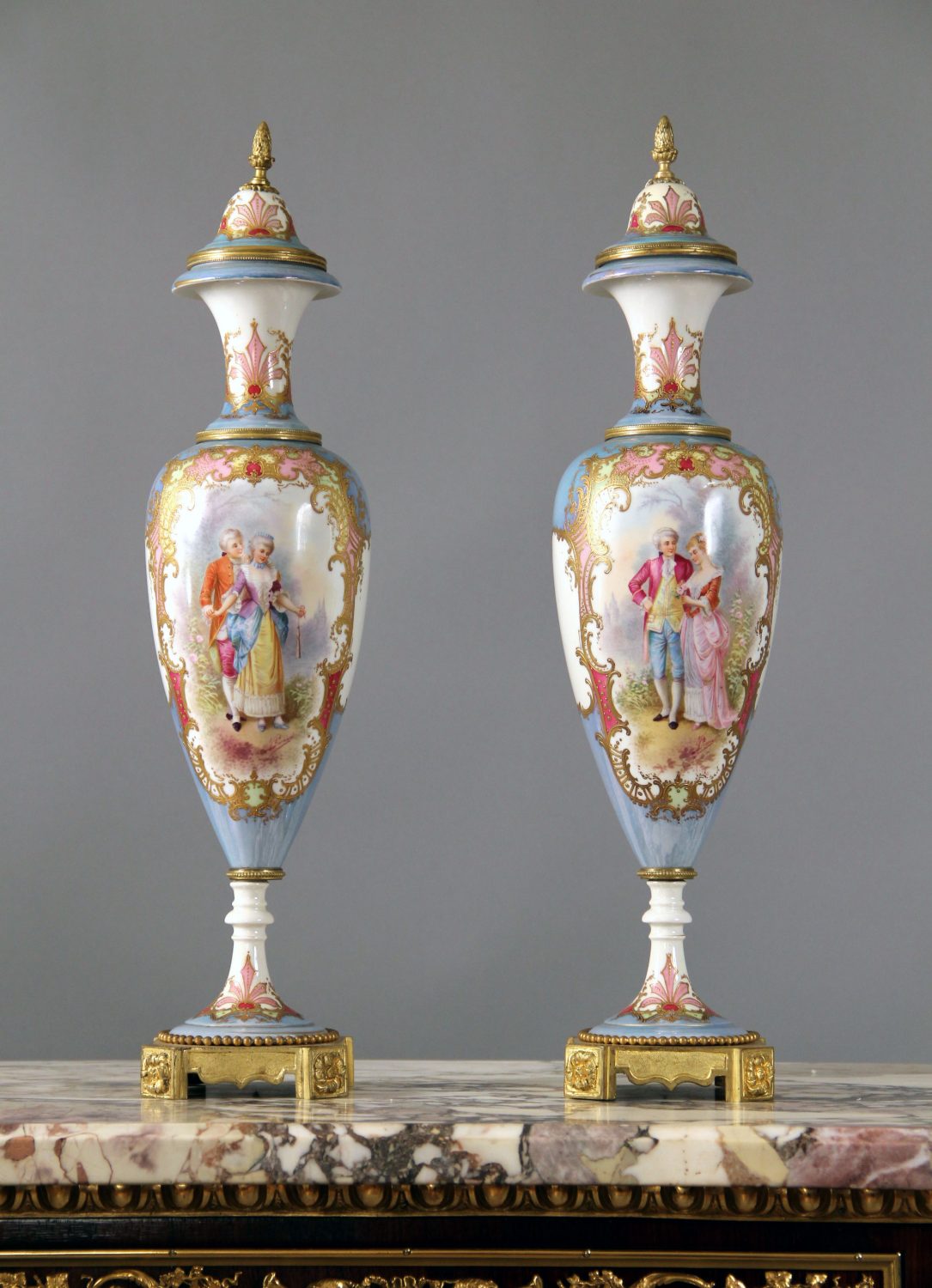 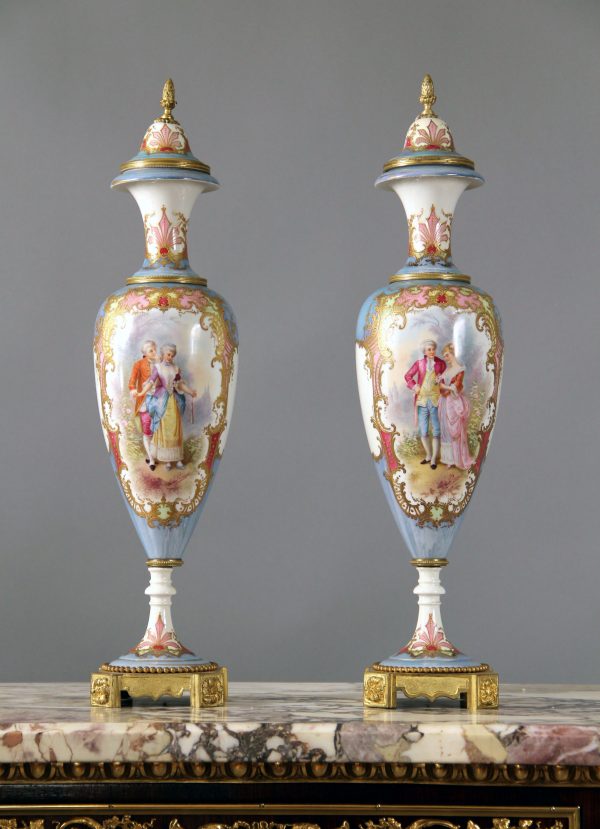 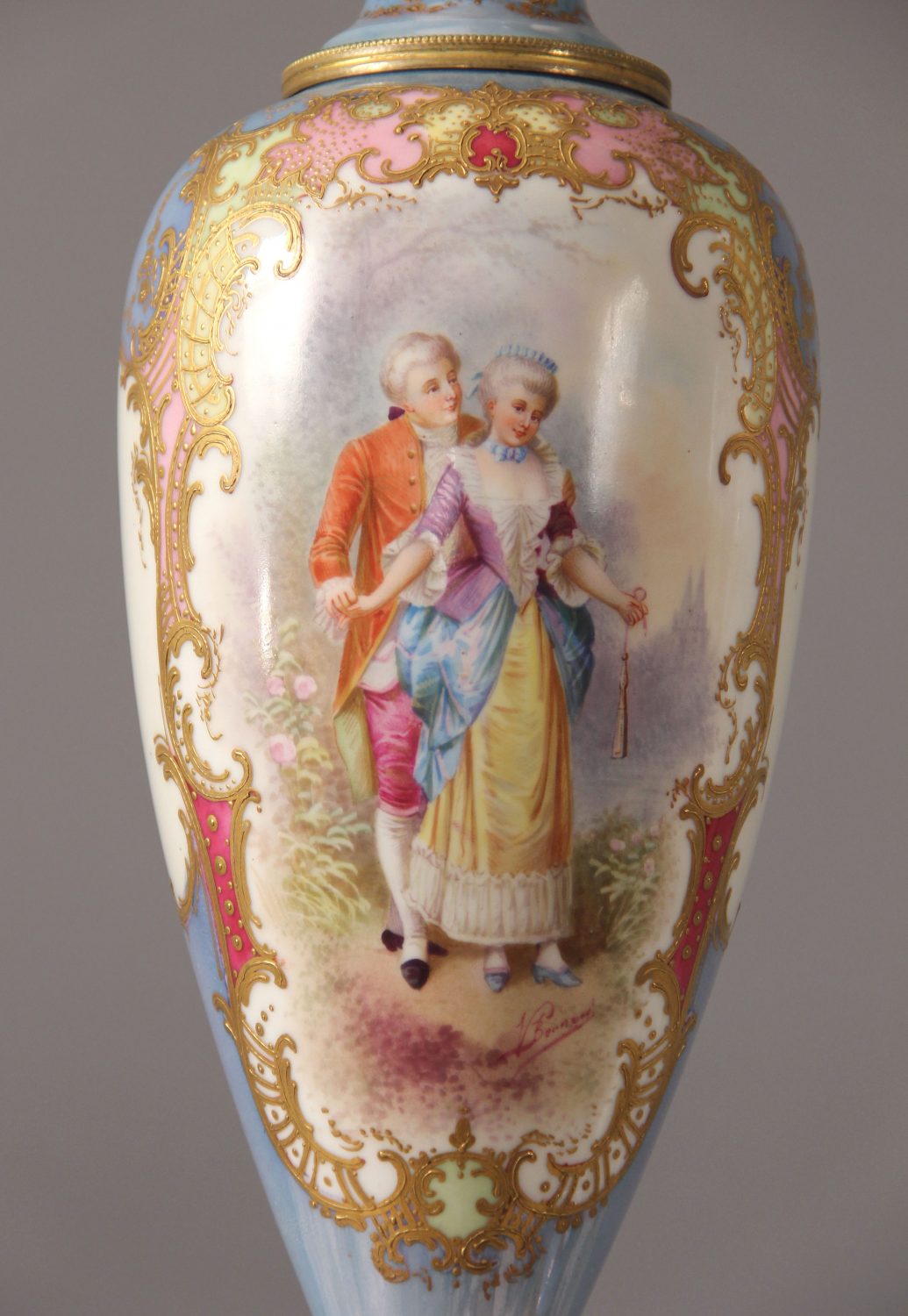 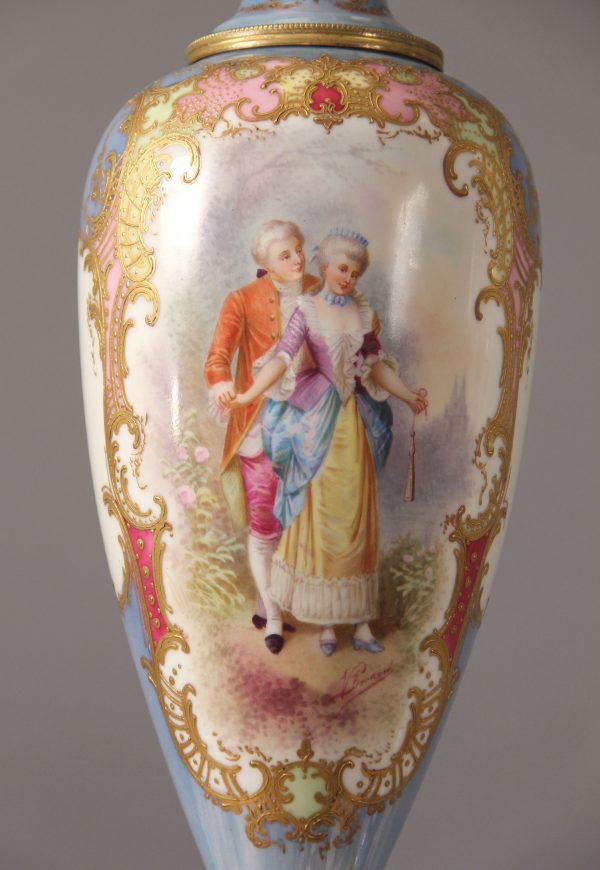 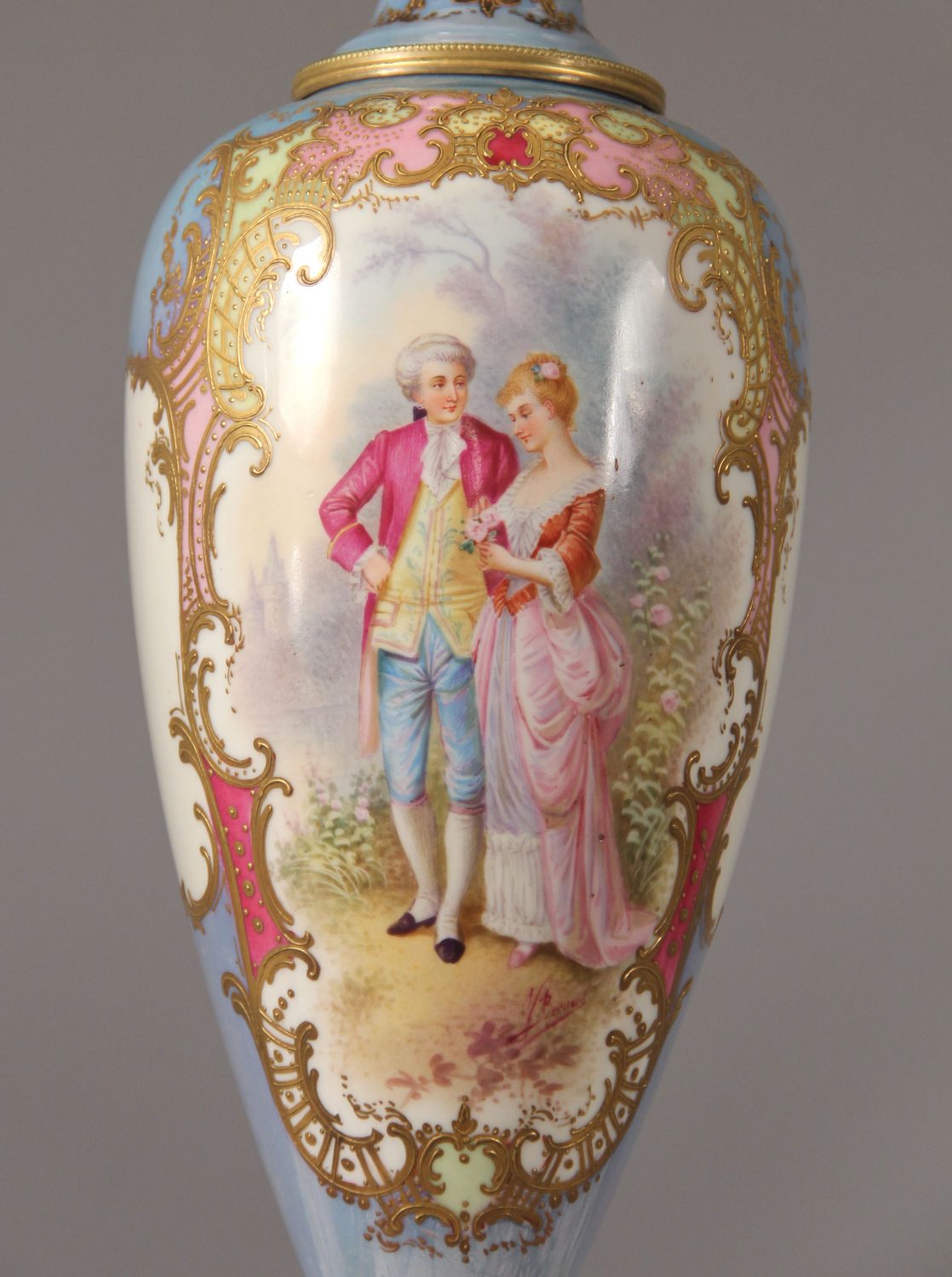 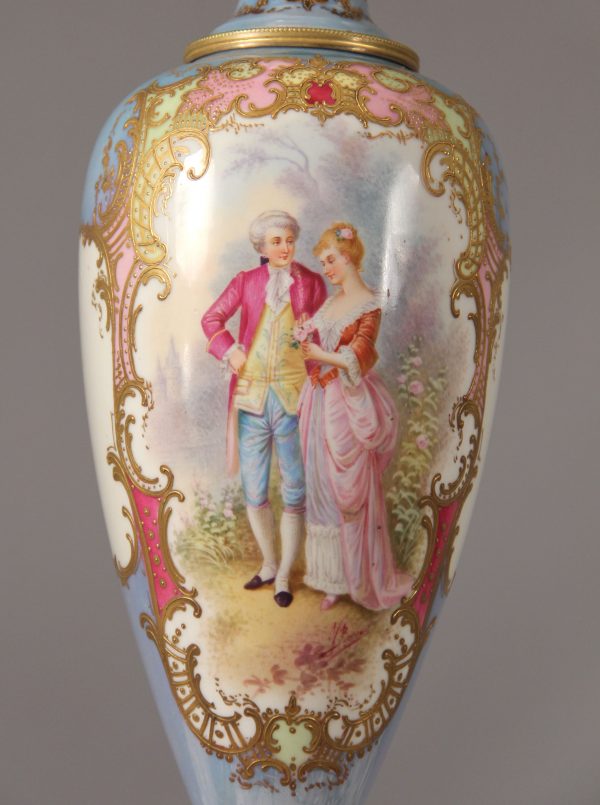 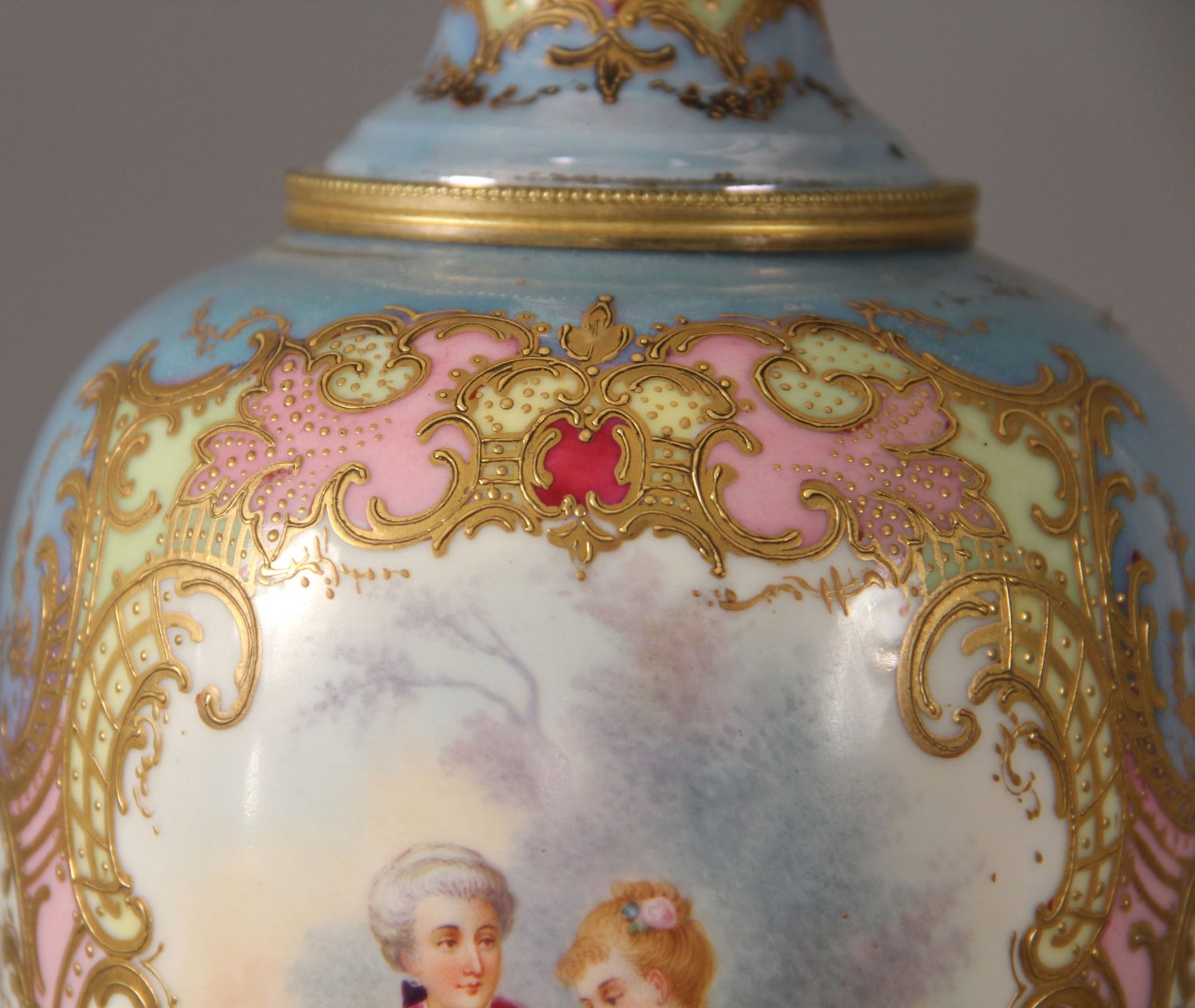 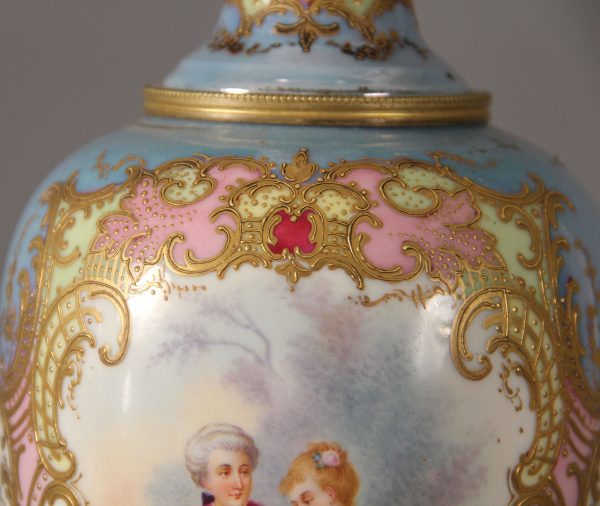 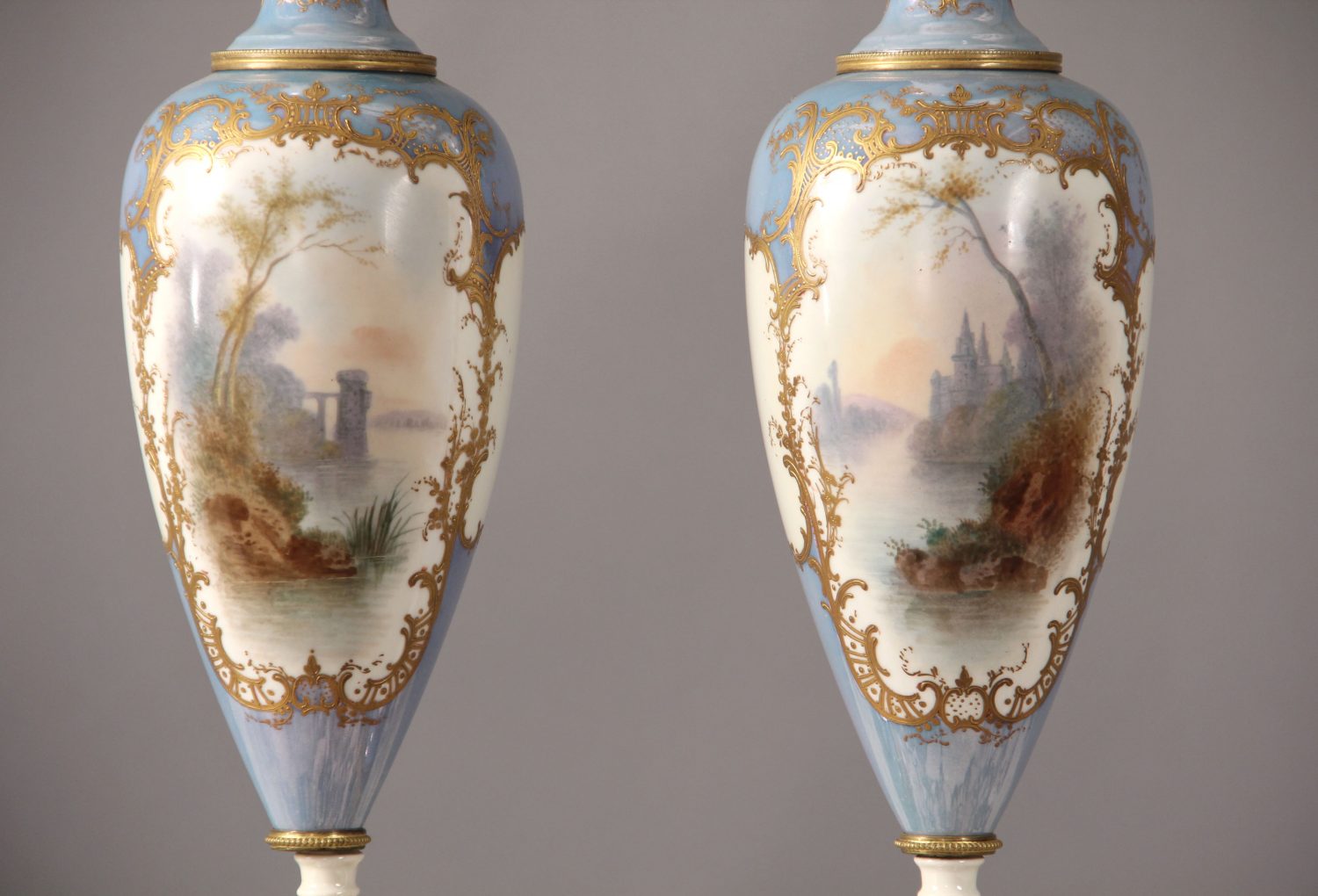 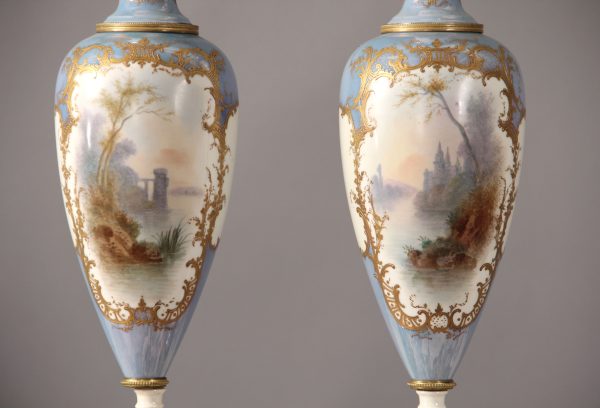 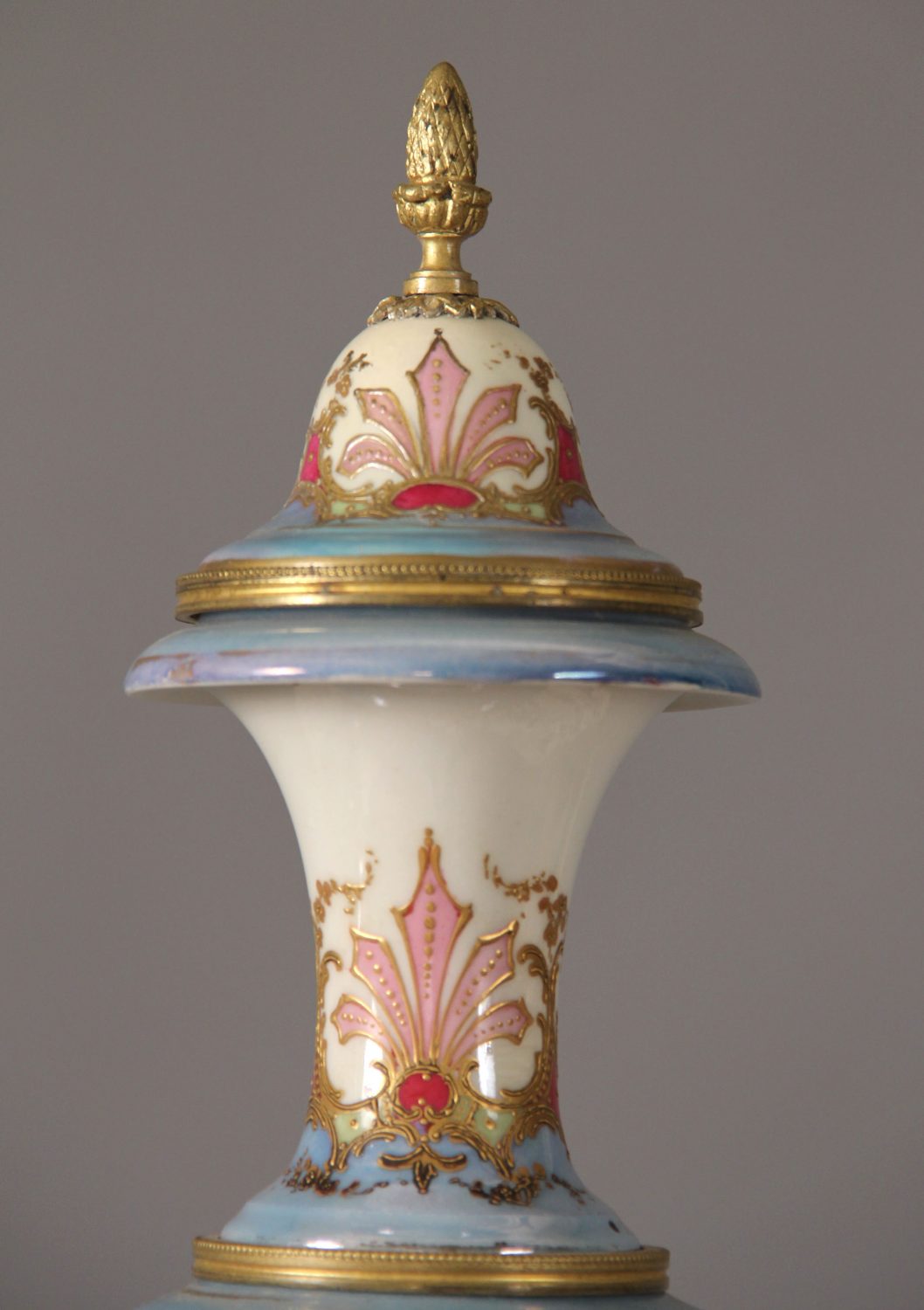 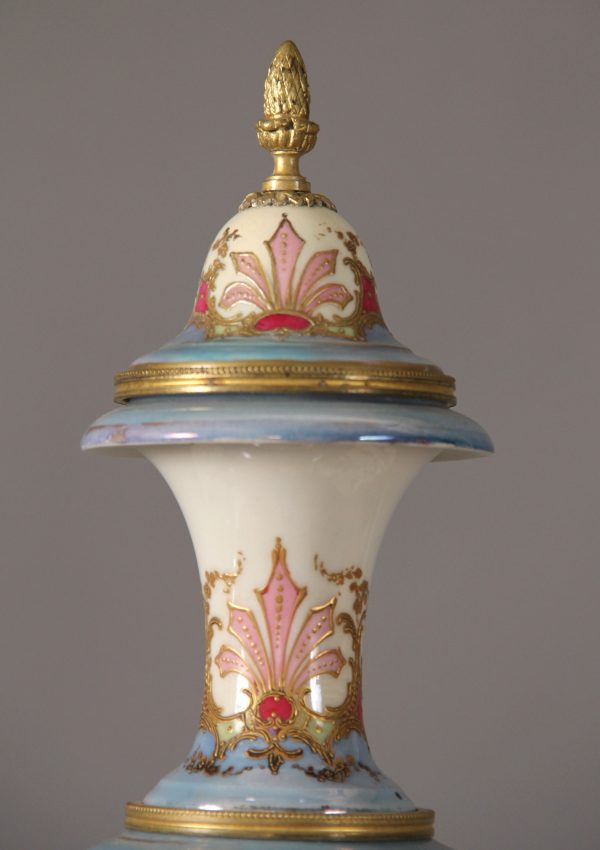 Each of elongated baluster form, finely painted romatic scene , the reverse a river scene with a castle in the back ground, within gilt scroll surrounds.