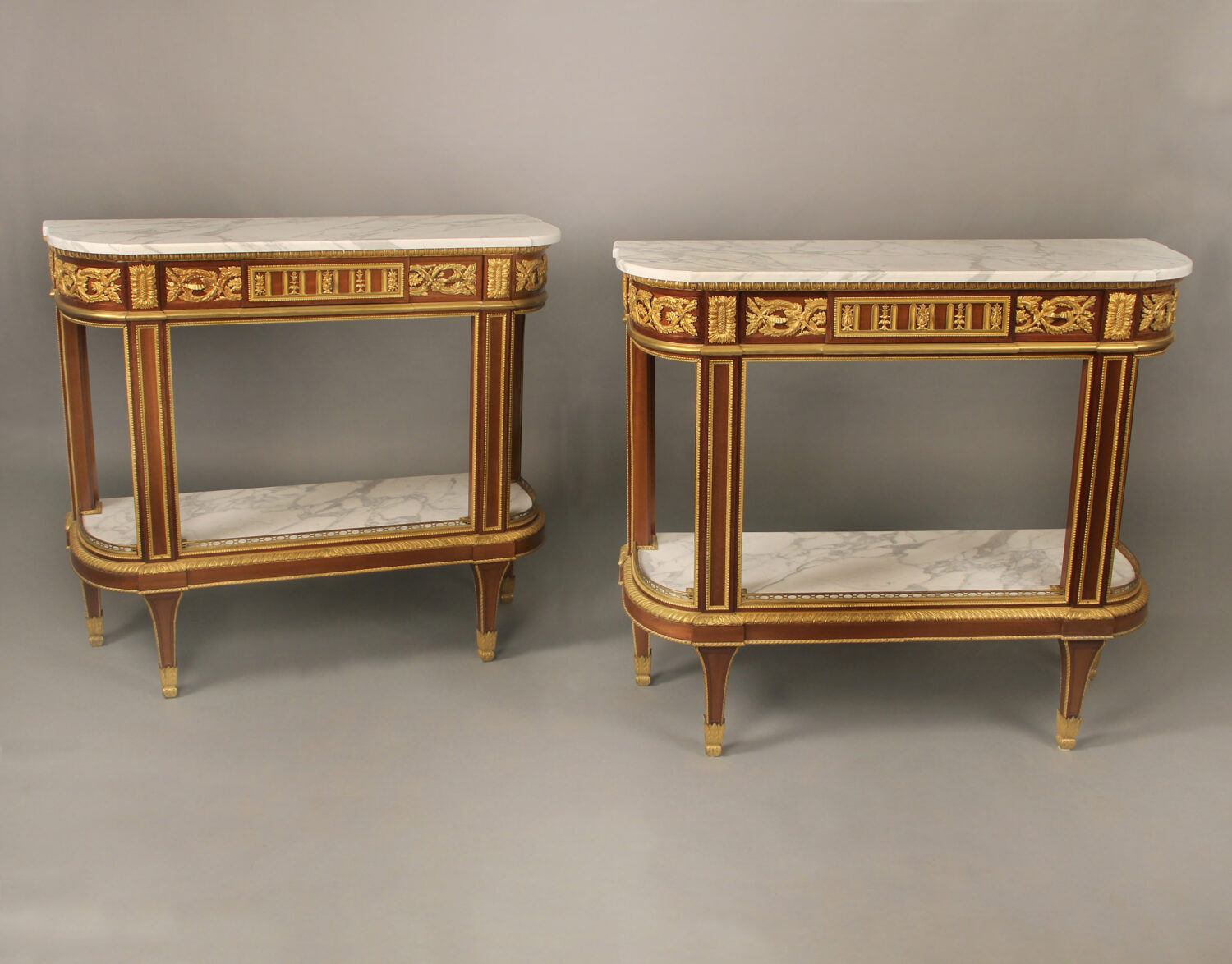 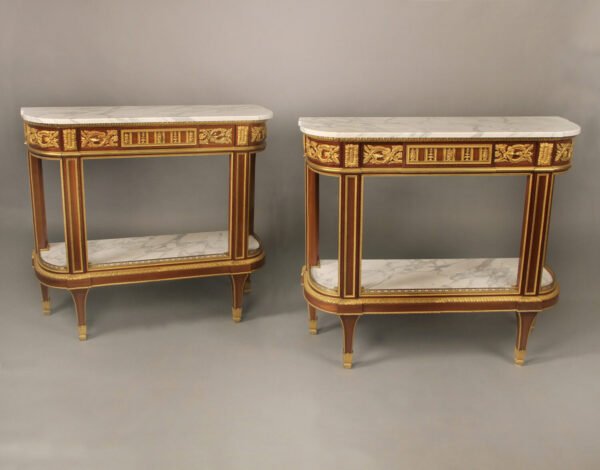 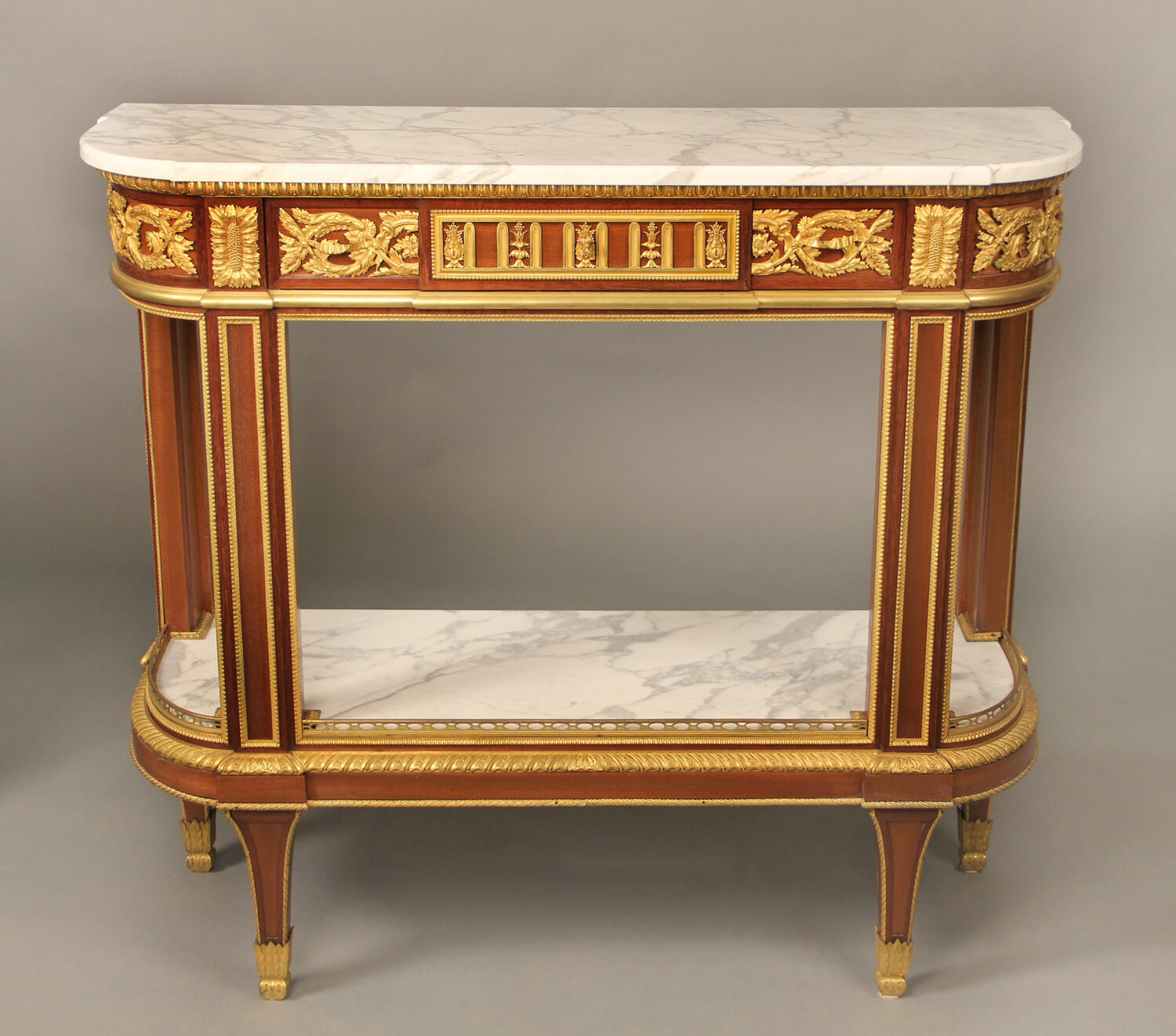 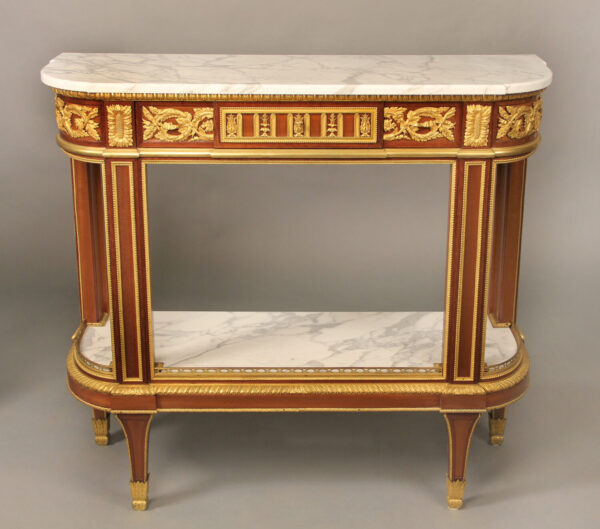 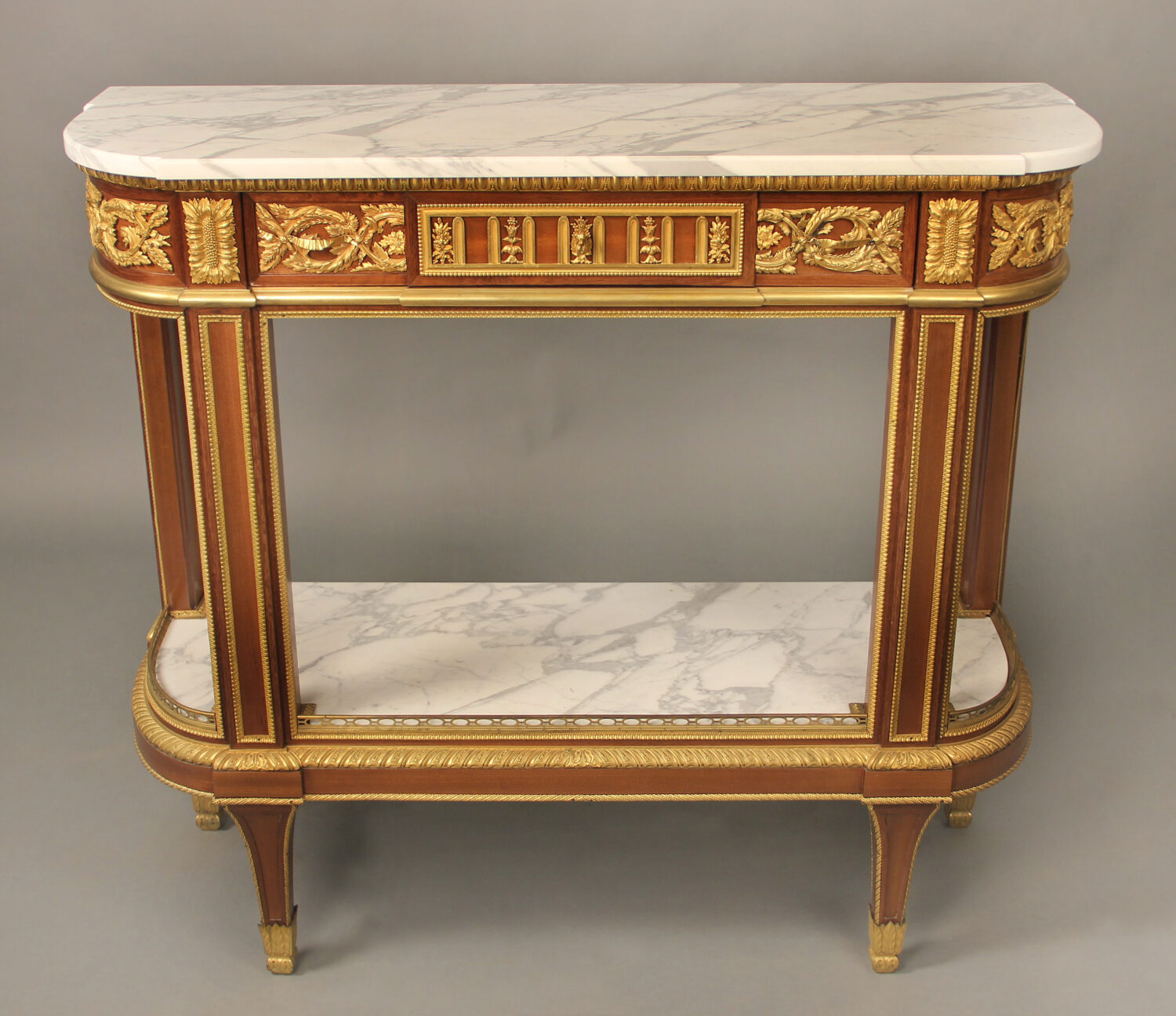 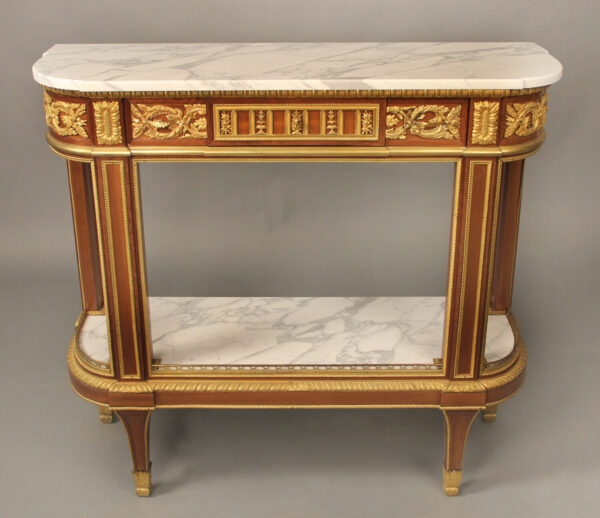 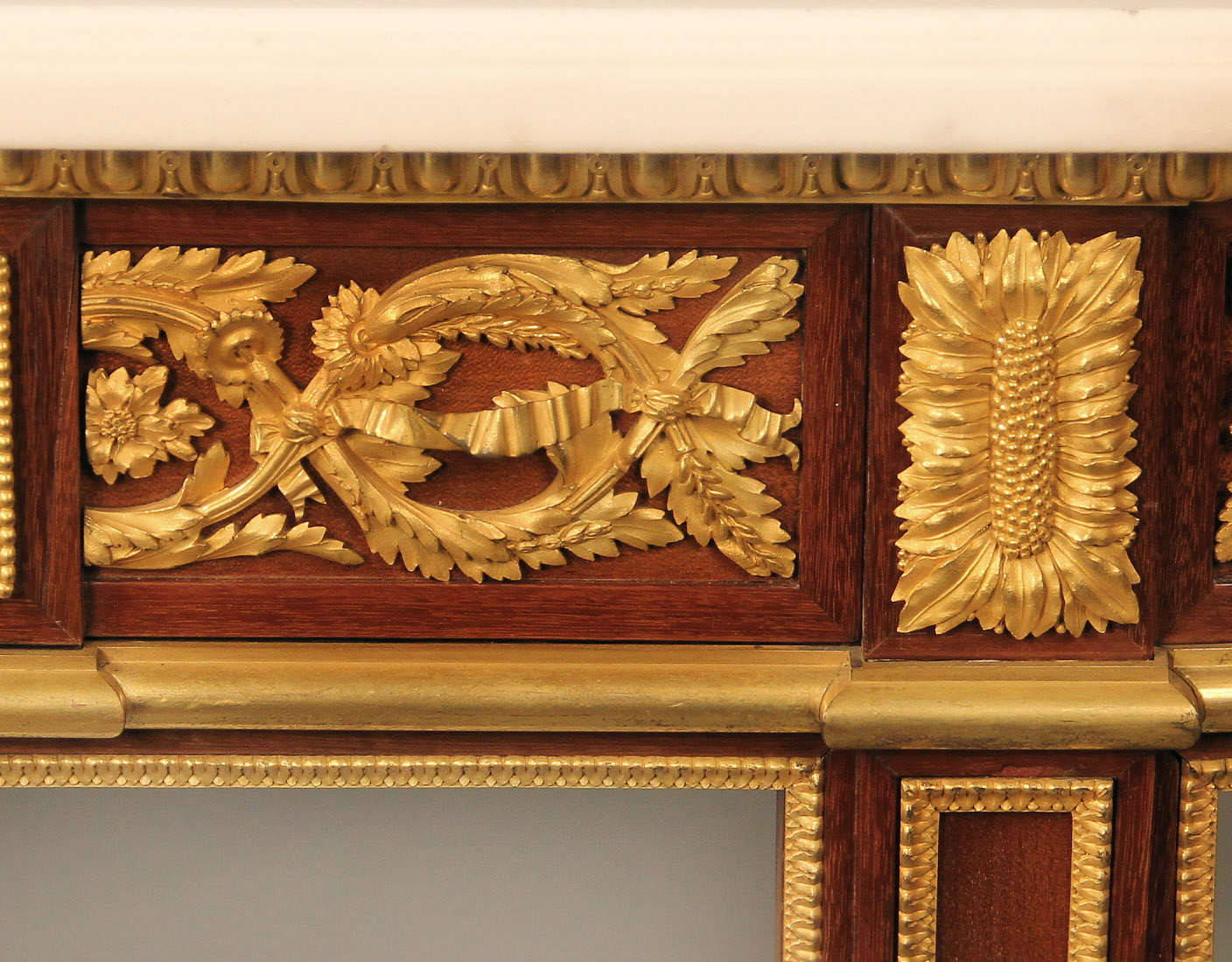 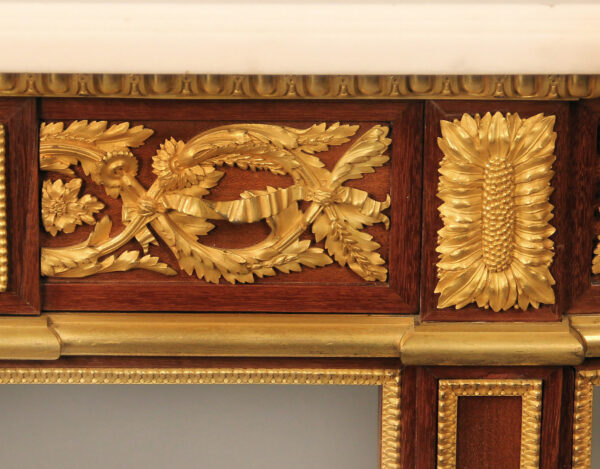 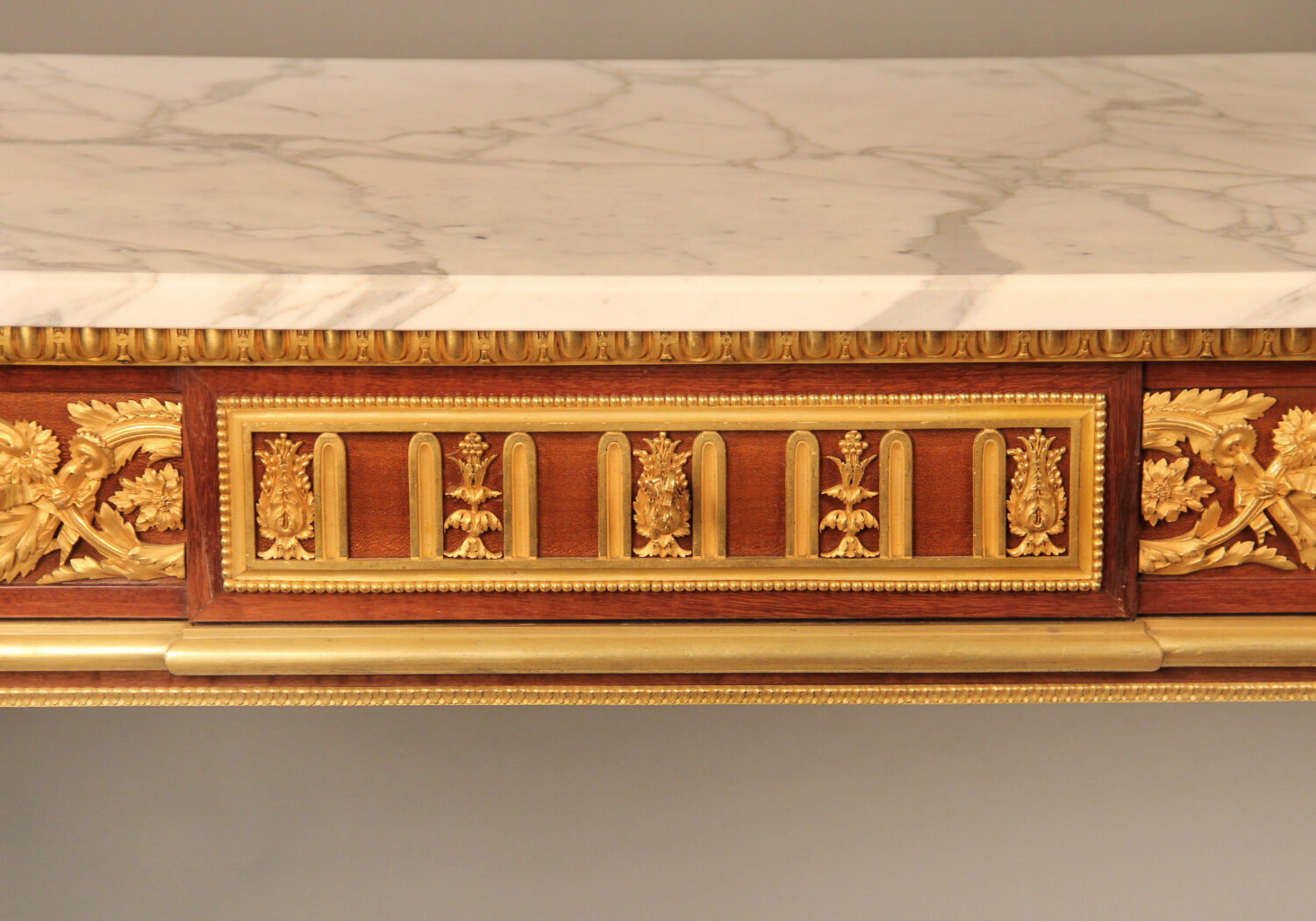 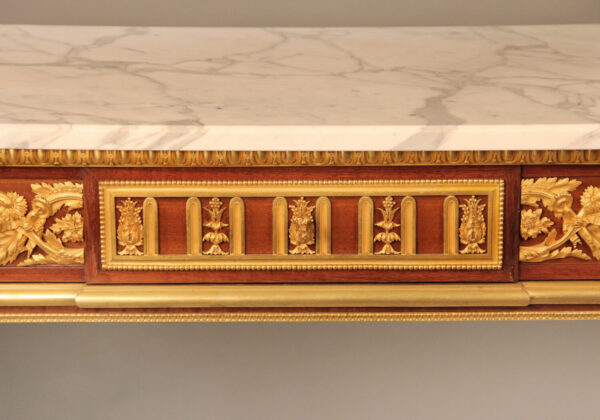 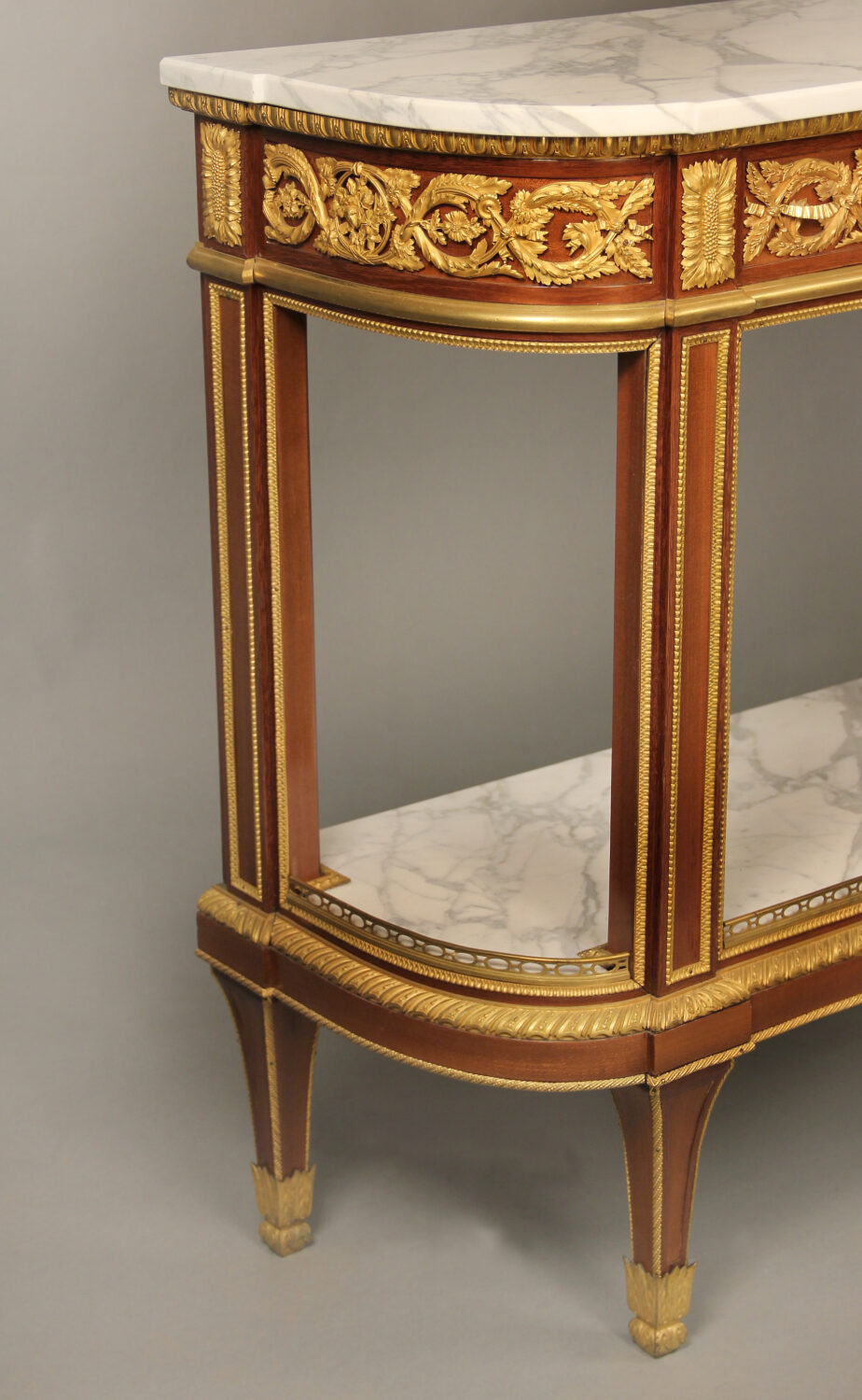 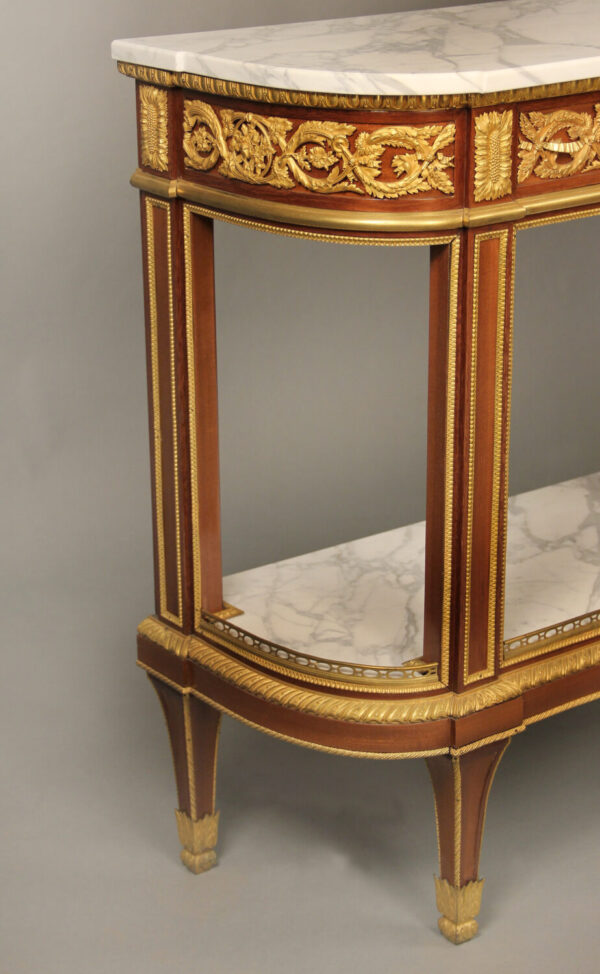 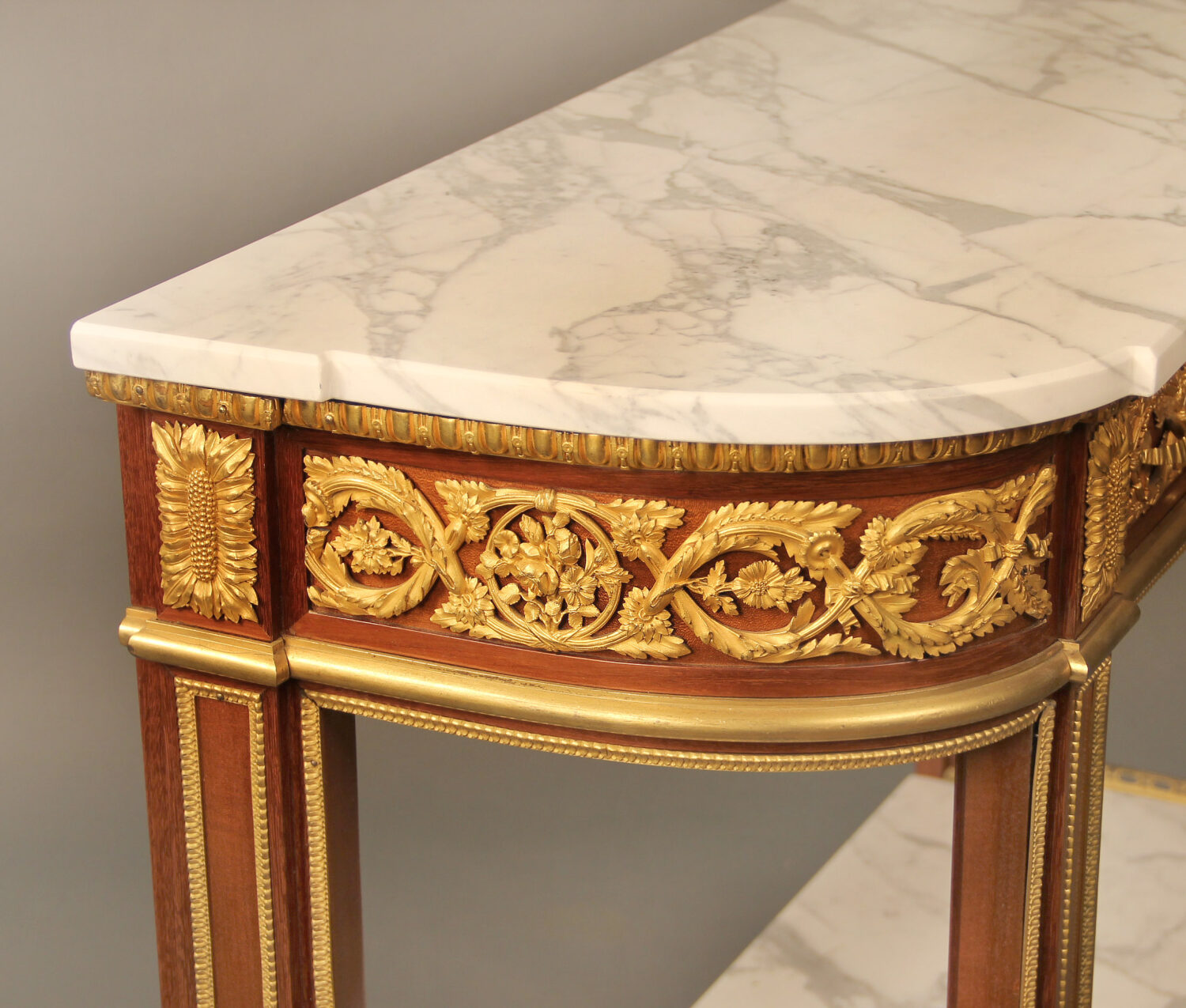 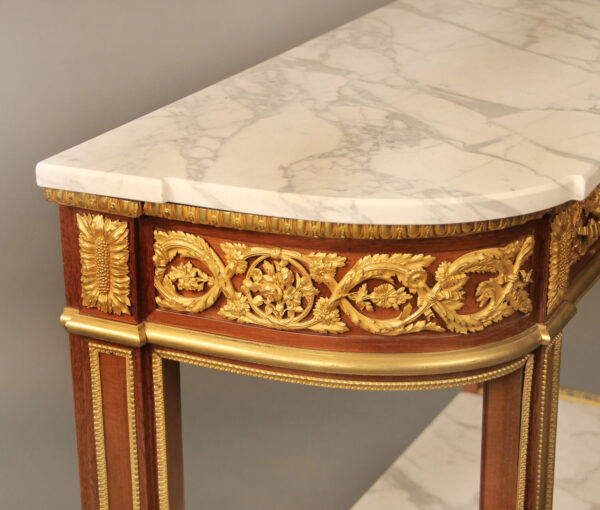 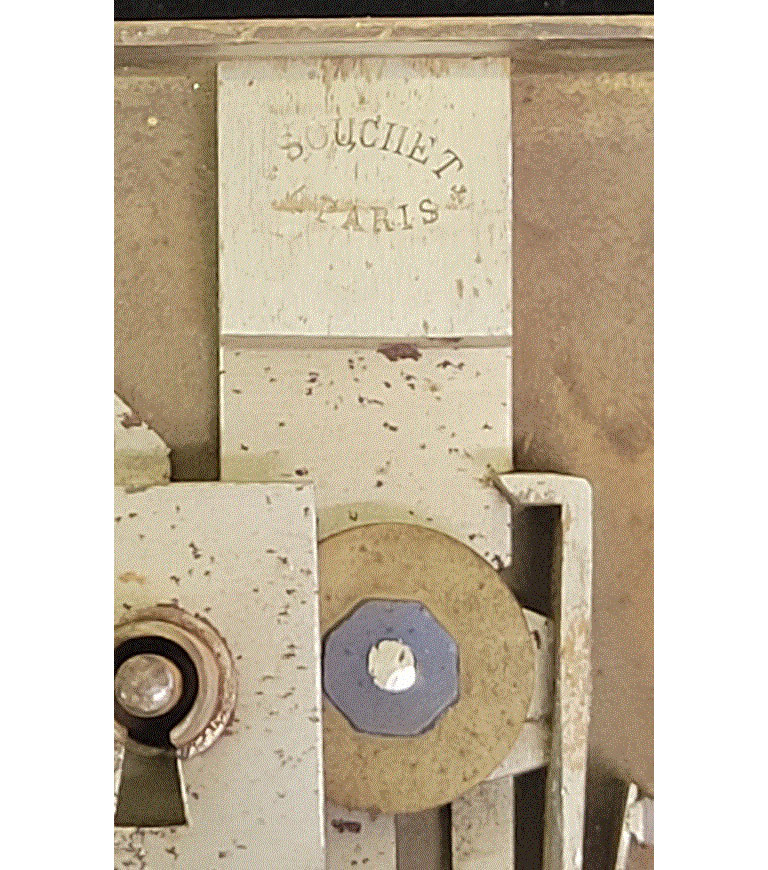 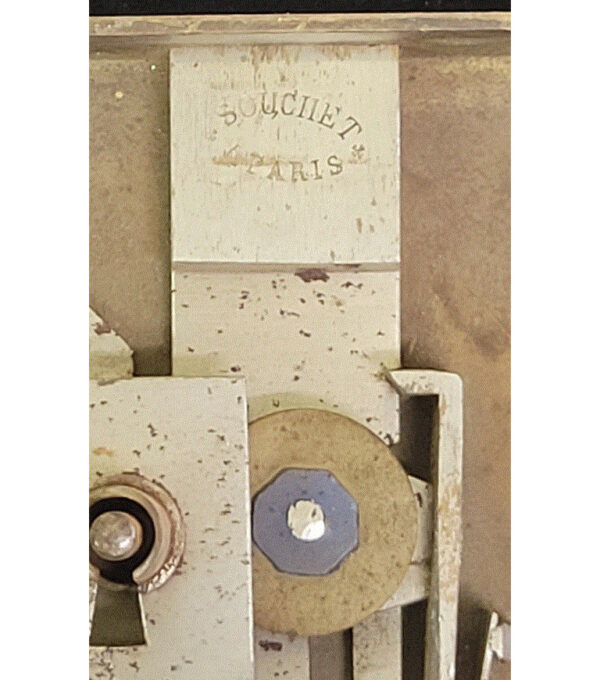 The demilune Carrara marble tops above a long single drawer centered with a fluted husk-filled frieze and conforming entwined garlands, the sides with flowing floral and foliage designs, four columns leading down to a bottom marble shelf with a bronze gallery, standing on square tapering legs with foliate-cast sabots.

The locks on each piece stamped Souchet Paris.

“Souchet Paris” was a relatively uncommon lock maker who was traditionally associated with the workshop of Charles-Guillaume Winckelsen (d. 1871). The appearance of this particular name along with the high quality craftsmanship, which demonstrates a similar carcass and drawer construction are characteristics typically connected with the oeuvre of Winckelsen.

Winckelsen made high quality furniture in the style of the Eighteenth Century during the Nineteenth Century. He was established at 23, Val-Sainte-Catherine, Paris from 1854 until his death in 1871. As a result of his comparatively short career little of his work is available today. All recorded items by this maker are of of the highest quality, especially the bronze work. Jean-Louis-Benjamin Gros was his main furniture maker and Joseph-Nicolas Langlois his chiseller.