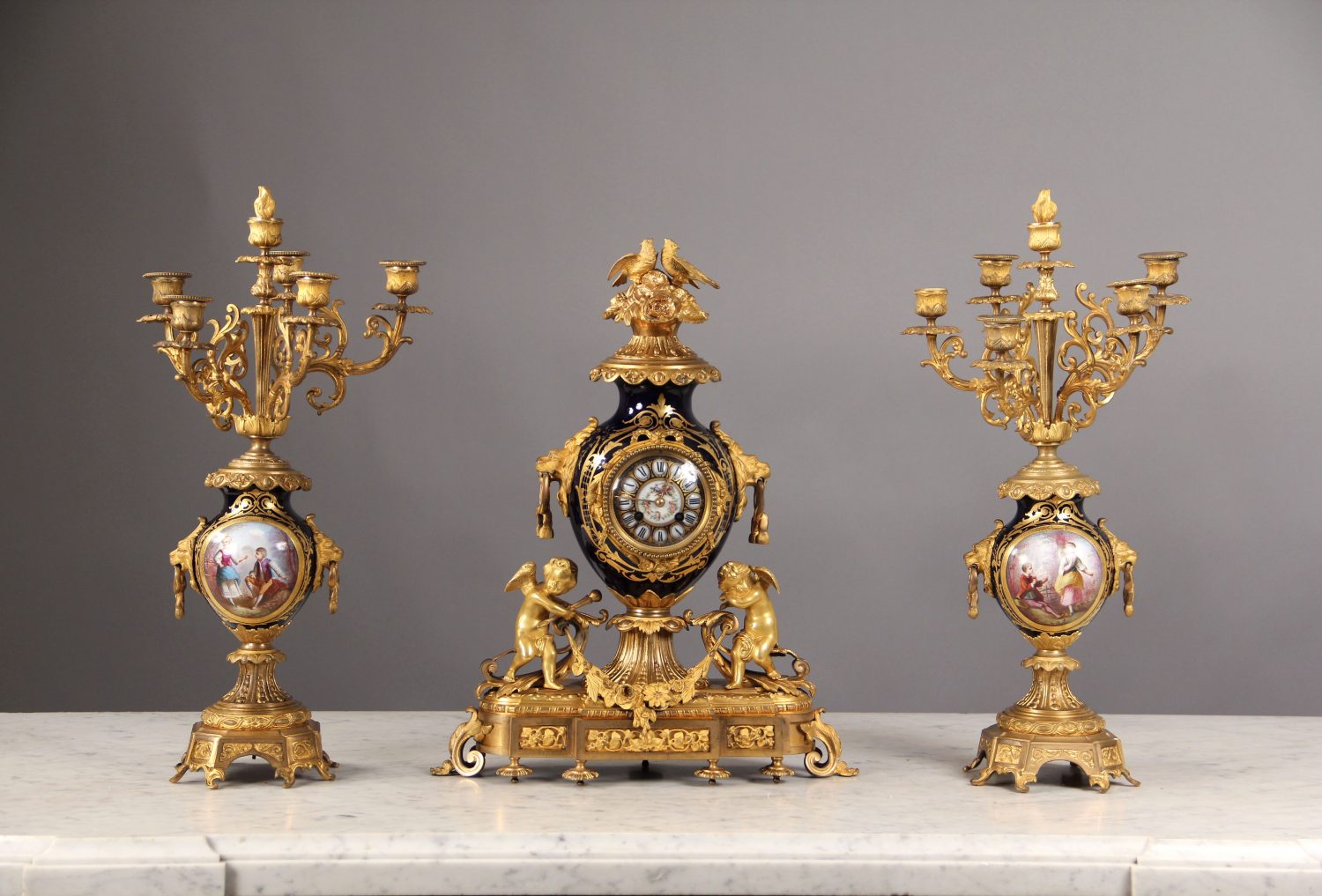 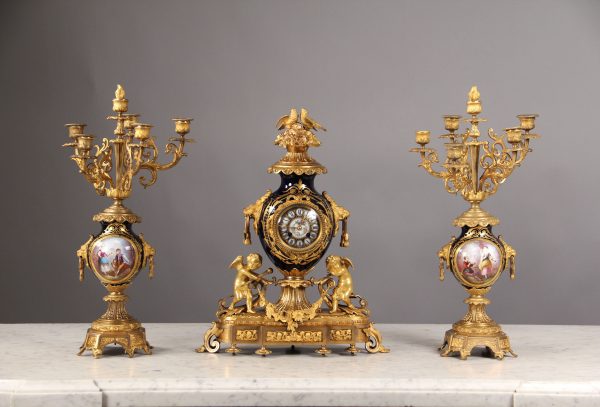 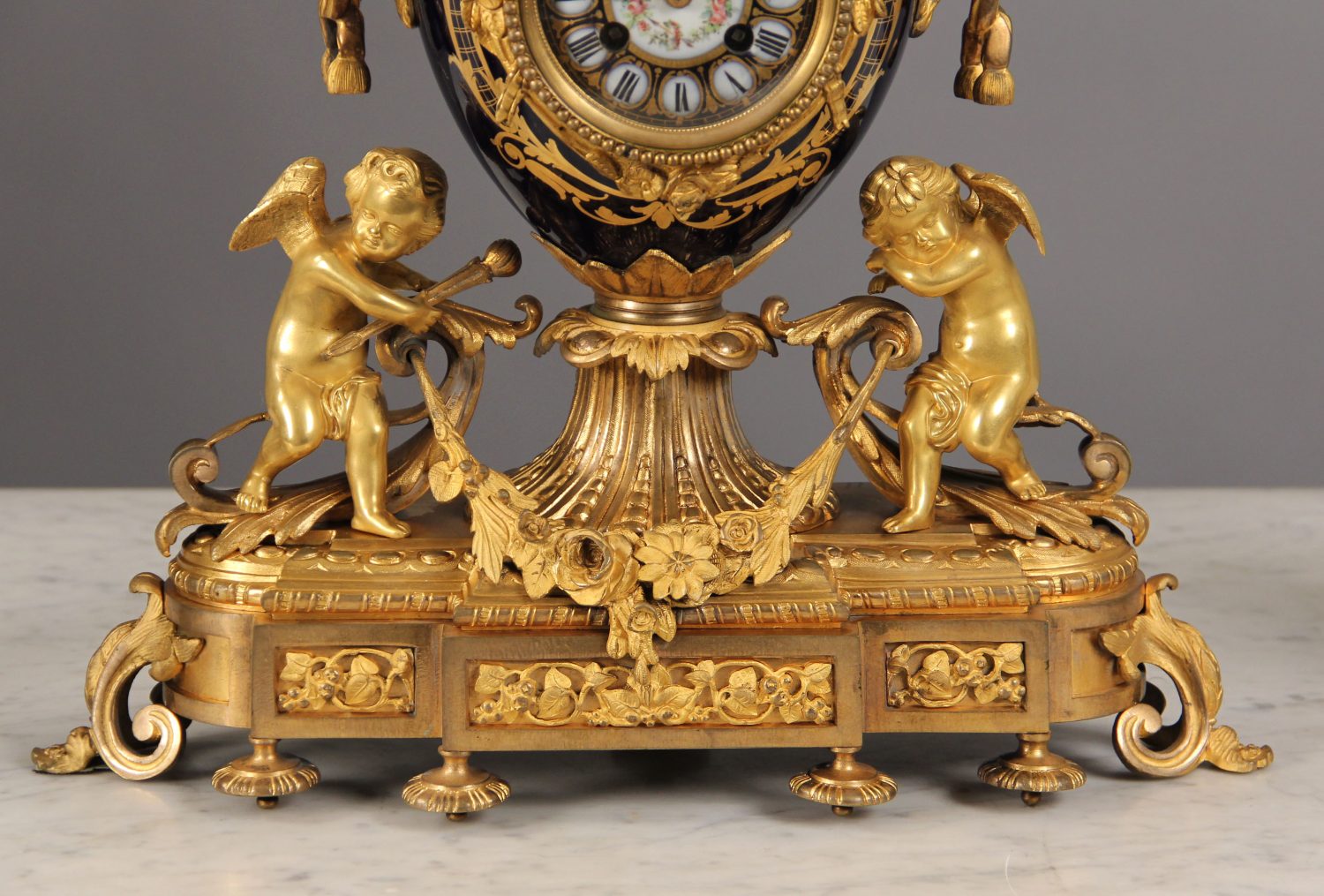 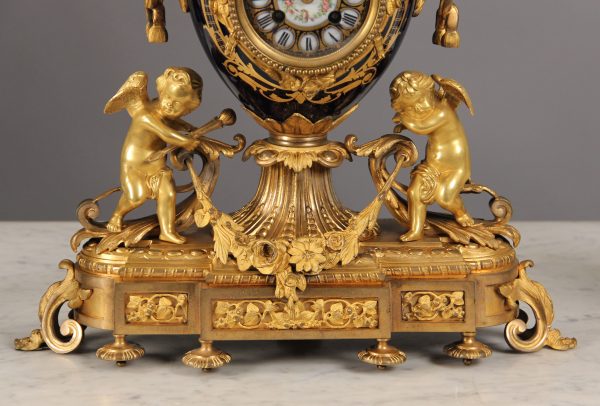 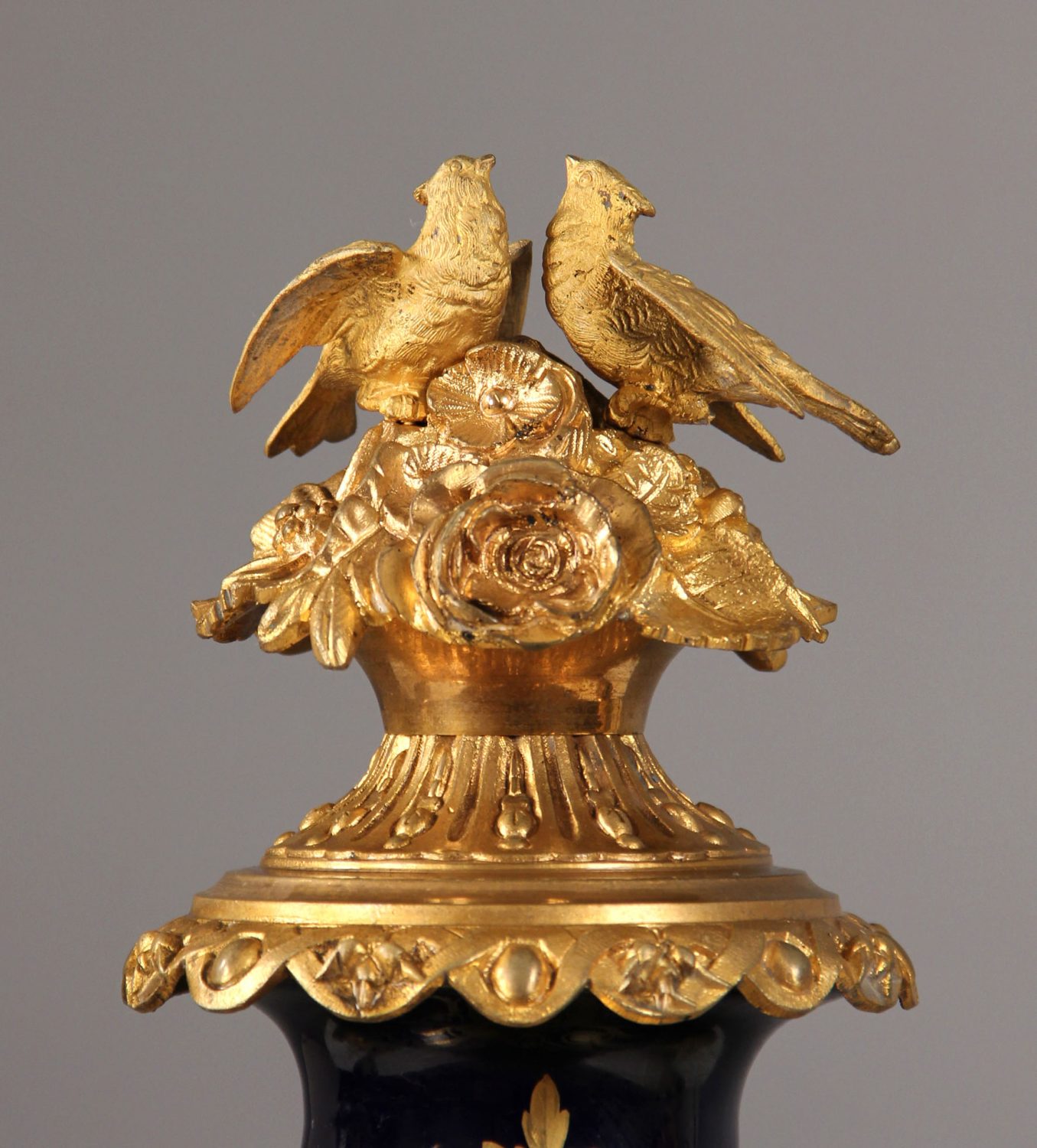 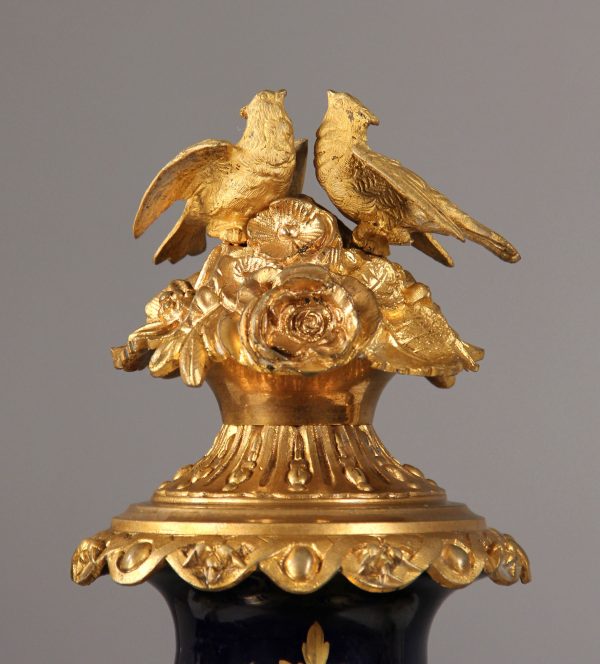 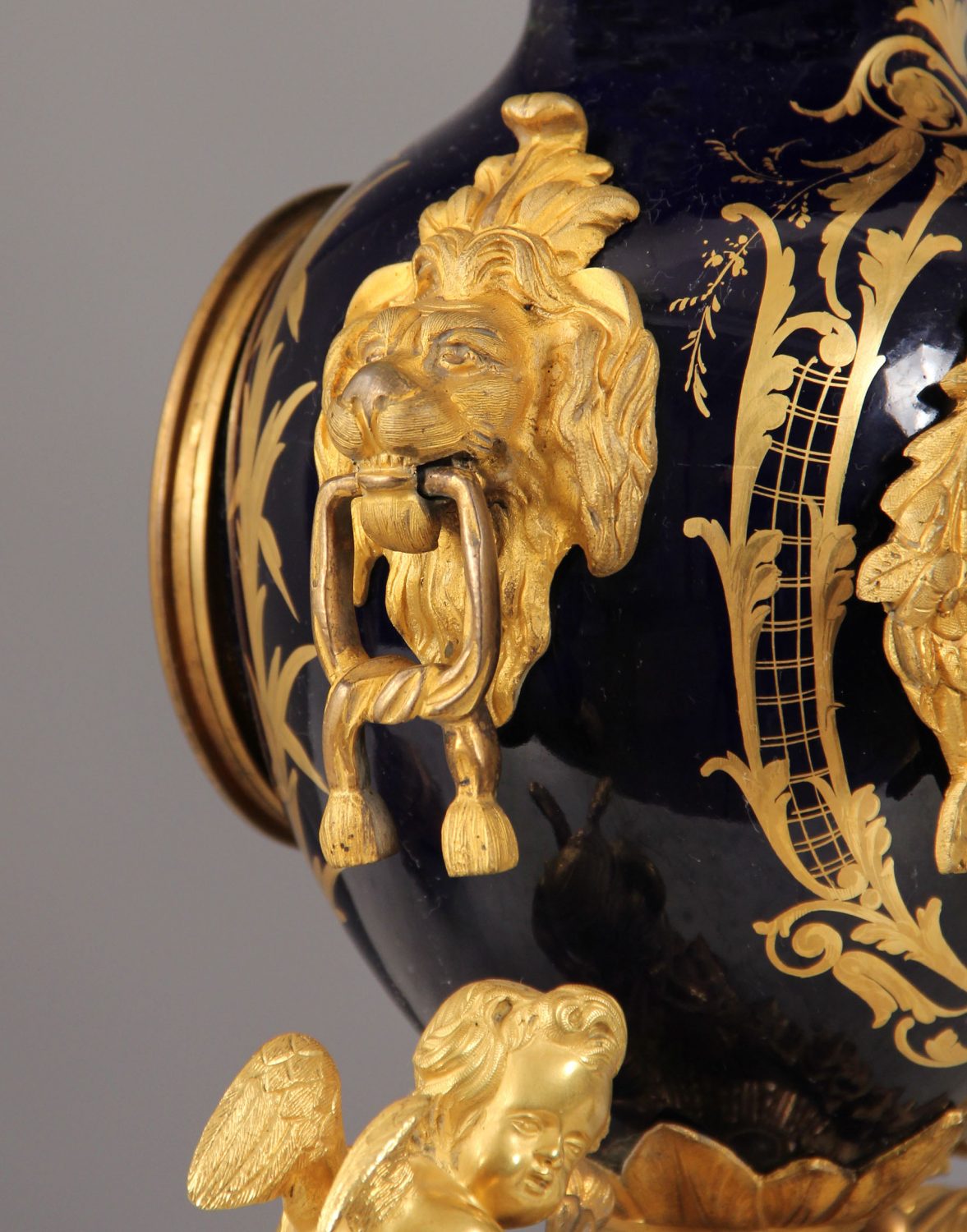 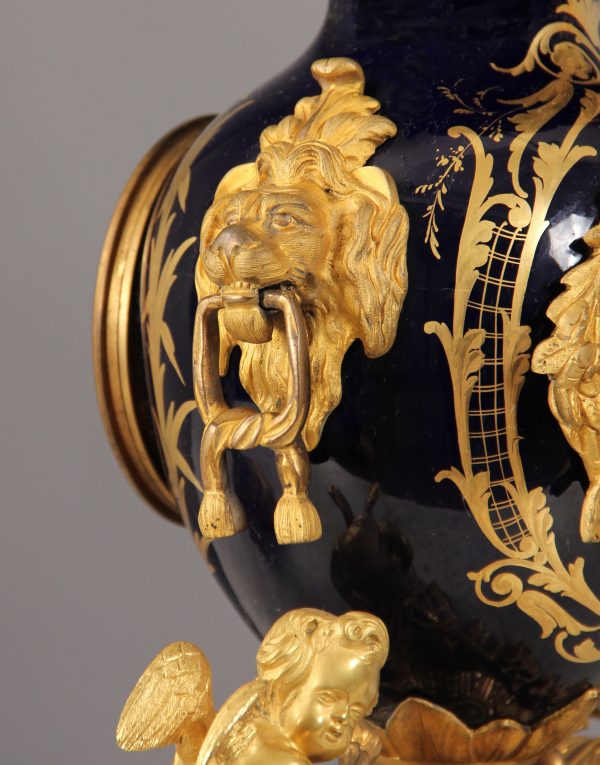 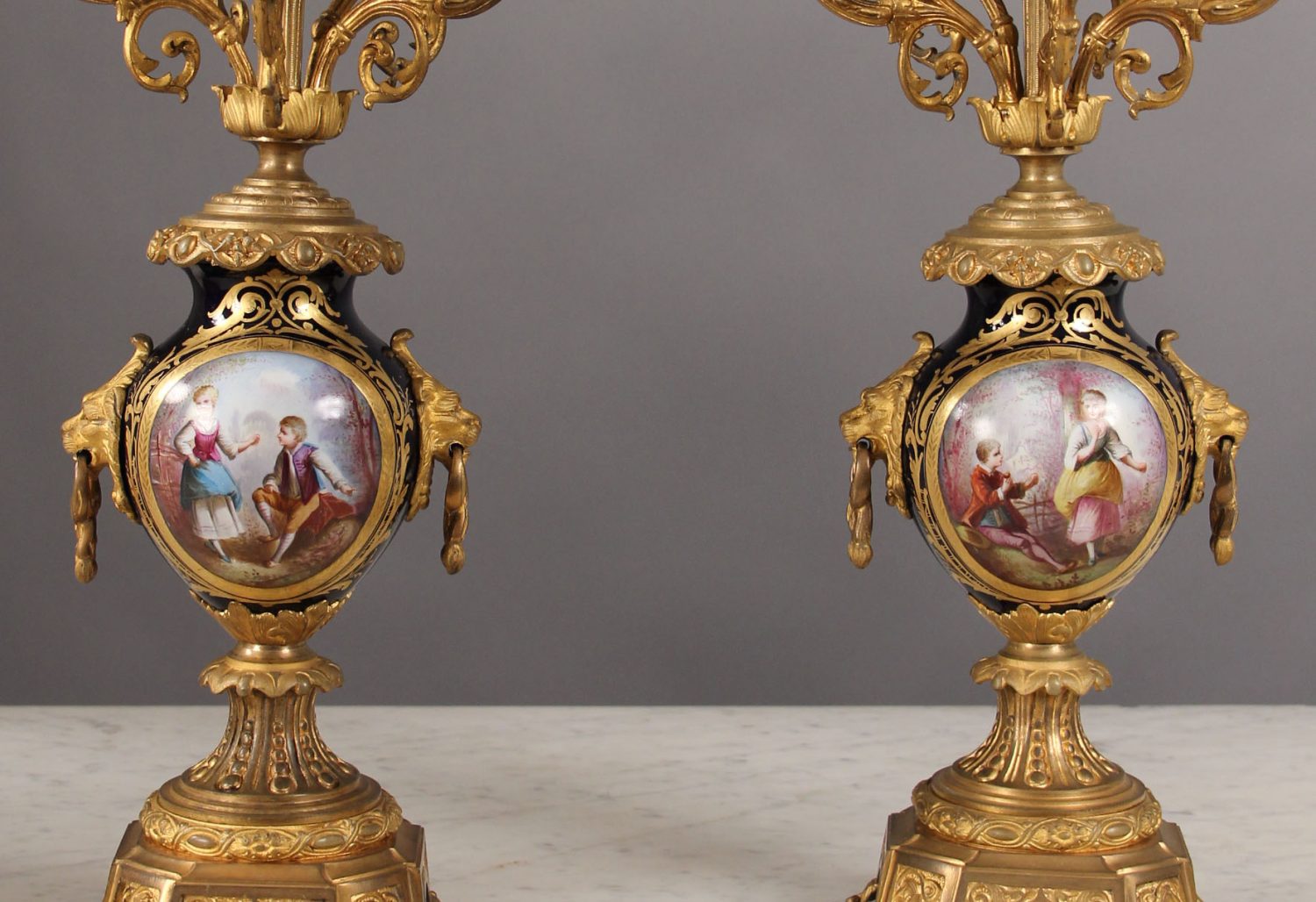 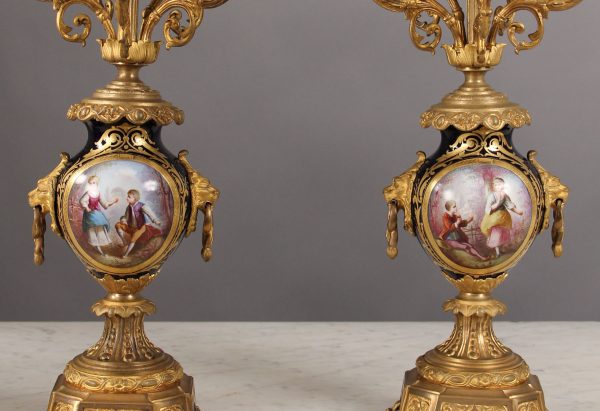 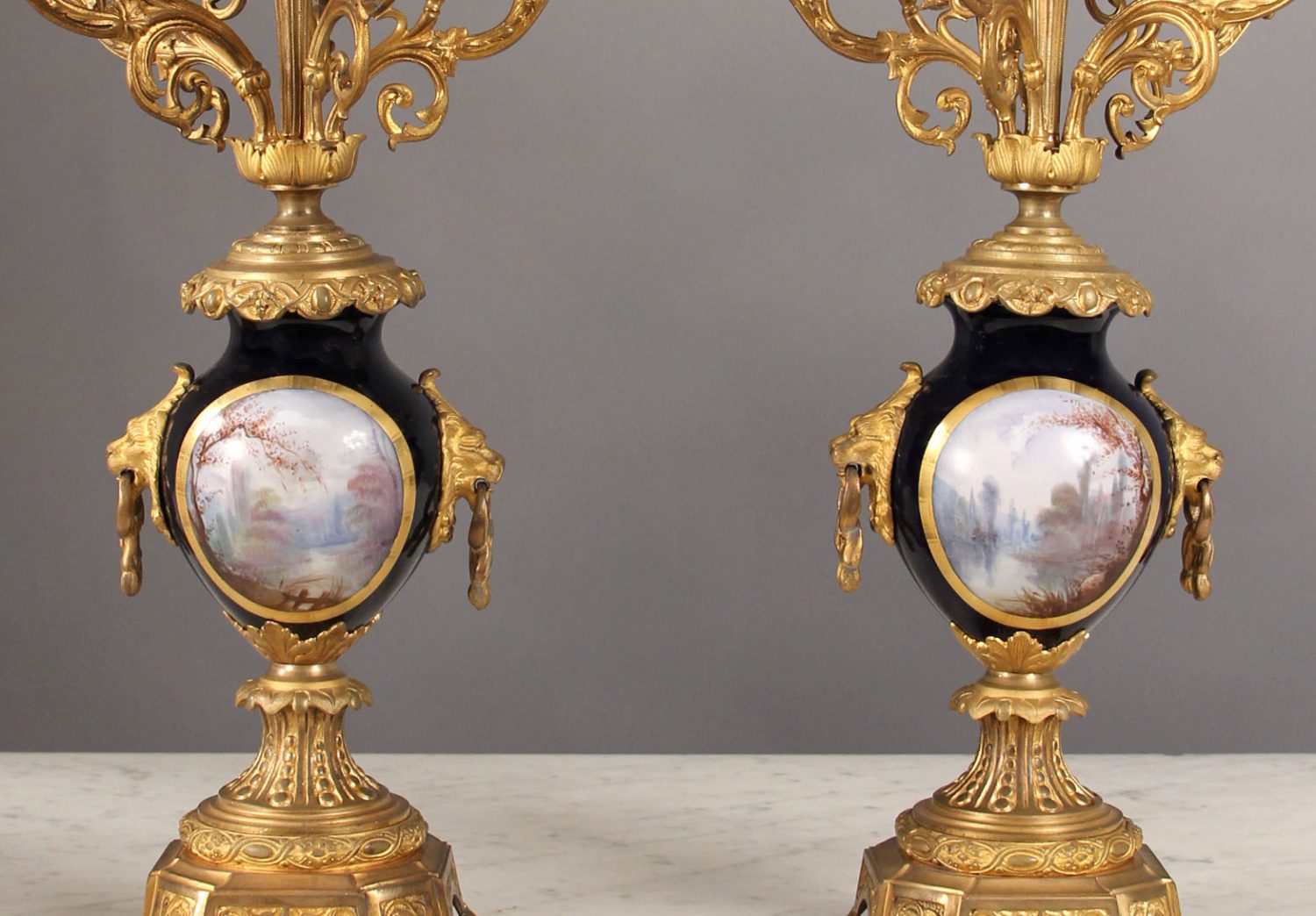 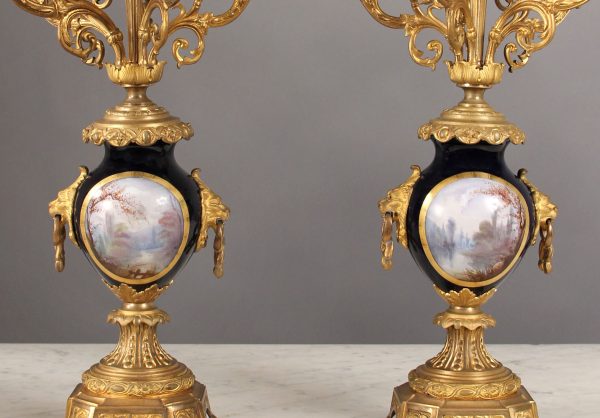 Comprising of a round clock with a final with two birds; a pair of five-light candleabra with scrolled branches issuing from round shaped vases painted with a couple, the reverse a landscape, flanked by a lion’s mask.