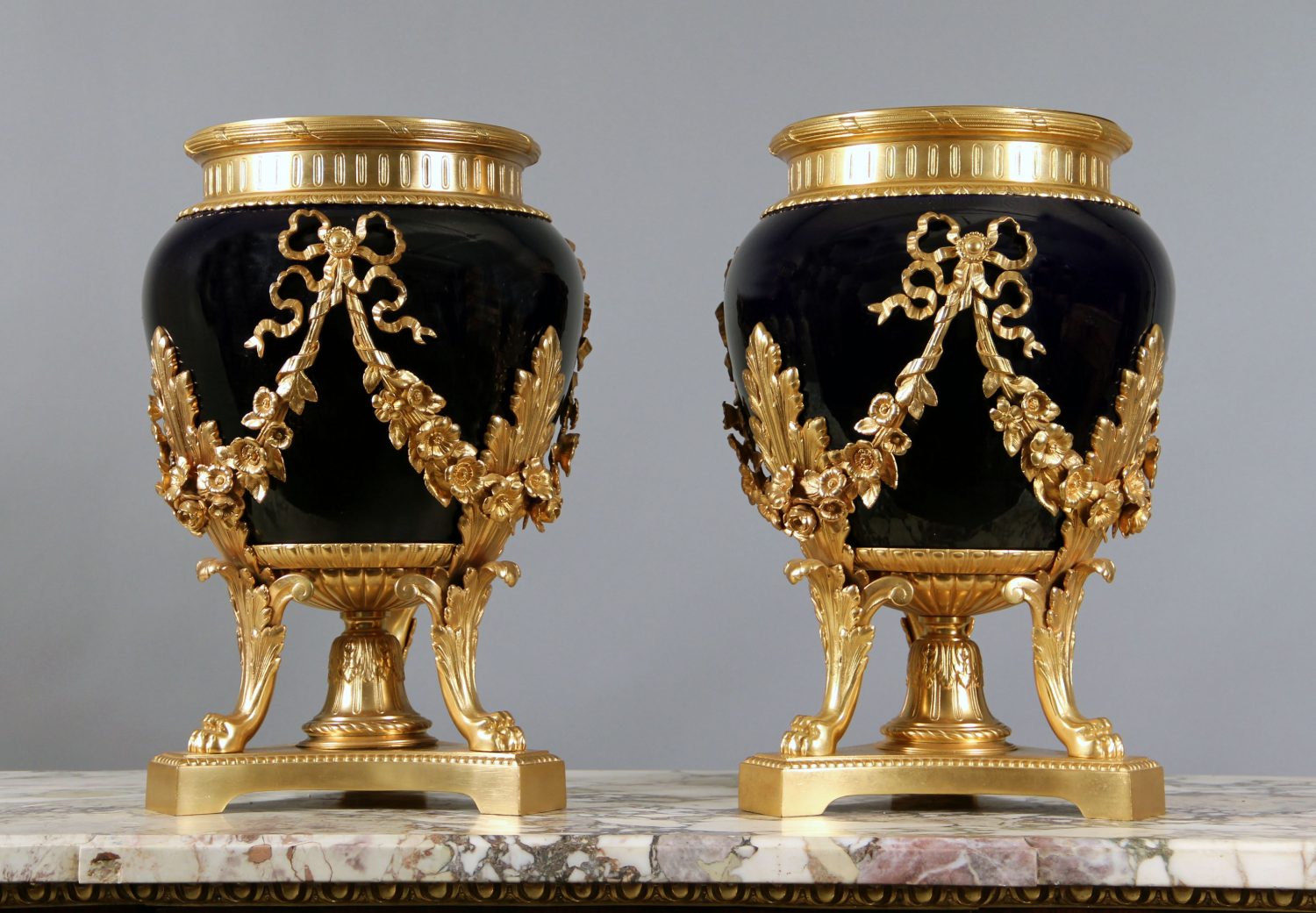 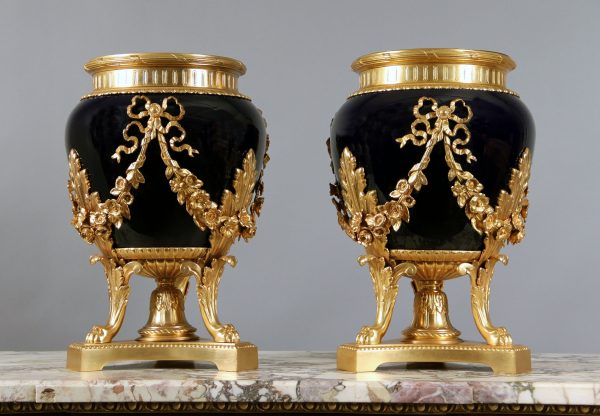 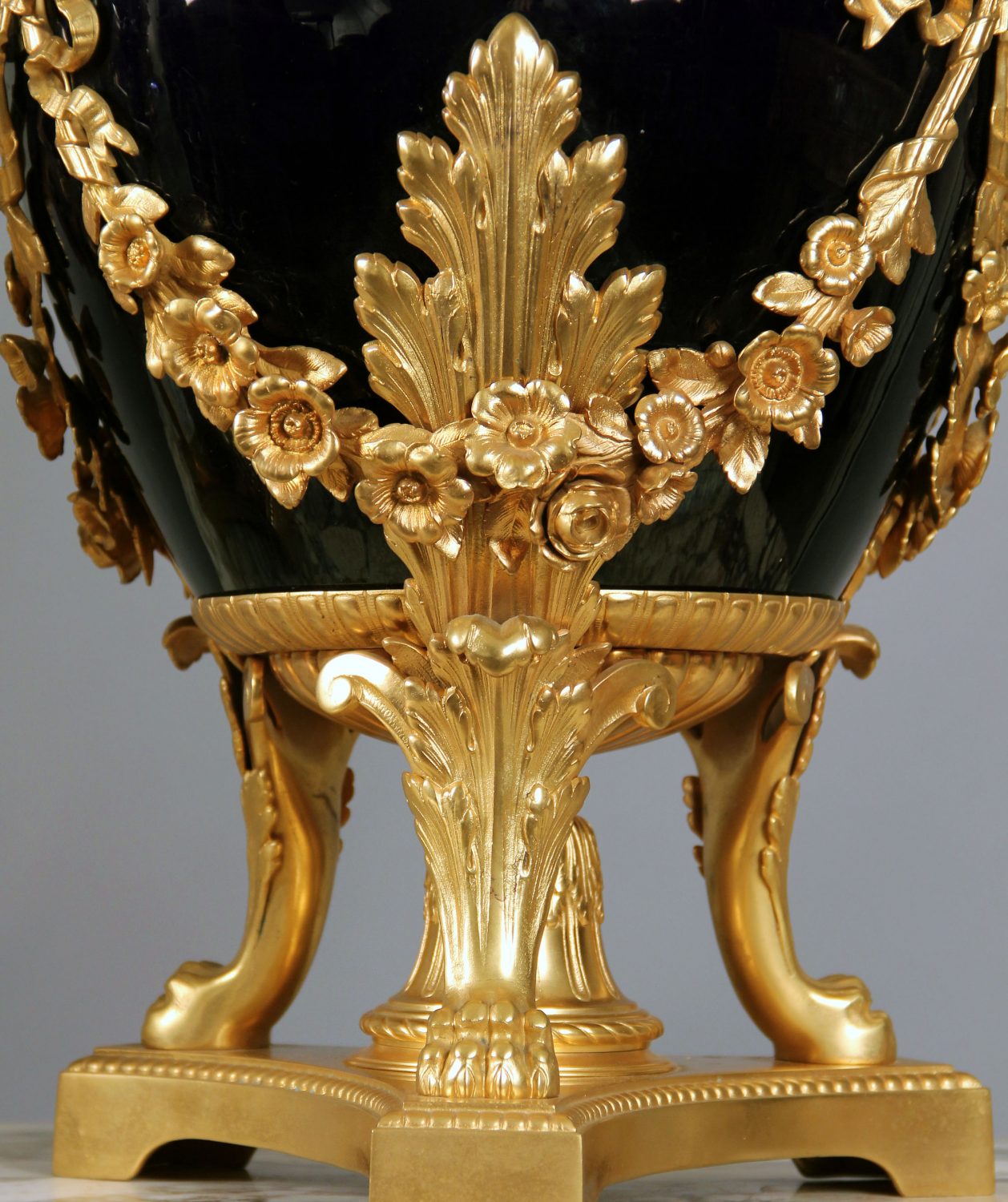 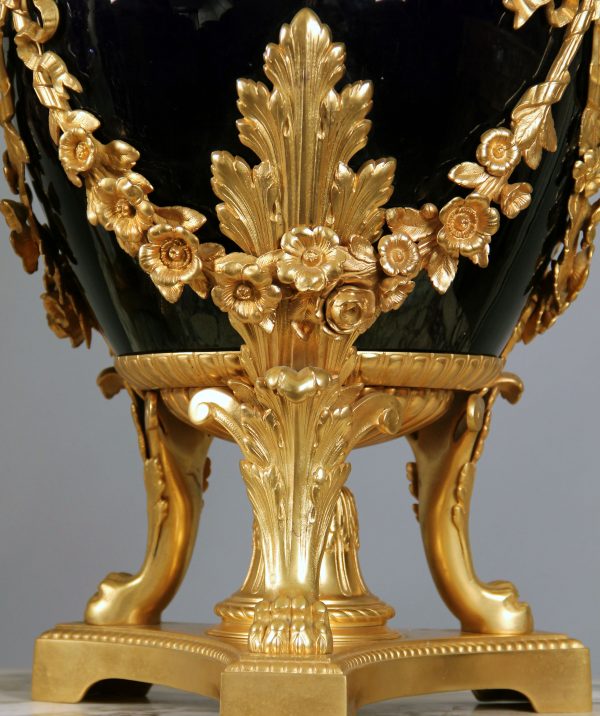 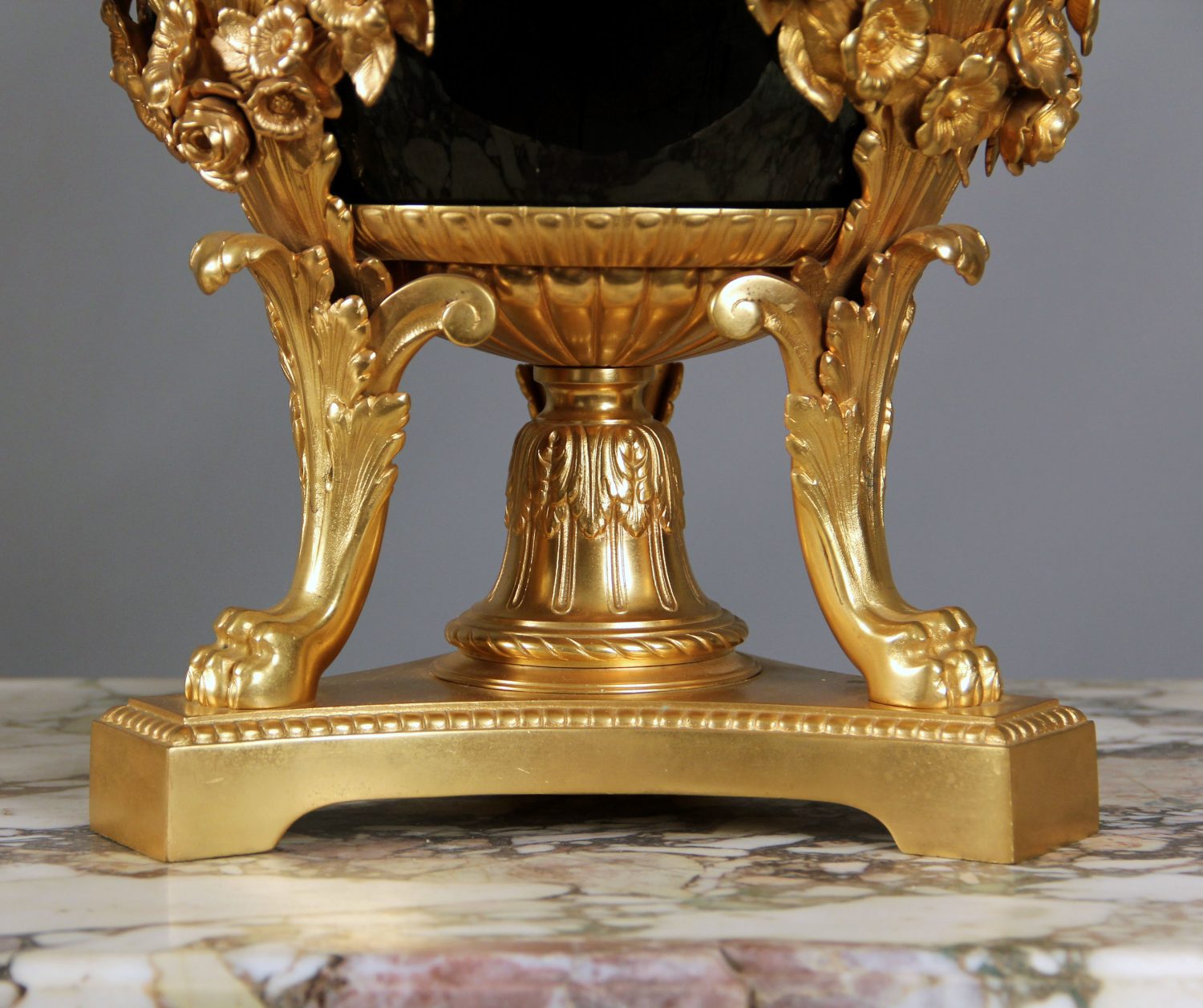 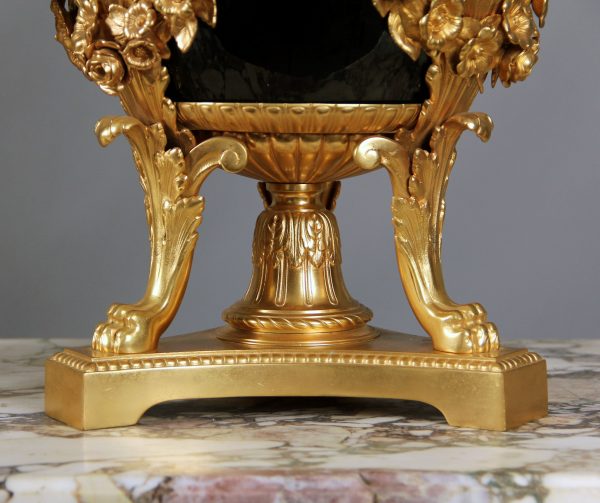 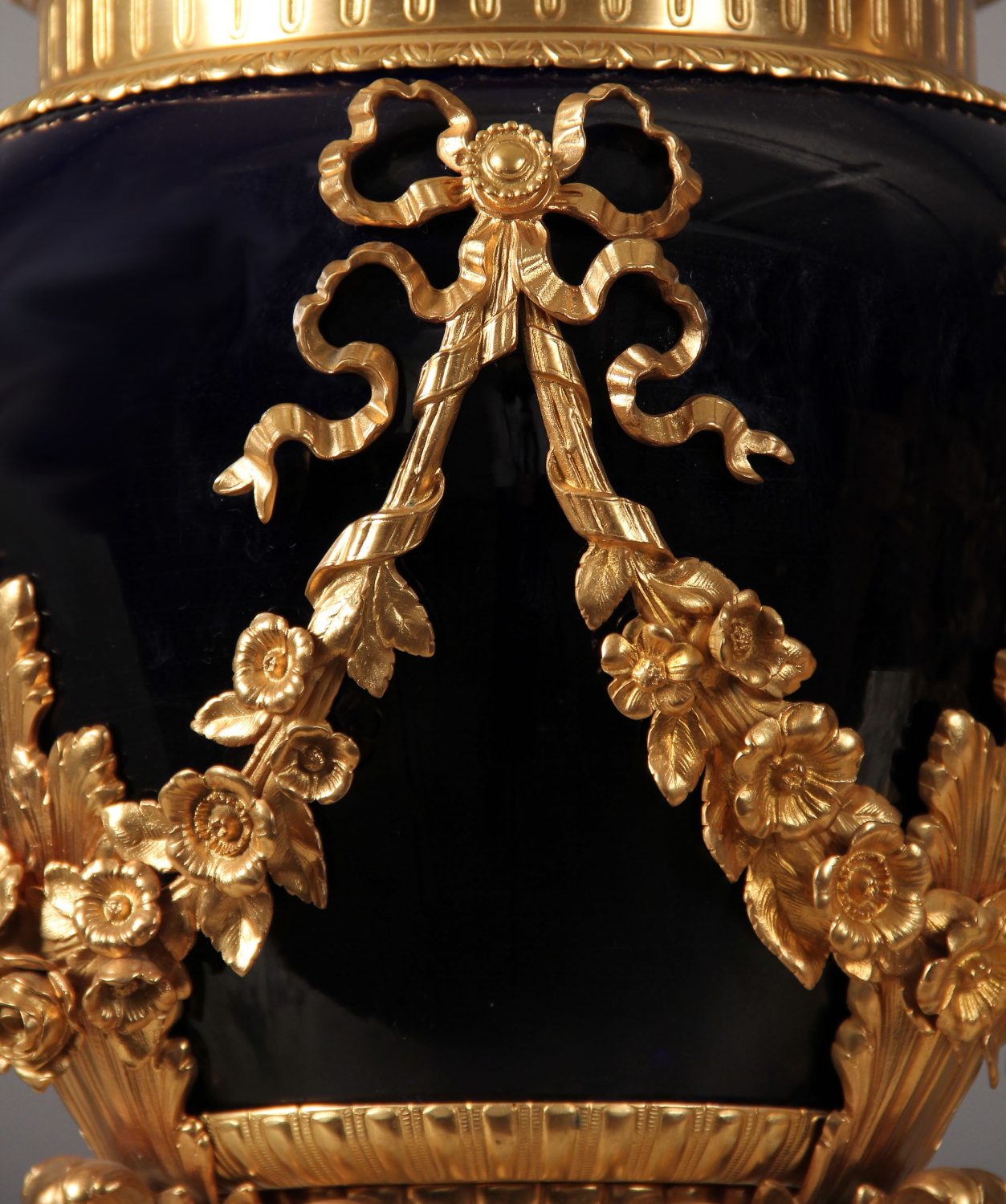 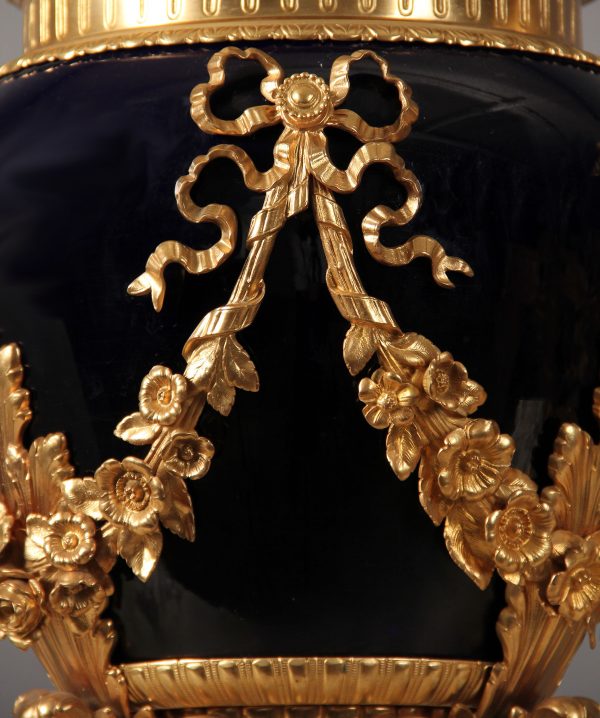 Each urn mounted with bow tied ribbons connected in the front and back with a foliate swags.