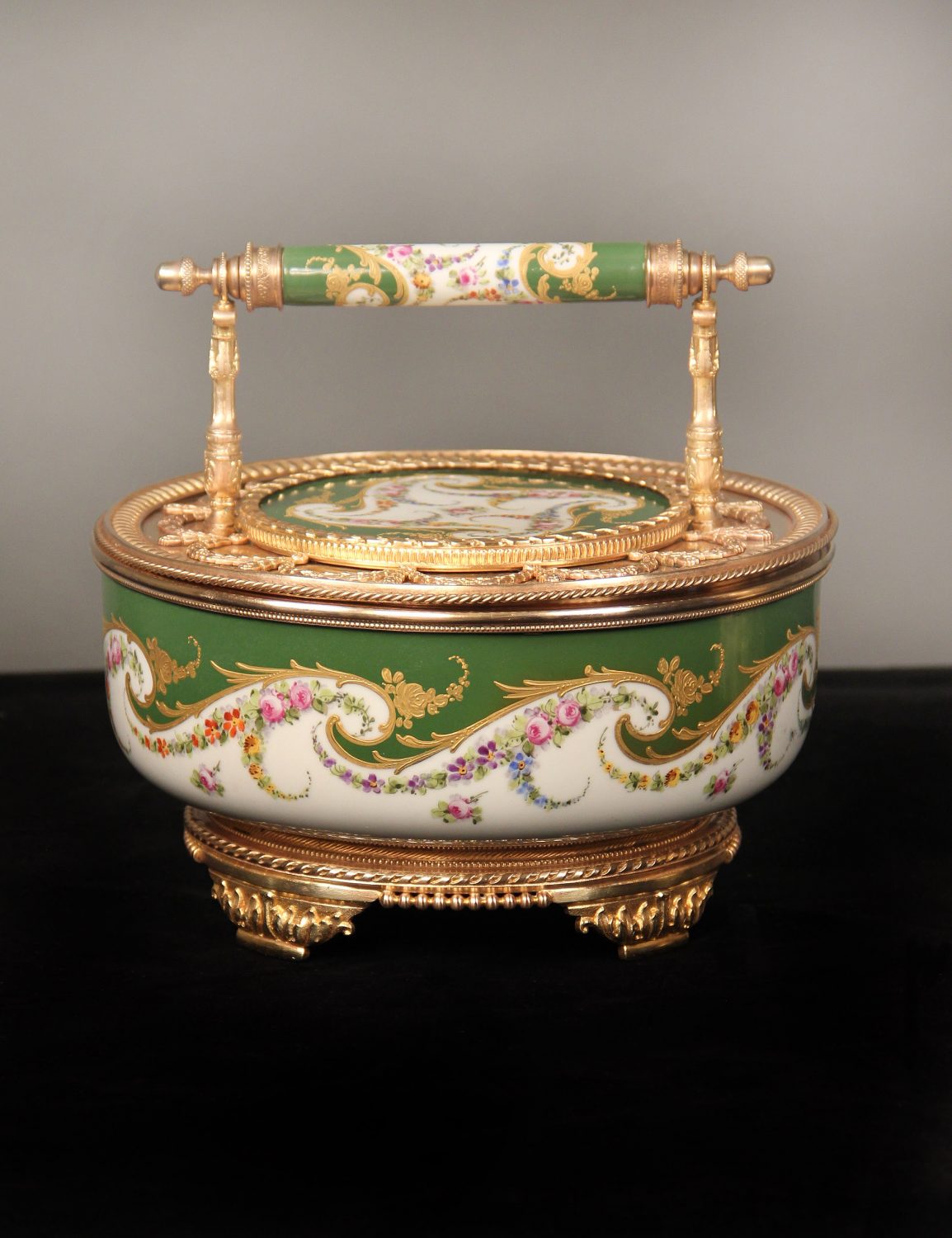 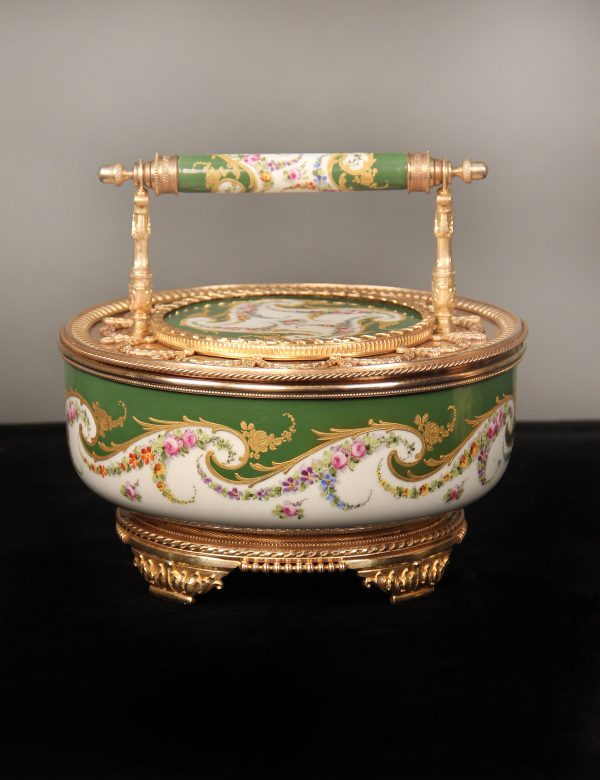 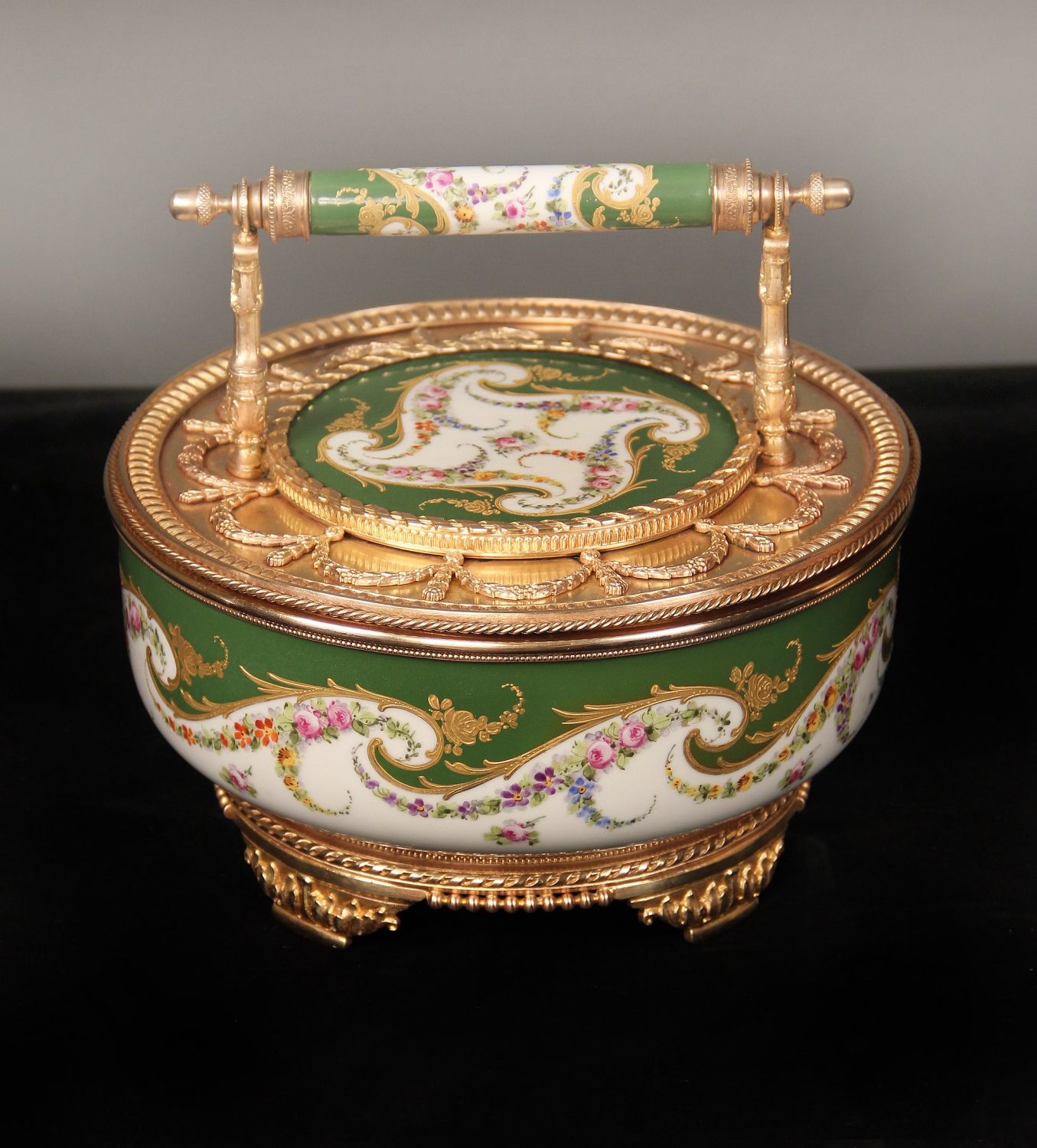 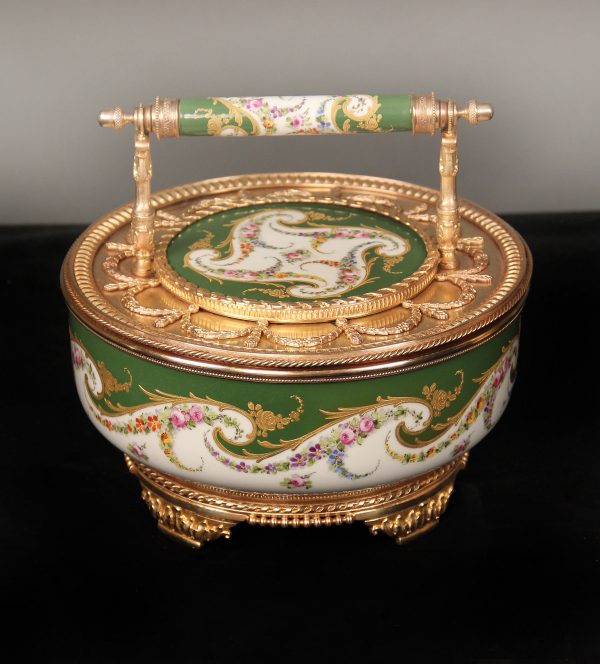 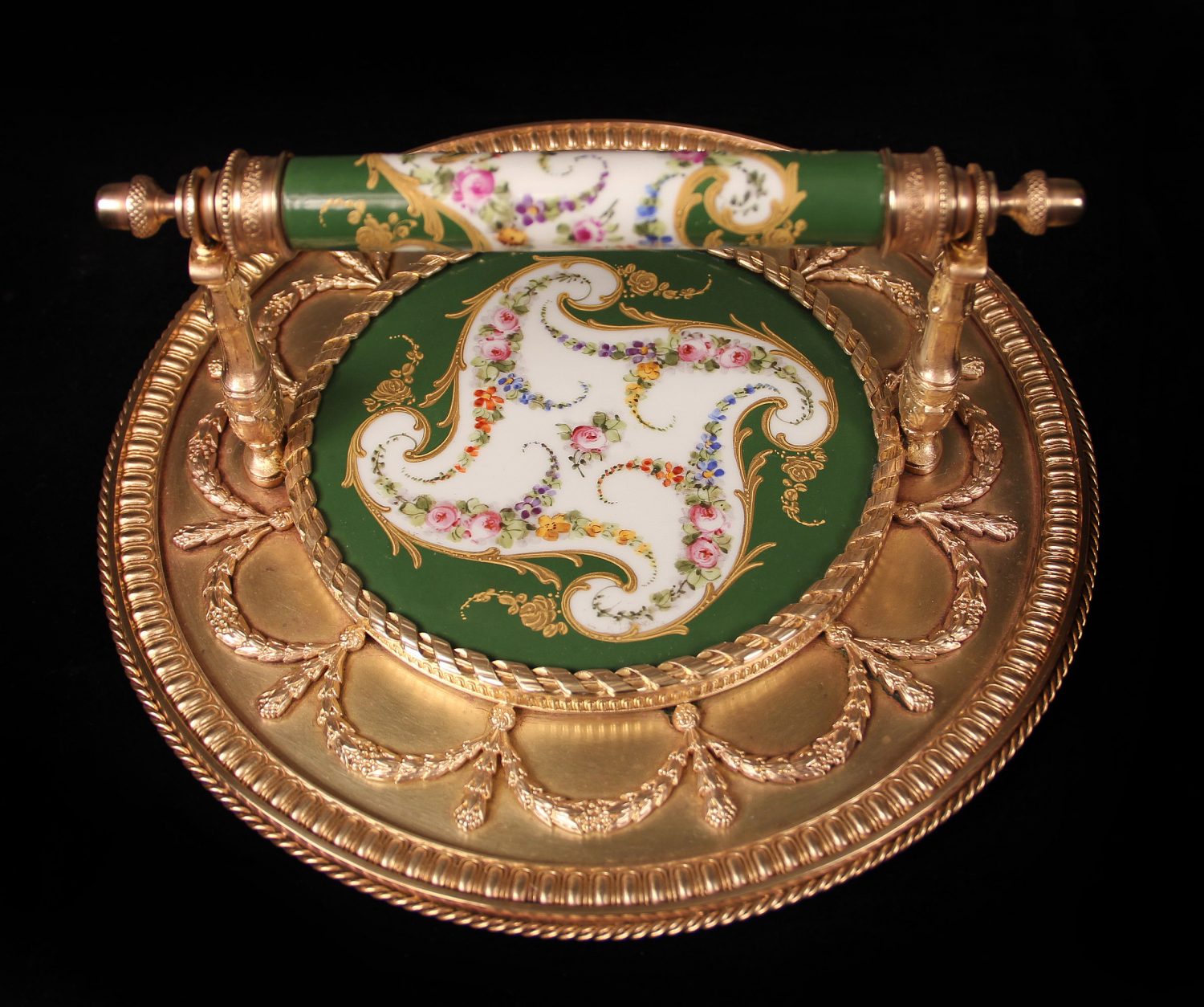 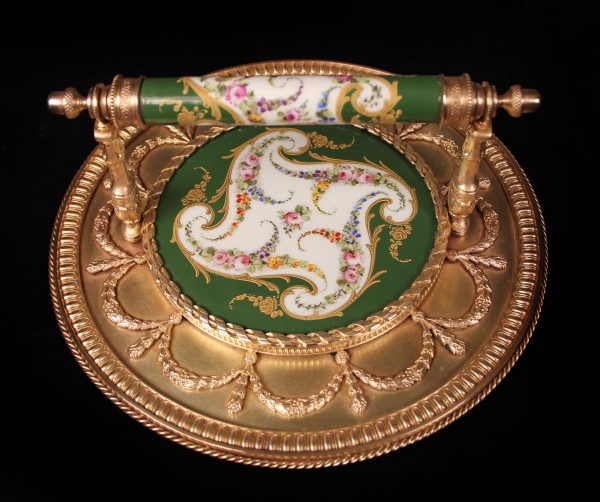 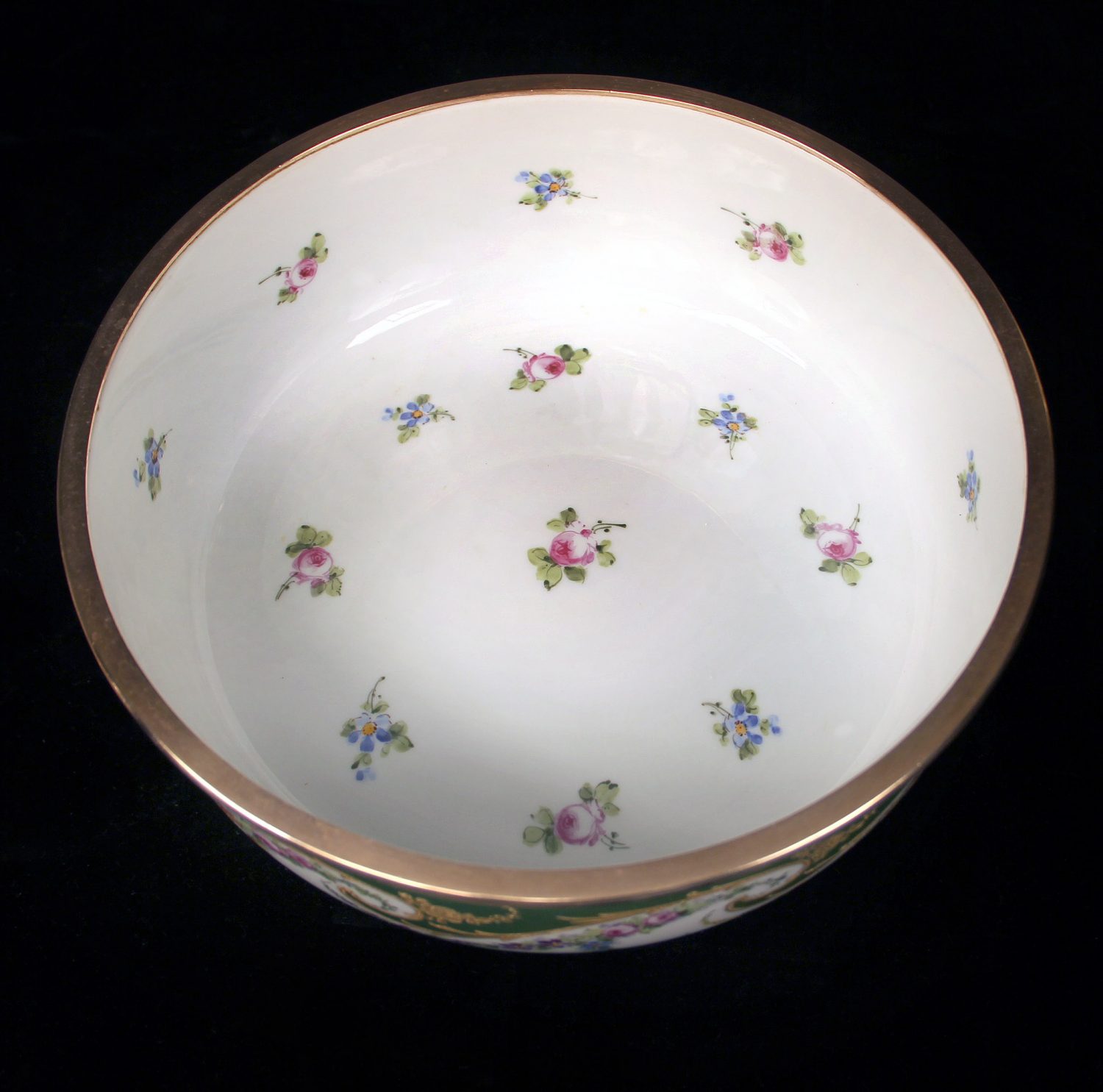 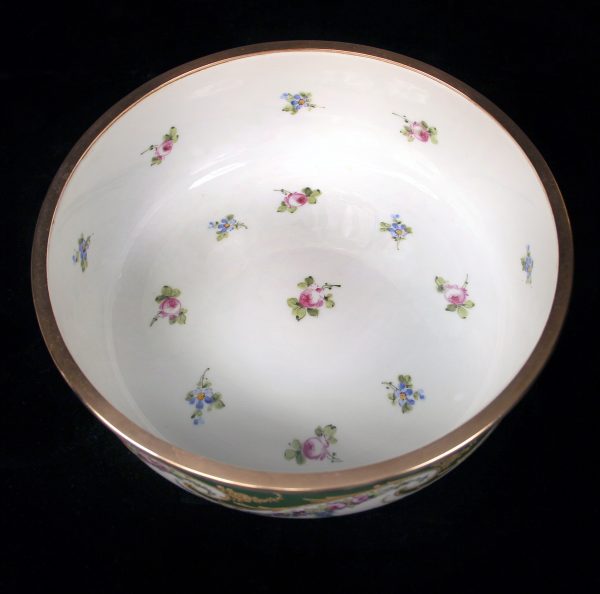 The green and white porcelain bowl painted with colorful flowers and with raised gilt designs, the cover and handle with similar porcelain designs.