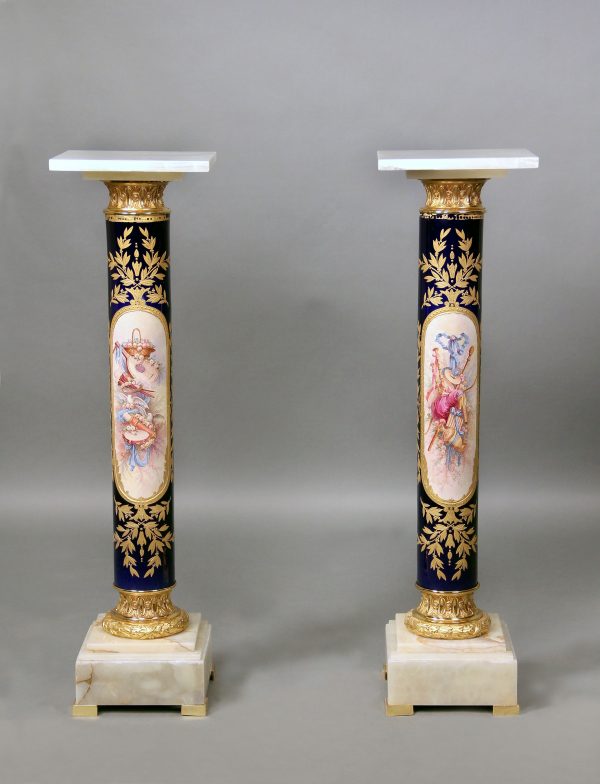 Square onyx top above a columnar support painted with musical trophies in a oval panel, flanked by scrolling gilt foliage, on a stepped onyx base.

Each Signed by the artist “Lucot”

The range of objects produced in the first half of the nineteenth century was enormous, as were the types of decoration that they employed. The Sèvres factory produced ninety-two new designs for vases. The factory is still in production today.
Details: