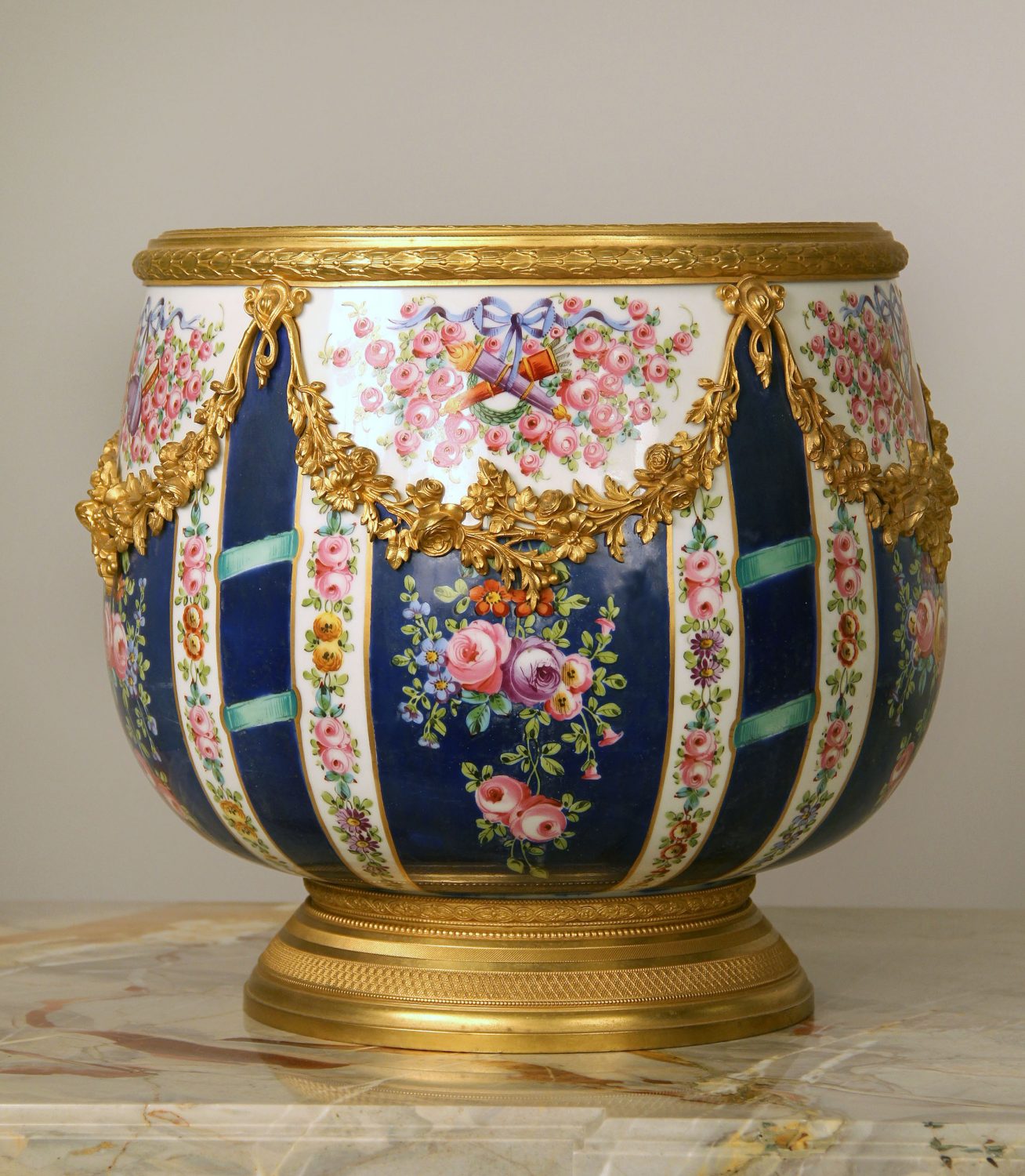 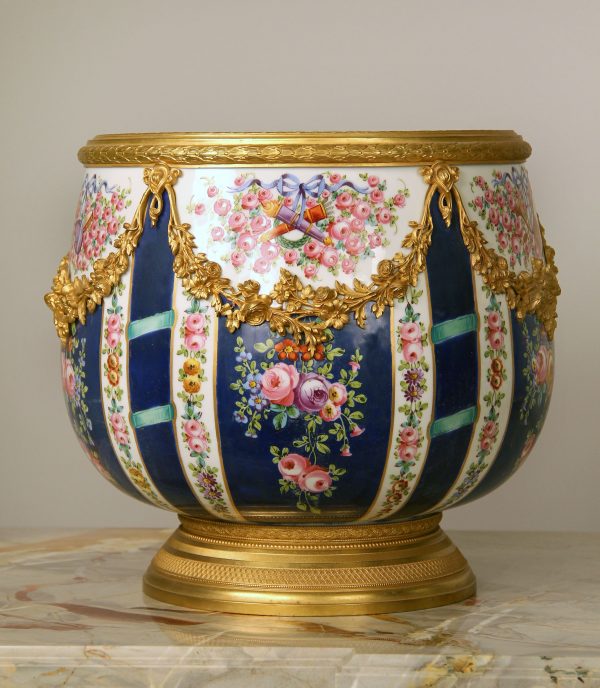 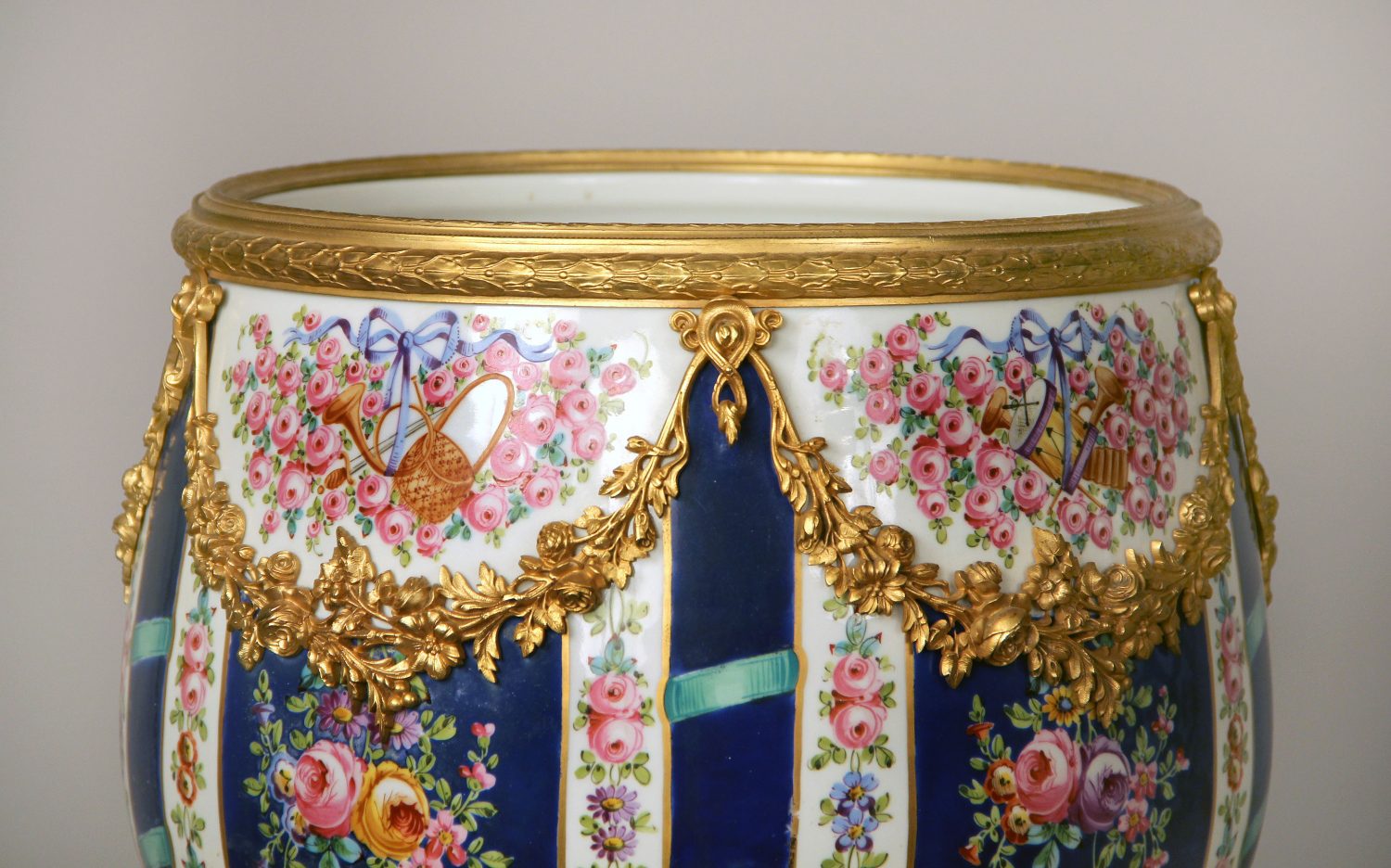 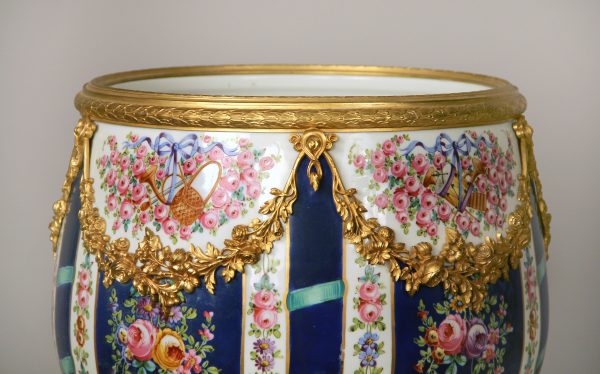 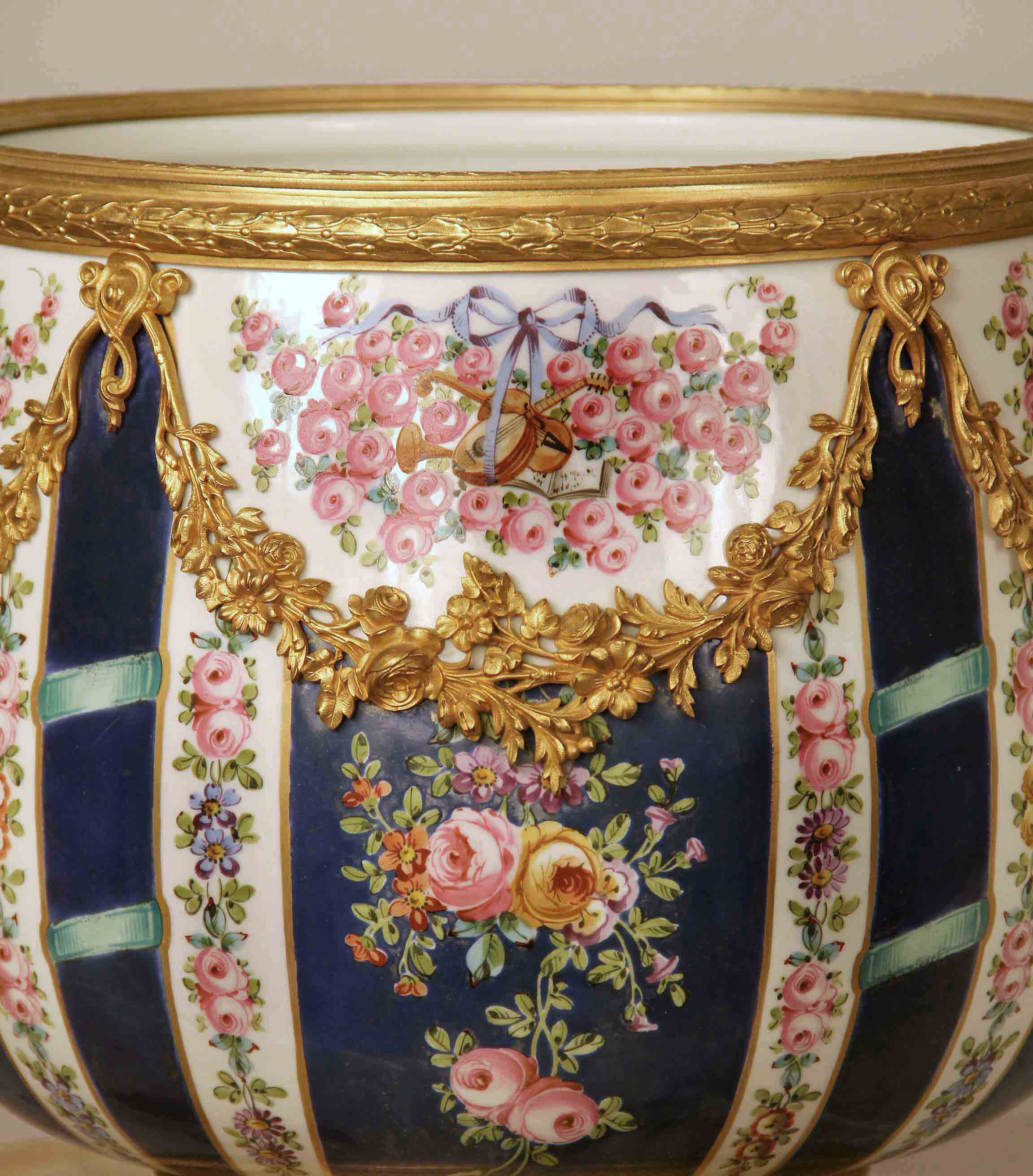 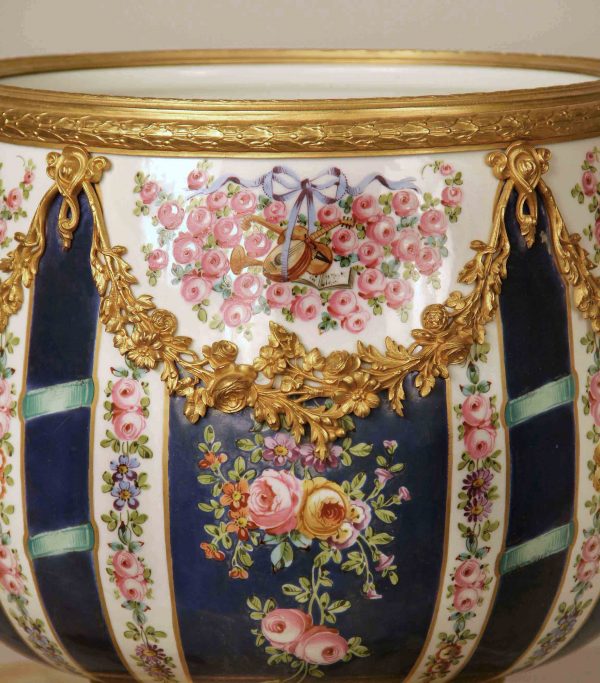 Finely painted with instruments, trophies and roses, mounted by bronze flowers and garlands.