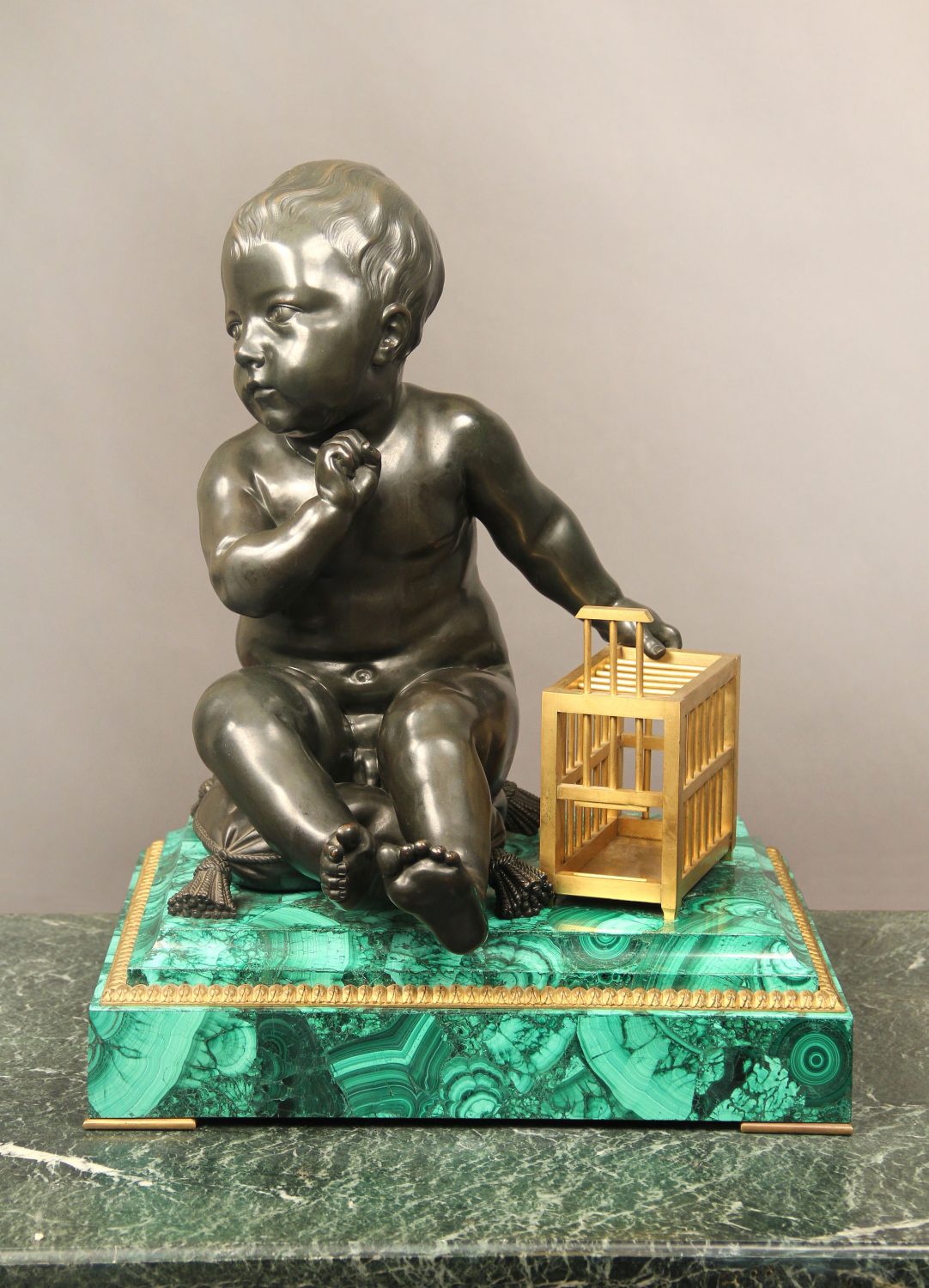 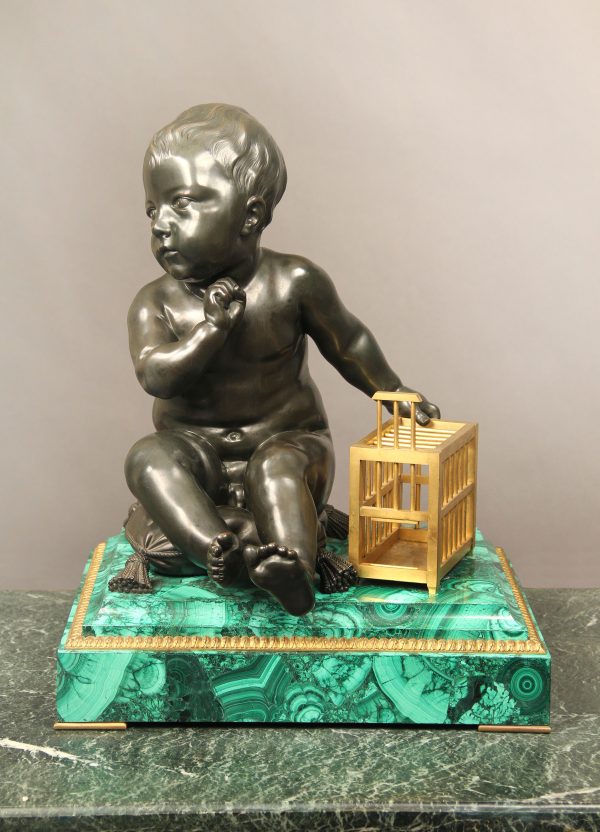 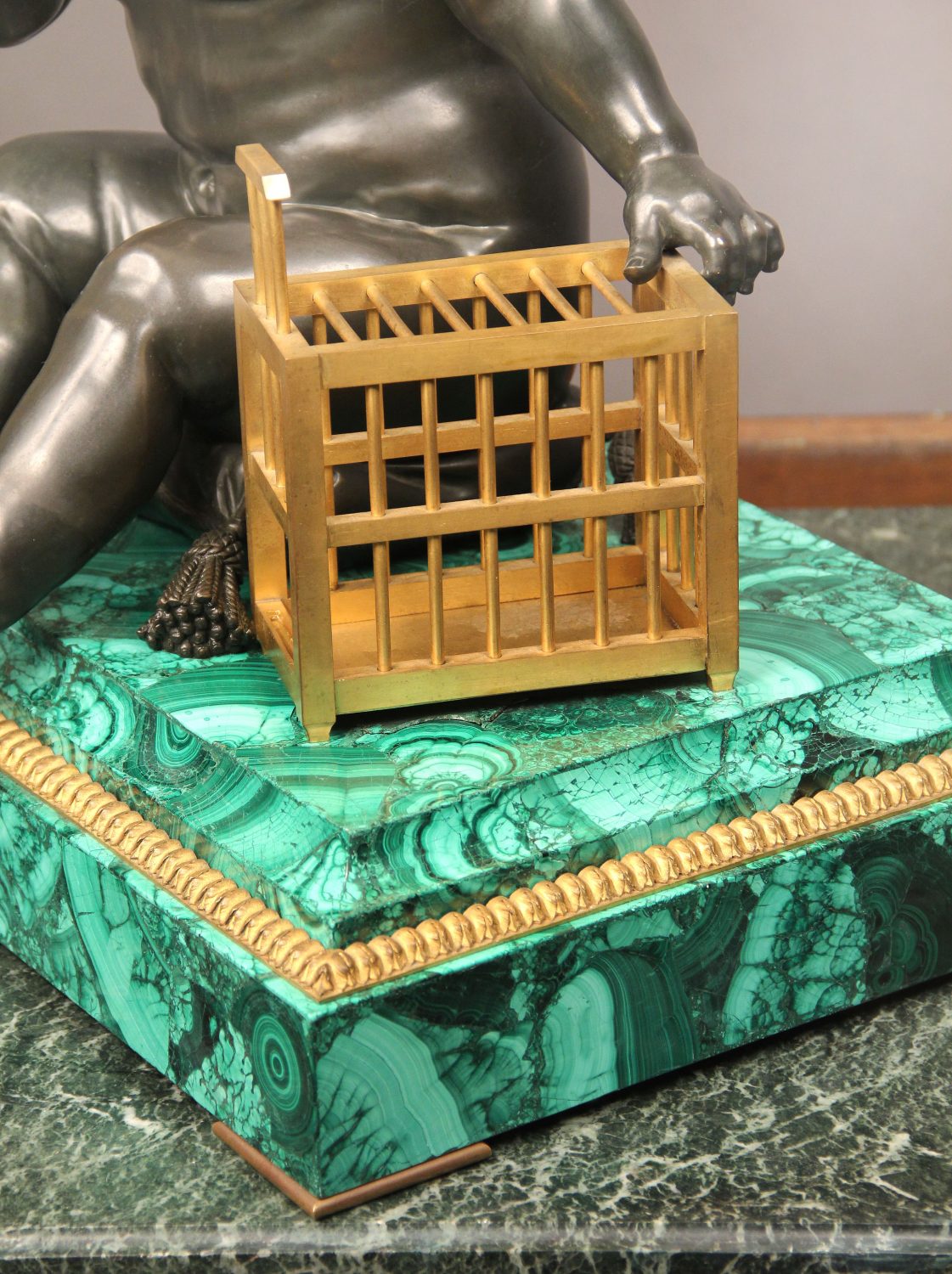 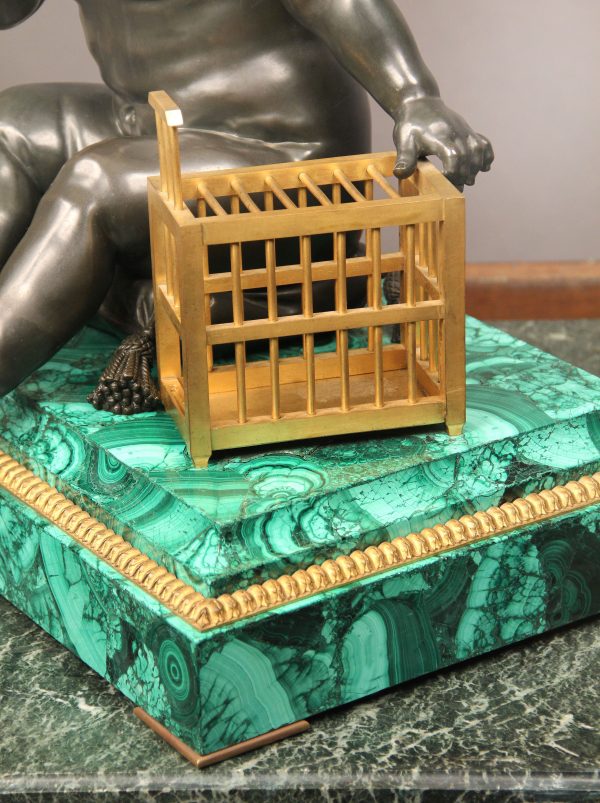 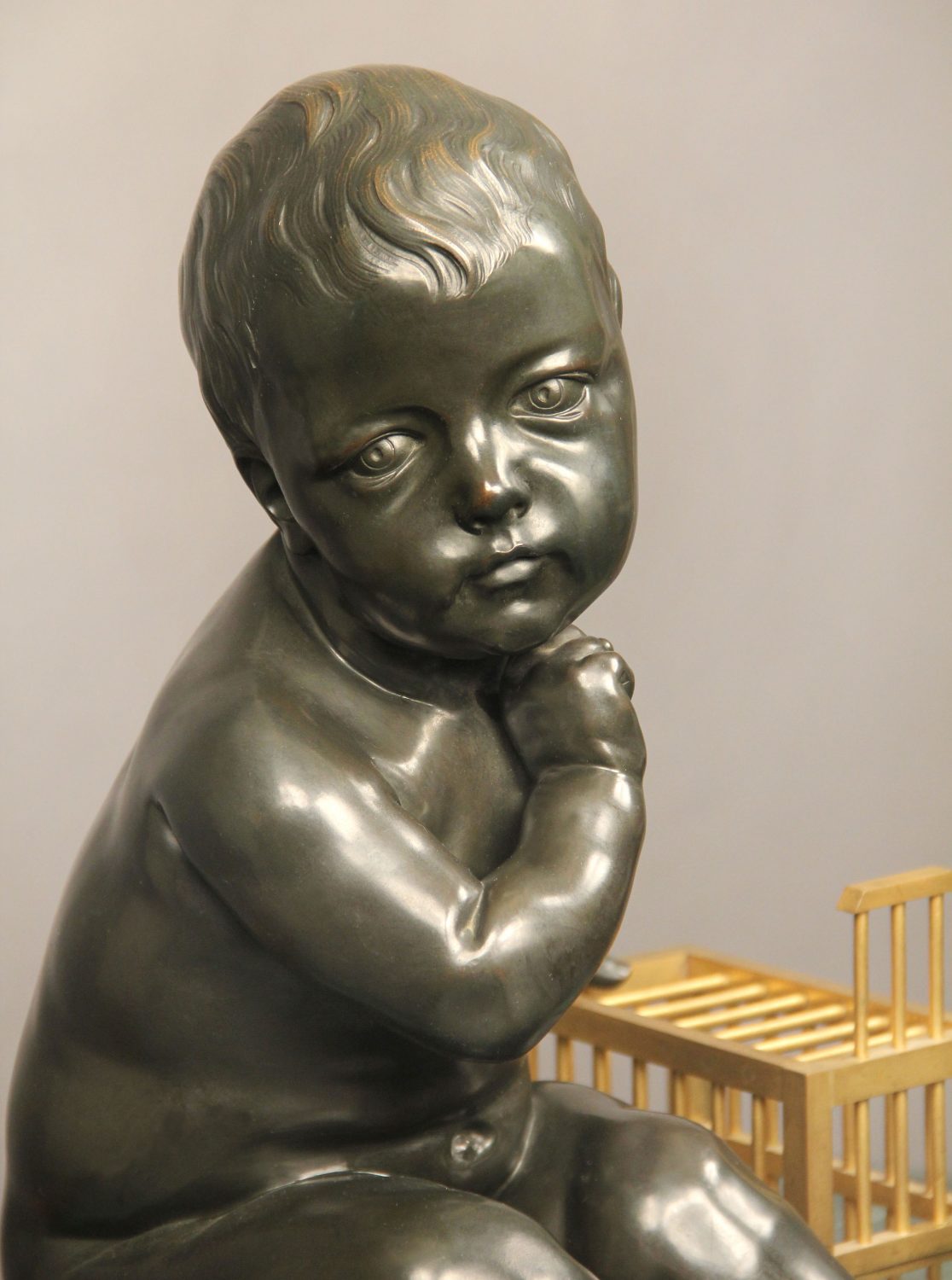 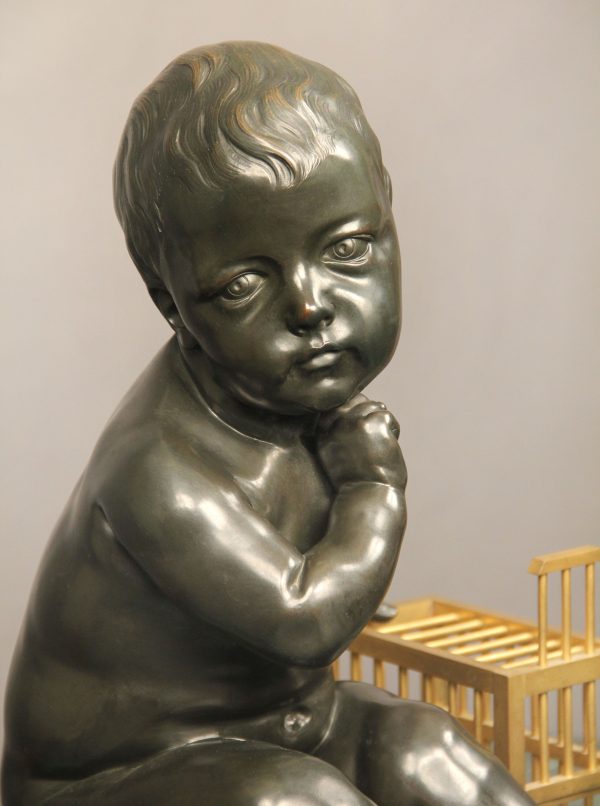 After the model by Jean-Baptiste Pigalle. Signed Thiebaut Freres Fondeurs Paris to the base of the pillow.

Thiébaut Frères:
First located on rue Faubourg-Saint-Denis, this family firm was originally producing copper cylinders that were used for printing on fabrics. They started to work as founders from 1851, under Victor Thiébaut’s supervision. He established a foundry devoted to works of art. At the beginning, they cast raw bronzes that they gave to Barbedienne or other founders to finish. Then Victor Thiébaut went into patrnership with various famous sculptors: David d’Angers, Carpeaux, Falguière, Carrier-Belleuse, Paul Dubois or Pradier. The factory also made vases, cups and fireside accessories.The firm cast monumental pieces too, such as Saint Michel striking down the dragon designed by Duret for the Saint-Michel’s fountain in Paris, and Napoleon I designed by Dumont for the Vendôme column. Victor Thiébaut gradually became blind. In 1870, his three sons, Victor (1849-1908), Jules (1854-1898) and Henri who was also sculptor (1855-1899) became the head of the firm. In 1877, it moved to 32 Villiers’ Street. In 1884, the firm established a new shop on 32, Avenue de l’Opera. At that period the company took part in many exhibitions and made a lot of outstanding monumental works: Gloria Victis by Mercié, monument devoted to Paris’ Defence made by Barrias, statue of Alexandre Dumas Père and the vase called Le Poème de la Vigne (San Francisco Museum), both made by Gustave Doré, statue of Etienne Marcel made by Idrac for the Paris’ City Hall, statue depicting the Republic by Morice, statue depicting Charlemagne by Marquet brothers, and a reduction of the Statue of Liberty made by Bartholdi which is now on Grenelle’s bridge in Paris. Victor Thiébaut split his firm. He associated Fumière and Gavignot and created a subsidiary company called “Thiébaut Frères, Fumière and Gavignot successeurs”. This subsidiary company was located on the l’avenue de l’Opéra. At that time, works were marked “Thiébaut Frères, Fumière and Gavignot successeurs”. In 1898, Rodin signed a contract with this company regarding the casting of two of his works in different sizes: Saint John the Baptist and Triumphant youth. In 1901, Victor Thiébaut sold the firm to Gasne and retired.