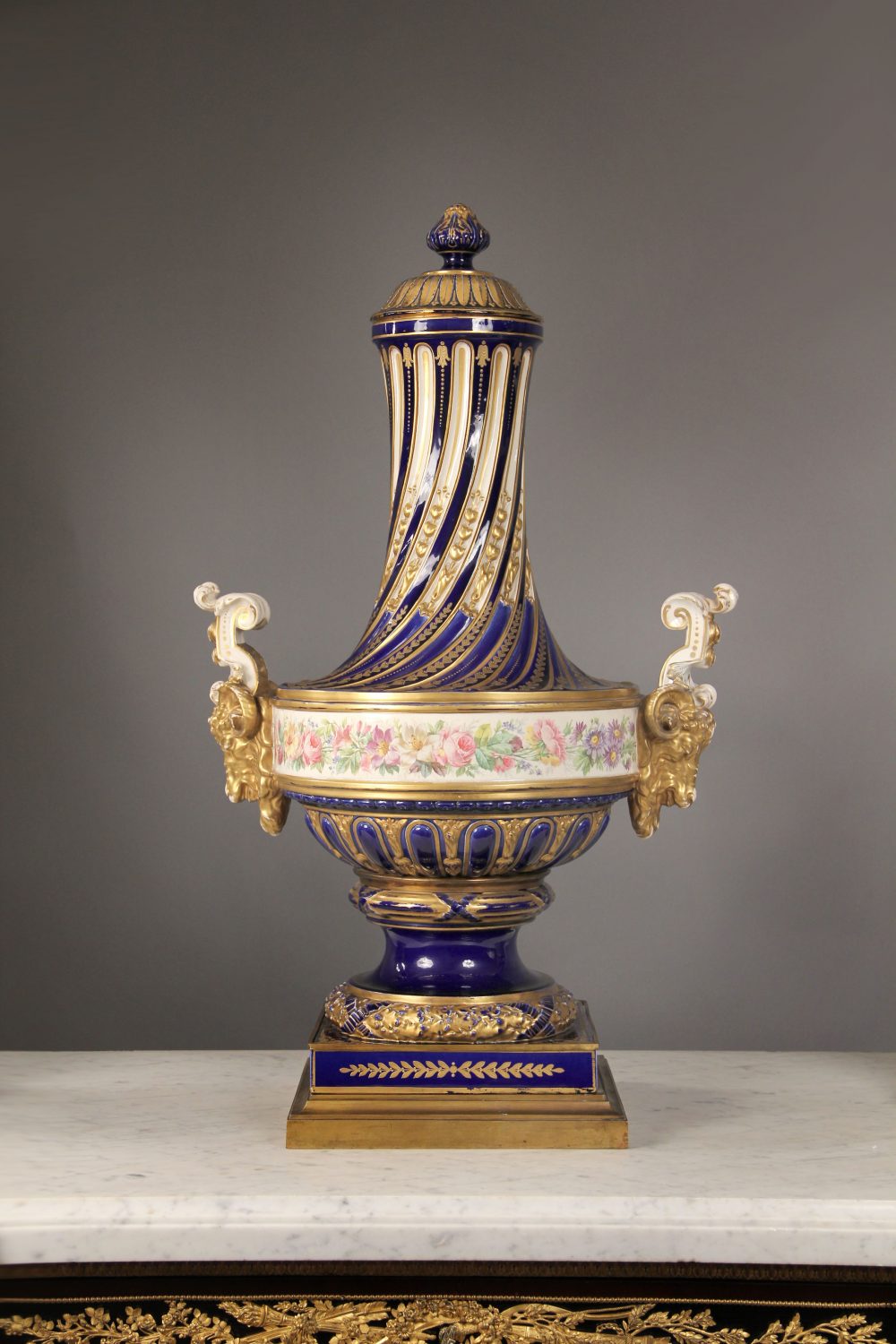 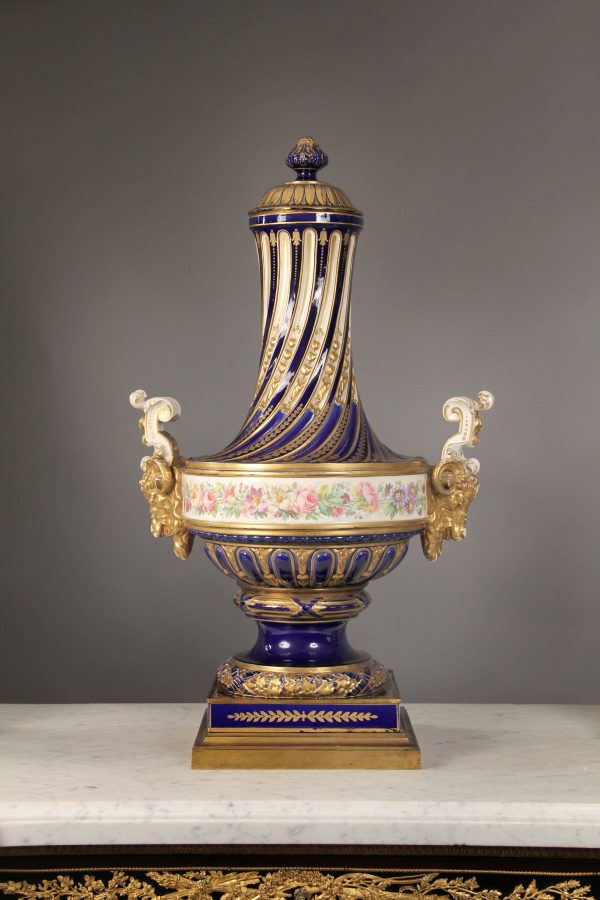 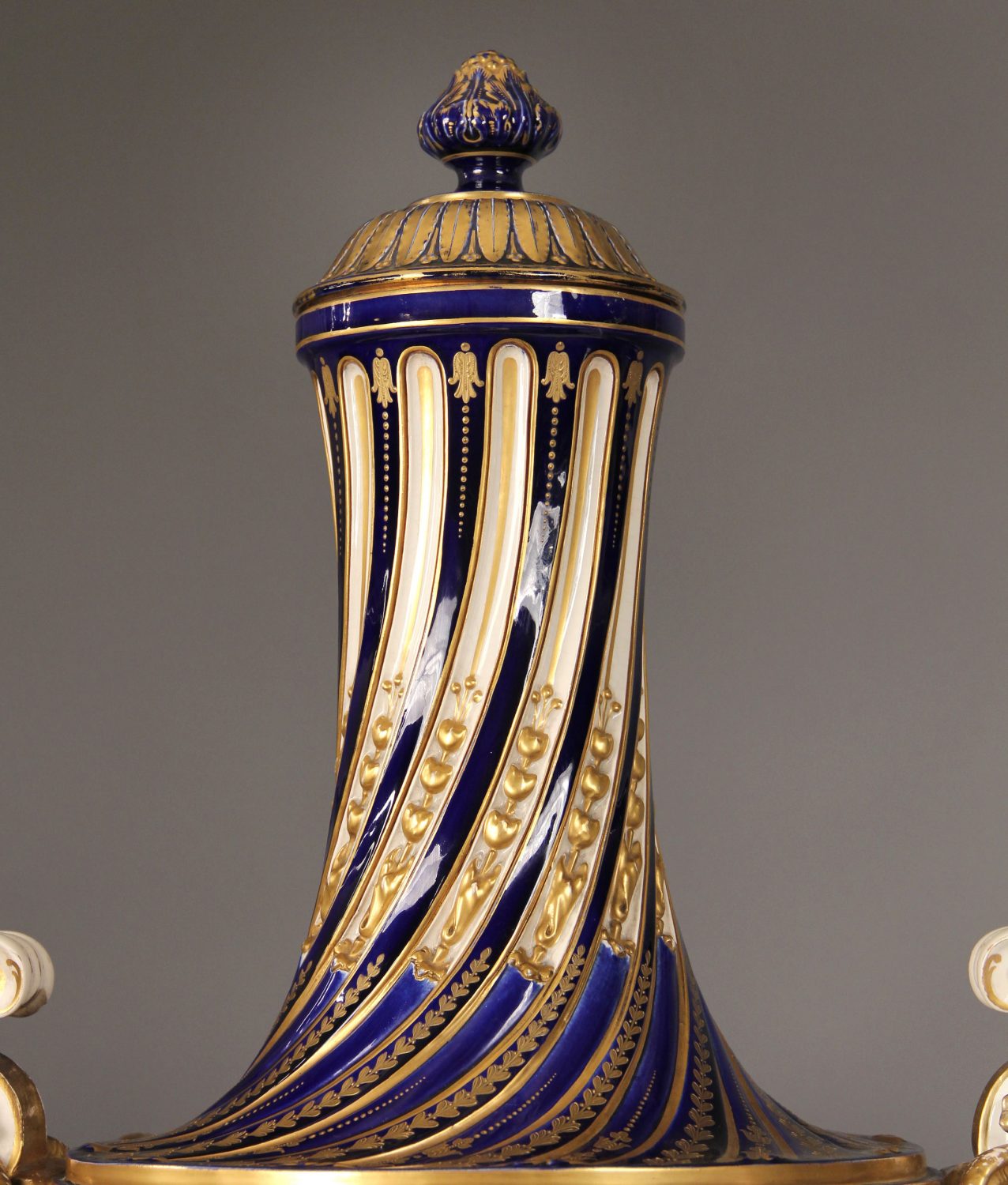 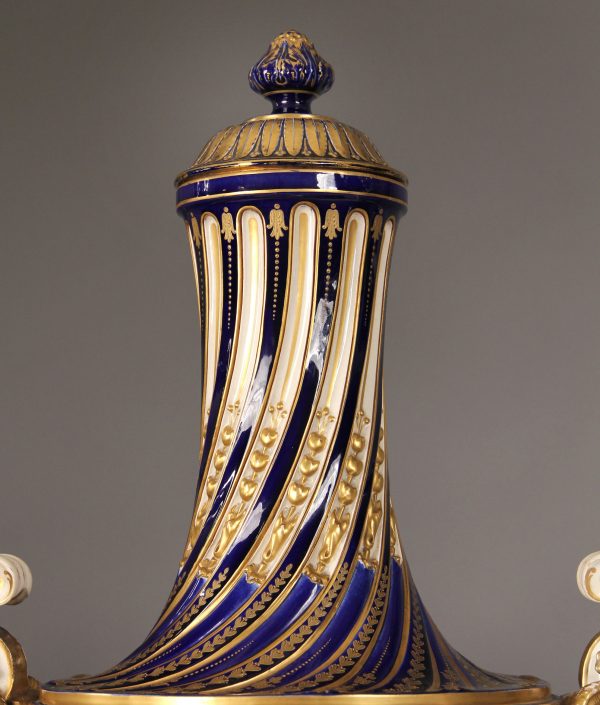 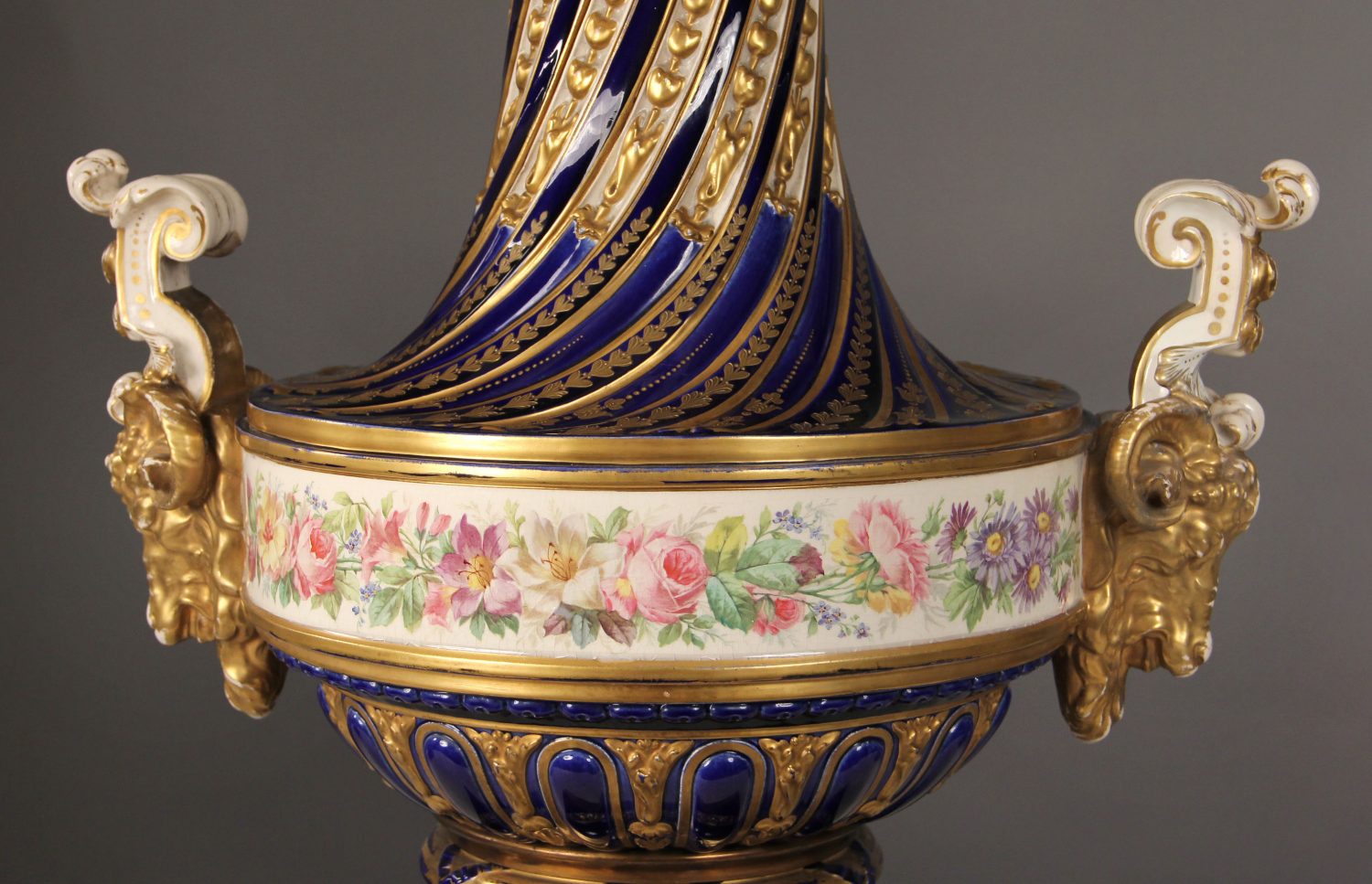 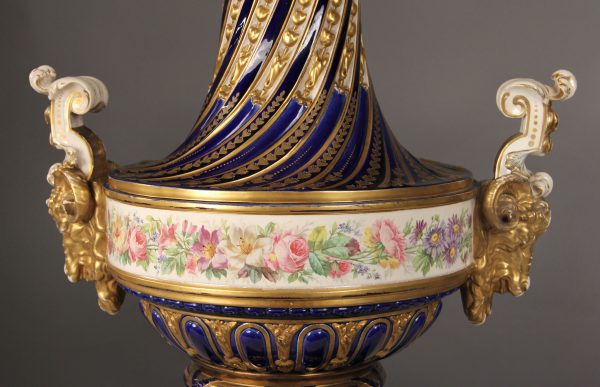 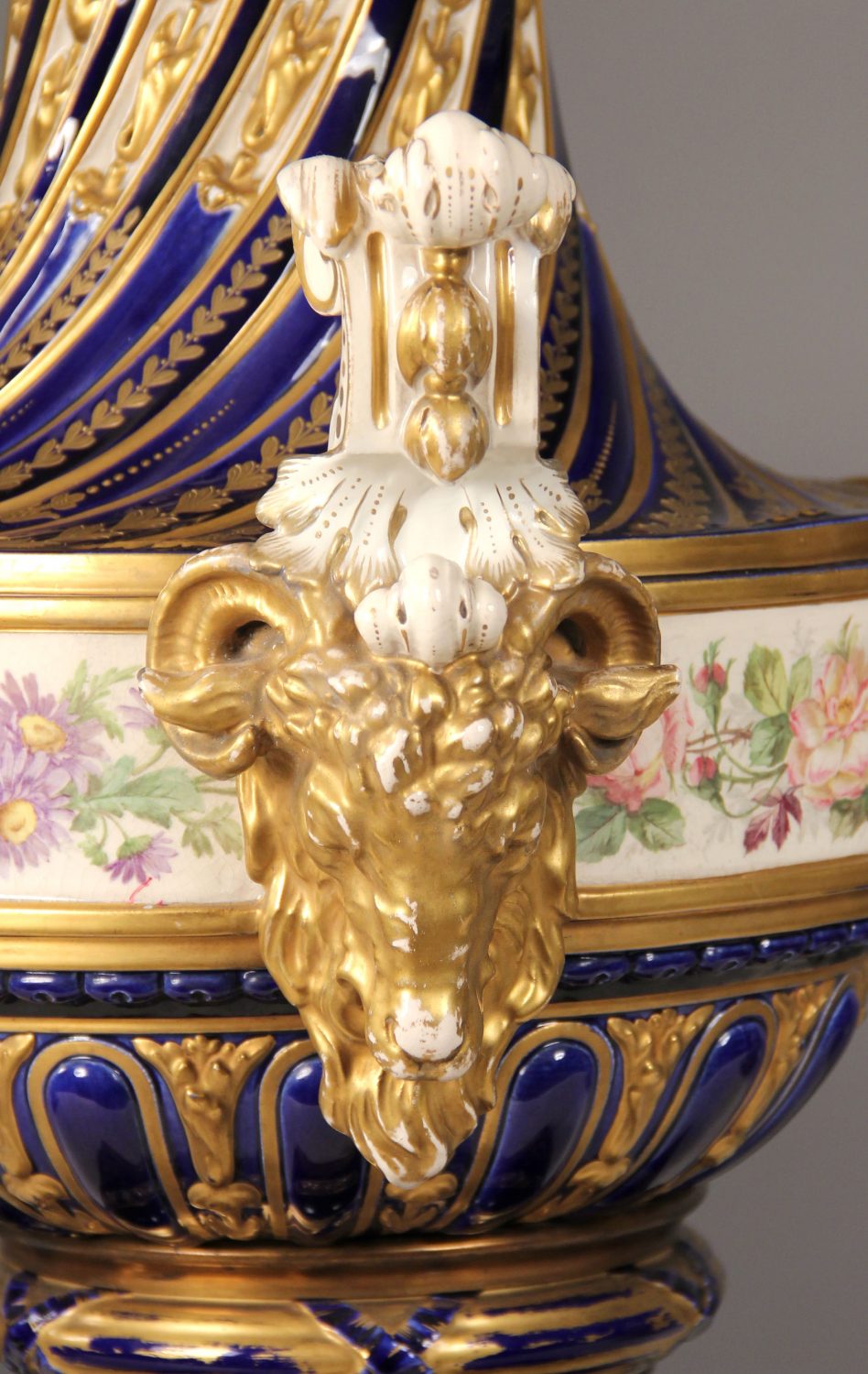 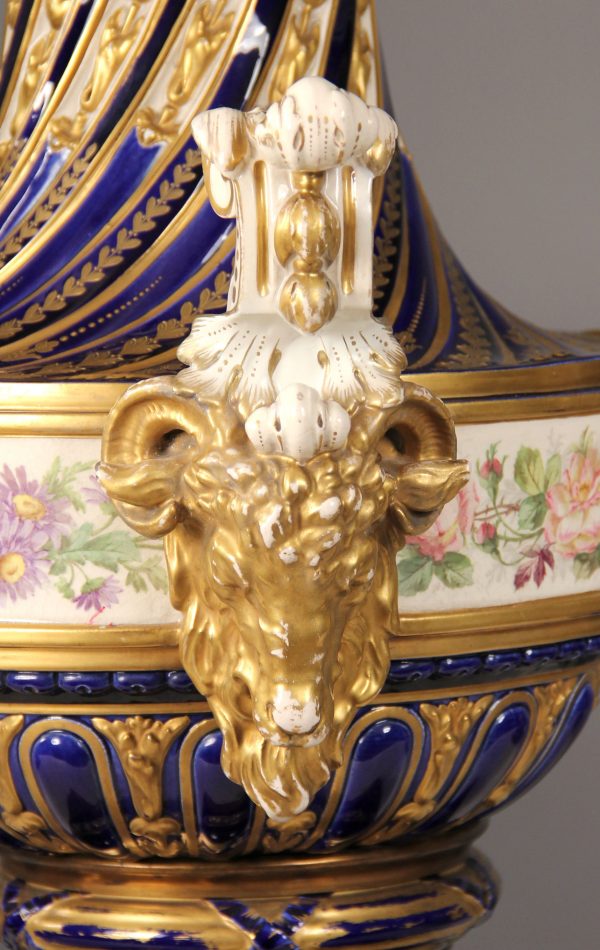 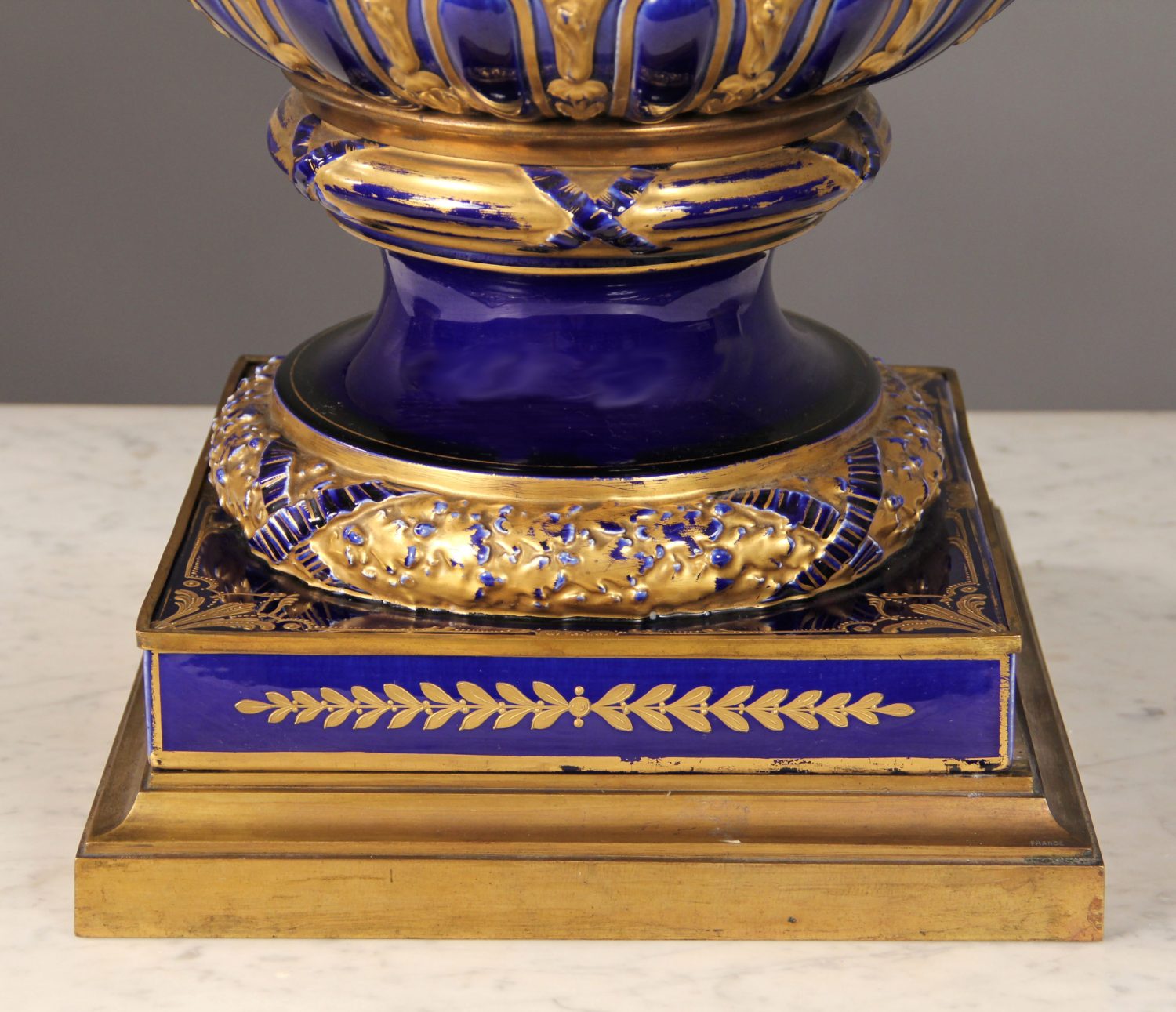 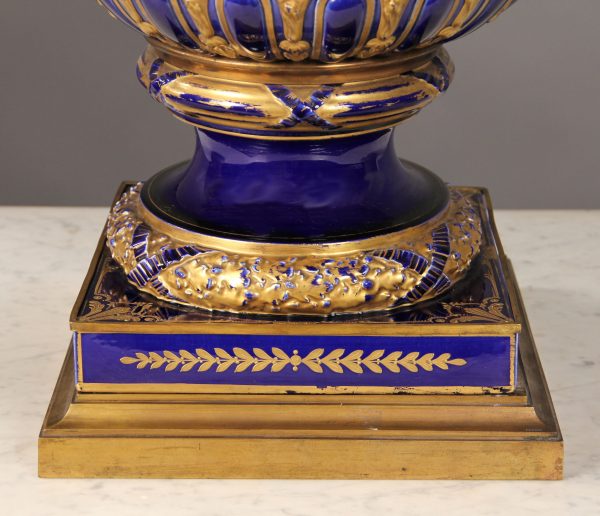 Twisting neck above a floral frieze, flanked by ram faces.