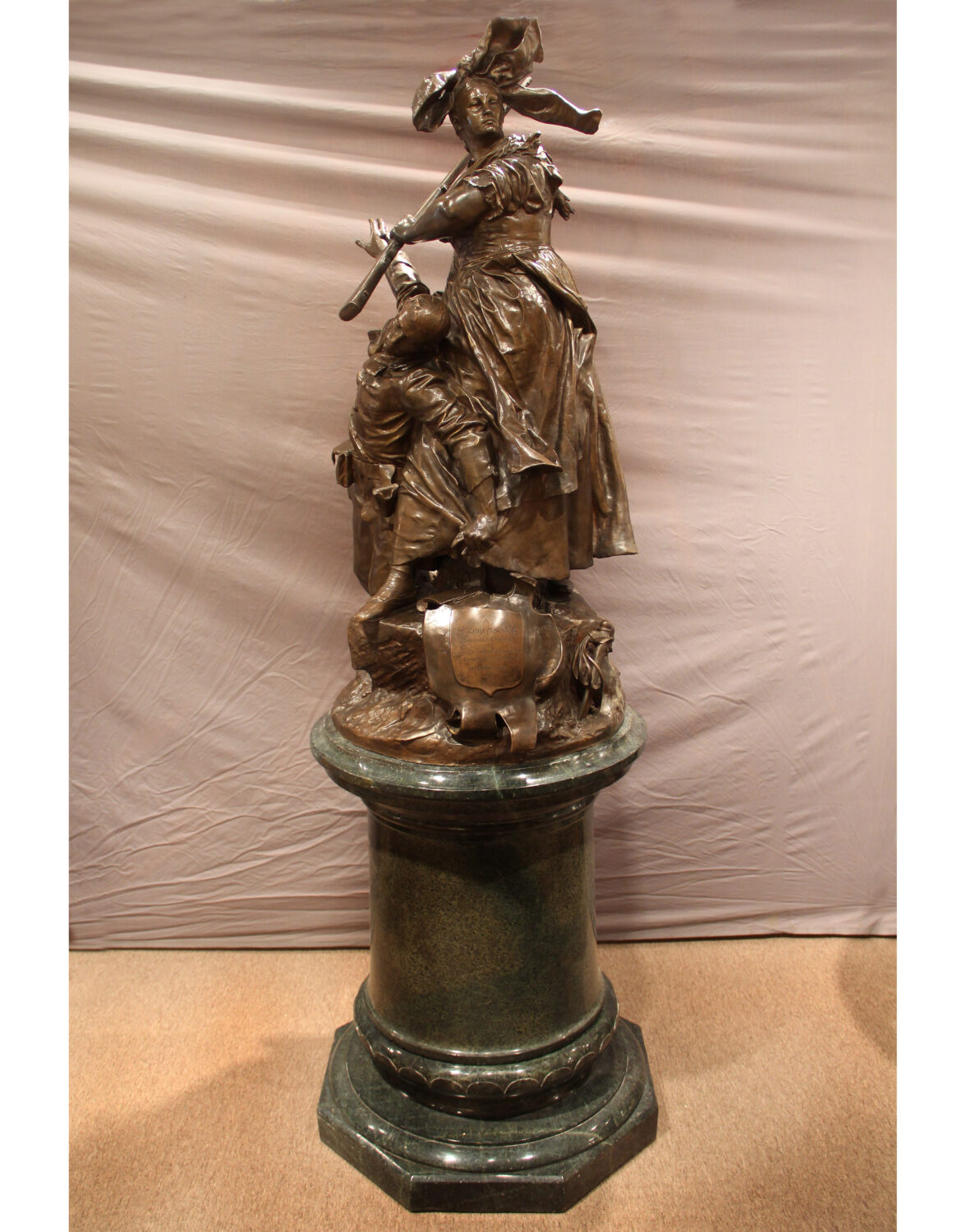 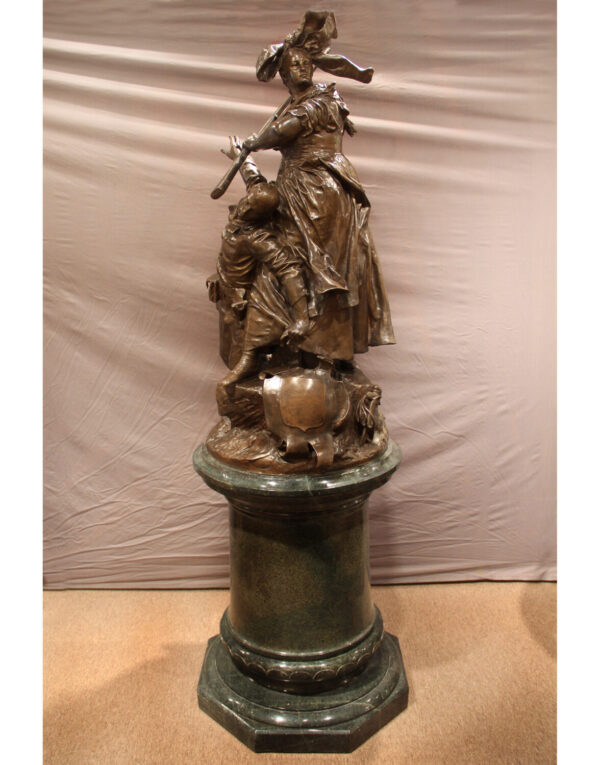 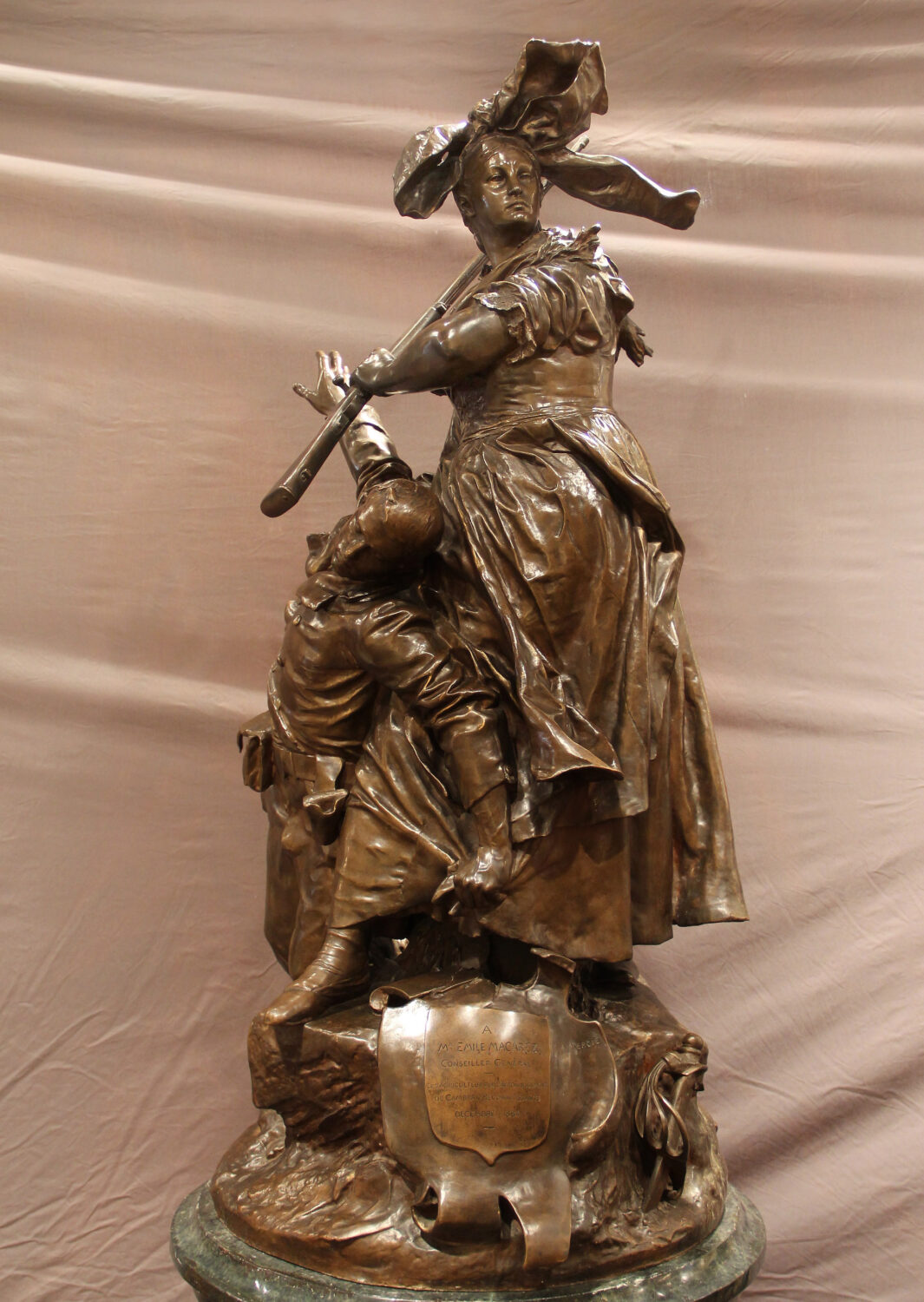 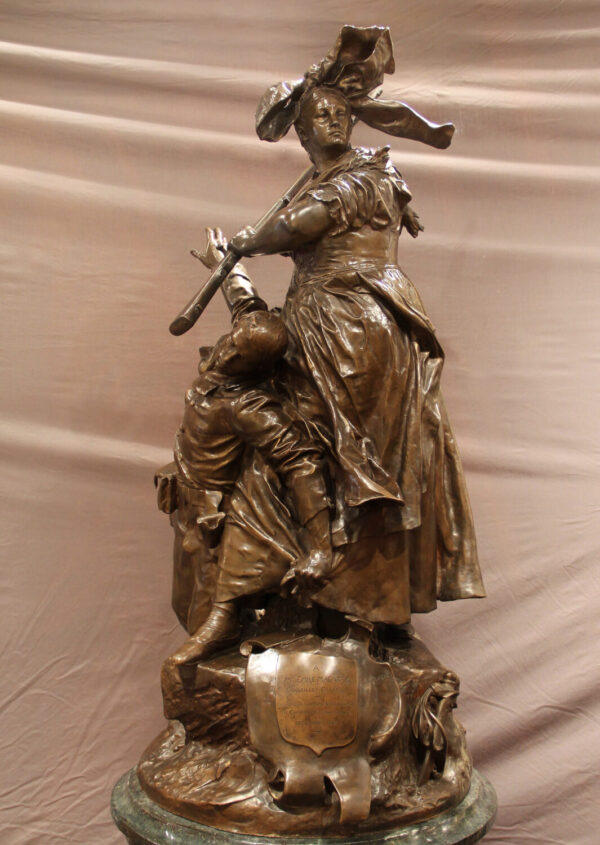 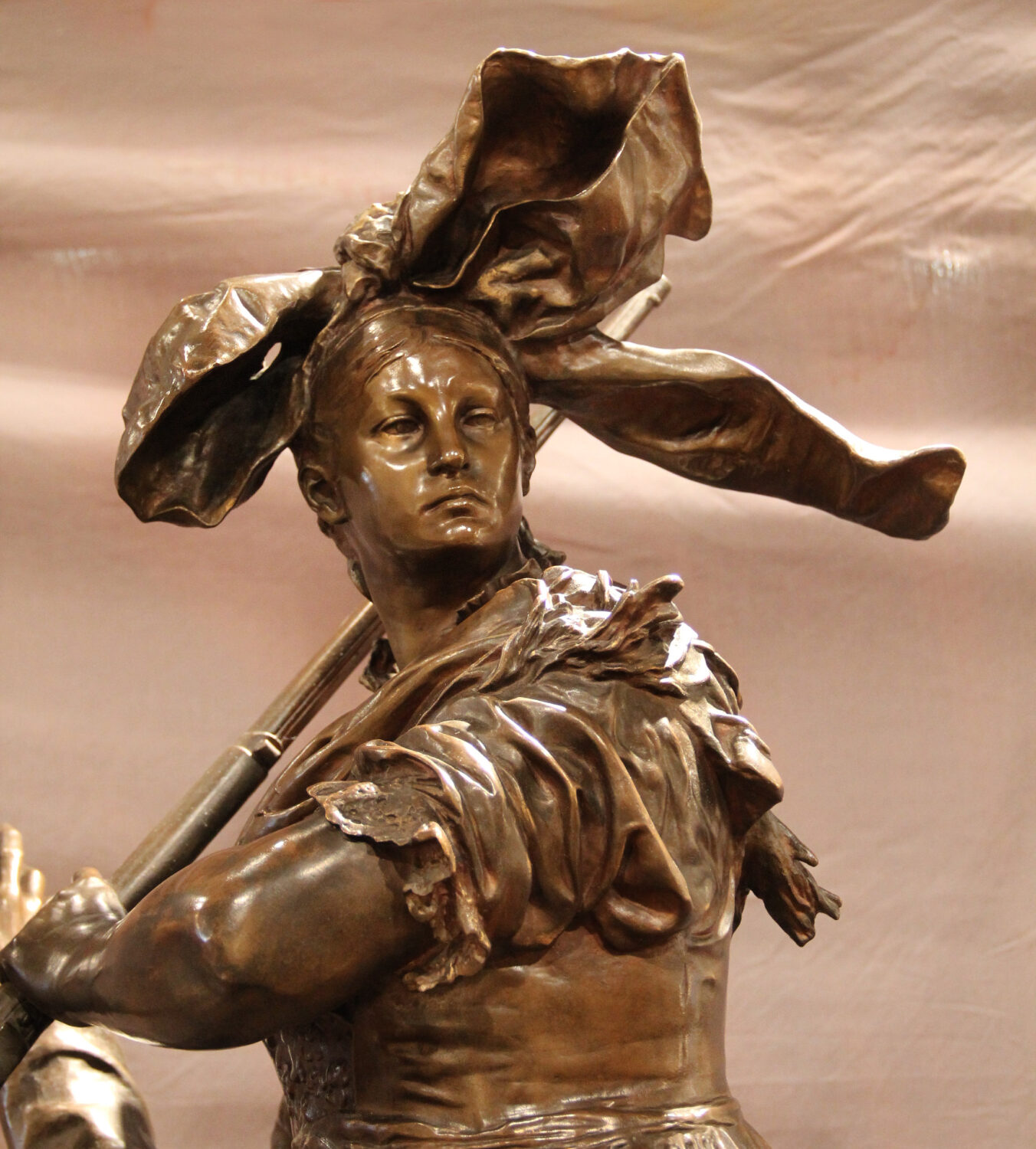 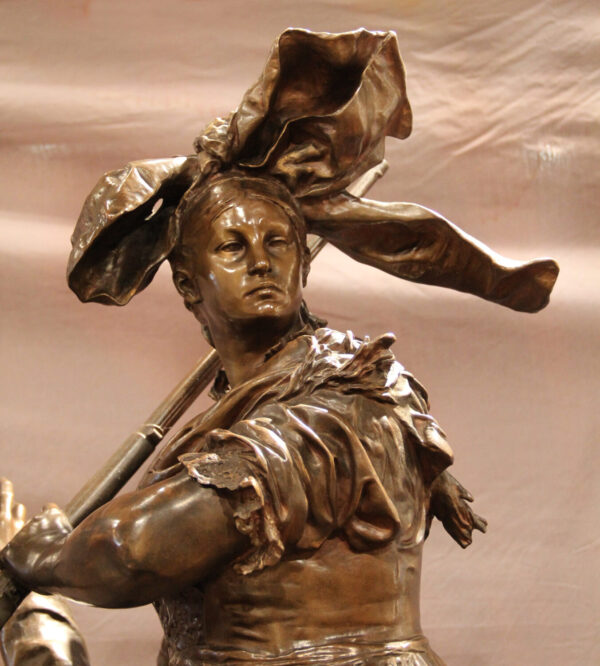 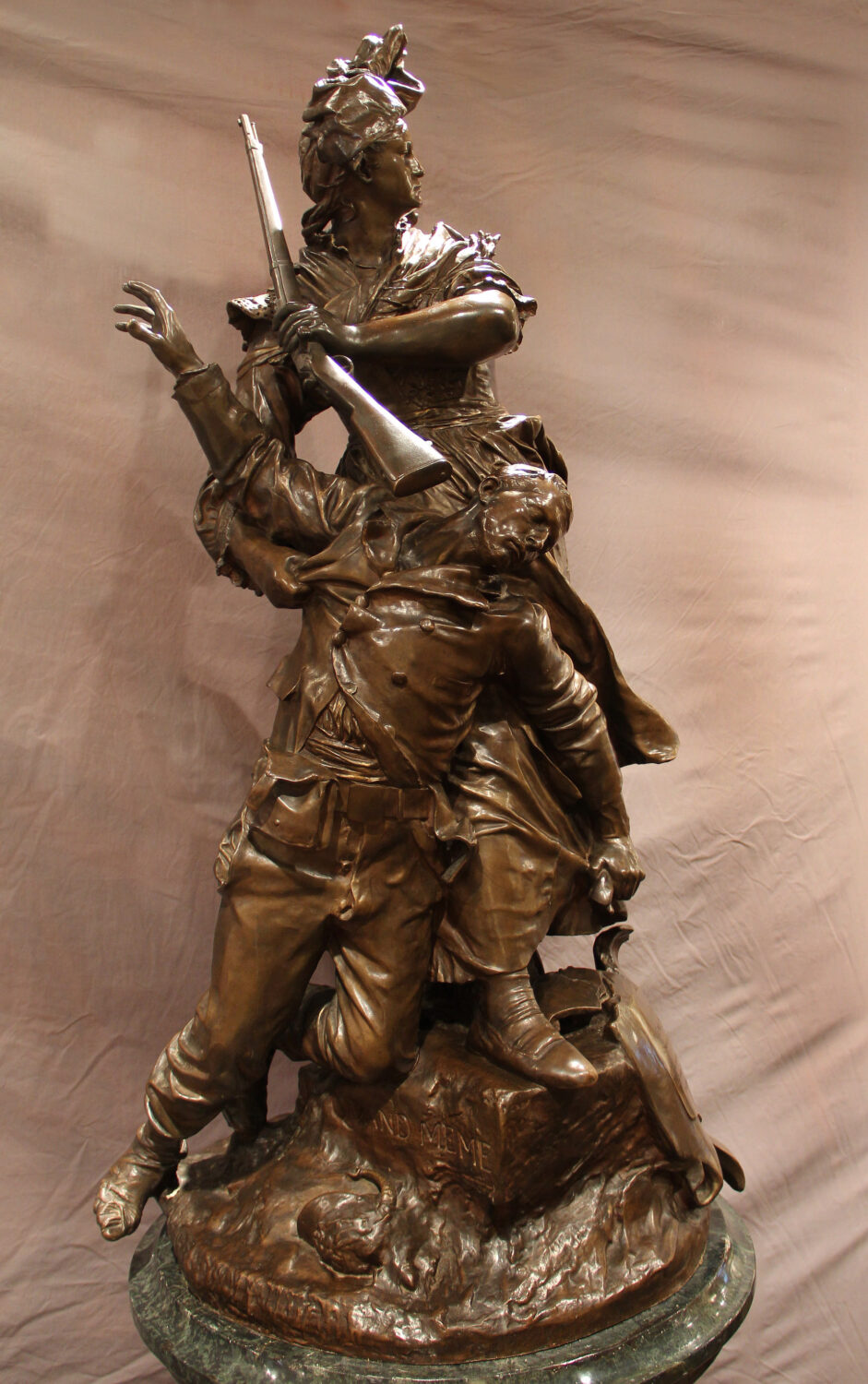 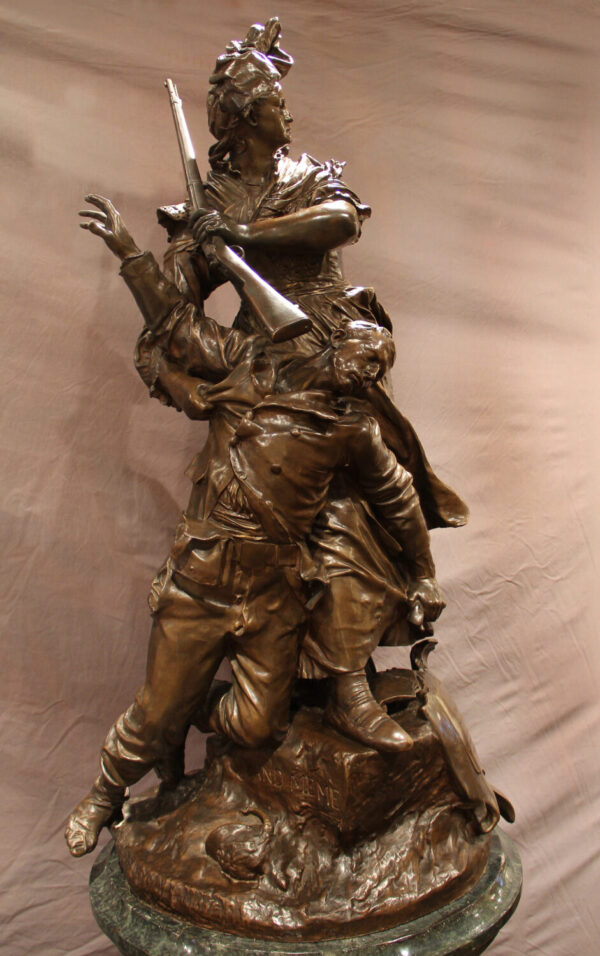 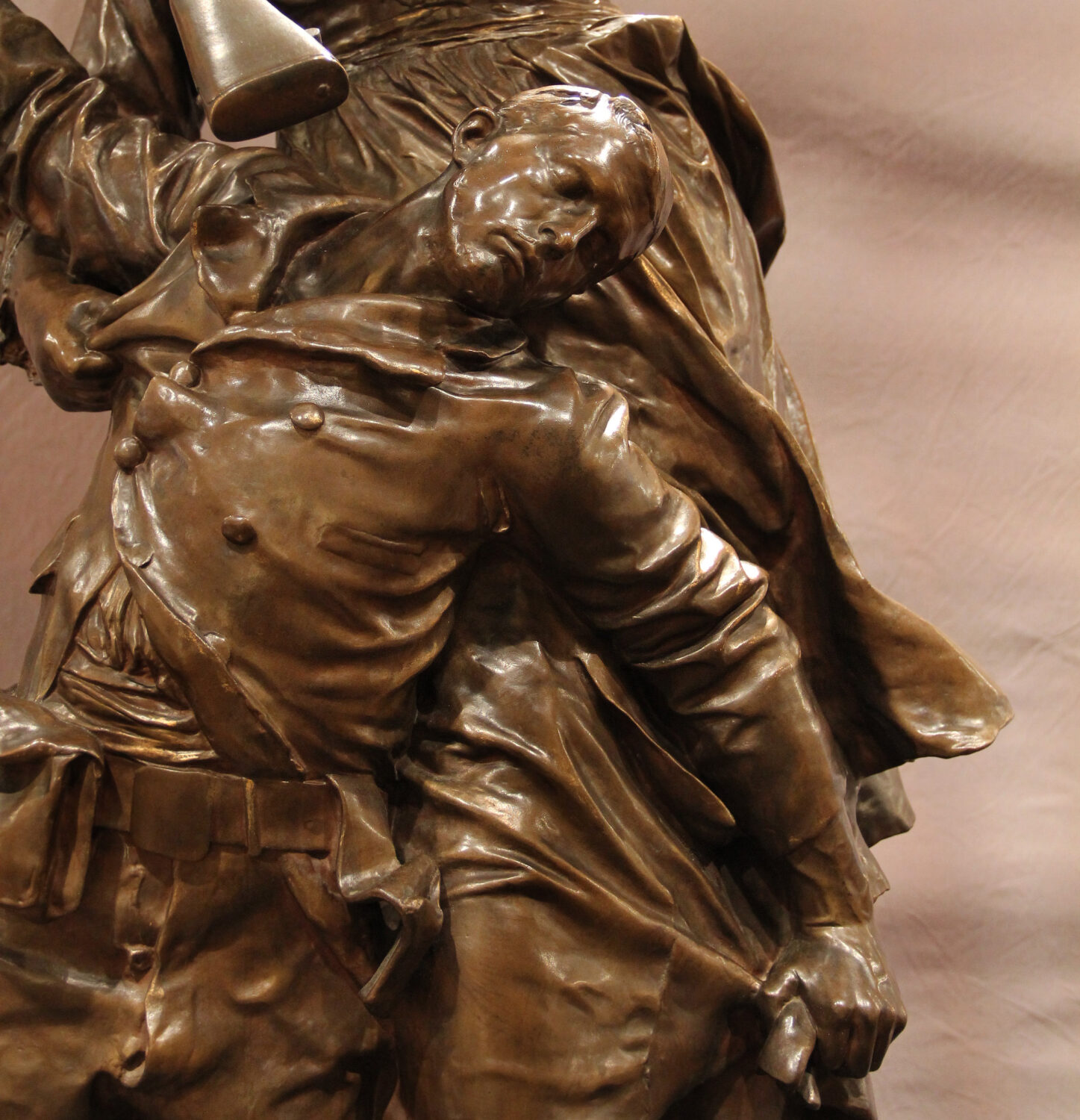 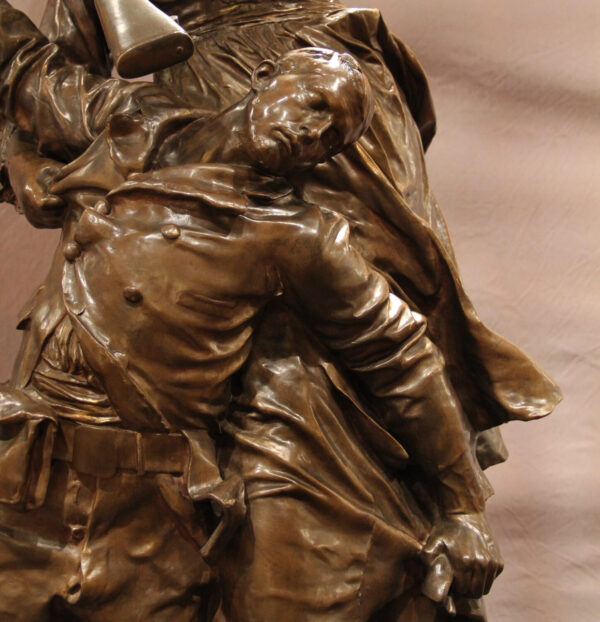 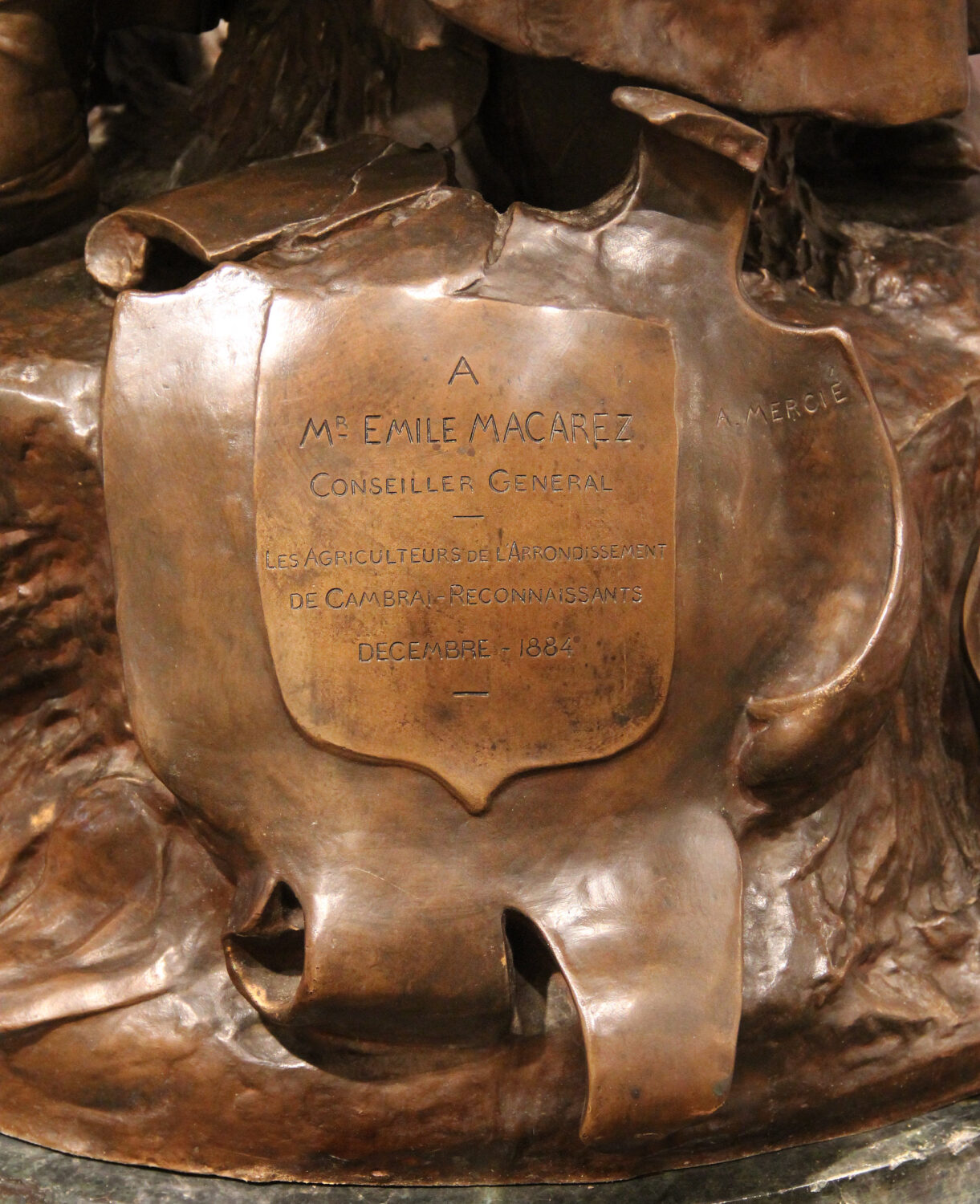 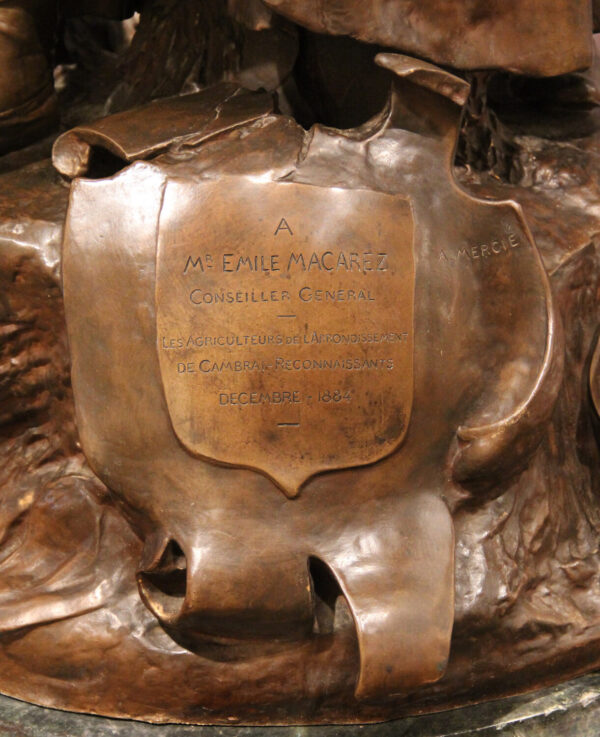 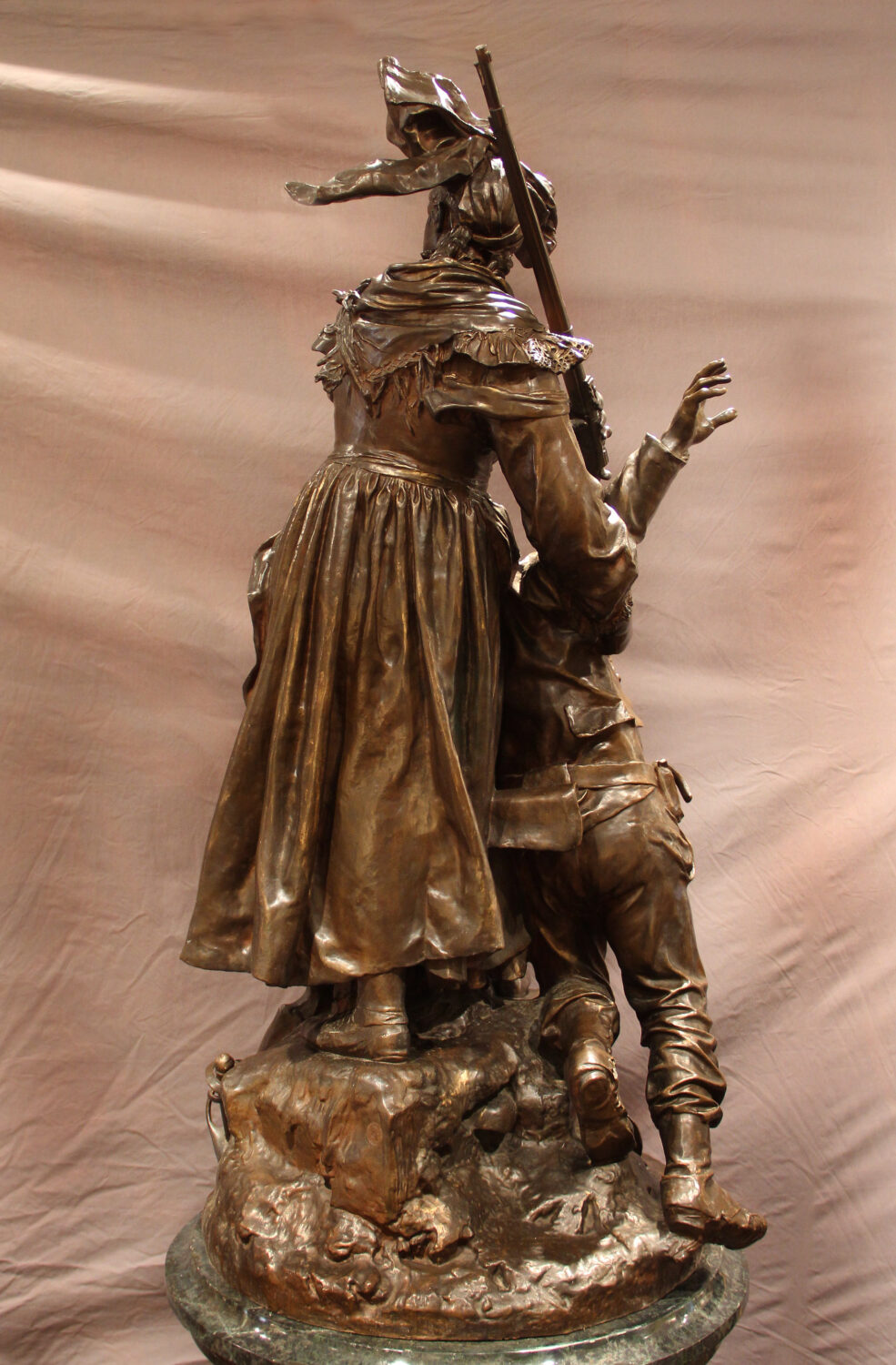 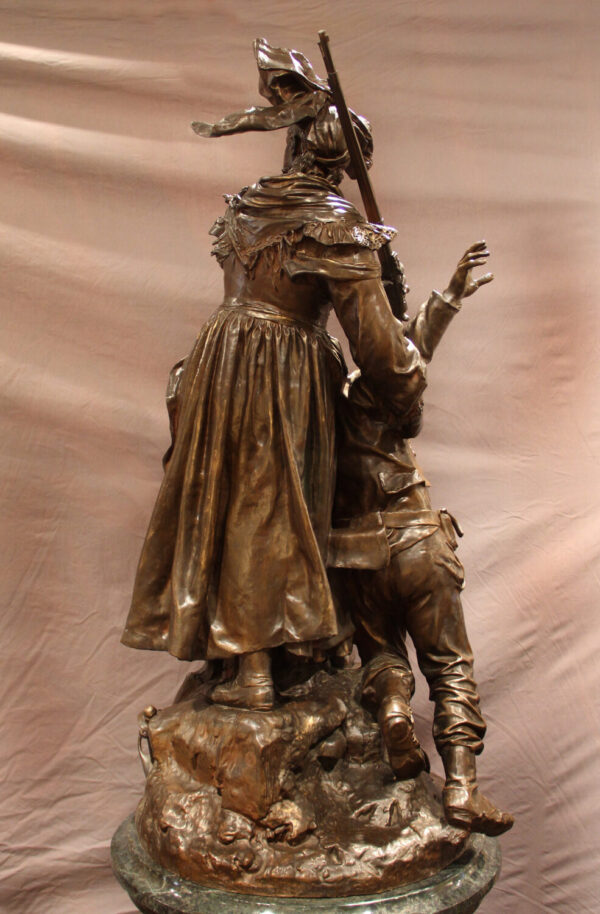 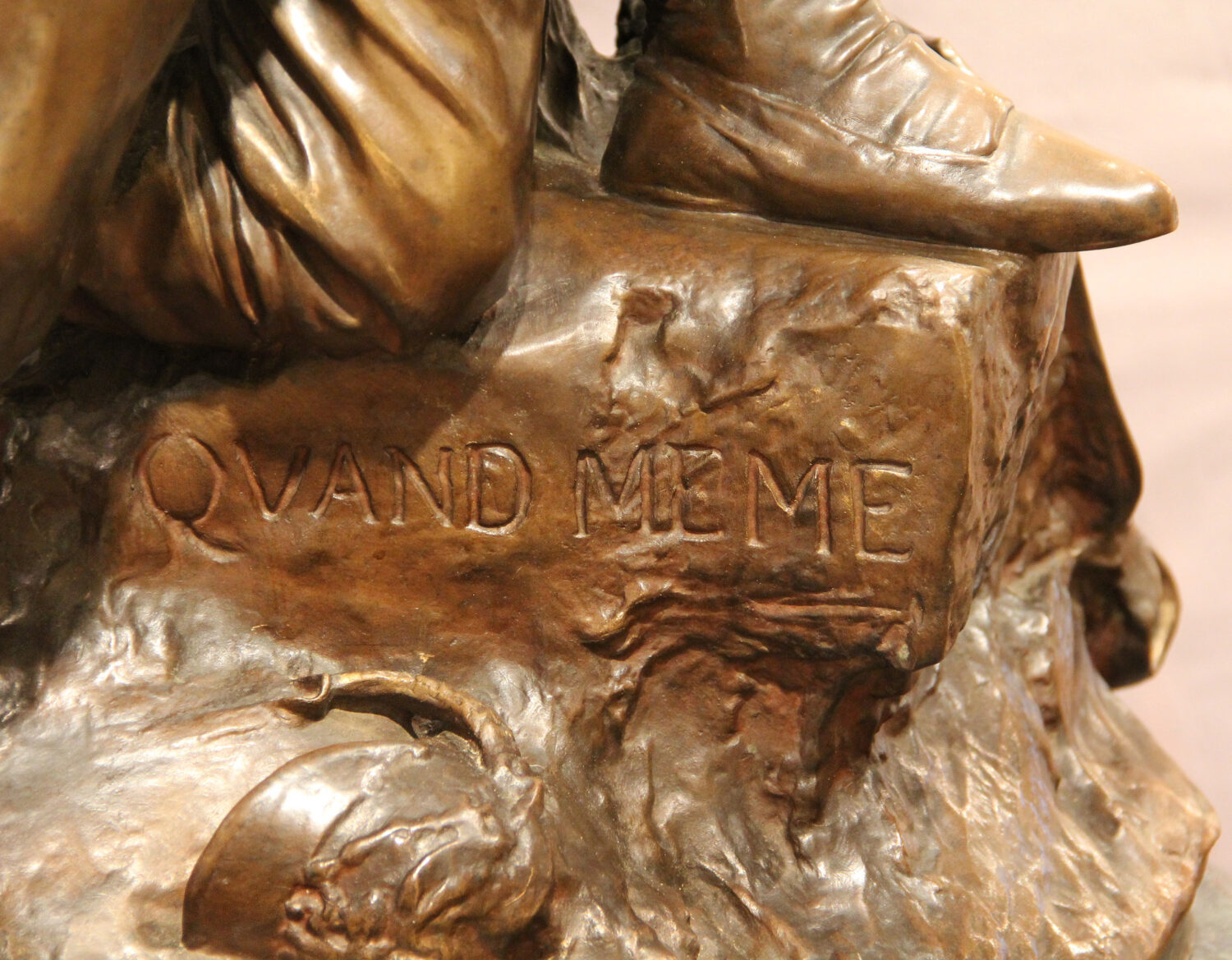 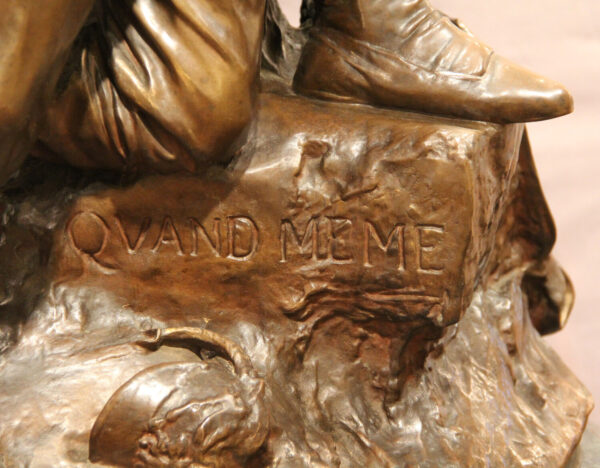 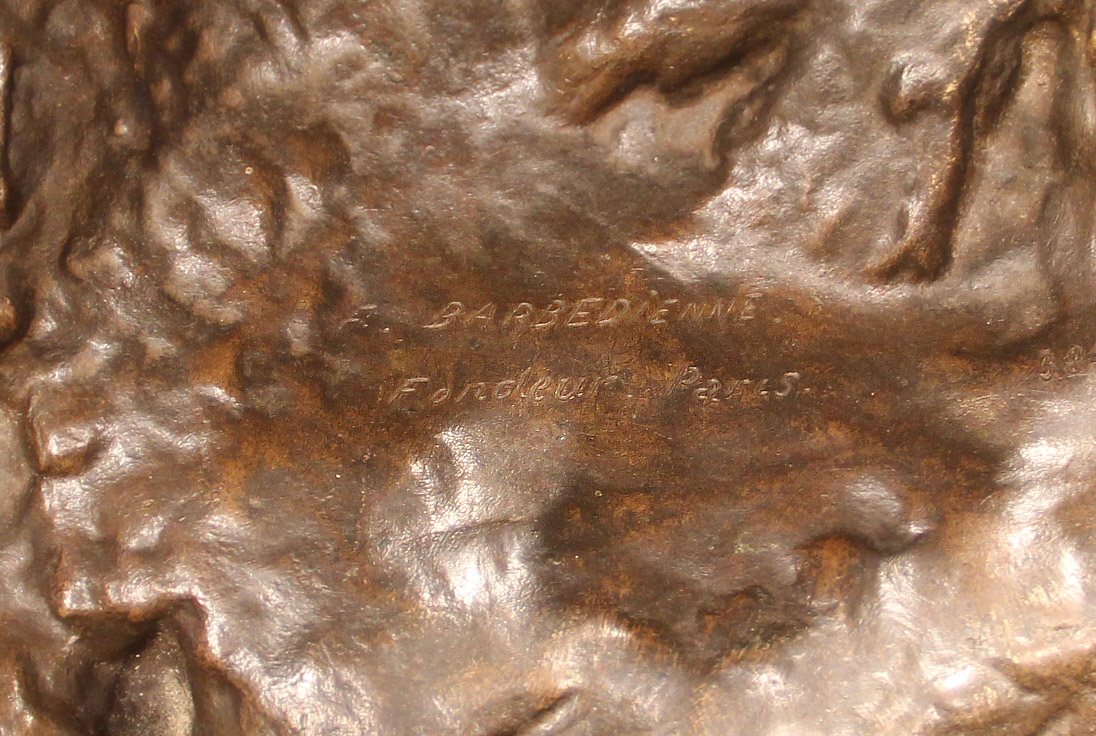 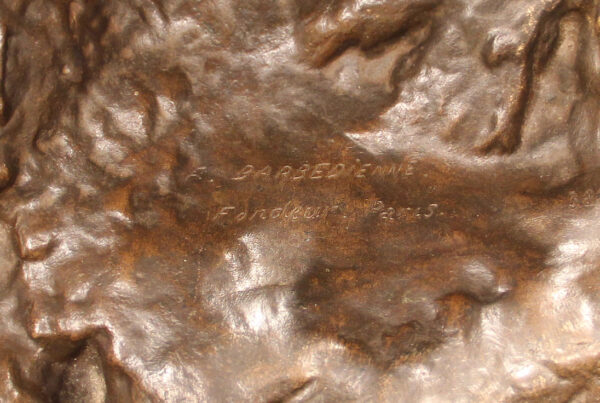 Intended to pay tribute to the resistance of the city of Belfort during the Franco-Prussian War of 1870, the group features two characters, a wounded soldier and a woman in Alsatian costume who personalize the city of Belfort, the Republic and to France. While the wounded soldier is about to succumb, the woman takes her Chassepot rifle from him and gazing deliberately towards the horizon seems to defy the enemy

Signed A. Mercie to the front plaque and F. Barbedienne Fondeur Paris to the base.

After the success of his celebrated bronze group Gloria Victis at the Salon of 1874, Mercié’s best known work was the present allegorical group Quand Même, which was erected in 1884 on the place d’ Armes in Belfort, in commemoration of the courage of the citizens of the town during the Prussian invasion of 1870. The original full-size plaster model was exhibited at the Salon in 1884 and due to its tremendous popularity, was subsequently cast in bronze in four sizes by Ferdinand Barbedienne.