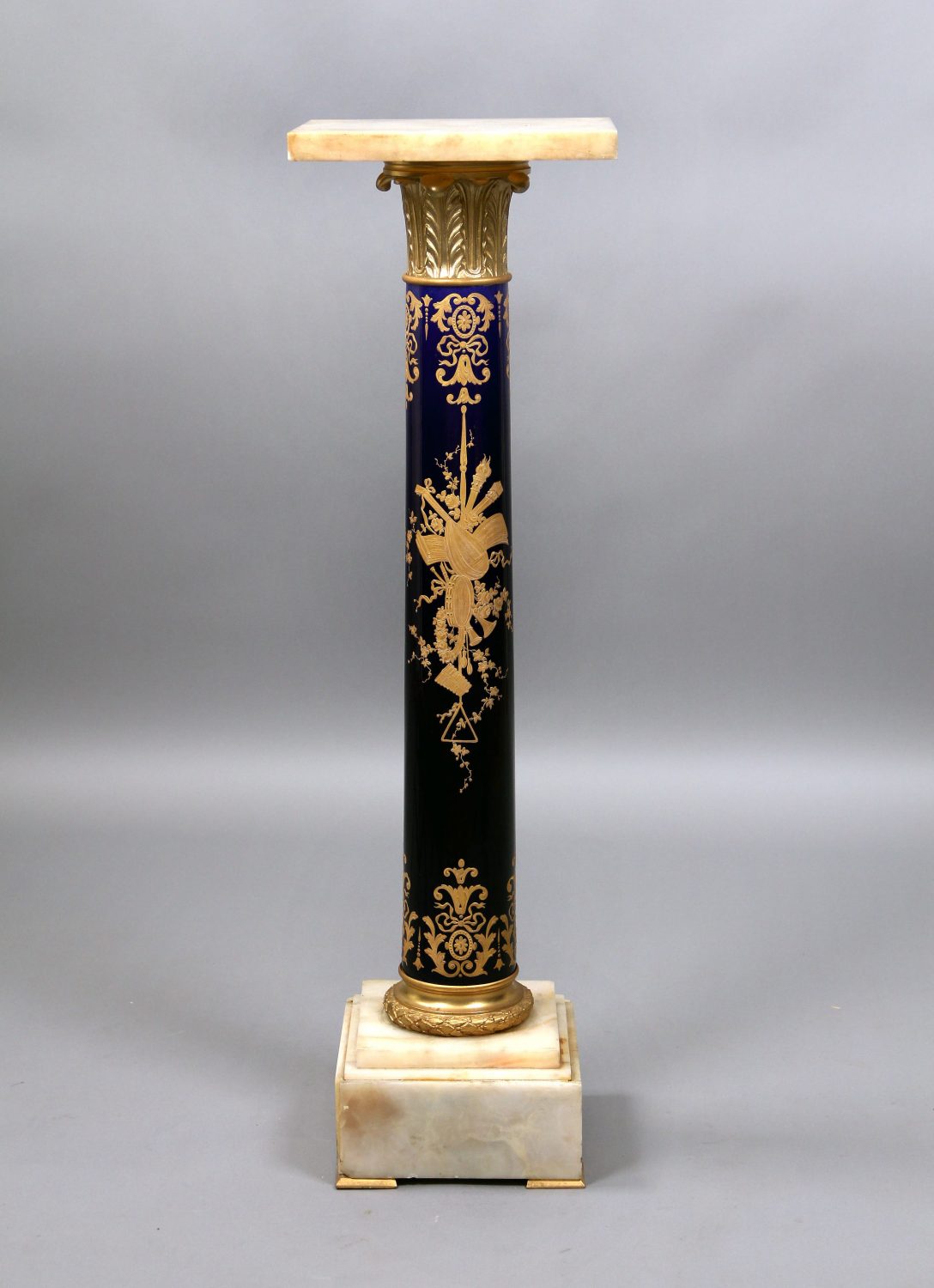 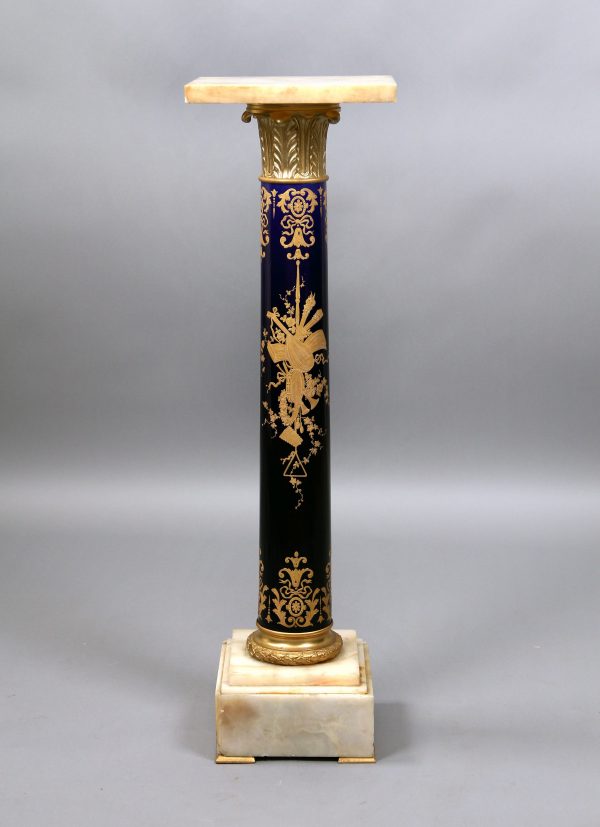 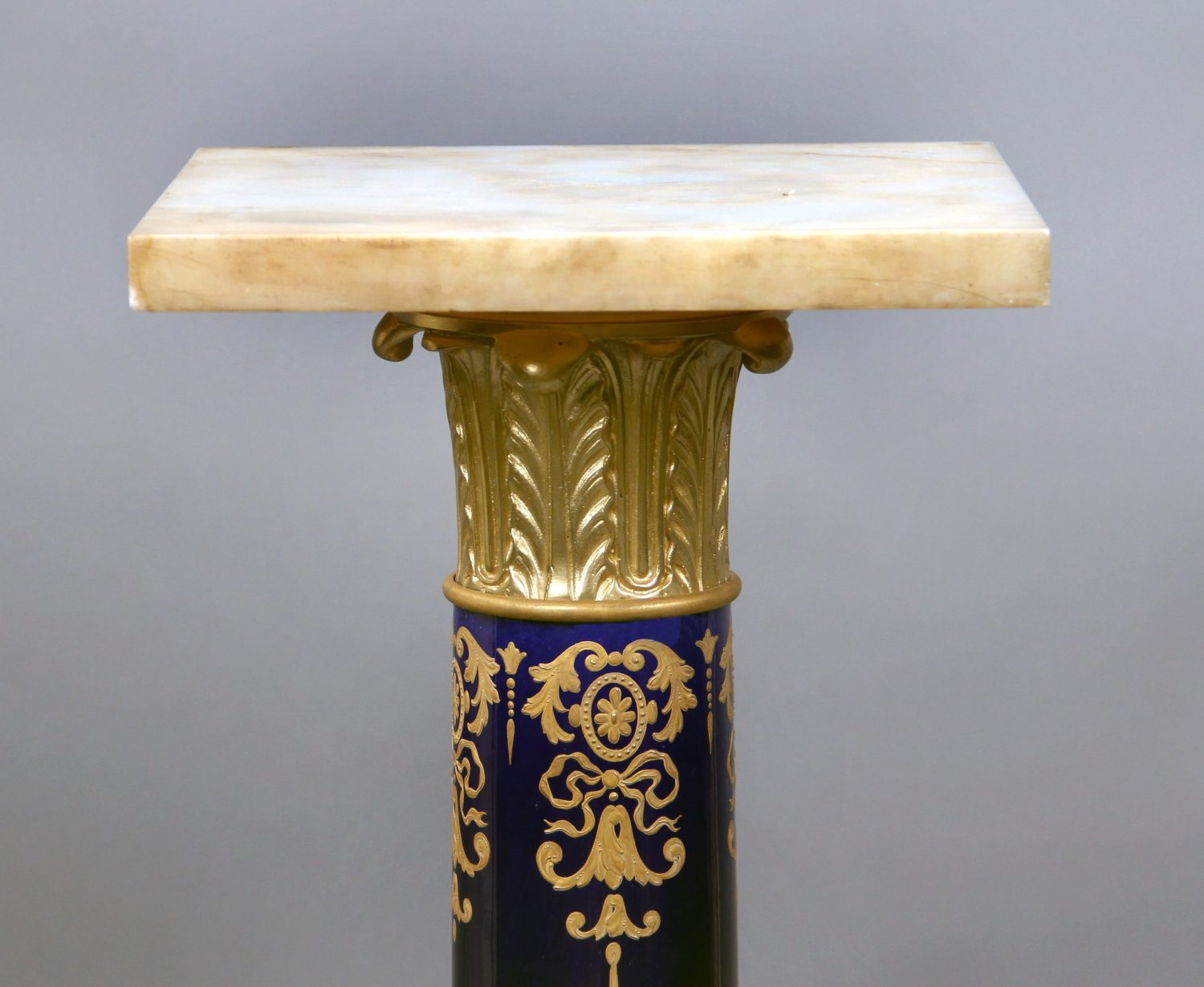 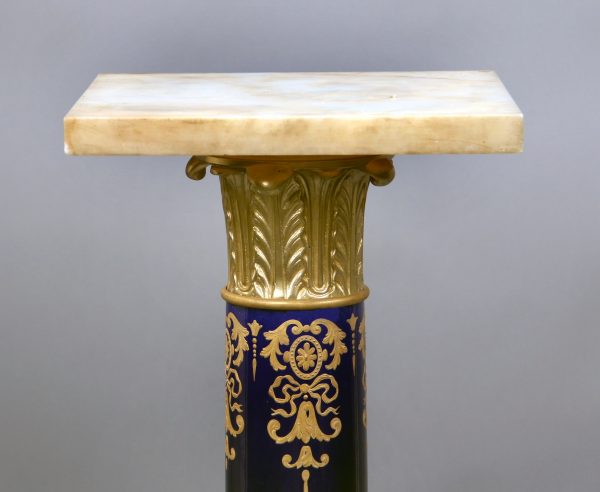 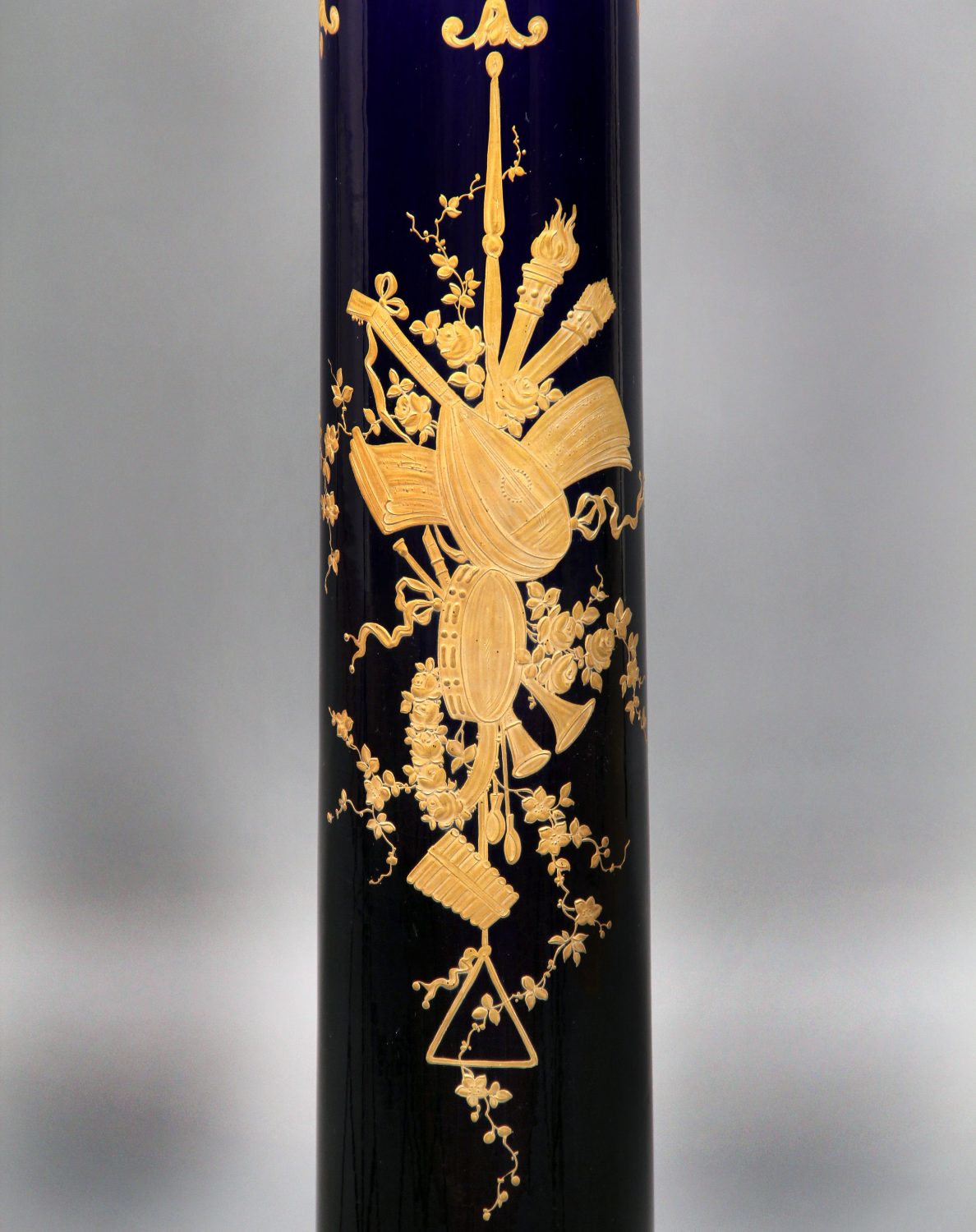 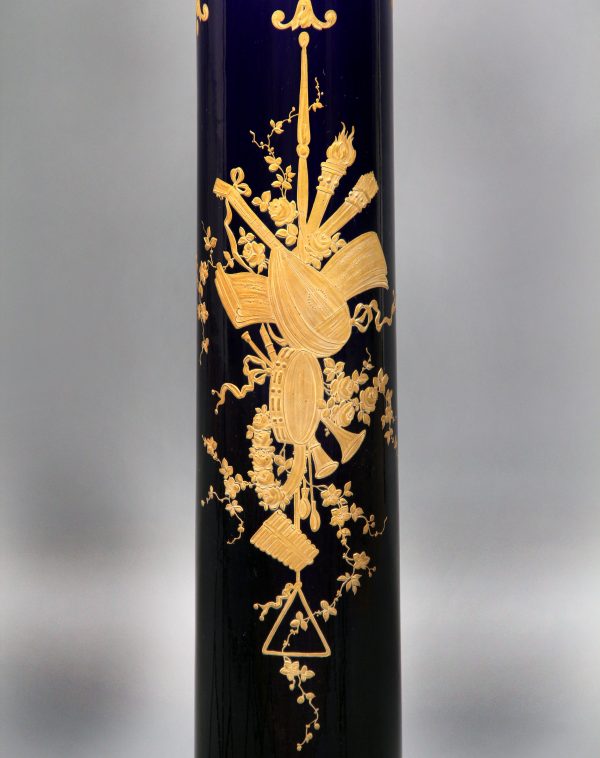 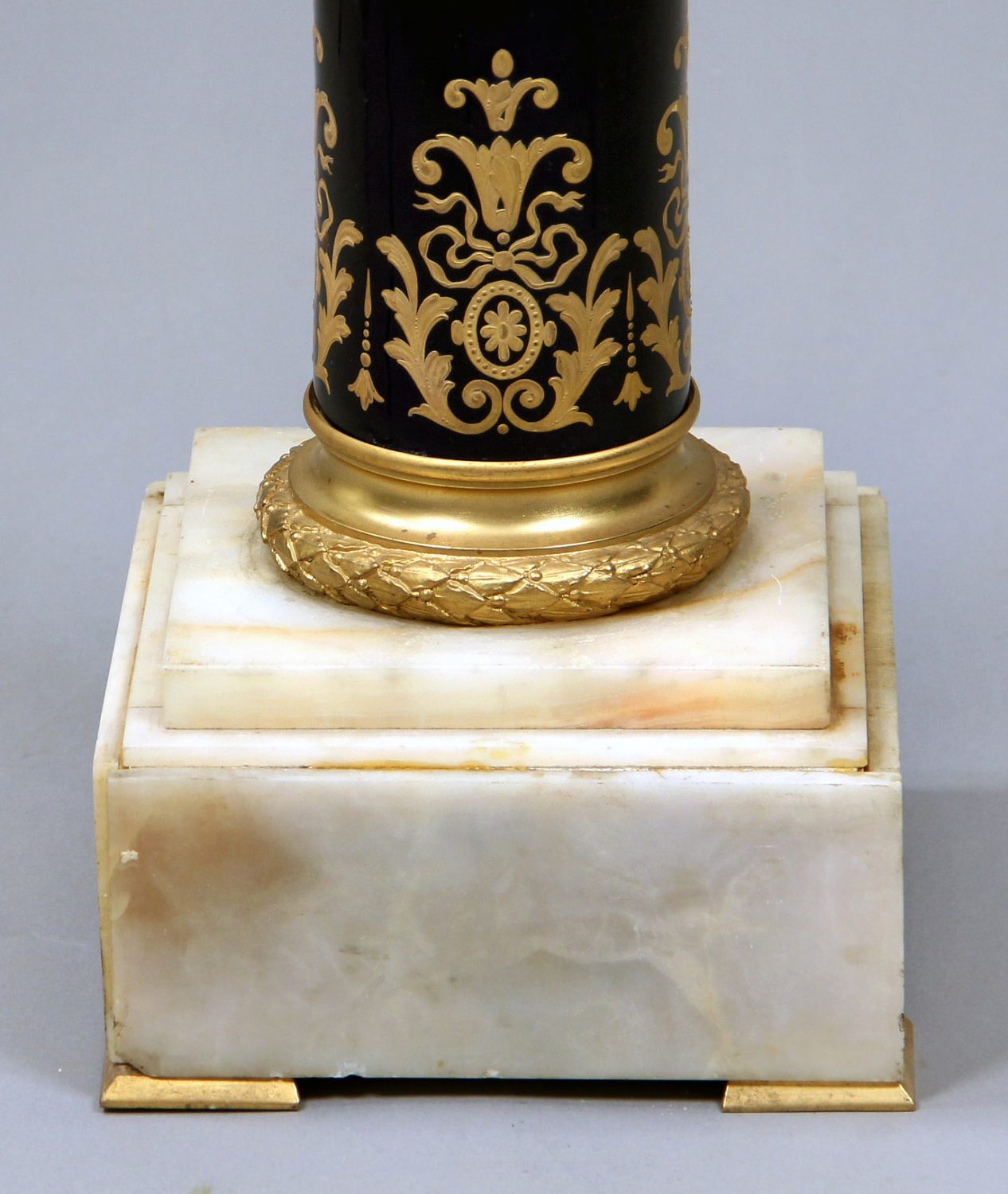 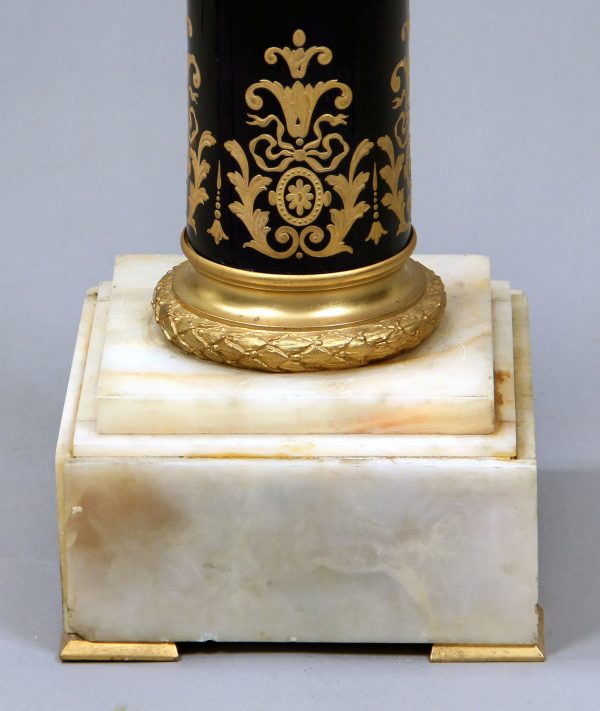 With square onyx top above columnar support painted with trophies.