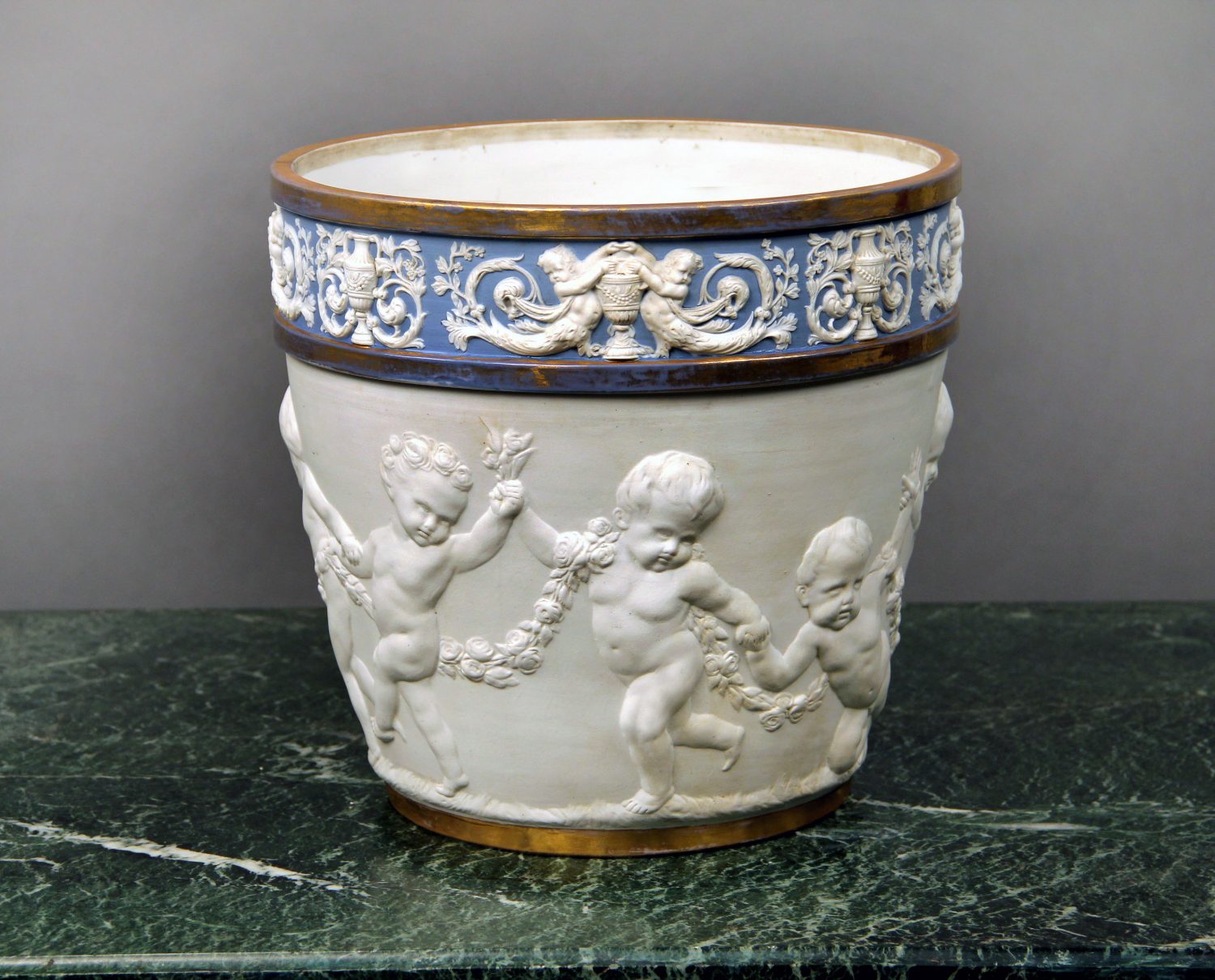 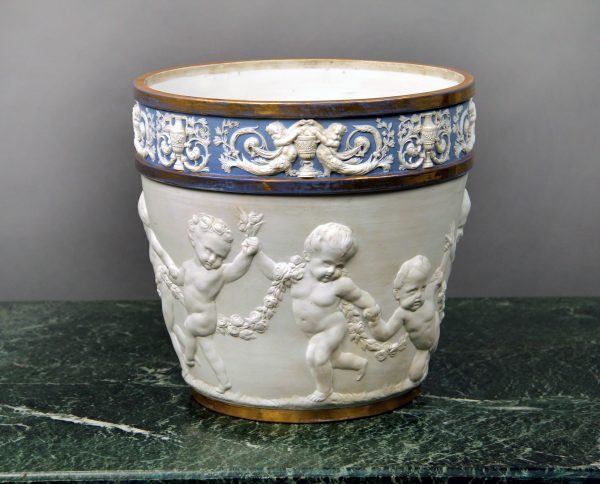 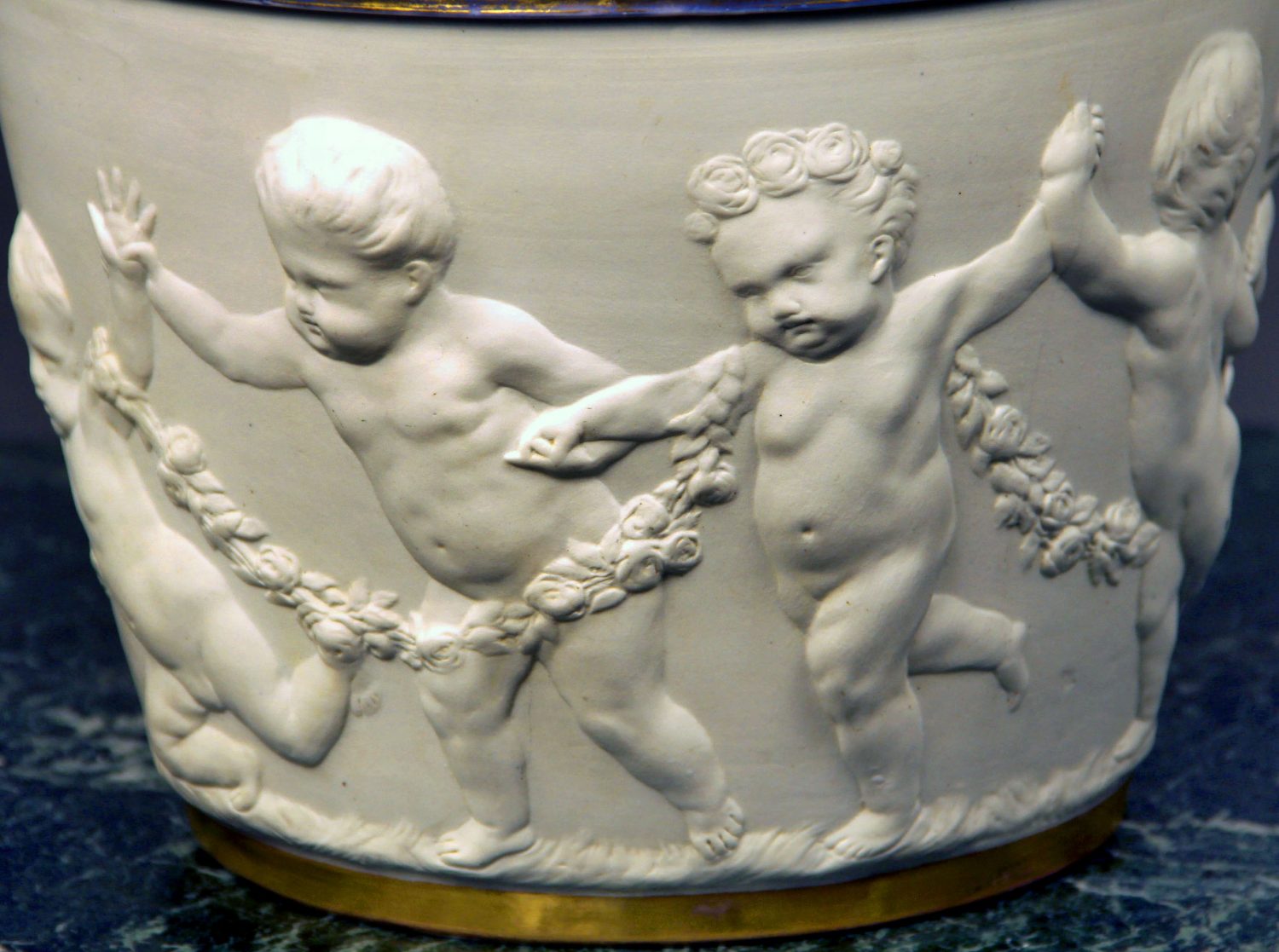 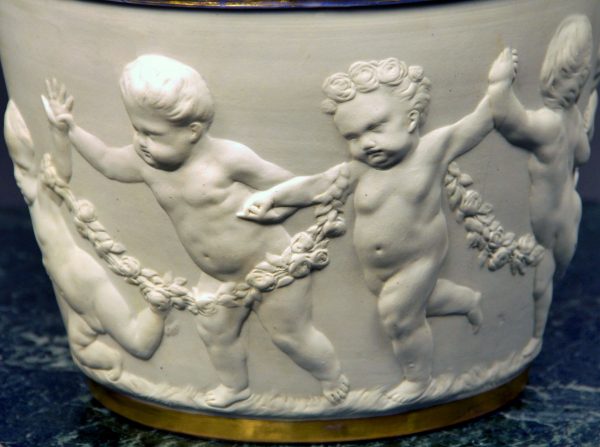 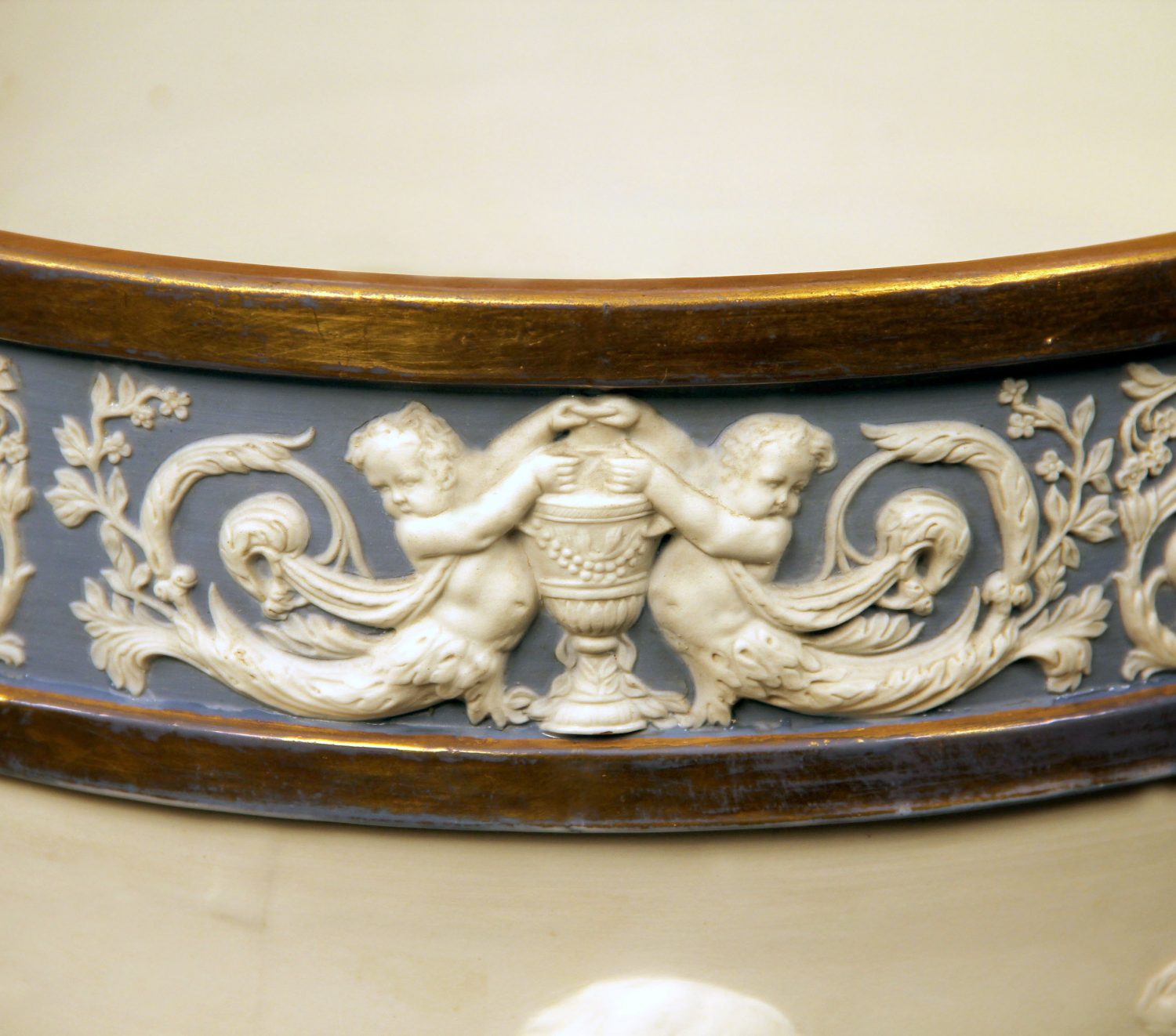 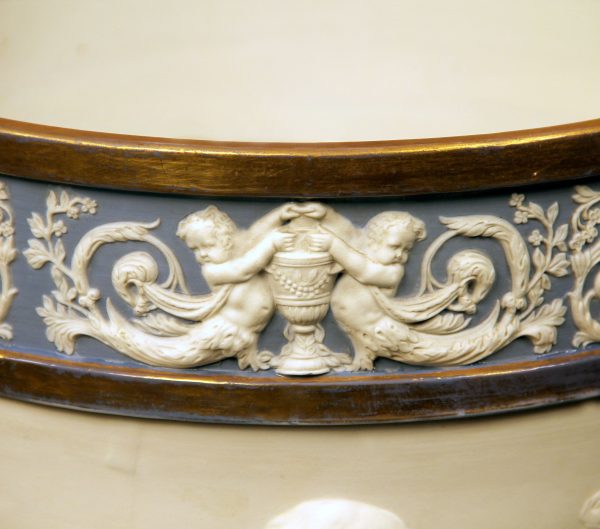 The border moulded with cherubs above a relief of putti with garlands of flowers.