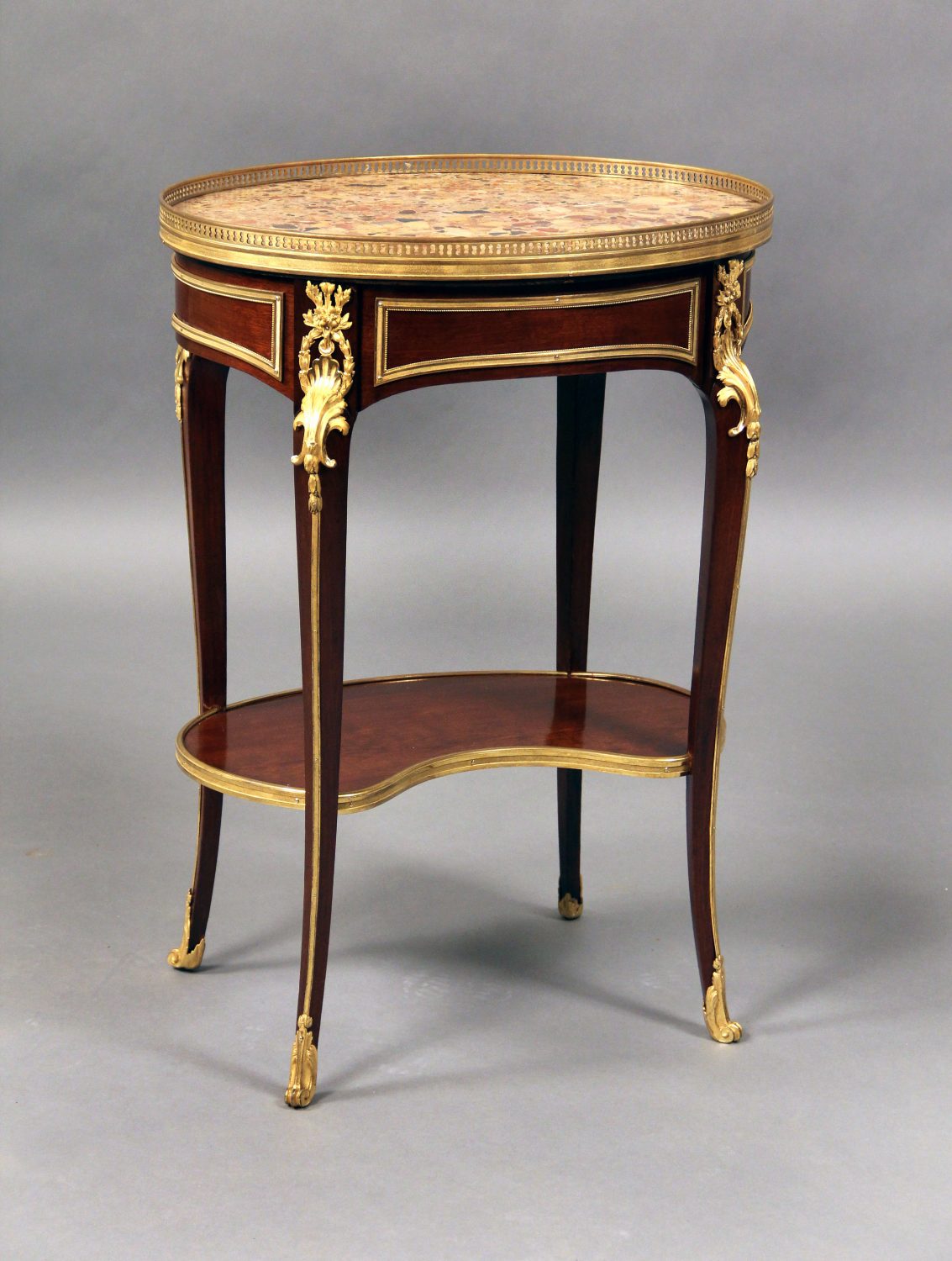 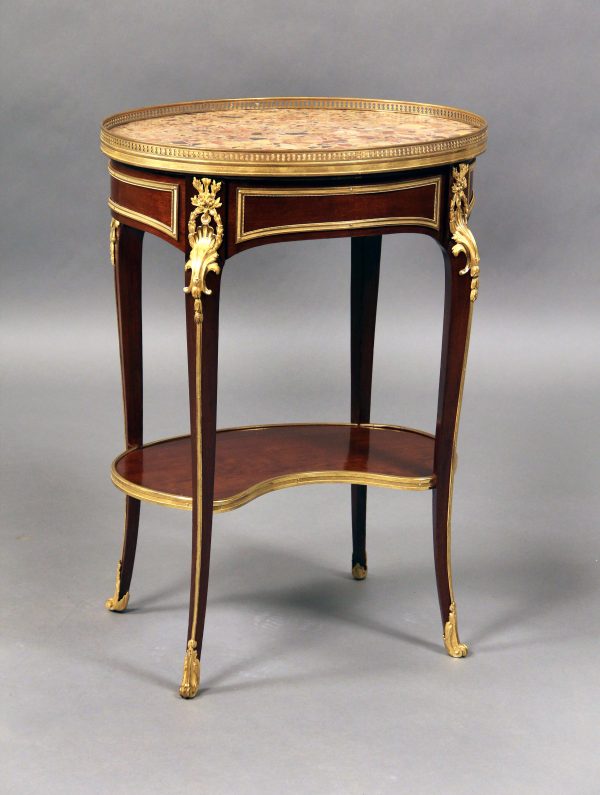 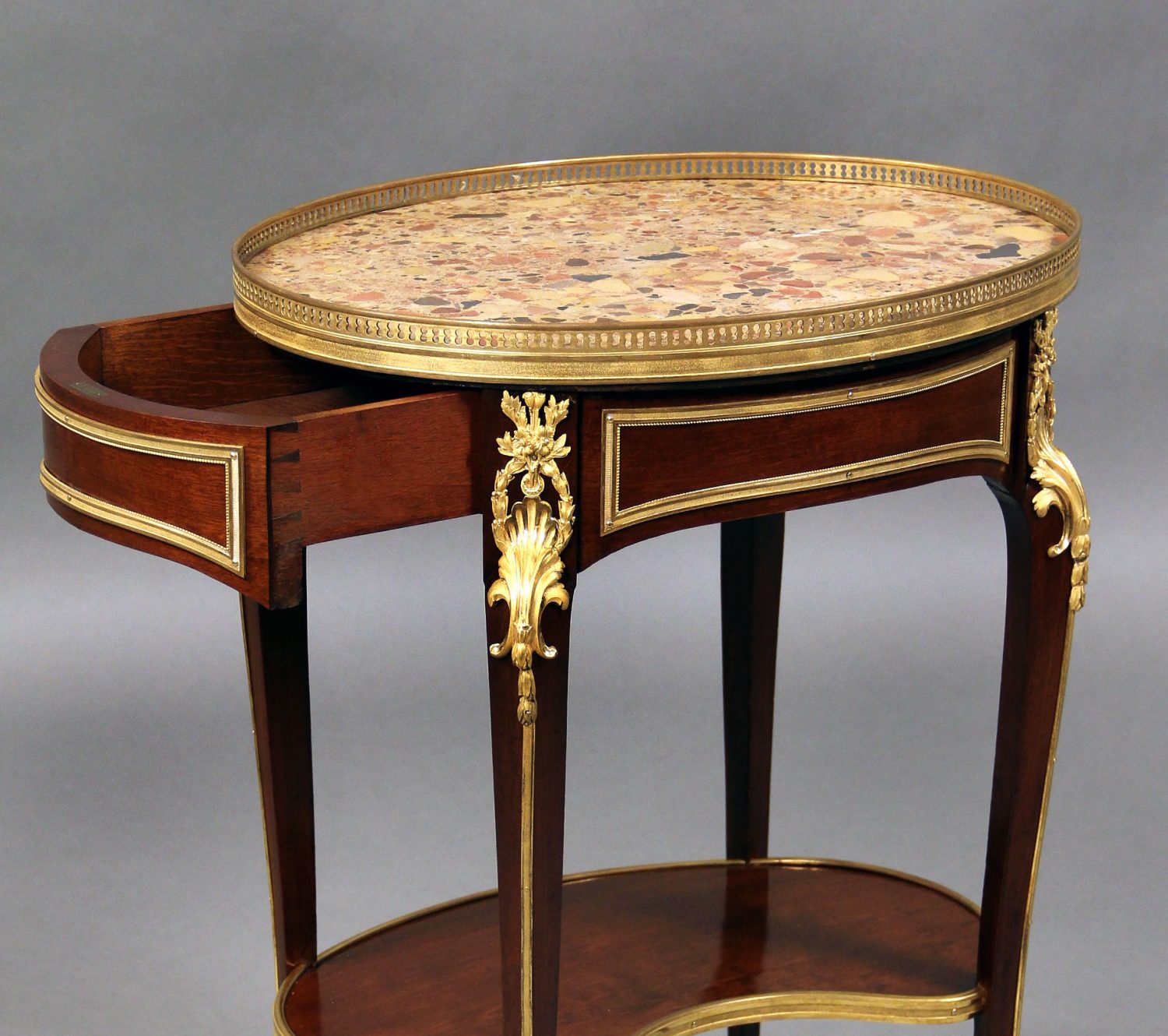 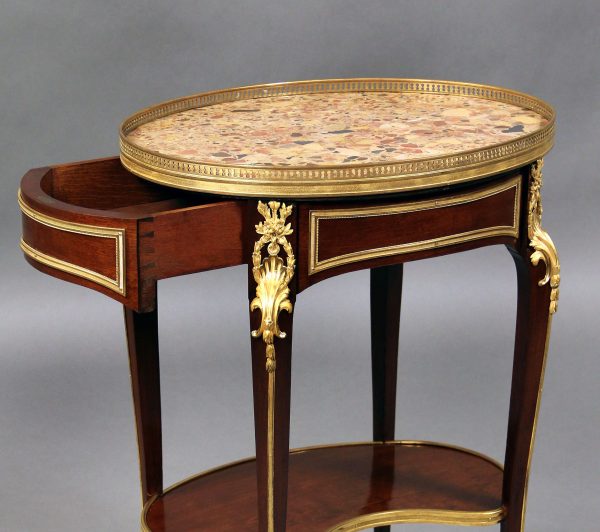 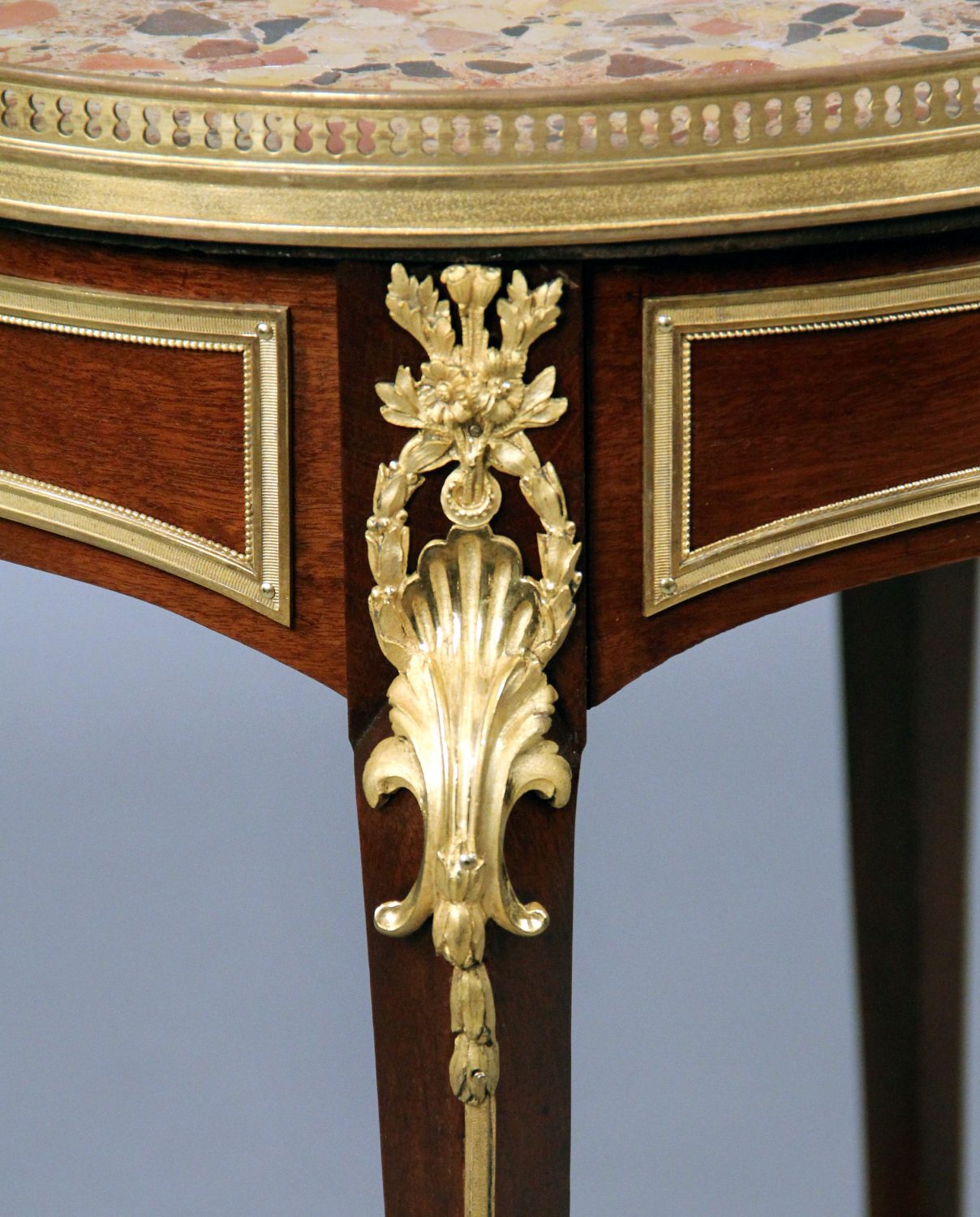 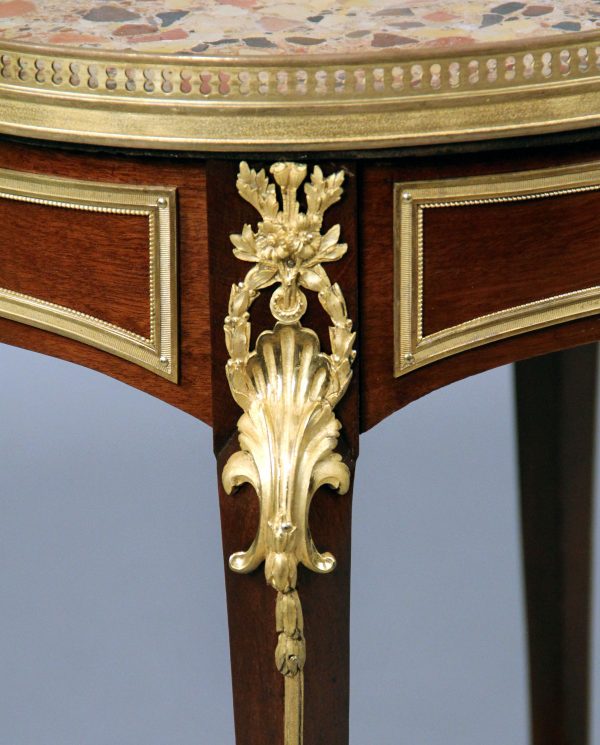 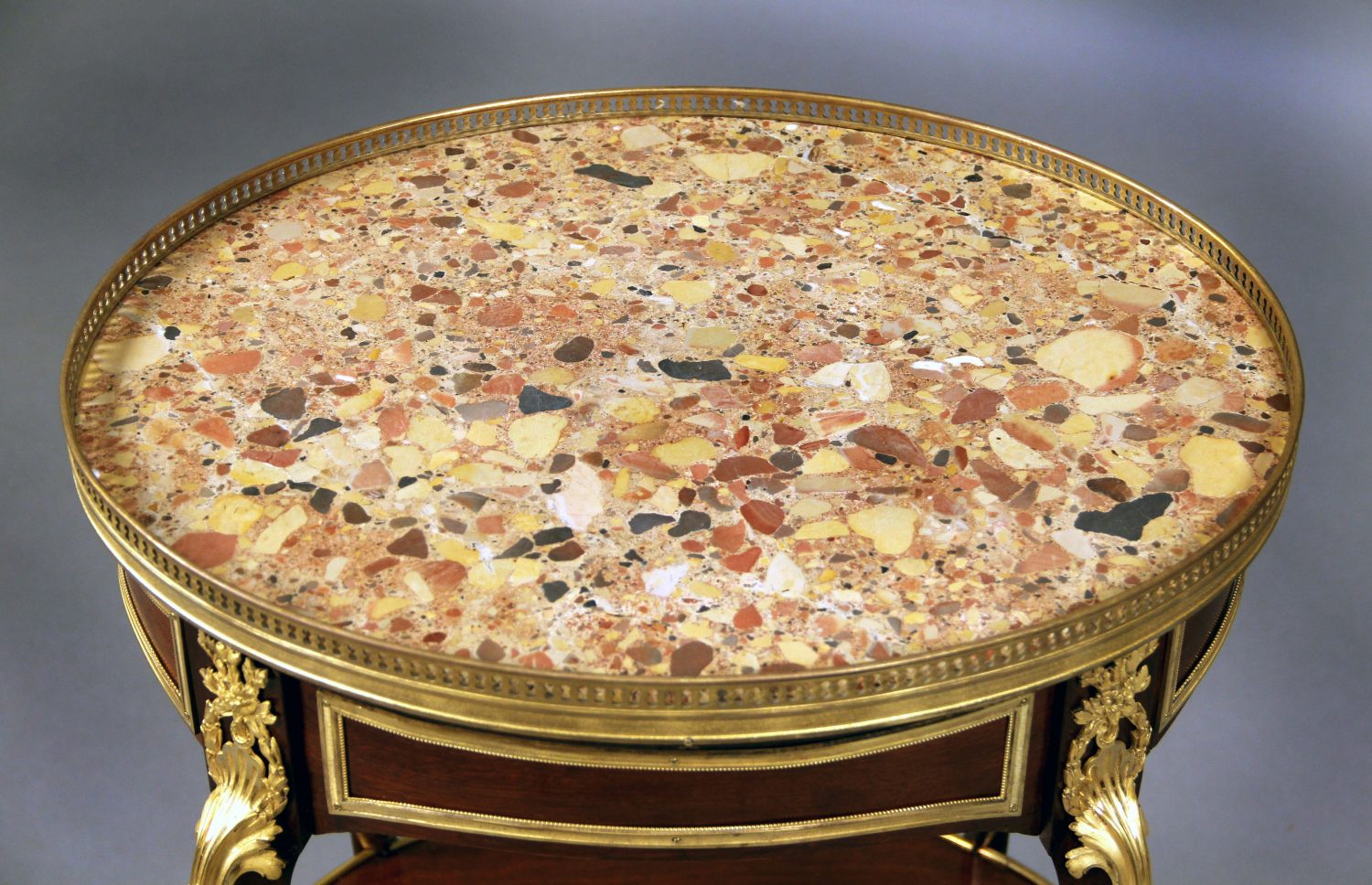 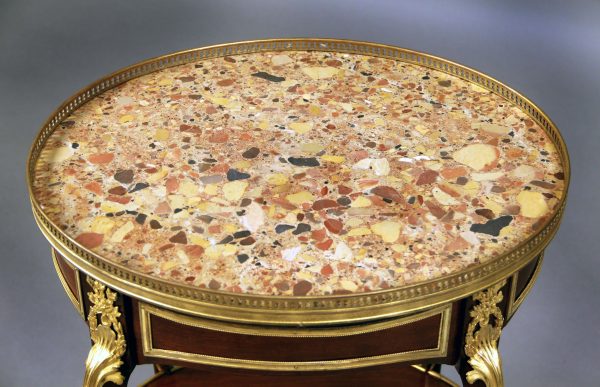 The galleried oval Brèche d’Alep top over a single drawer to the frieze, raised on cabriole legs, joined by conforming undertier.

Raulin exhibited and received silver medals at both the 1878 and 1889 Expositions Universelles He is particularly well known for his furniture in the eighteenth century style and the use of lacquer panels.

Call for Pricing
Add to Wishlist
Category: Lamp & Side Tables