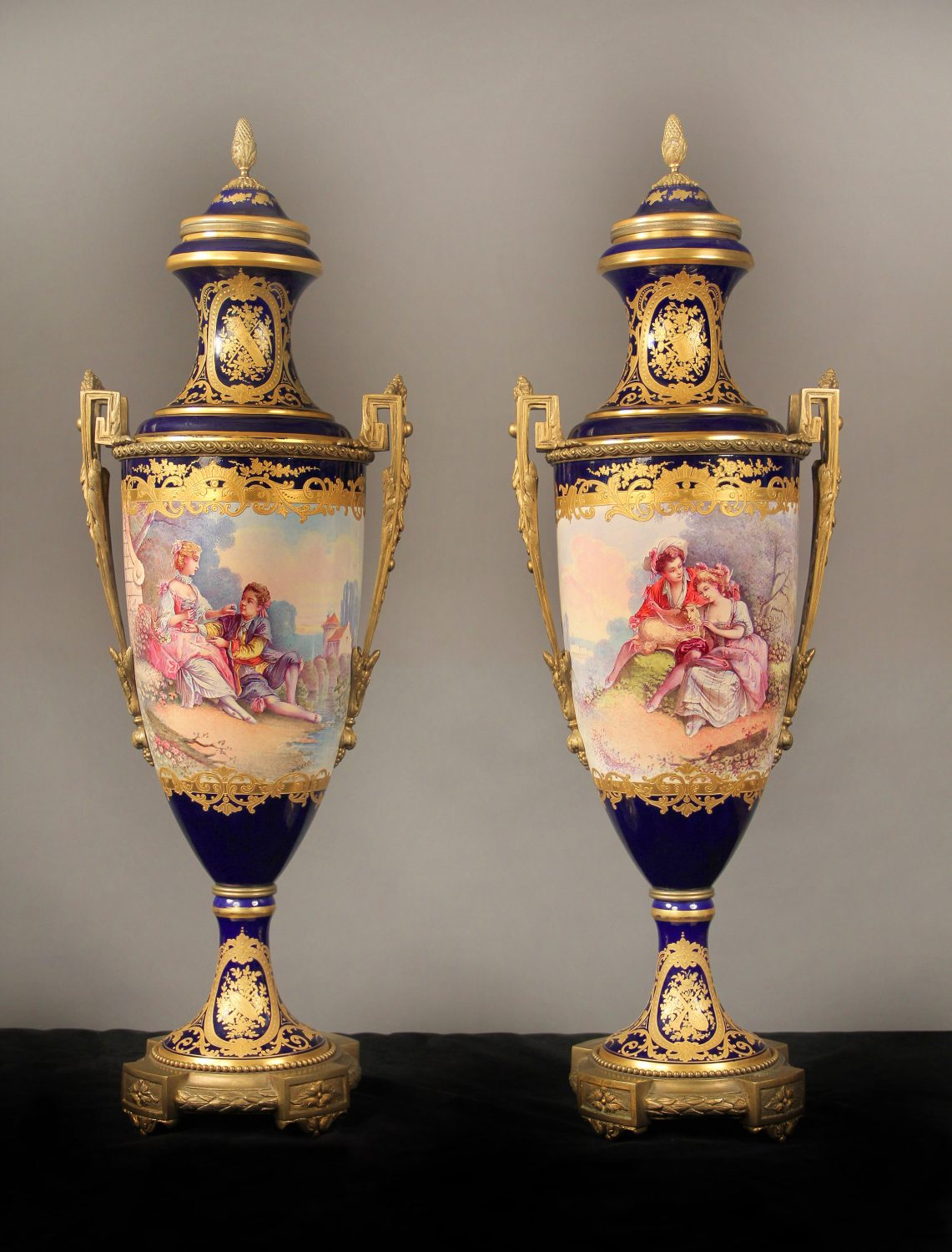 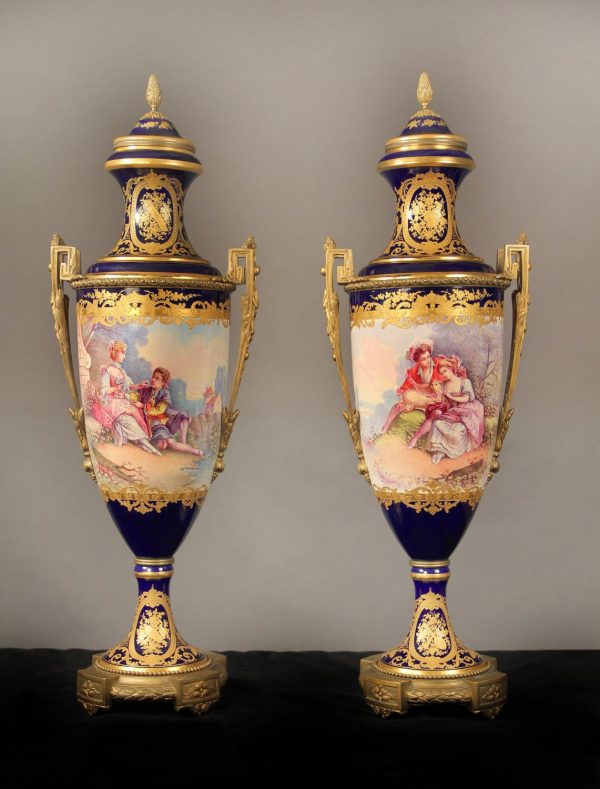 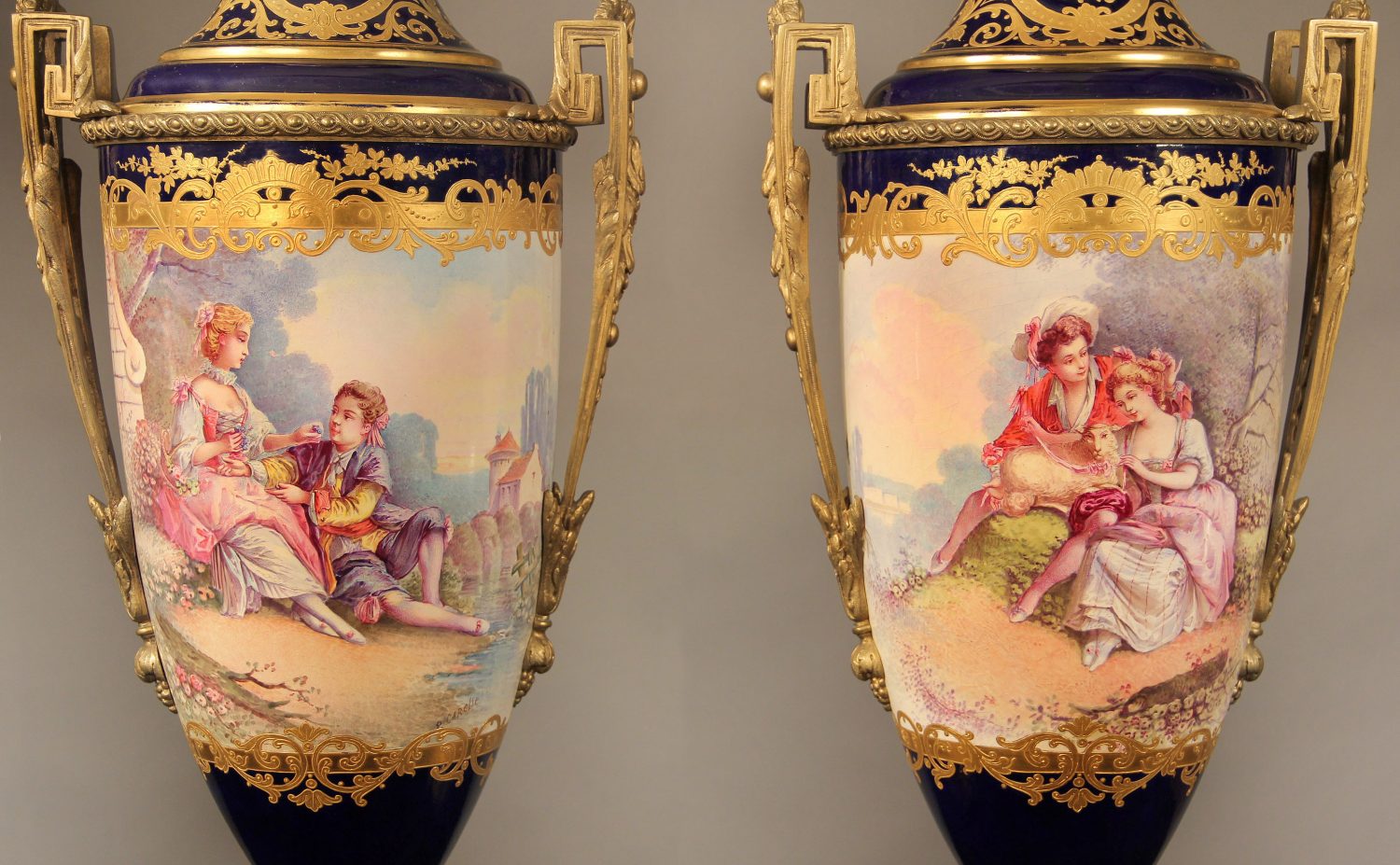 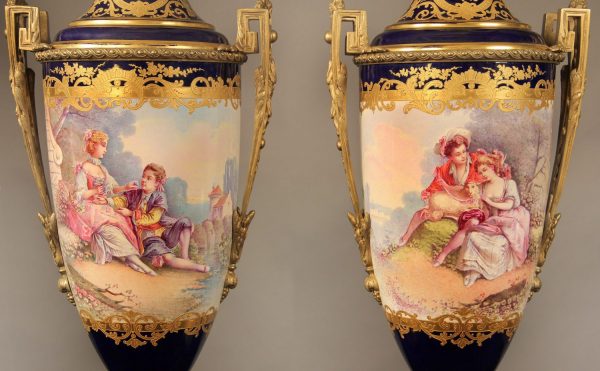 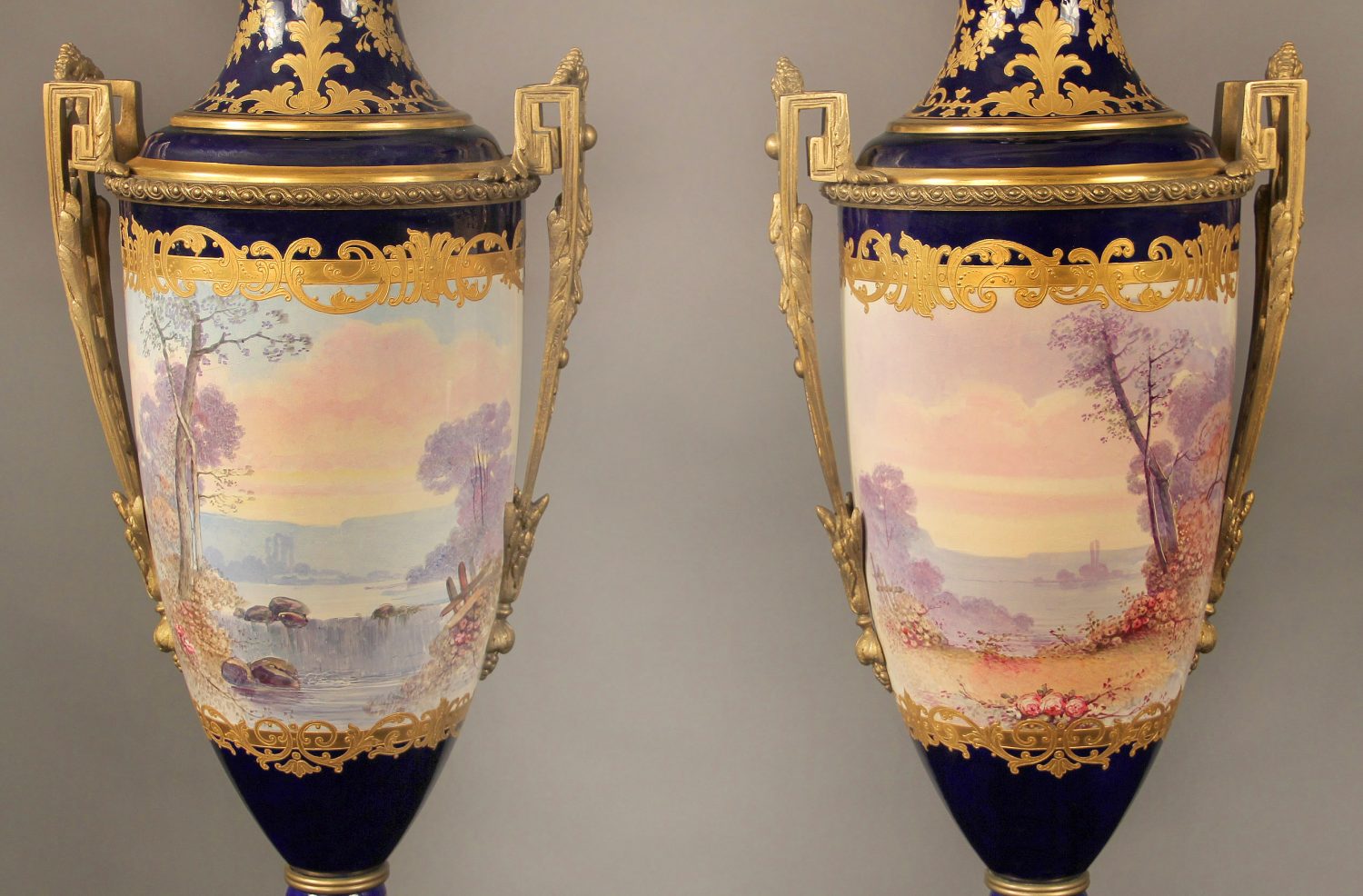 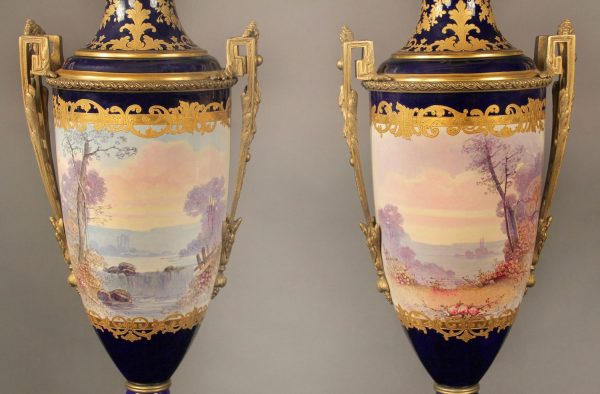 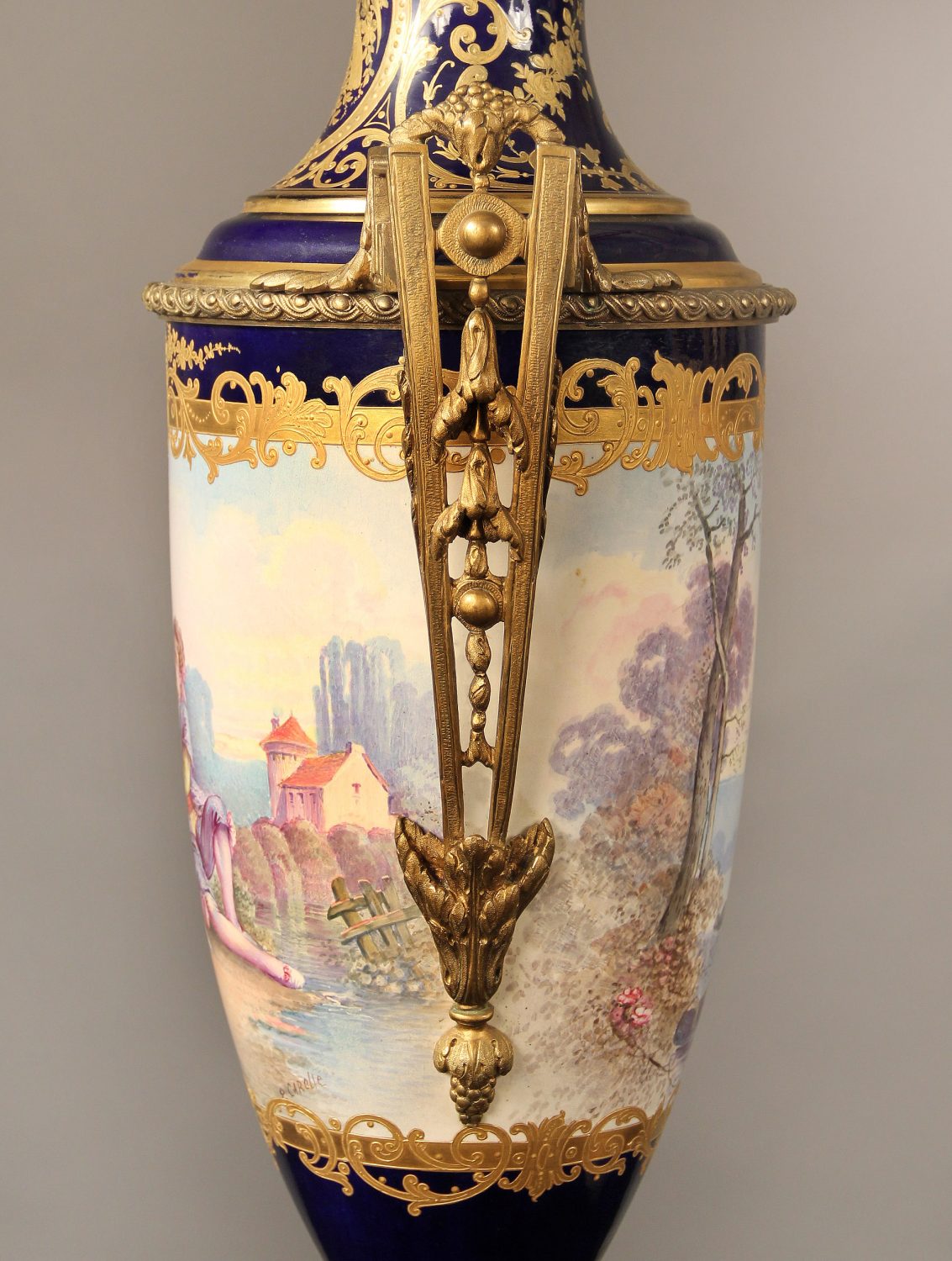 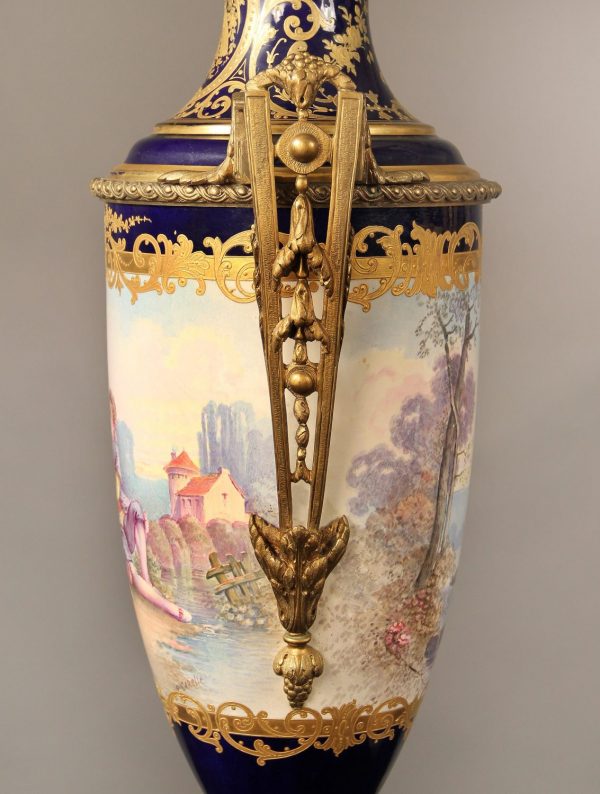 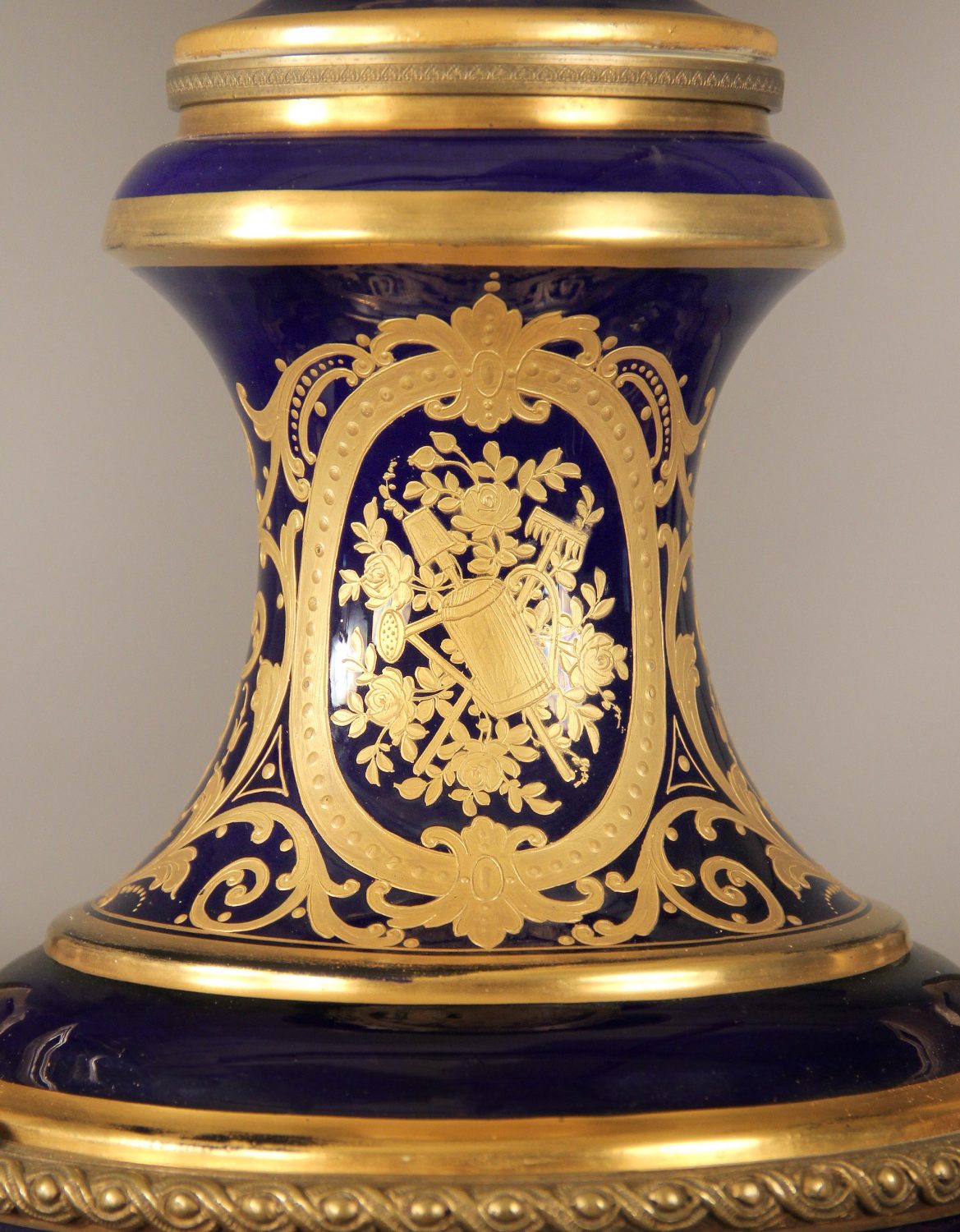 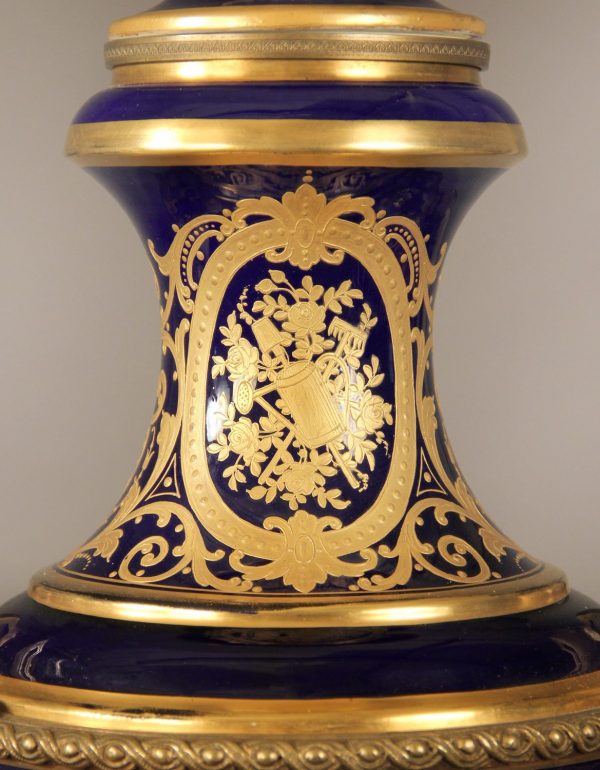 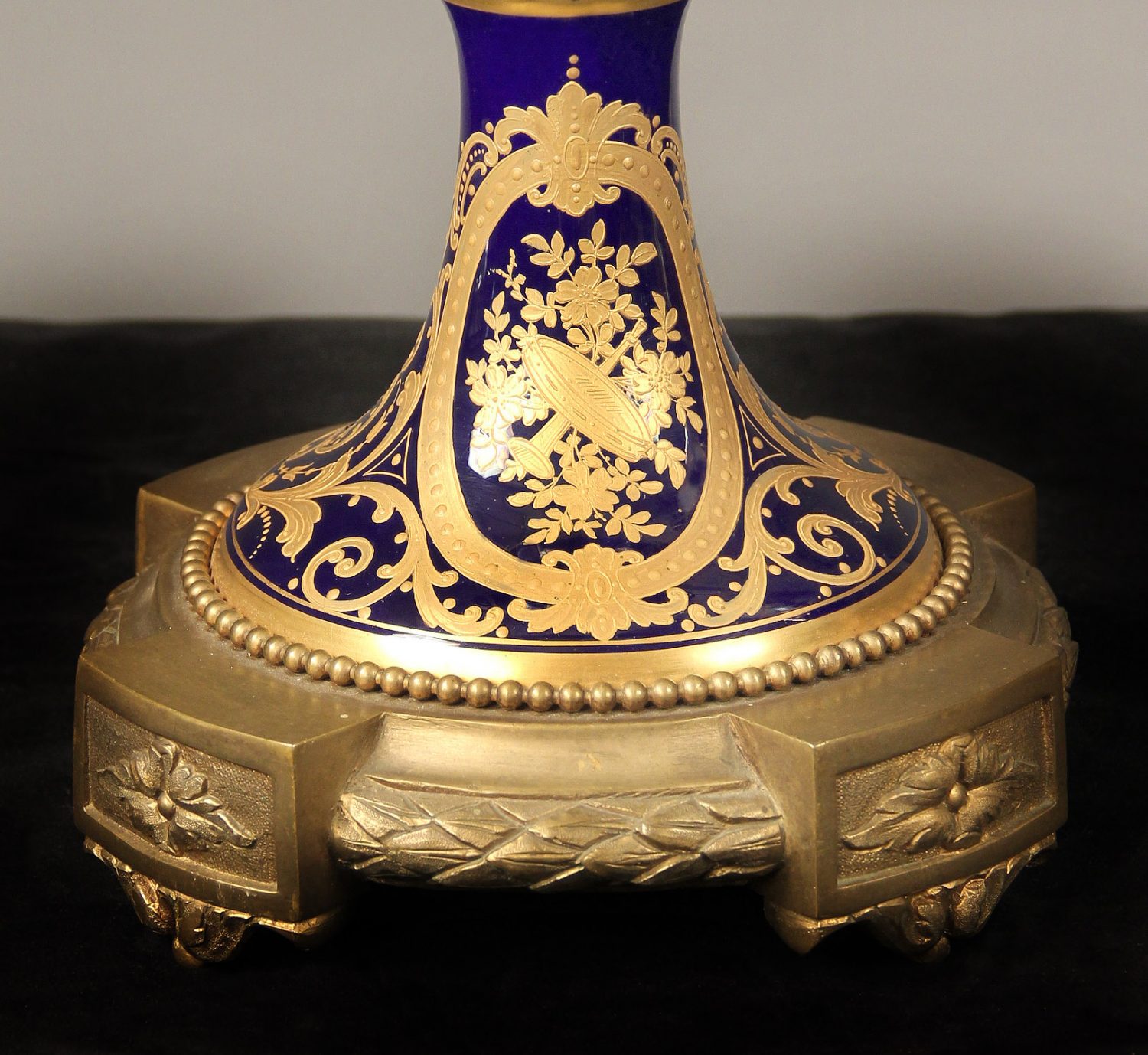 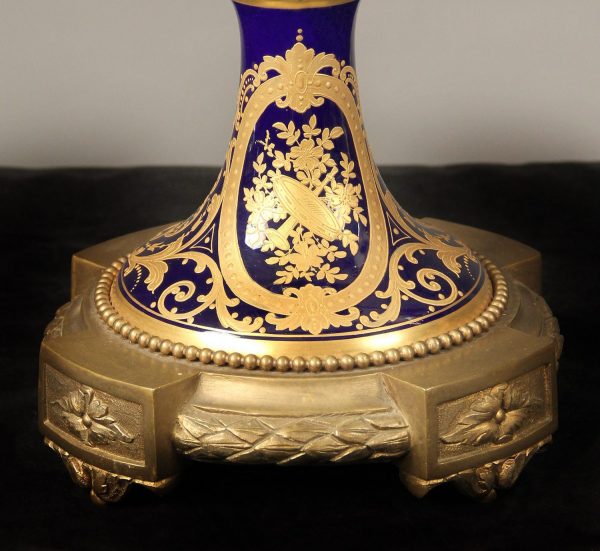 The vases are decorated with finely tooled gilt reserves on a deep blue ground; the wrap around painted scenes with courting couples inspired by the fete galante to the front and landscape scenes to the reverse. The necks and bases with fine gilt tooling of musical trophies and farming tools and are surmounted by spreading dome shaped covers surmounted by acorn finials. The vases are flanked by bronze handles and raised on conforming bases.

Signed by the artist E. Carelle.