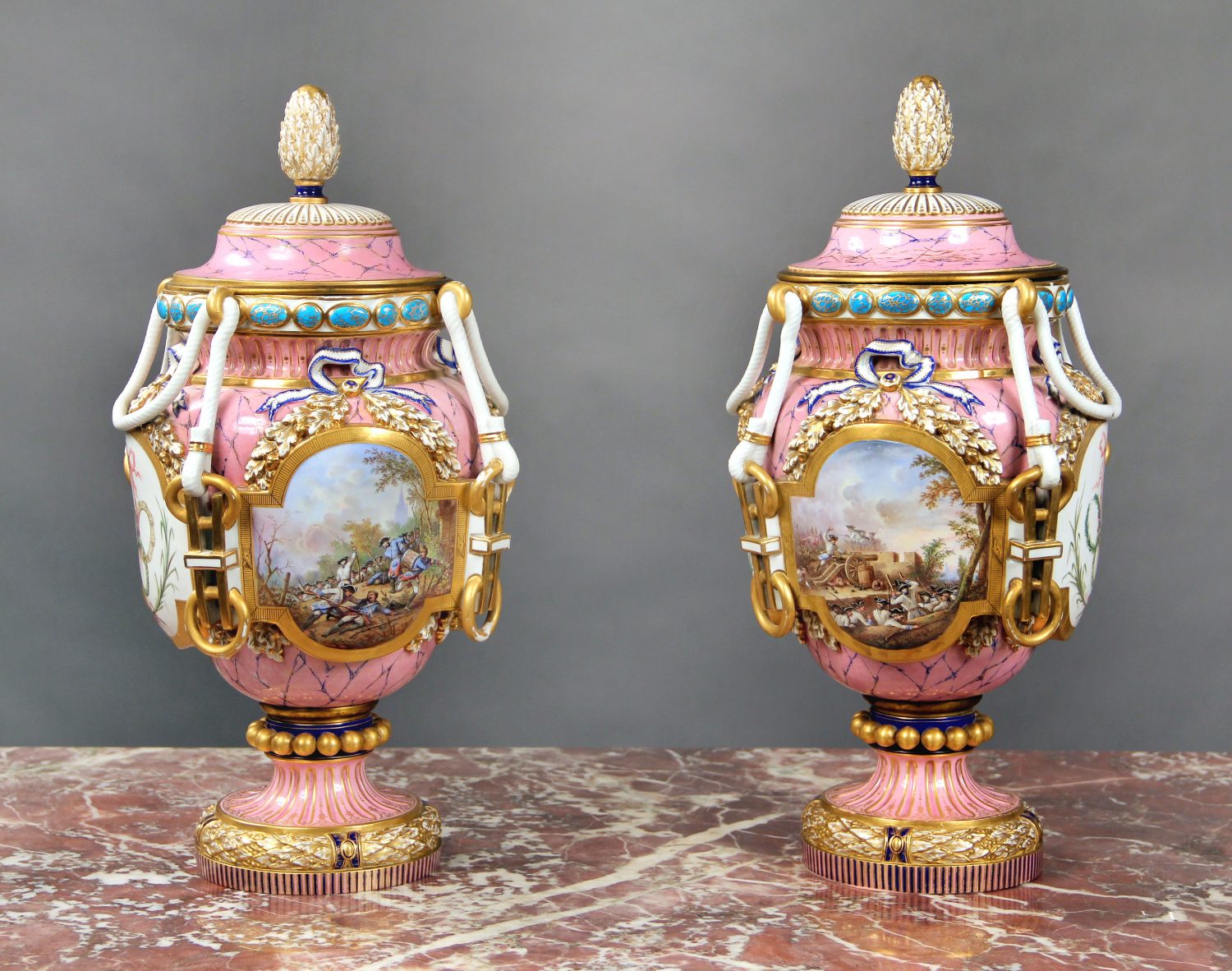 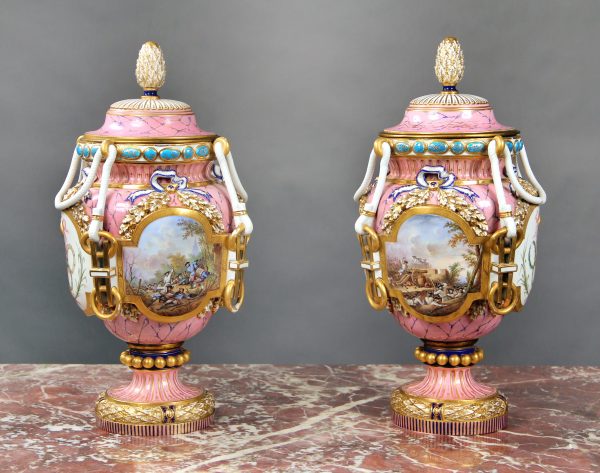 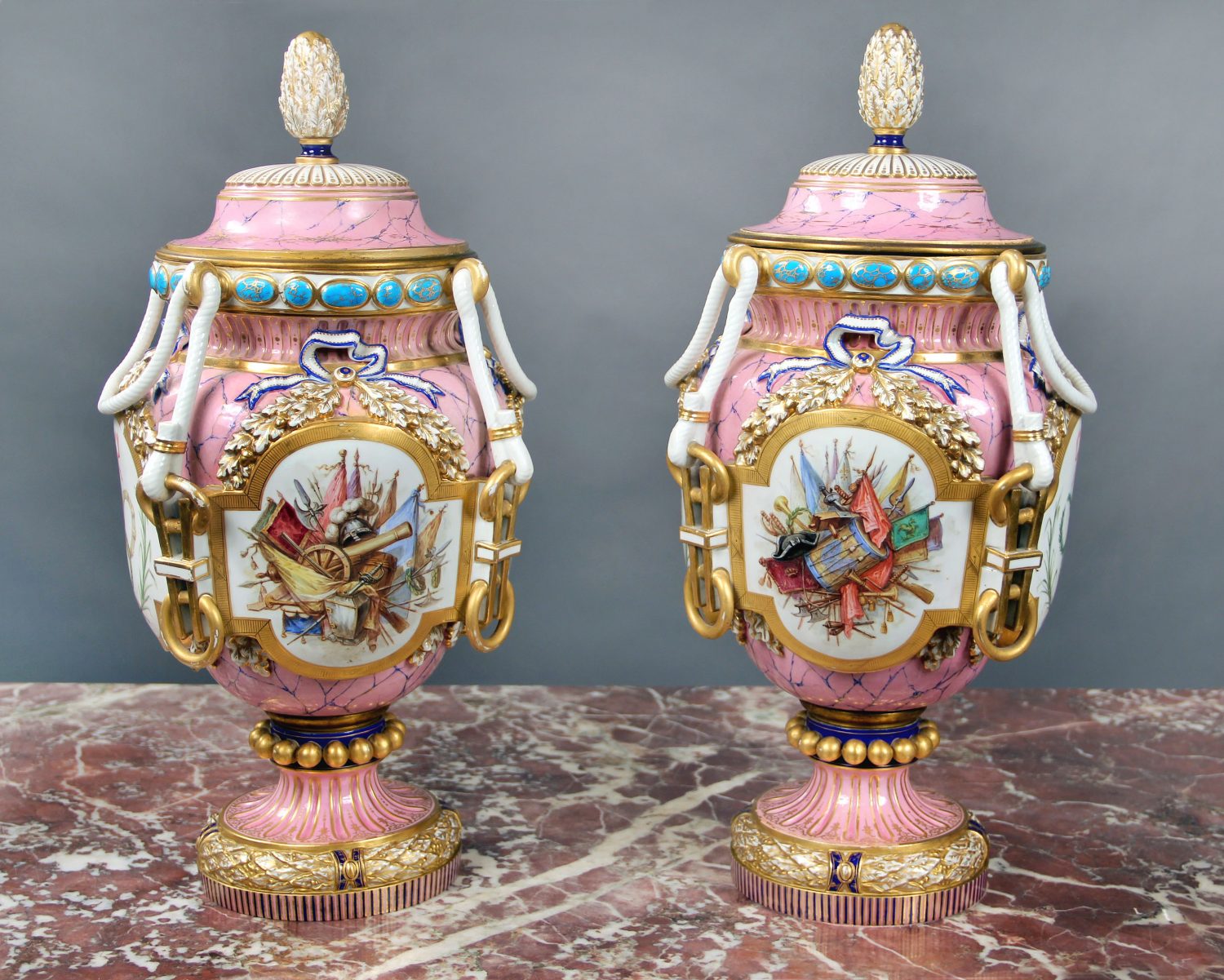 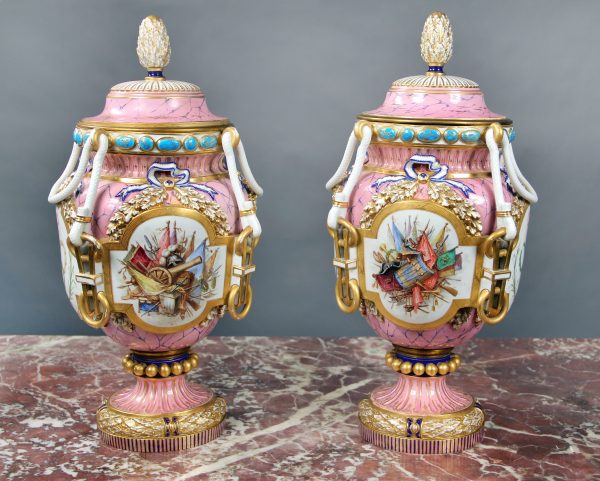 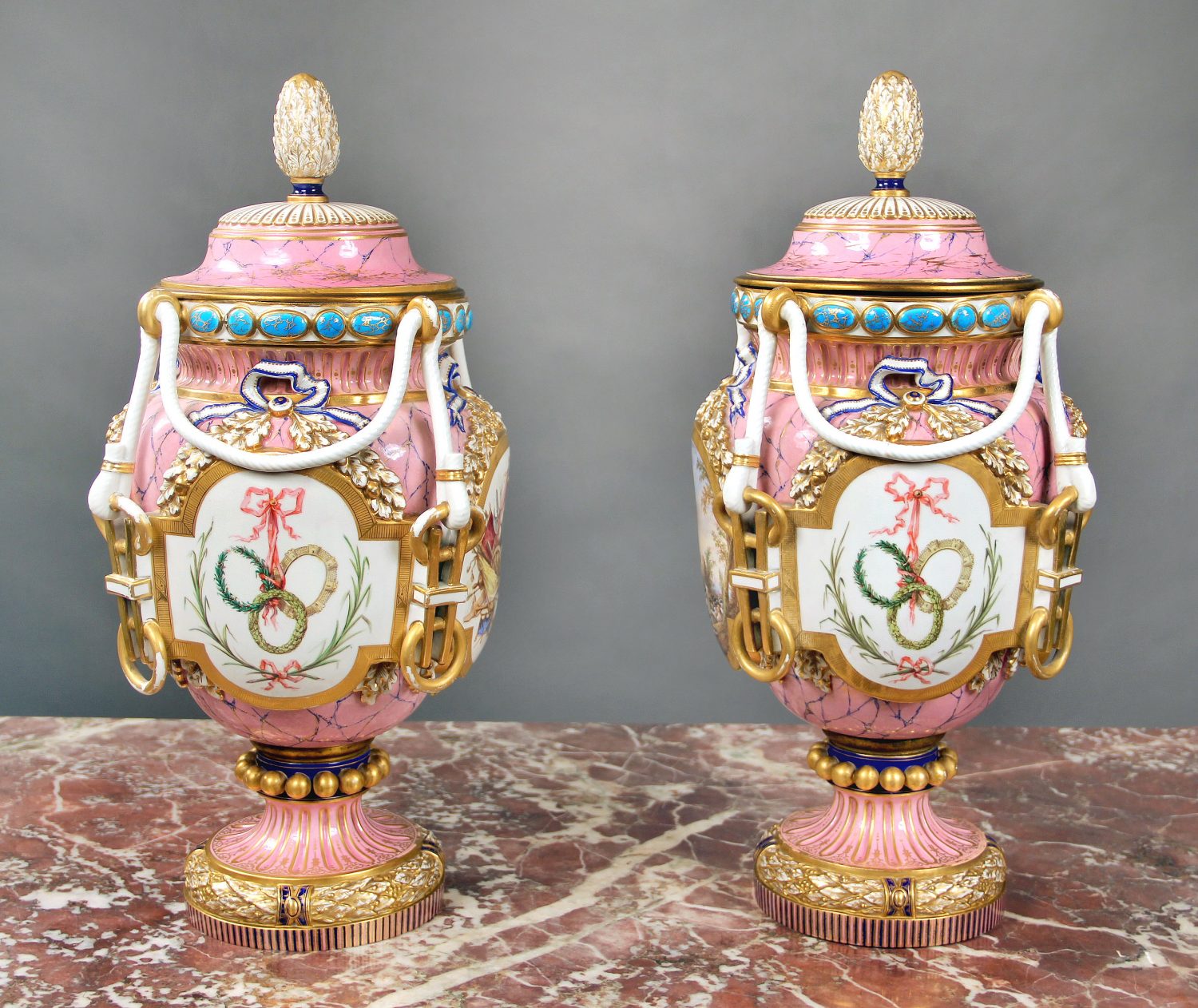 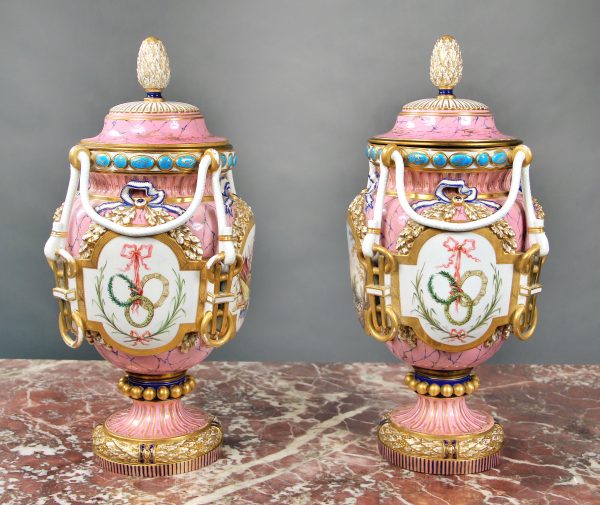 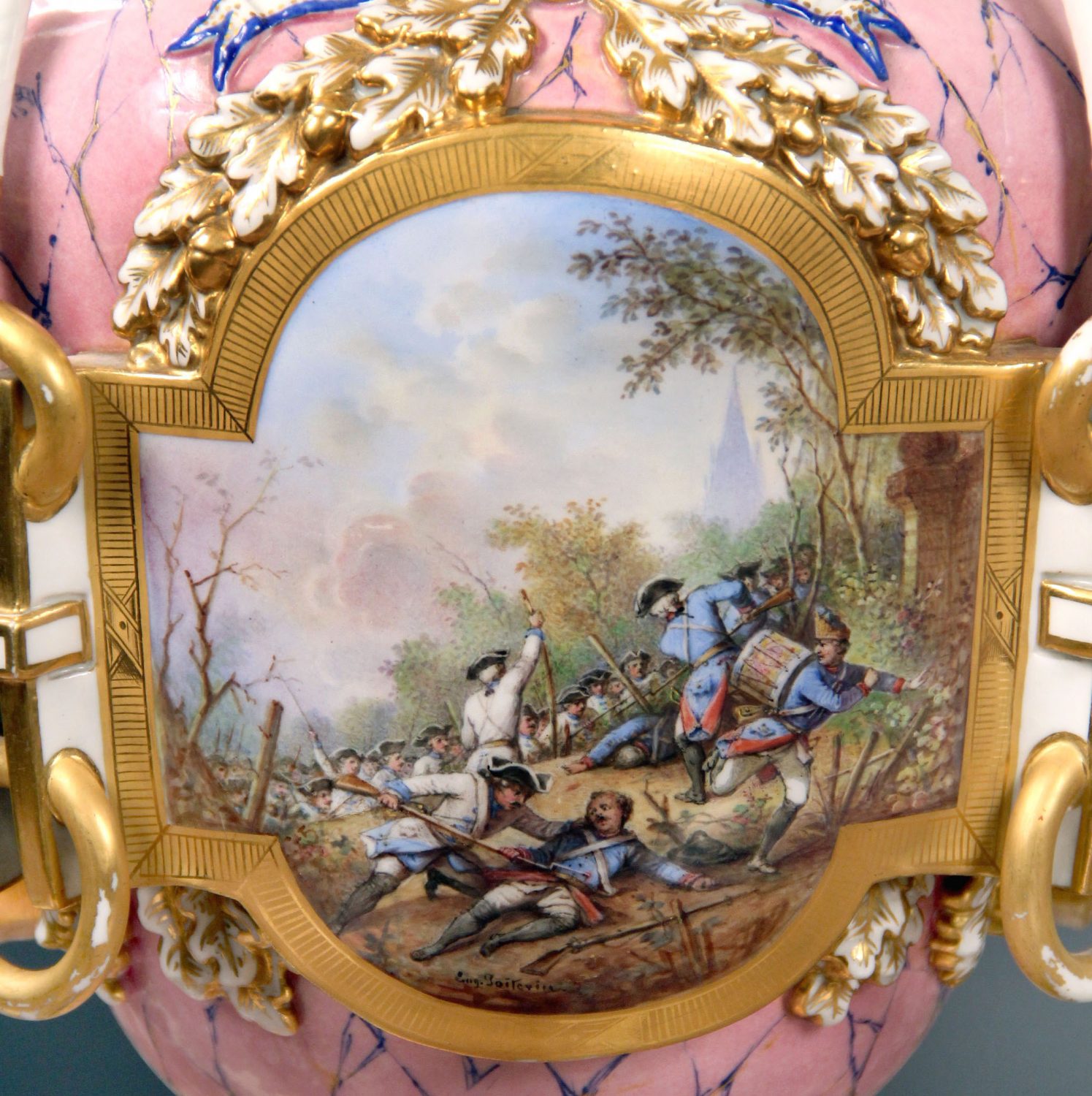 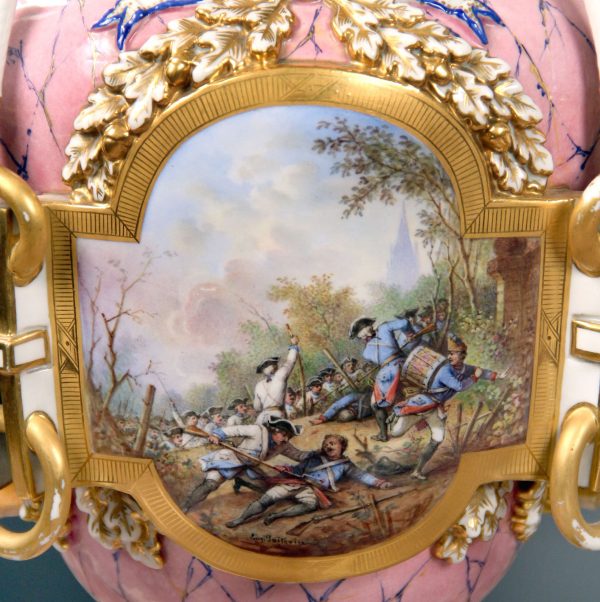 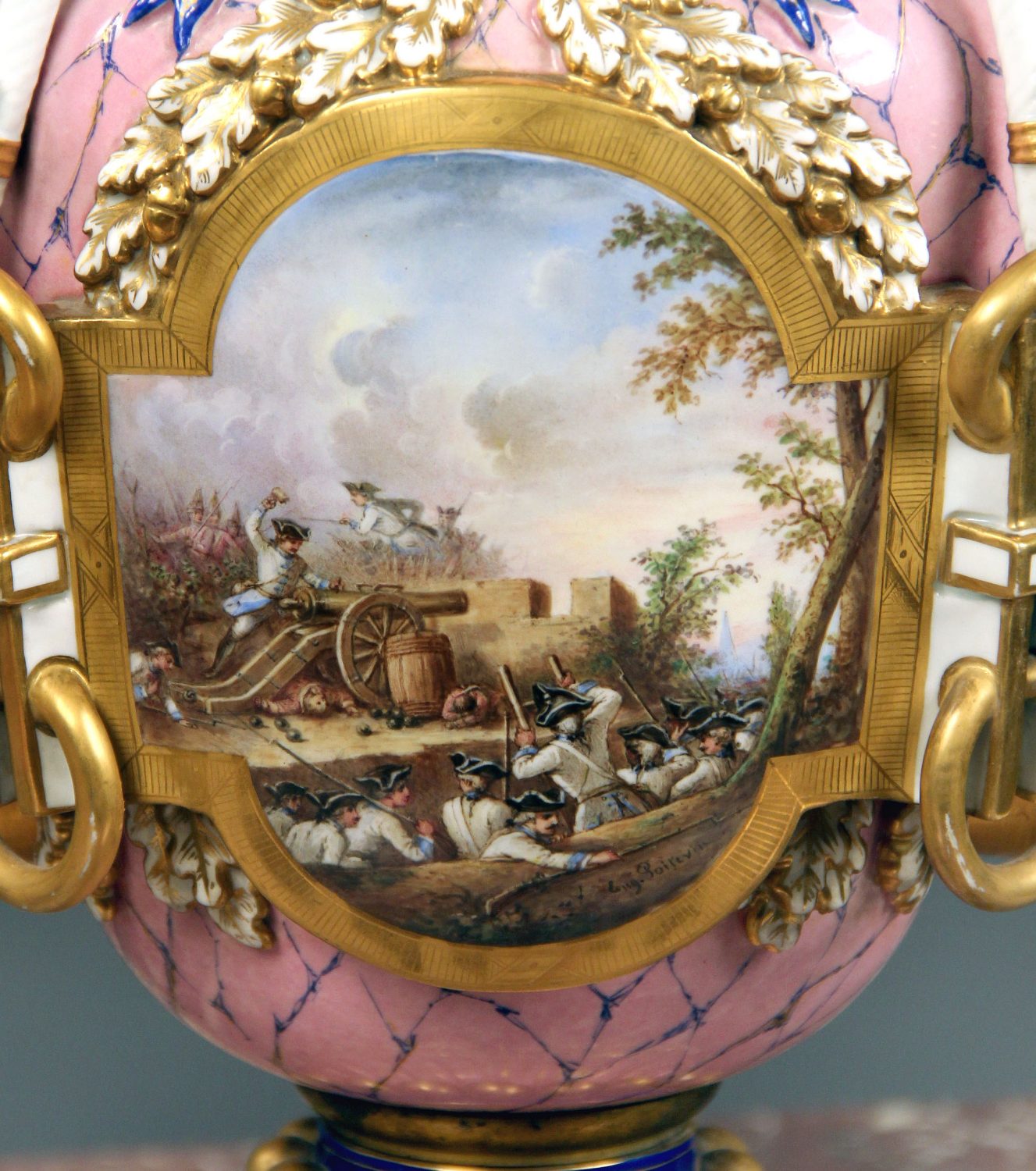 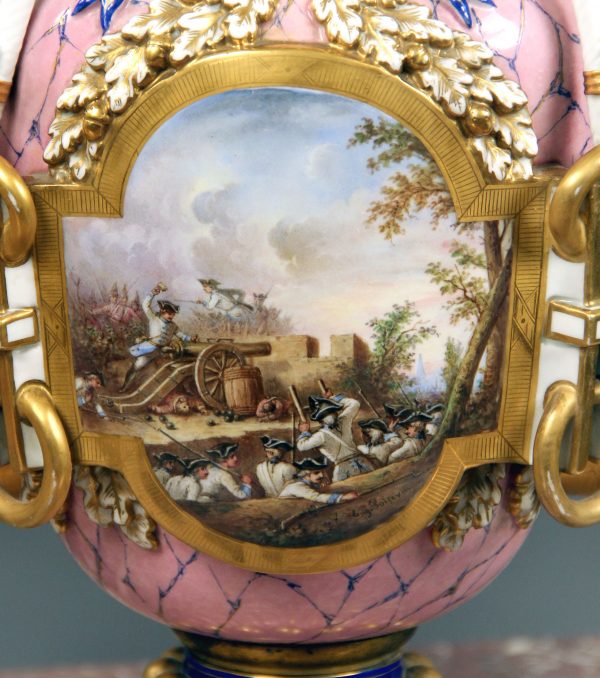 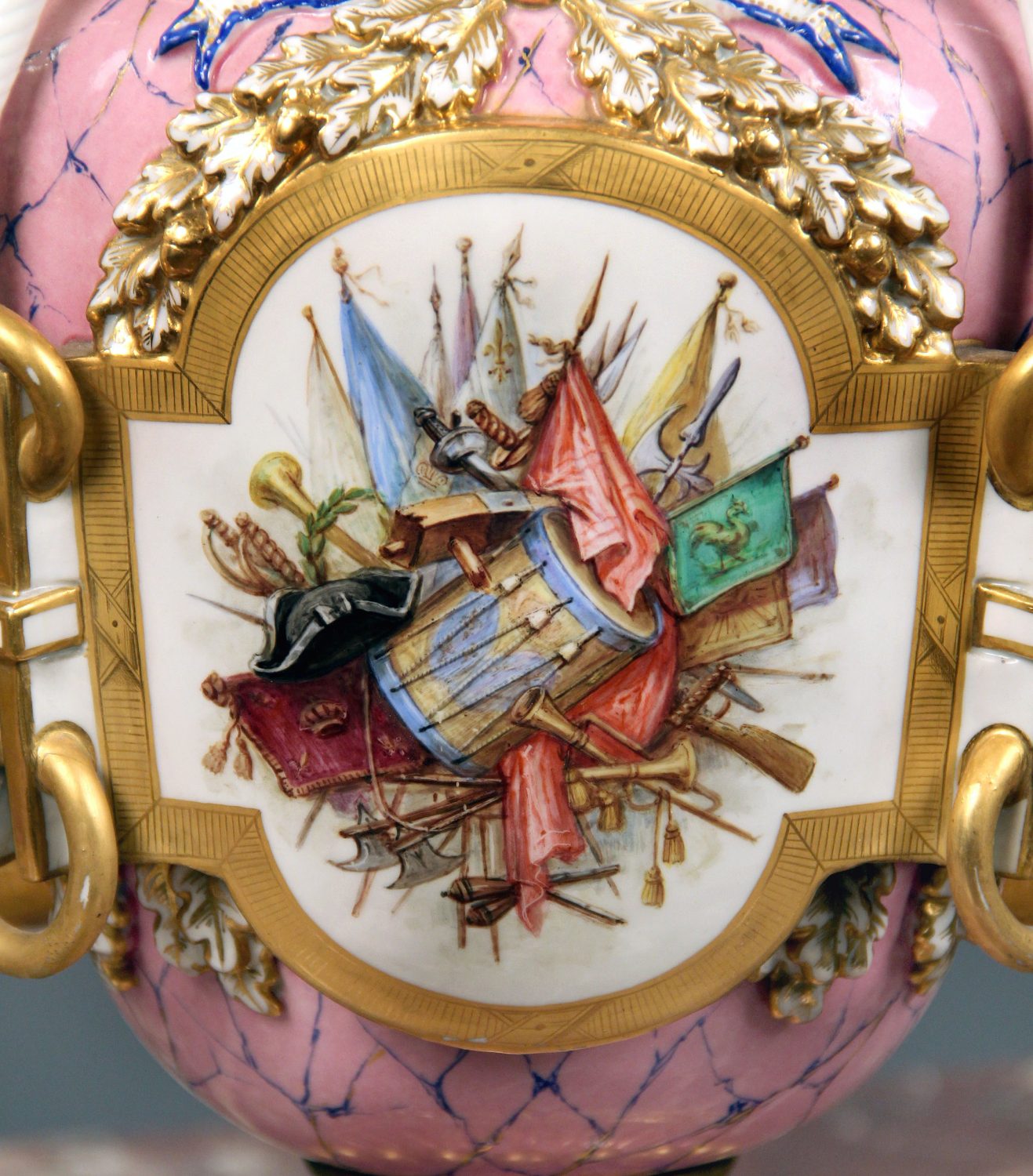 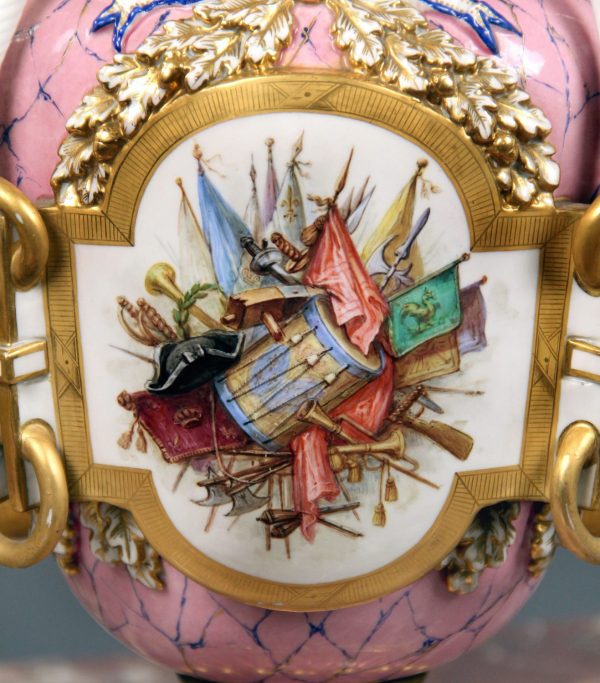 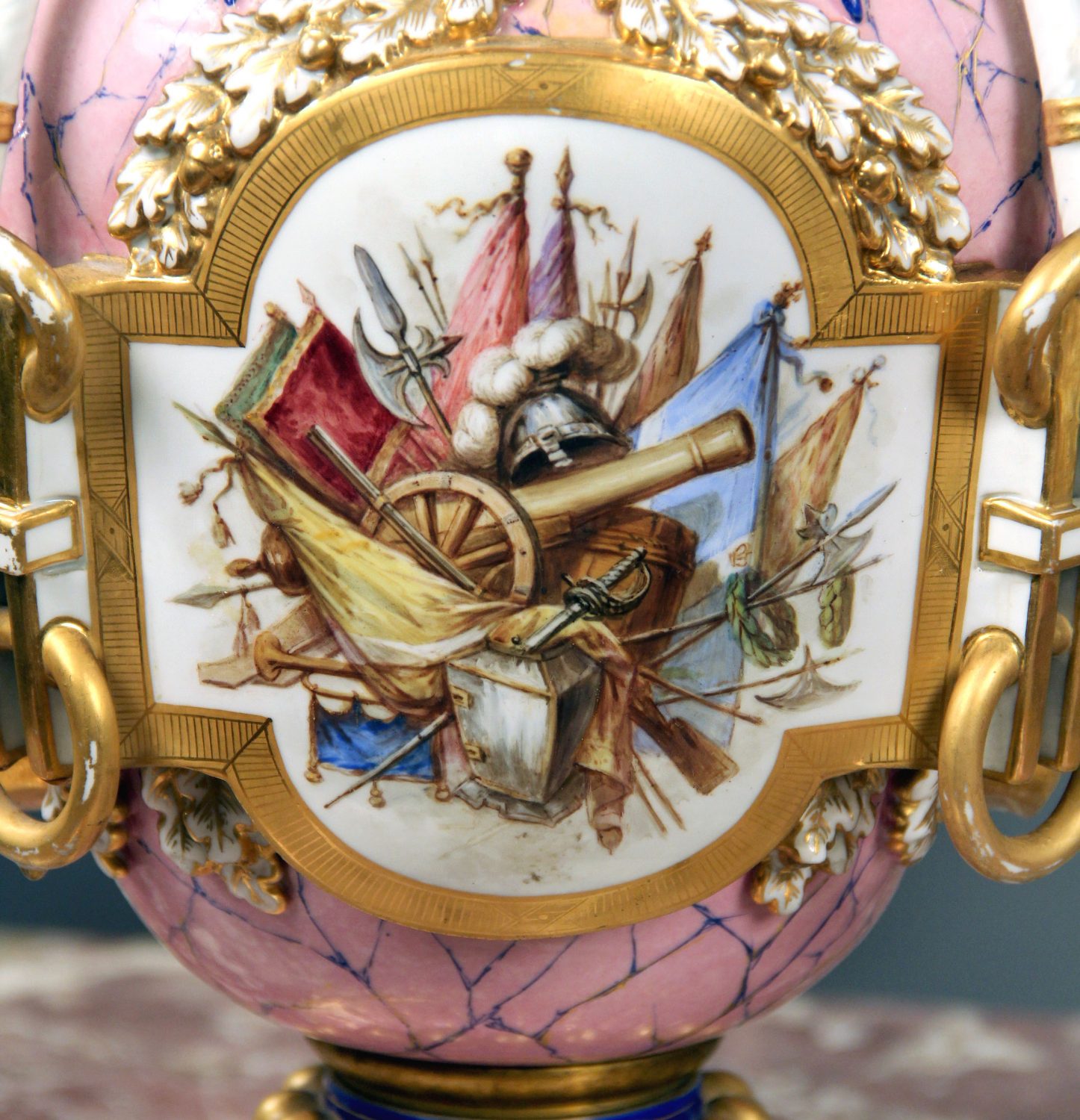 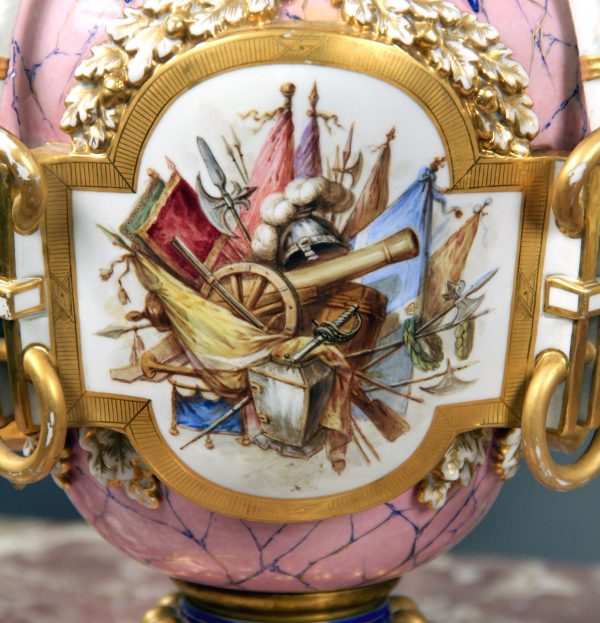 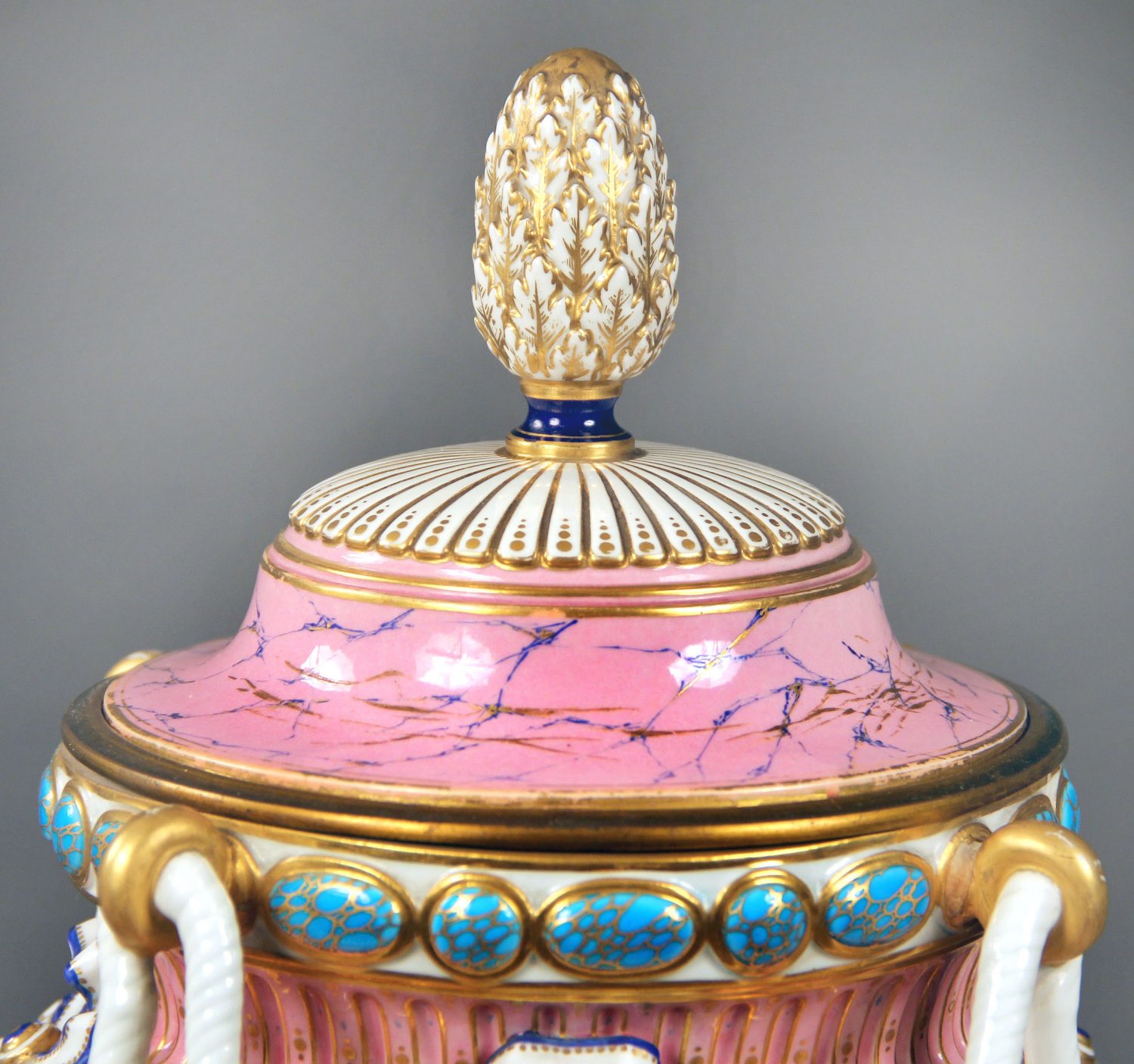 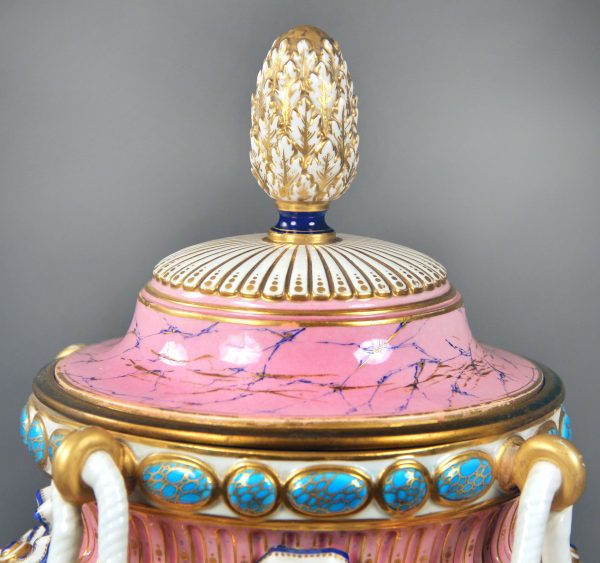 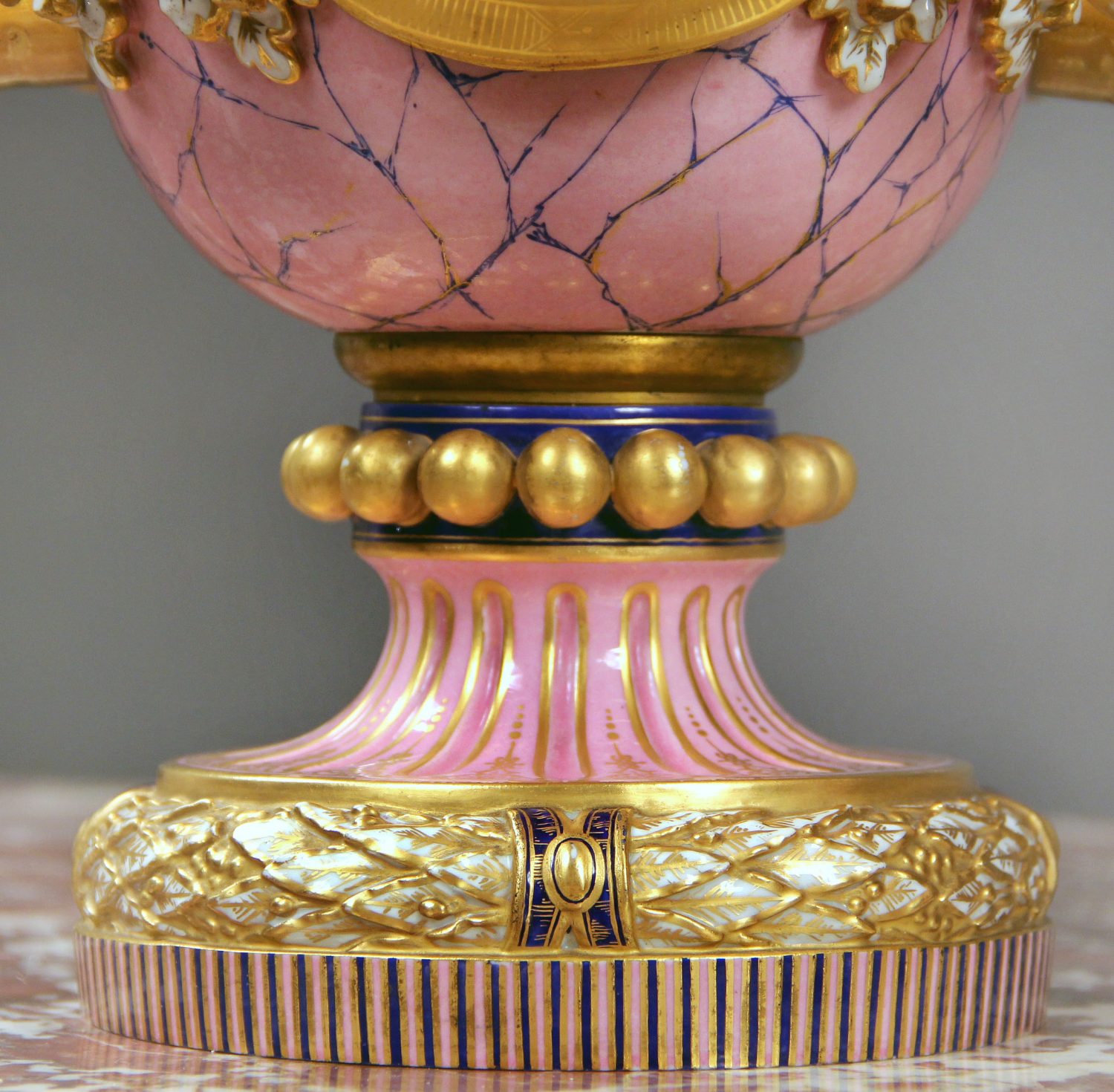 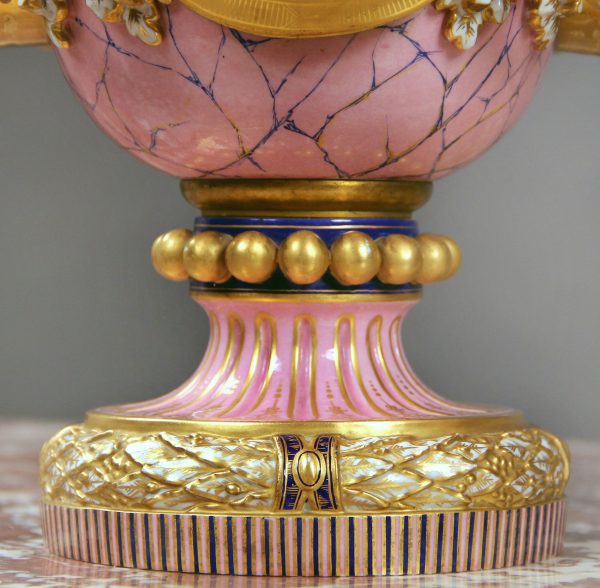 Each with painted designs on all four sides. The front with landscape battle scenes, arms and trophies on the back, and the sides with laurel wreaths. Pink porcelain with gilt highlights.