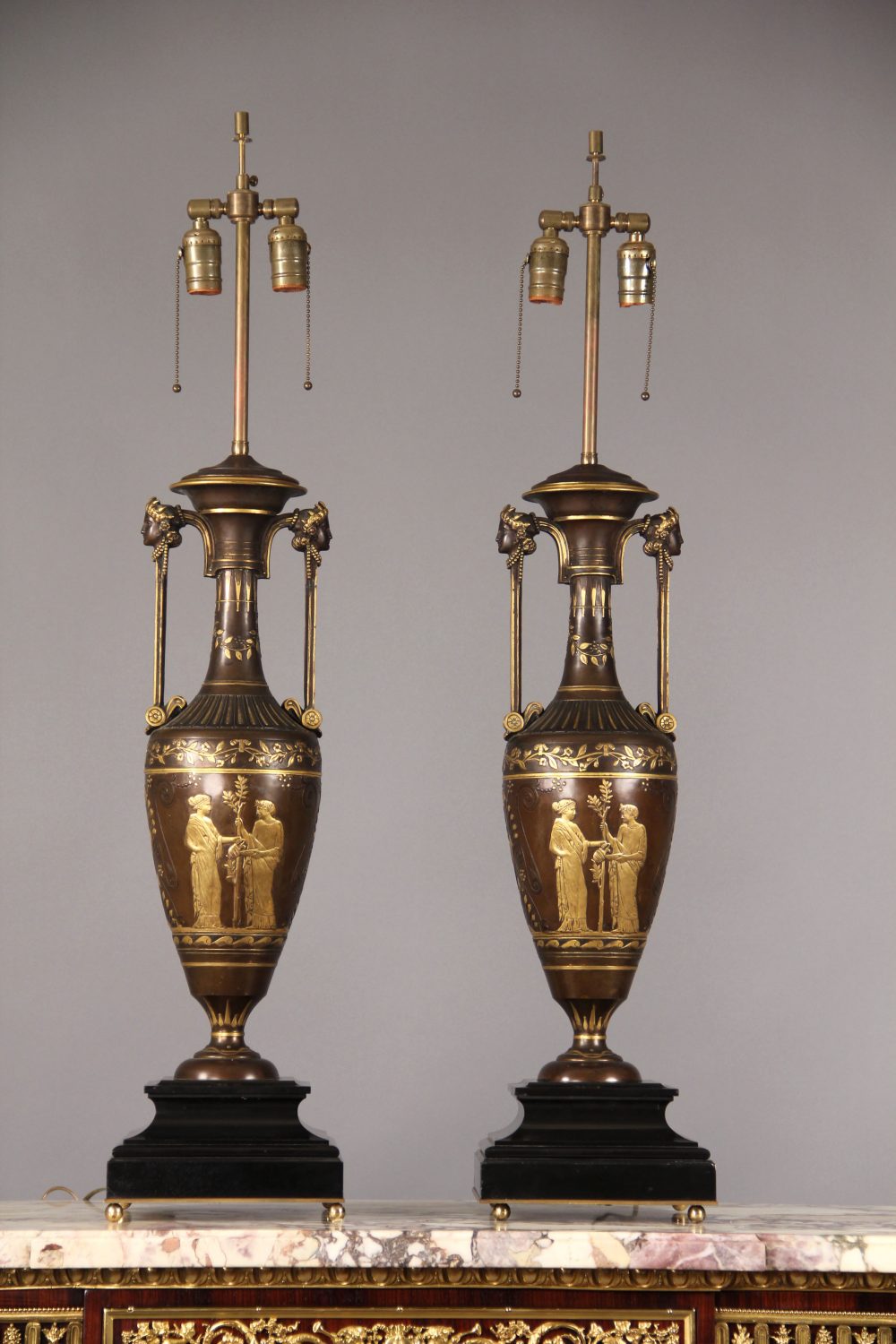 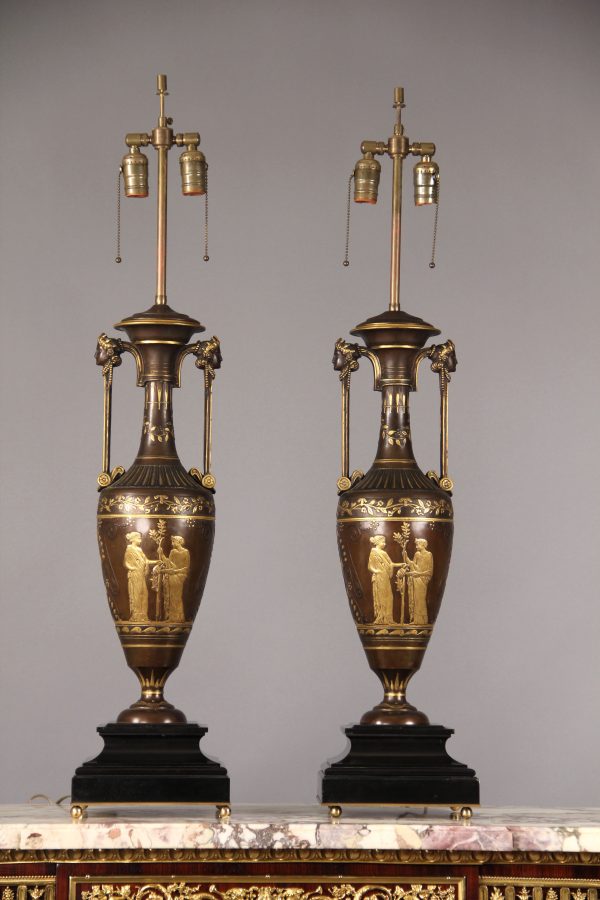 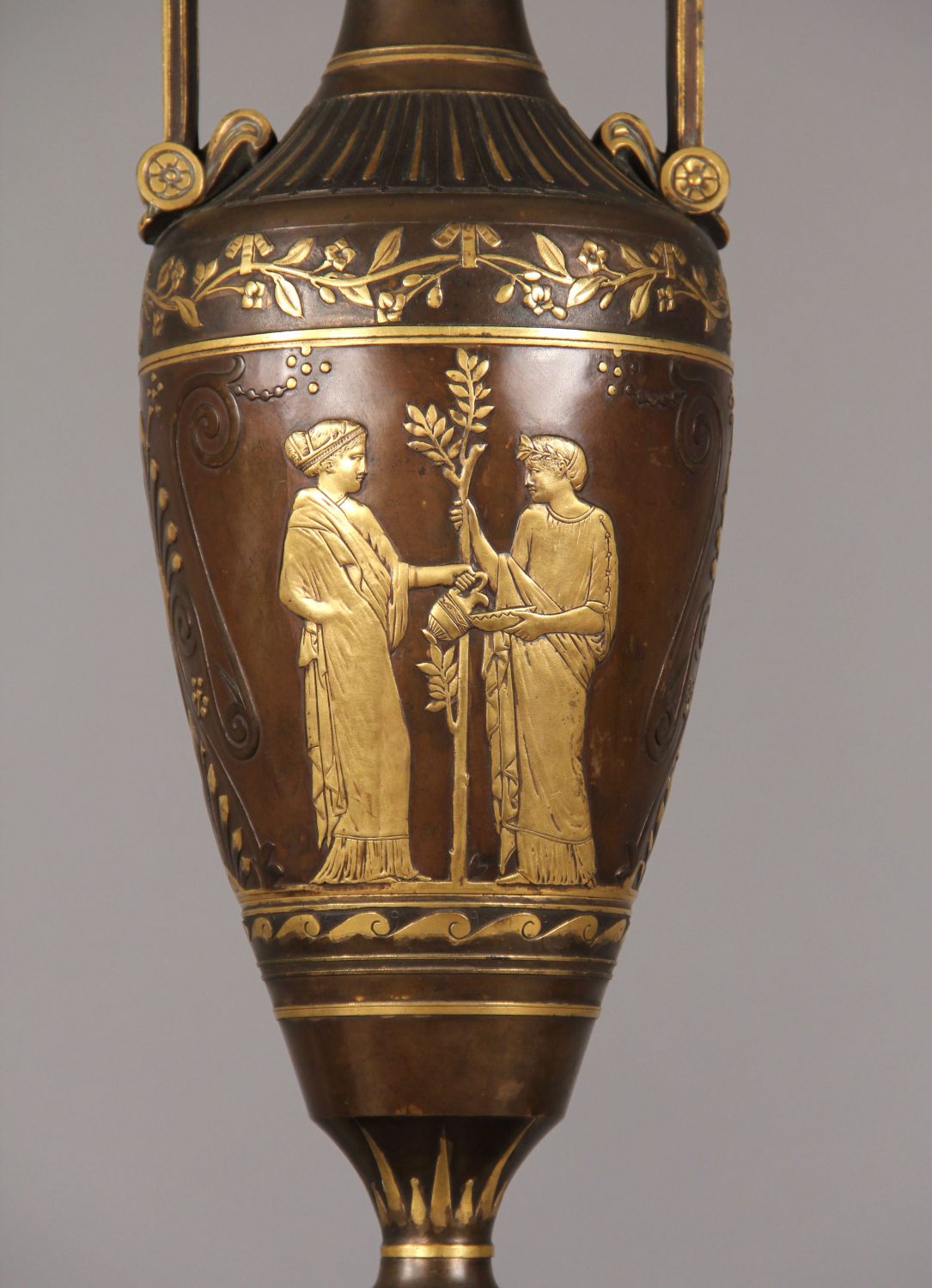 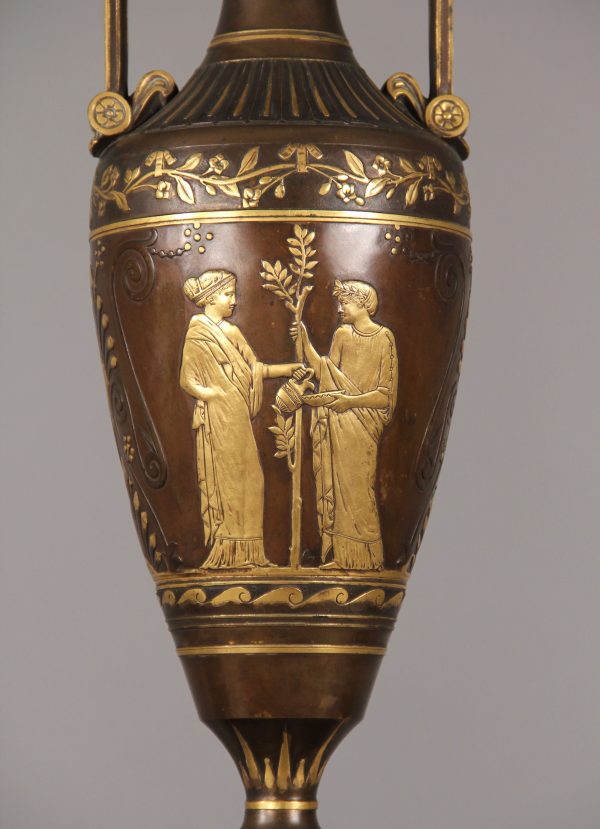 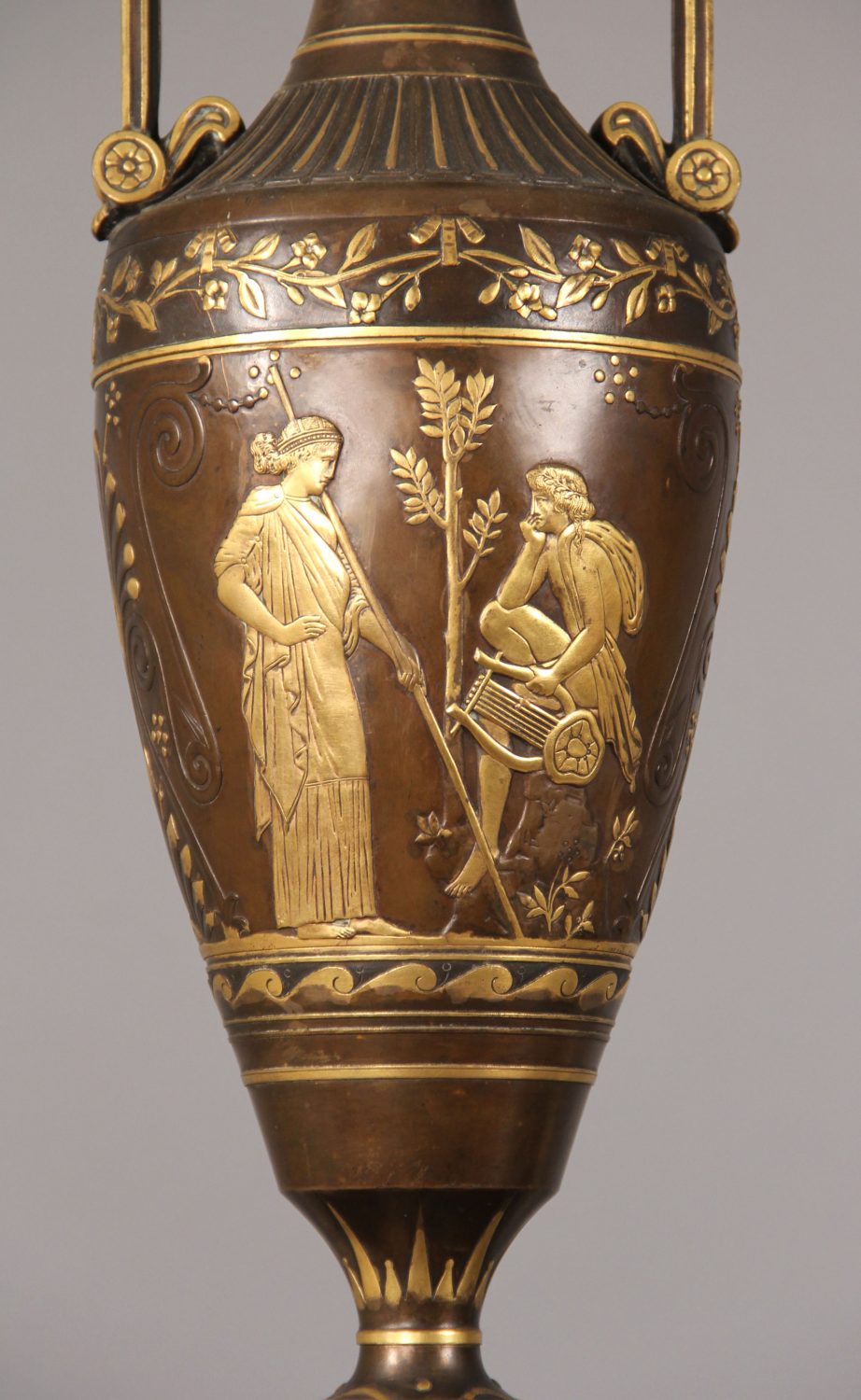 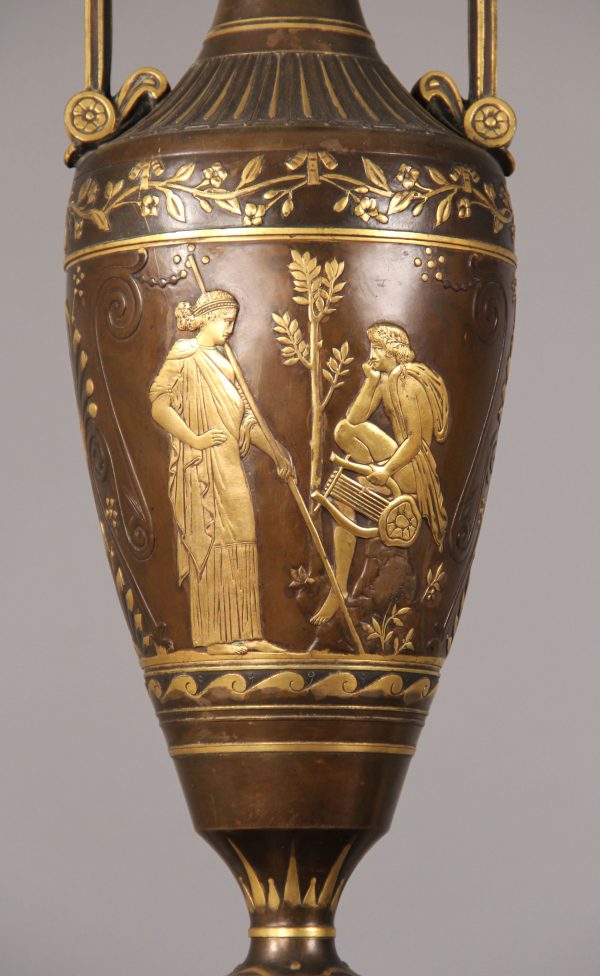 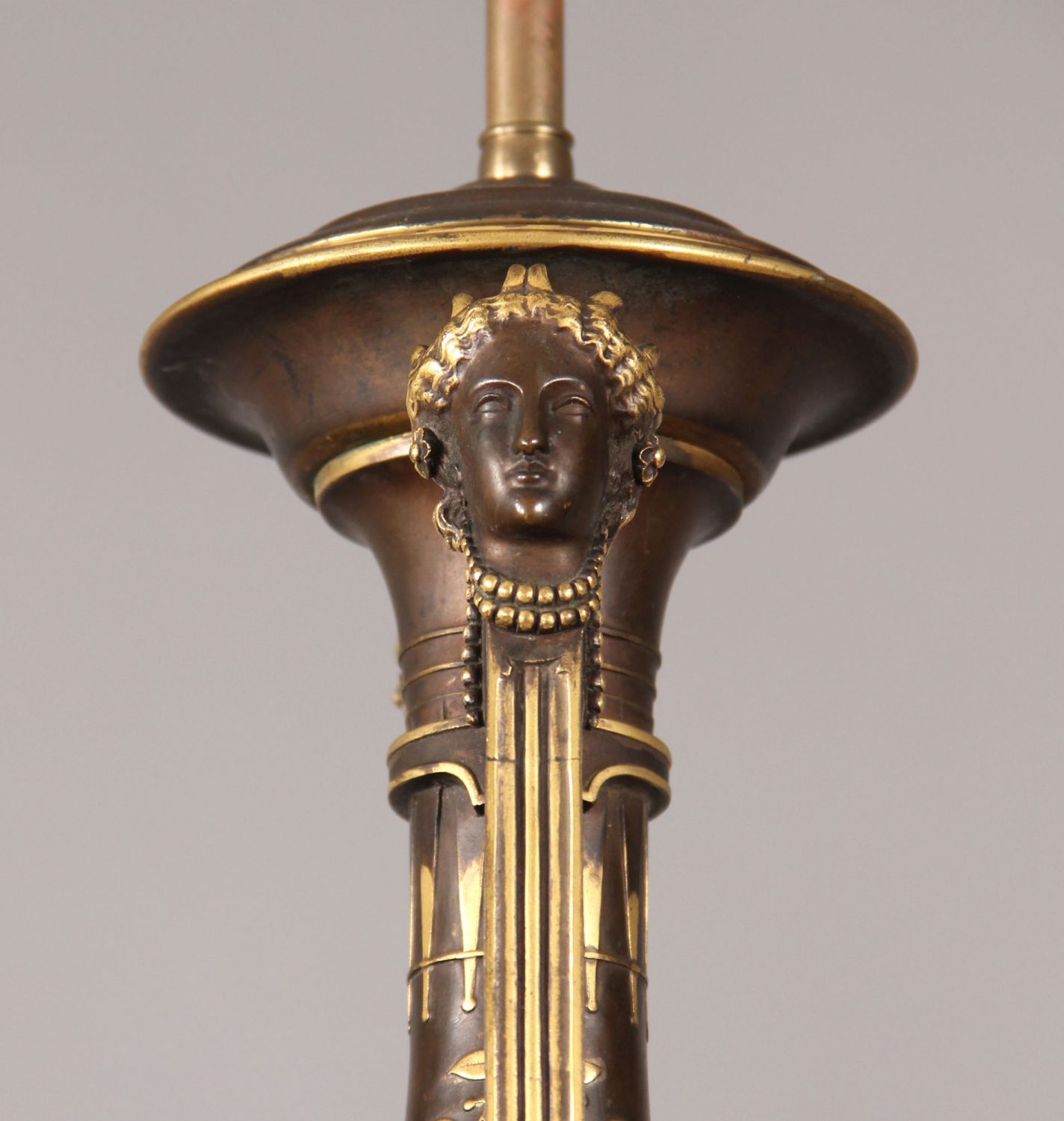 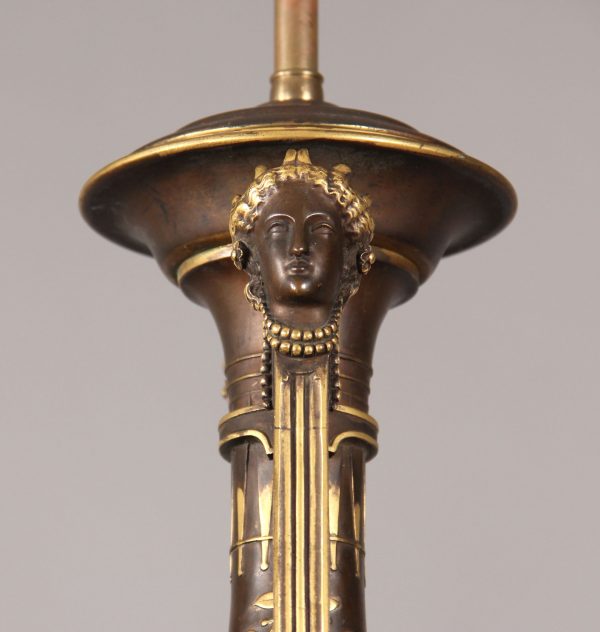 Each in etruscan style on a black Belgian marble base.