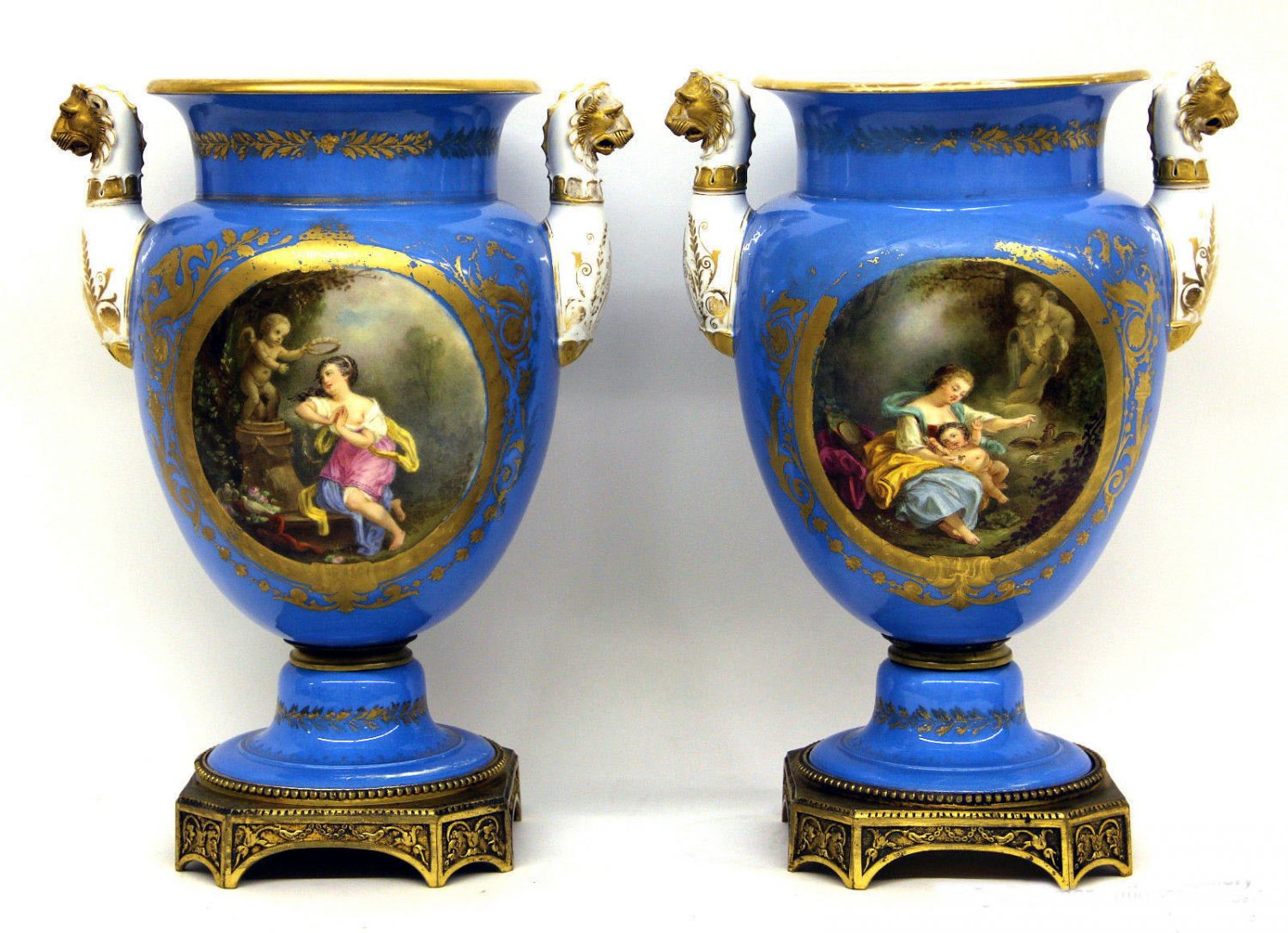 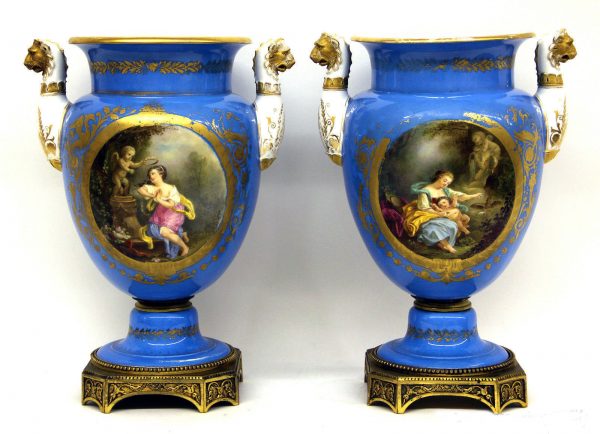 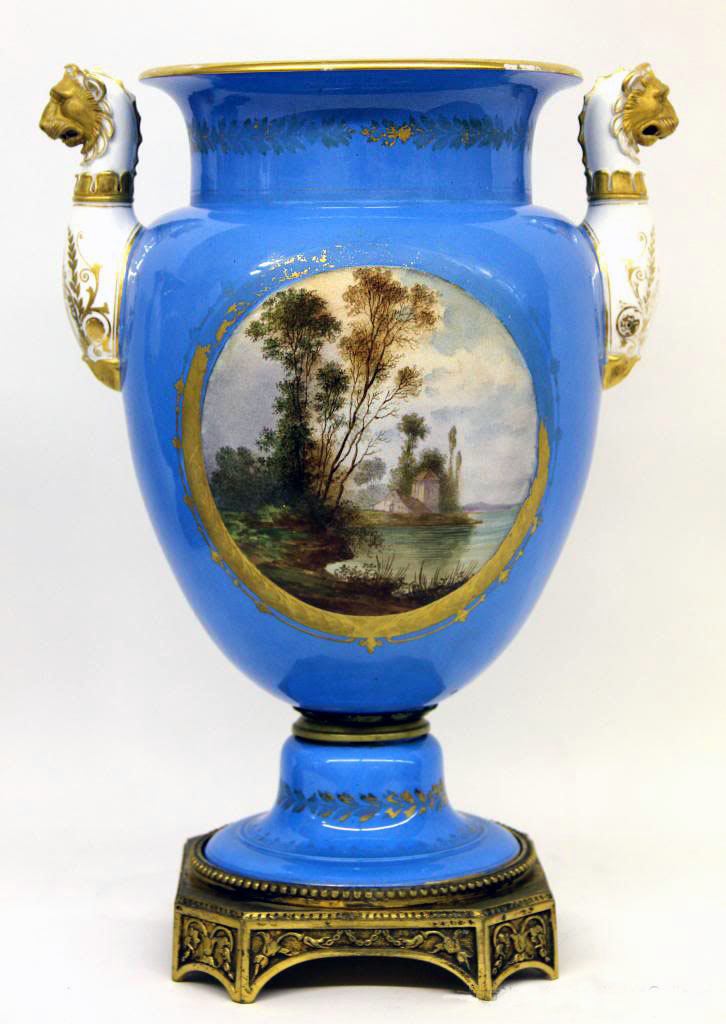 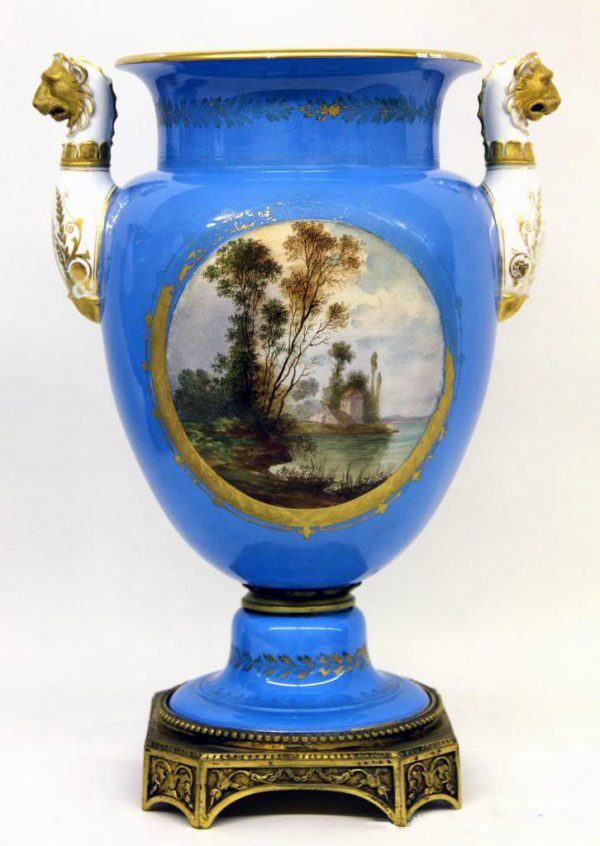 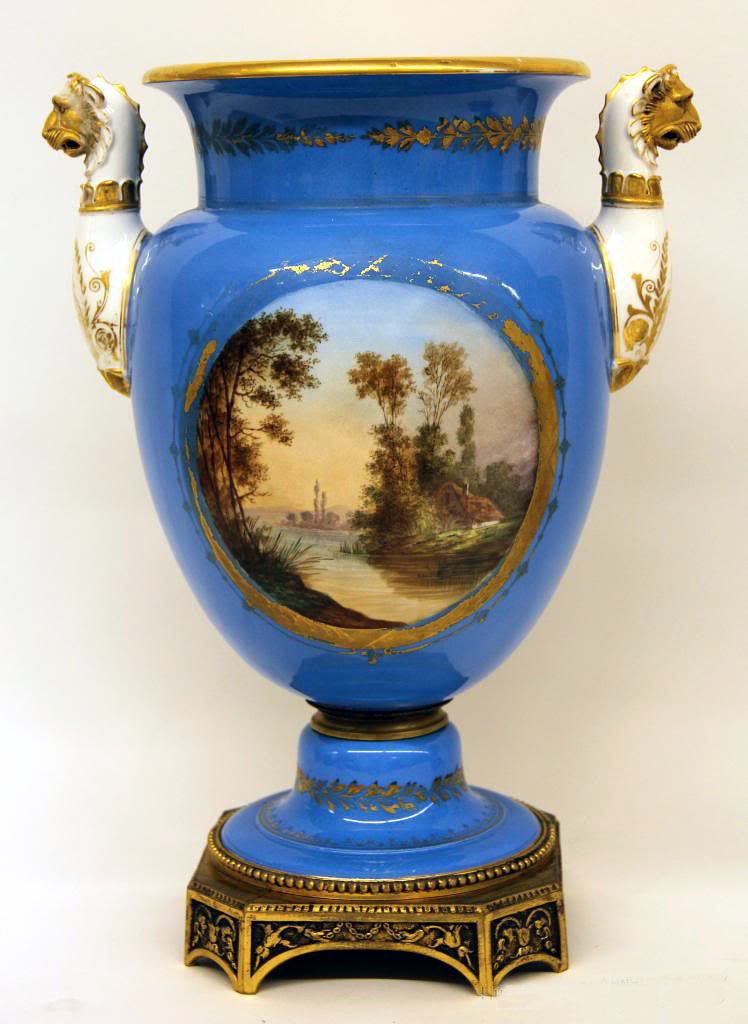 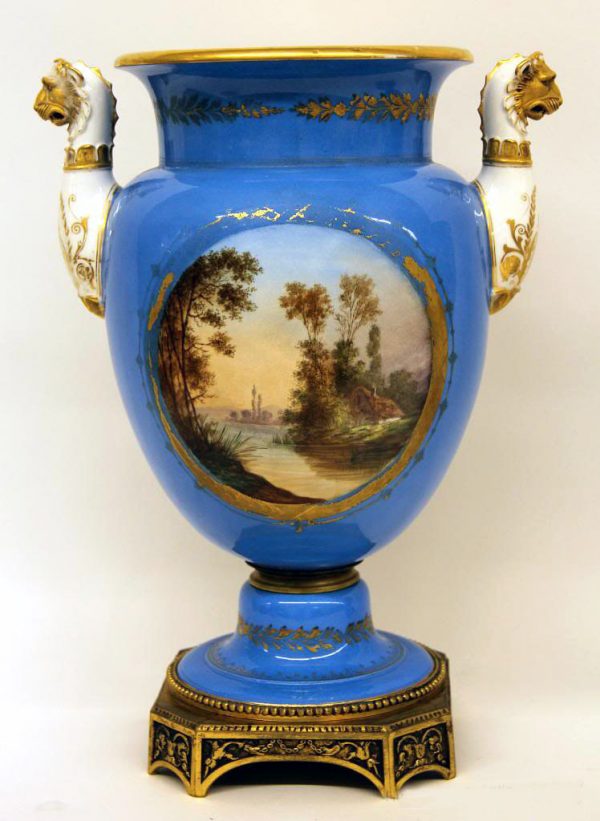 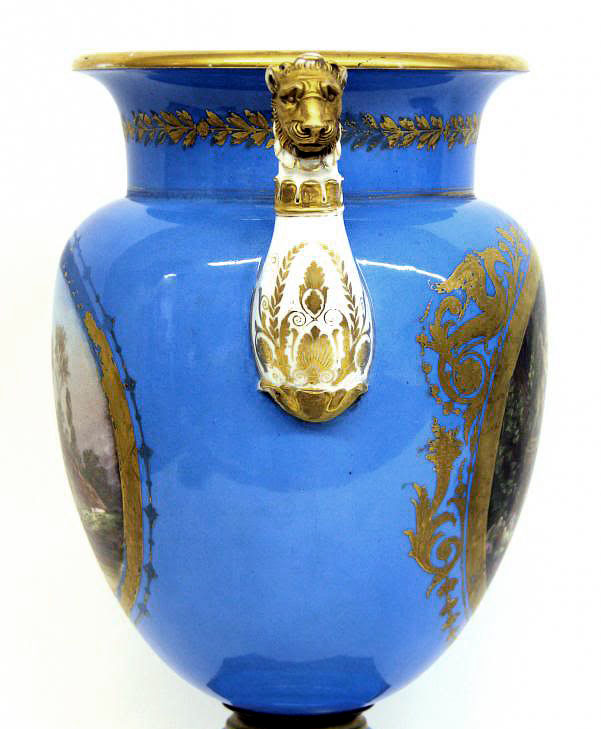 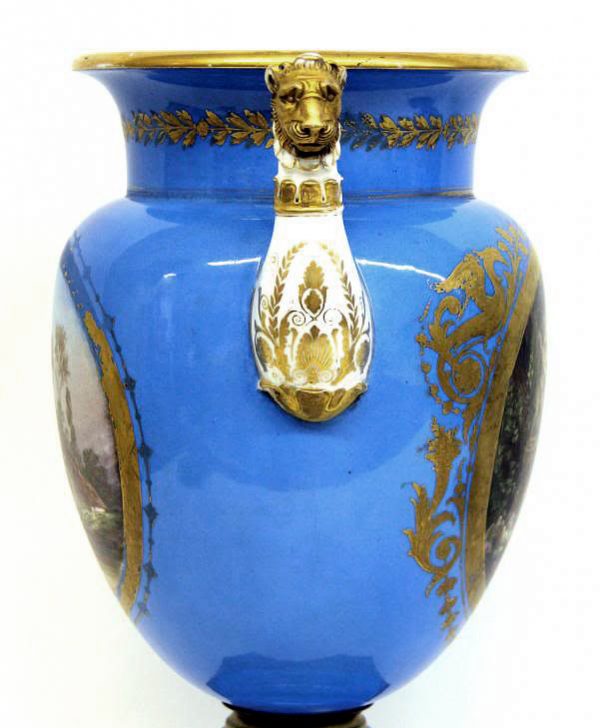 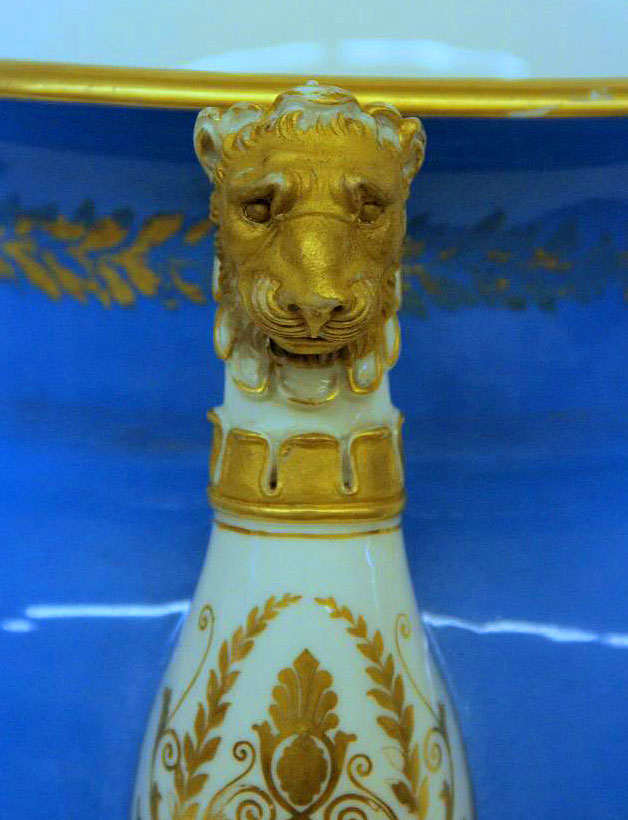 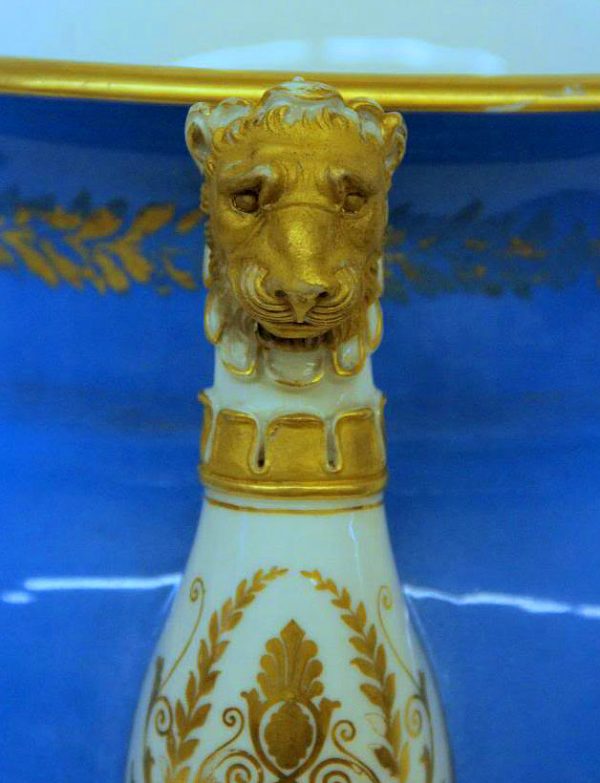 The front of the vases painted with a woman and cherubs, the back as landscape scenes. The handles depicting a lion.