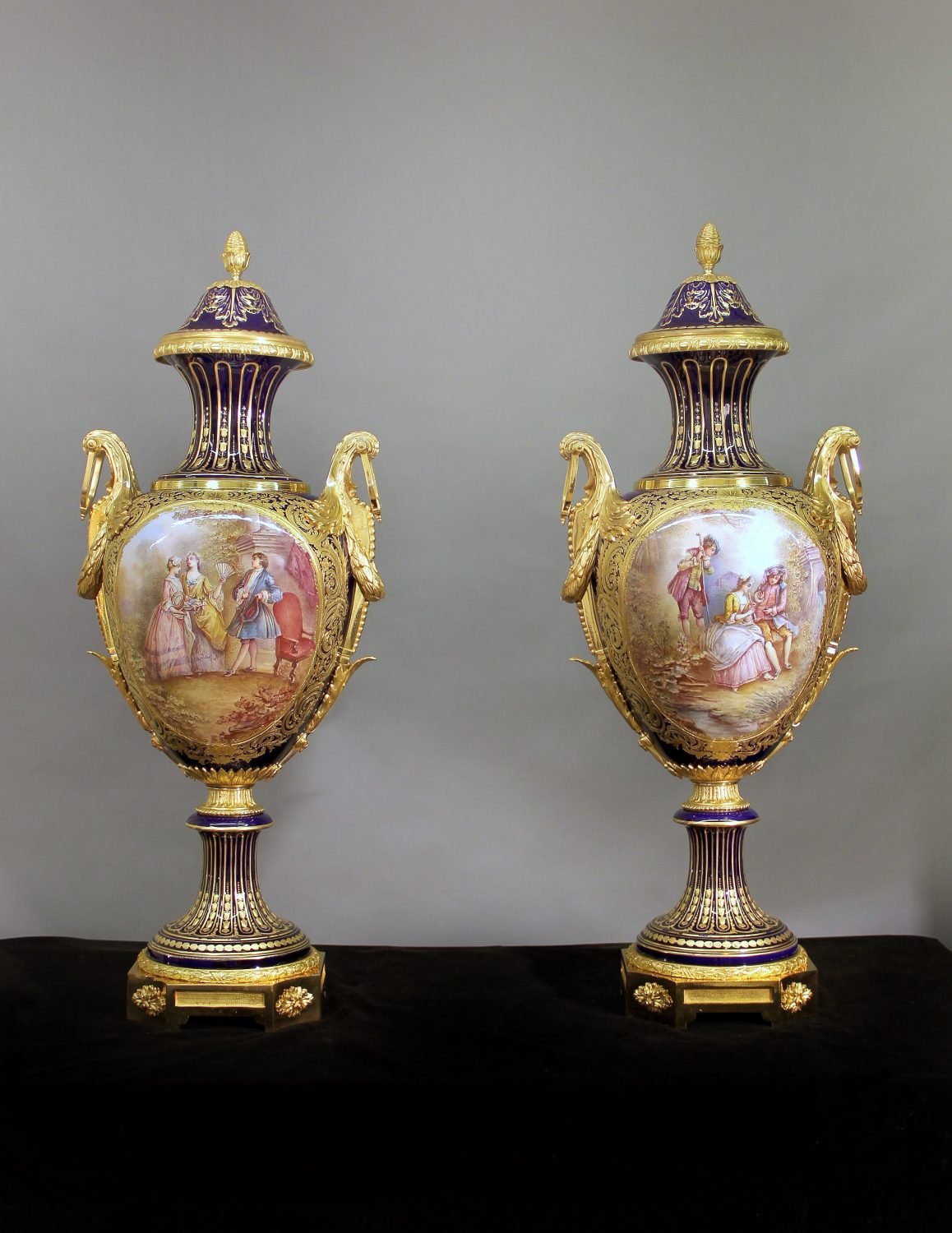 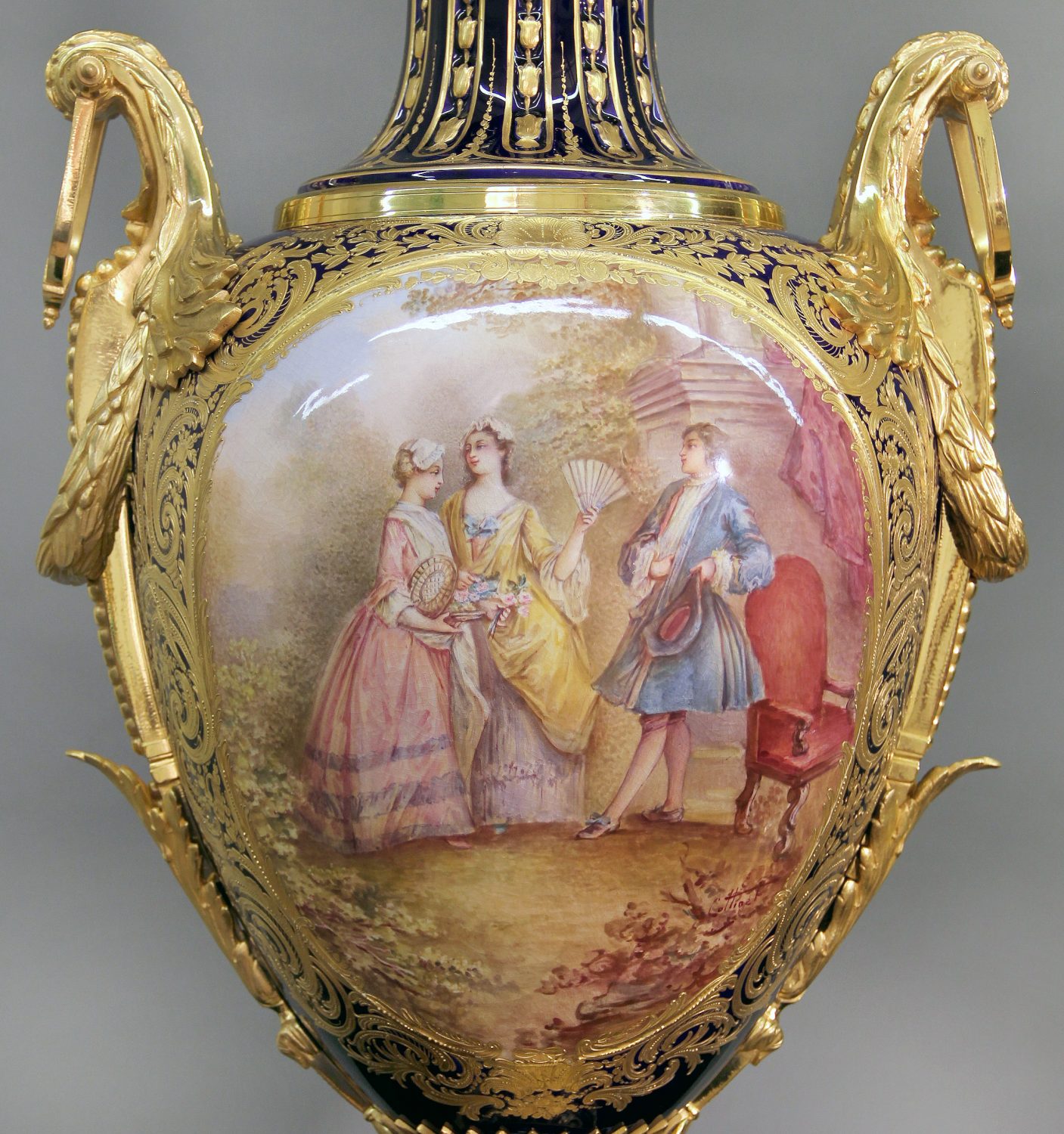 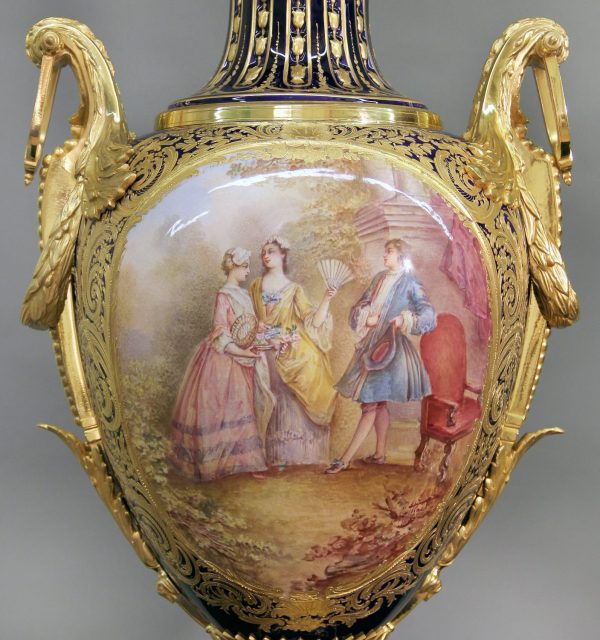 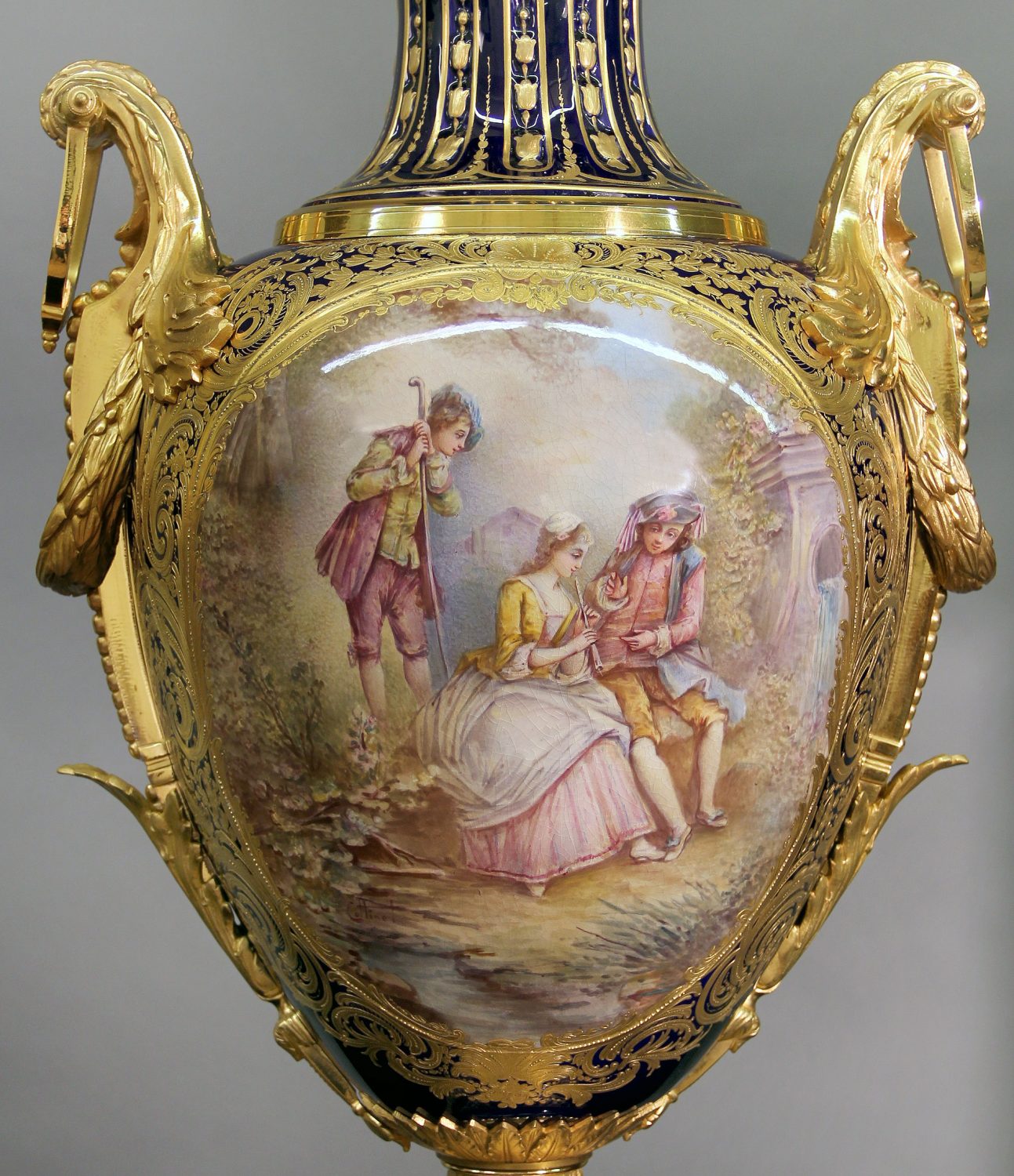 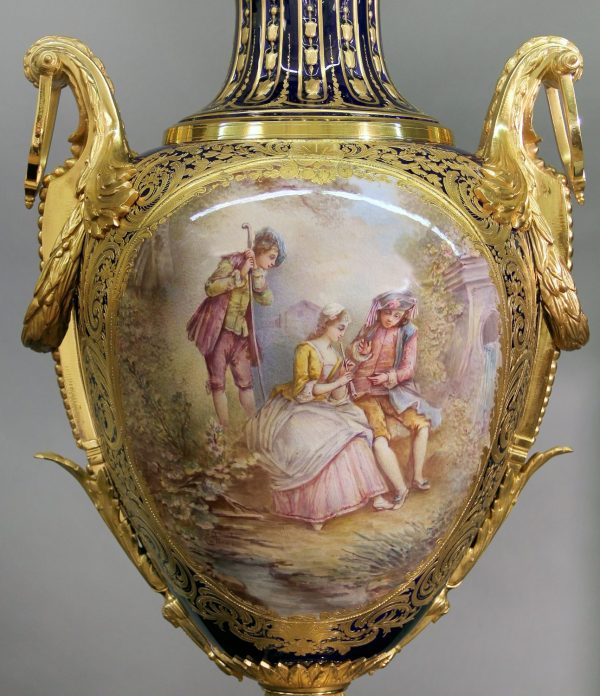 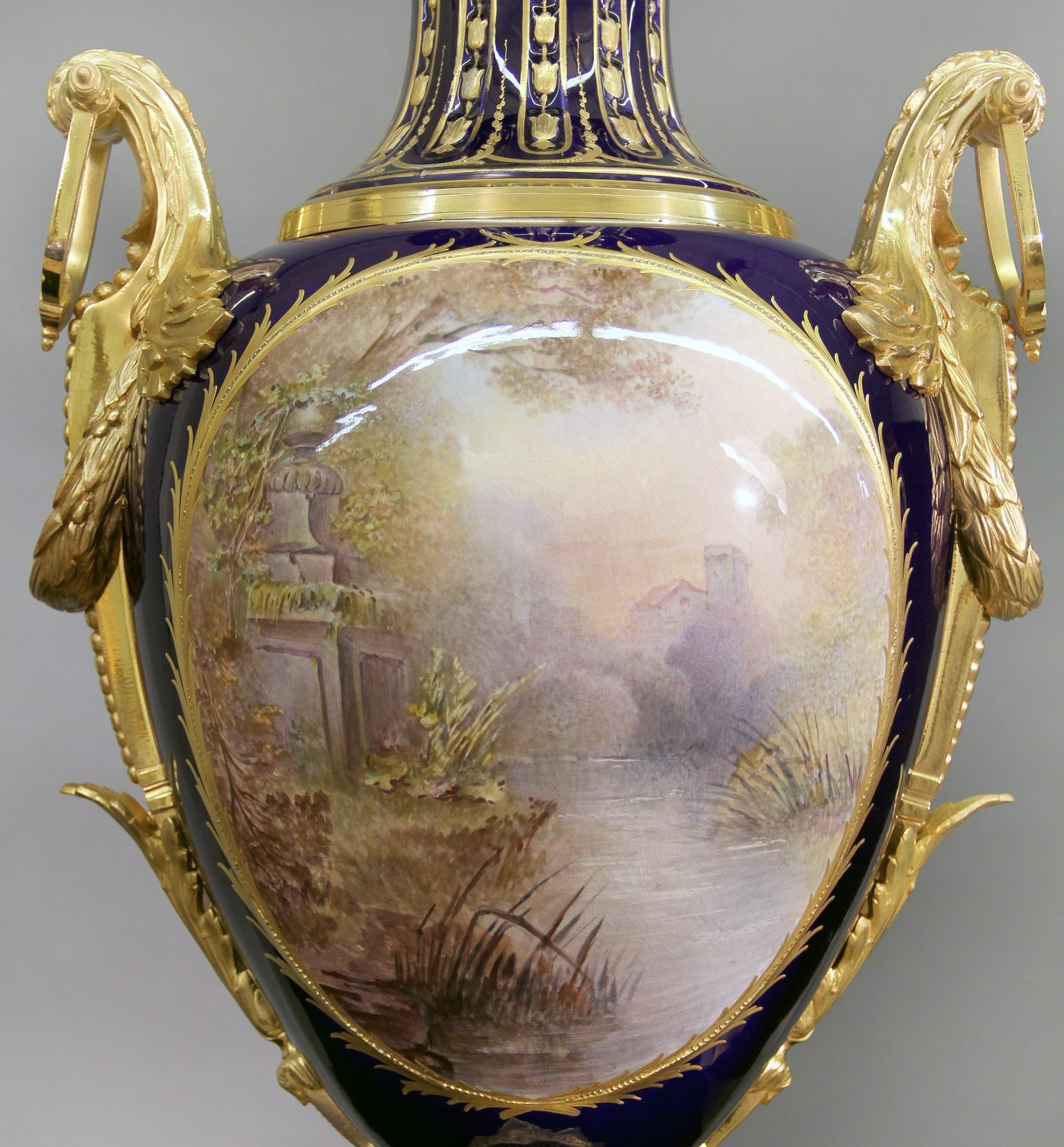 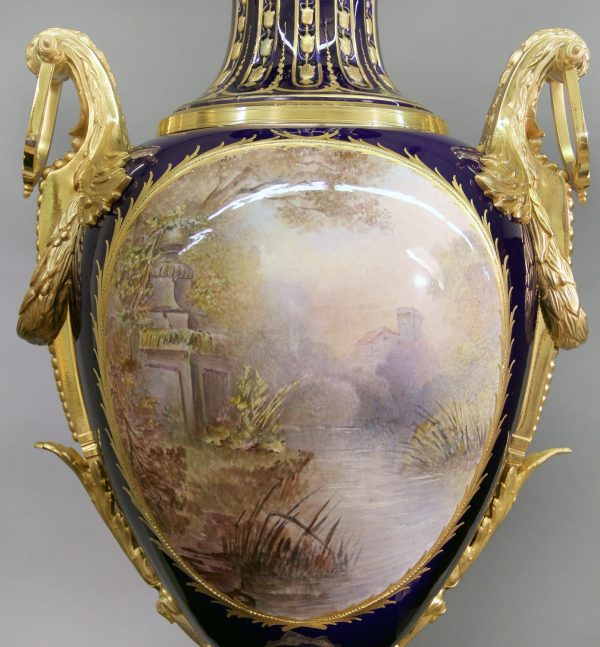 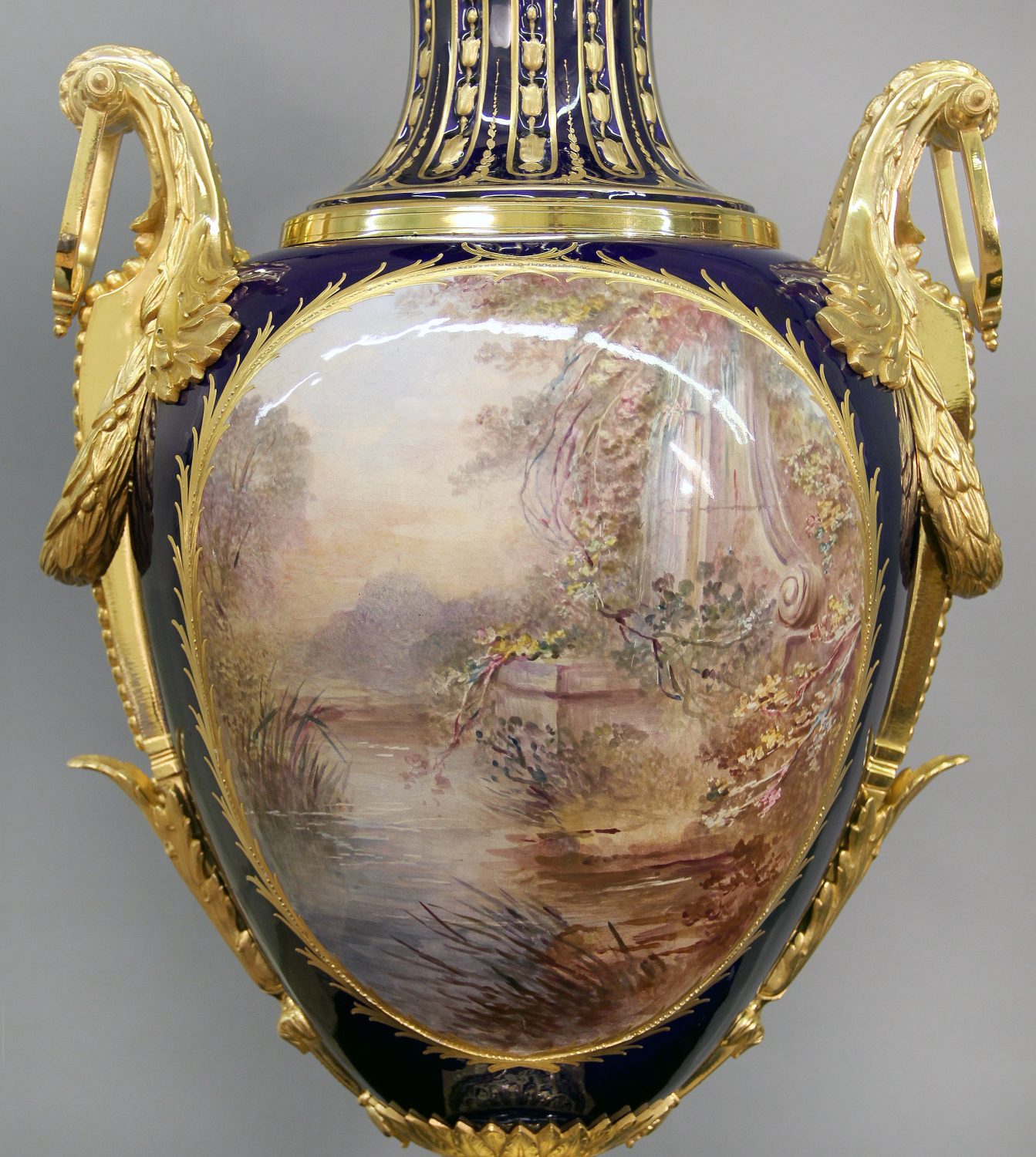 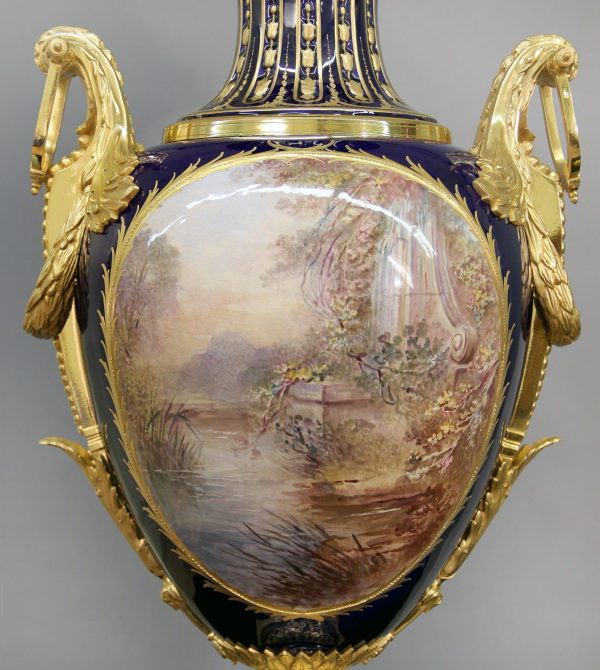 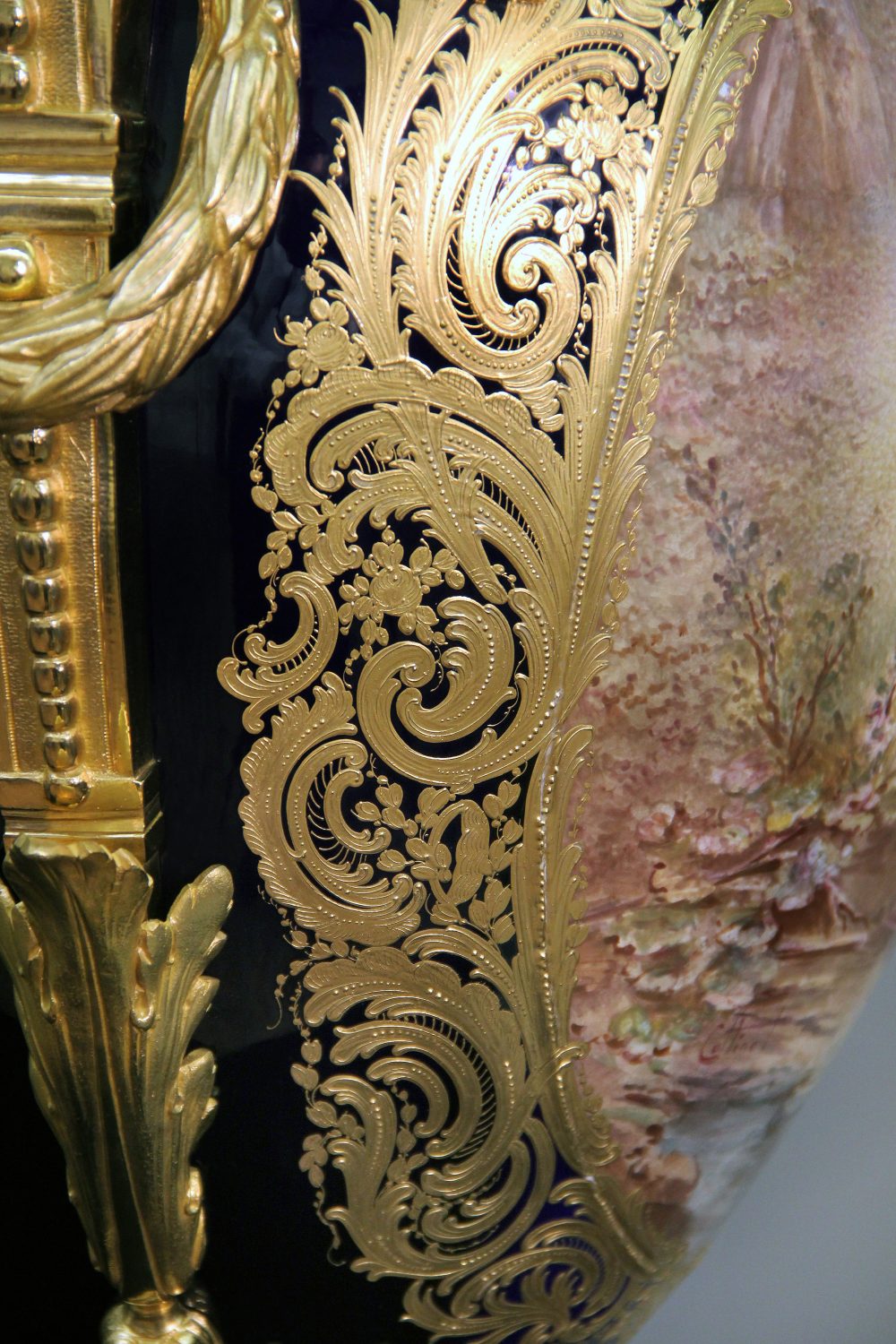 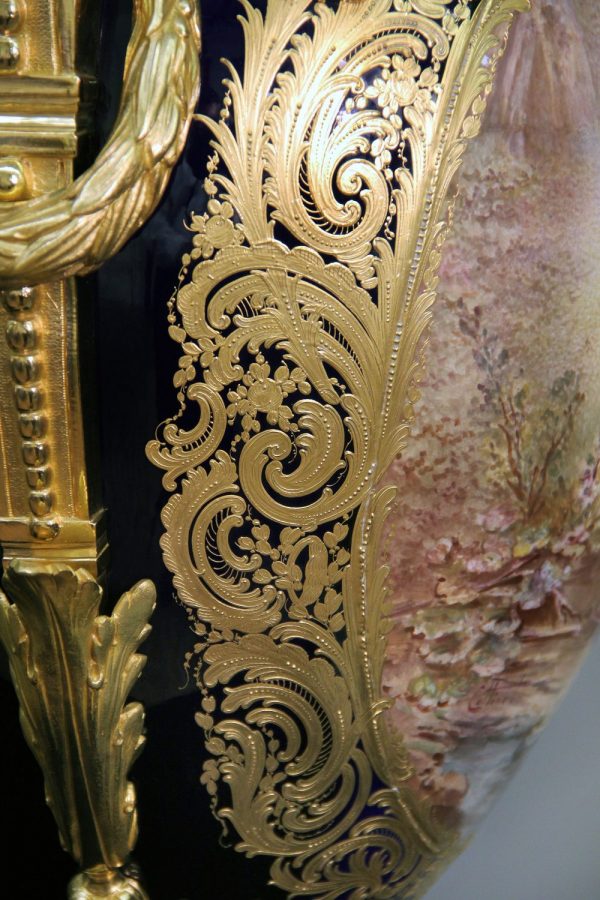 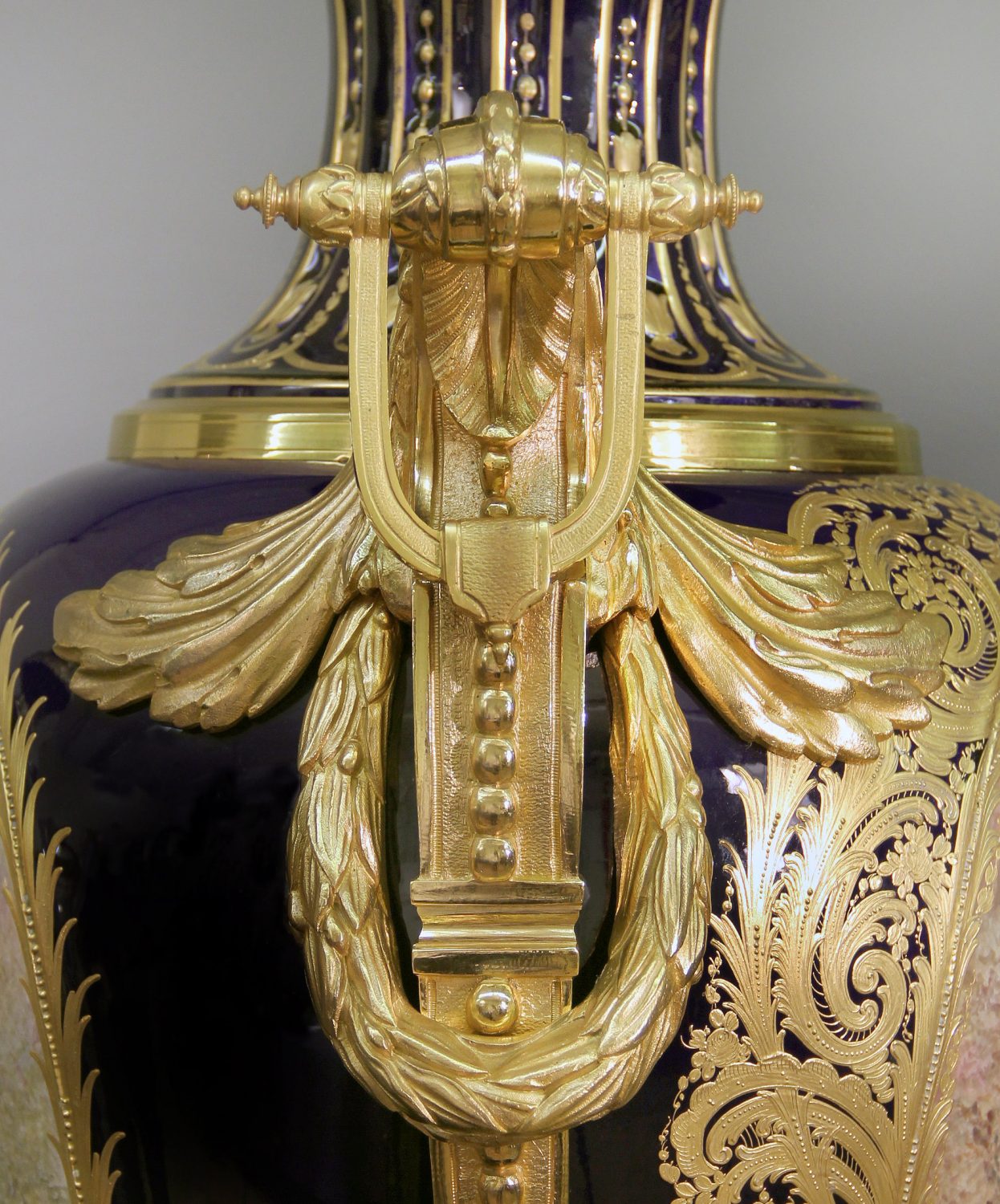 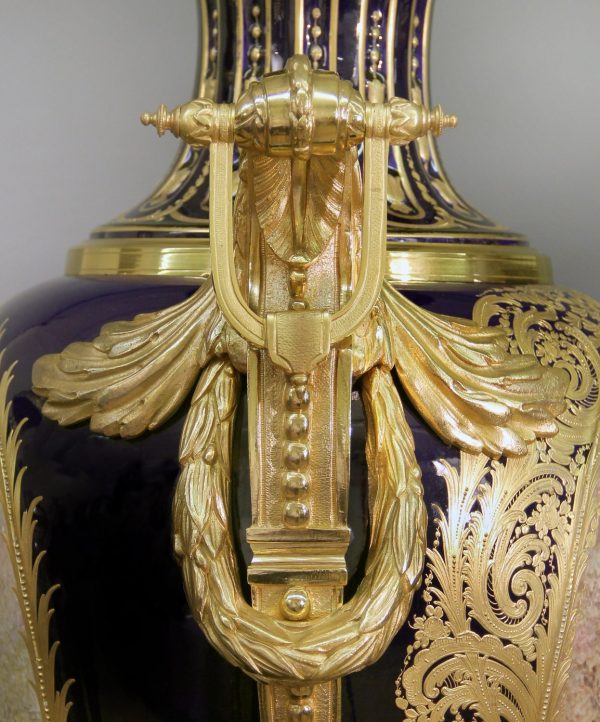 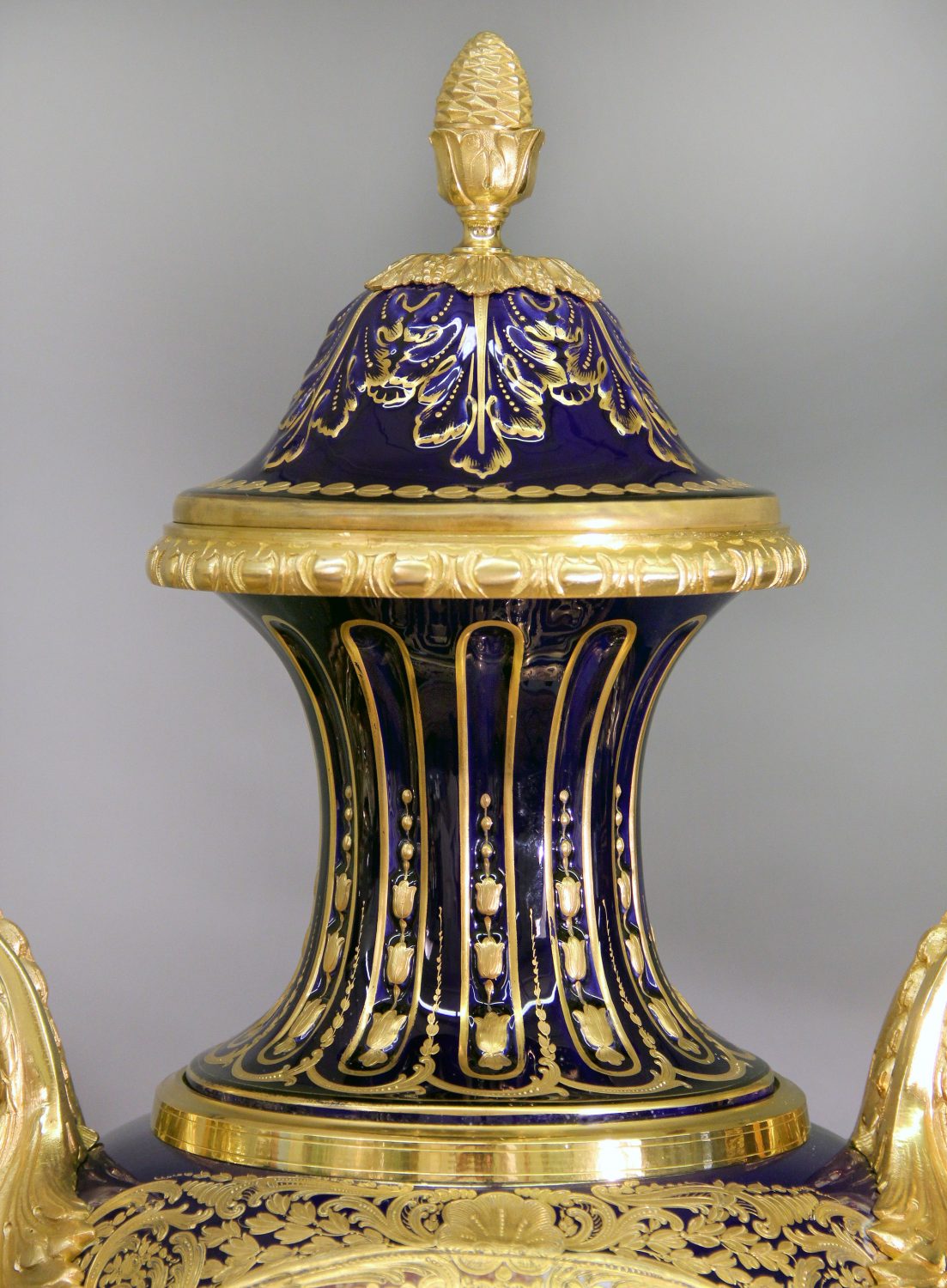 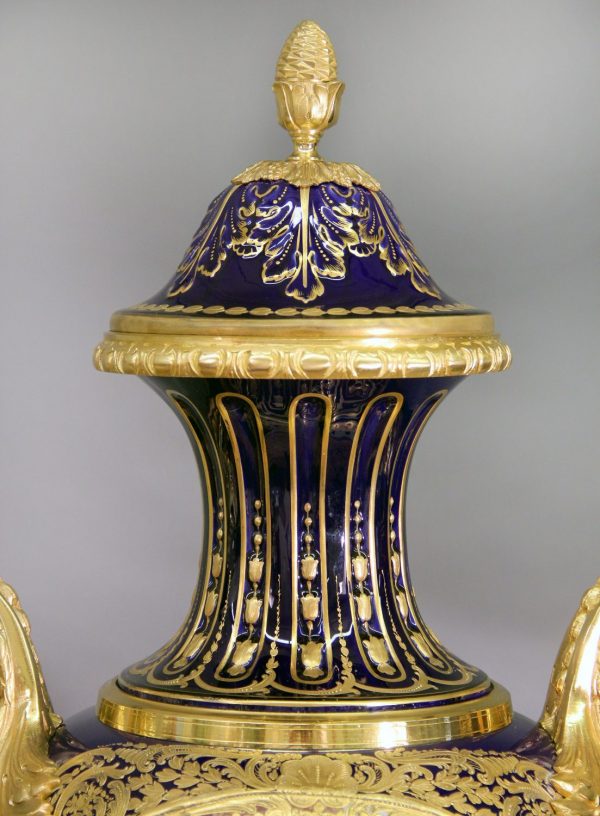 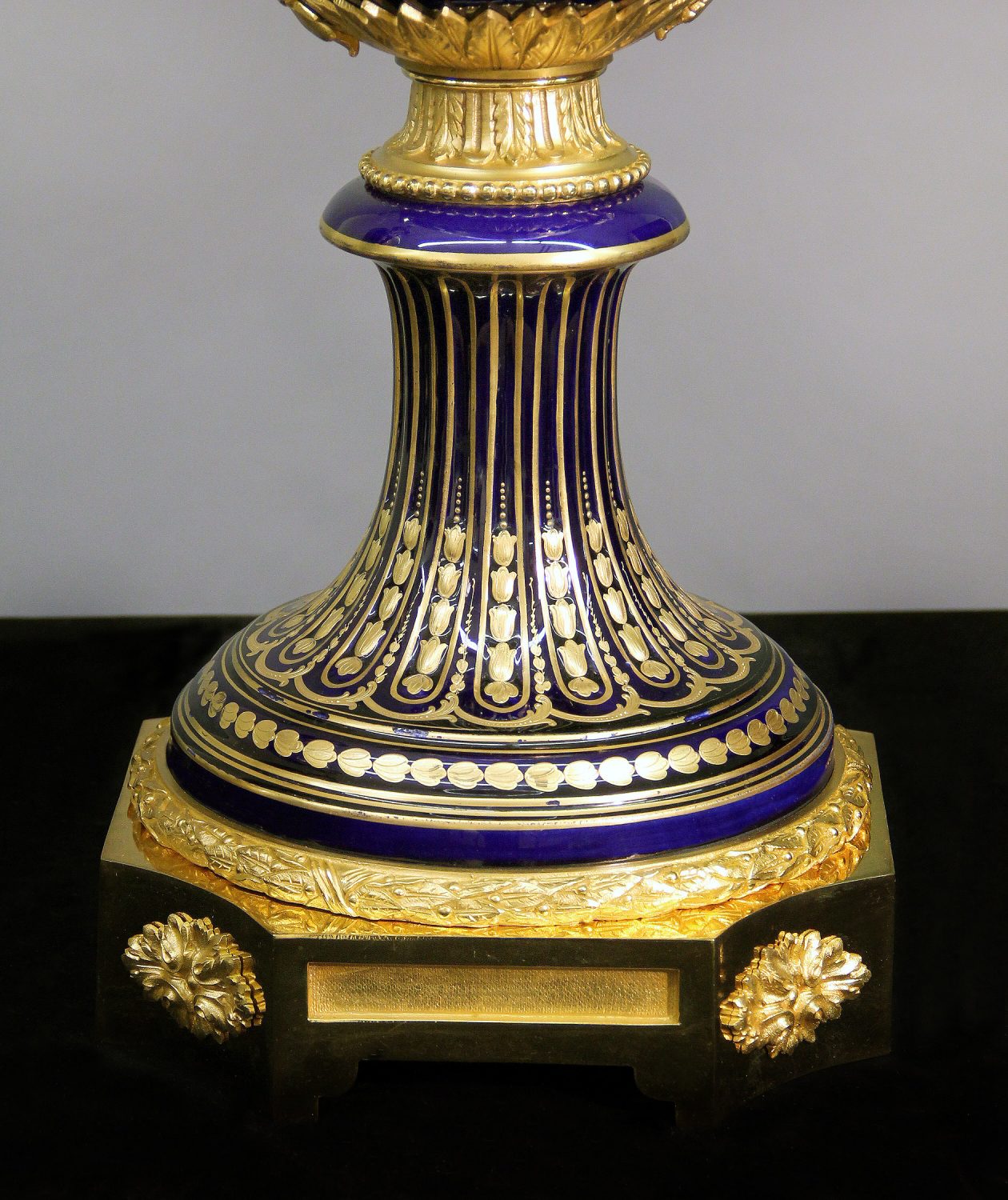 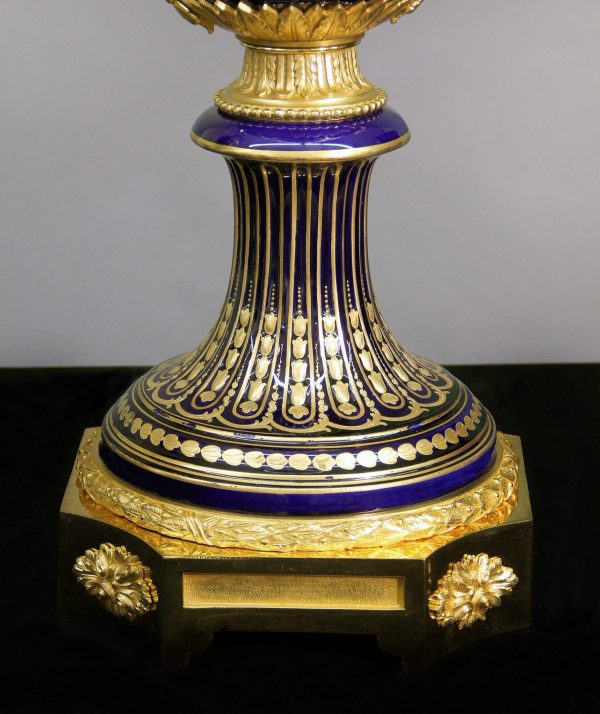 Each of baluster form with domed cover with pine cone finial, above a waisted neck and bulbous body finely painted with Watteau-esque scènes within a raised gilt-scrollwork cartouche, the reverse with outdoor scenes of a flowing river and foliage, the sides with acanthus and loop handles, on a circular spreading socle and square canted base.

Signed by the artist Collinet.