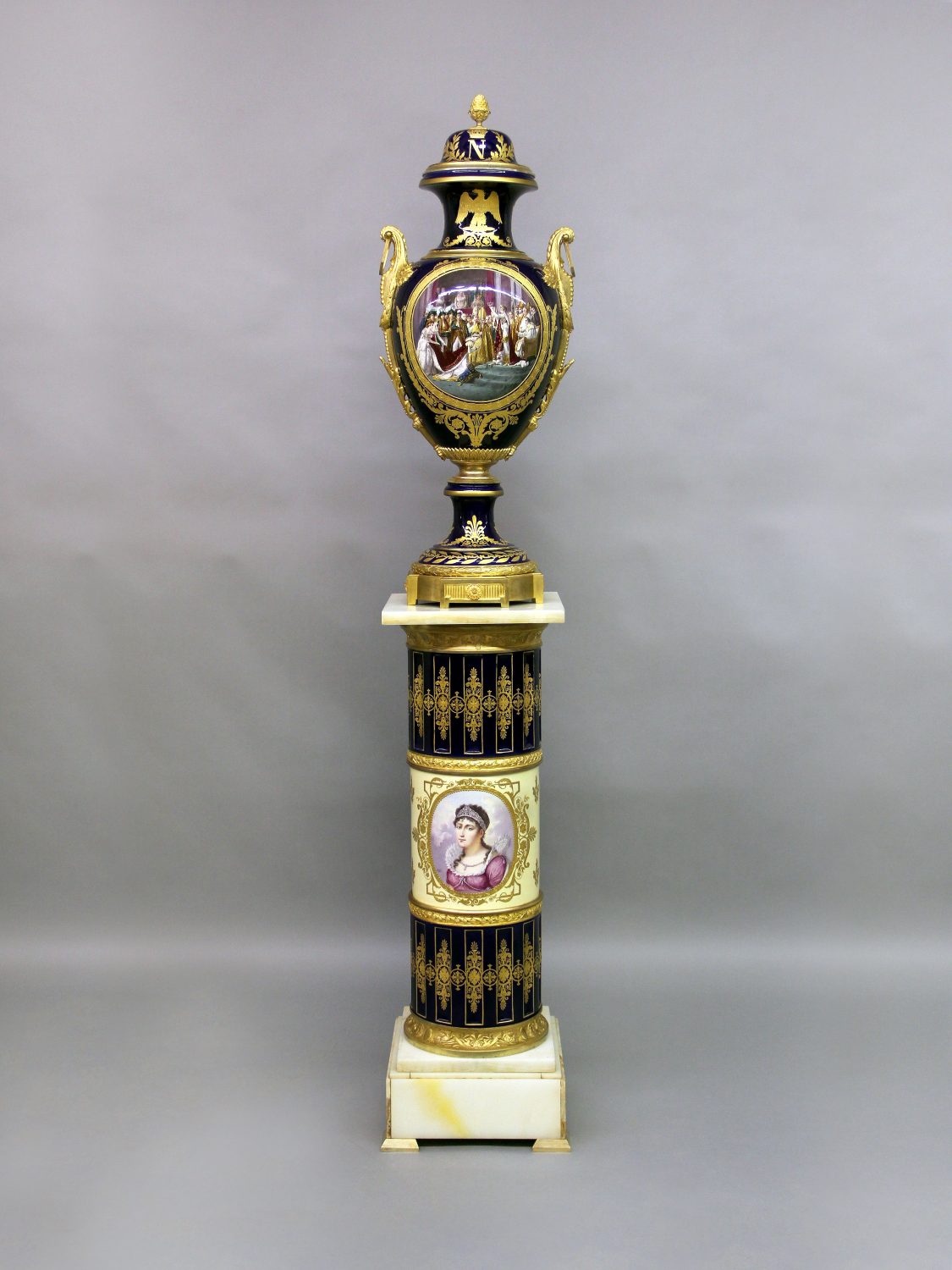 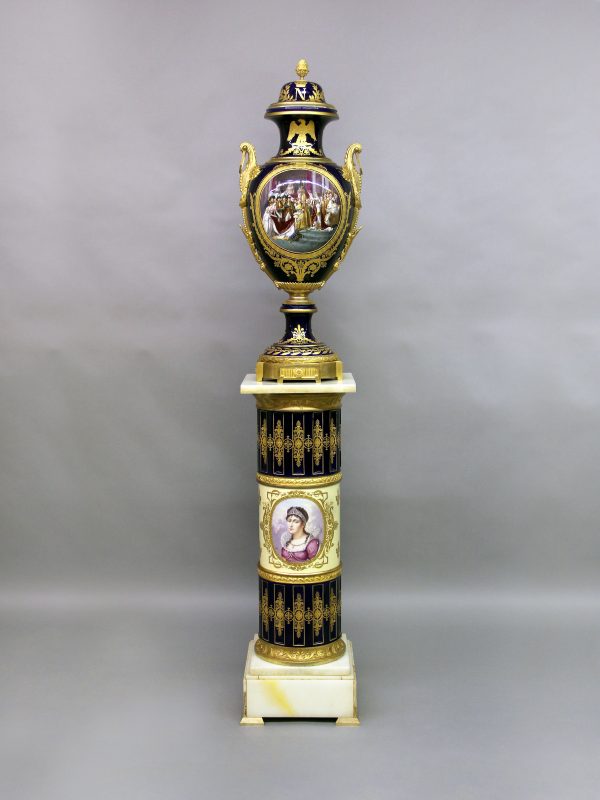 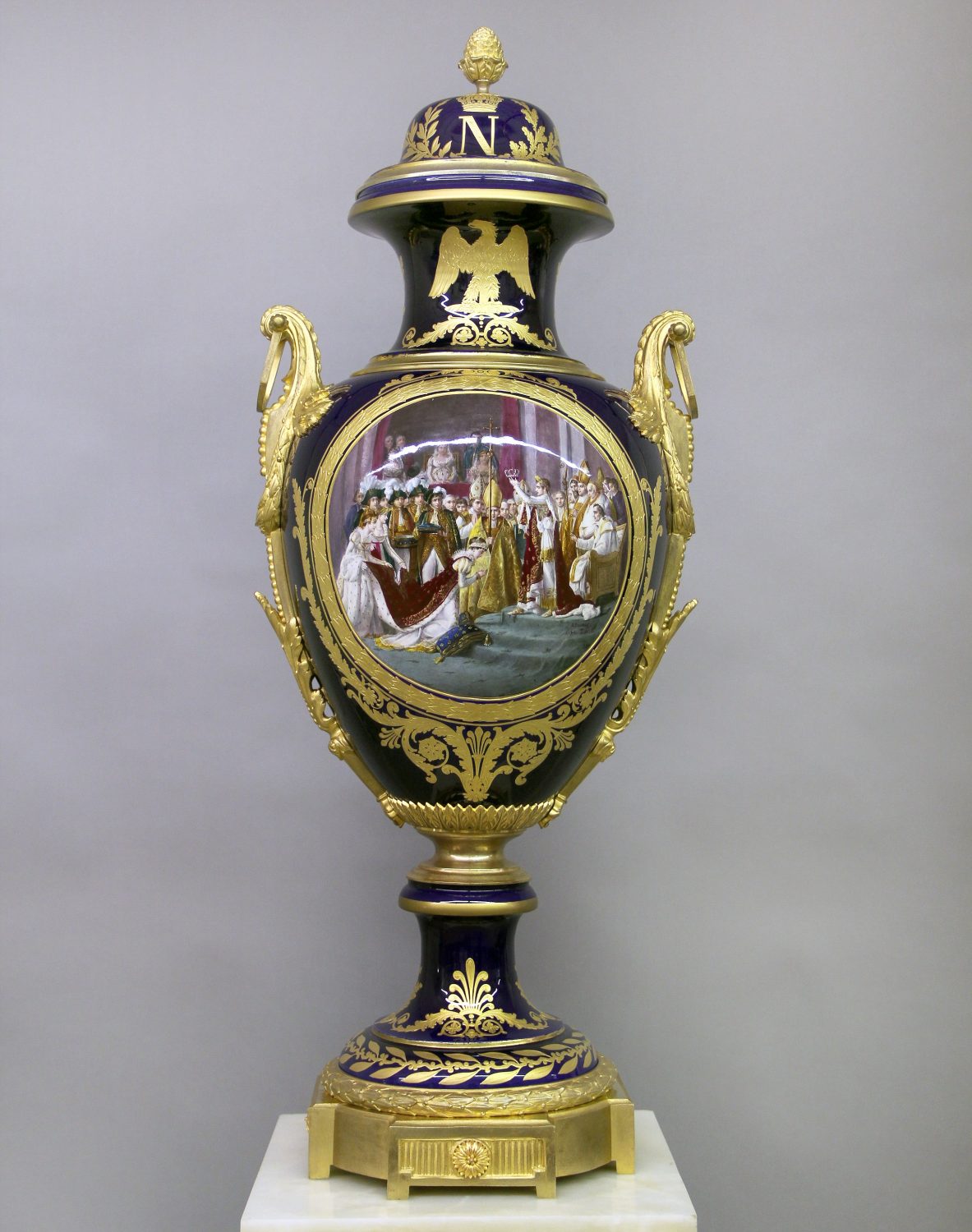 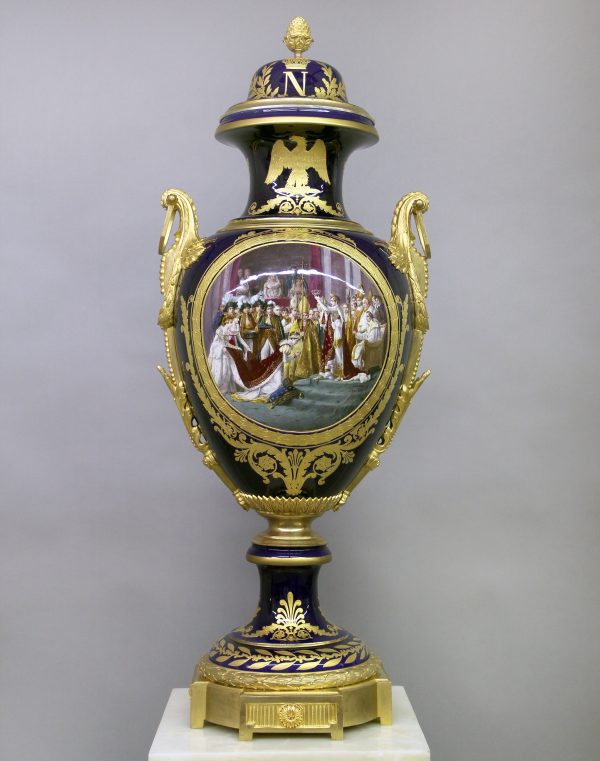 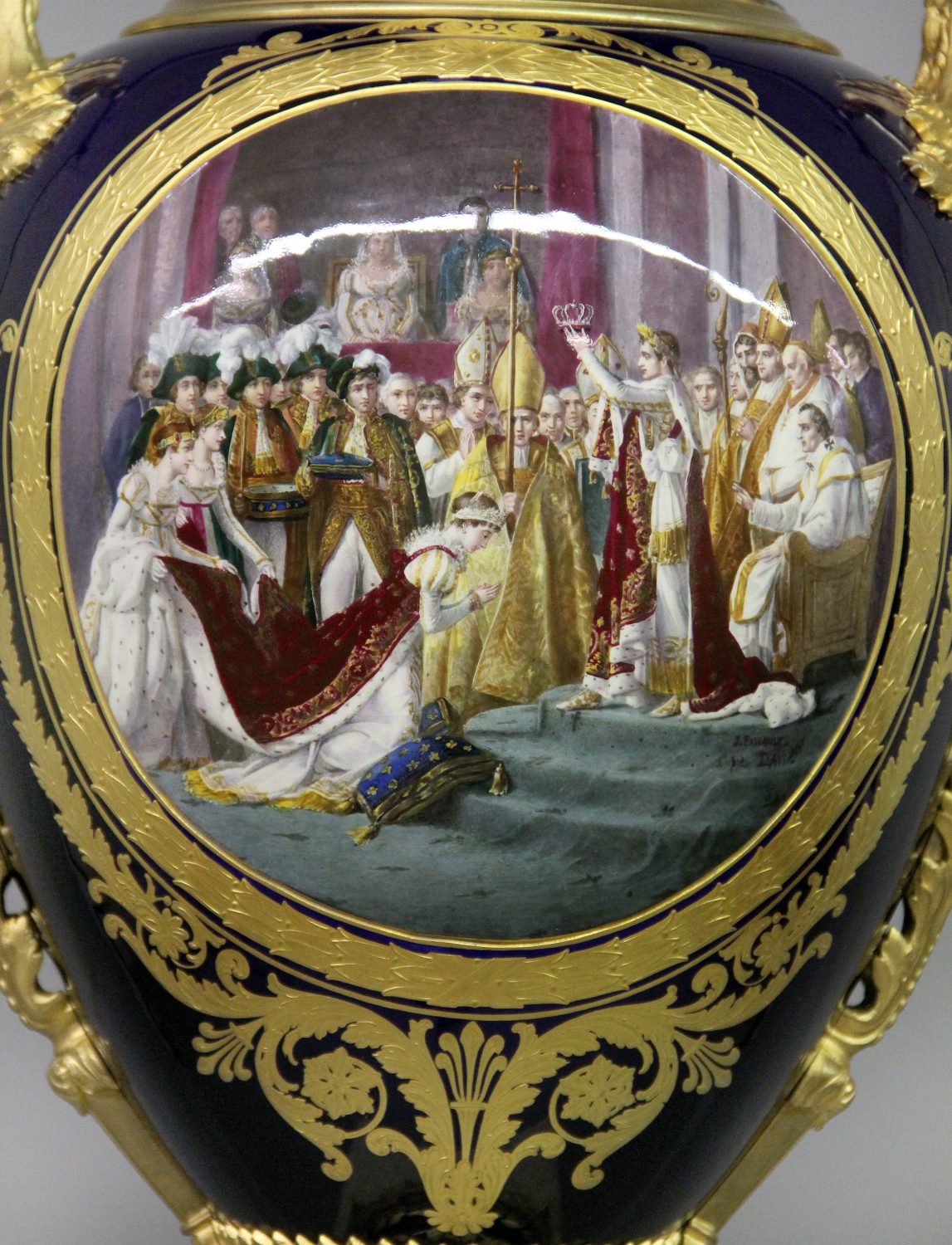 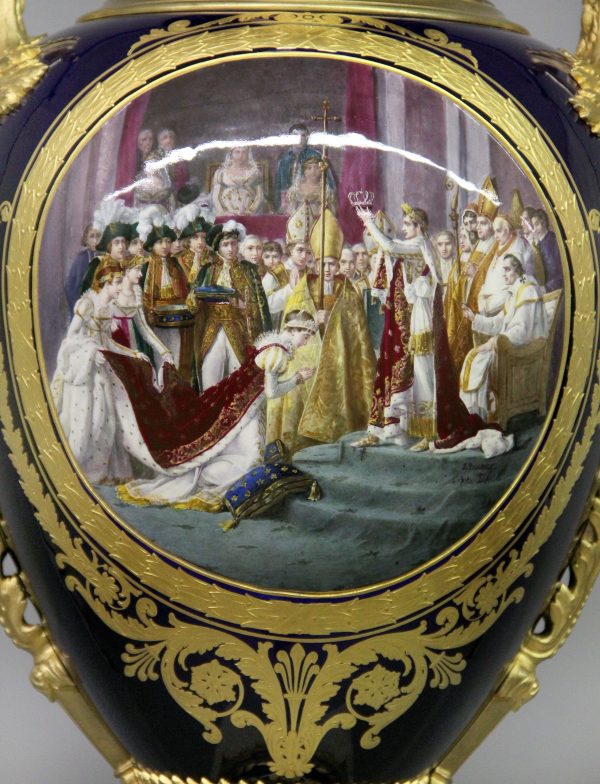 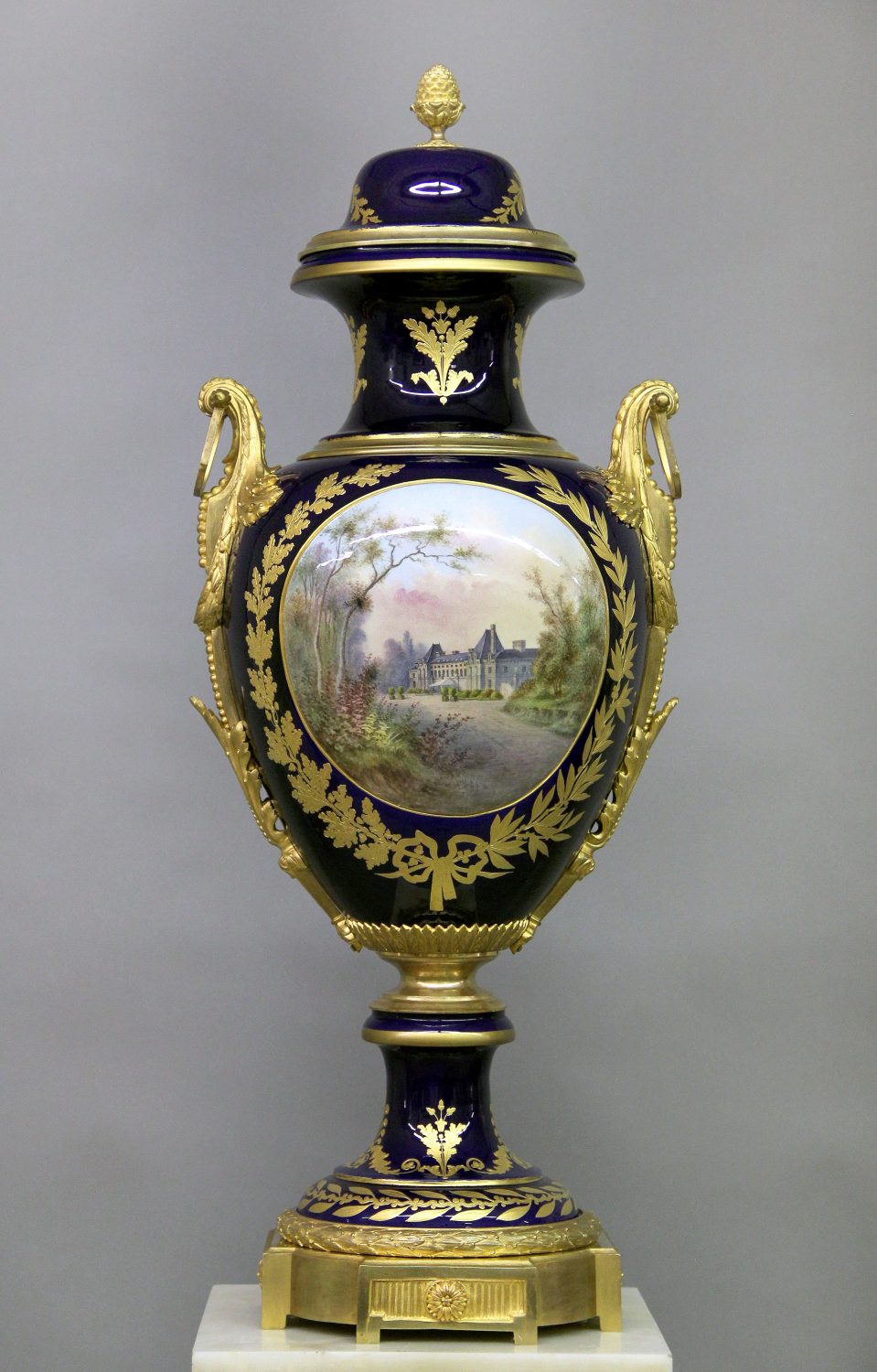 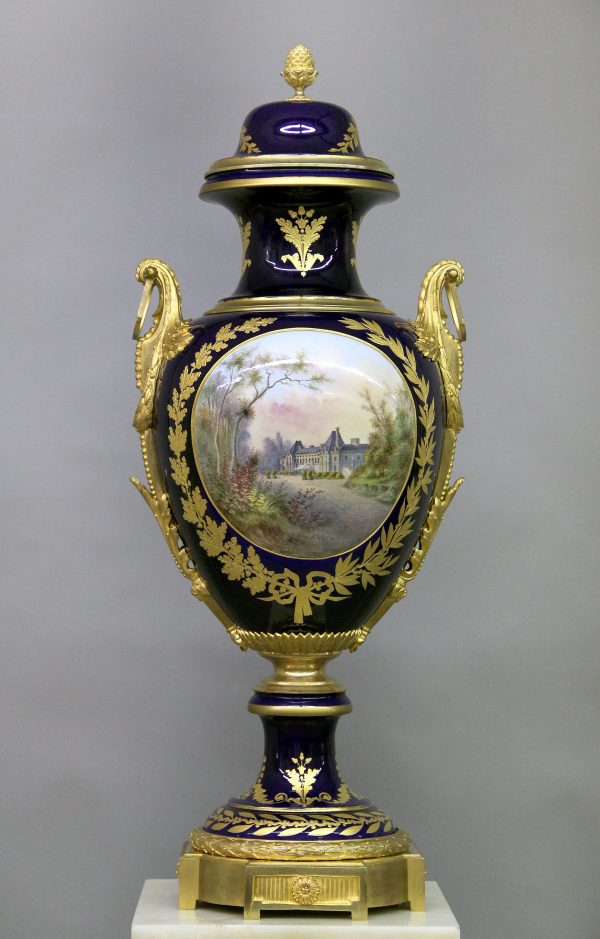 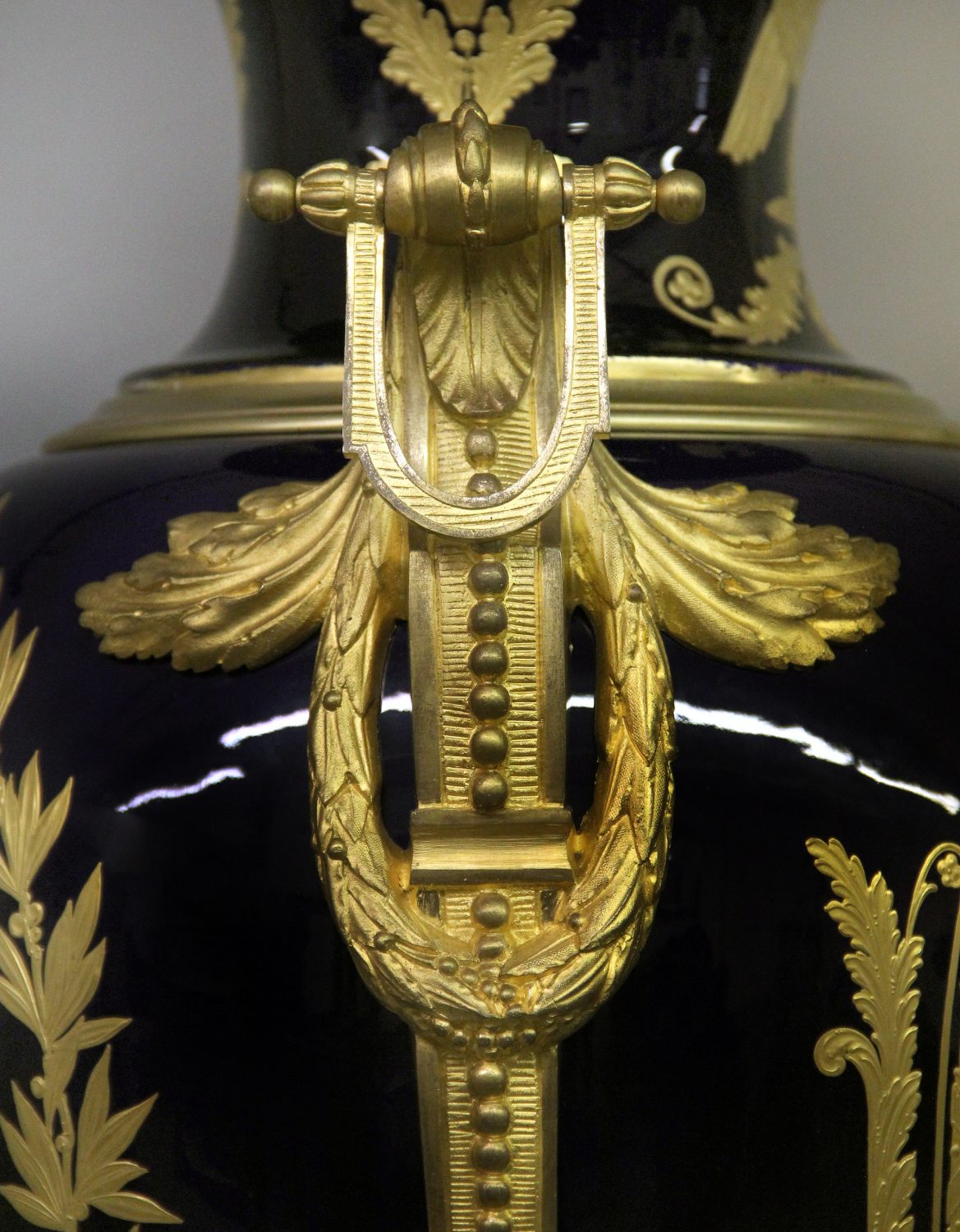 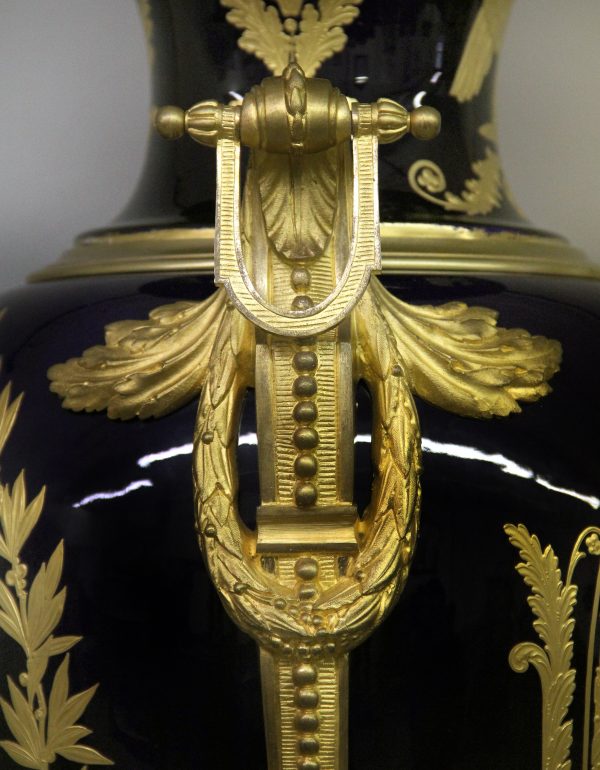 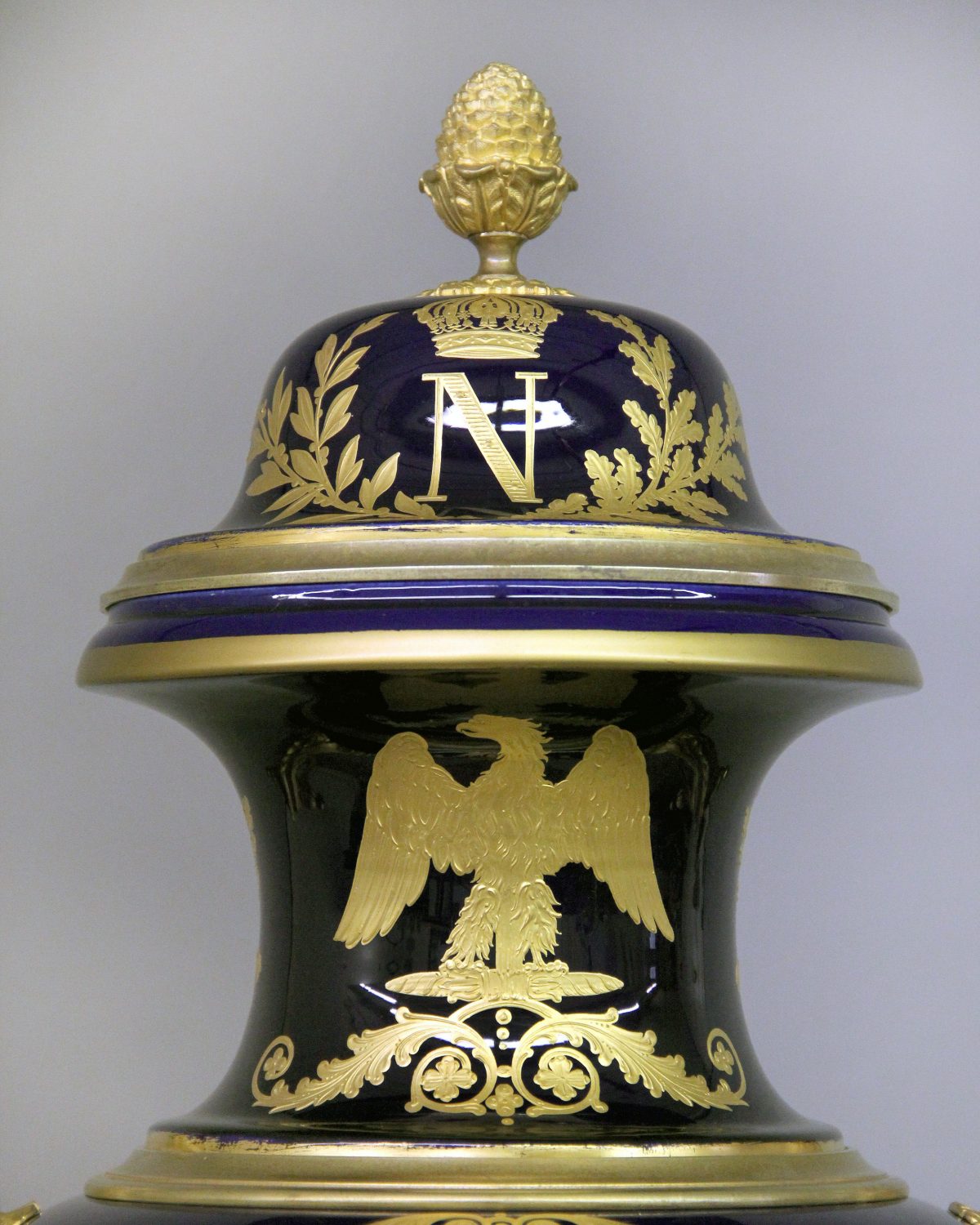 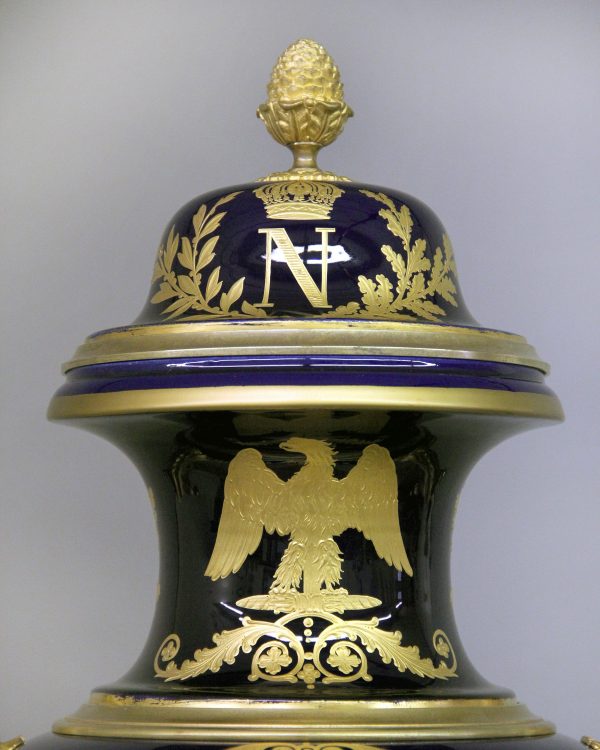 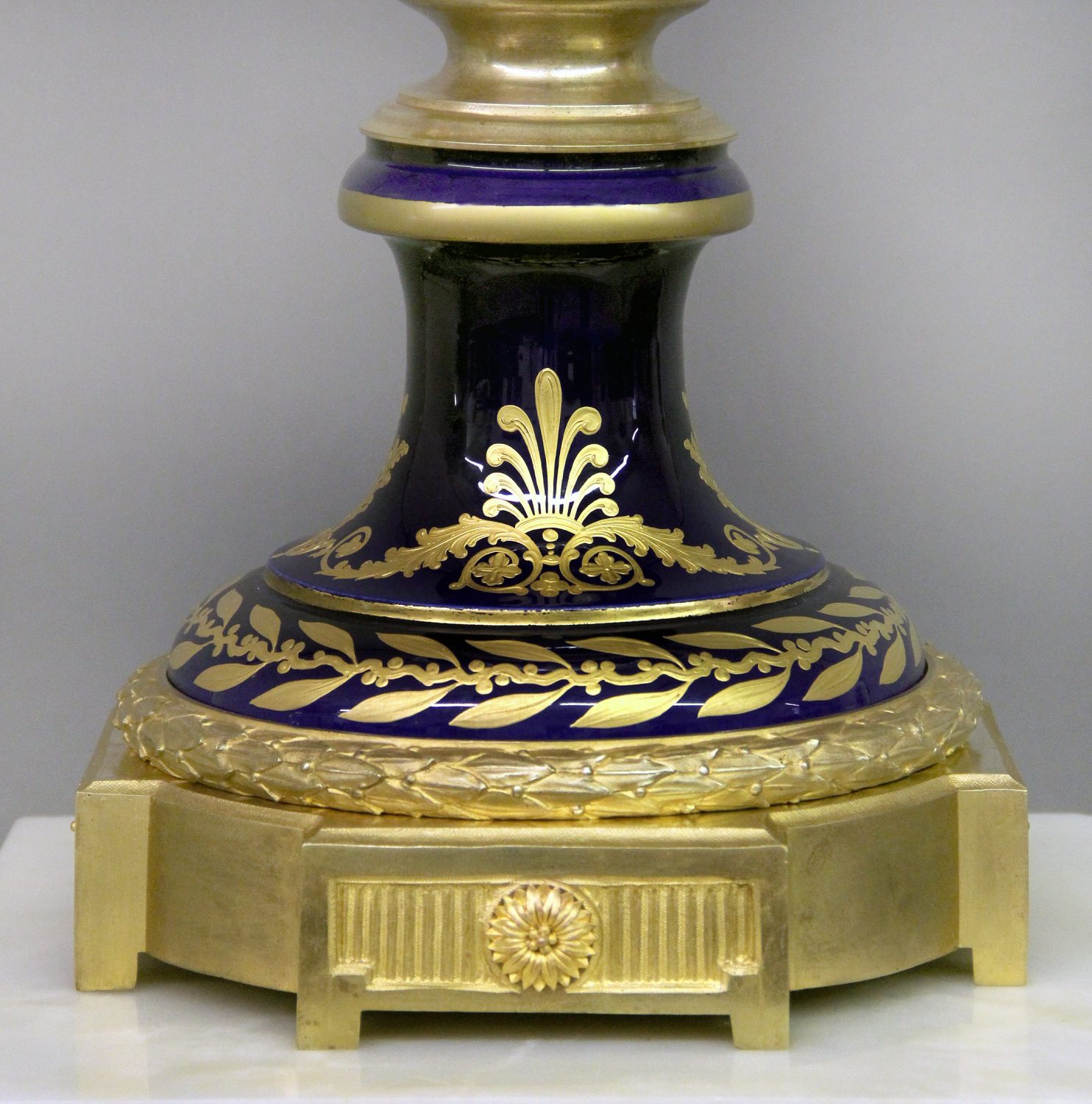 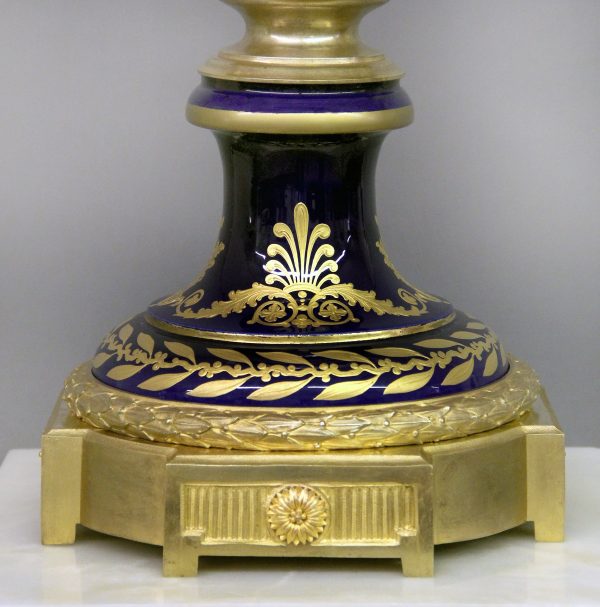 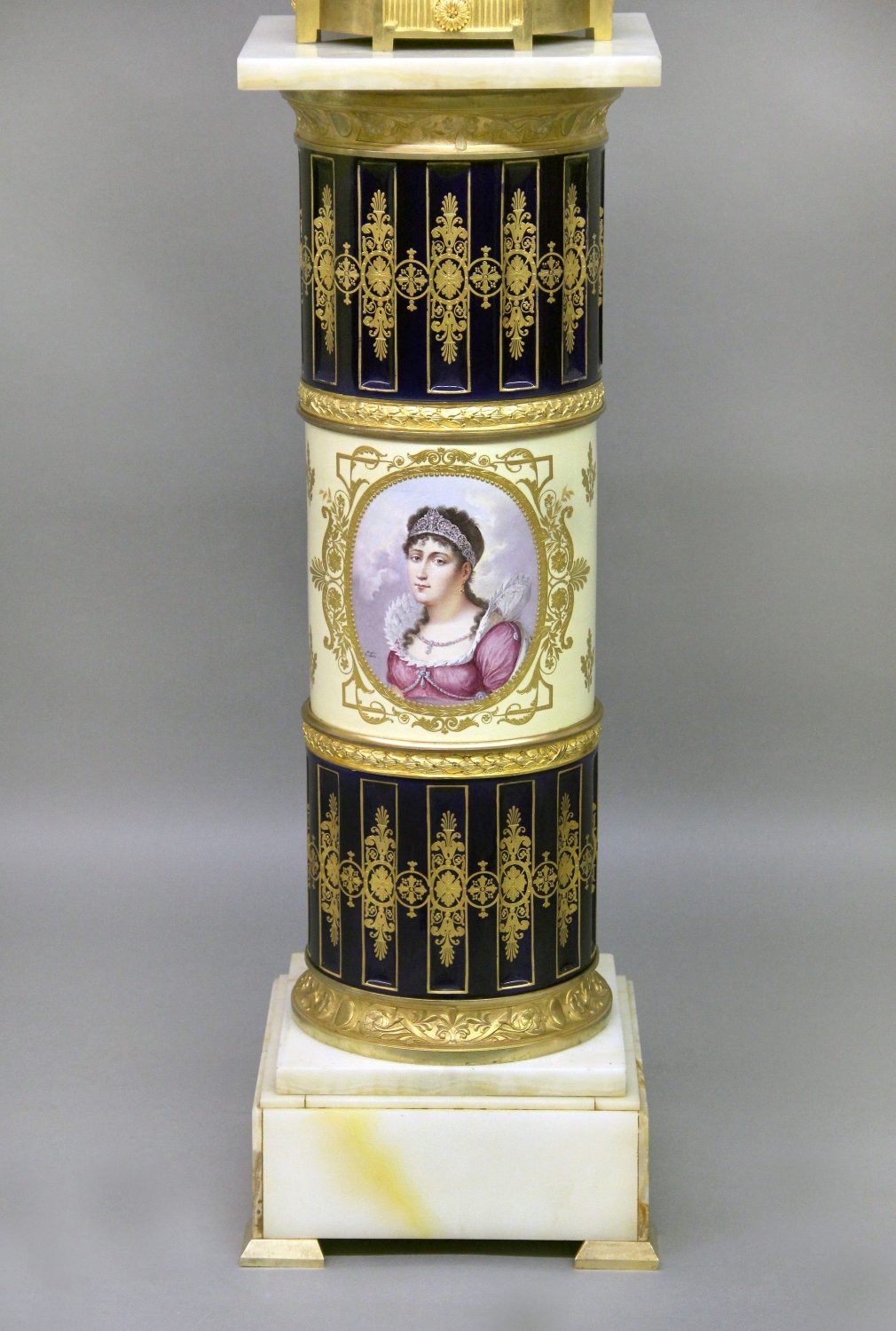 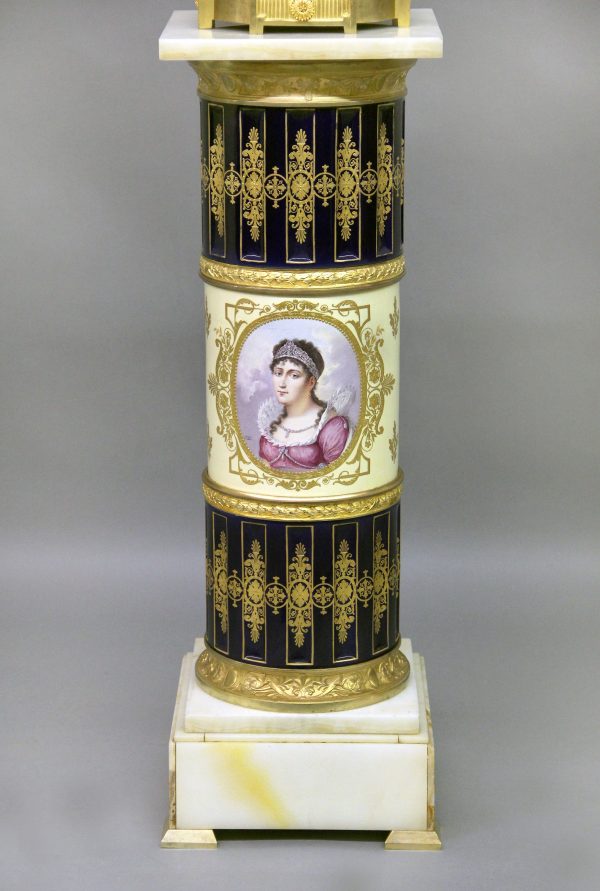 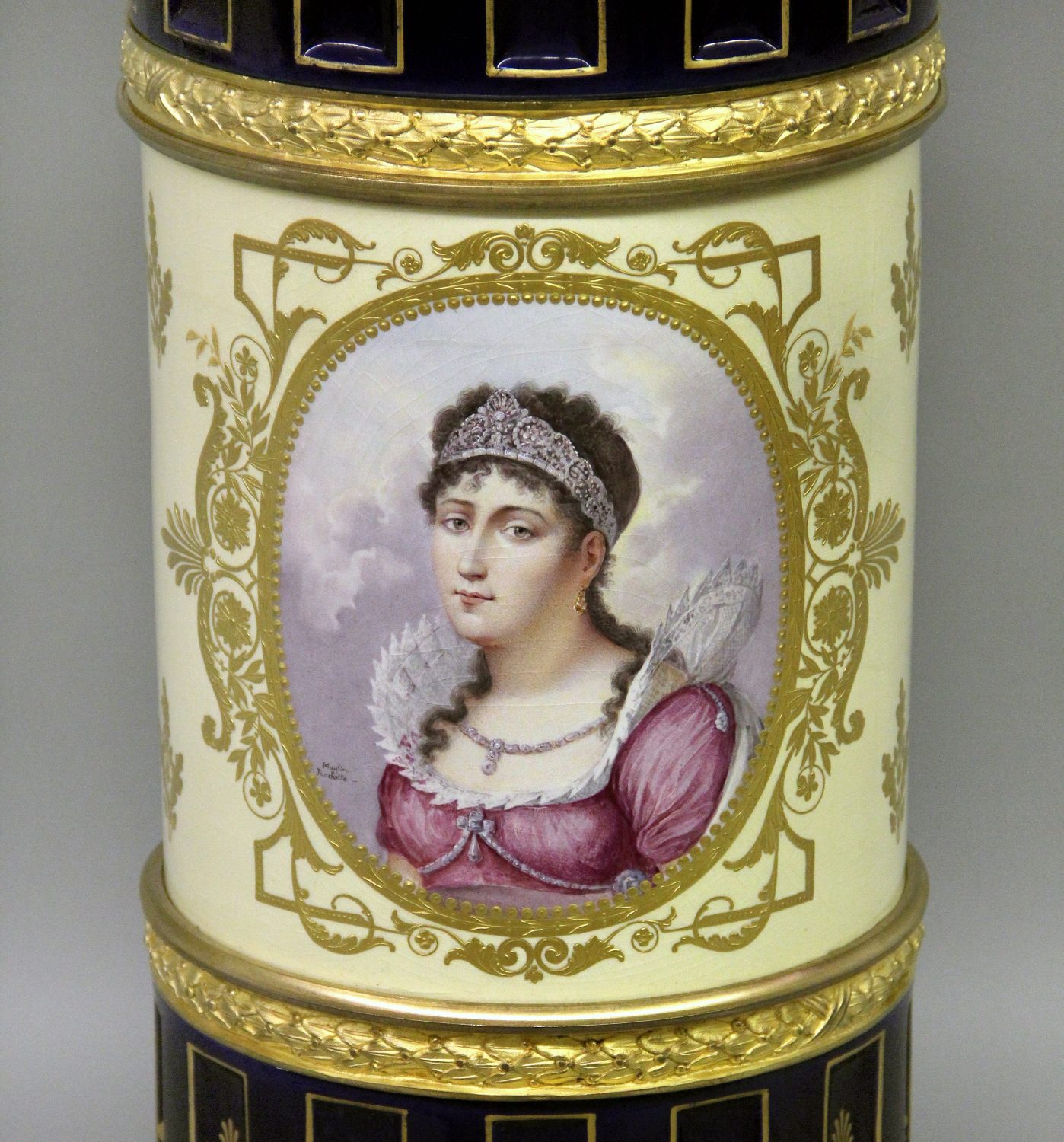 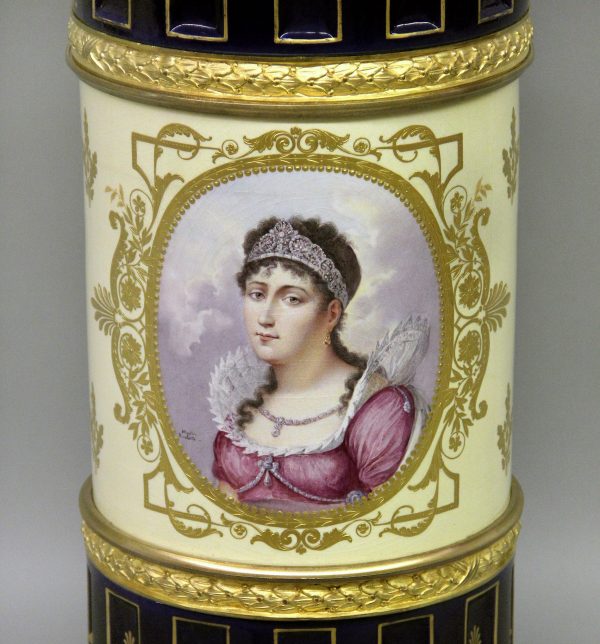 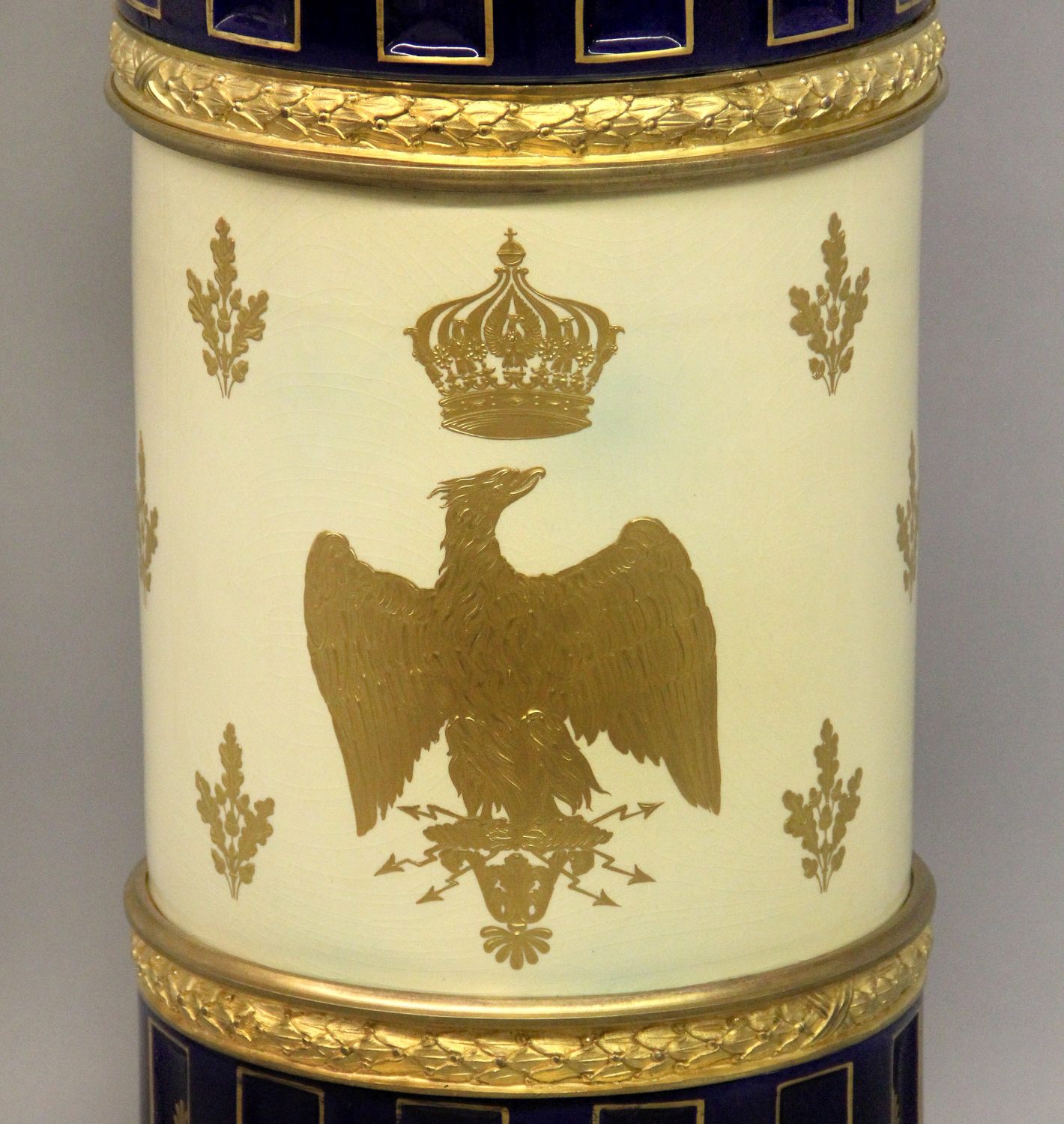 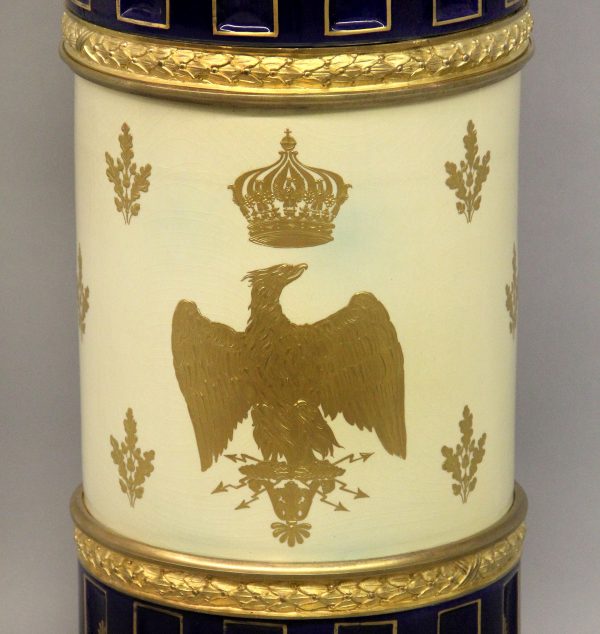 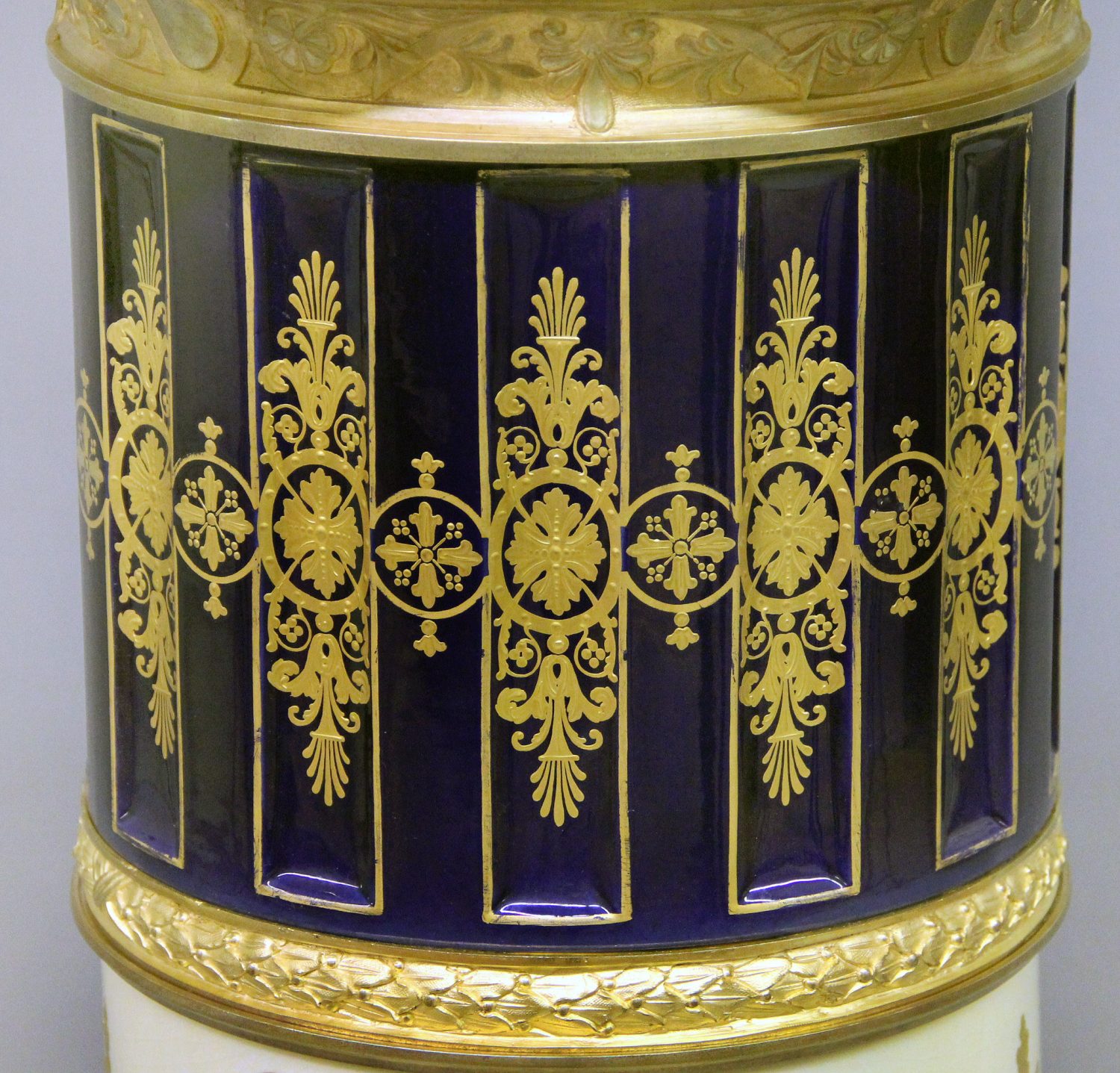 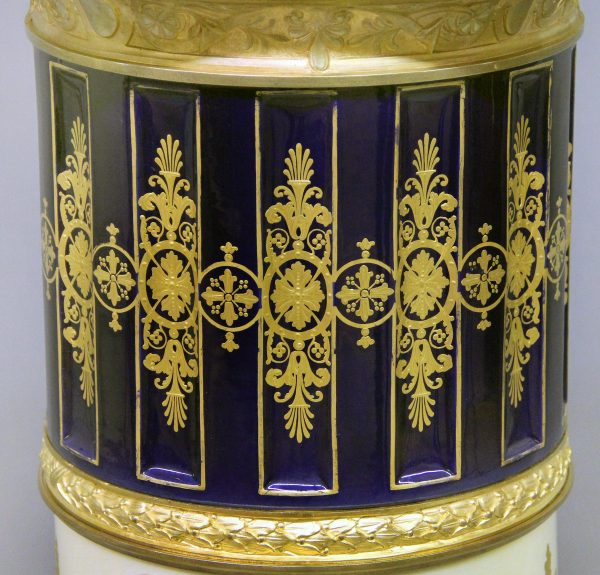 The vase pictured with the Coronation of the Empress Josephine by Napoleon before Pope Pius VII and the French Court, the back with a picturesque chateau and landscape scene. Raised gold designs all around the vase, the cover with an “N” and a crown, the neck with an eagle with spread wings, flanked by gilt bronze handles.

Signed by the artist J. Pascault and written Dupres David.

The large pedestal with a square onyx top above a columnar support painted with portrait of Empress Josephine surrounded by raised gilt designs, the back with an eagle with spread wings and a crown, raised on a stepped onyx base.

Signed by the artist Maglin Rochette.