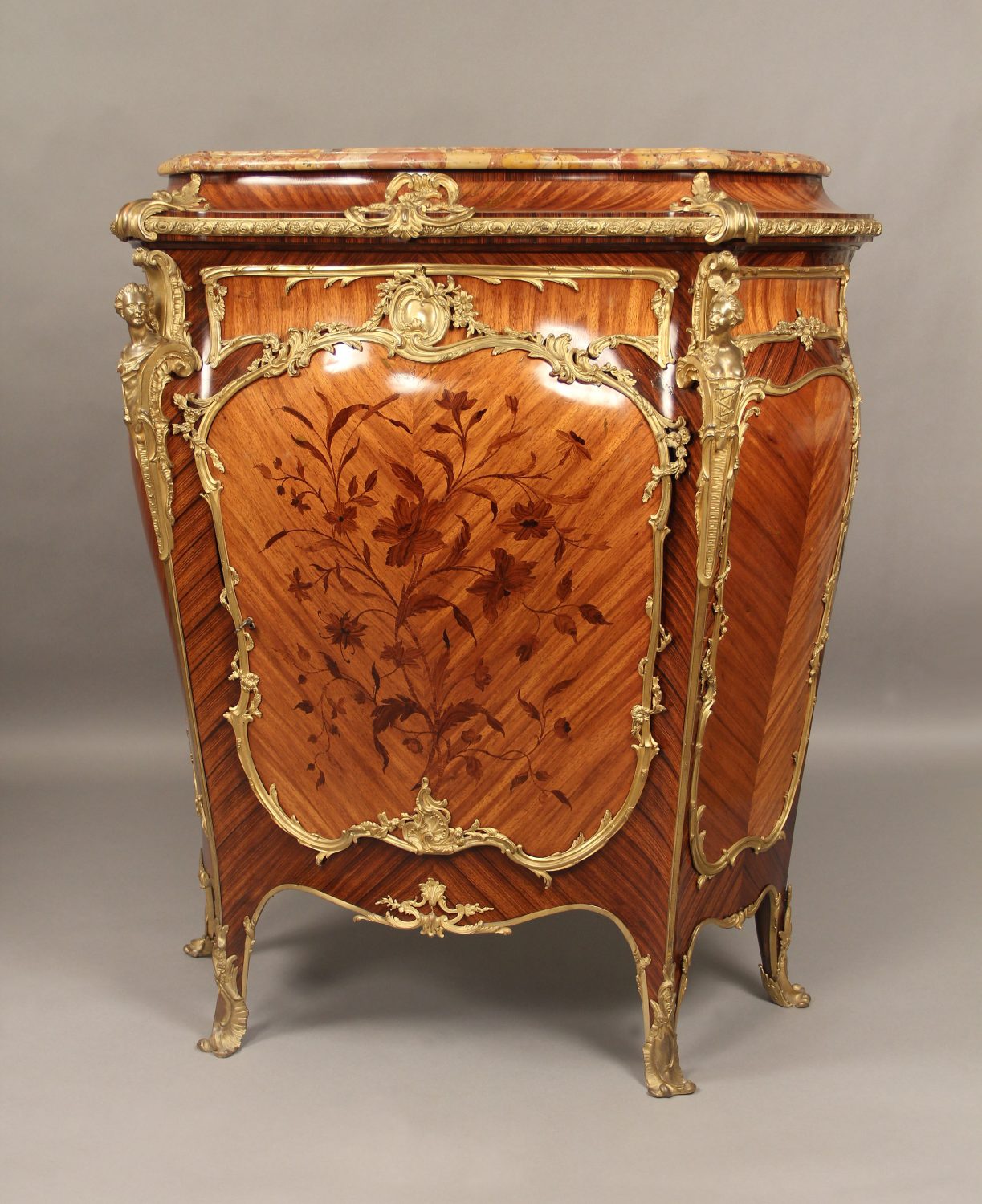 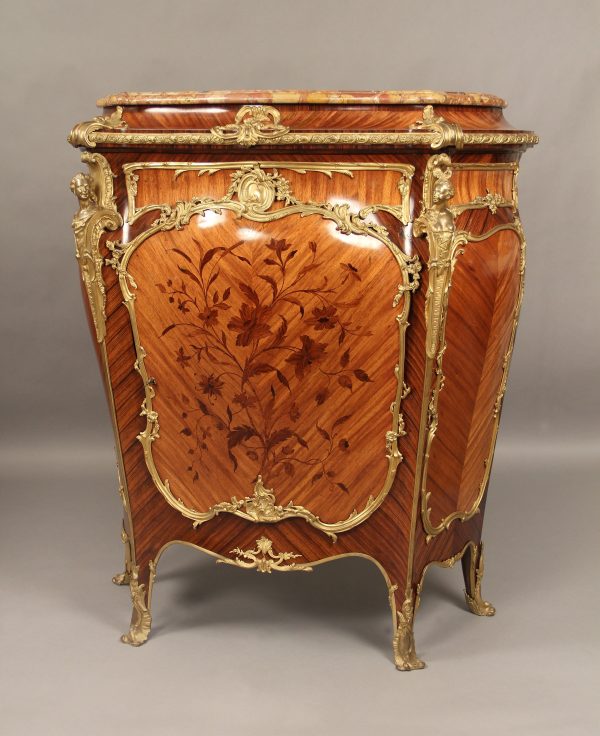 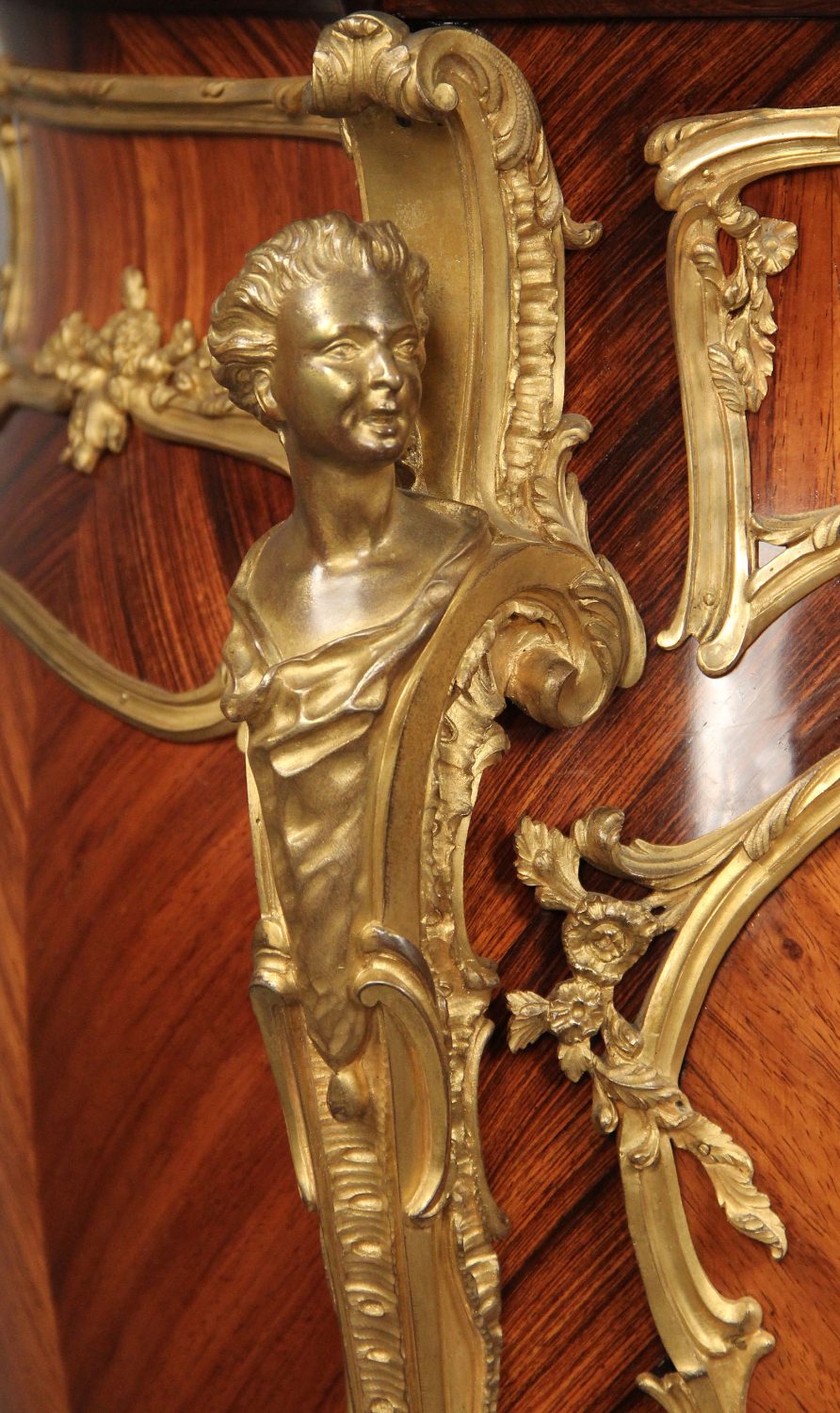 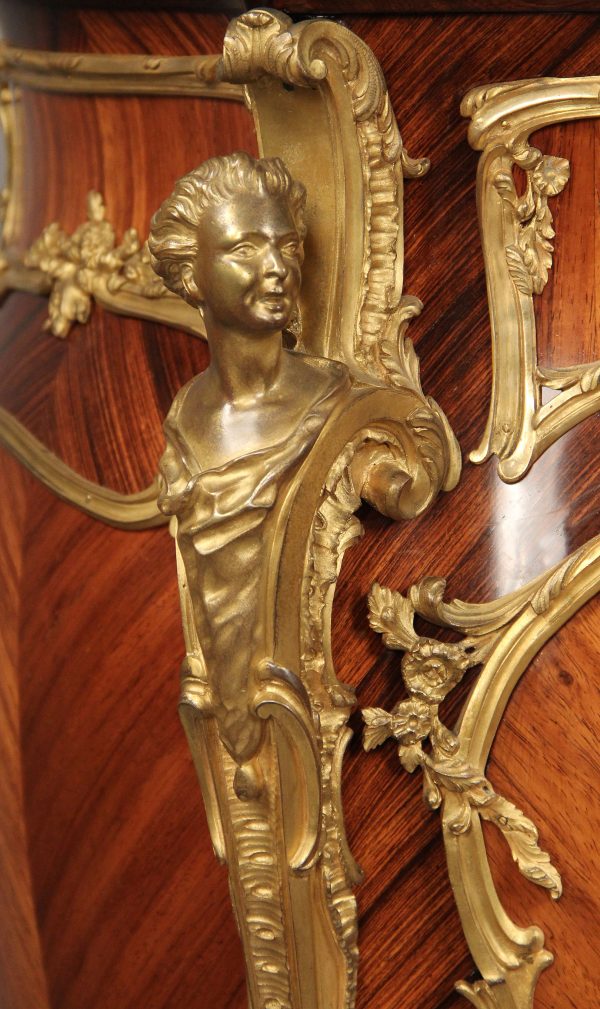 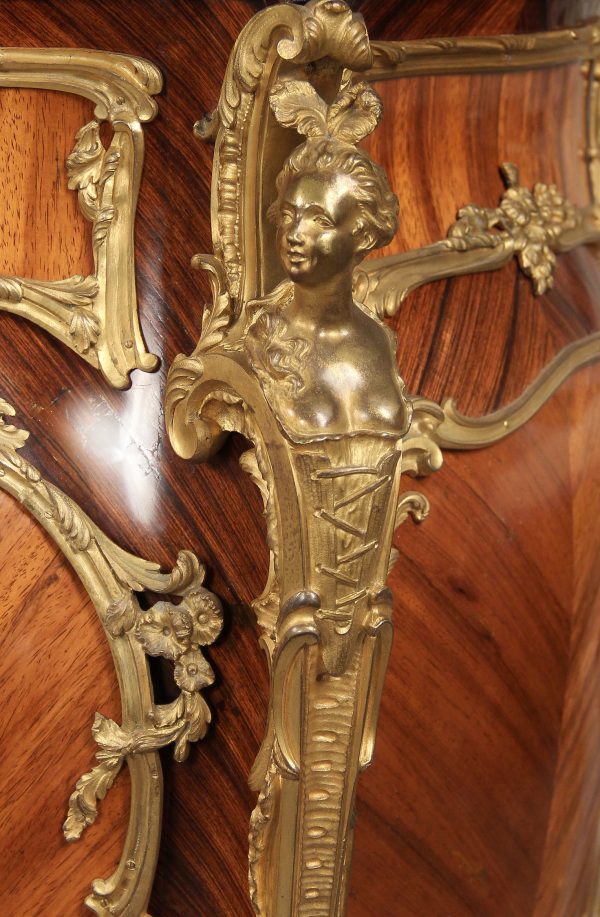 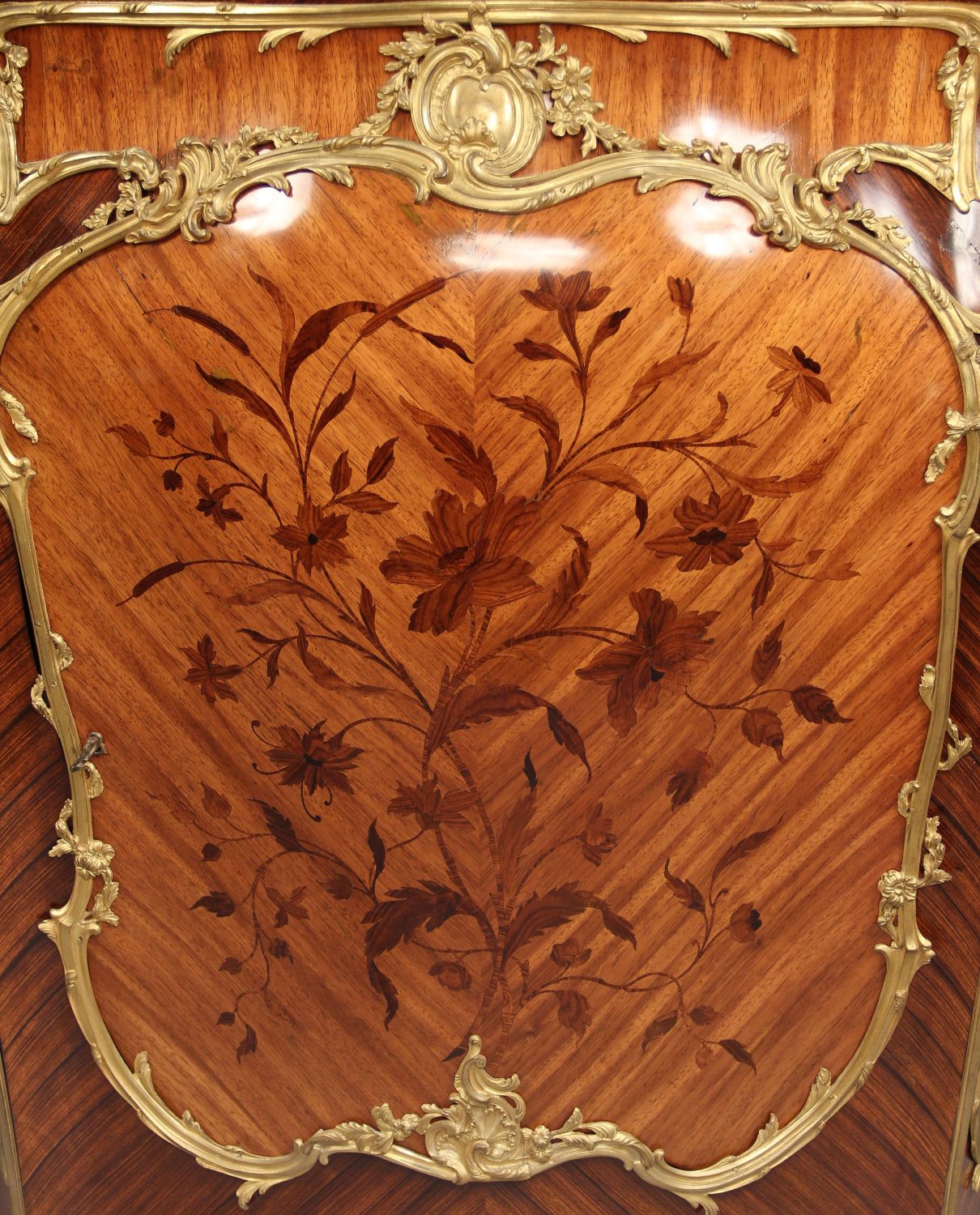 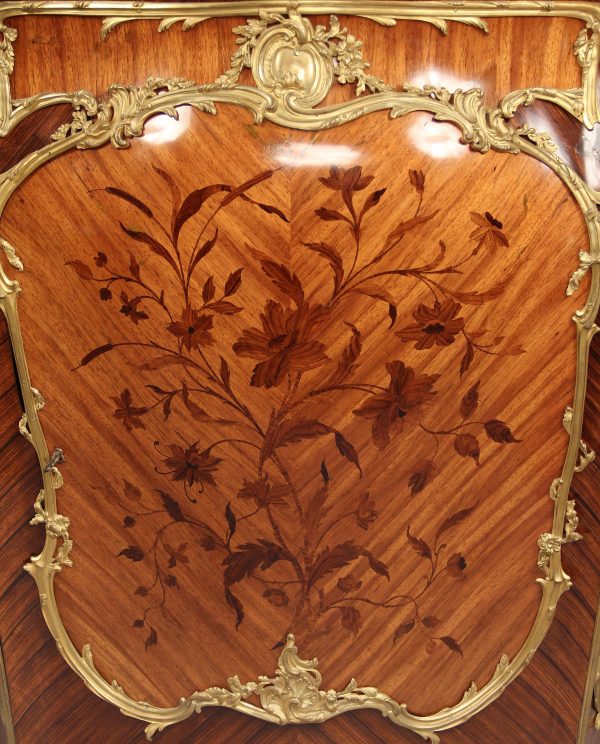 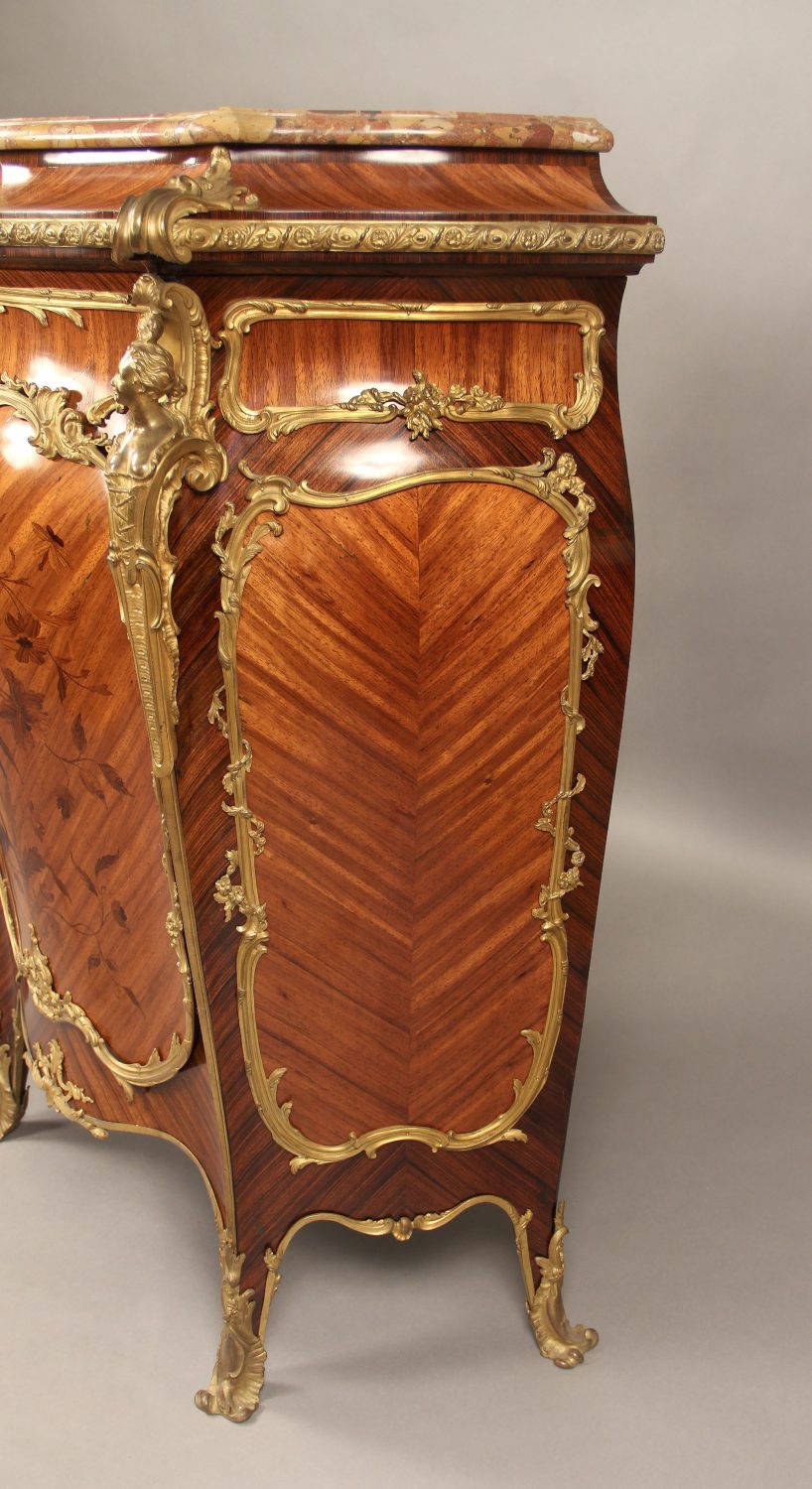 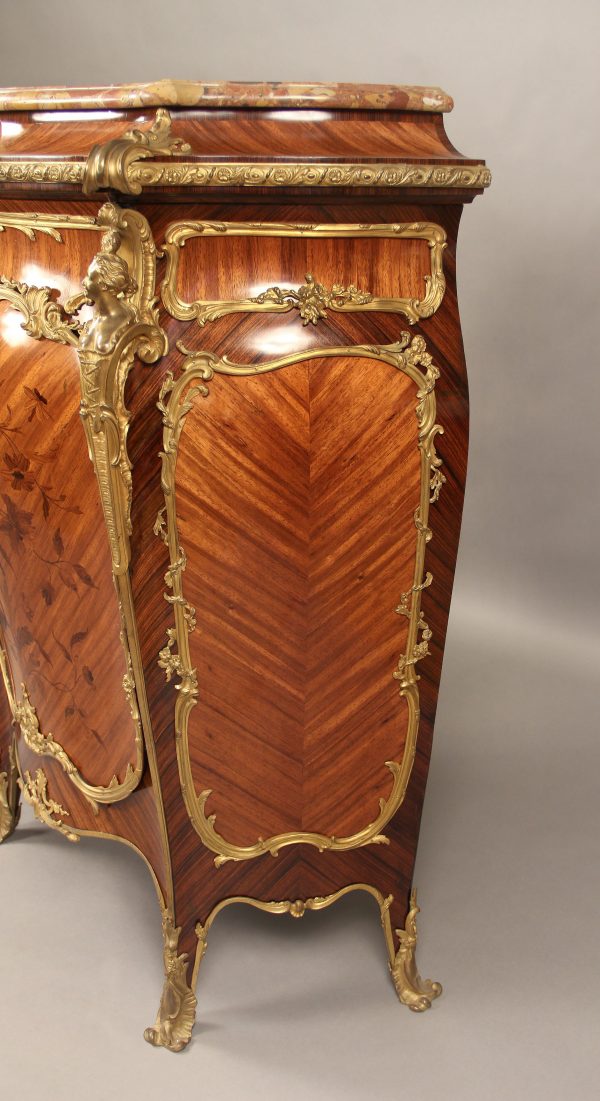 The serpentine breche d’alep marble top above a conforming case enclosed by a single panel door centered by a floral marquetry bouquet within foliate scroll encadrements, the sides with veneered panels raised on cabriole legs  headed by chutes with male and female busts ending in foliate sabots.

Stamped E. ZWIENER to the top of the door.