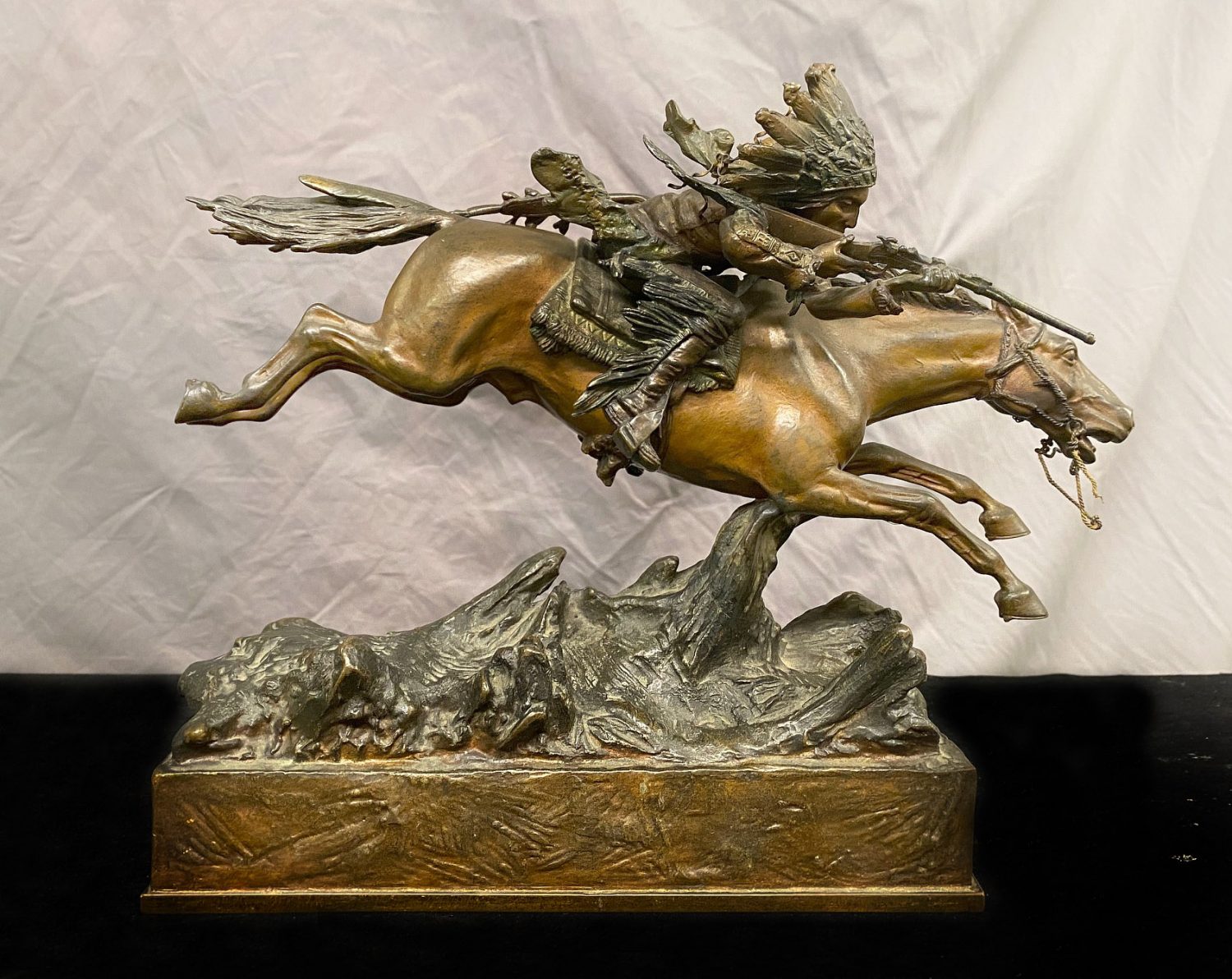 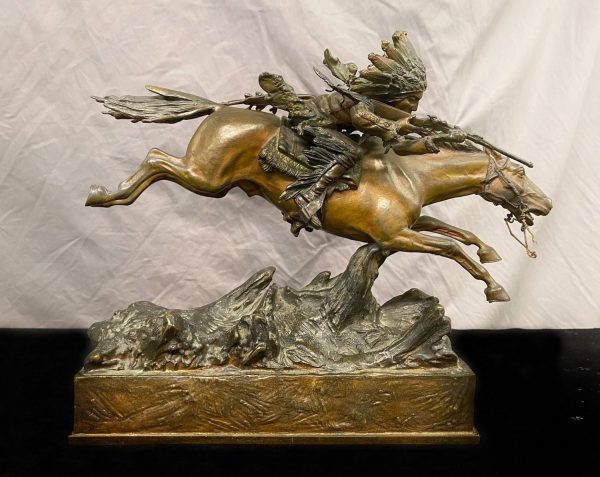 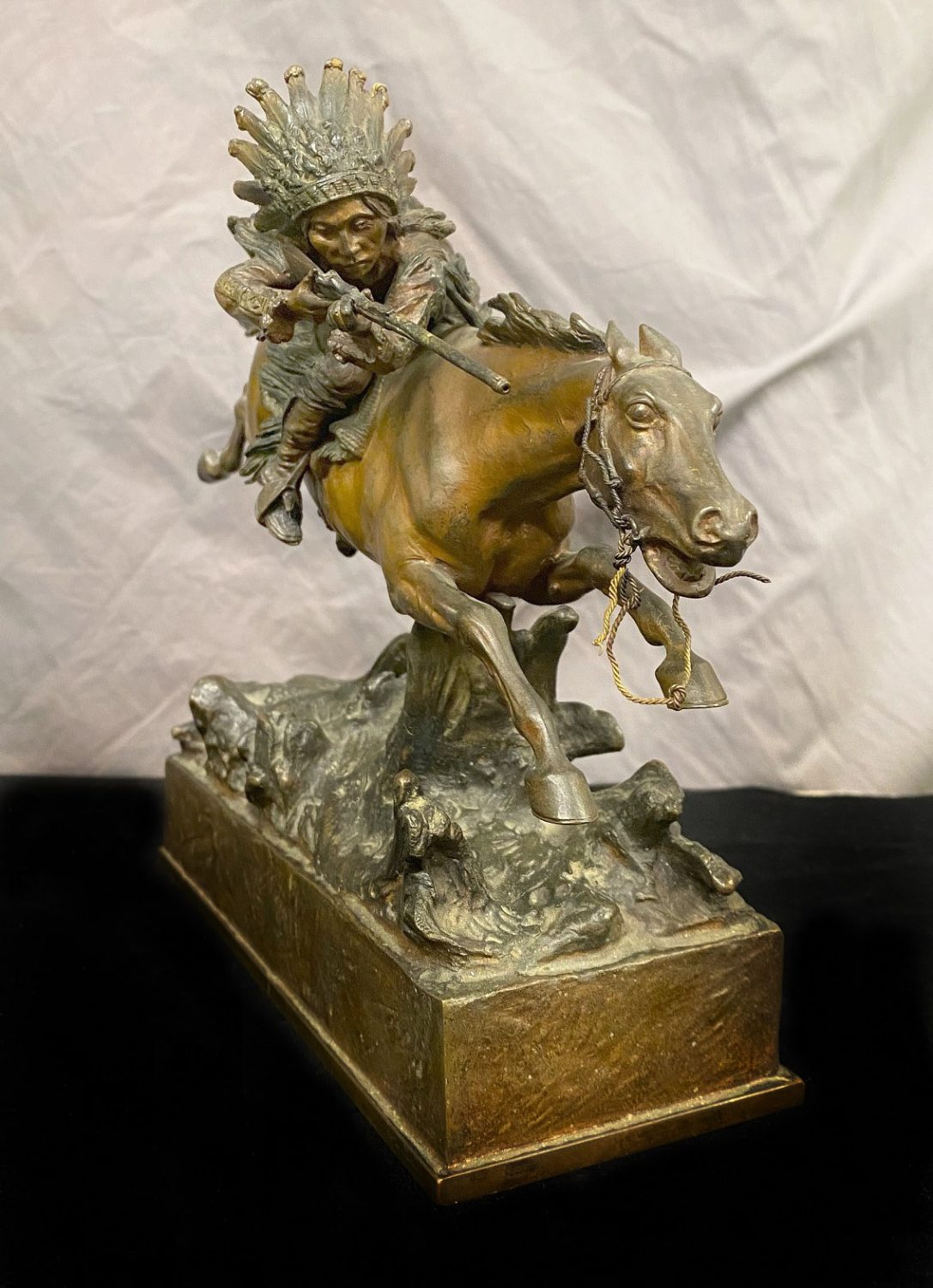 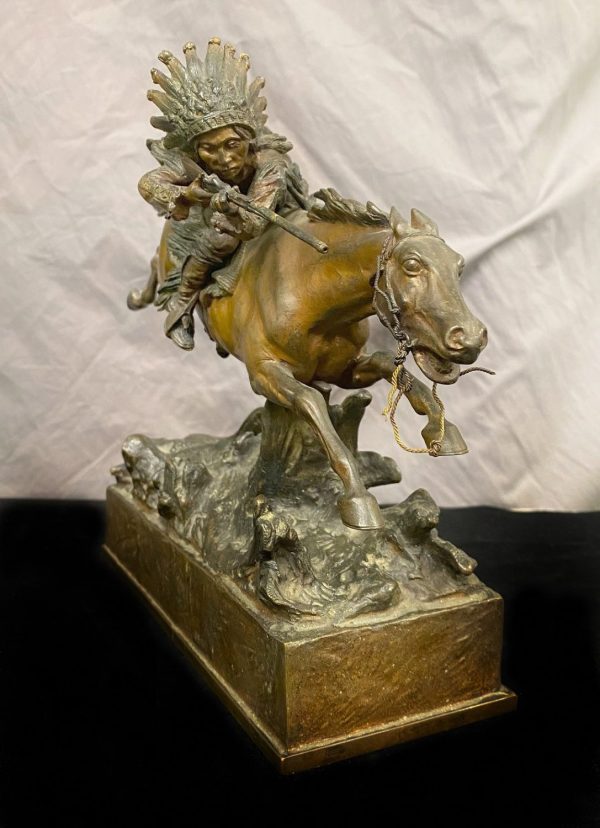 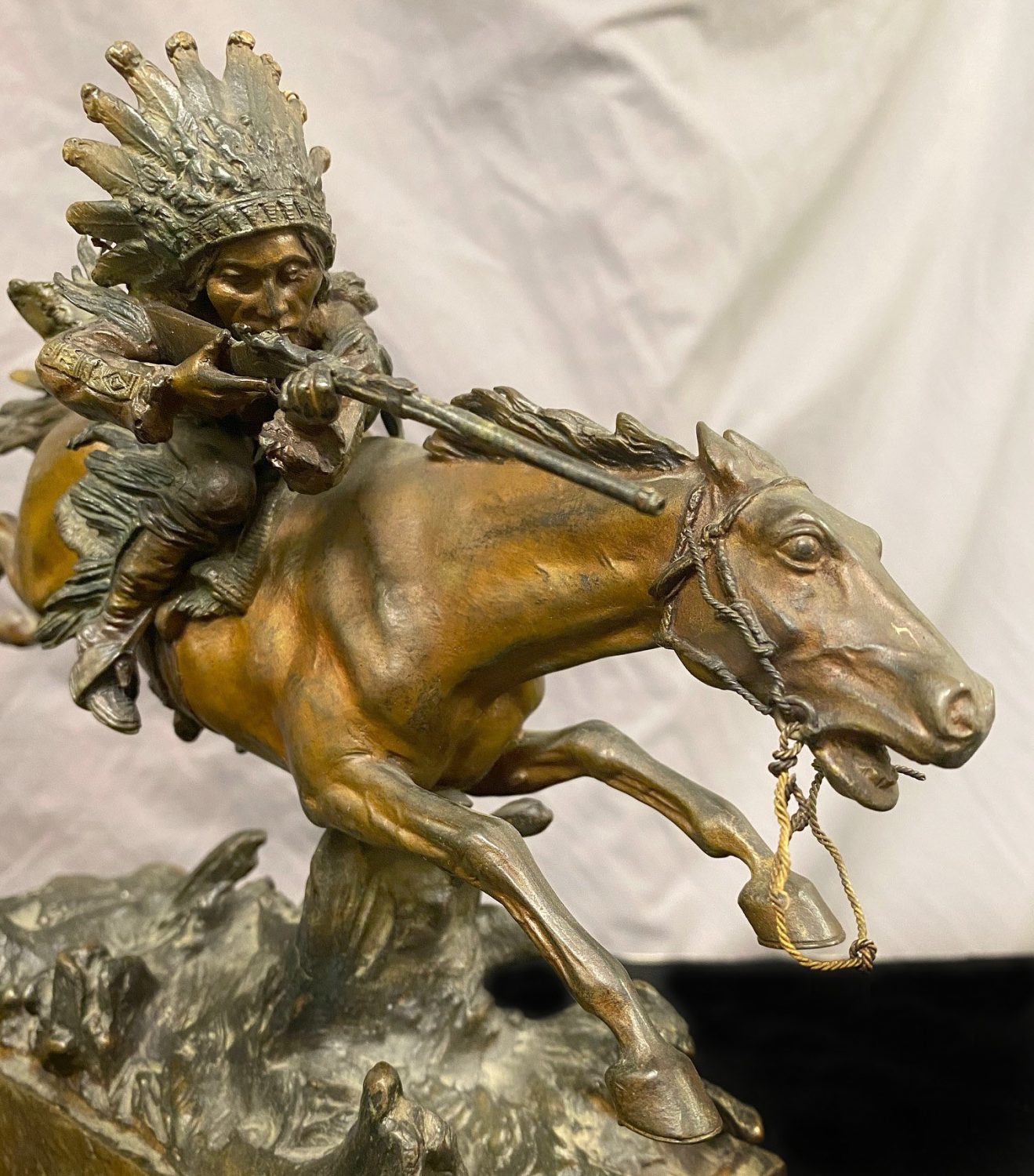 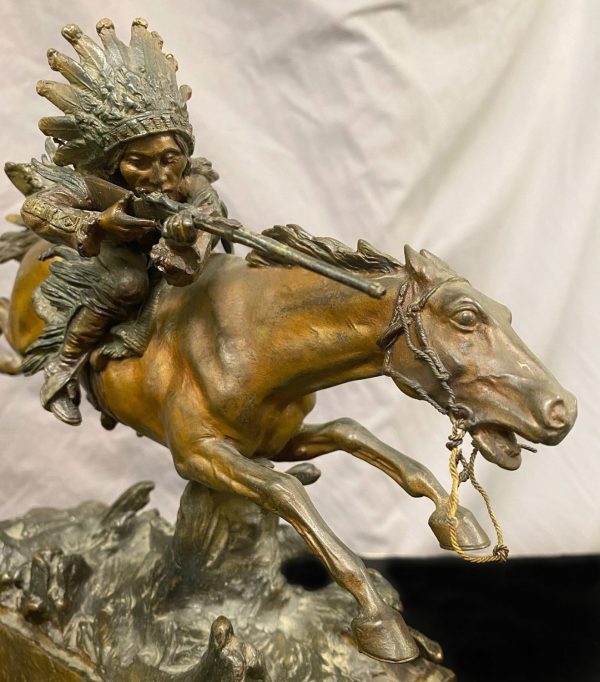 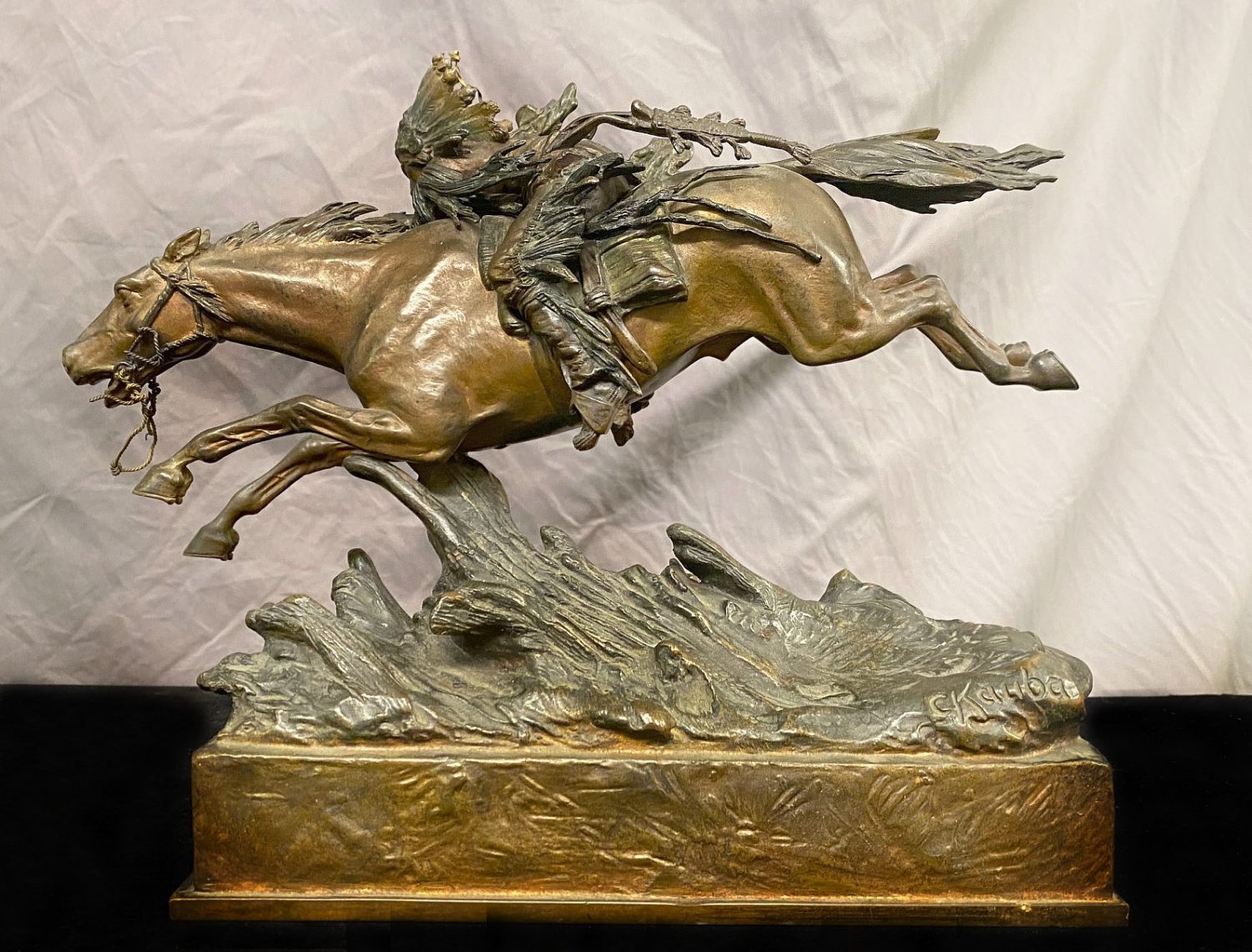 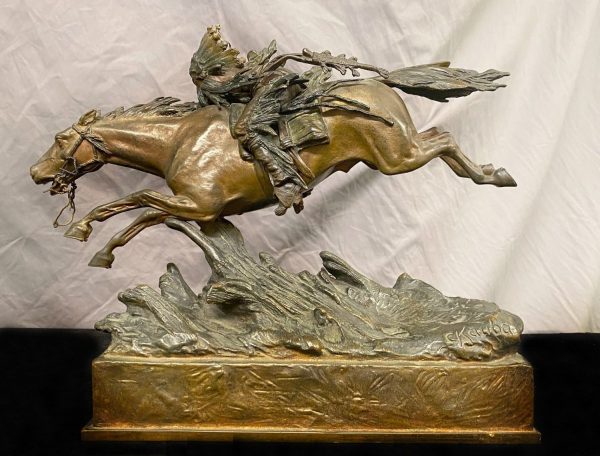 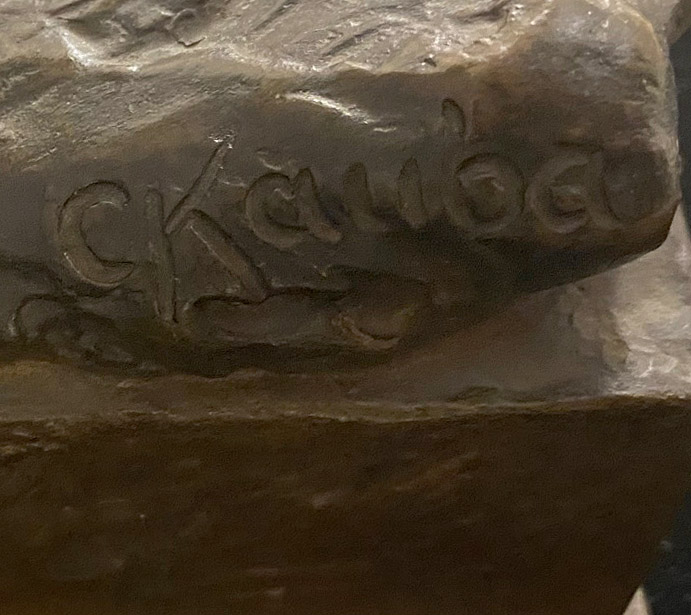 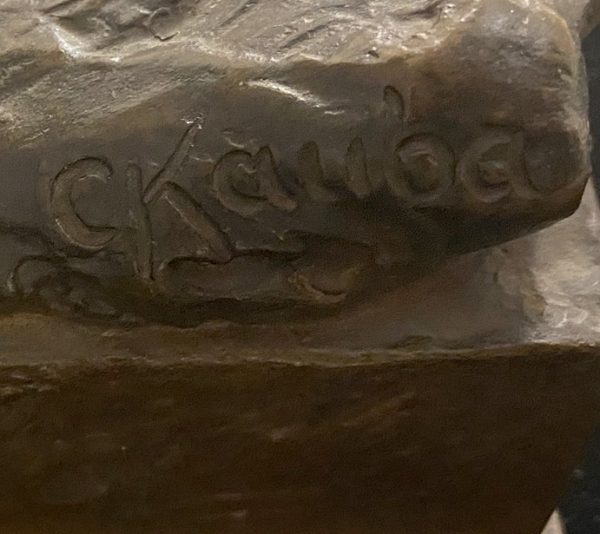 The Native American in full war bonnet headdress and traditional clothing leaning over on his horse with his rifle ready to fire.

Signed C. KAUBA to the base.

Carl Kauba was born in Vienna in 1865 and died in 1922. Although he signed “Carl”, Kauba’s birth certificate officially identifies him as “Karl” son of an Austrian shoemaker. He never visited America himself but was inspired by the romantic stories written by the German, Carl May and many photographers and illustrations which he had seen. Also inspired by the possessions of a complete Western saddle and other Indian artifacts that an American friend from Ohio sent as gifts. In contrast to most artists, Kauba’s success as a businessman was equal to his artistic achievements. He worked in a studio in his home and personally directed the casting of his clay models in local foundries.