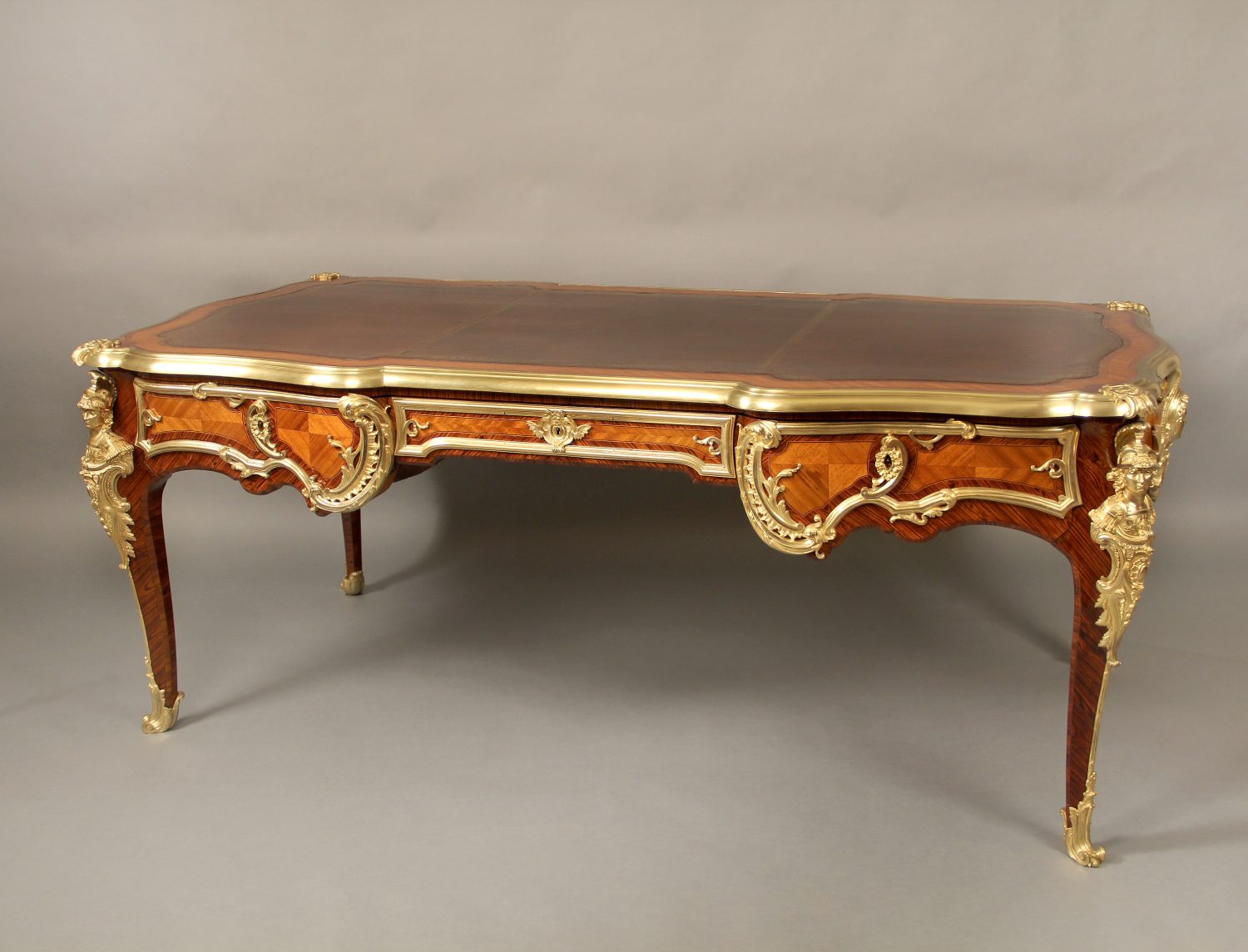 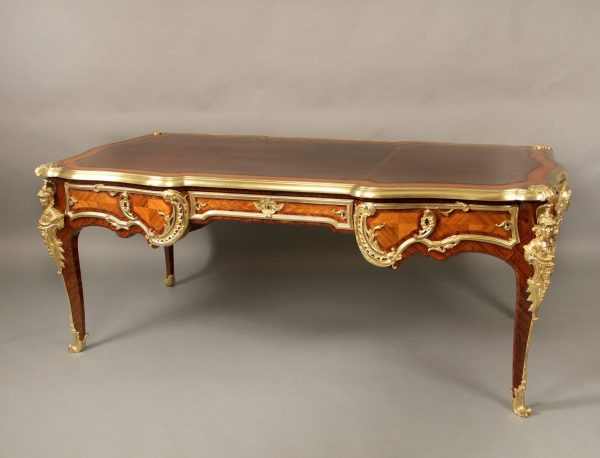 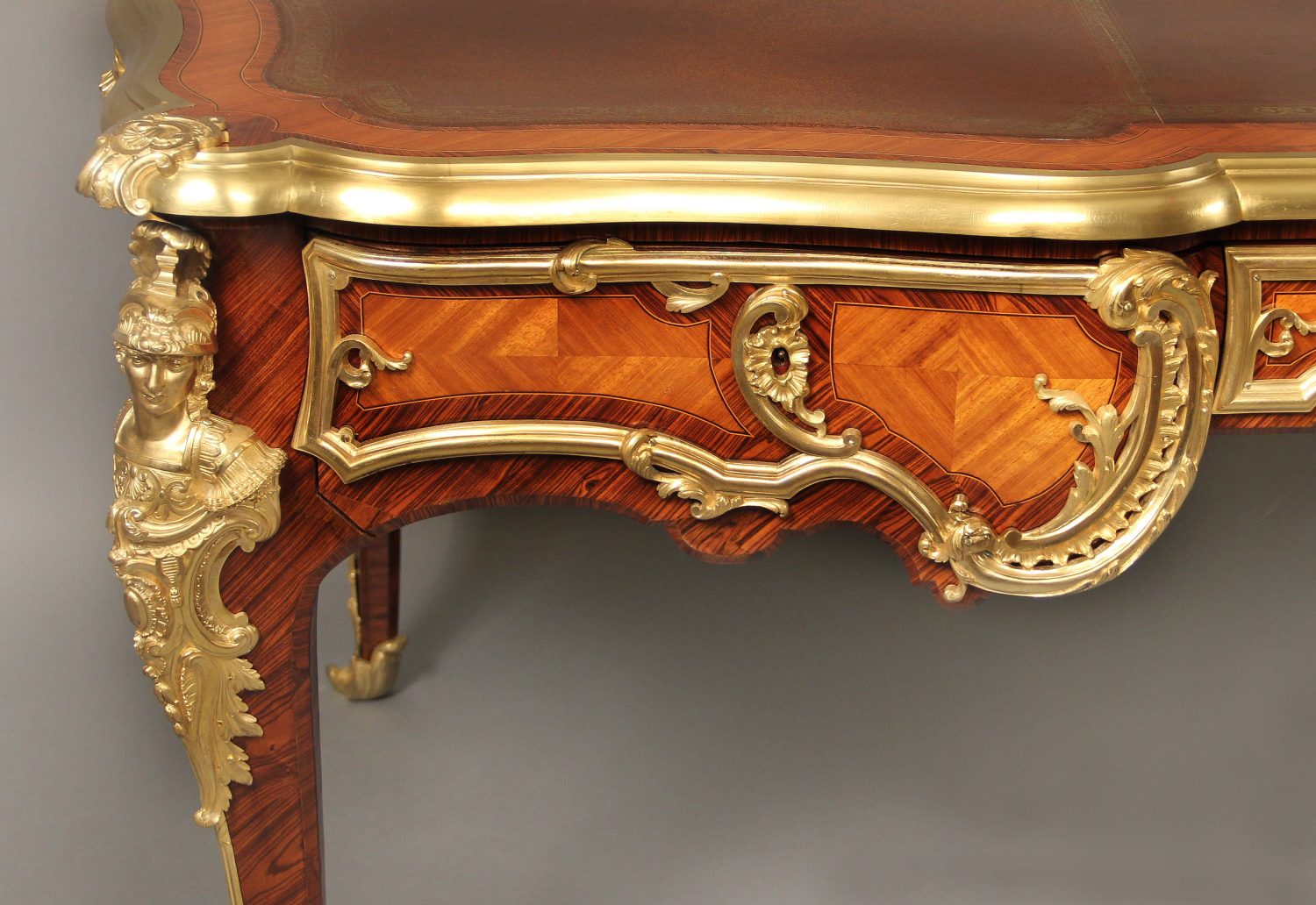 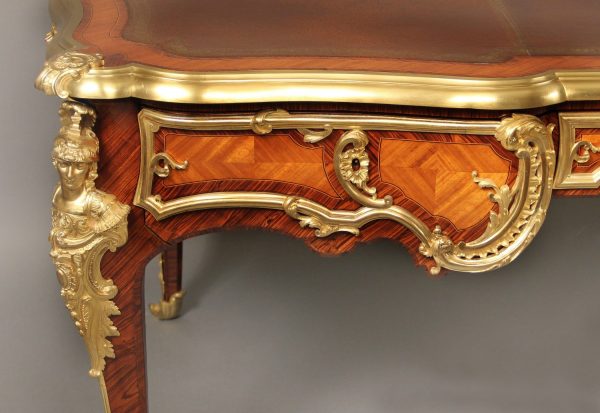 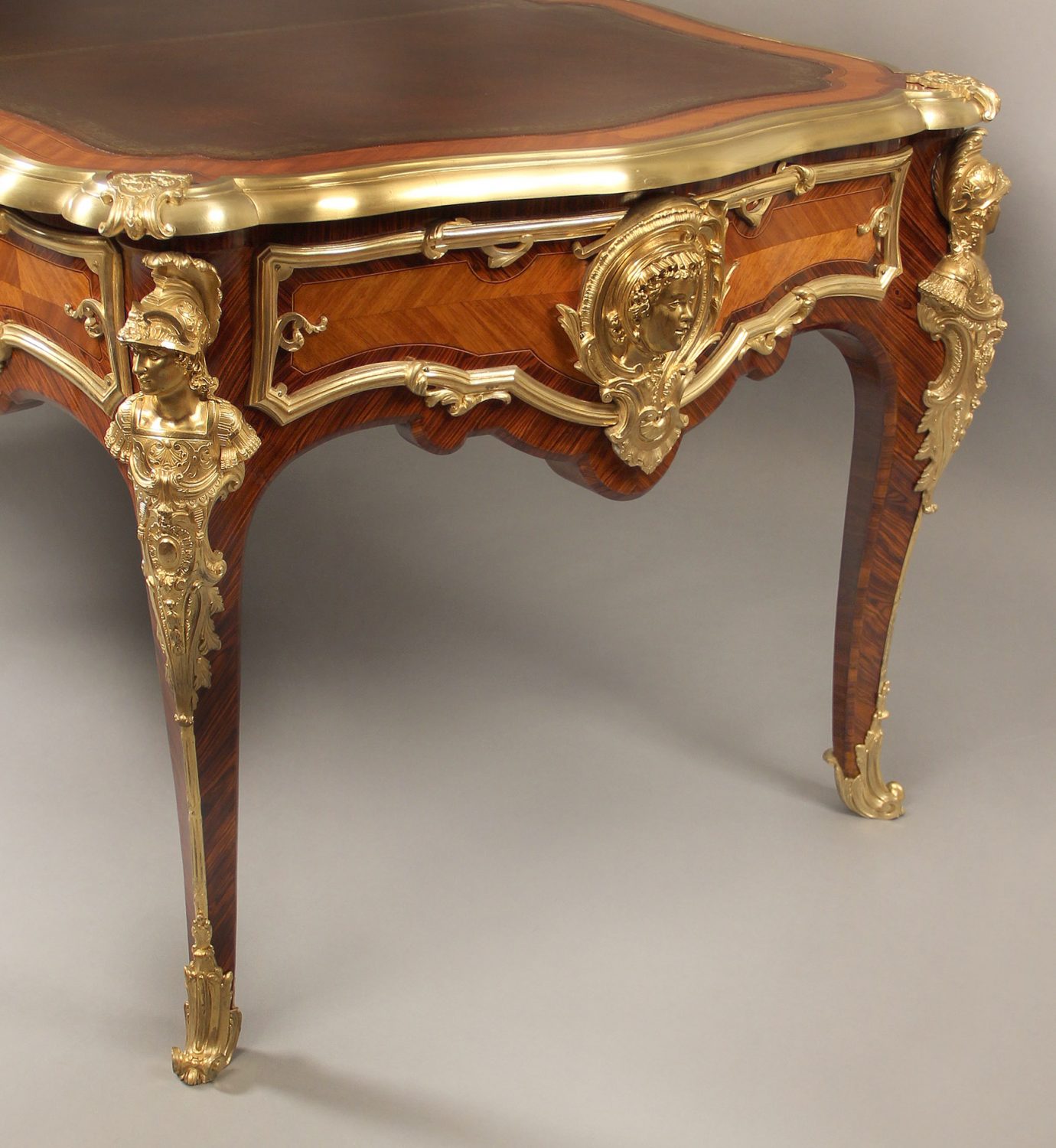 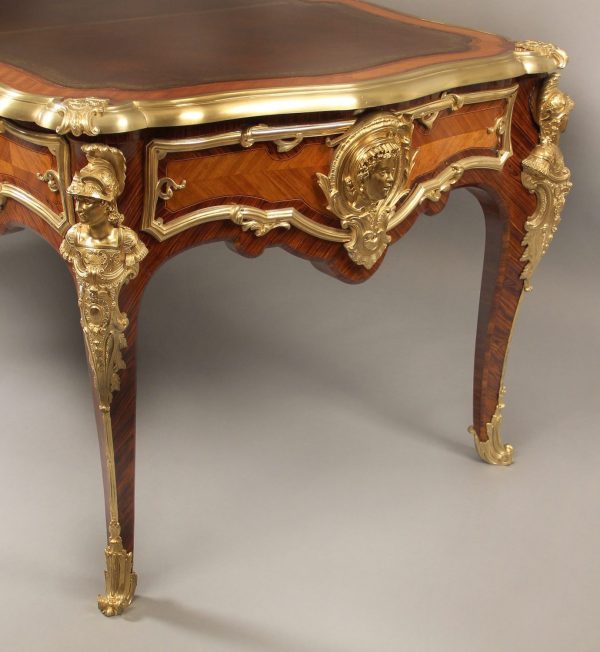 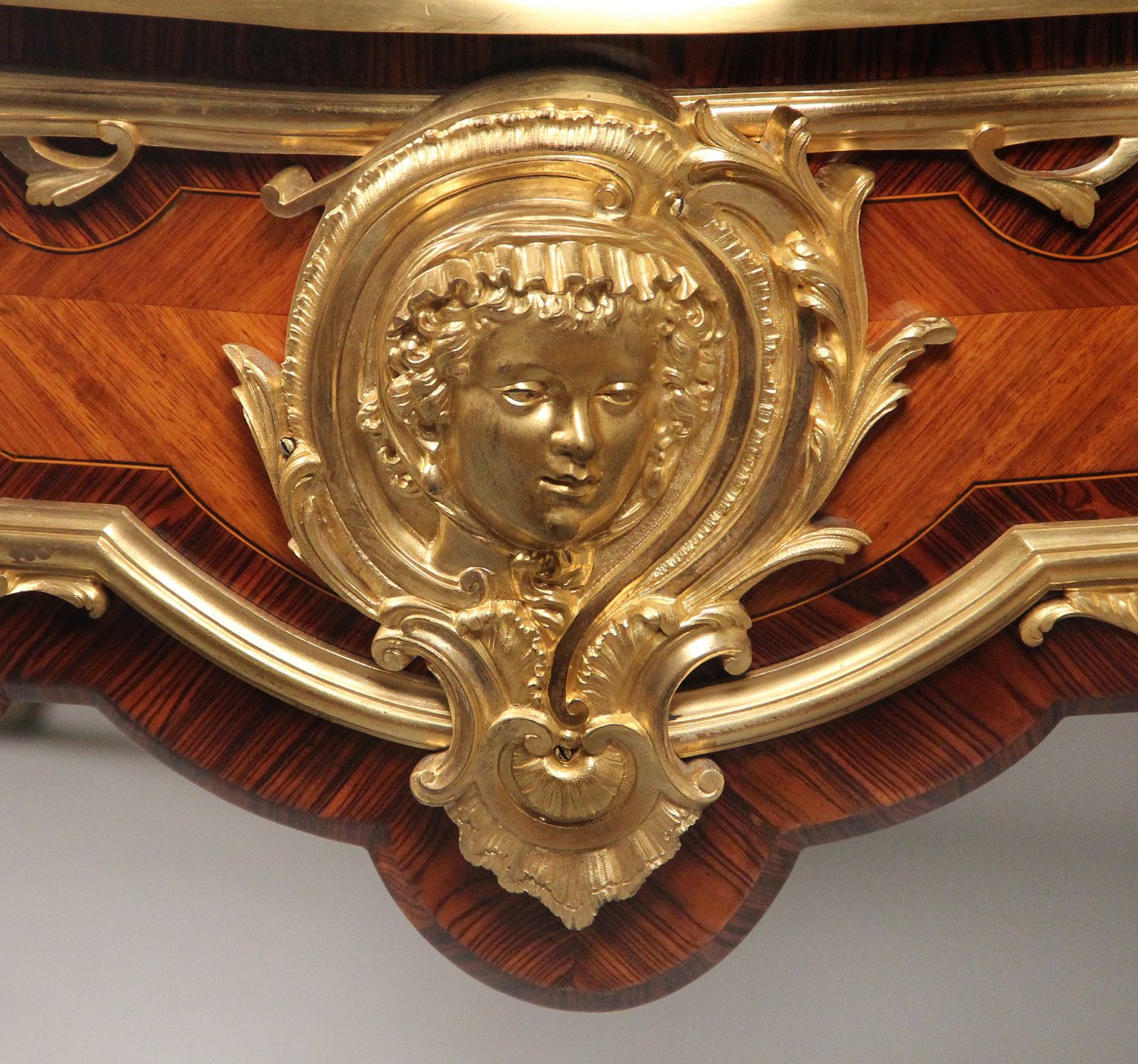 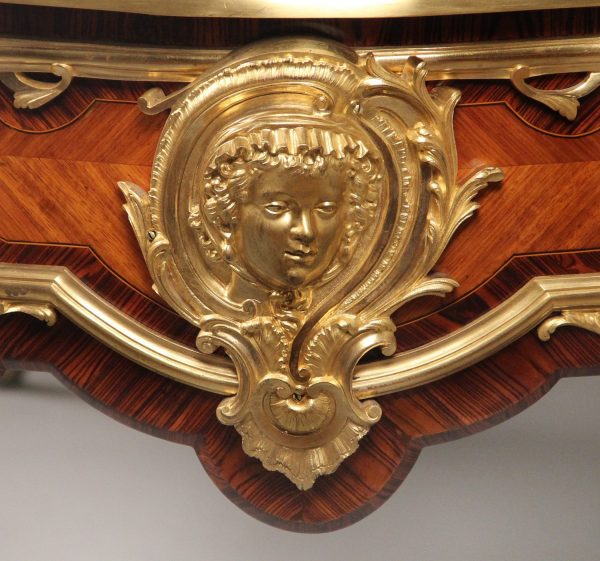 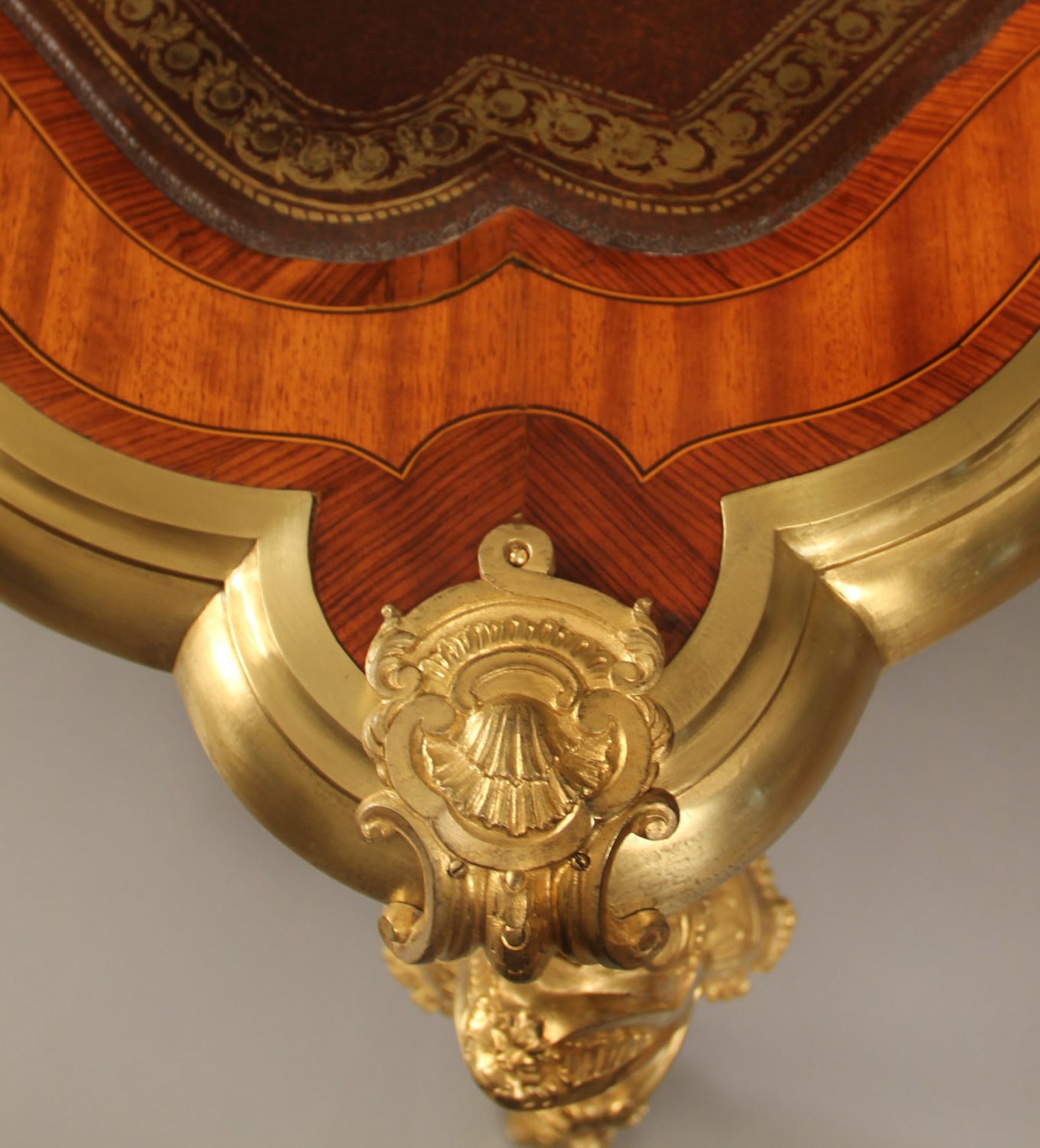 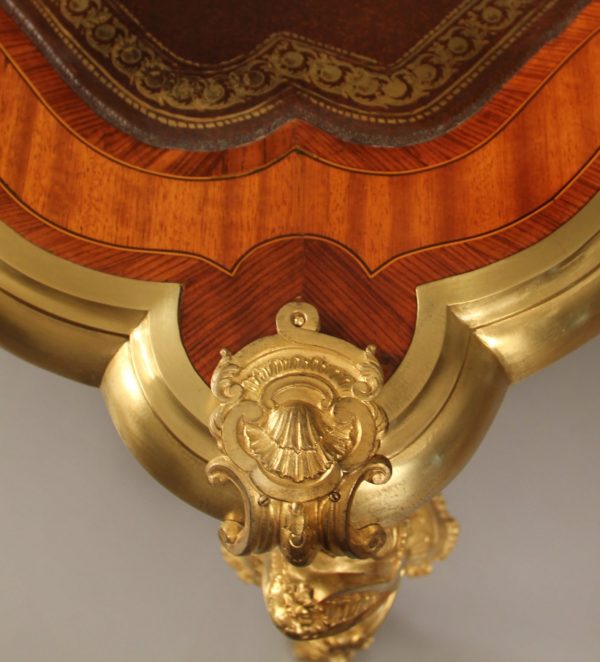 Surmounted by a shaped gilt-tooled leather writing surface, the front fitted with three frieze drawers, the central one flanked to each side by pierced foliate scrolls, the back with simulated drawers, the sides each centered by a female mask, on four cabriole legs, each headed by a warrior bust, on scrolling foliate sabots

After the famous 18th century model by Charles Cressent

The original model for this desk aux bustes de guerriers was produced by Charles Cressent (1685-1768) in several examples, the most well-known of which is housed in the Palais de l’Elysée in Paris, for many years quite appropriately situated in the office of the Ministry of the Navy. Cressent was one of the most highly skilled furniture makers of the Louis XV period in France, and generations afterwards were inspired to imitate or copy his works. This particular model was imitated more rarely than his desks cast with female busts, however, and fewer examples are known. One by Beurdeley, included in the sale of a part of his inventory in 1895, is illustrated in: Camille Mestdagh, L’Ameublement d’art français 1850-1900, Les Editions de l’Amateur, 2010, p. 96.