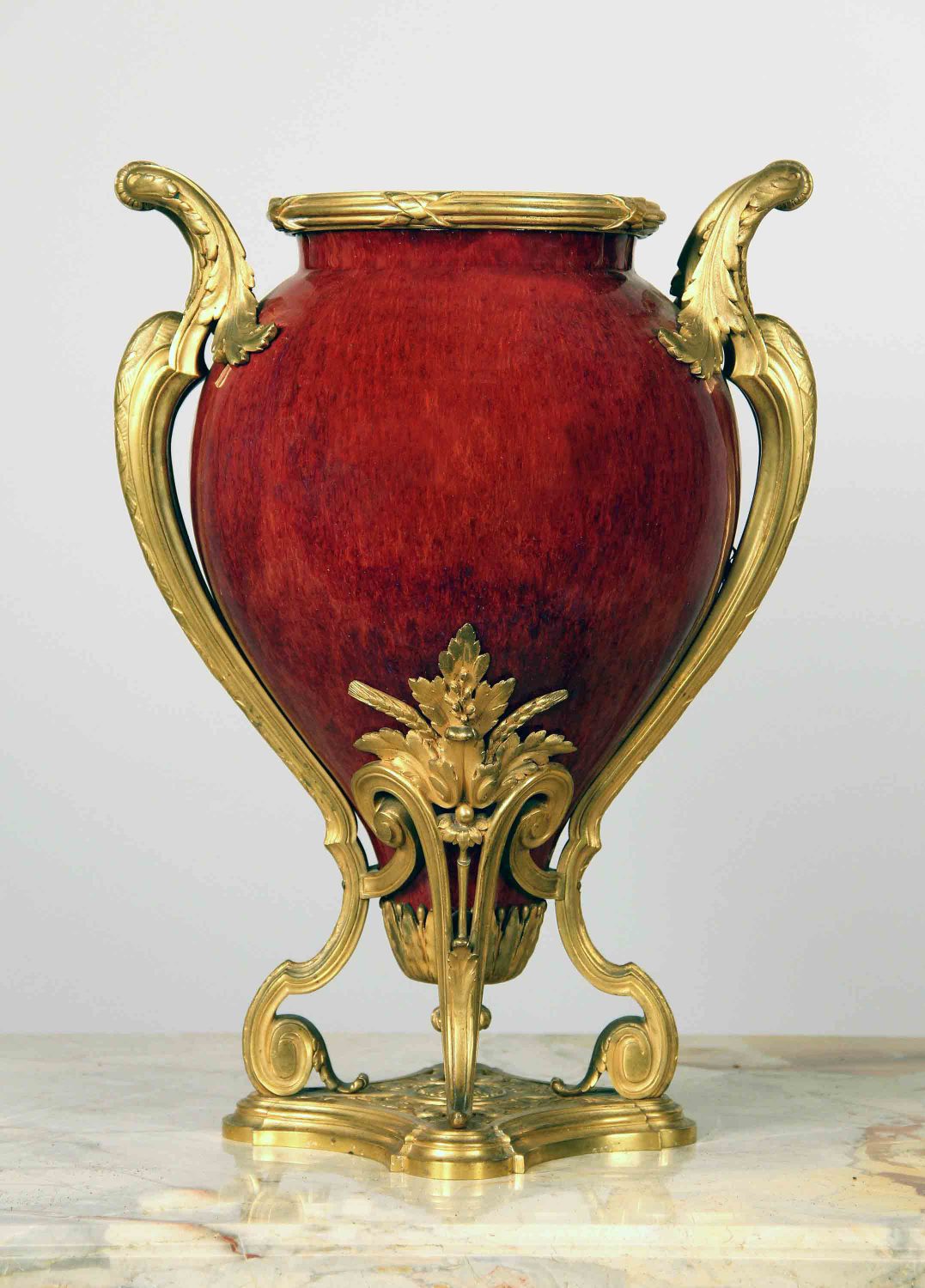 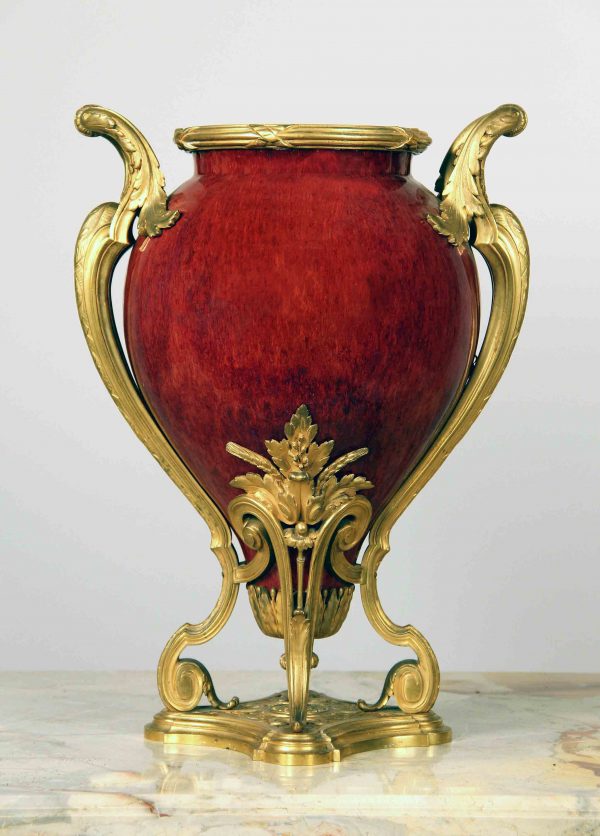 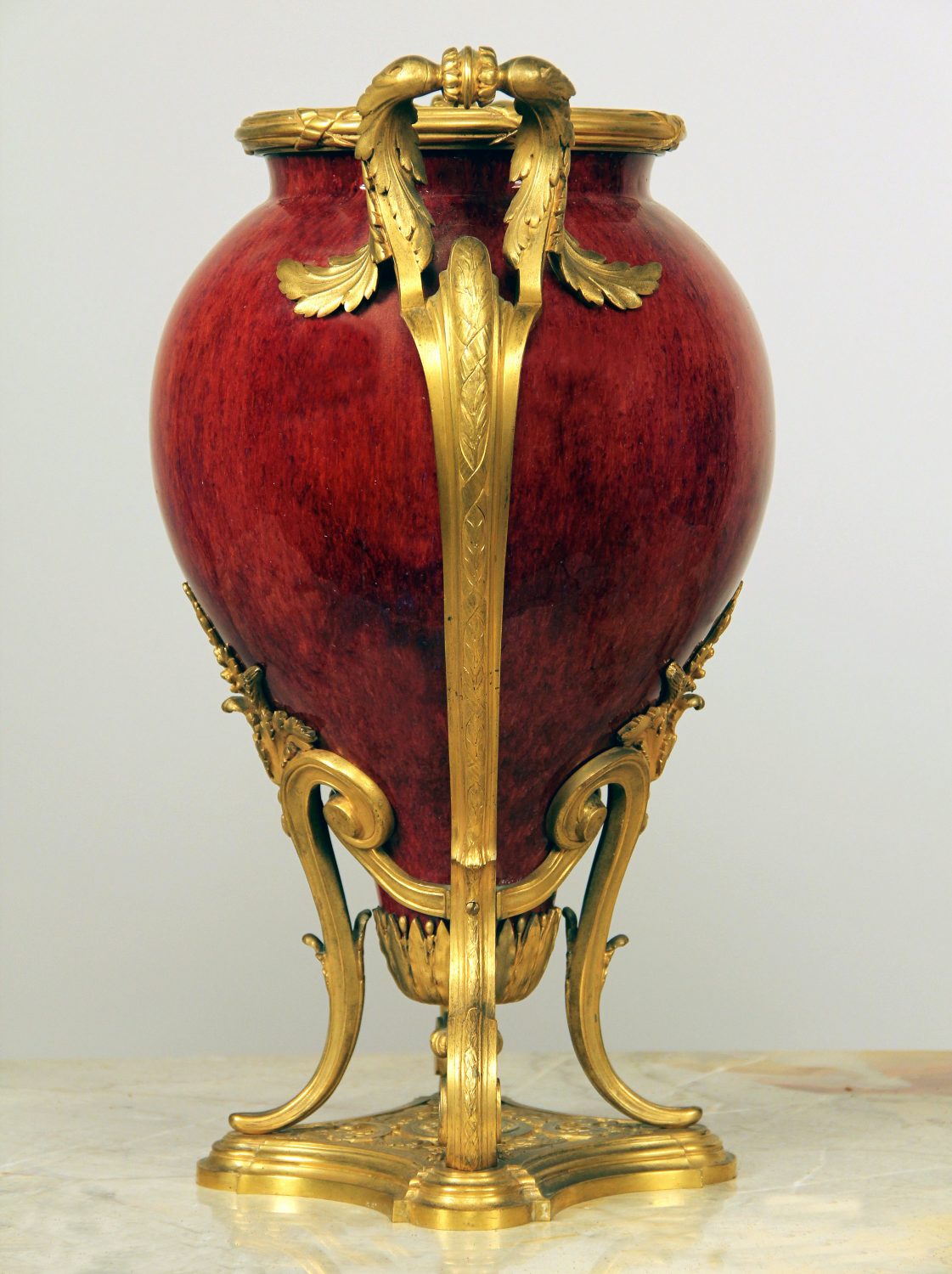 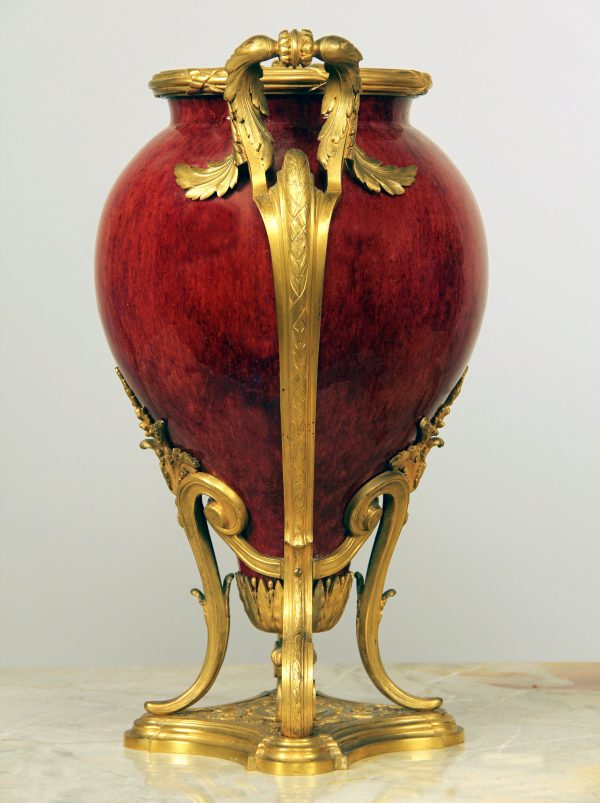 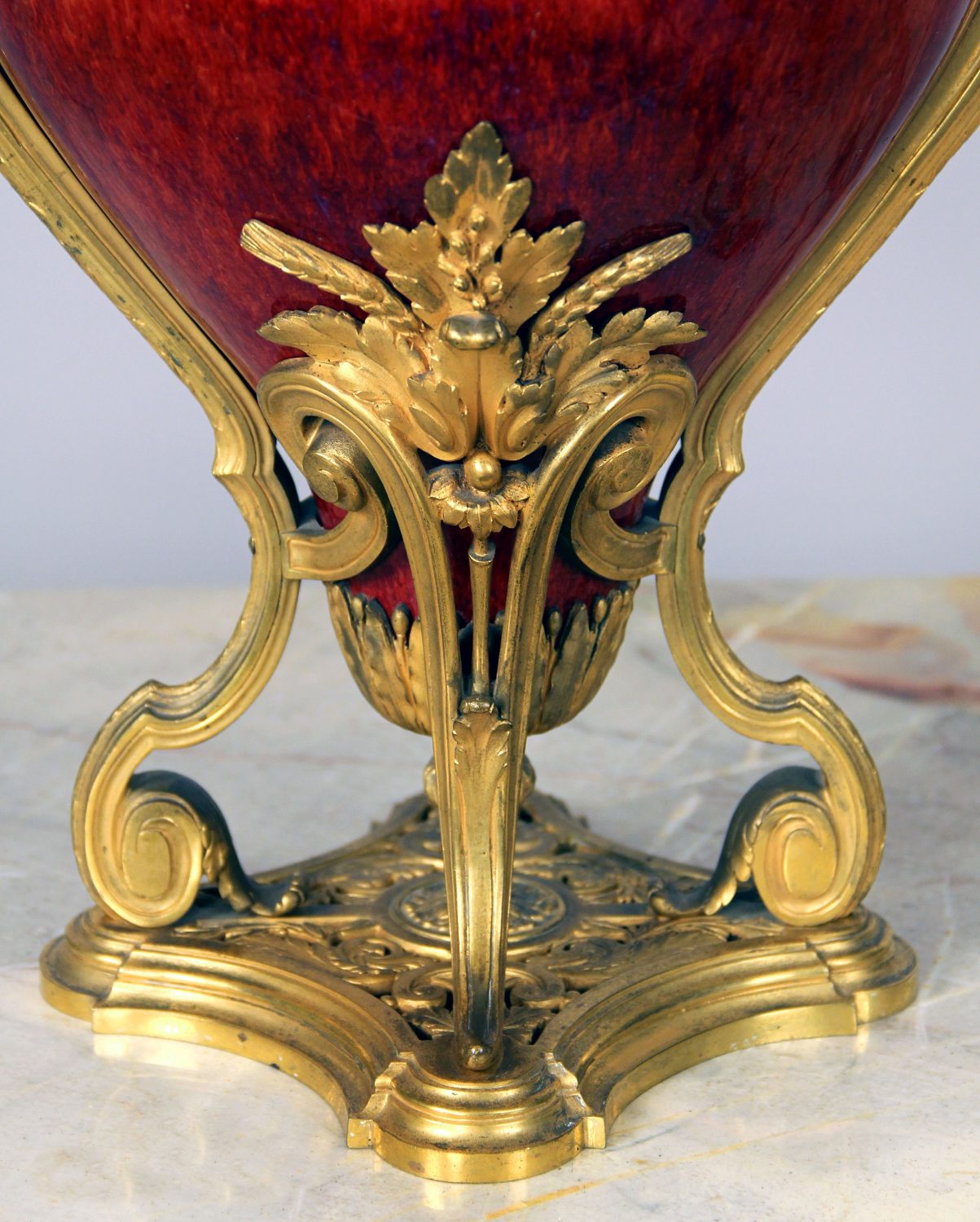 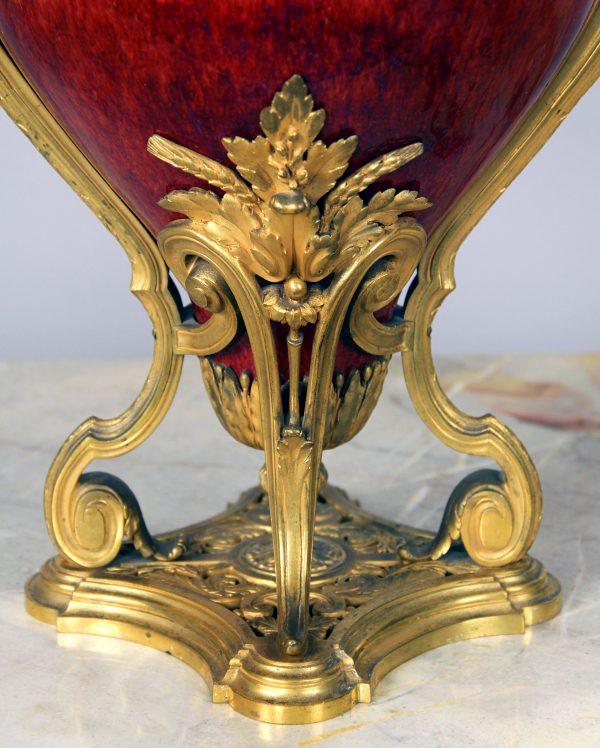 Sang de Boeuf, also called flambé glaze, a glossy, rich, bloodred glaze often slashed with streaks of purple or turquoise used to decorate pottery, particularly porcelain. The effect is produced by a method of firing that incorporates copper, a method first discovered by the Chinese of the Ming dynasty, probably during the reign of Wanli (1573–1620). Examples of this older work are now extremely rare. The process was at first difficult to control, but it had been mastered by the time of Kanxi (1661–1722) and Qianlong (1736–96) in the Qing dynasty, and chuihong, or “blown red” glaze ware, became popular. The langyao porcelain of the Qing dynasty was imitated in Europe, especially in the porcelain factory at Sèvres, France, which produced a substantial amount of sang de boeuf in the late 19th century.