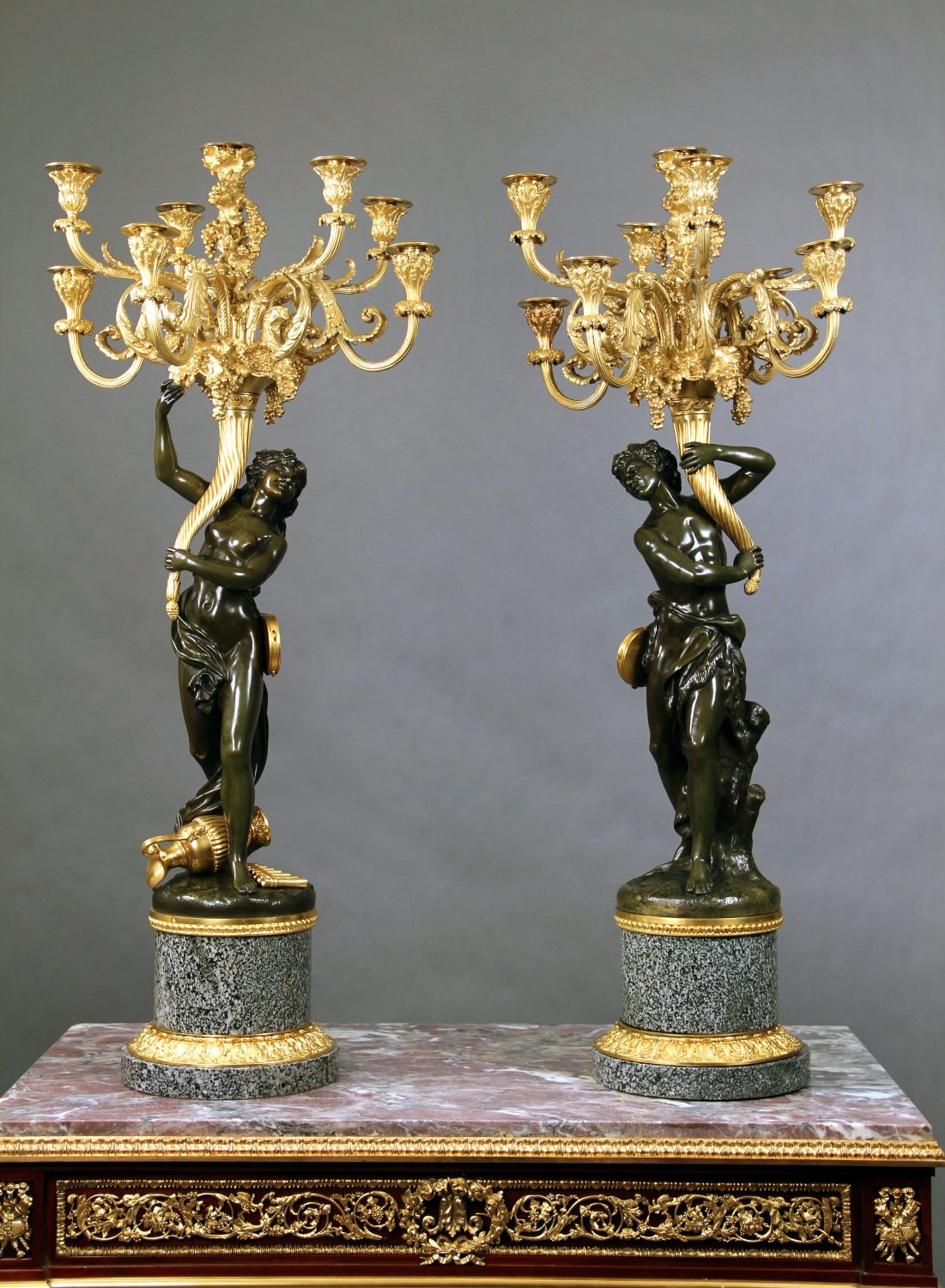 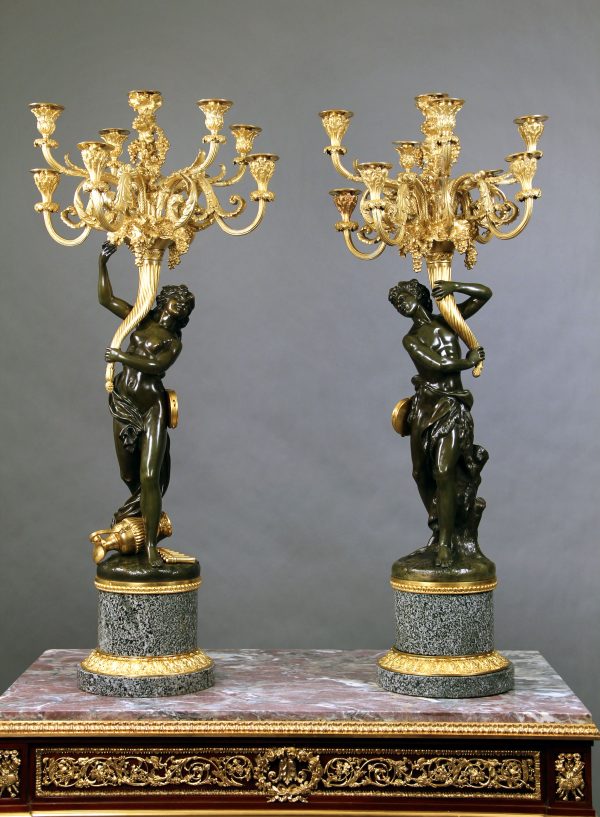 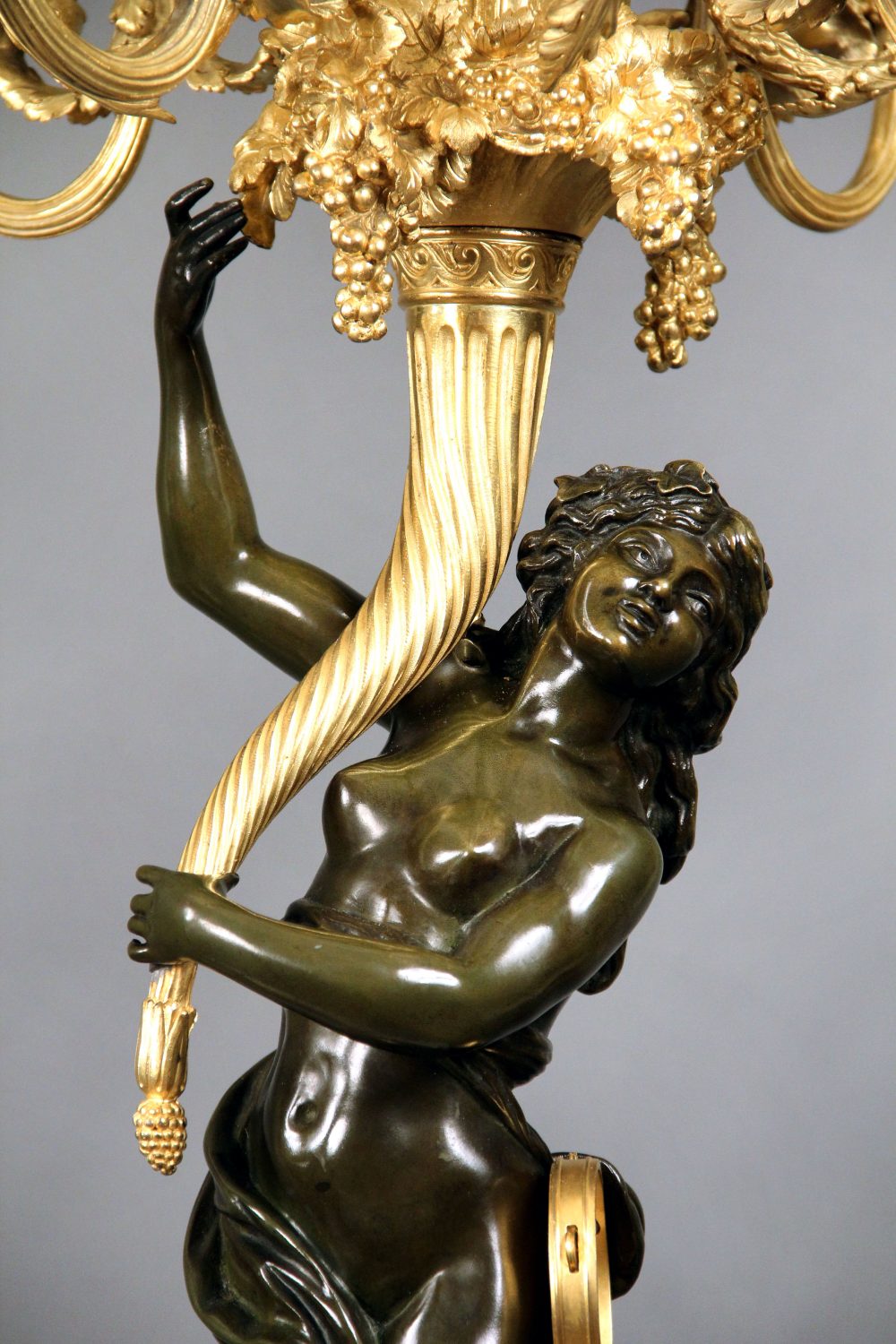 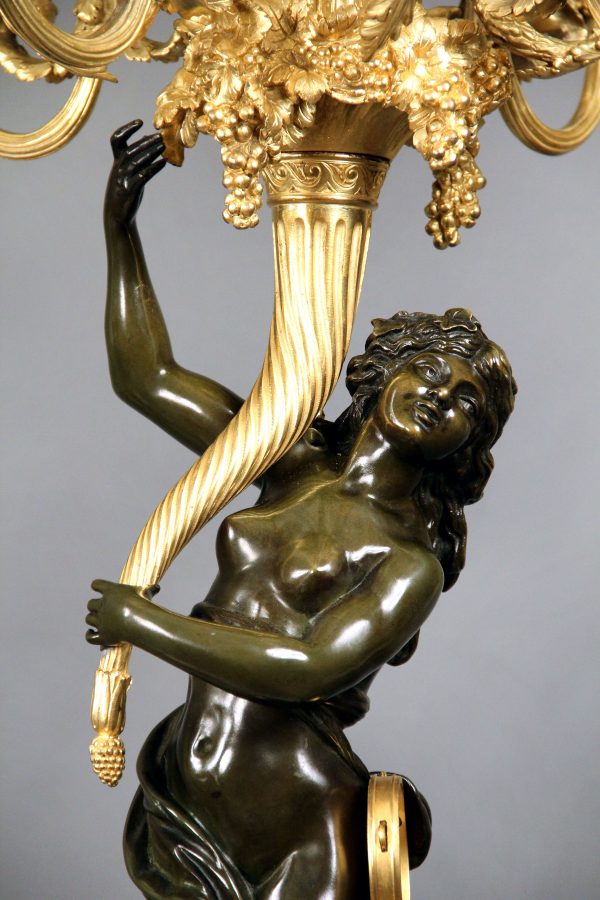 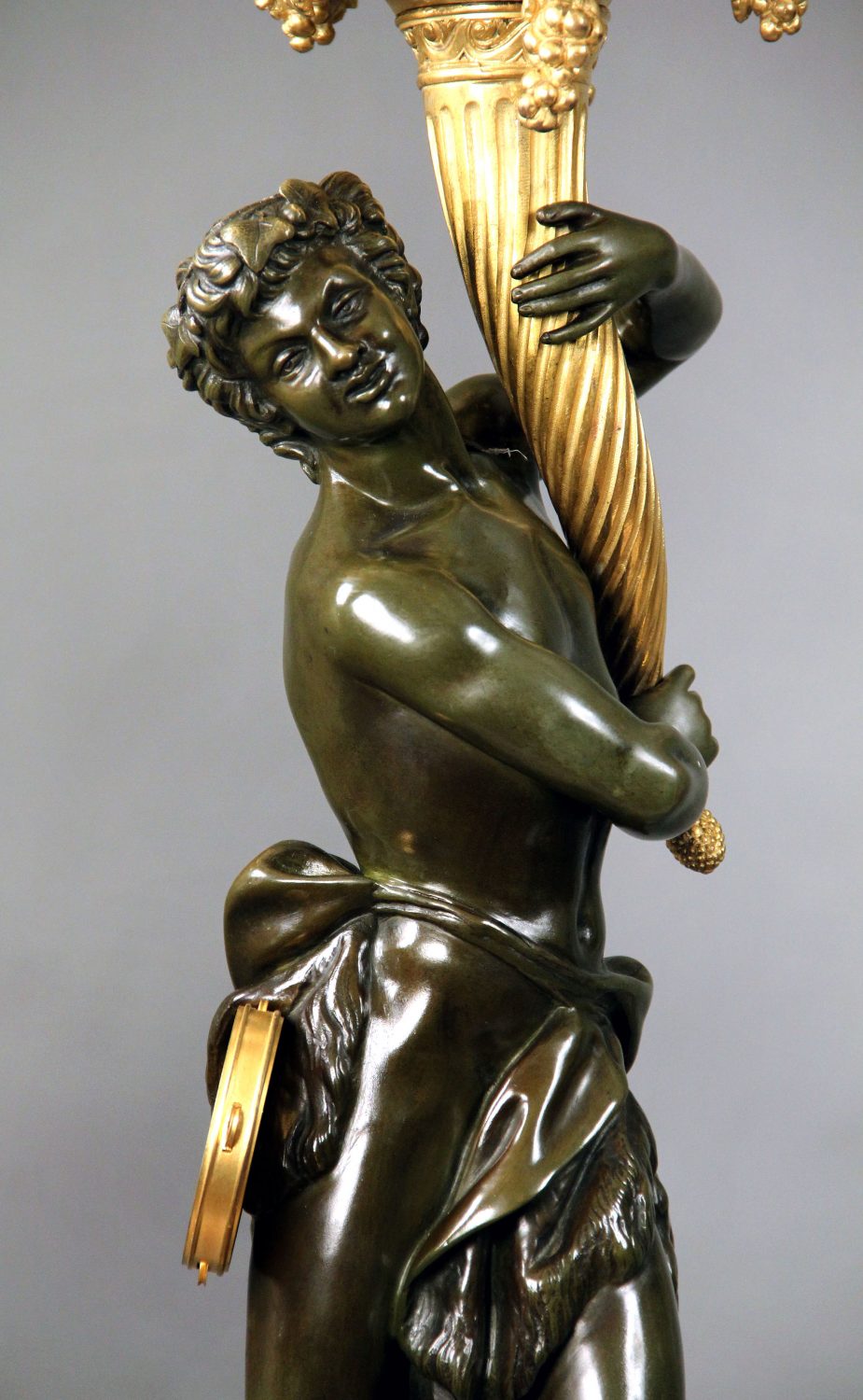 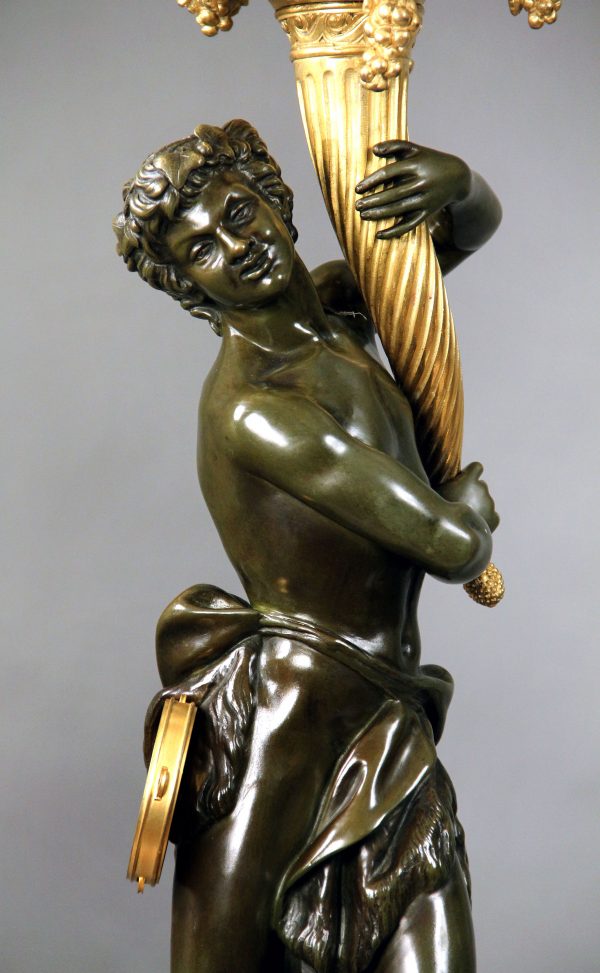 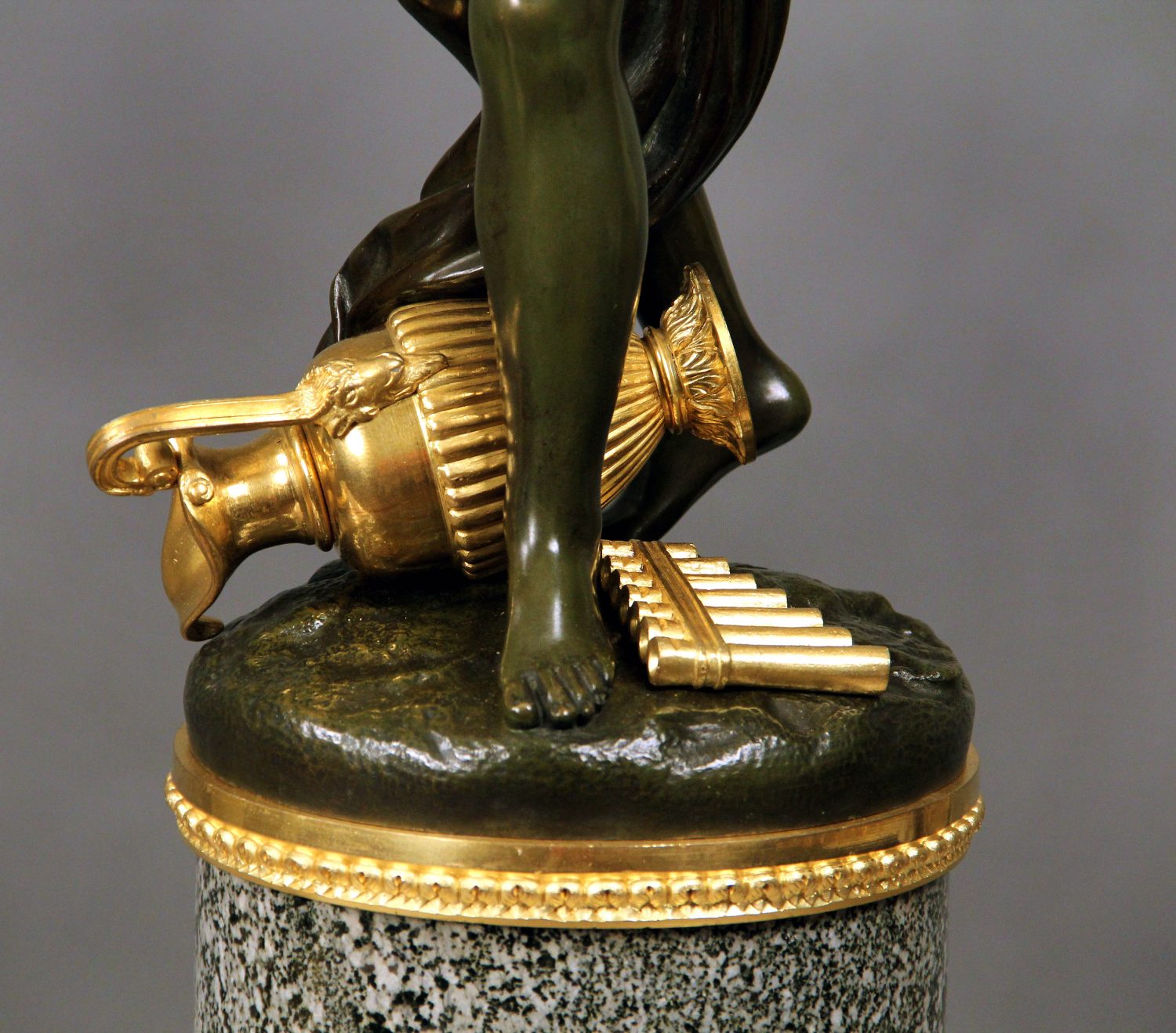 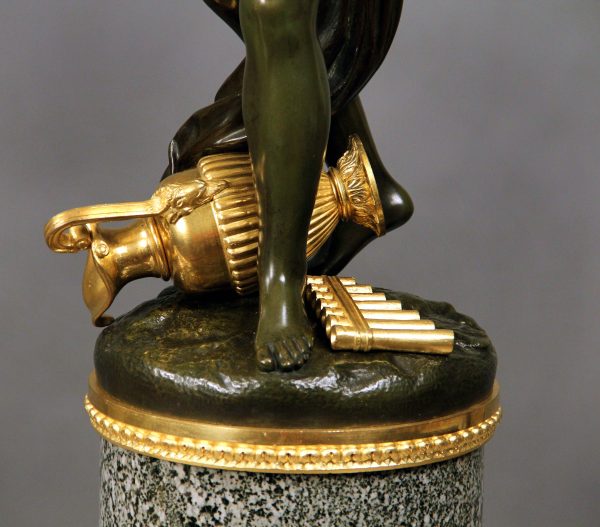 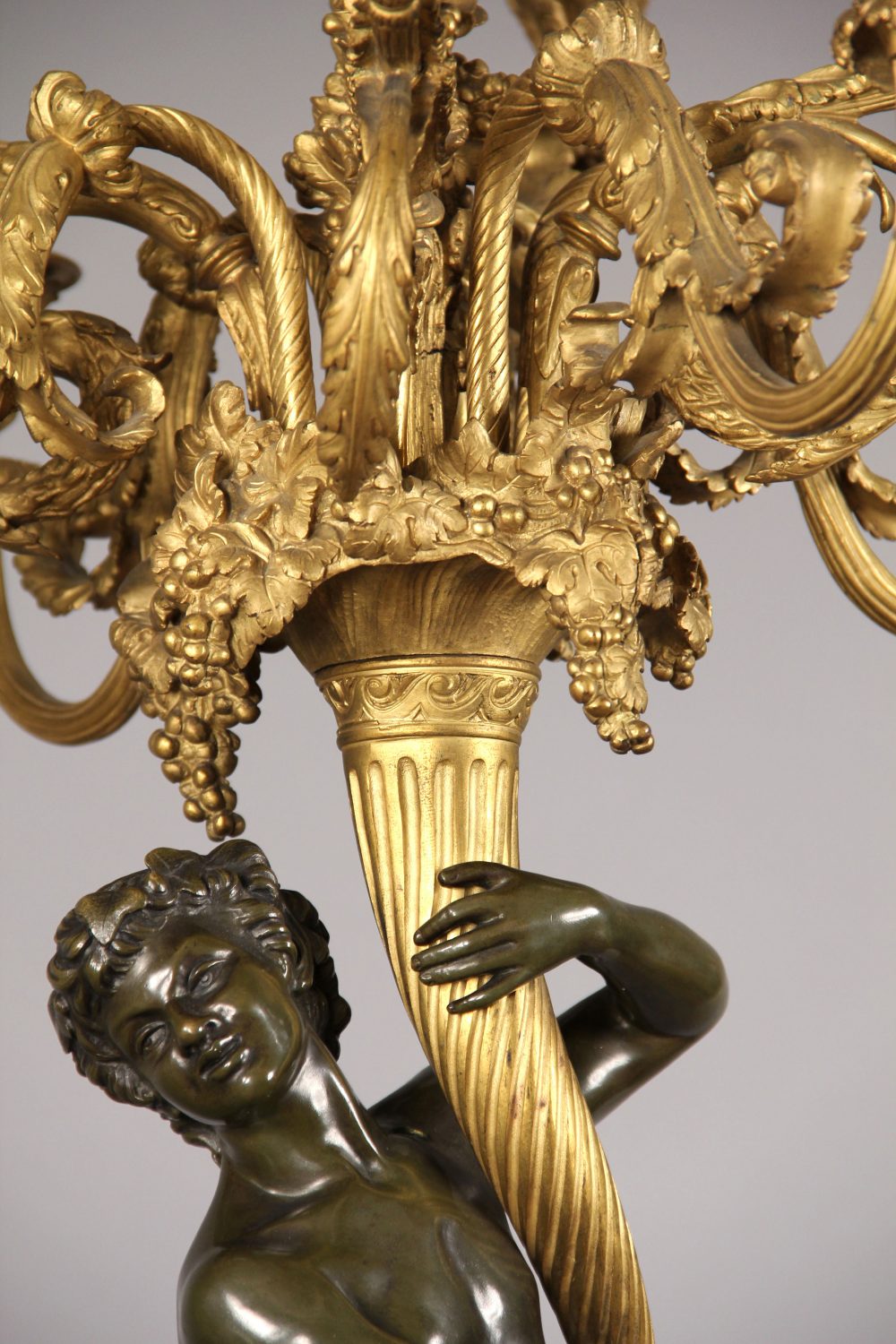 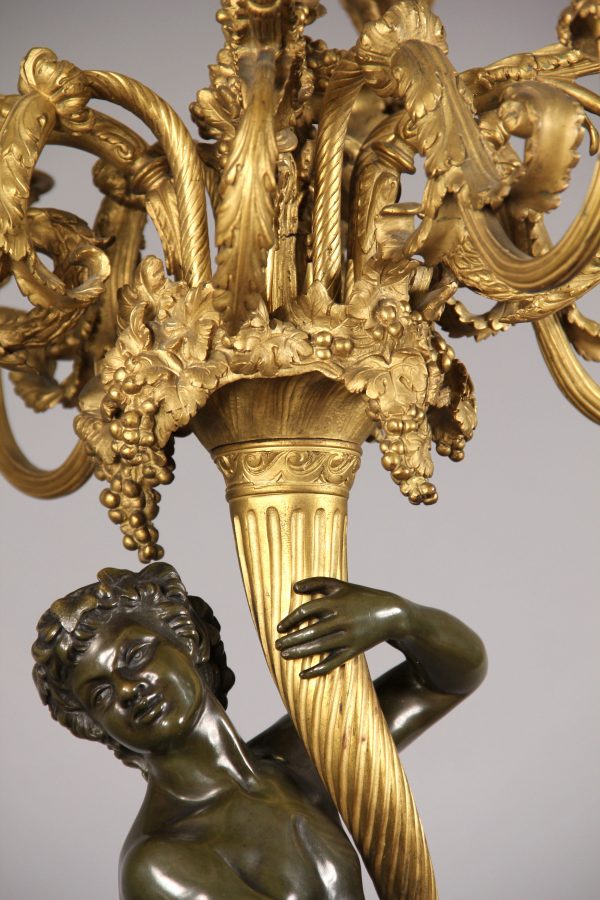 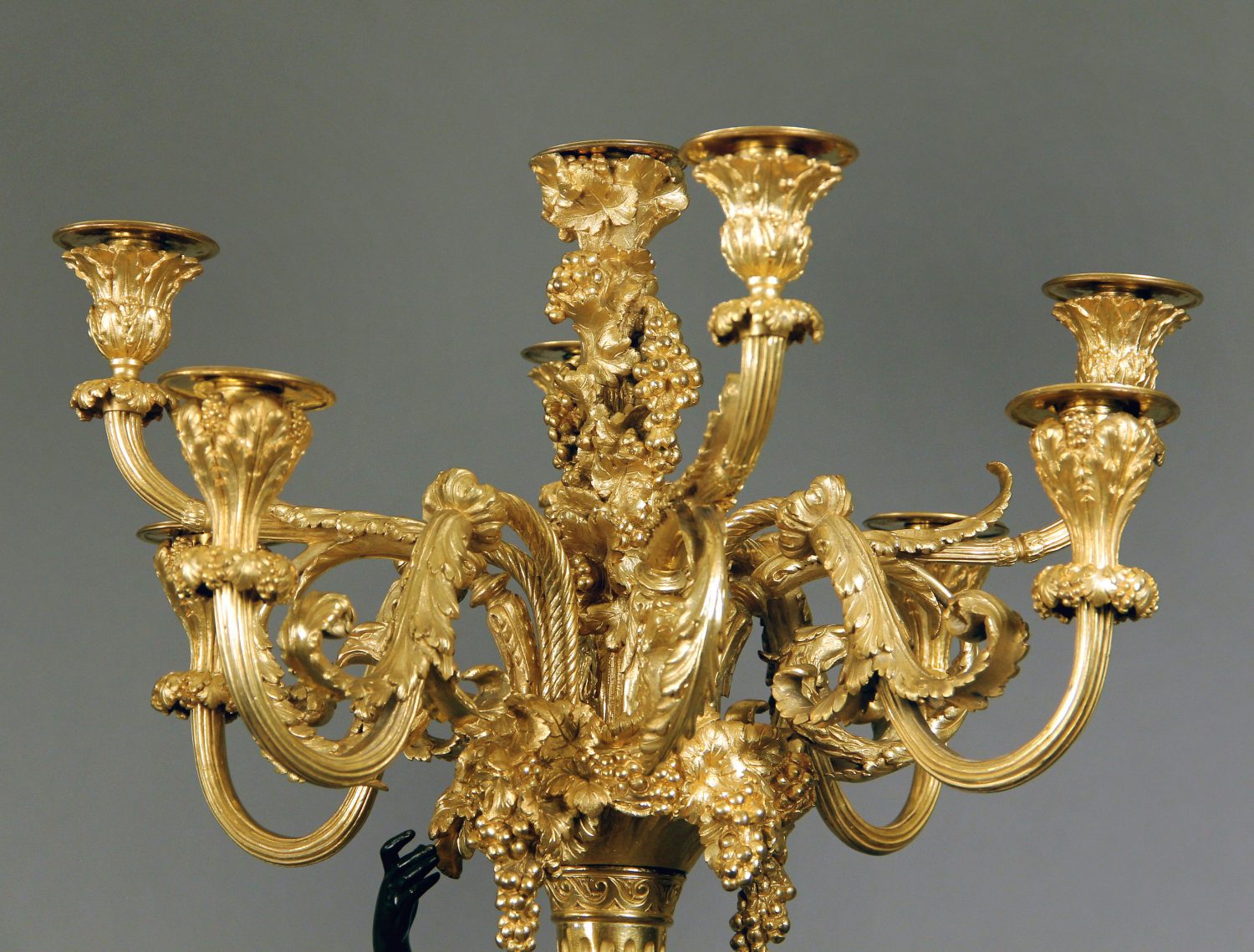 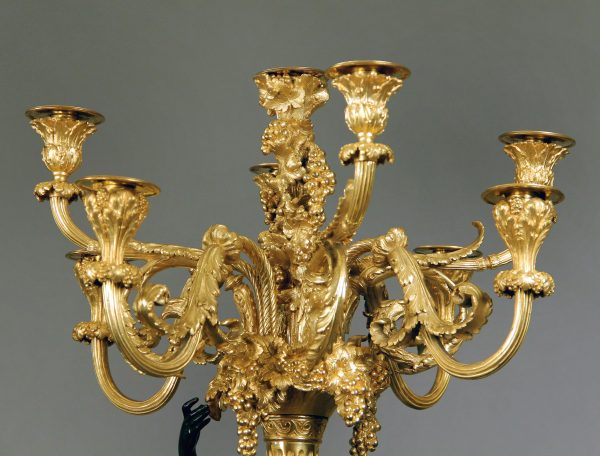 Each cast as a female and a male figure from a bacchanale upholding eight scroll branches with a central branch in the form of a quiver, on a bronze mounted circular base of granite.

In 1771 Clodion returned to Paris, where he continued to produce mostly in terracotta. He also worked with his brothers in other media, decorating objects such as candelabra, clocks, and vases. Drawing primarily from pagan antiquity, he created light-hearted terracotta sculptures that epitomized the Rococo style. Late in his life, when Neo-classical works were more popular, Clodion adjusted his style and worked on major public monuments in Paris.