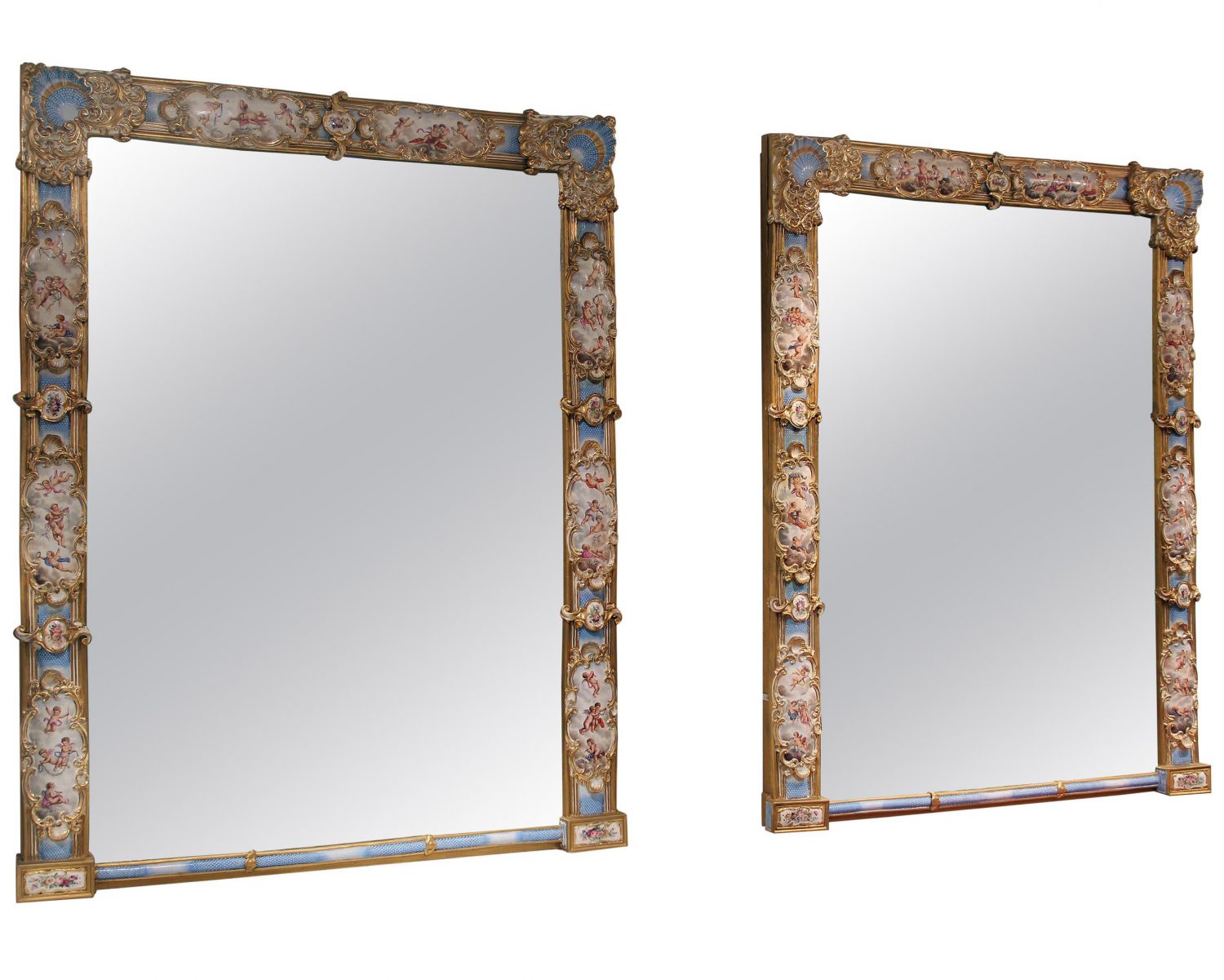 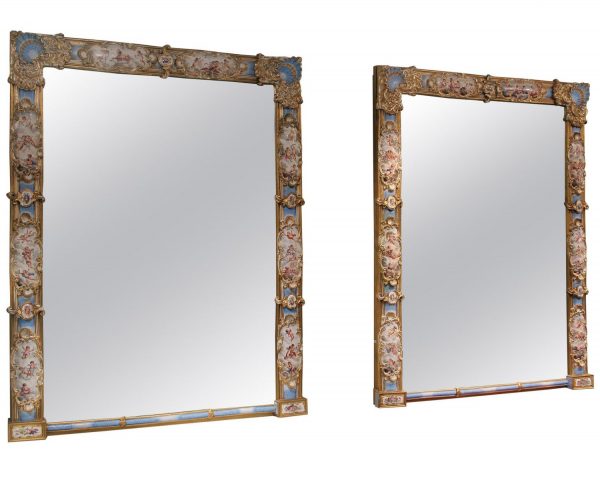 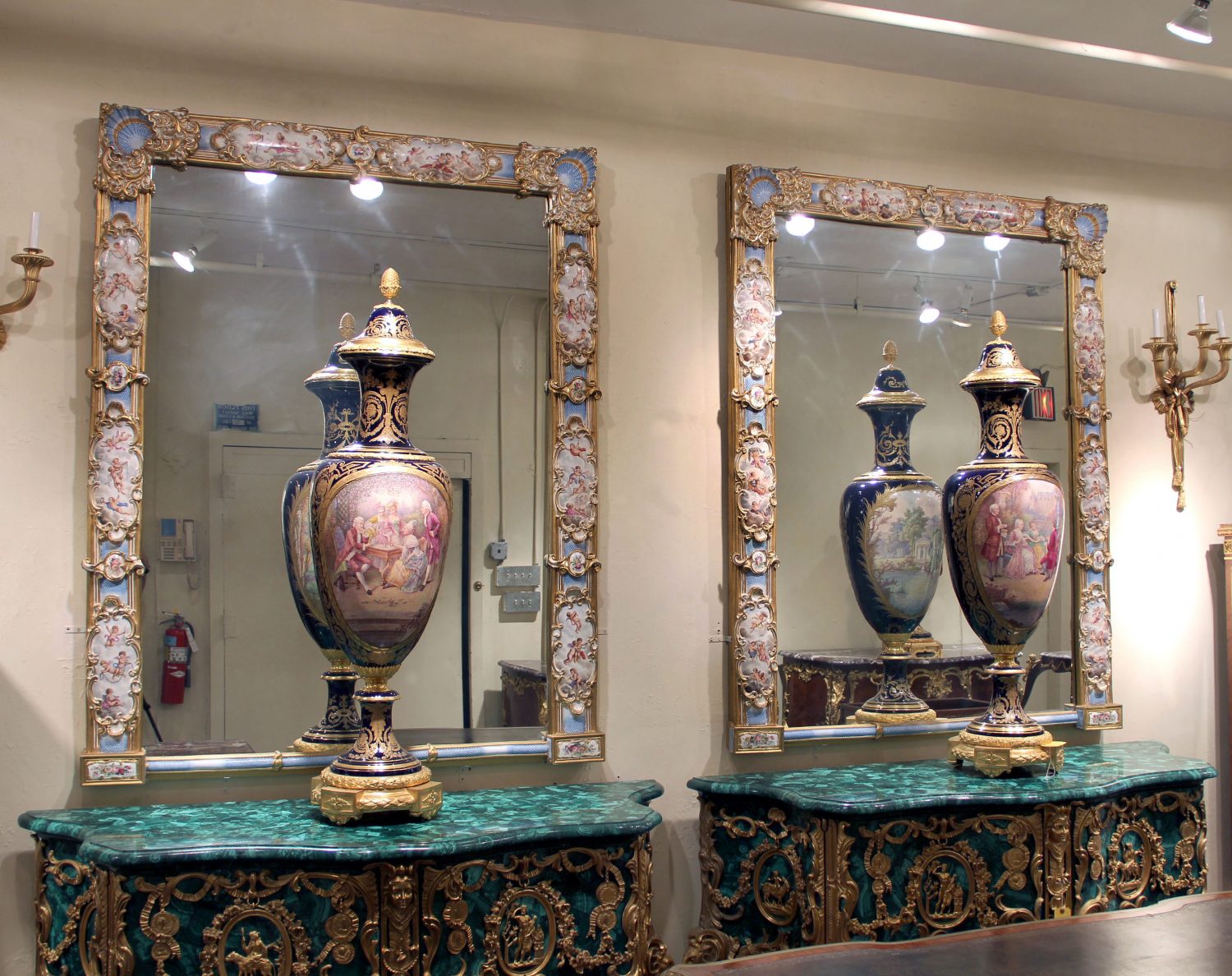 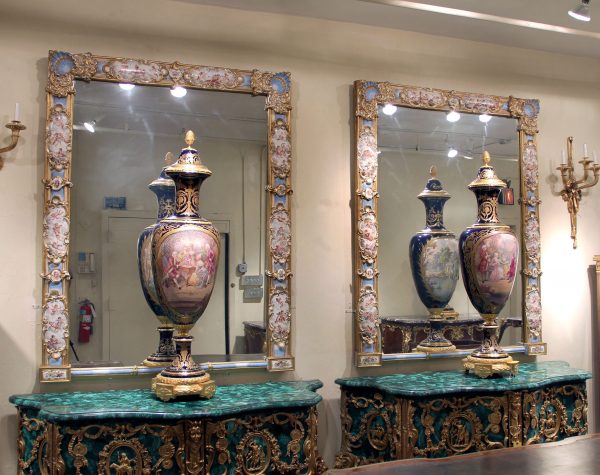 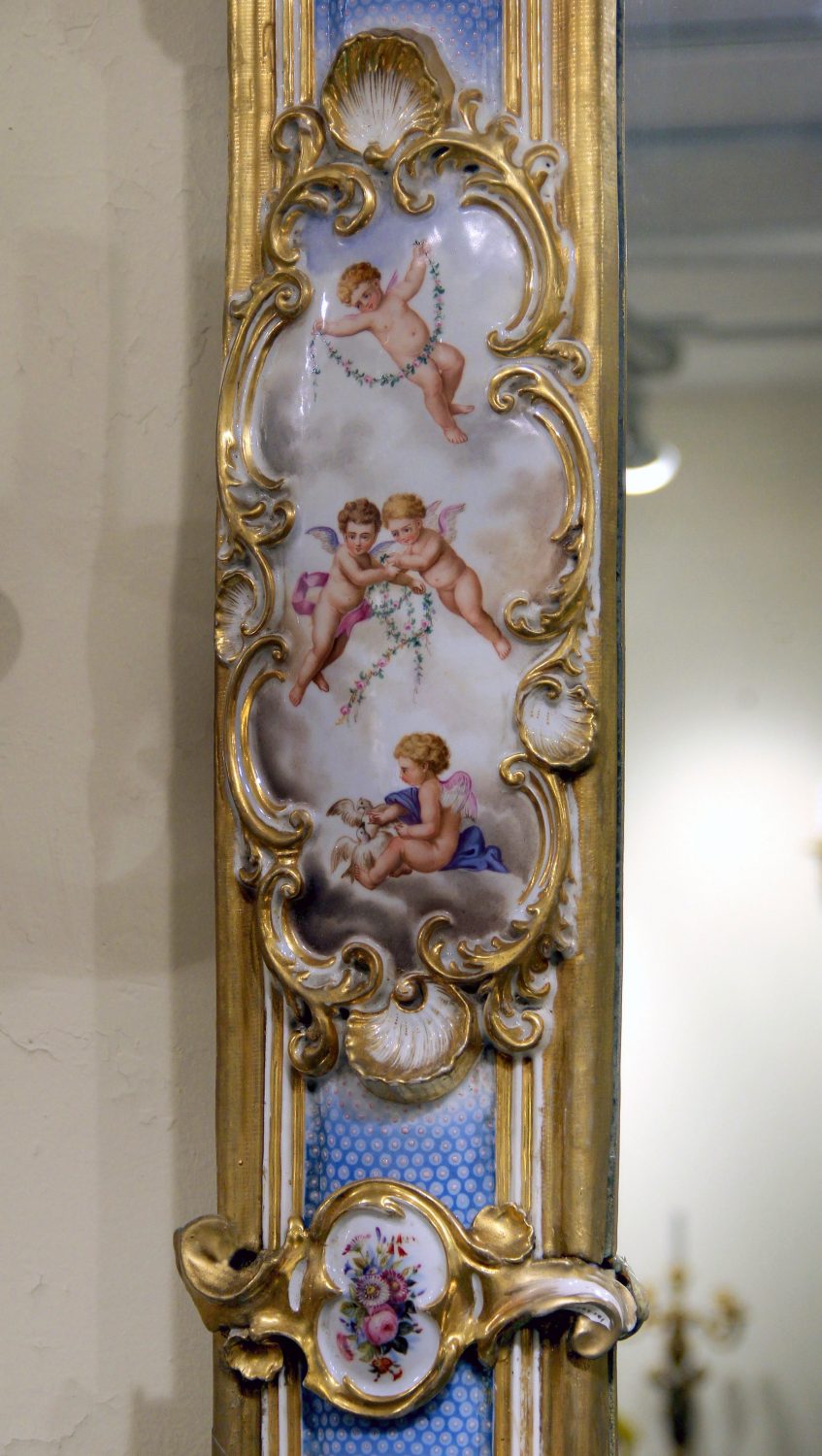 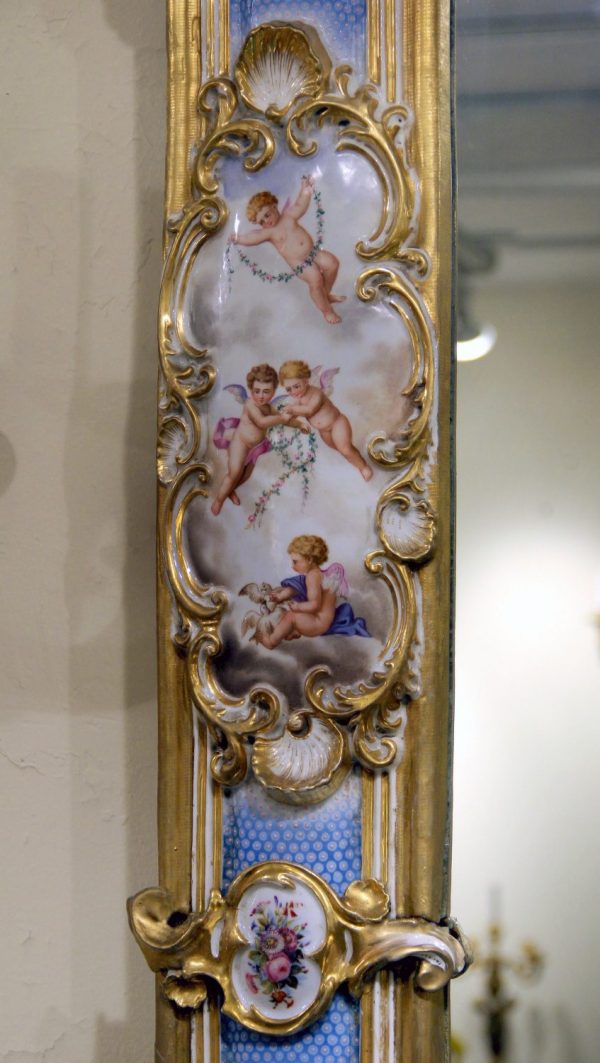 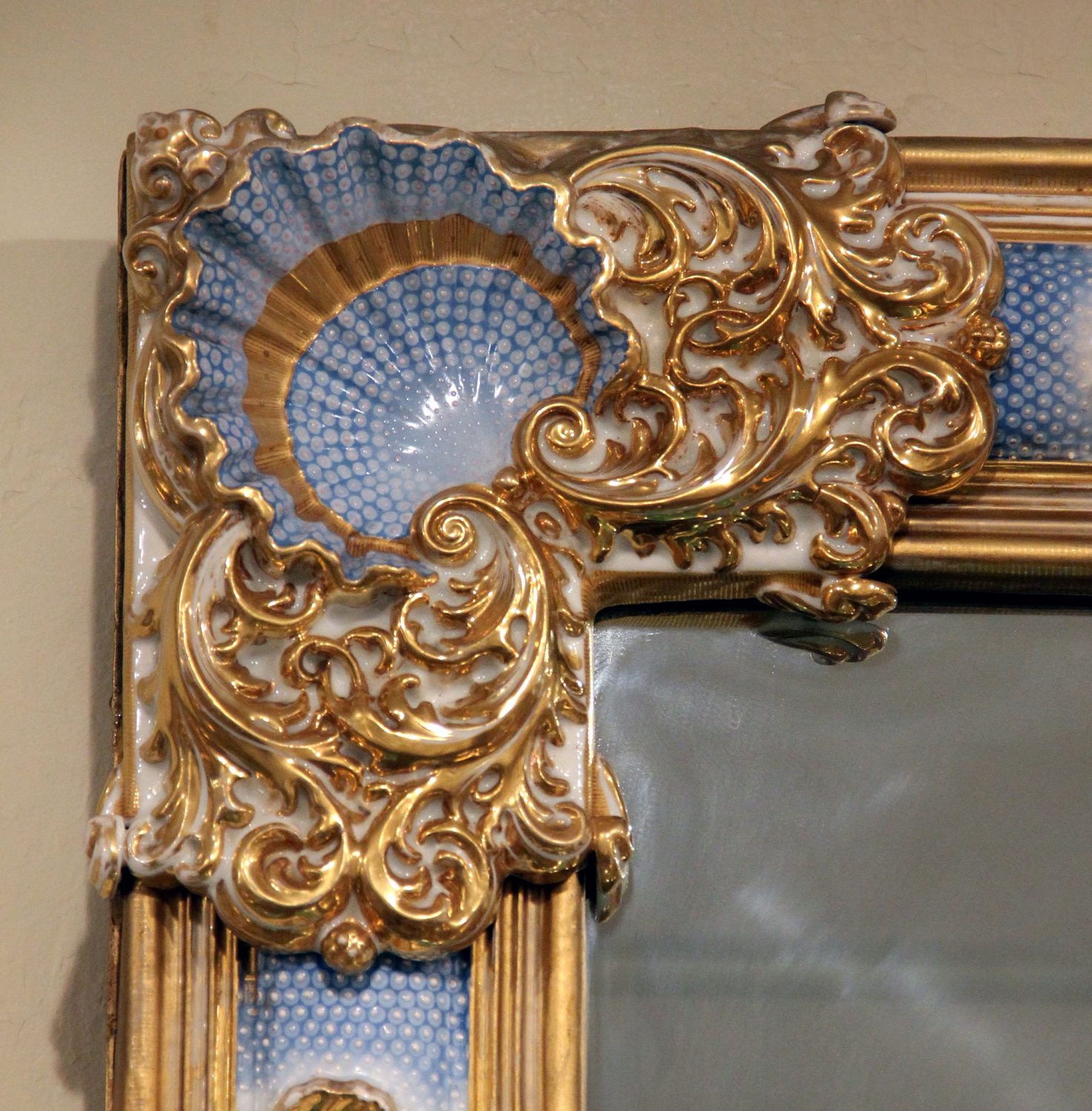 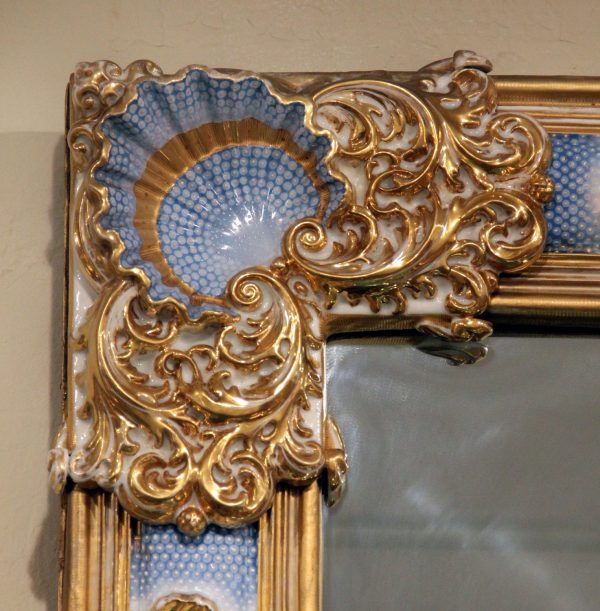 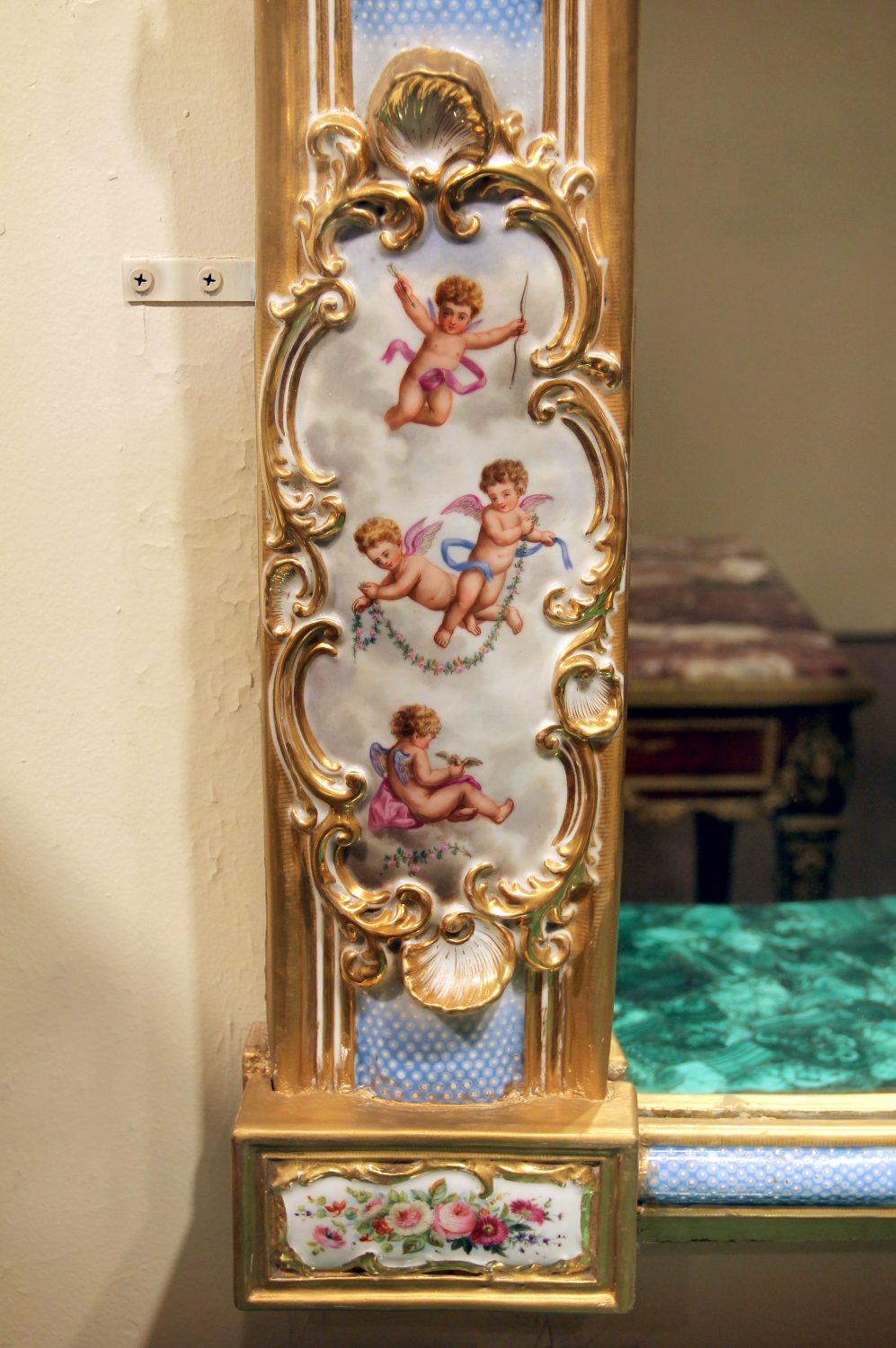 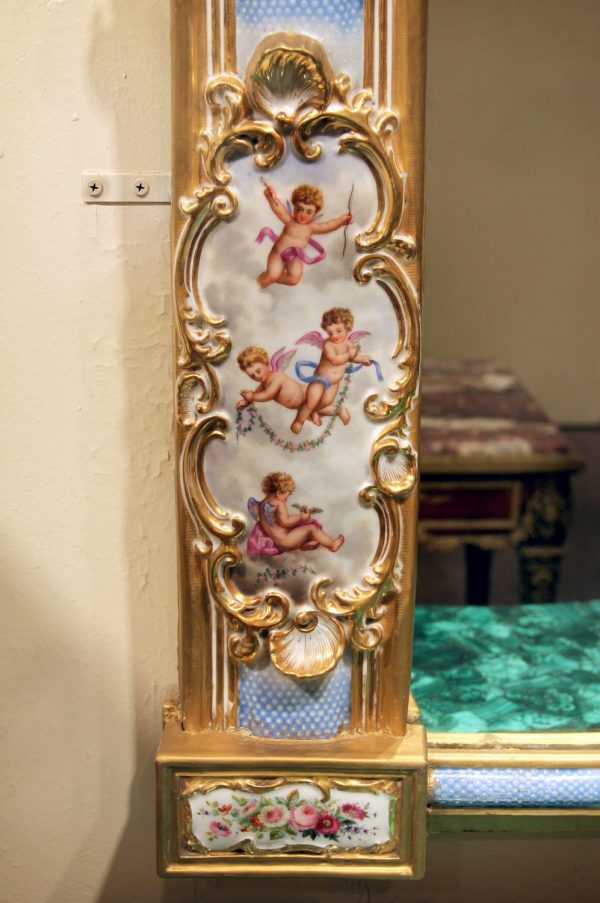 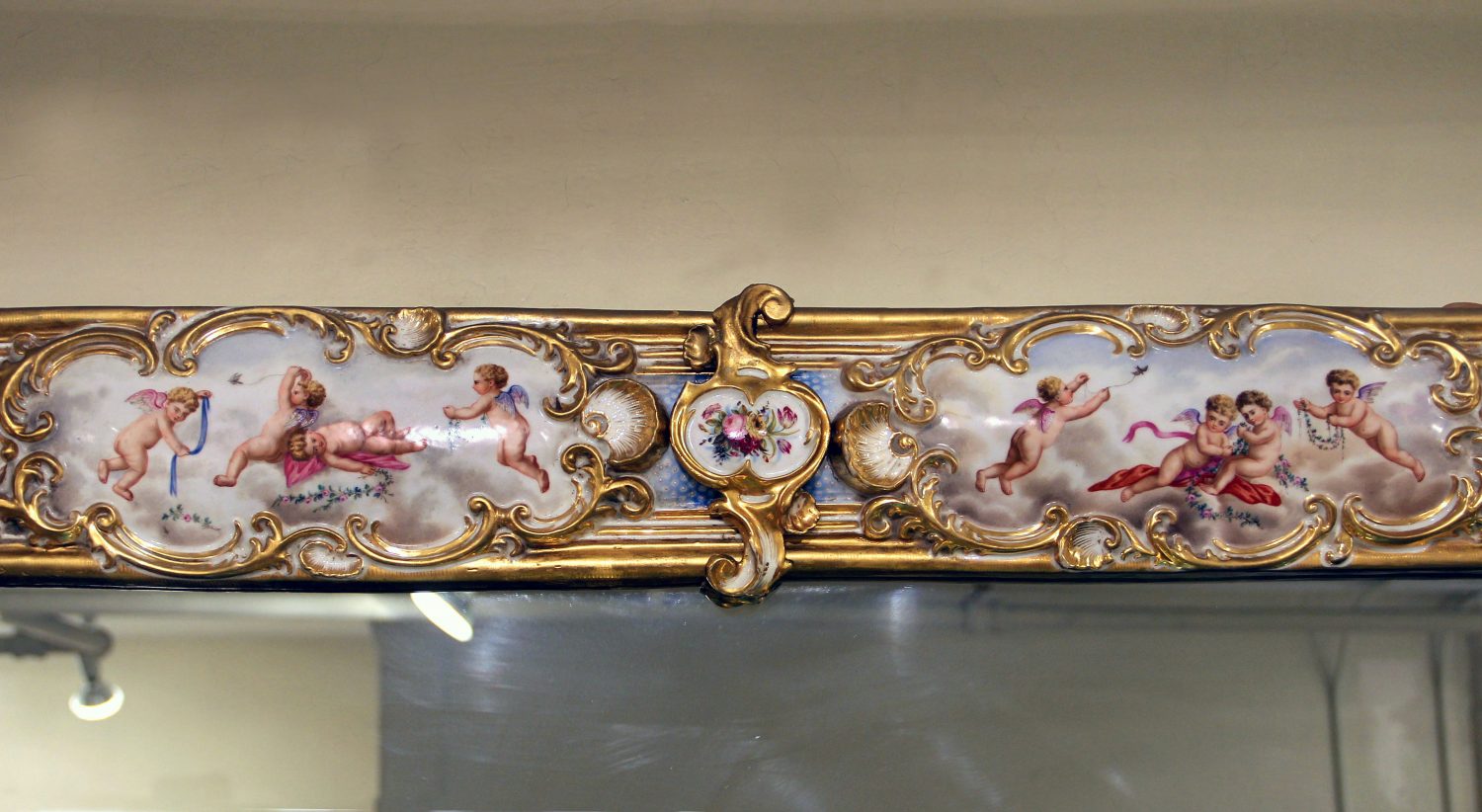 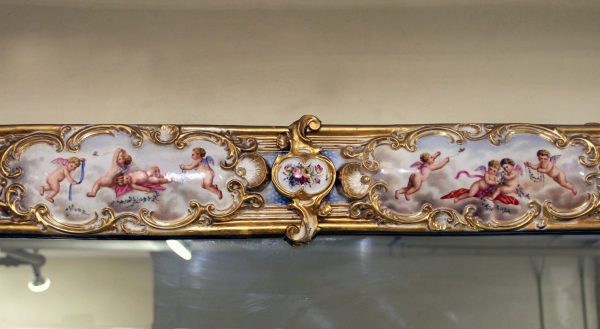 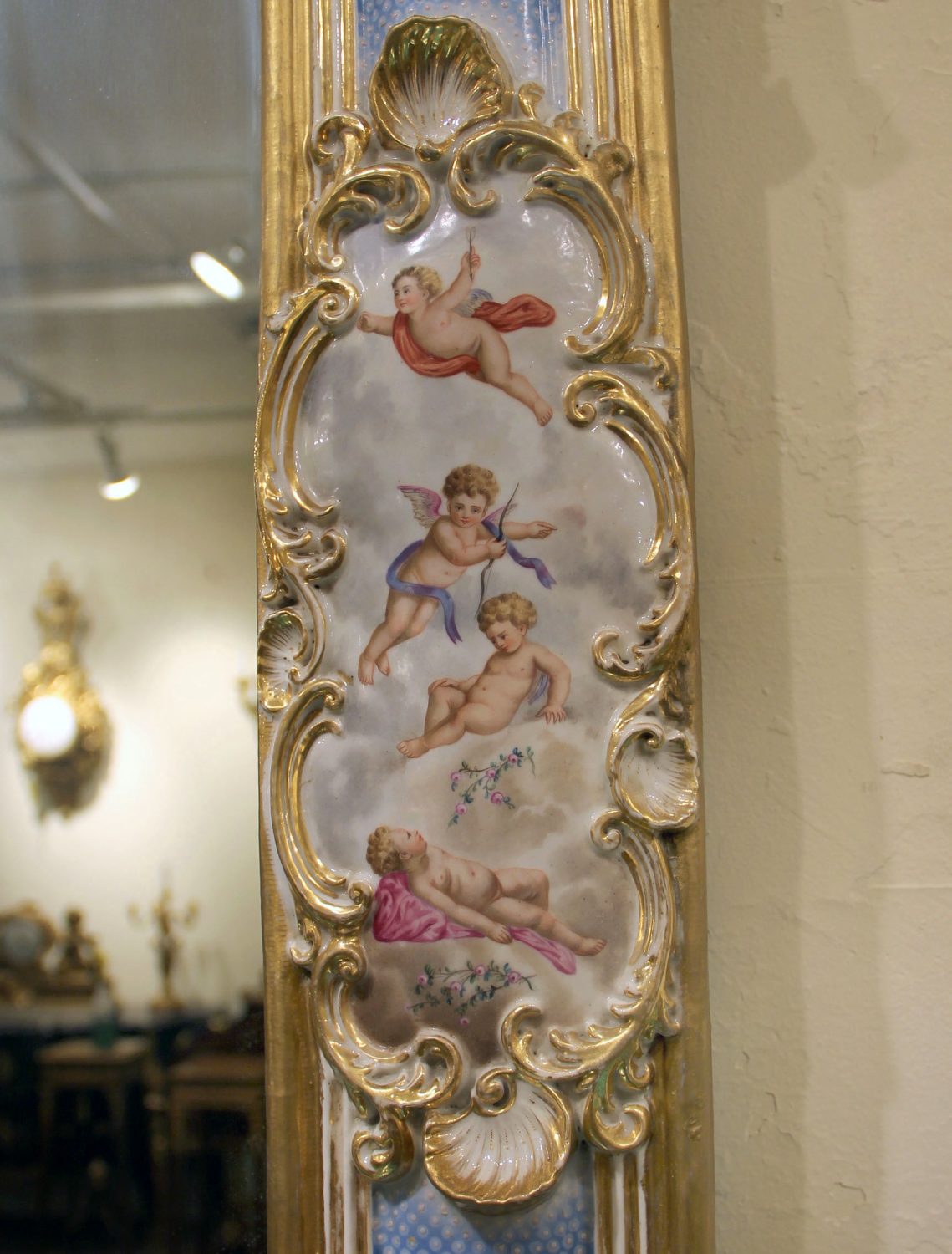 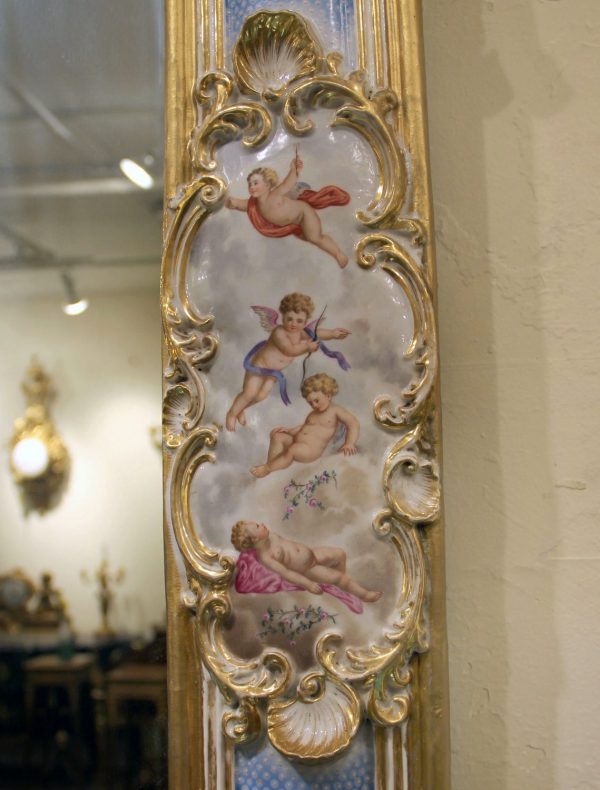 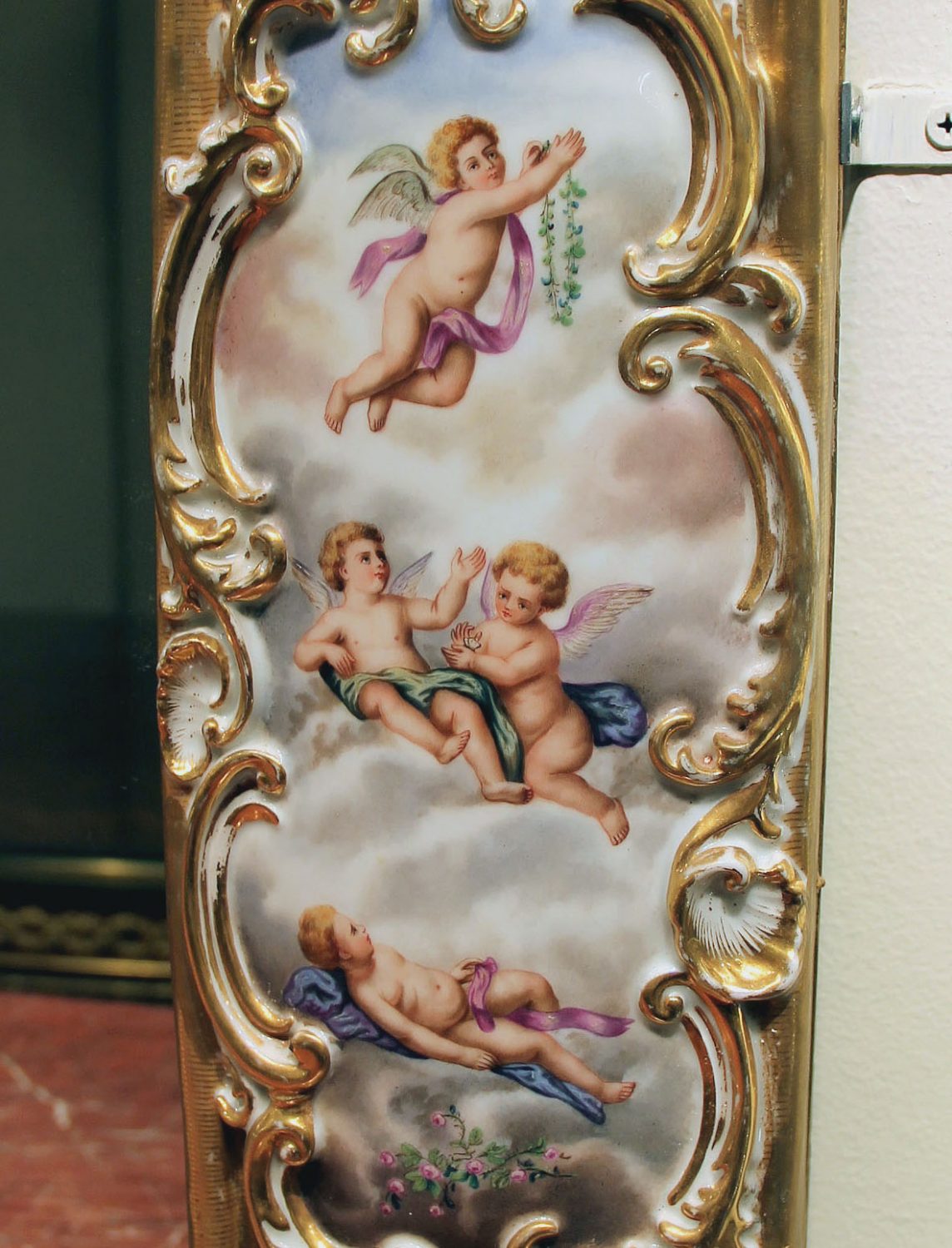 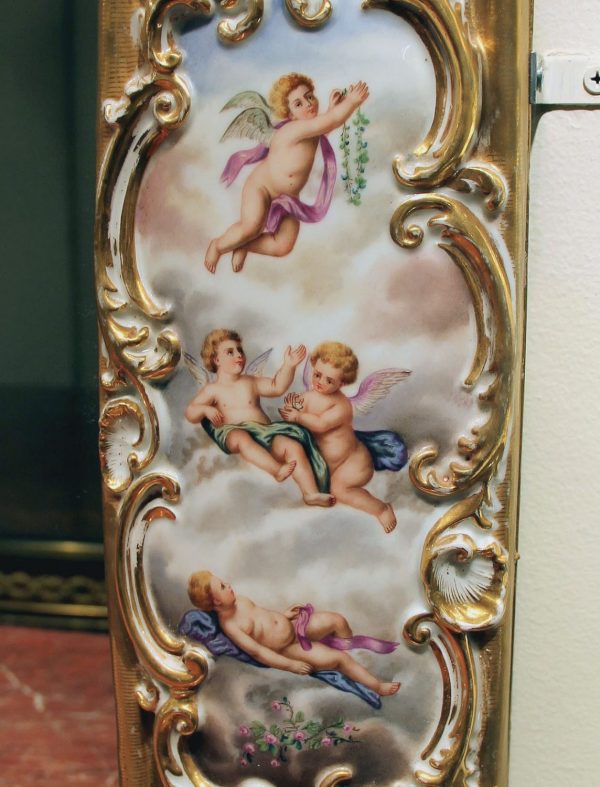 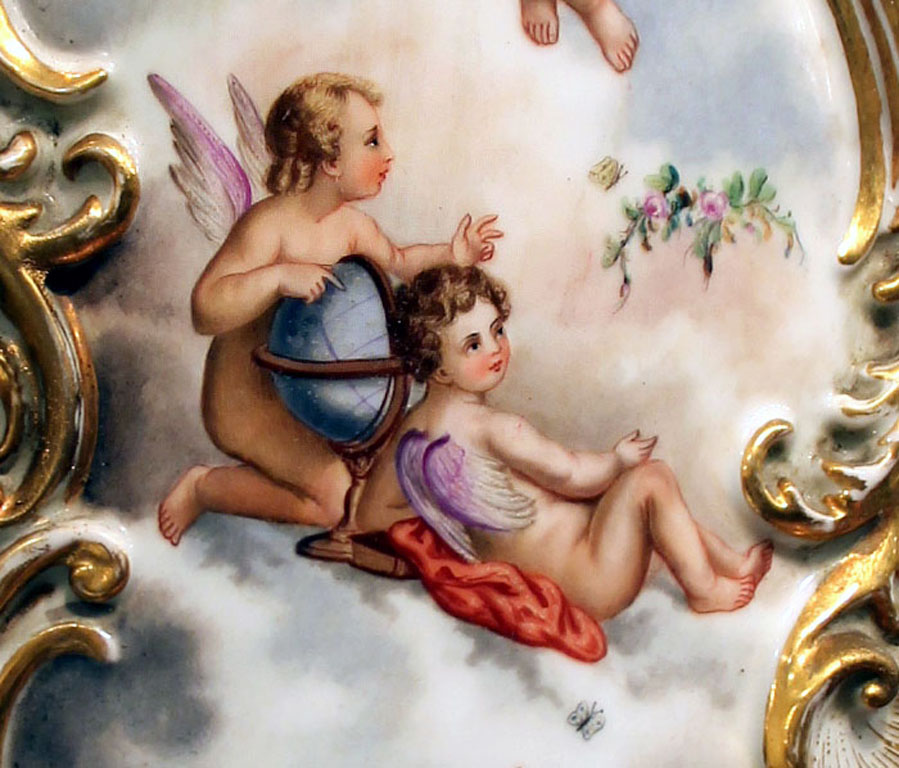 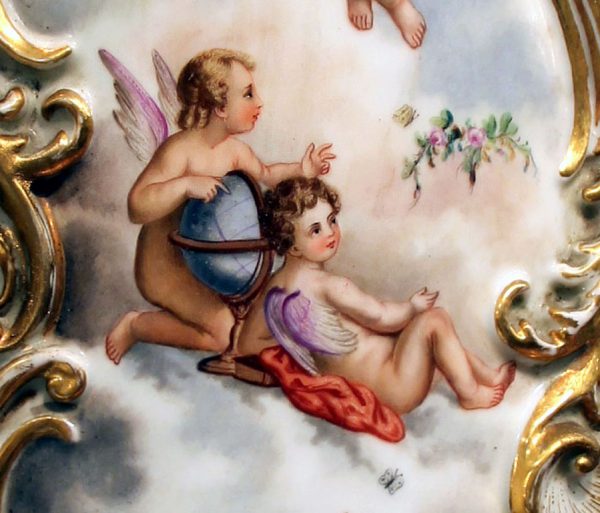 Each mirror is made up of over 20 fantastic individually hand crafted pieces of porcelain.  Eight beautiful unique plaques with scenes of cherubs and doves playing and frolicking, separated by floral paintings.  Intricately designed sea shells on the top corners. All on a giltwood back.