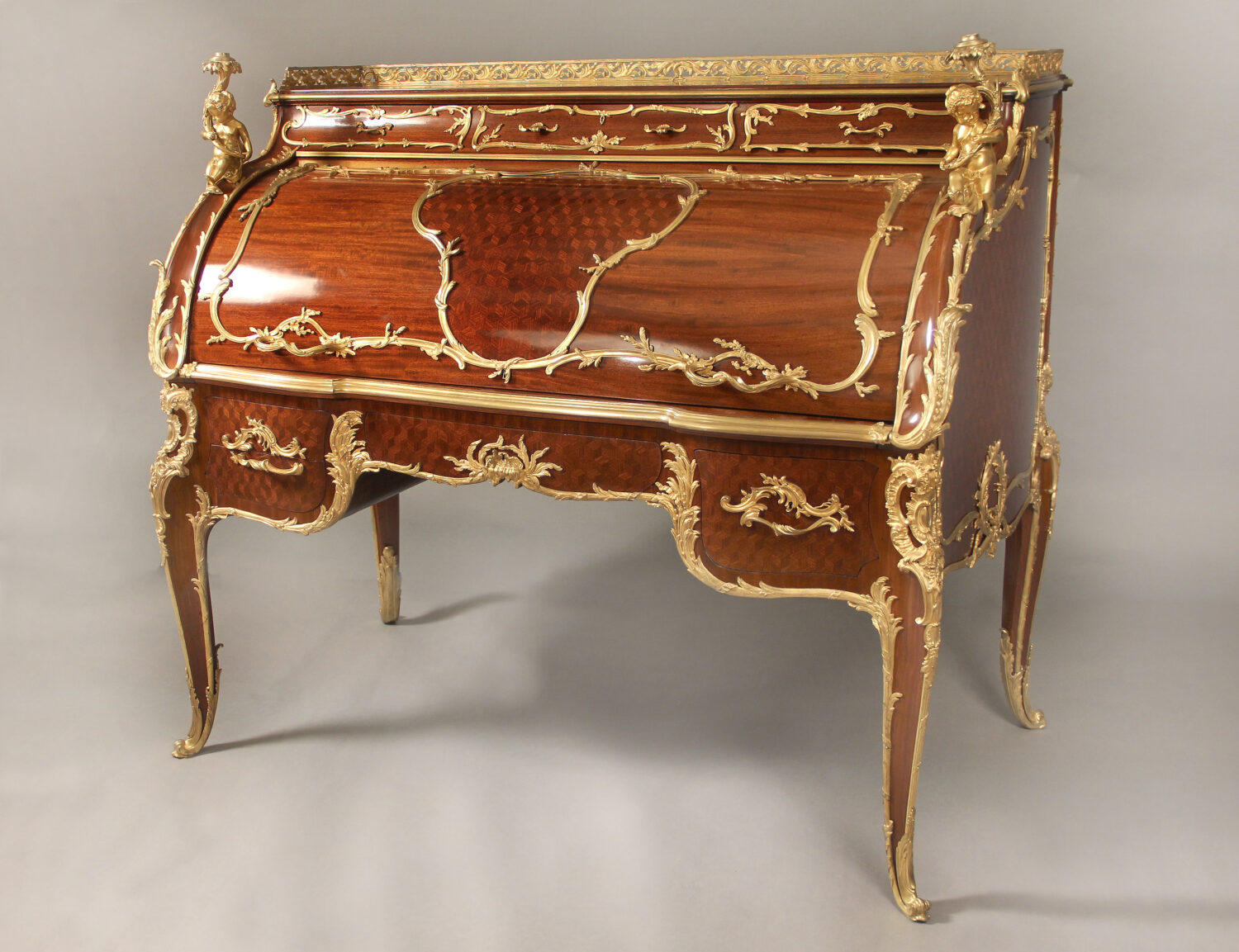 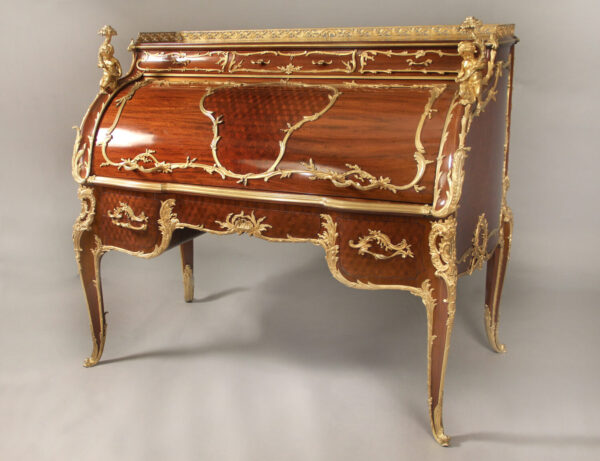 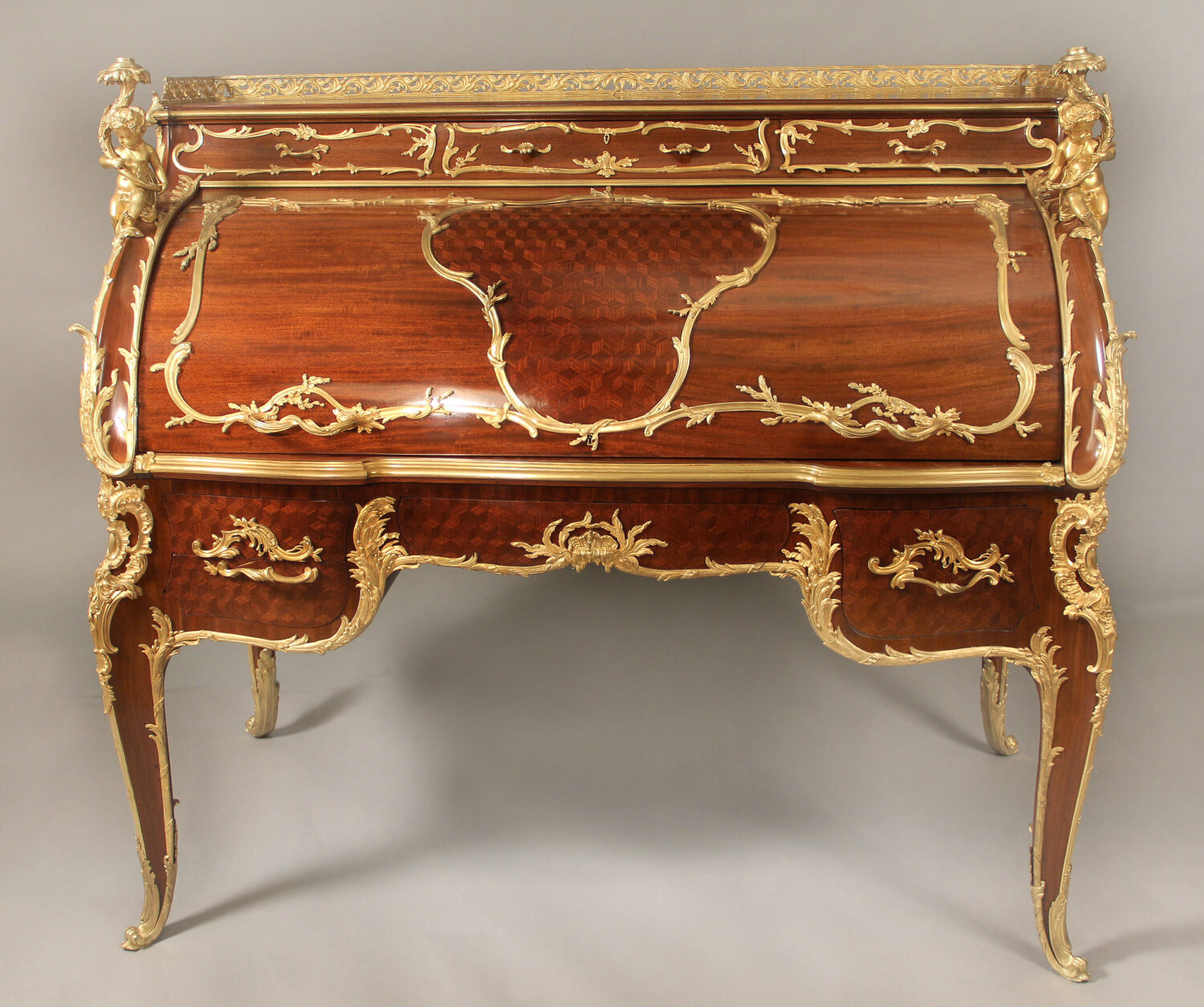 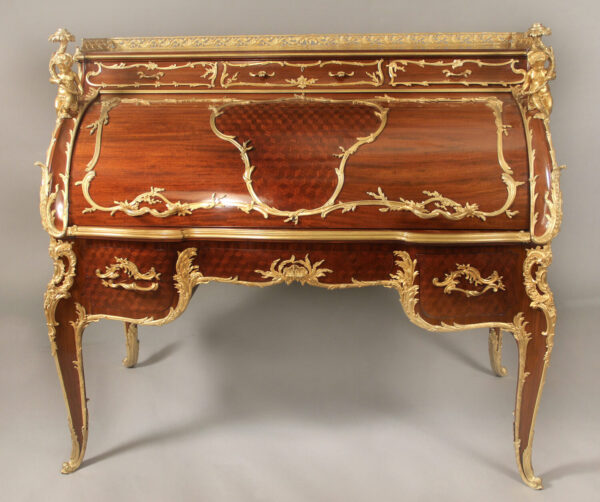 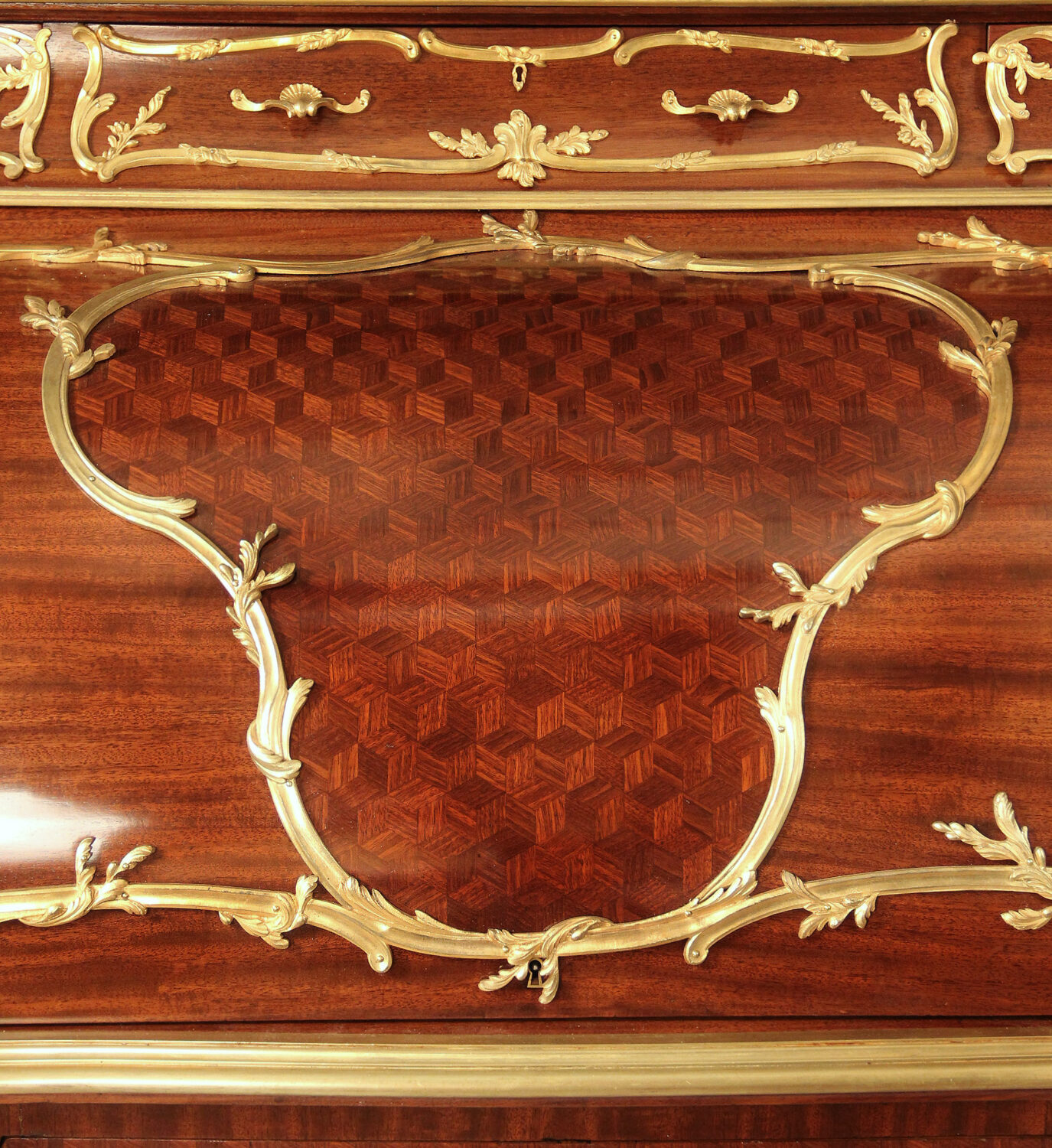 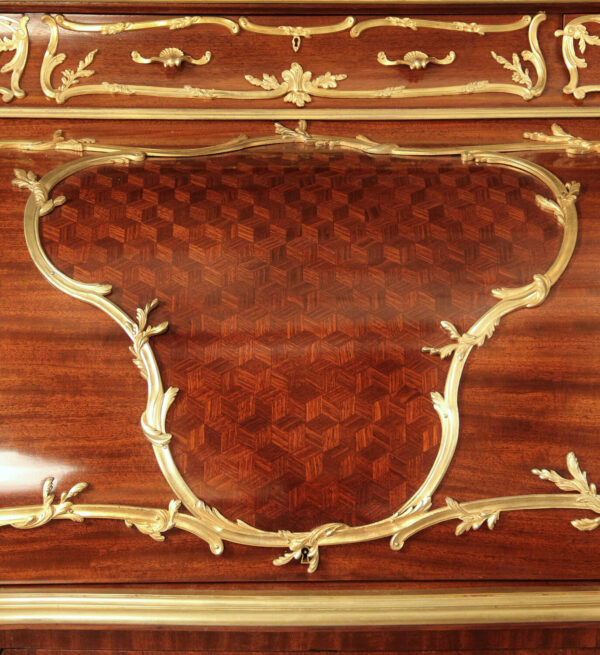 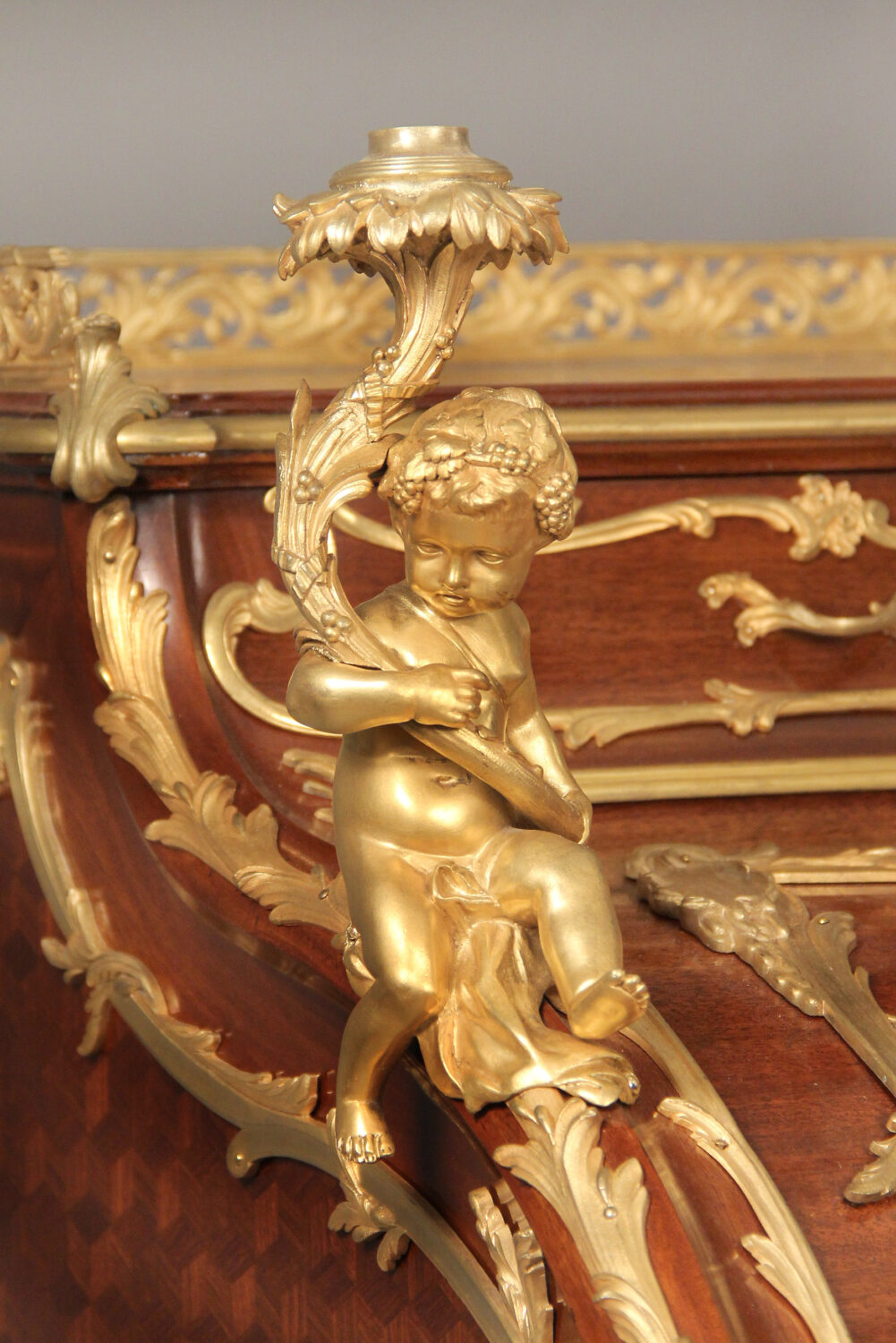 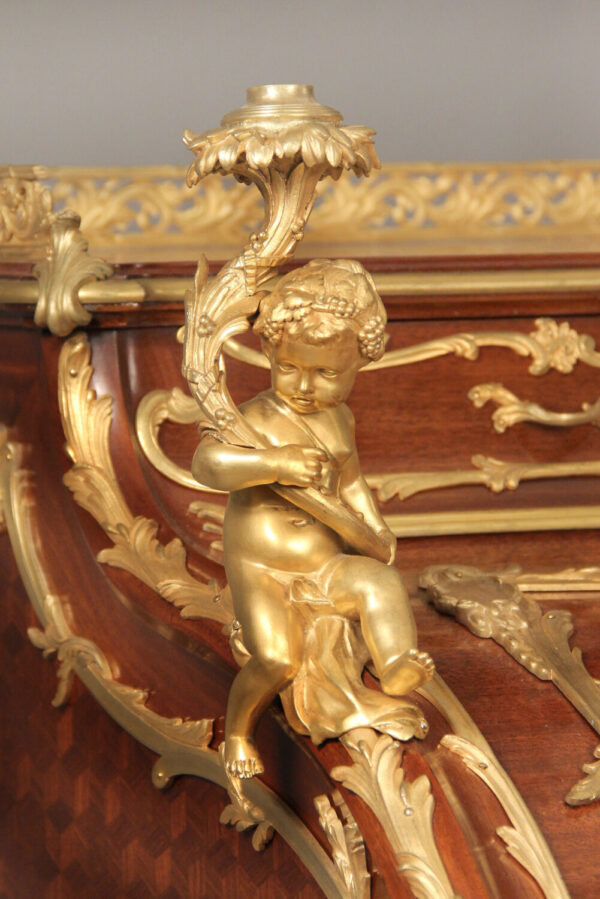 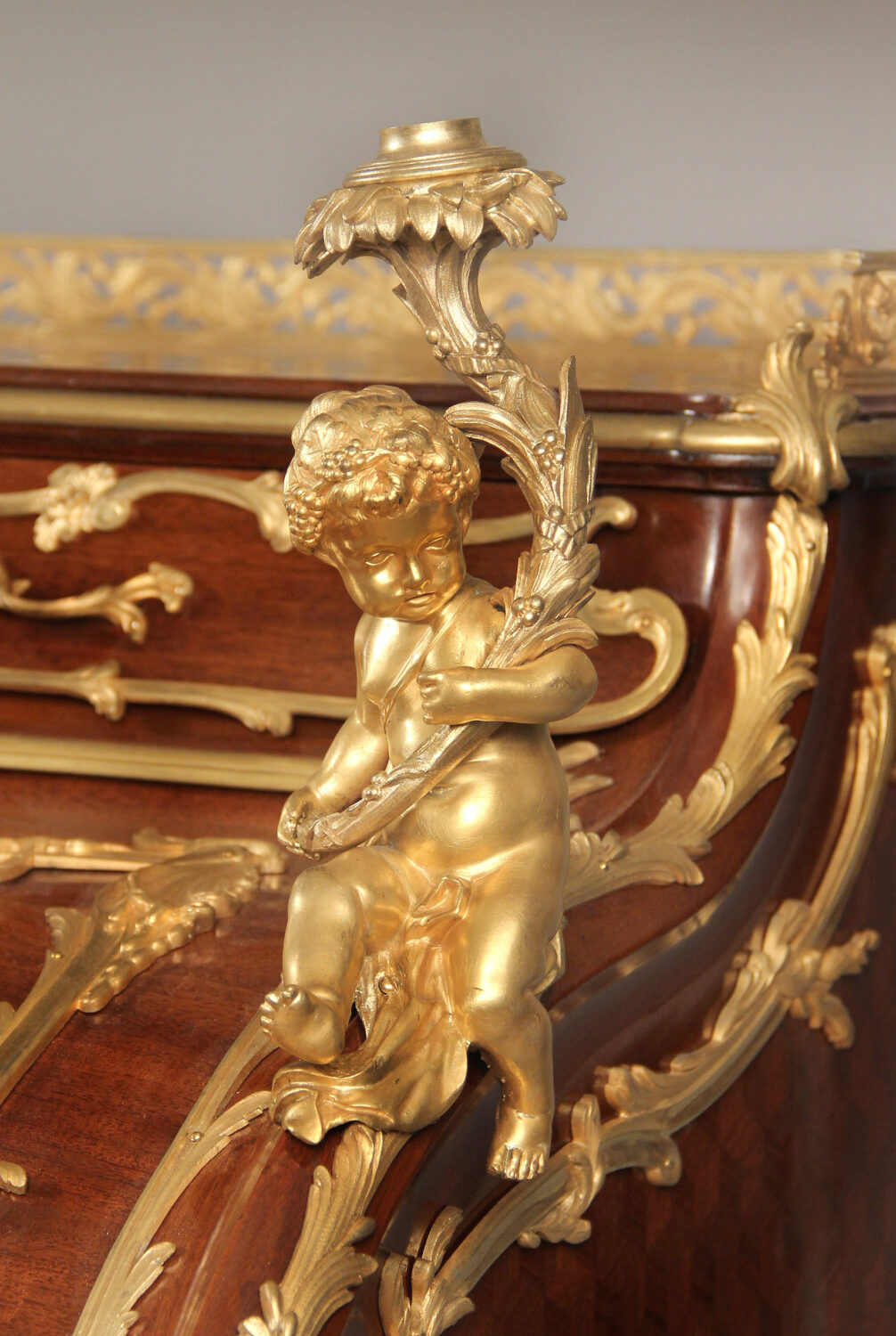 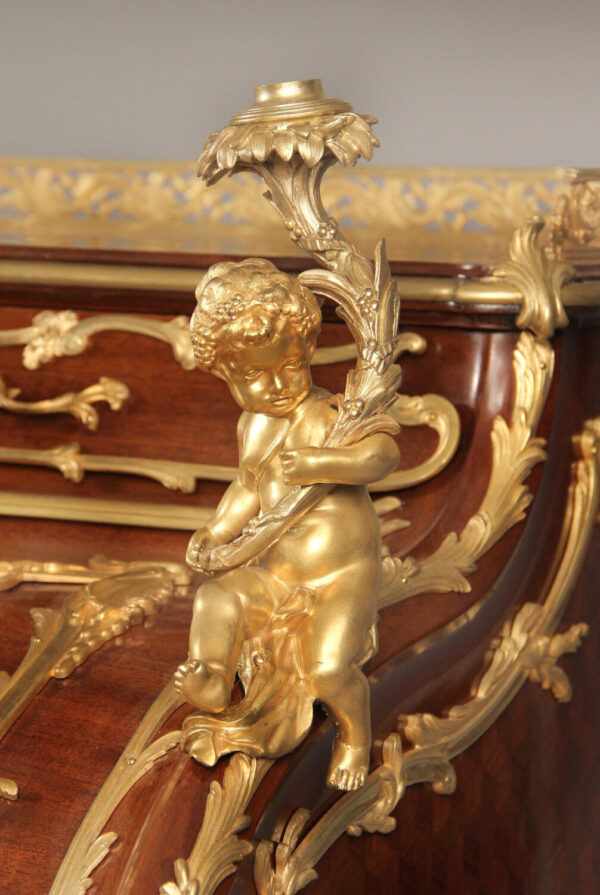 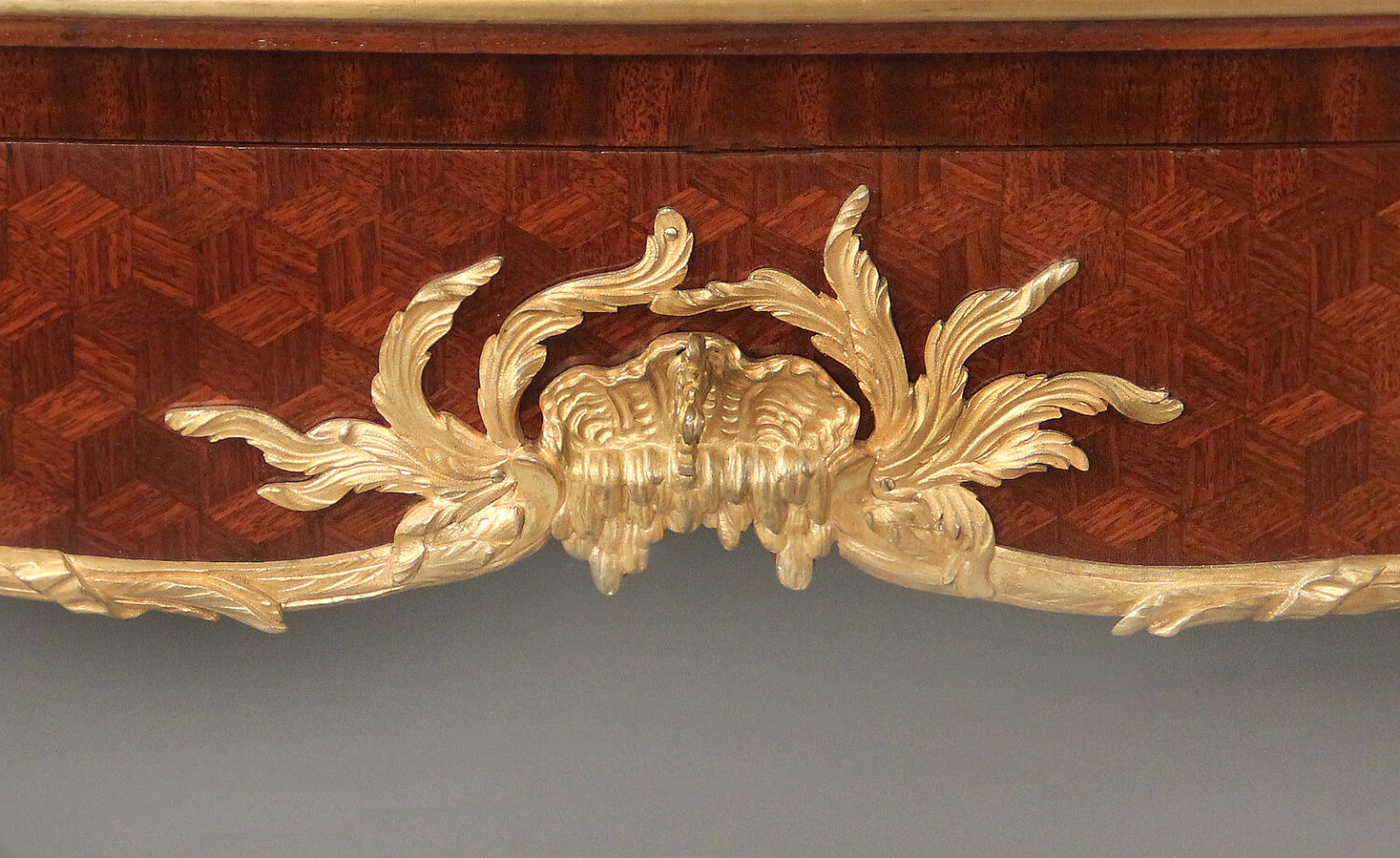 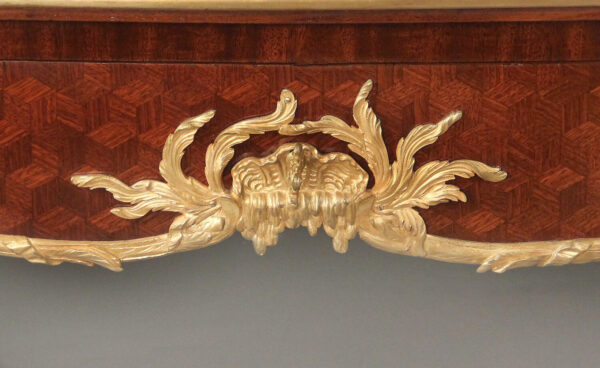 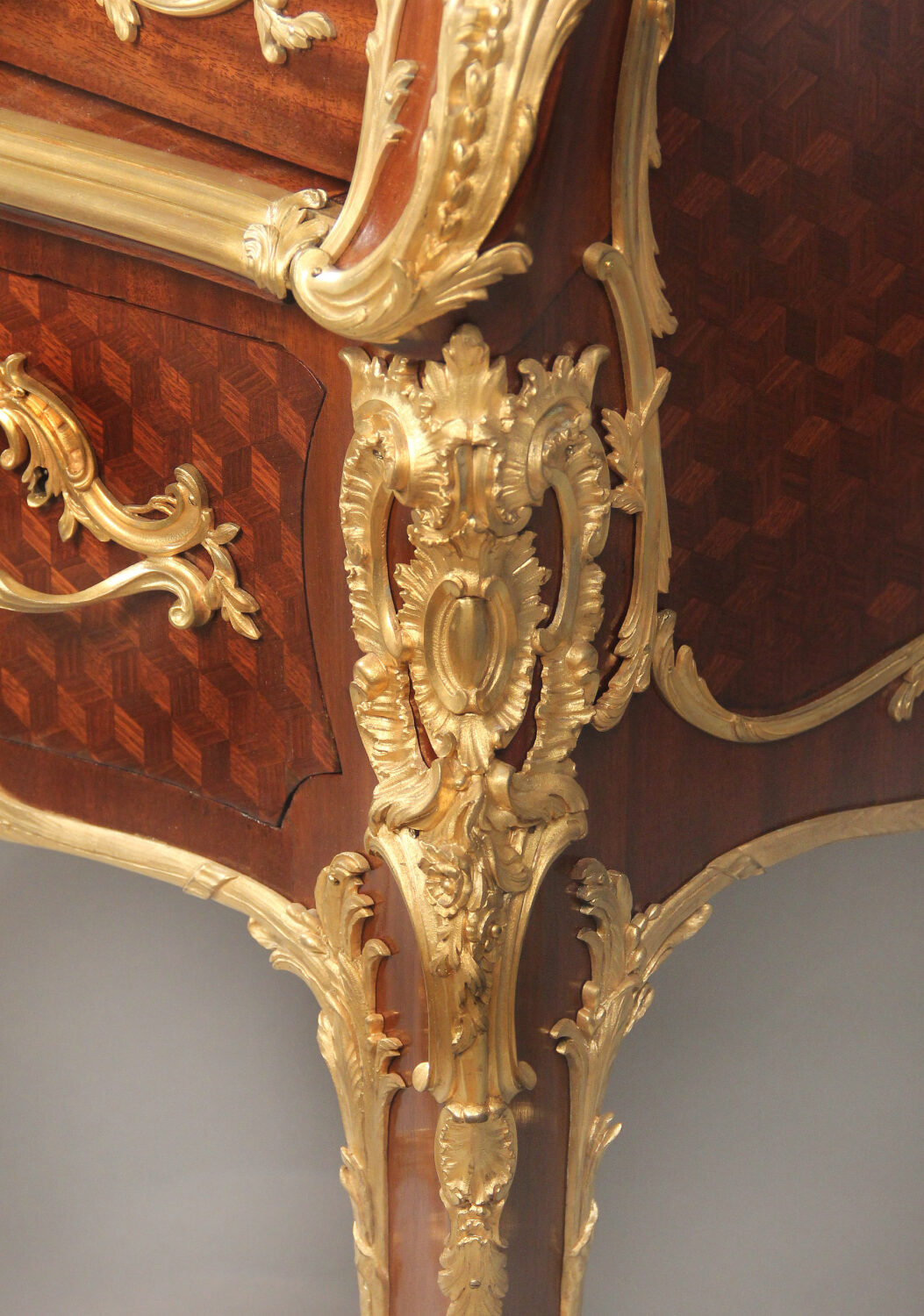 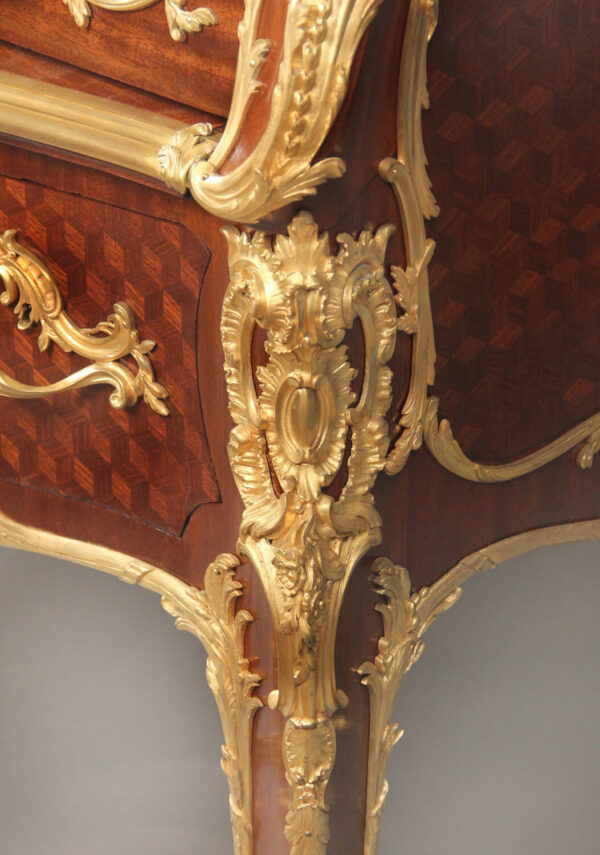 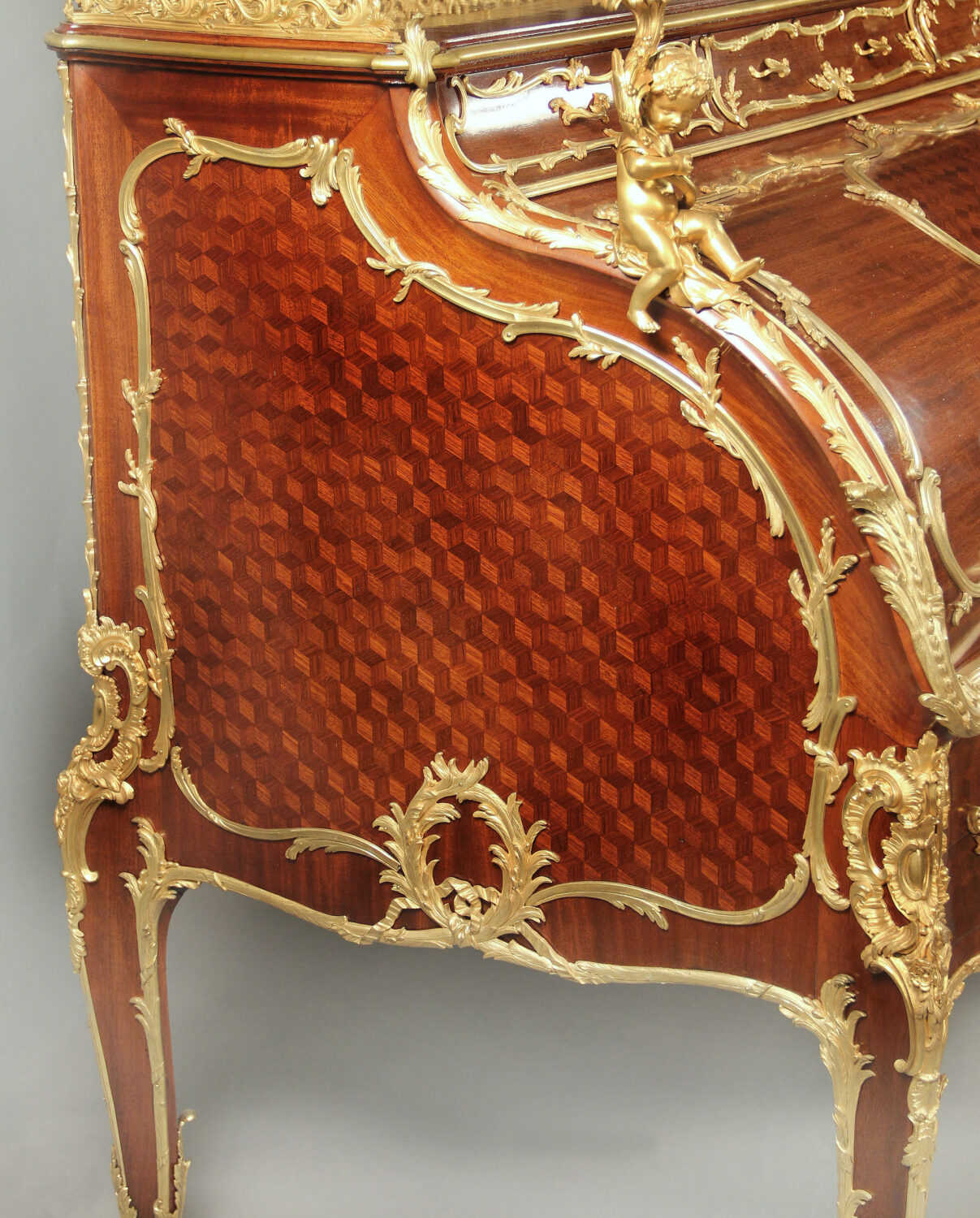 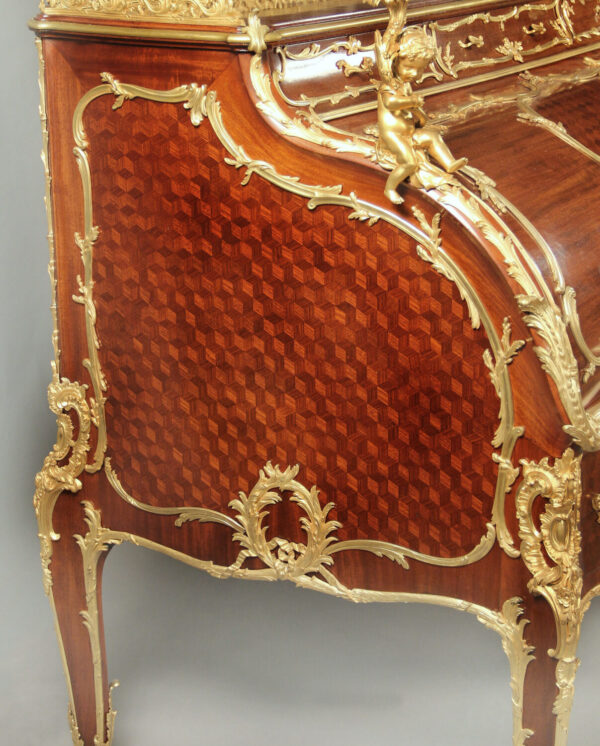 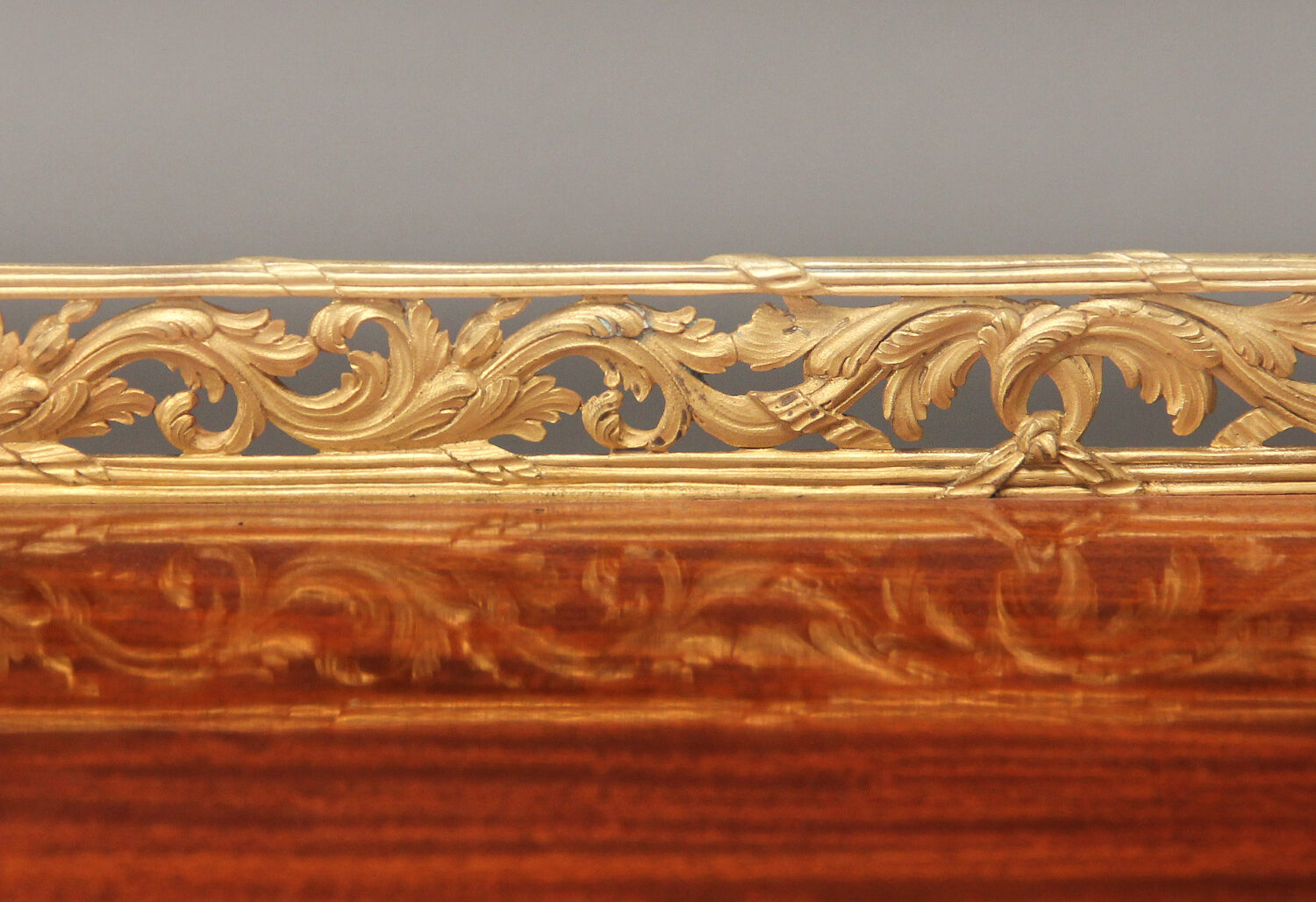 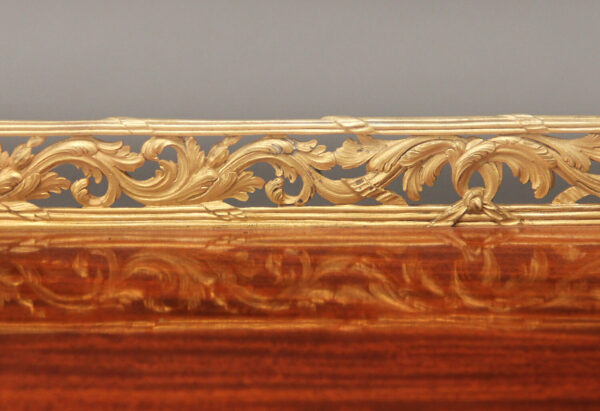 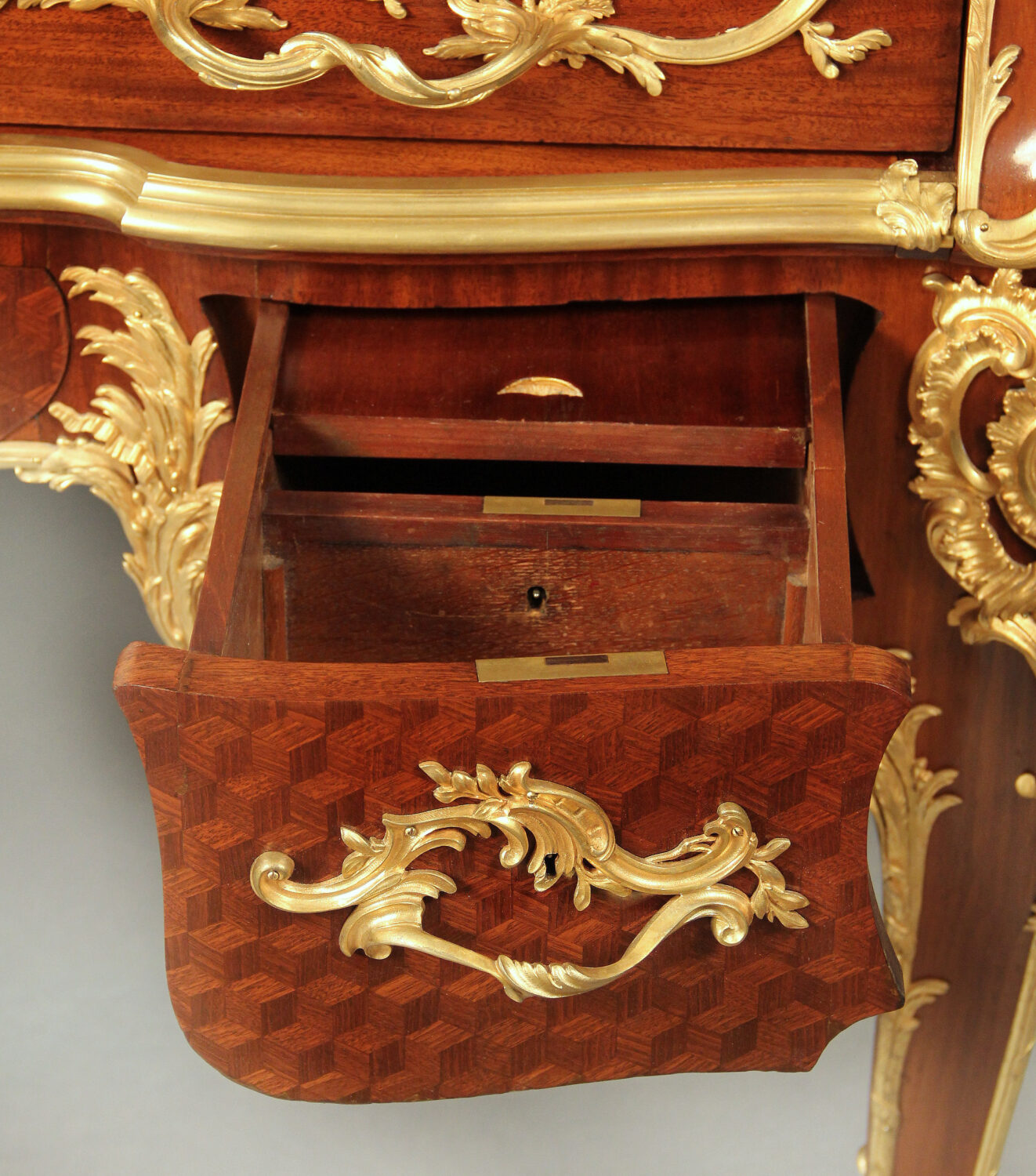 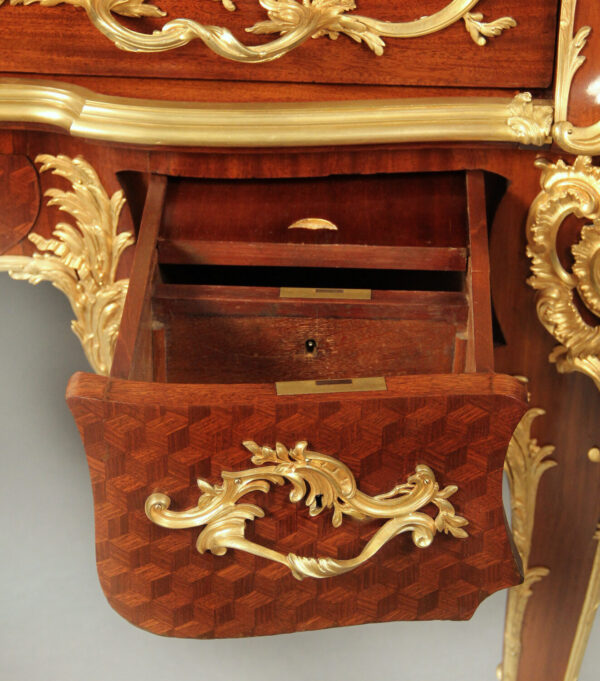 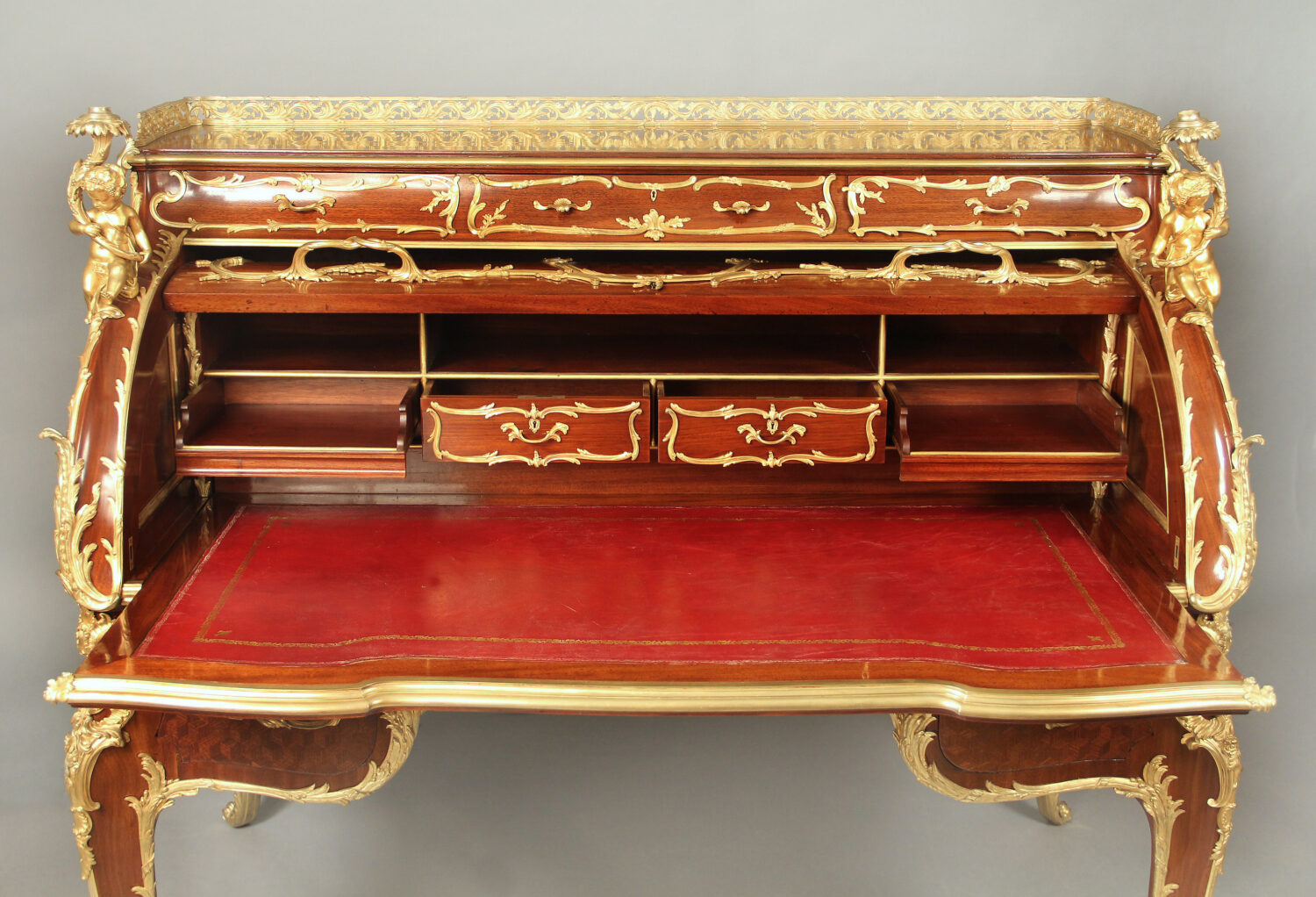 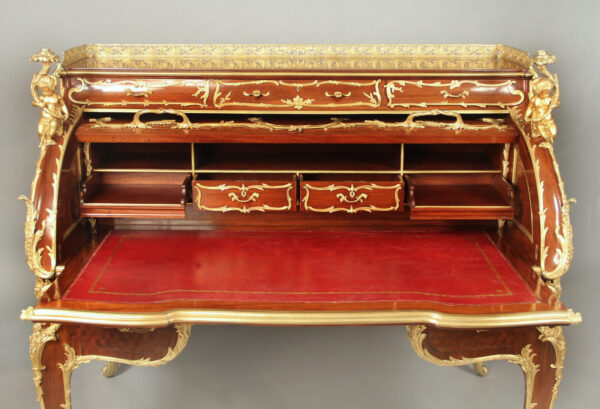 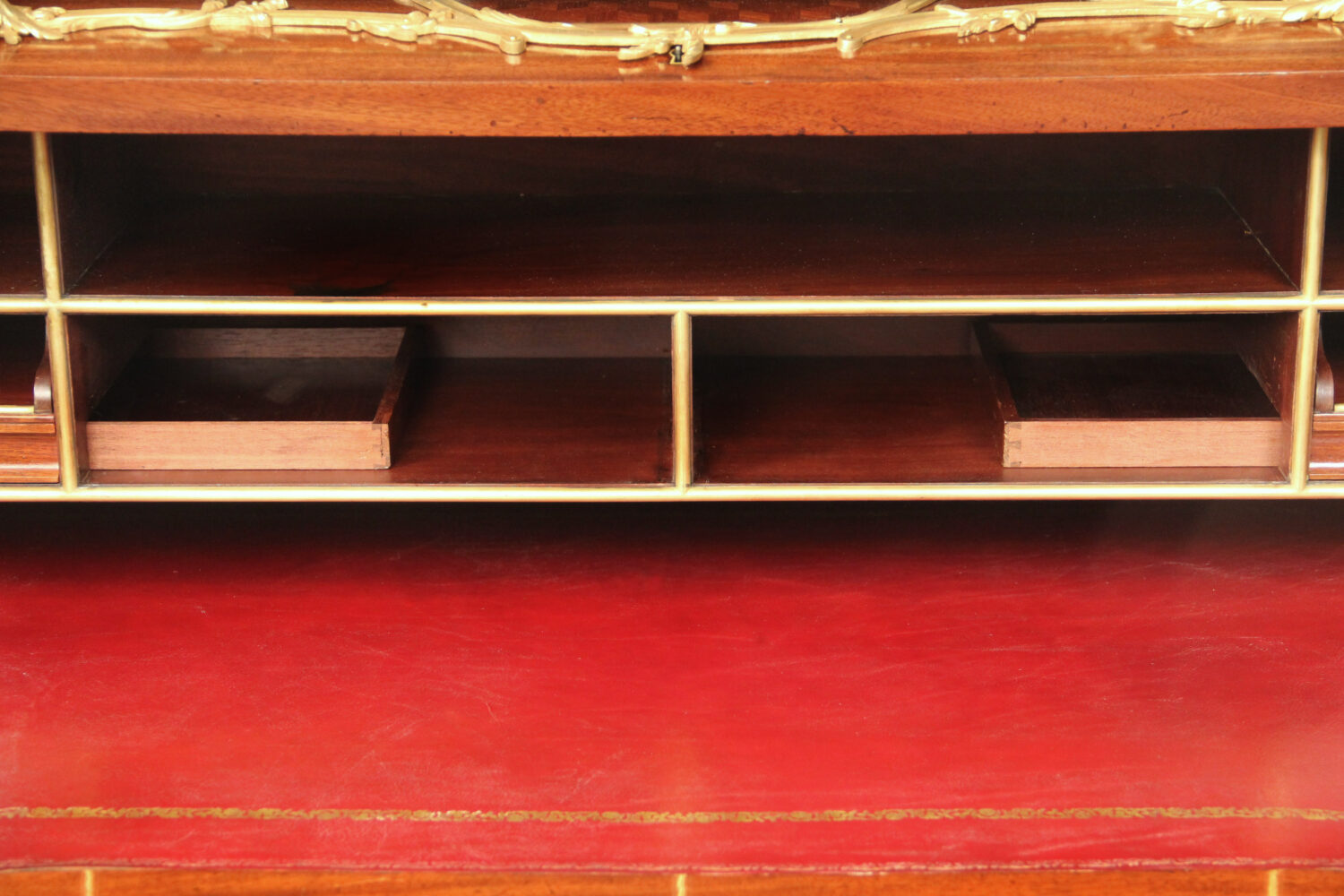 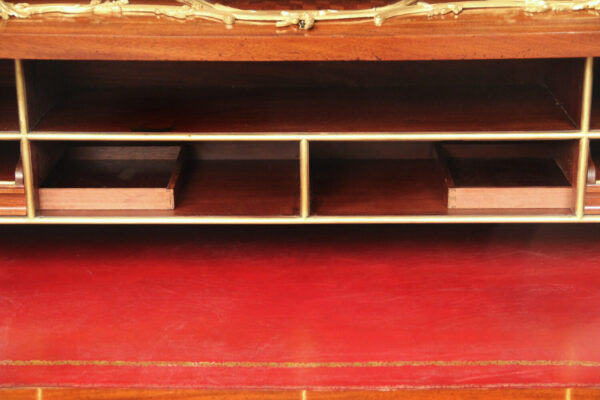 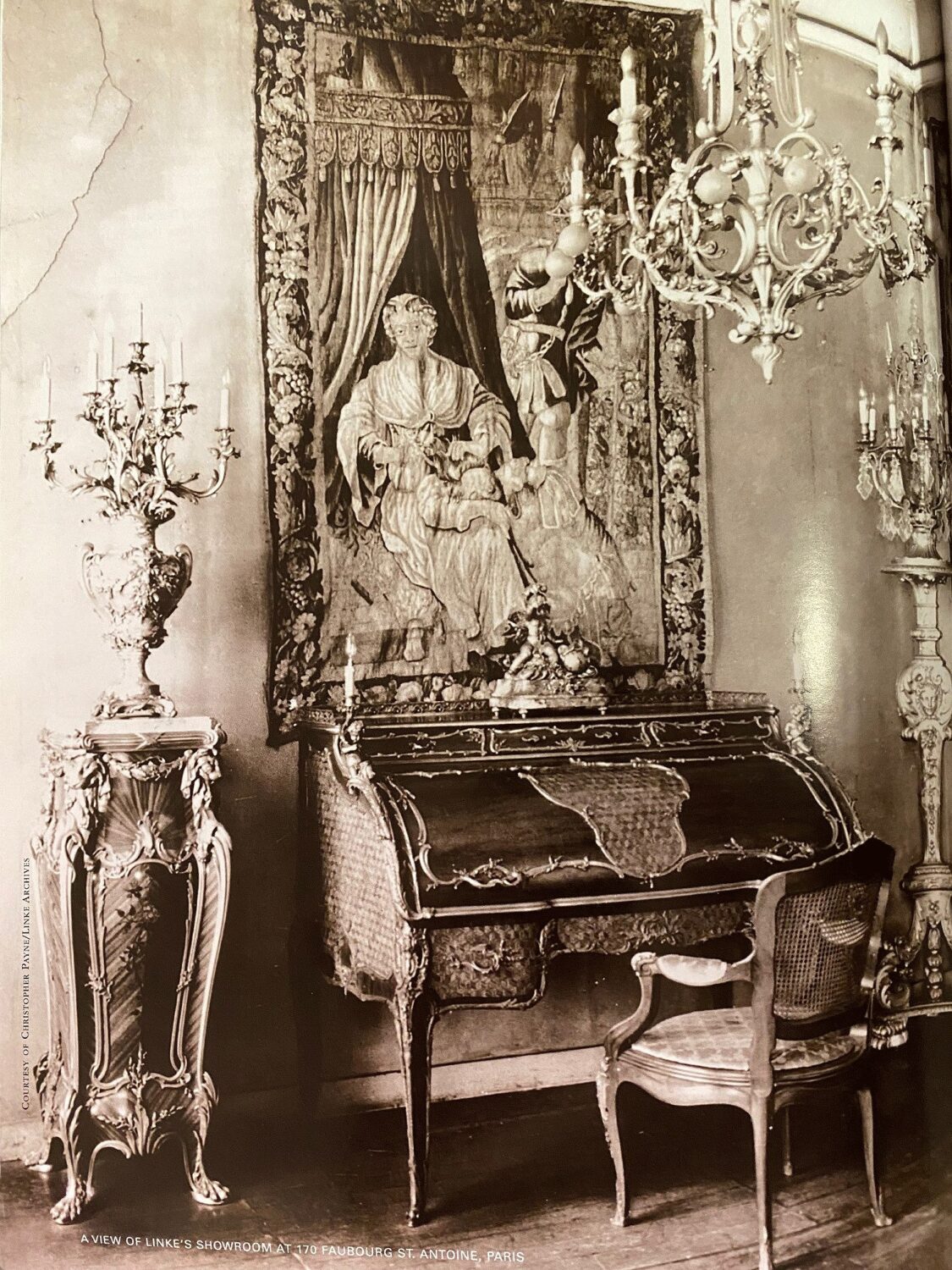 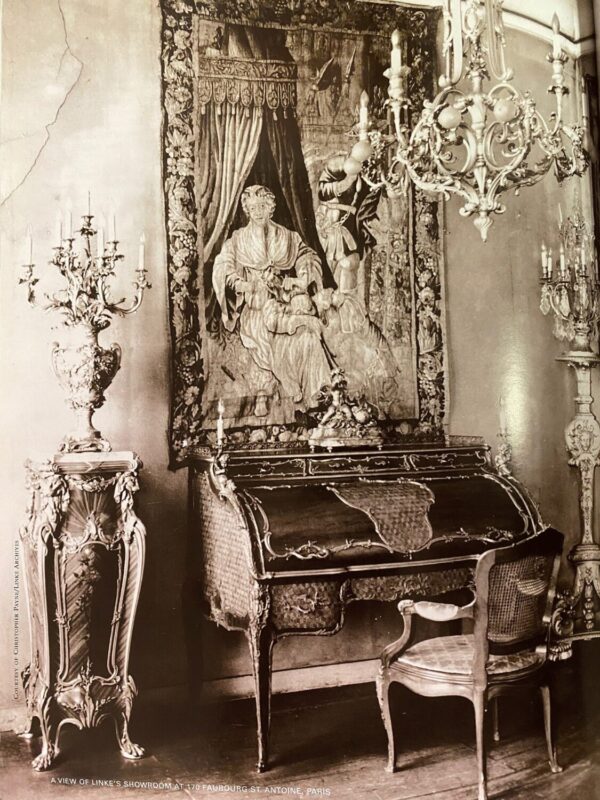 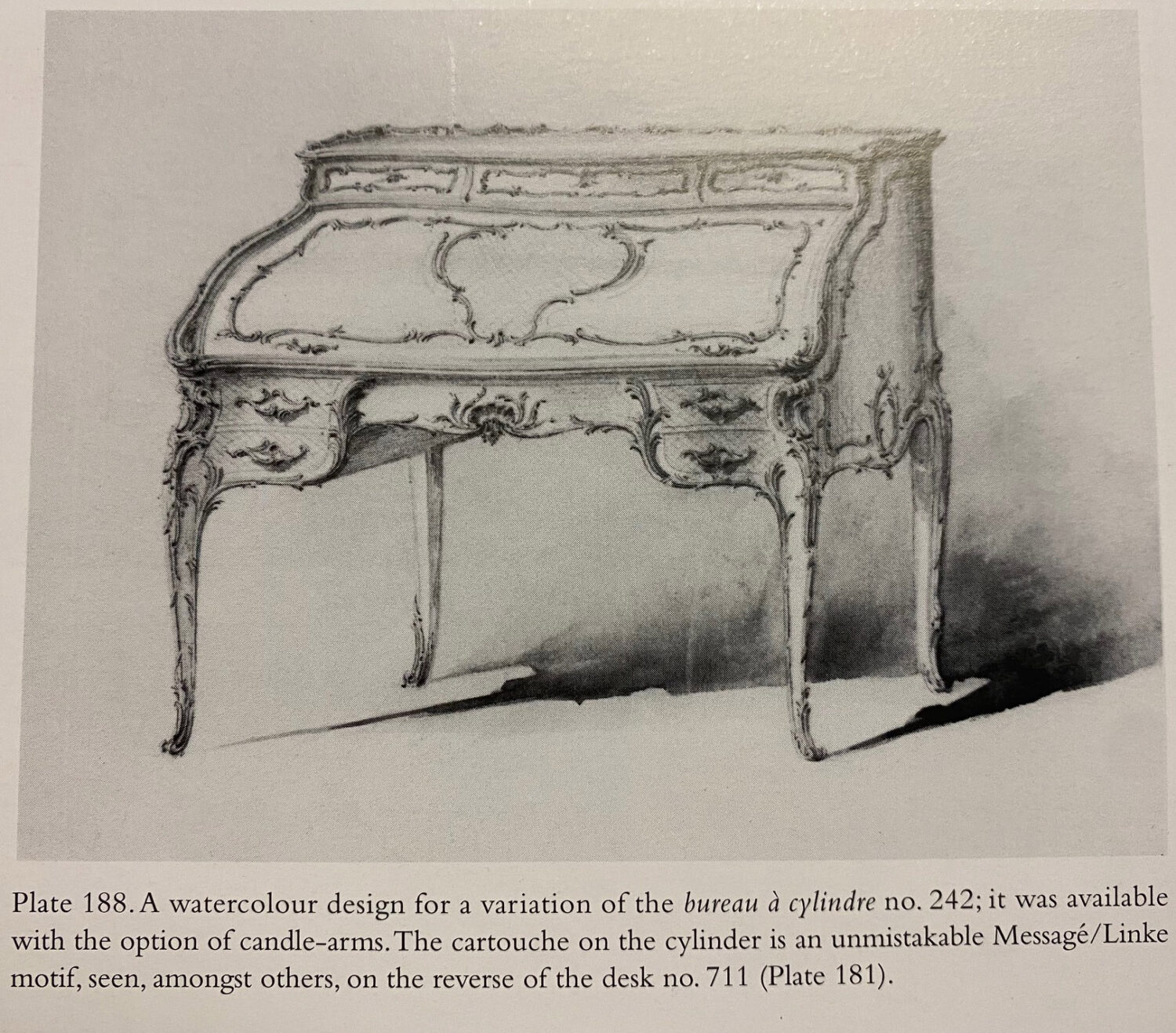 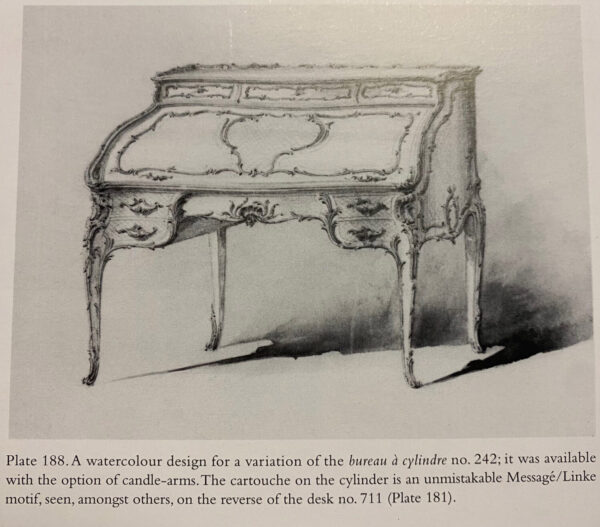 Surmounted by a pierced guilloche acanthus gallery above three frieze drawers and a tambour with a berried-laurel and shell-cast encadrement and handles with a central cartouche enclosing cube parquetry, the interior with pull-out gilt-tooled maroon leather-lined writing surface and fitted with three alcoves above two trays and two drawers, which if are completely pulled out of its encasing, will have two button spring releasing secret compartments, the angles headed by putti holding cornucopia candelabra, the sides with conforming frames and cube parquetry, above a central drawer with ‘crab’ escutcheon flanked to the left by a split drawer and to the right with a deep drawer fitted with a lift-out tray and coffre fort, on cabriole legs headed by pierced rocaille-cast clasps running to scrolled sabots.

Stamped FL to the underside of the bronze mounts and the locks stamped CT LINKE / SERRURERIE / Paris with the number 242.

The original model of this bureau was first exhibited in Linke’s Salon des Industries du Mobilier, which he served on the judging panel, and then at his stand at Earls Court in the 1902 London Exhibition, smartly named “Paris in London”. Linke went on to win a gold medal for his superb display, which included many never before seen pieces.

A water color design, without candelabra, is pictured on page 174 and this exact model from Linke’s showroom at 170 Faubourg St. Antoine, Paris on page 422 in “François Linke 1855-1946 The Belle Epoque of French Furniture” By Christopher Payne.