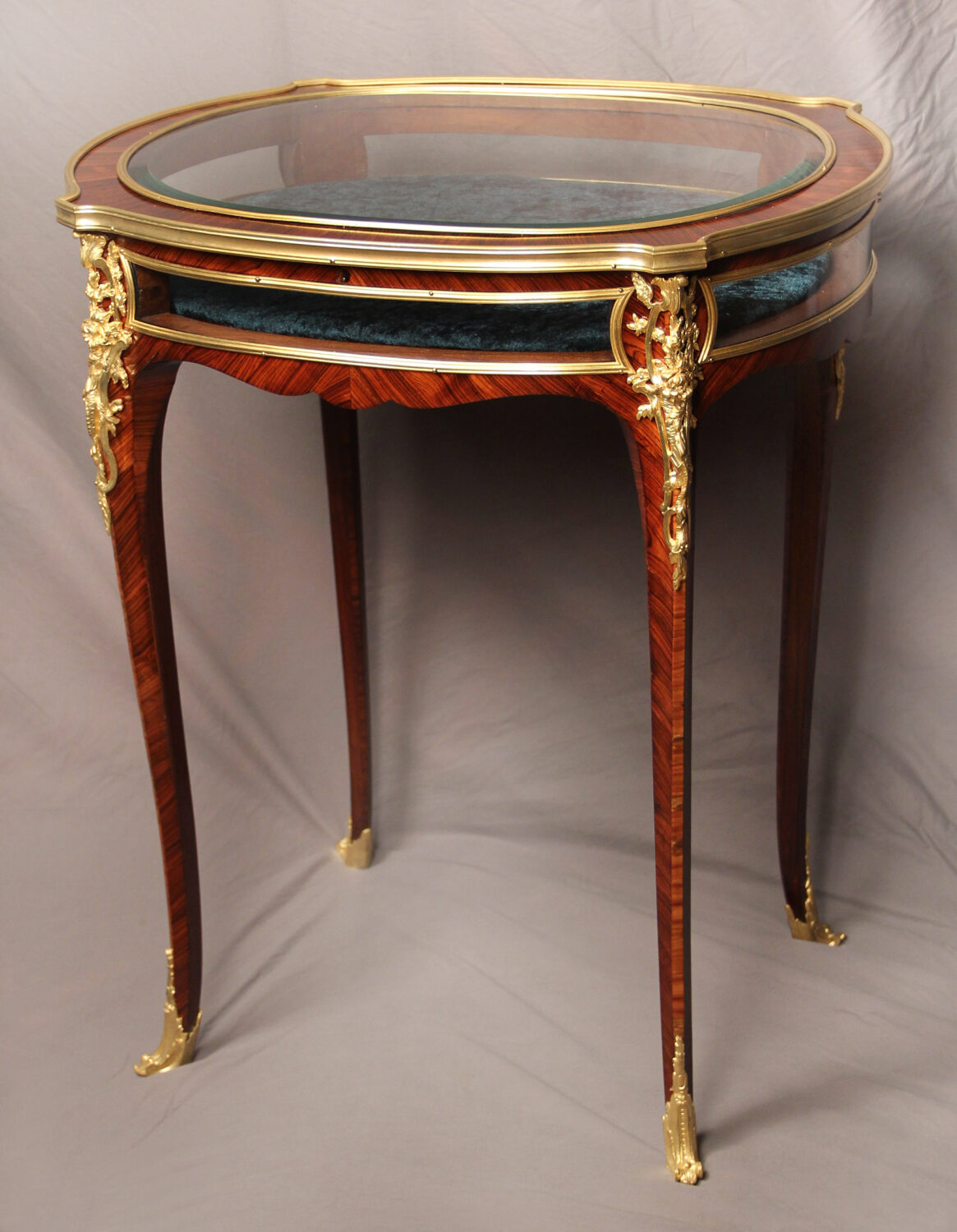 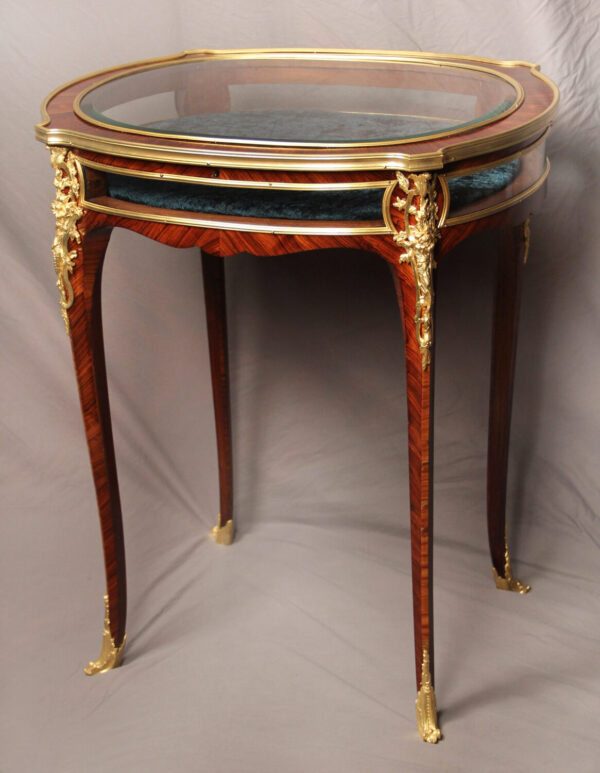 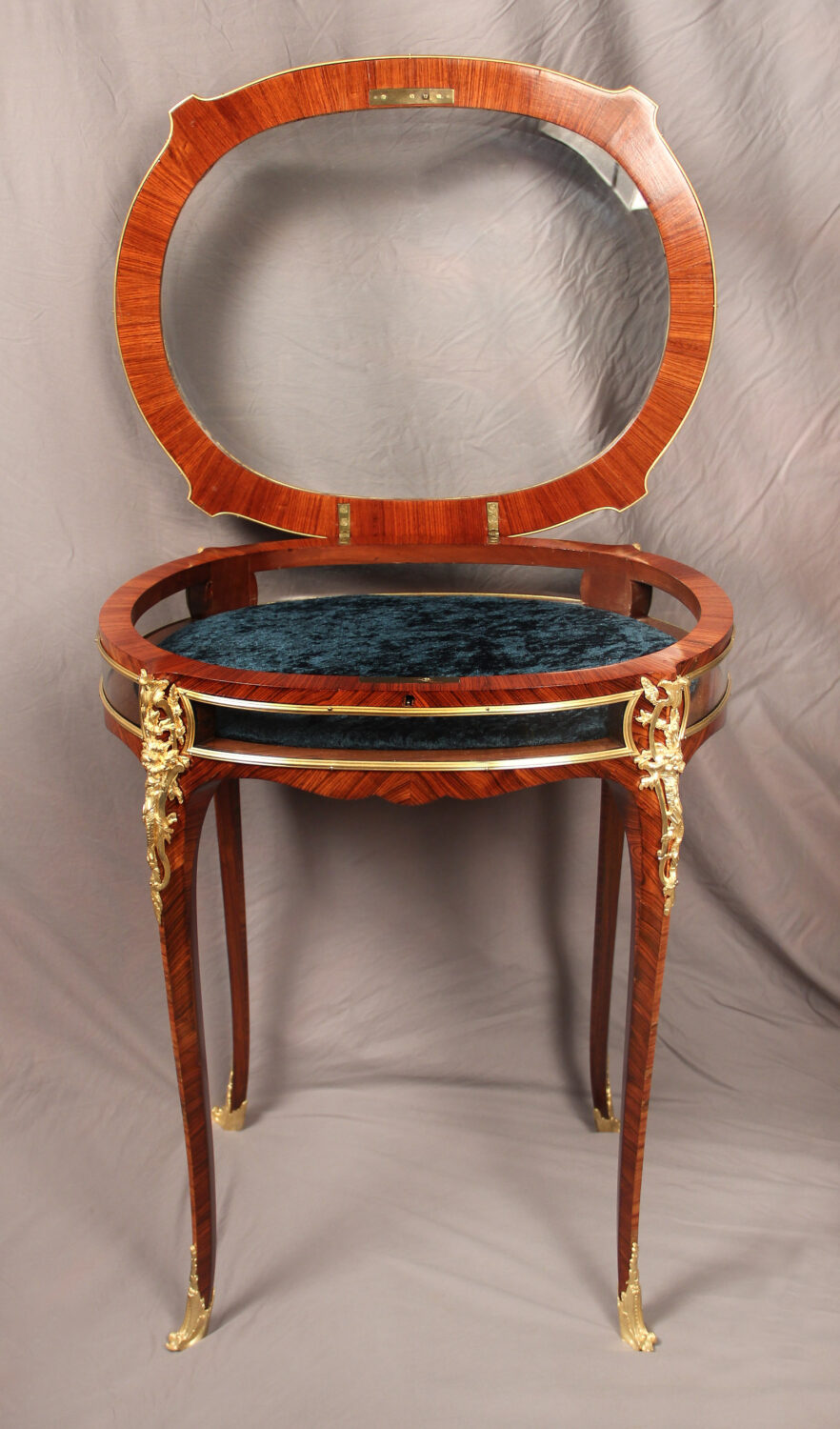 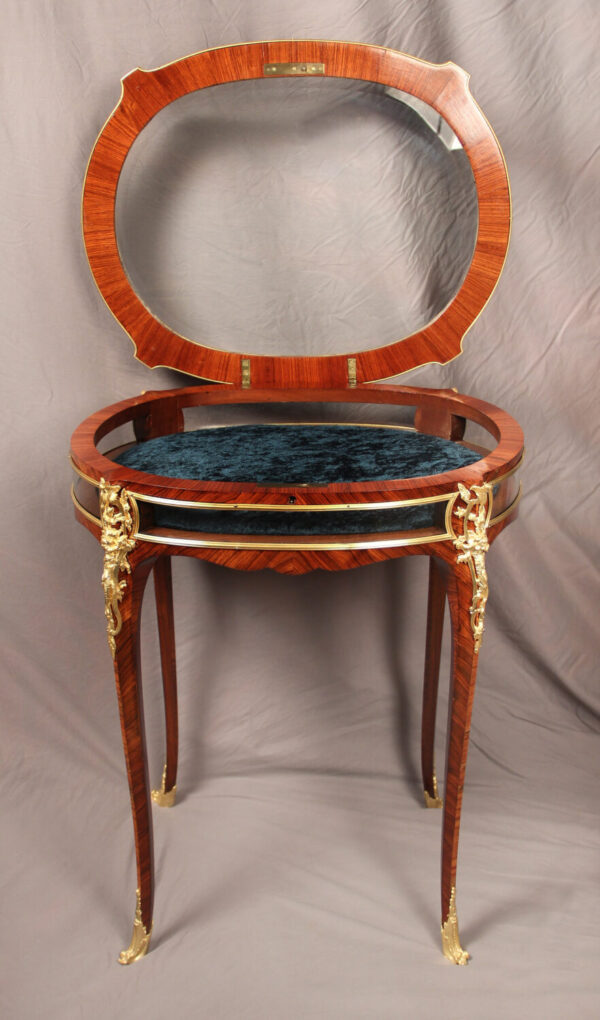 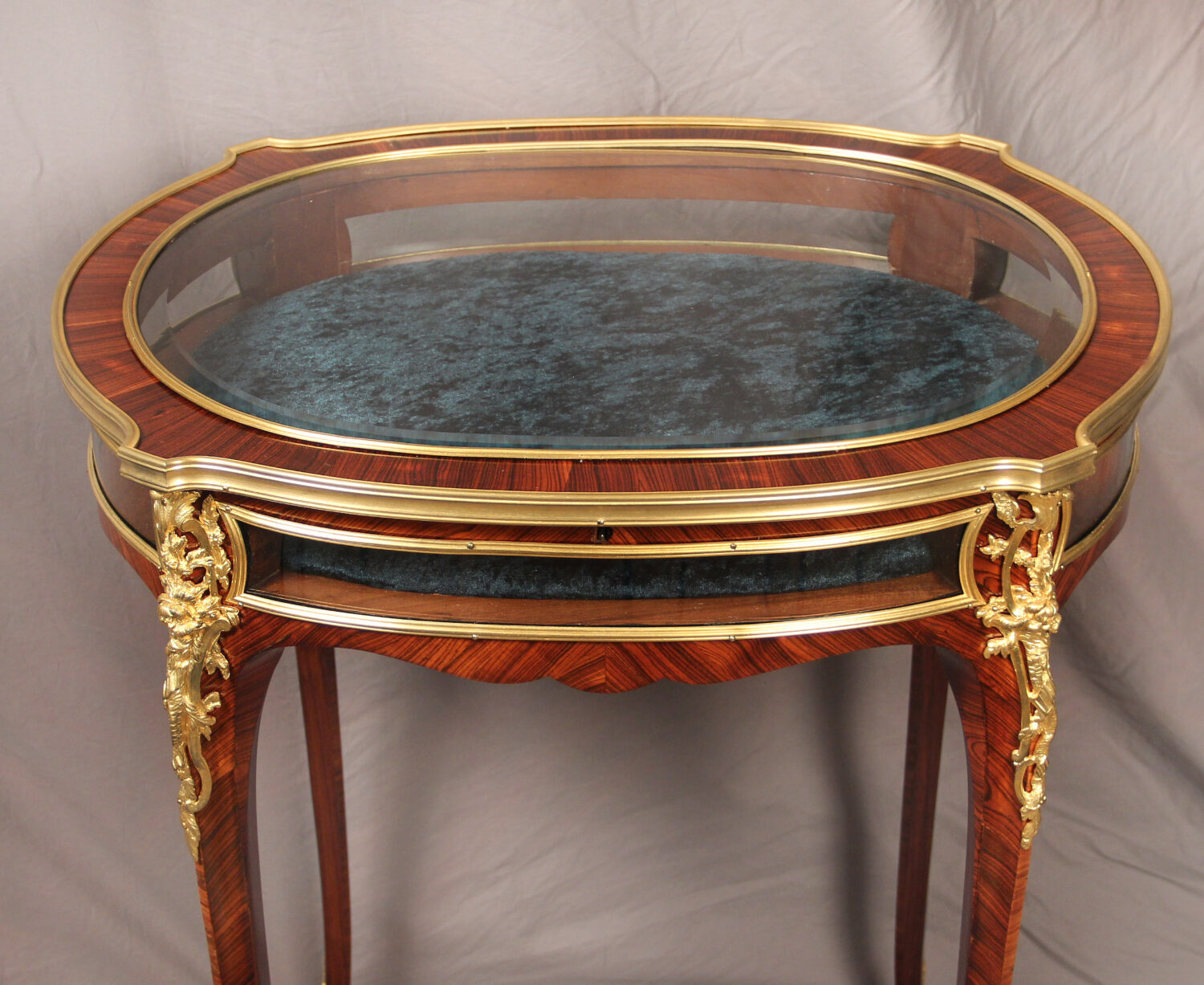 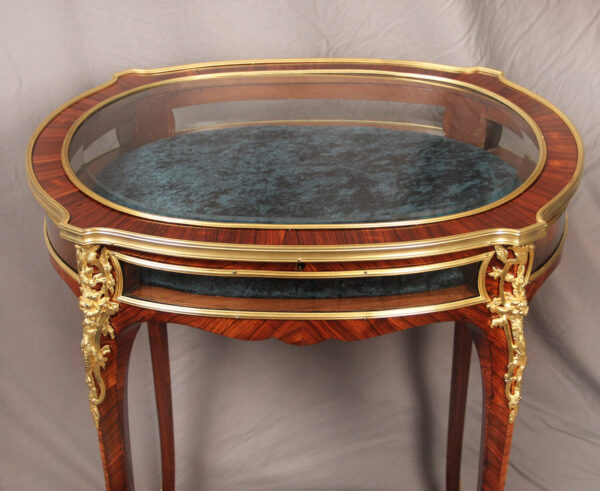 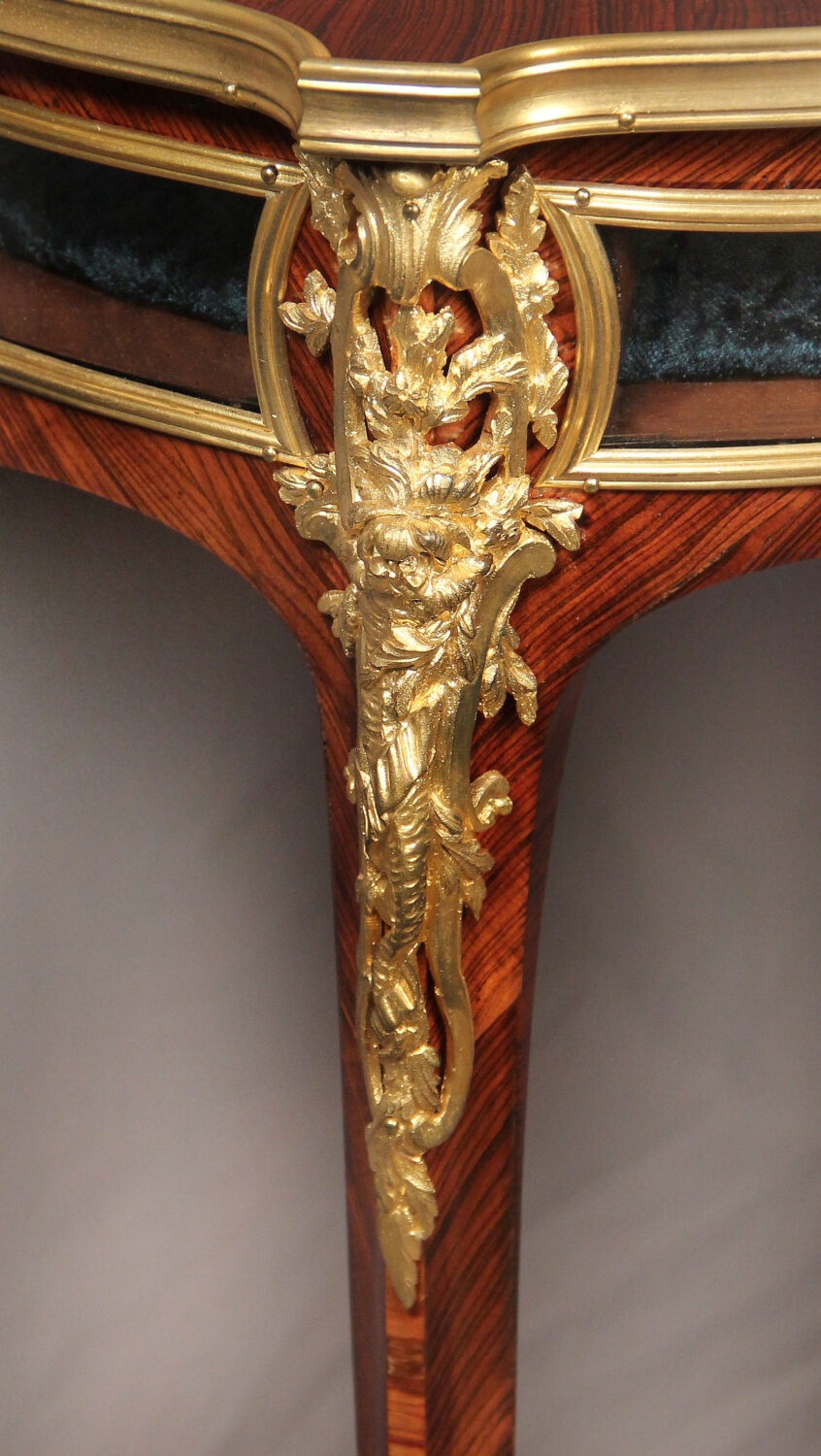 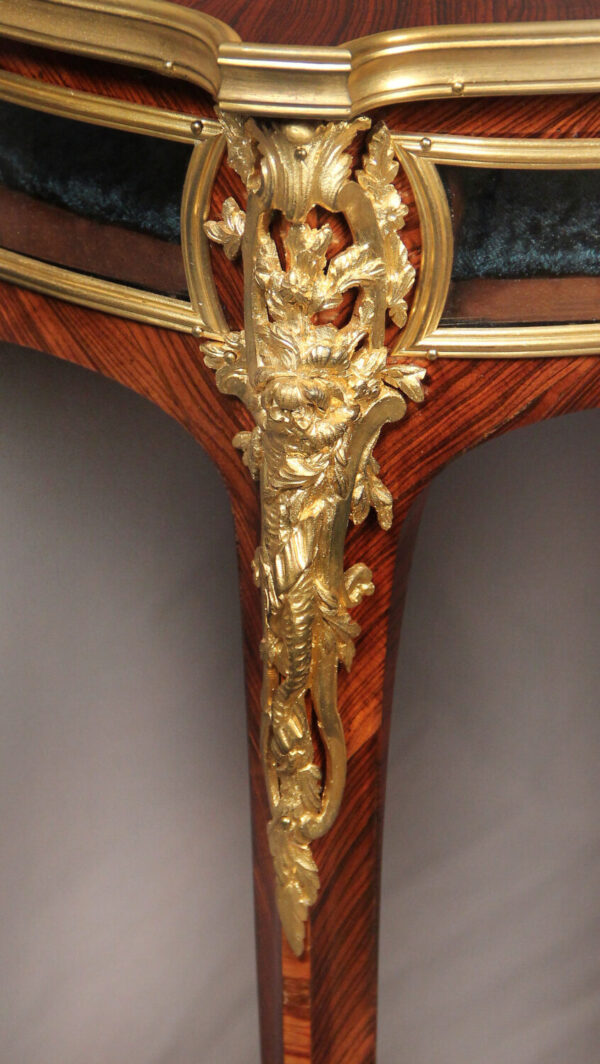 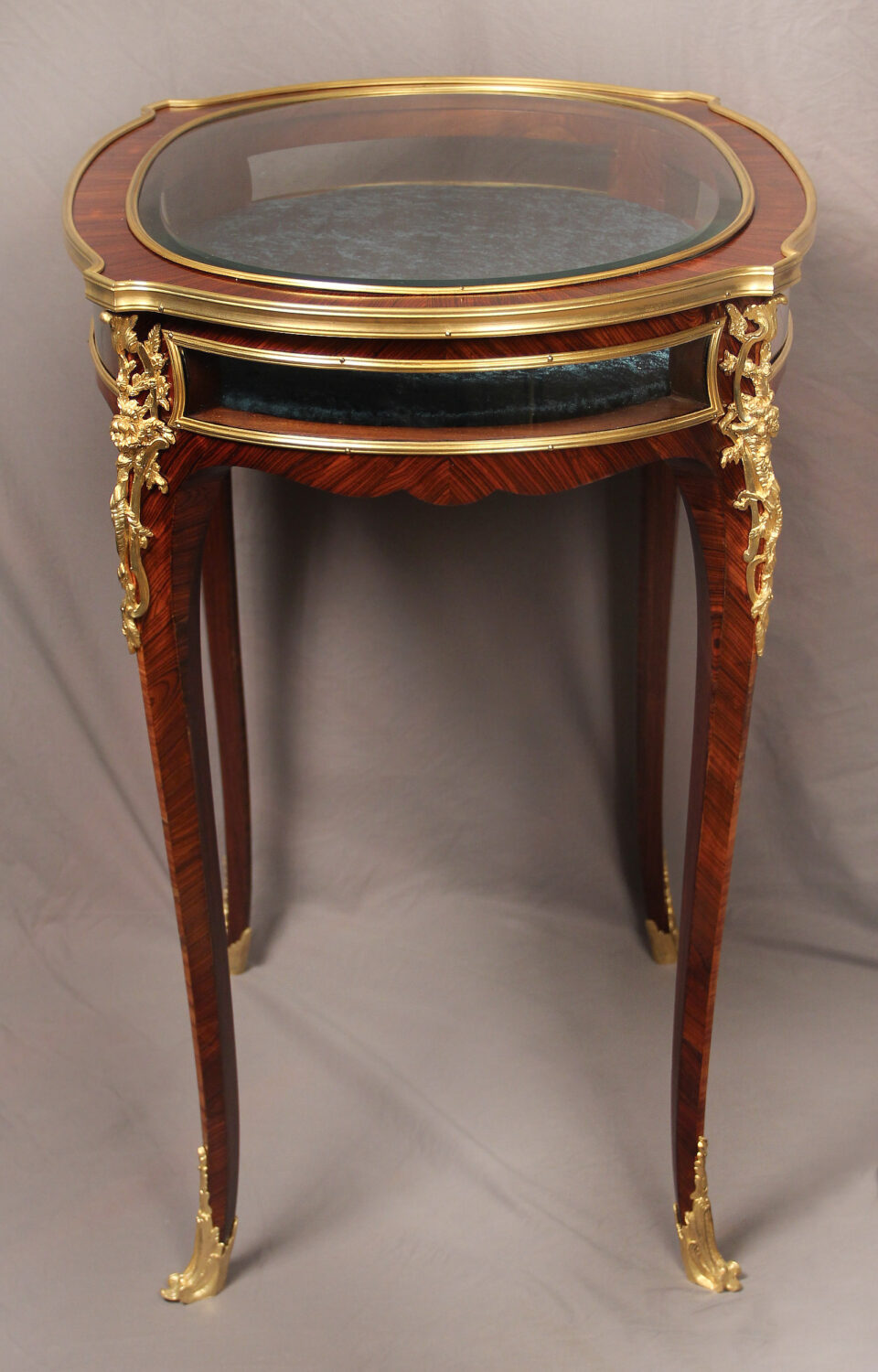 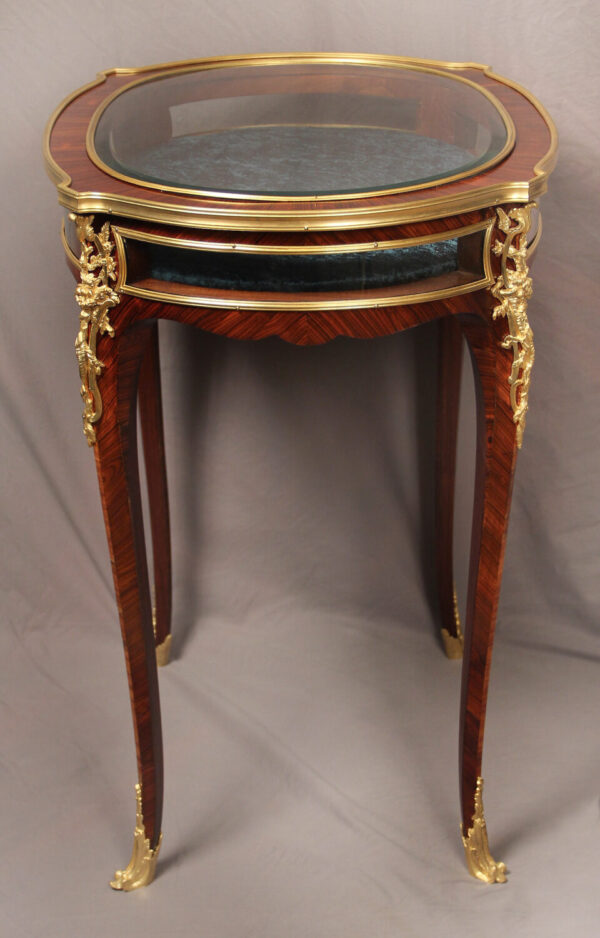 The oval shaped table with a beveled glass top encircled by a bronze frieze, above four side glass panels, the canted angles set with pierced foliate-cast clasps, standing on cabriole legs tapering to scrolled sabots.

Born in Herdon, Germany, in 1849, Joseph Emmanuel Zwiener followed the tradition of some of the best ébnistes of the nineteenth century. He moved to Paris establishing a workshop at 12, rue de la Roquette, between 1880 and 1895. He produced a wide array of the very finest furniture, modeling in his own interpretations of the eighteenth century Louis XV Rococo style, veneered with the highest and finest quality marquetry and ‘Vernis Martin’ panels. Exhibiting at the Exposition Universelle, Paris, in 1889, Zwiener was awarded a gold medal for what the jury reported as ‘dè ses dèbuts à une Exposition Universelle, [il] s’est mi au premier rang par la richesse, la hardinesse, et le fini de ses meubles incrustés de bronze et fort habilment marquetés.’