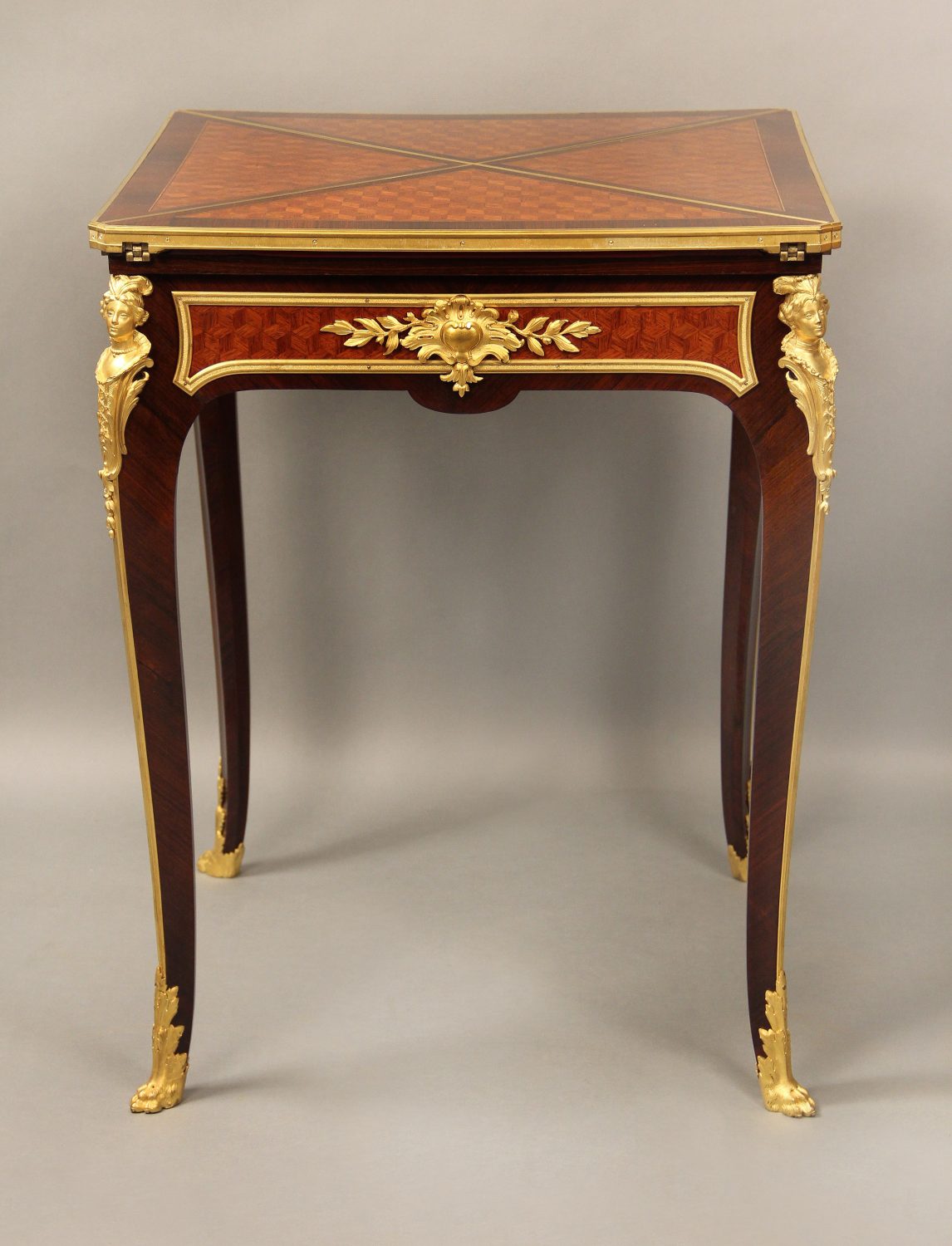 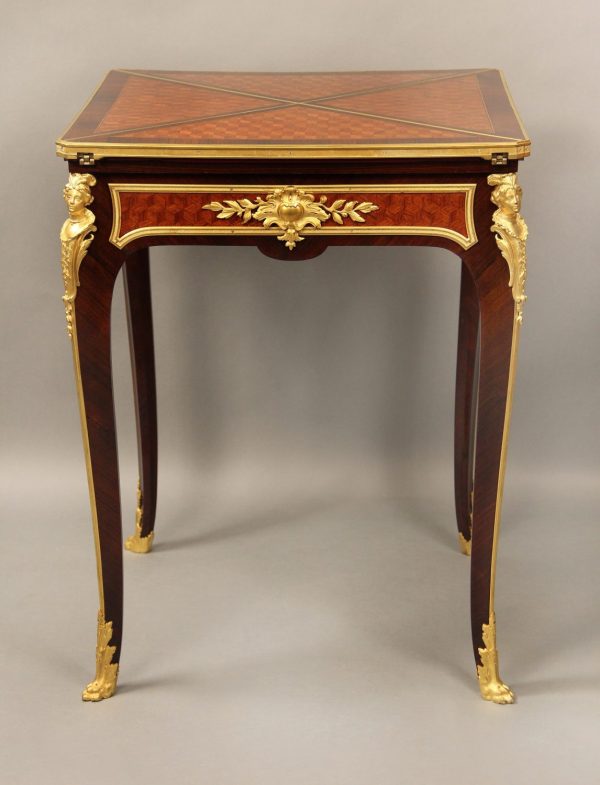 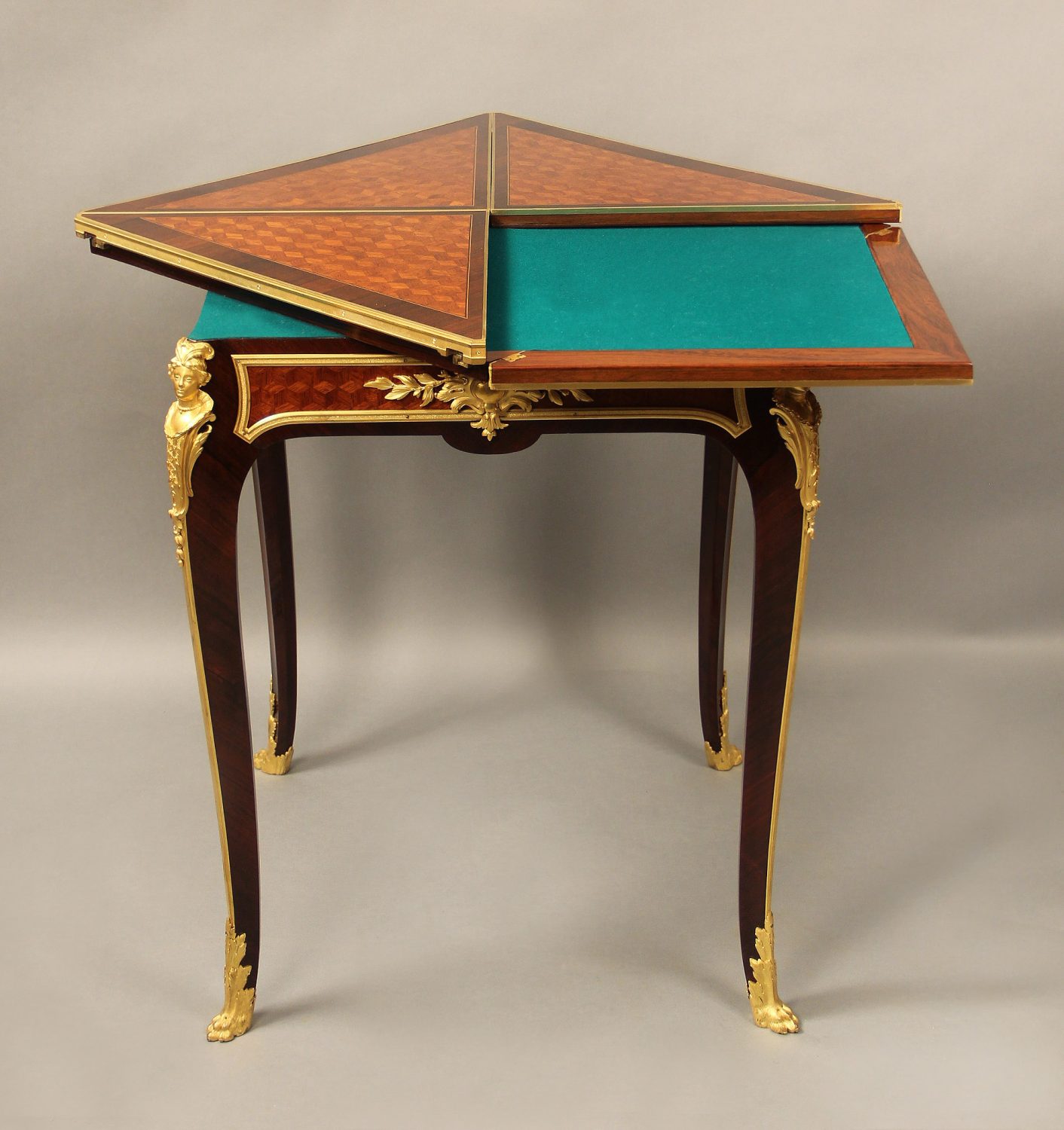 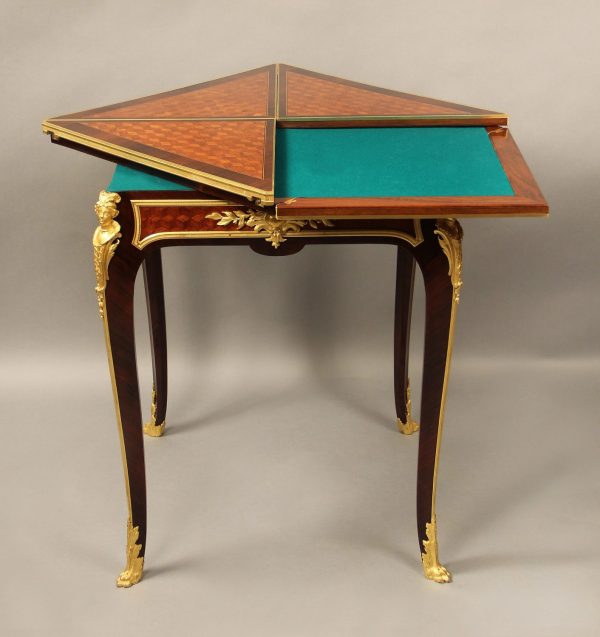 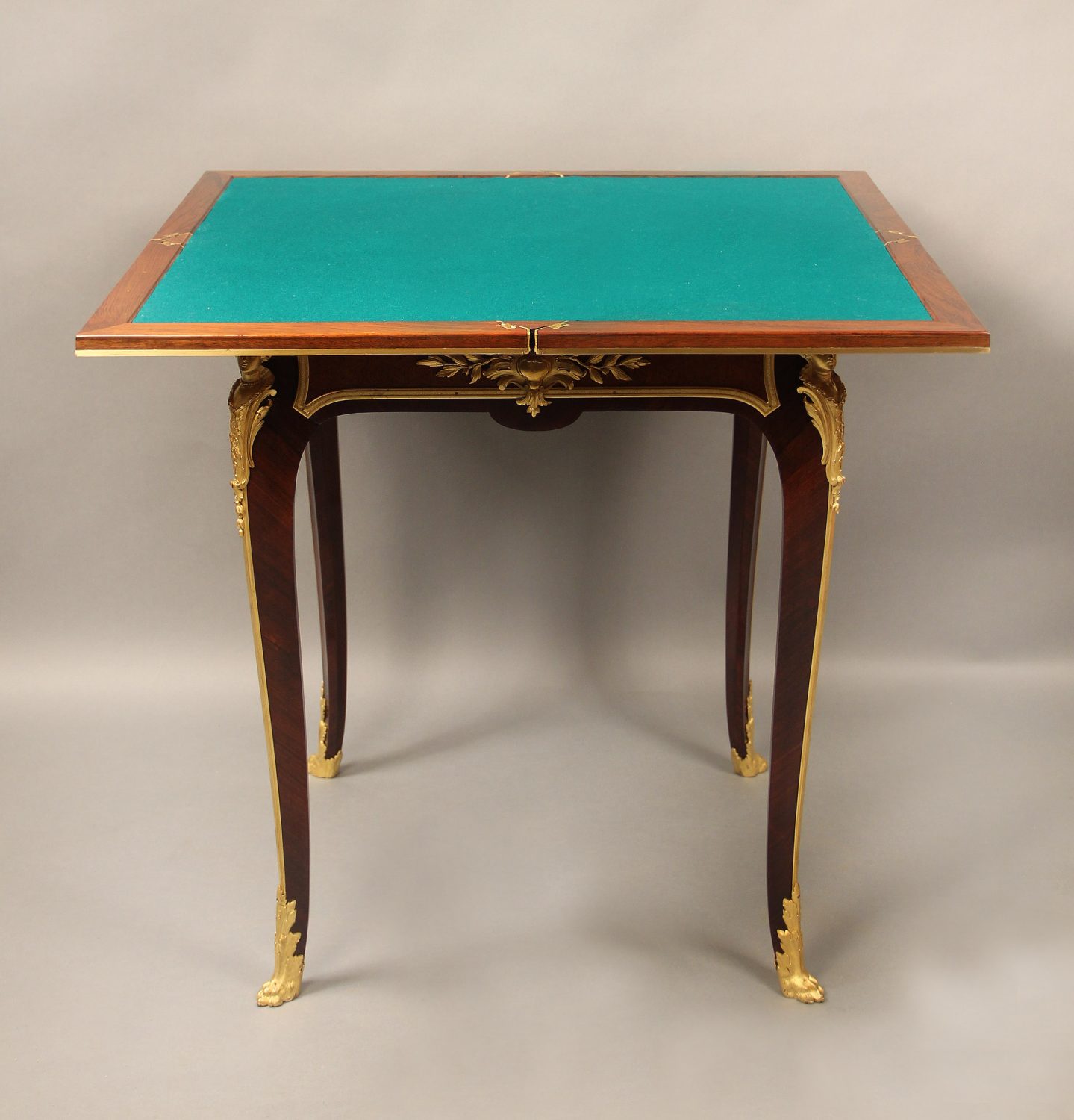 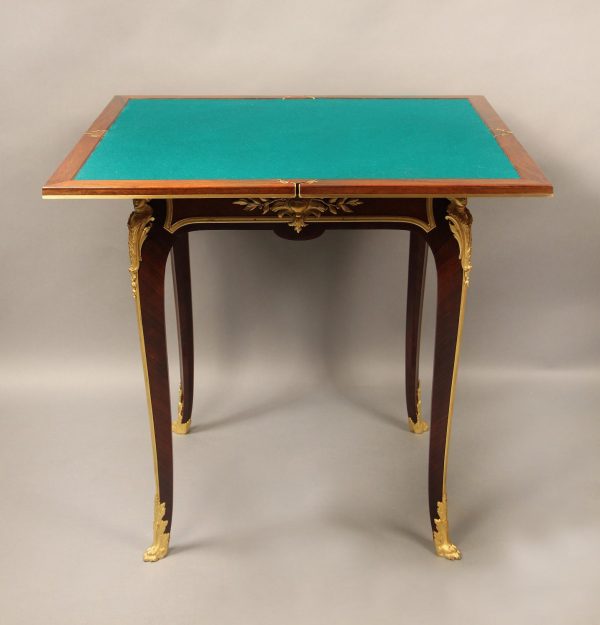 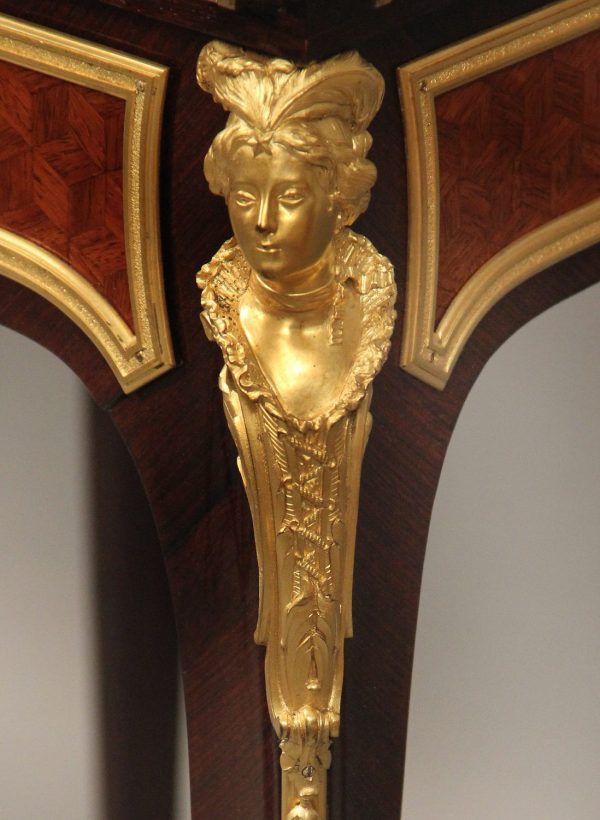 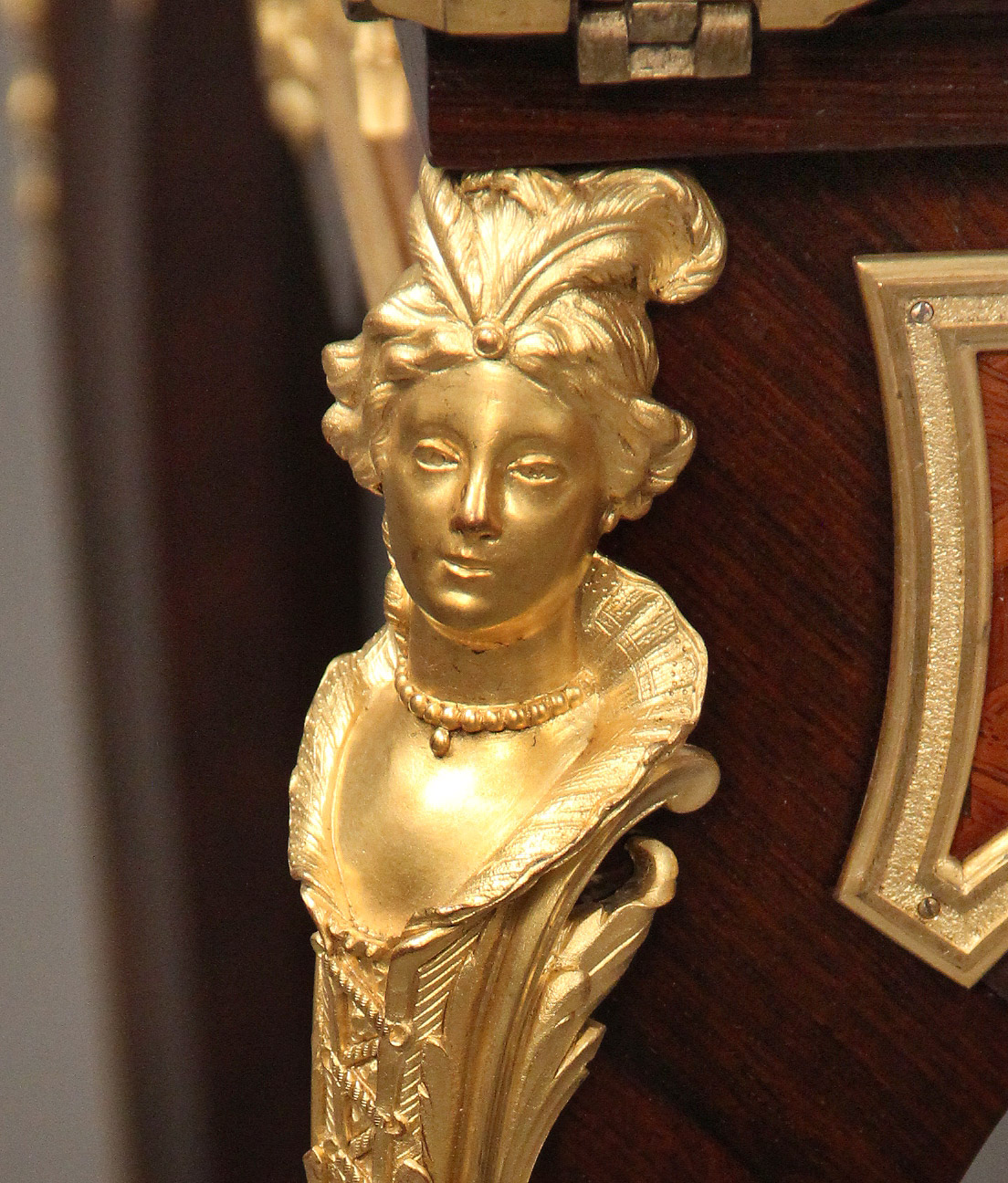 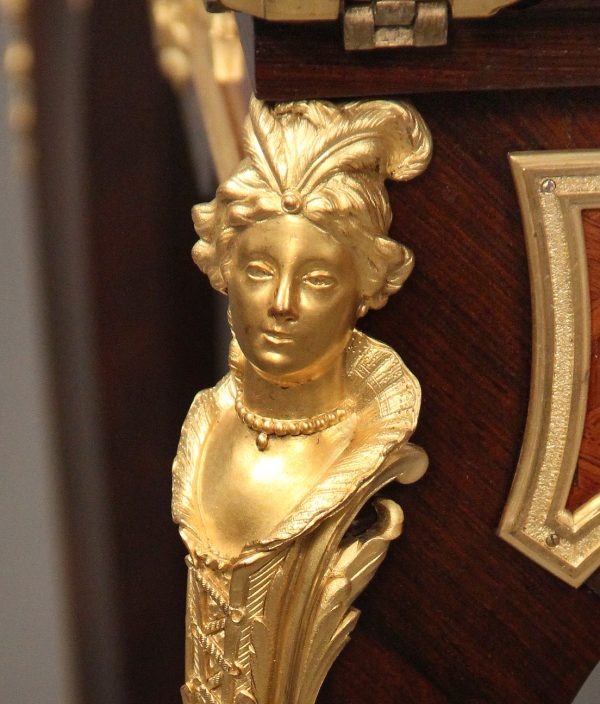 The revolving top with four triangular leafs, opening to green baize-lined playing surface above a frieze fitted with a drawer and centered on each side by a fine bronze mount and flanked on each corner with an espagnolette.

The reverse of the bronzes variously incised ‘FL’