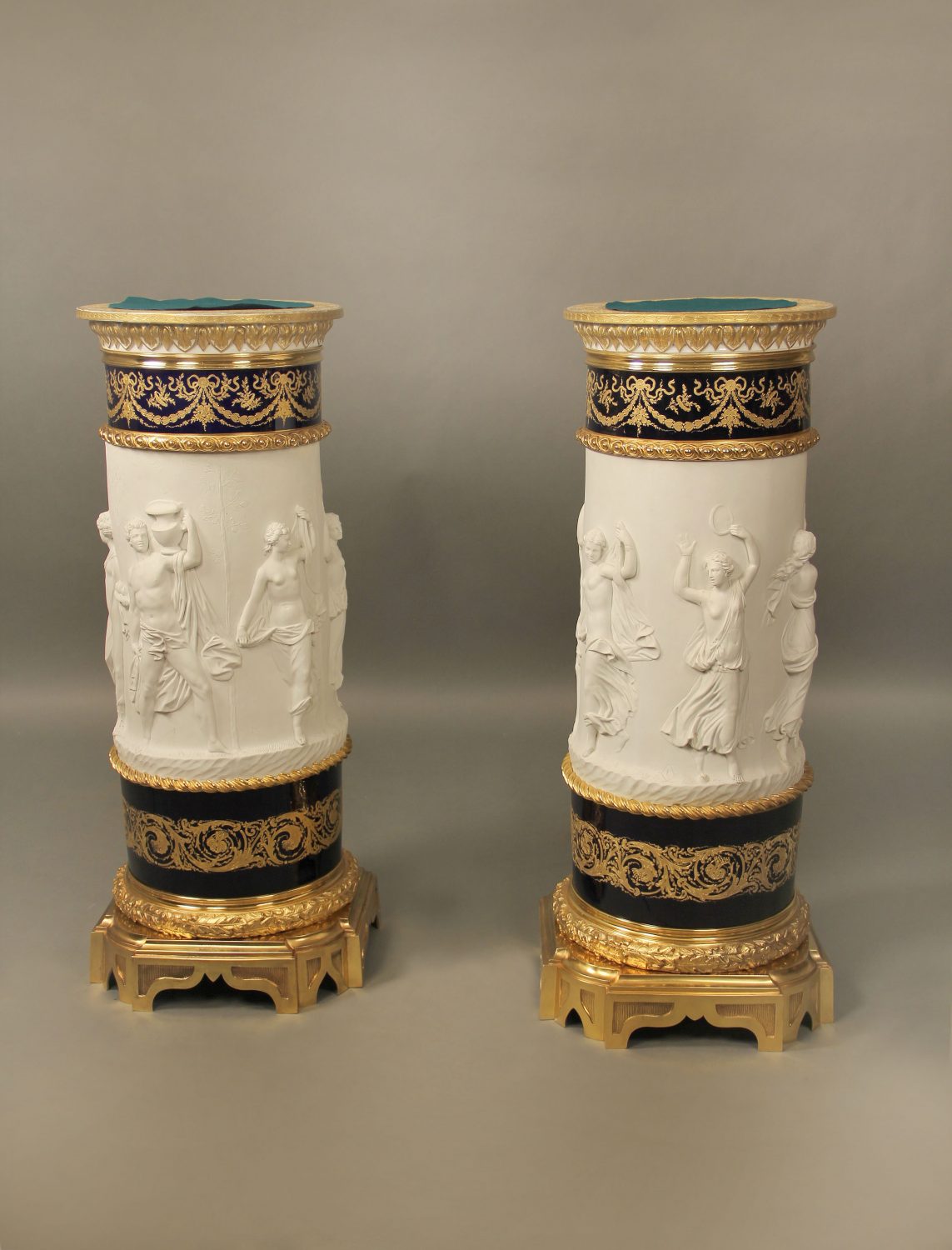 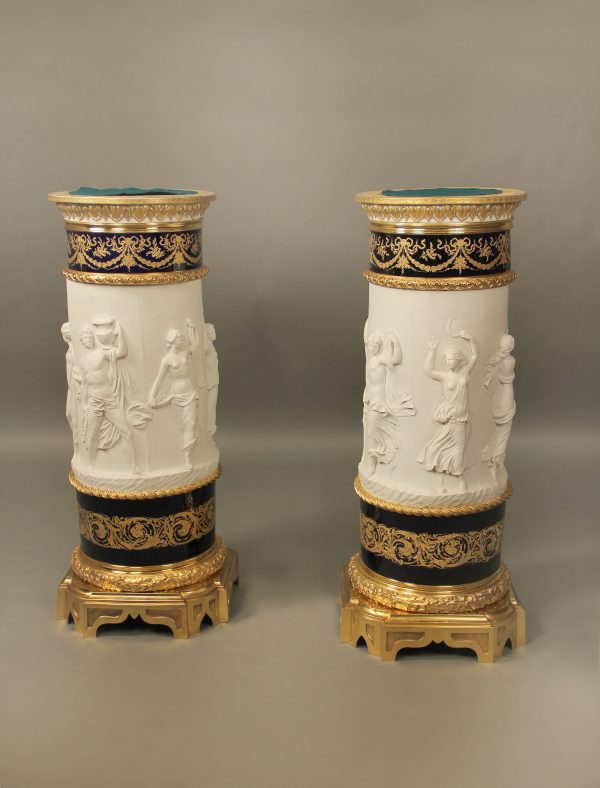 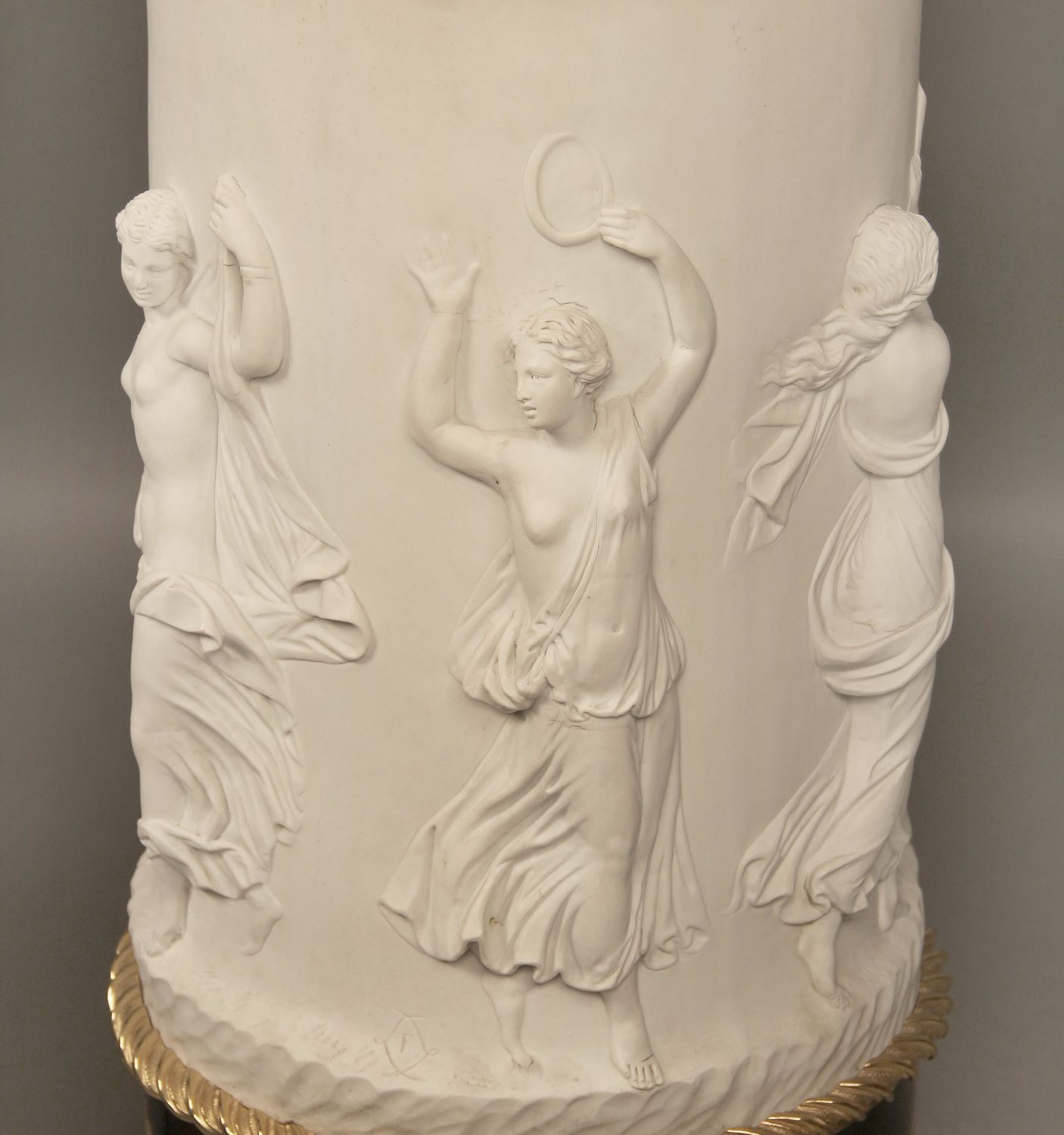 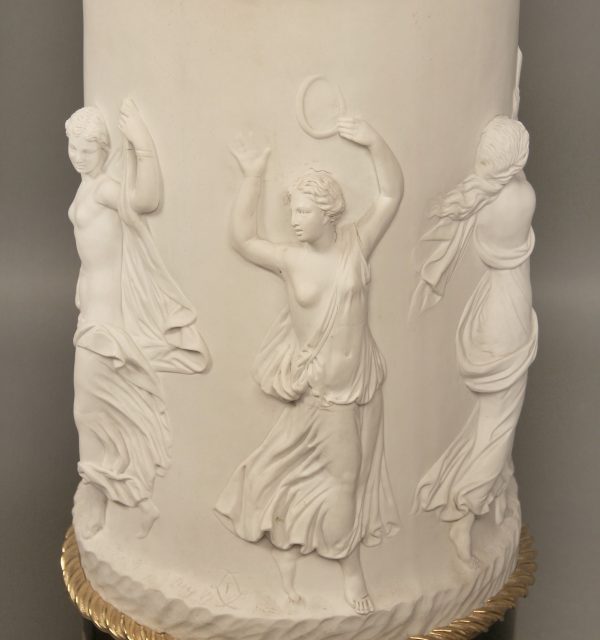 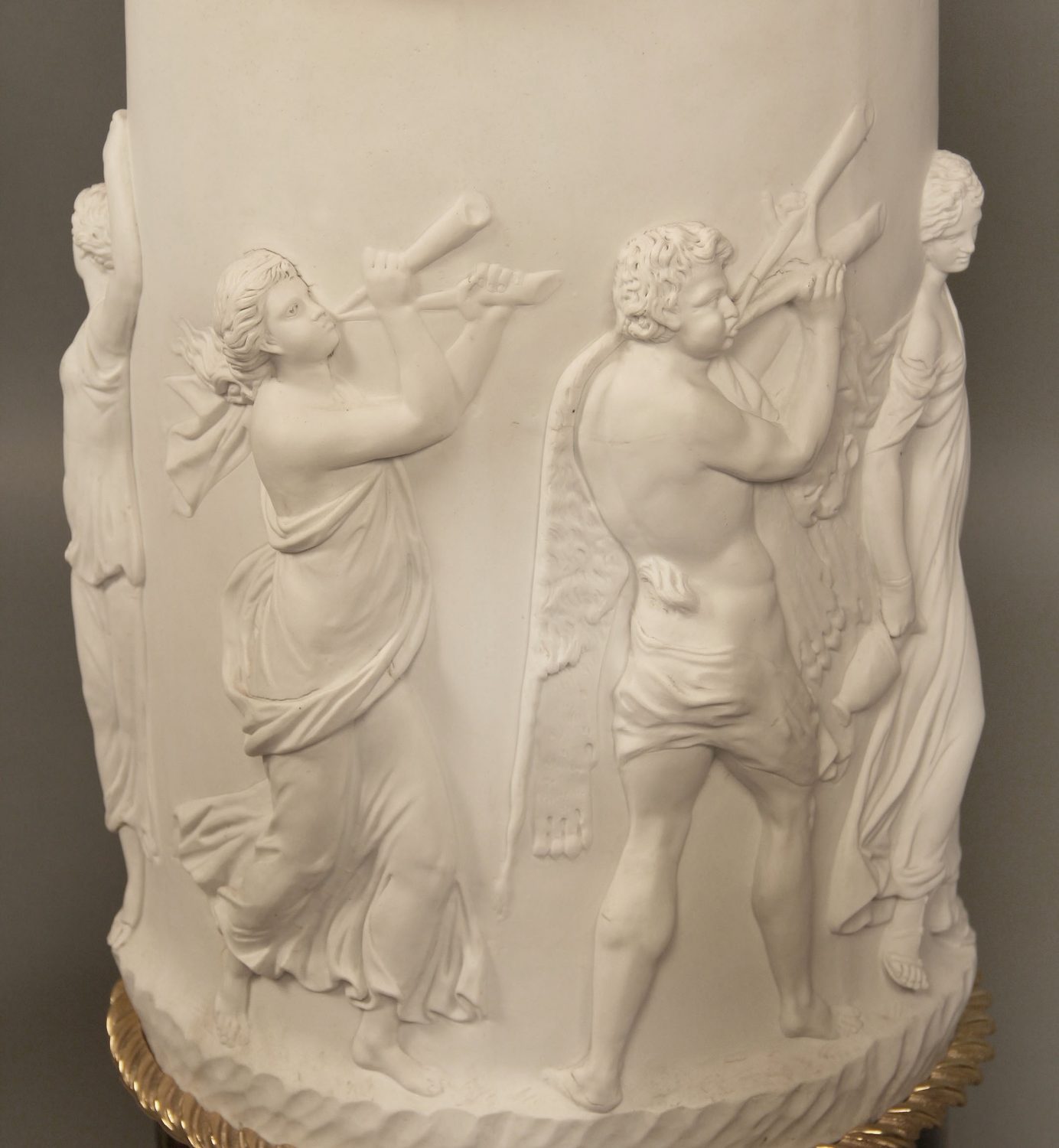 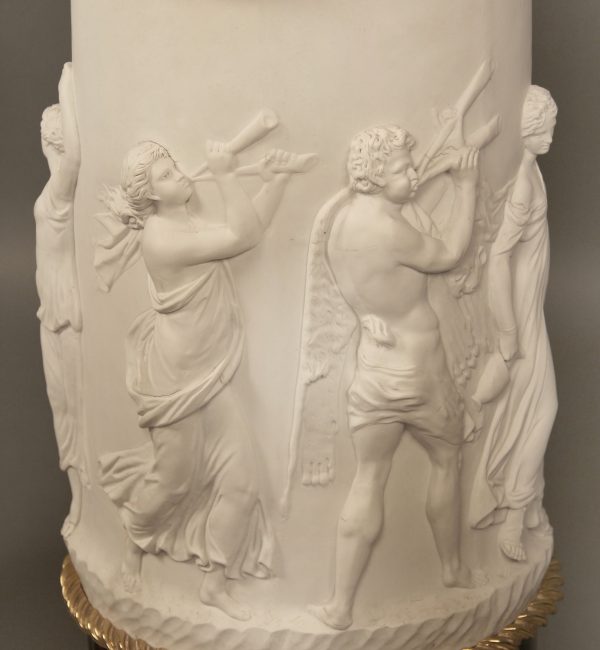 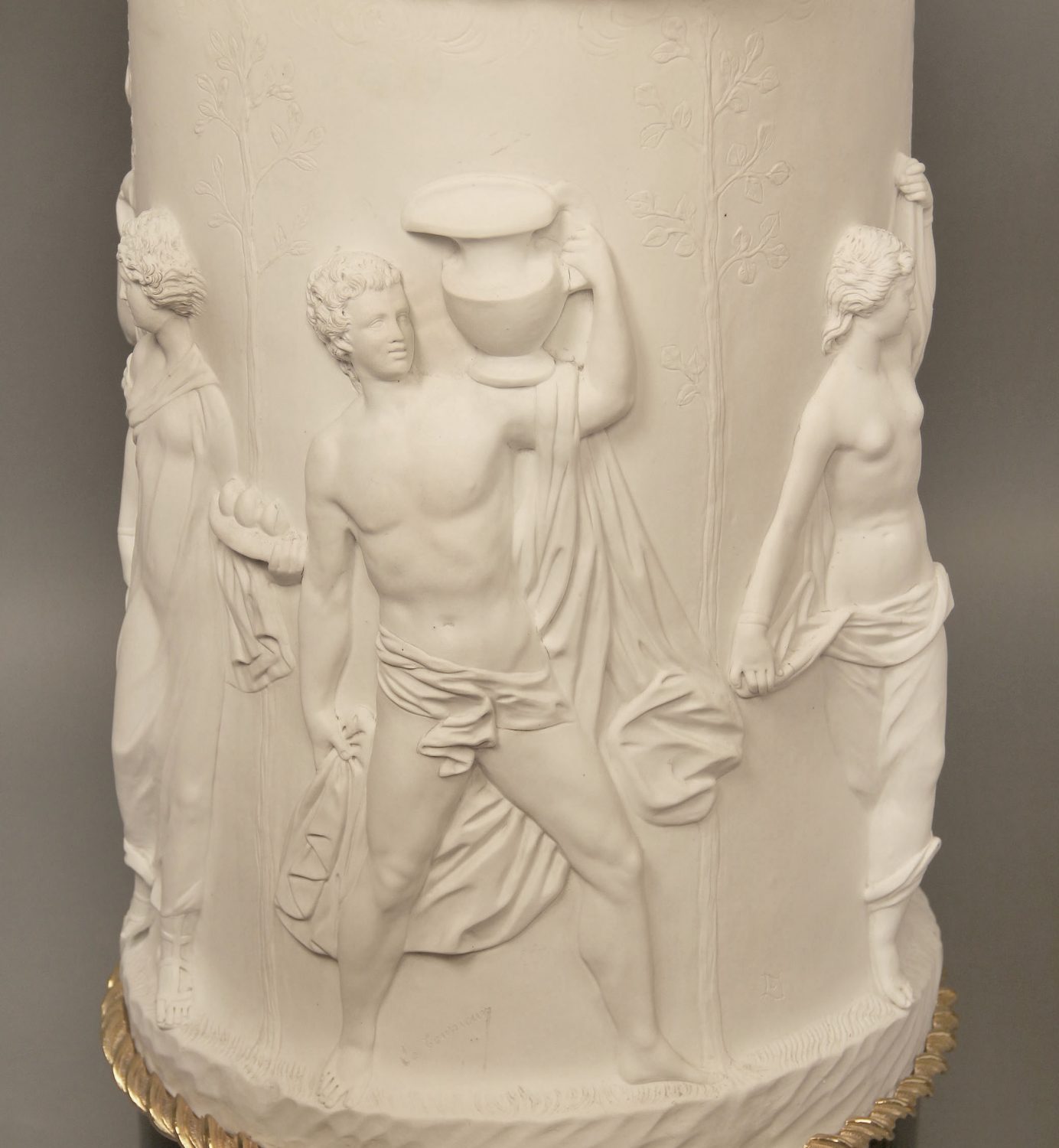 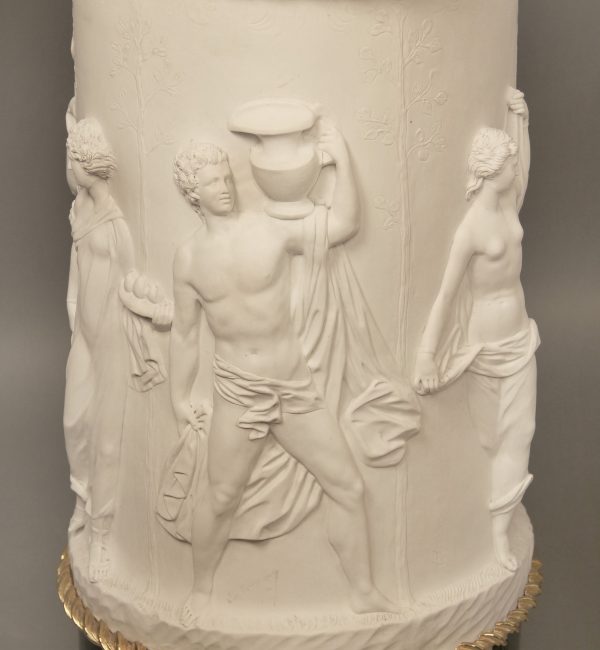 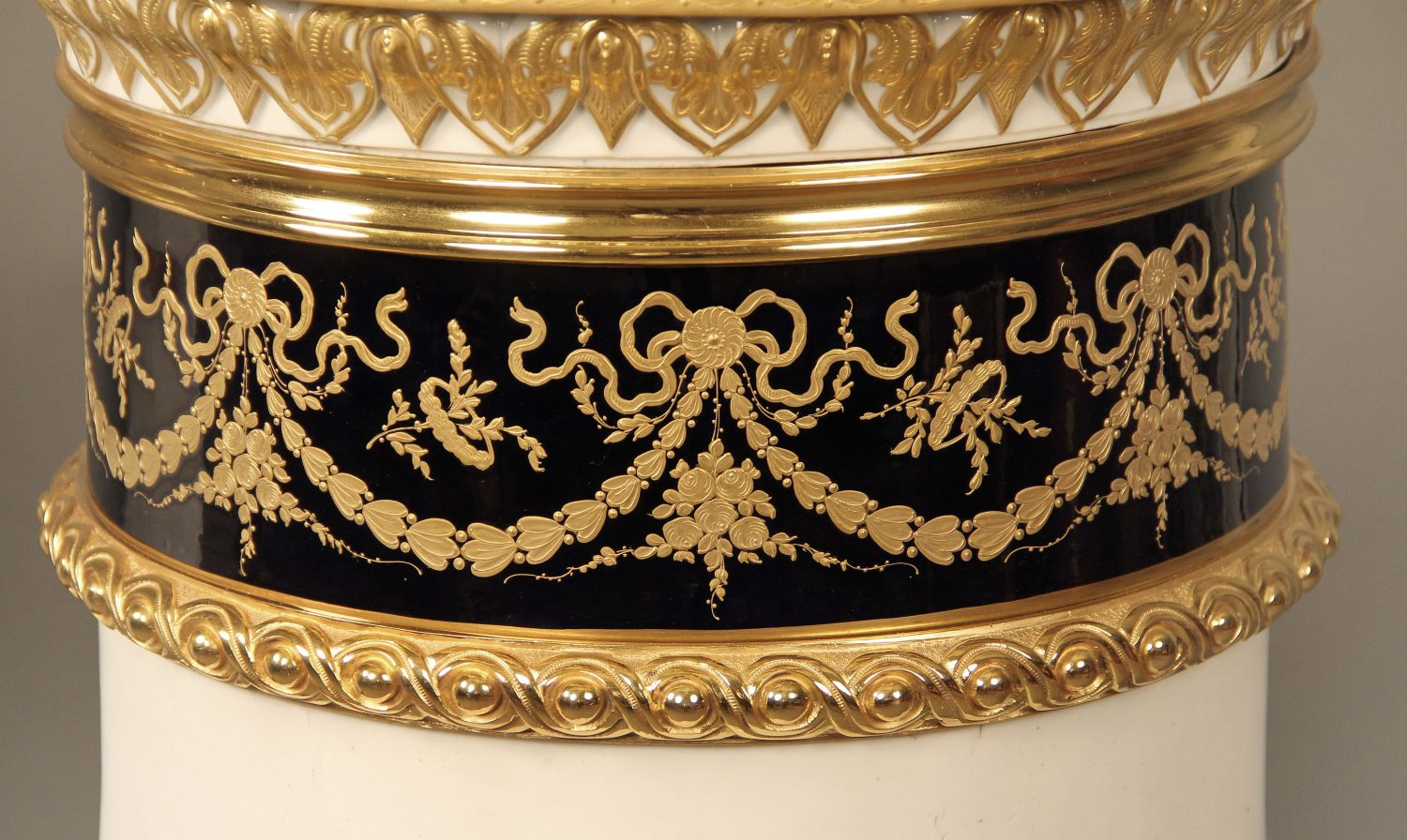 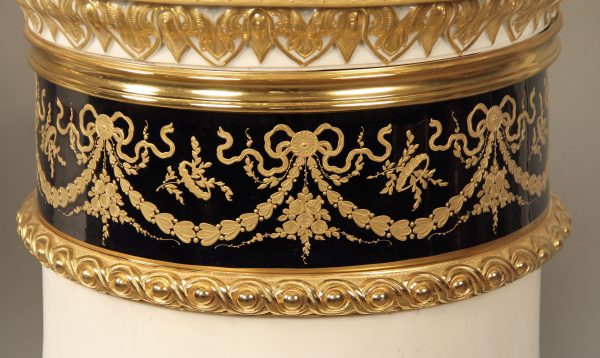 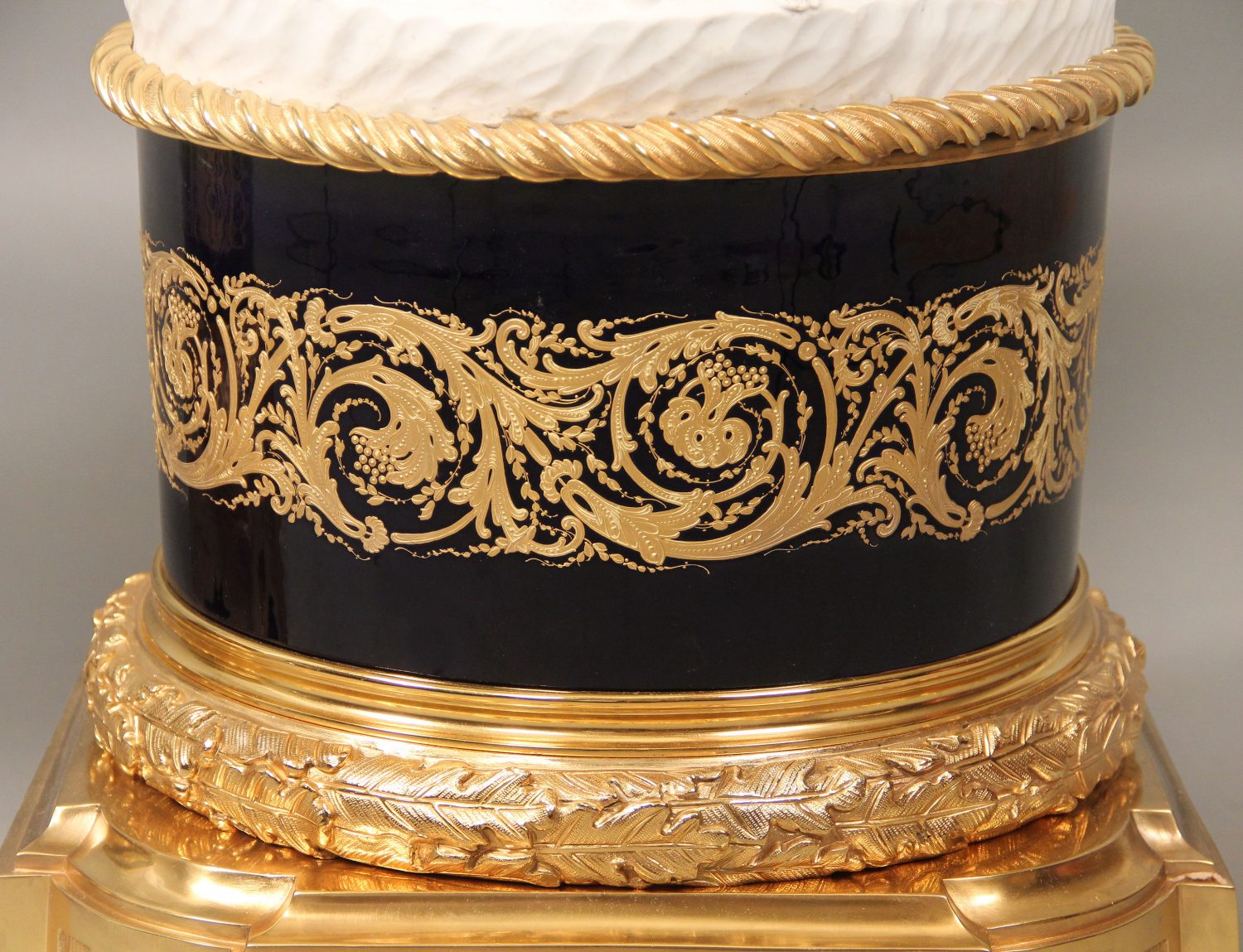 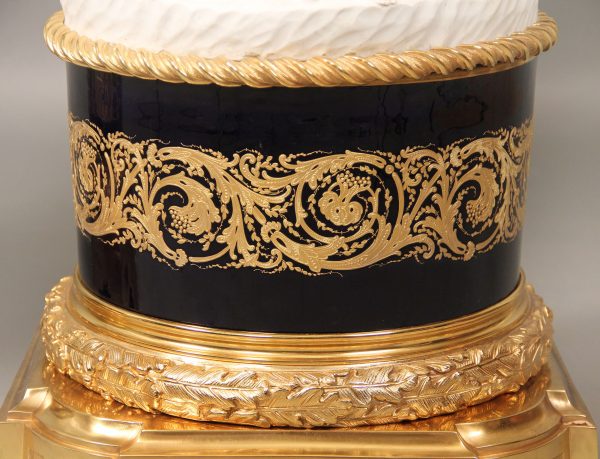 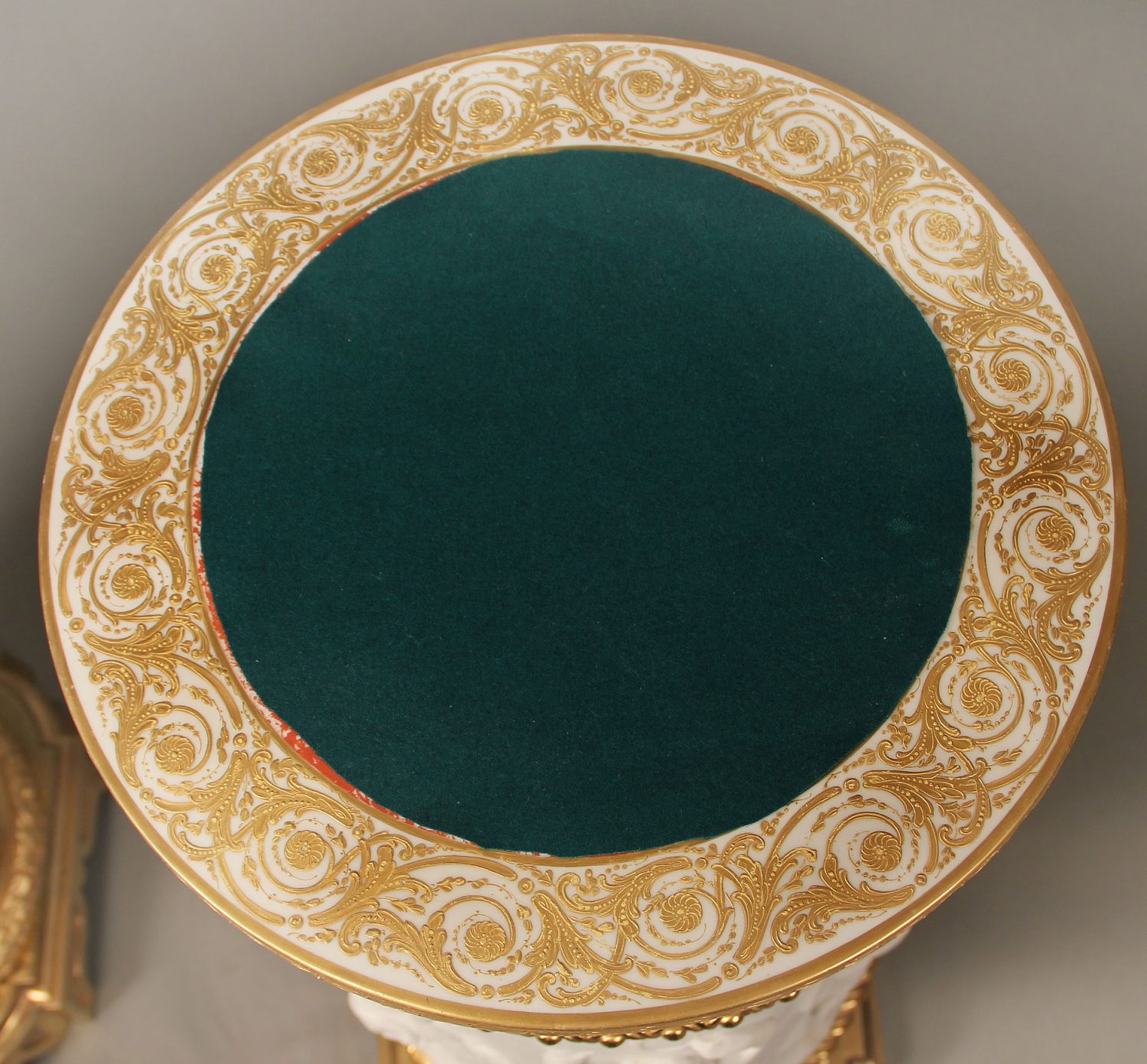 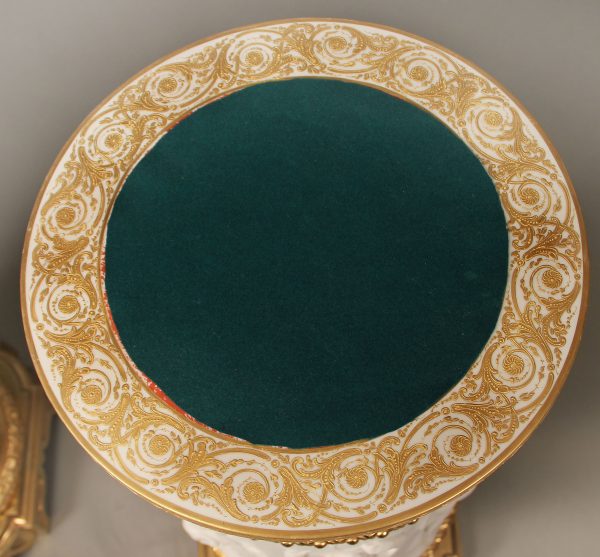 The pedestals in the manner of Clodion, with central Bacchanalian frieze, the top and bottom porcelain with raised gold bands of swags and foliate scrollwork.