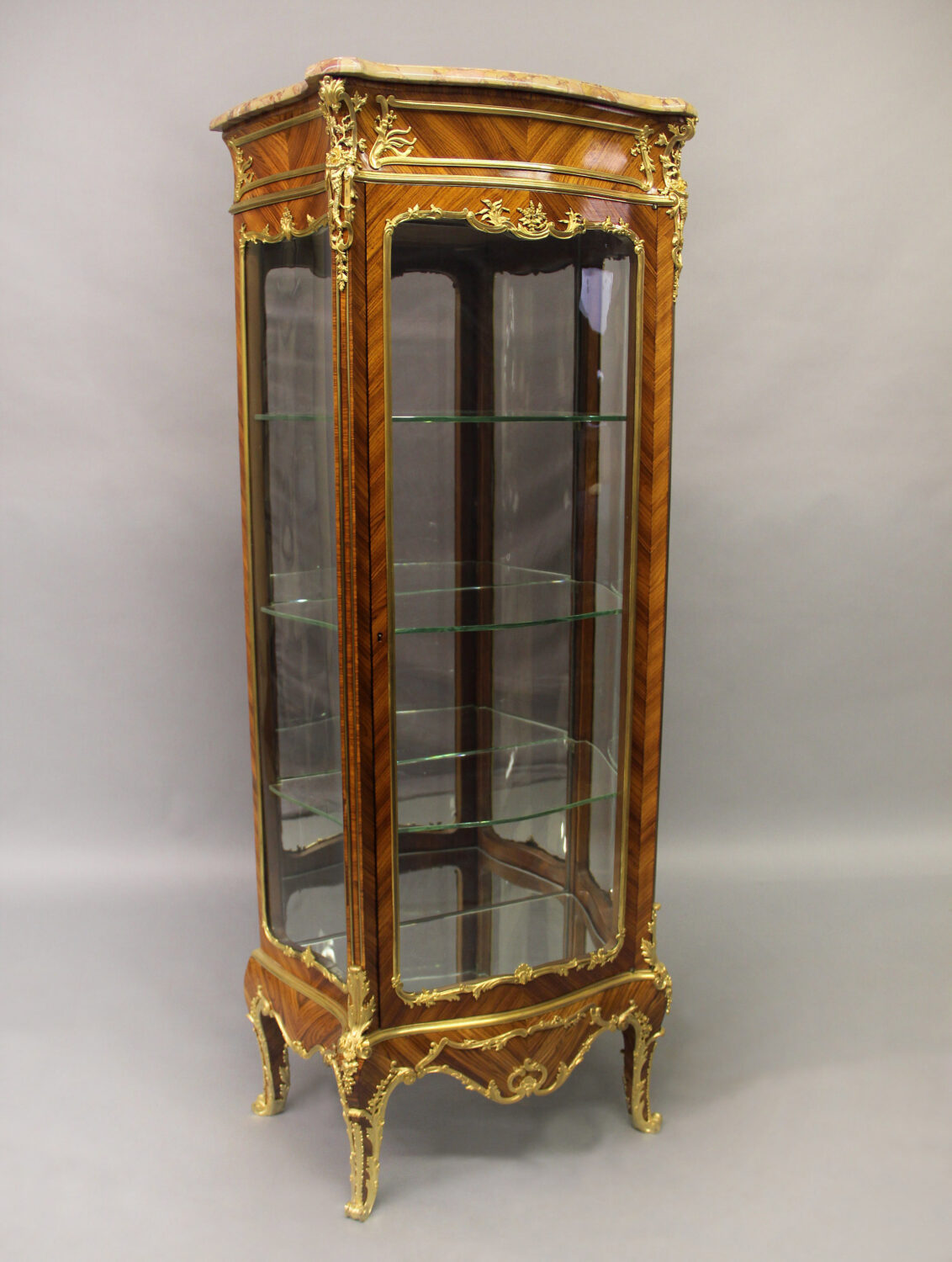 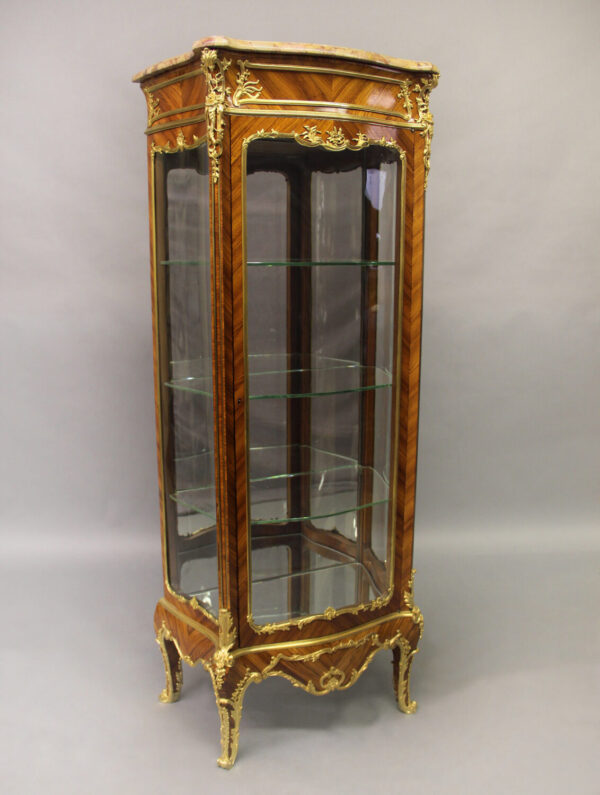 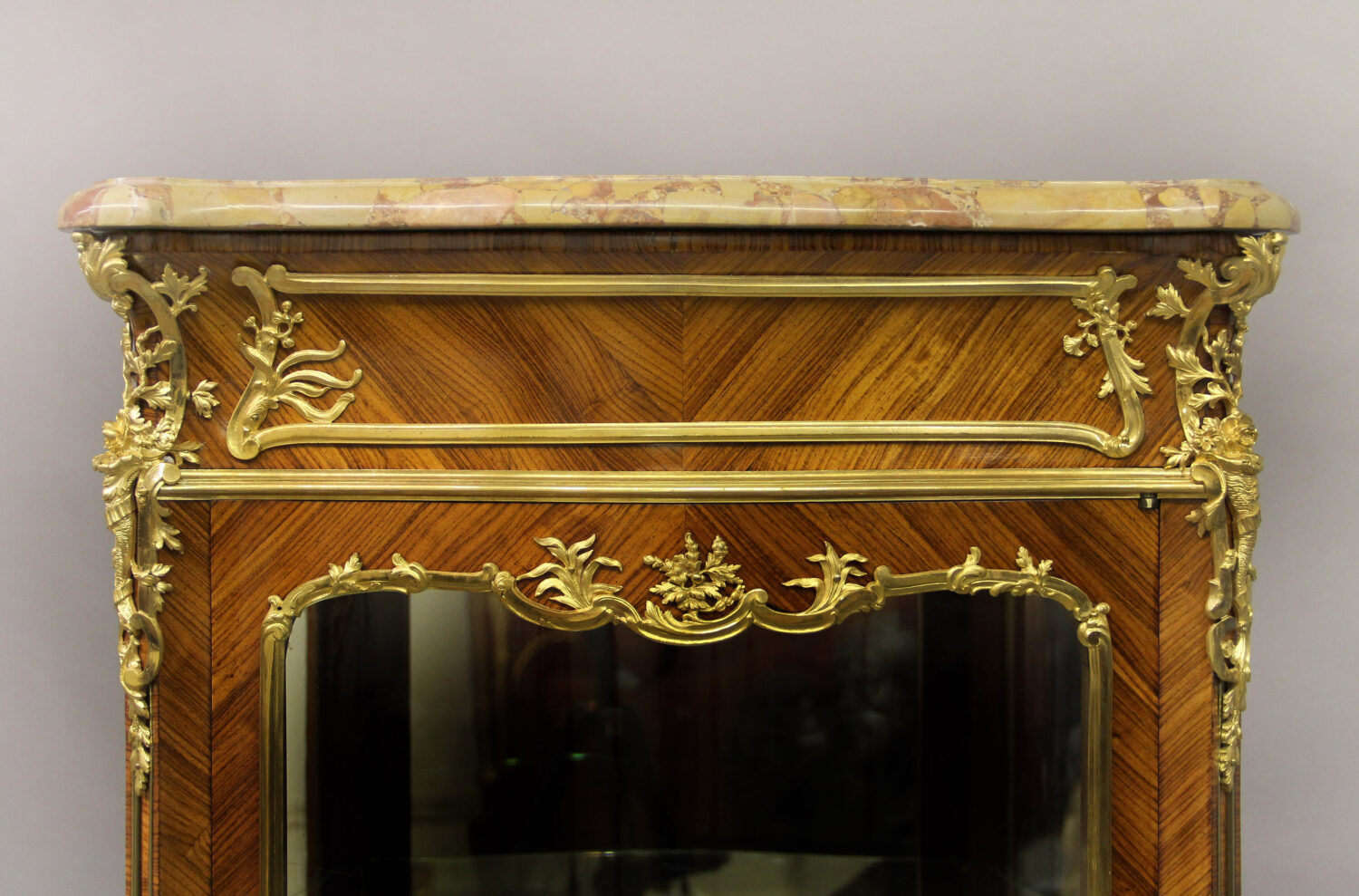 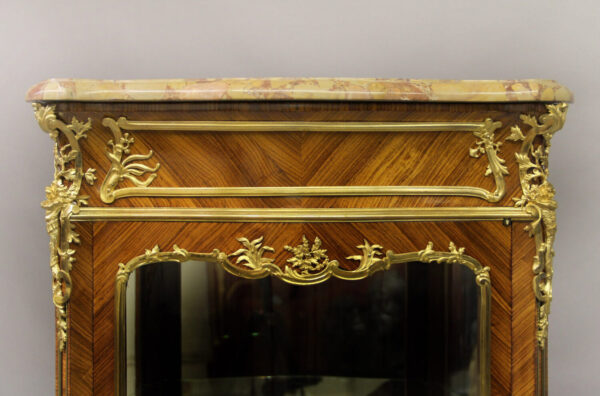 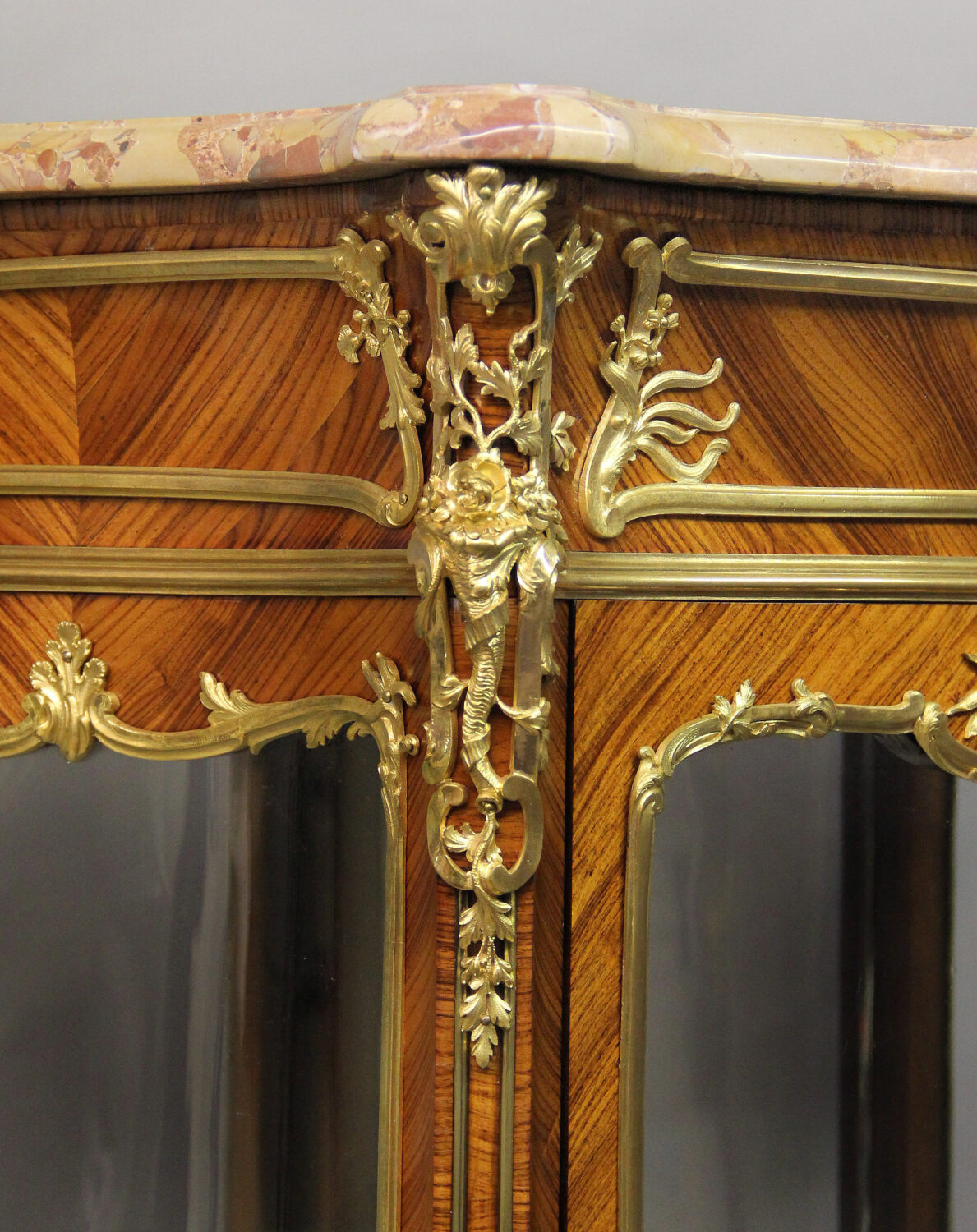 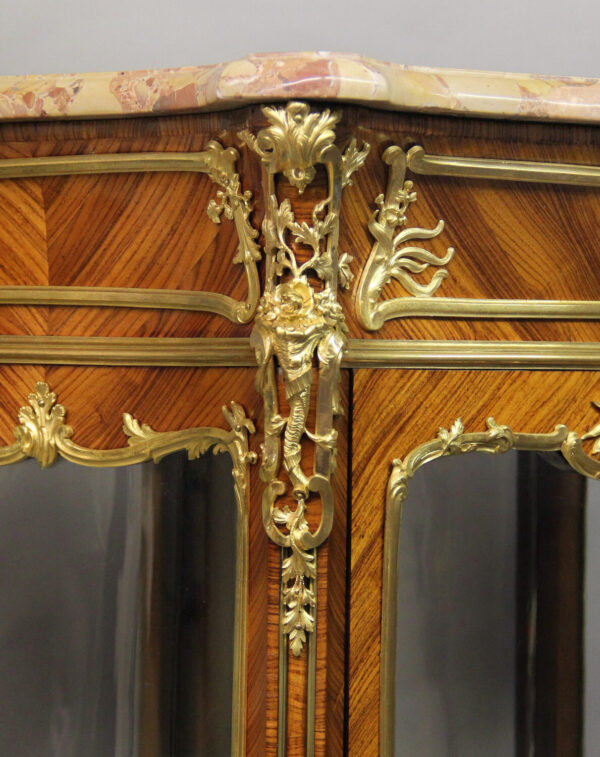 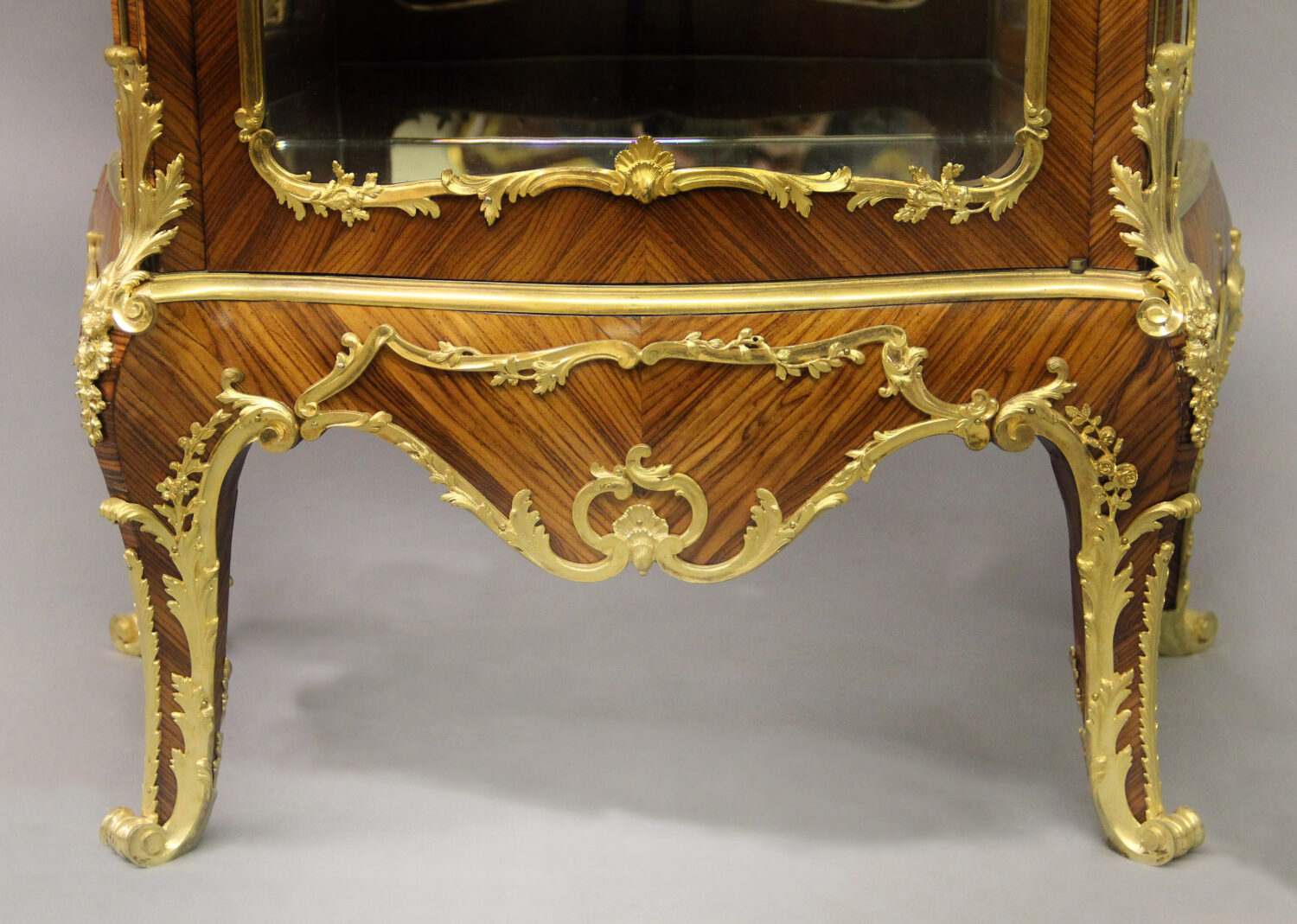 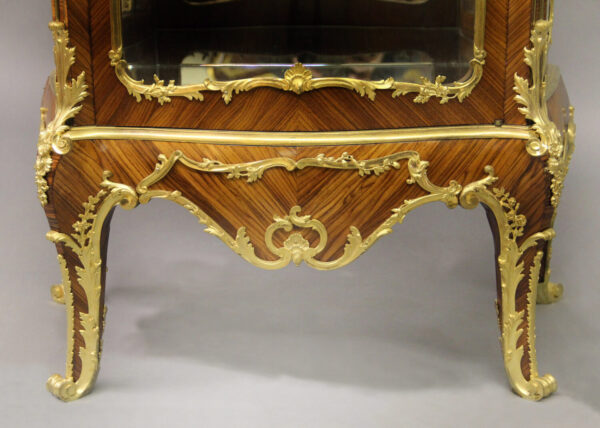 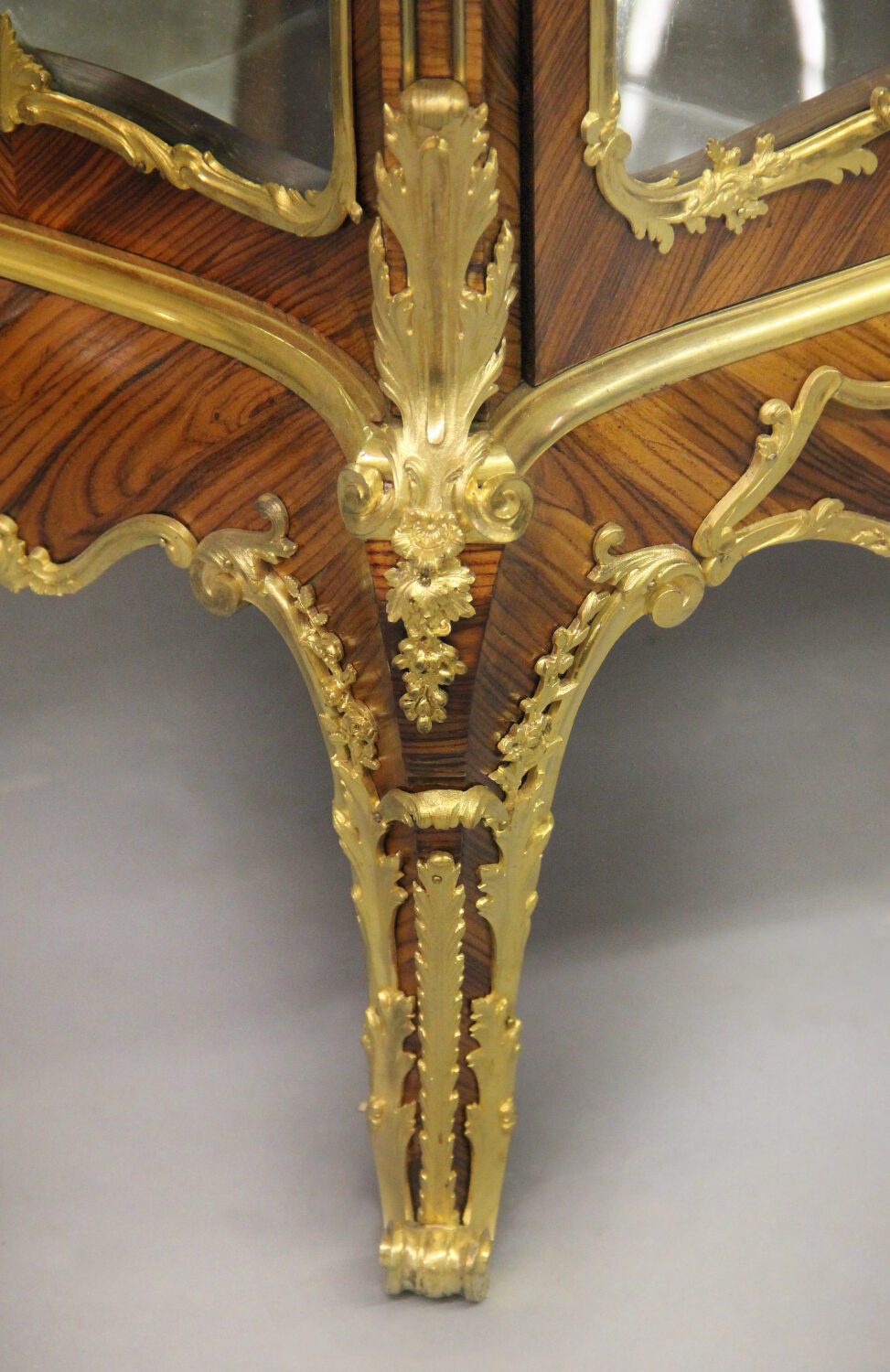 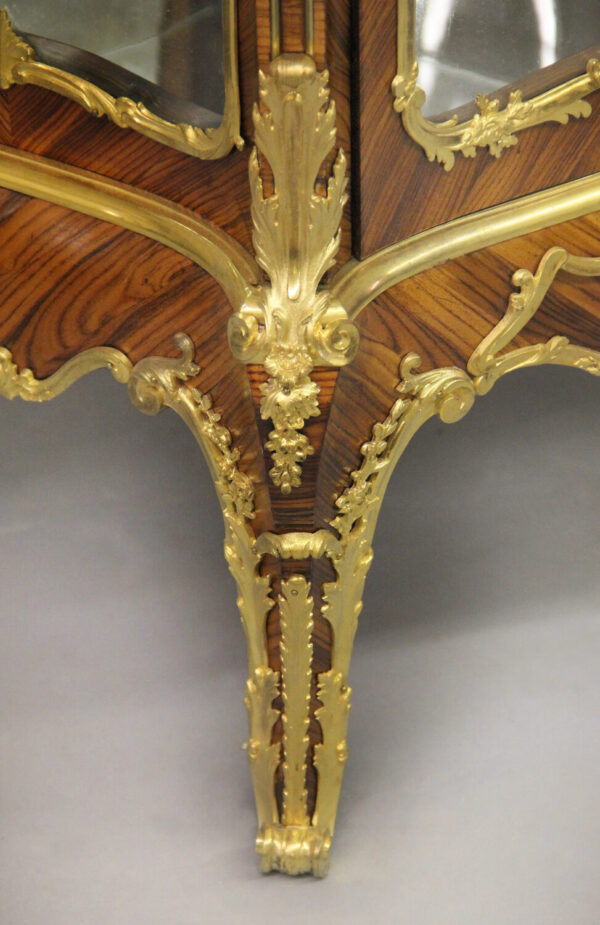 The serpentine-shaped brèche d’ alep marble top above a single centered glass door, flanked to each side by a conforming panel, the mirrored interior fitted with three adjustable glass shelves, the canted angles set with pierced foliate-cast clasps, above a bombé shaped apron, on cabriole legs with scrolled-acanthus sabots.