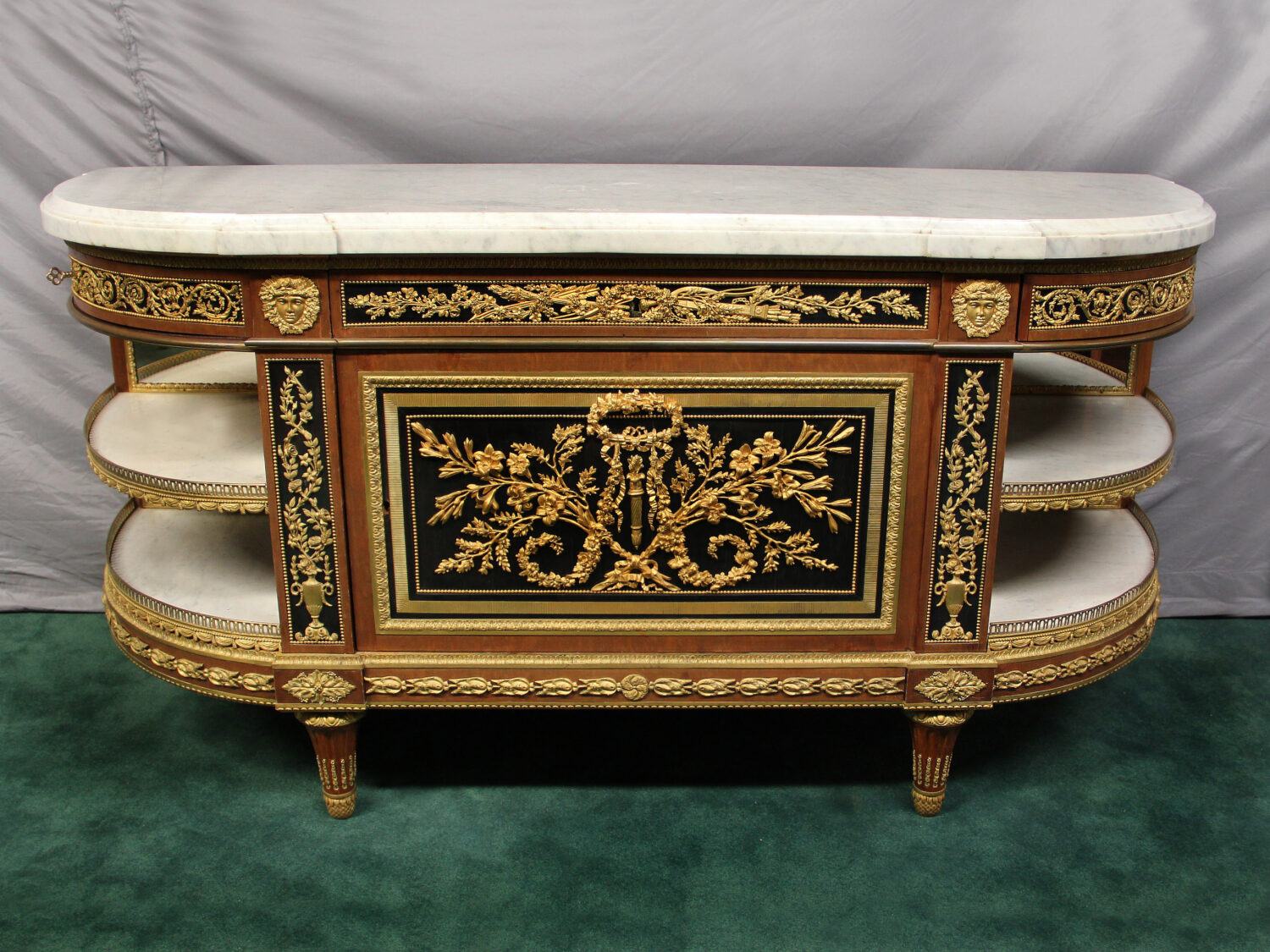 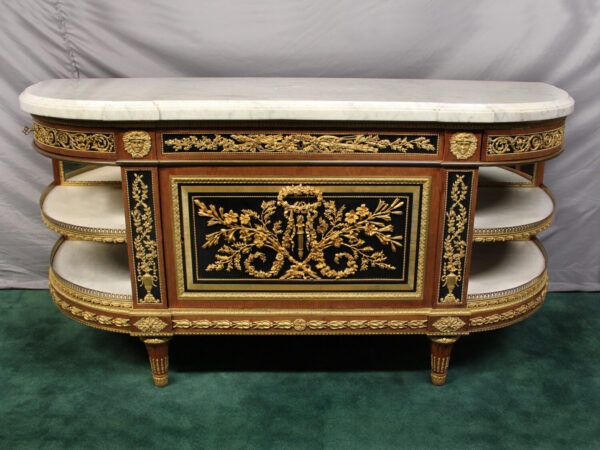 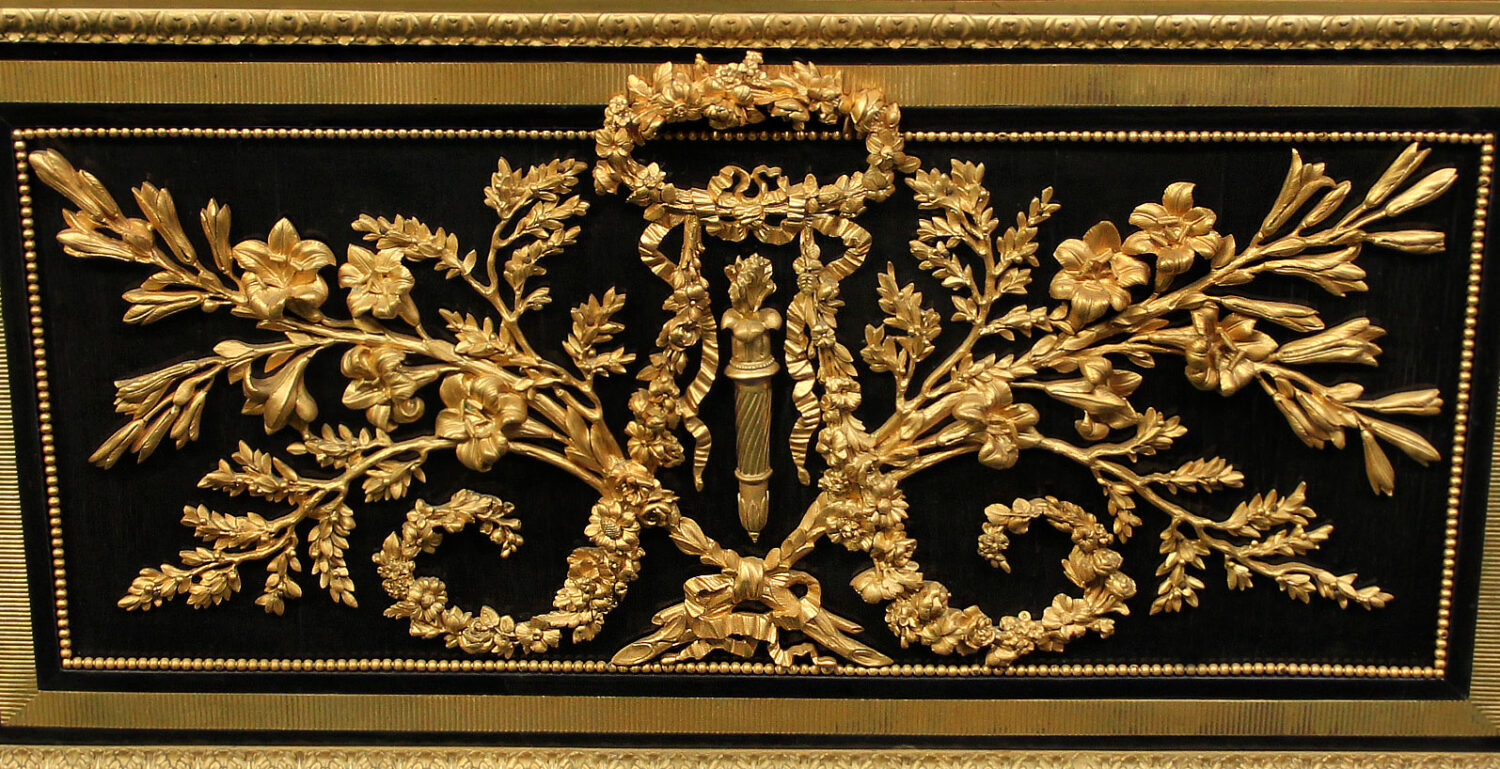 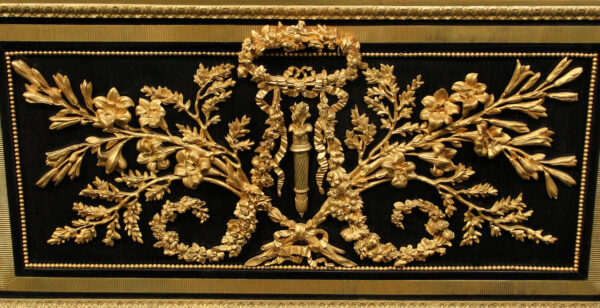 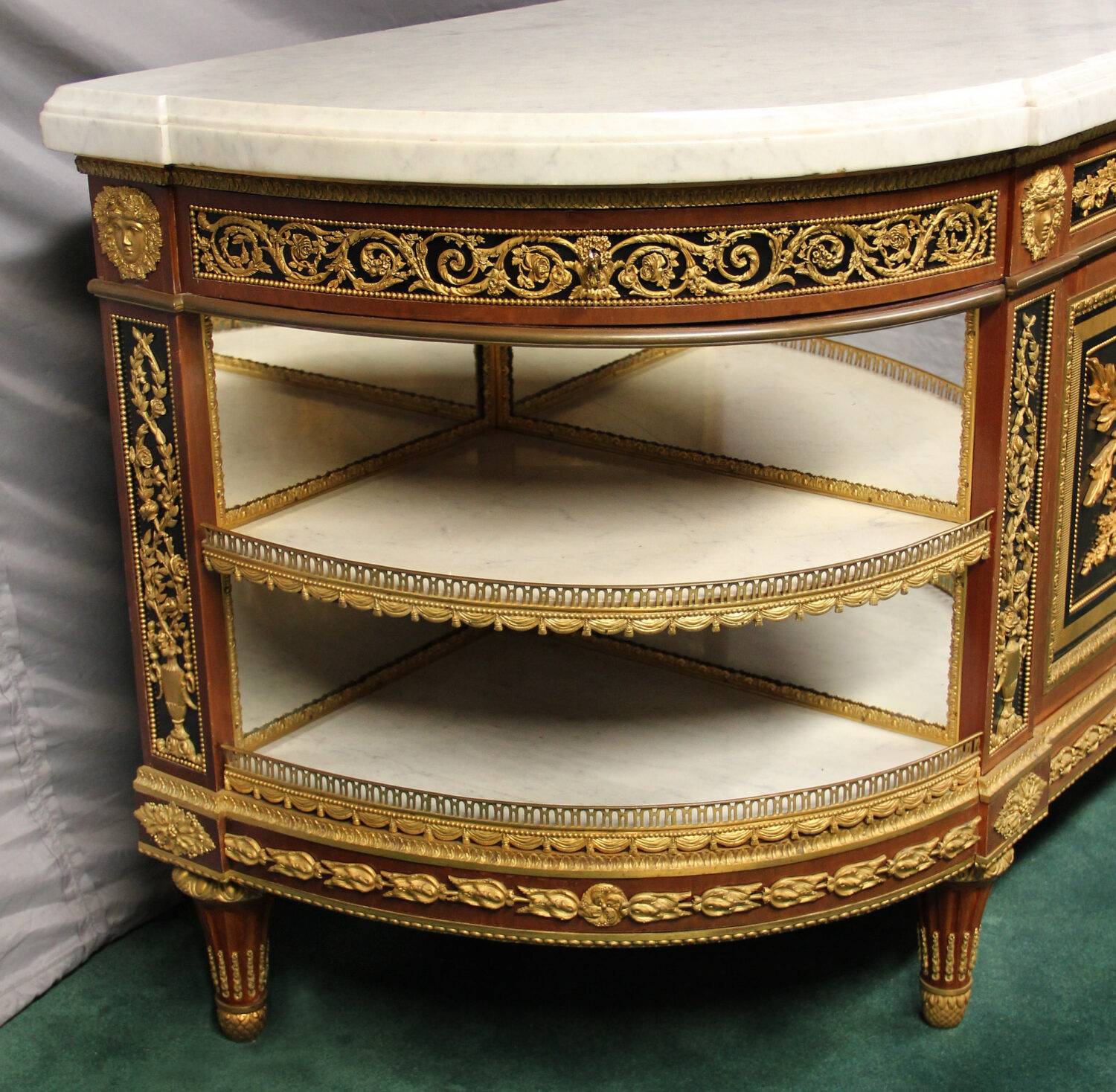 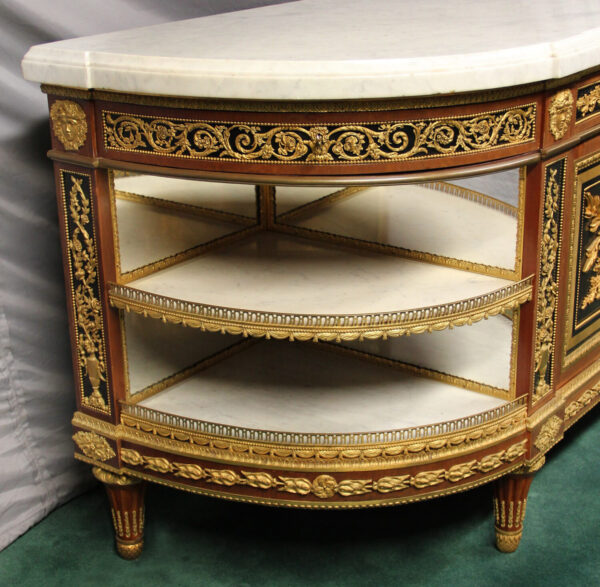 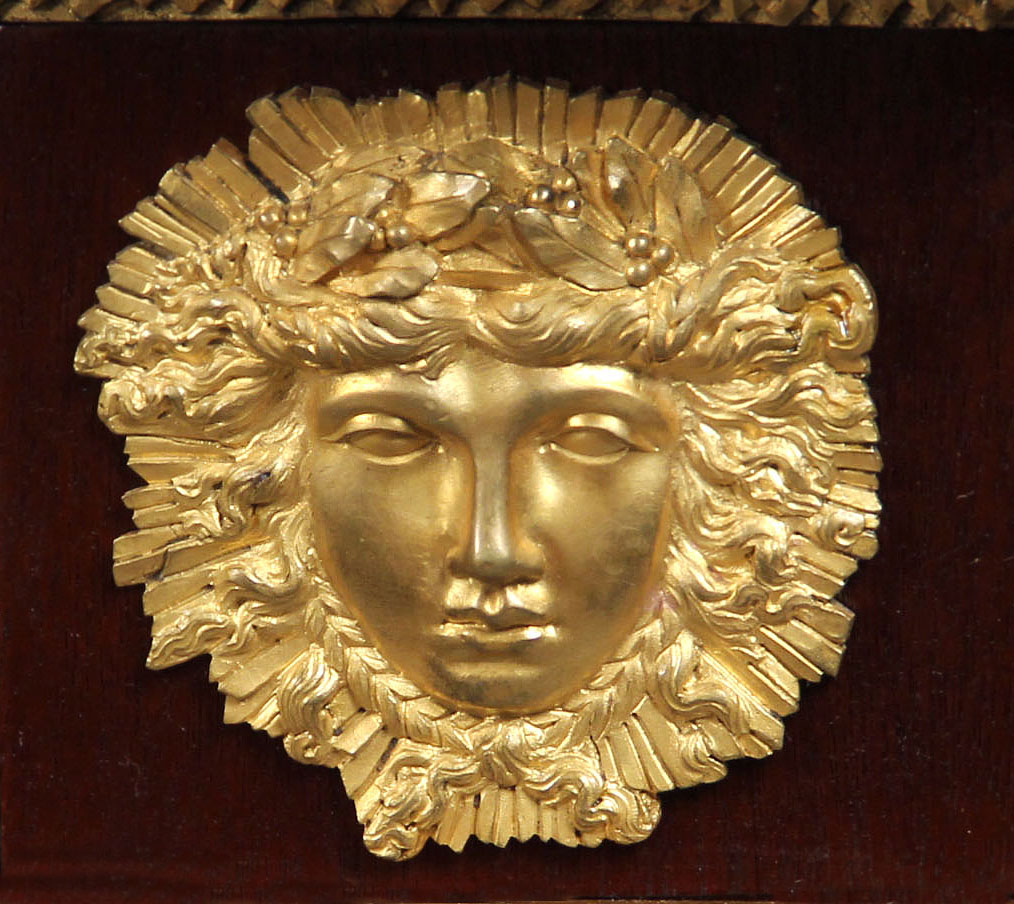 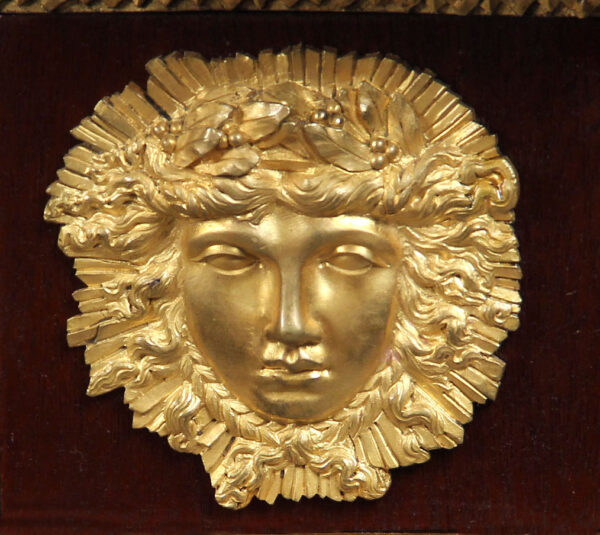 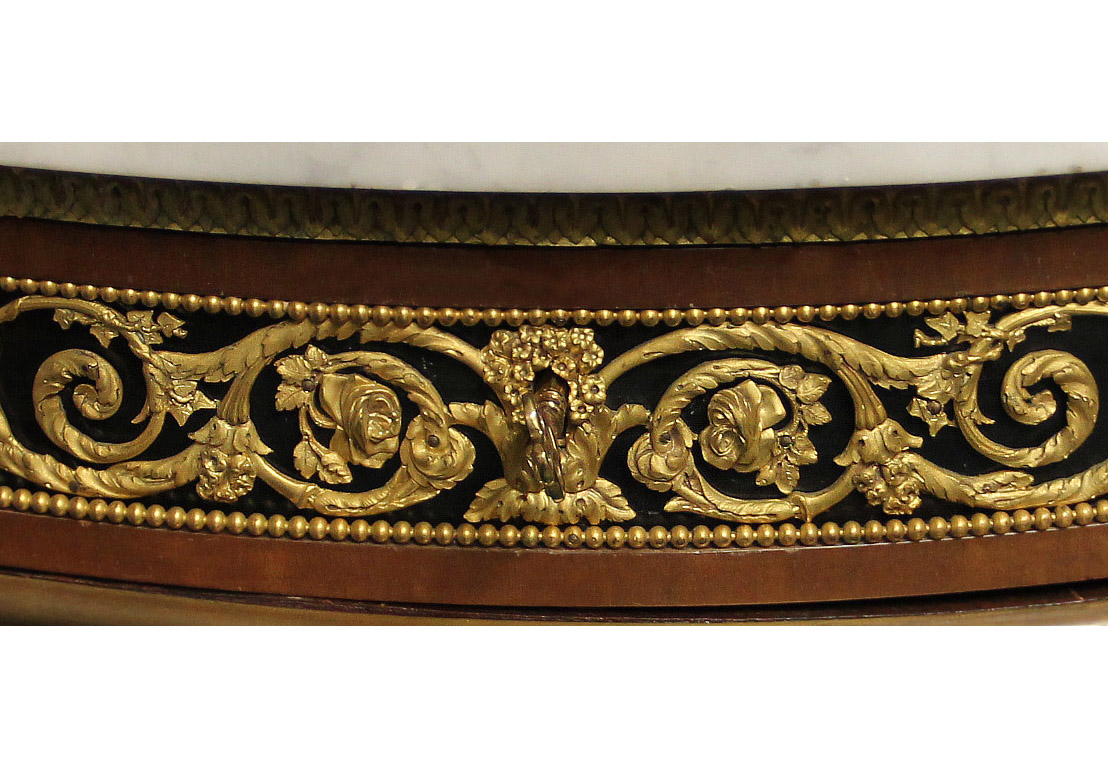 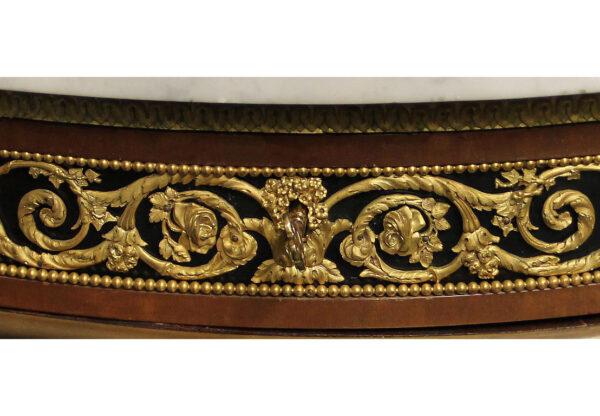 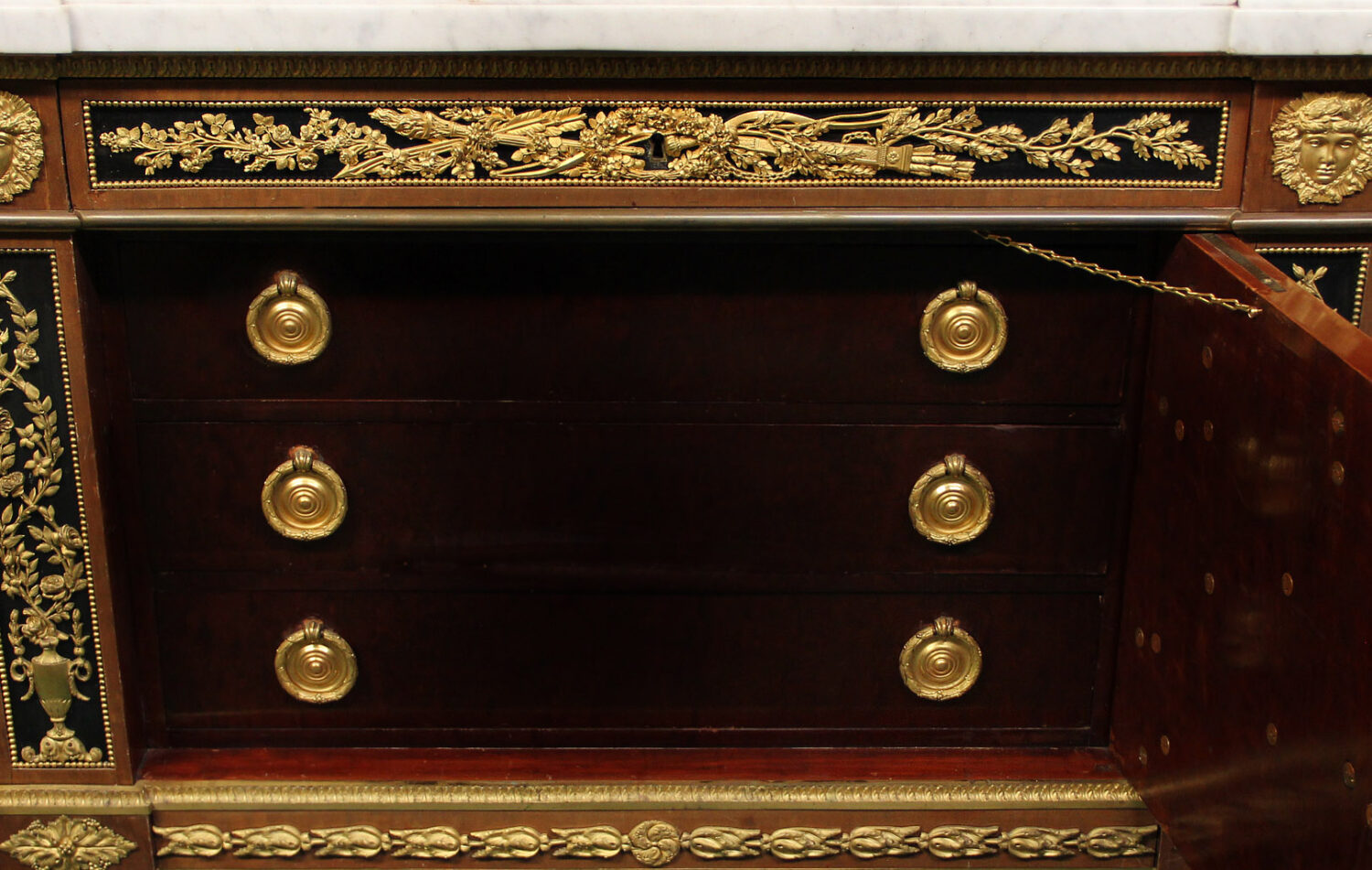 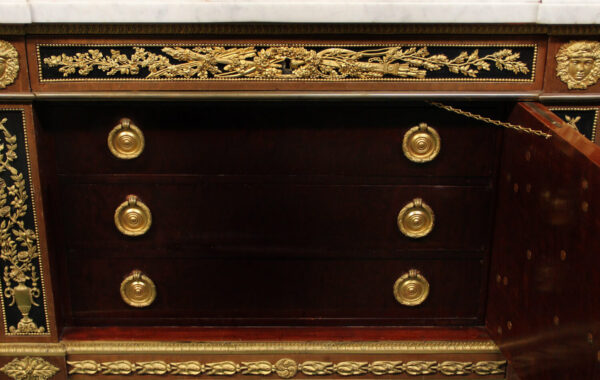 The demi-lune grey and white marble top above a central frieze drawer mounted with bows and quivers enterwined with flowering branches, flanked Apollo masks applied with flower-filled vases and two curved drawers with scrolling ivy and roses, over a cupboard door designed with a floral wreath opening to three interior drawers, with two mirror-backed marble shelves hung with tasseled drapes, on a bell-flower and patera-mounted base with fluted toupie fee.

Signed Henry Dasson 1893 to the right of the bronze rim.

After the very famous 18th century model by Benneman and Stockel.

The design for the present commode à l’anglaise is a 19th century variation of a model originally conceived by Joseph Stöckel for Marie-Antoinette in 1786 and later modified by Guillaume Benneman for the chambre de la Reine at St. Cloud. Guillaume Benneman was one of Marie-Antoinette’s preferred ébénistes who created splendid and profusely-mounted furniture during the ancien régime for Versailles, the Tuileries and Saint-Cloud. This popular model was reproduced by a number of preeminent 19th-century cabinetmakers, including François Linke, Alfred Beurdeley and Henry Dasson.