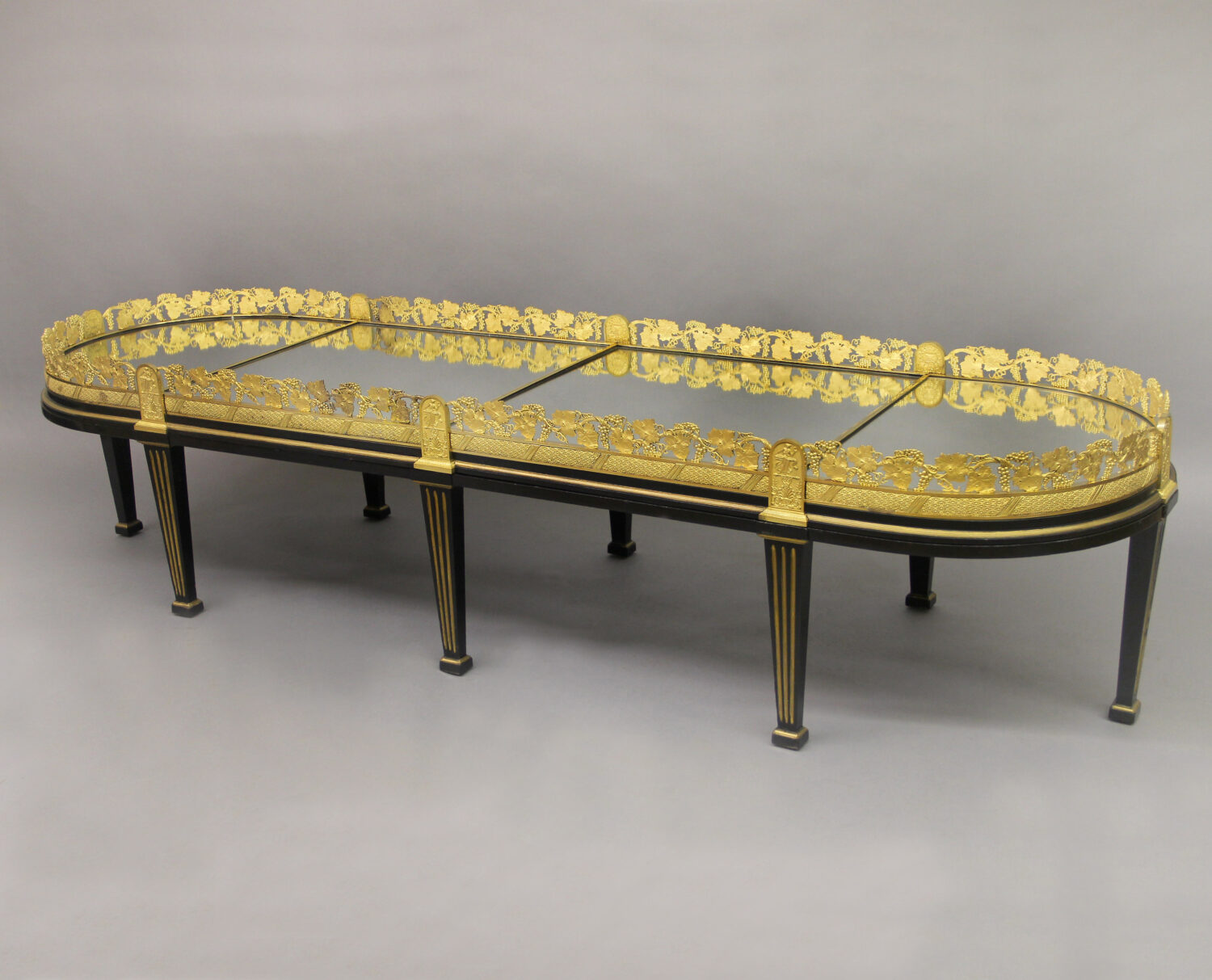 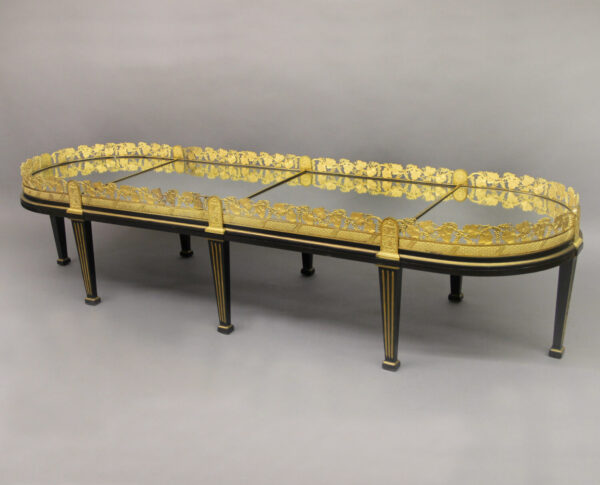 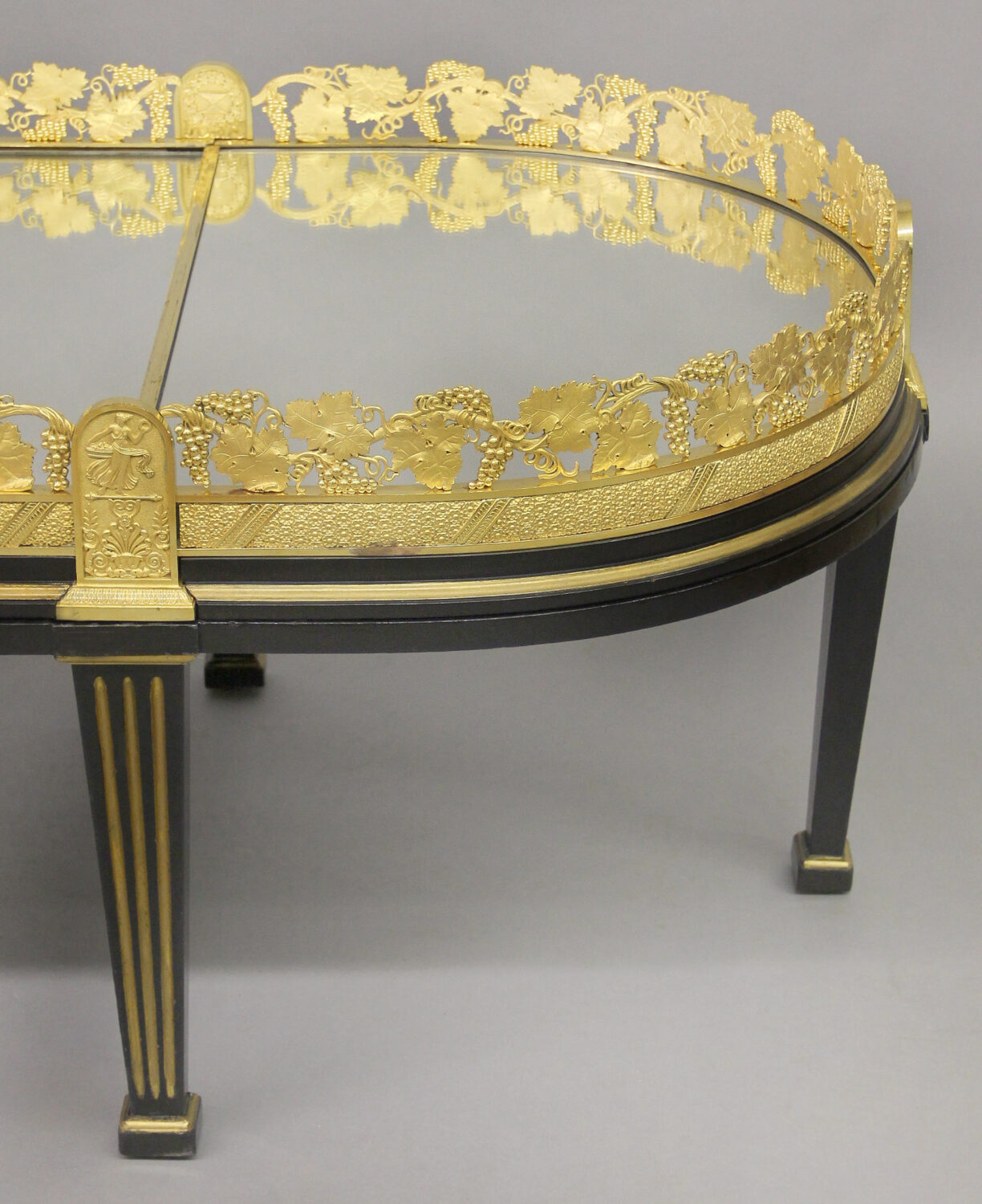 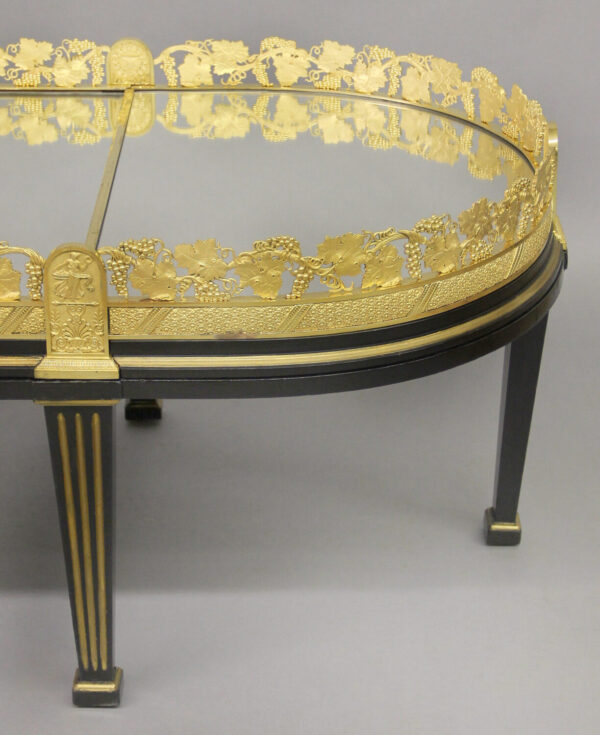 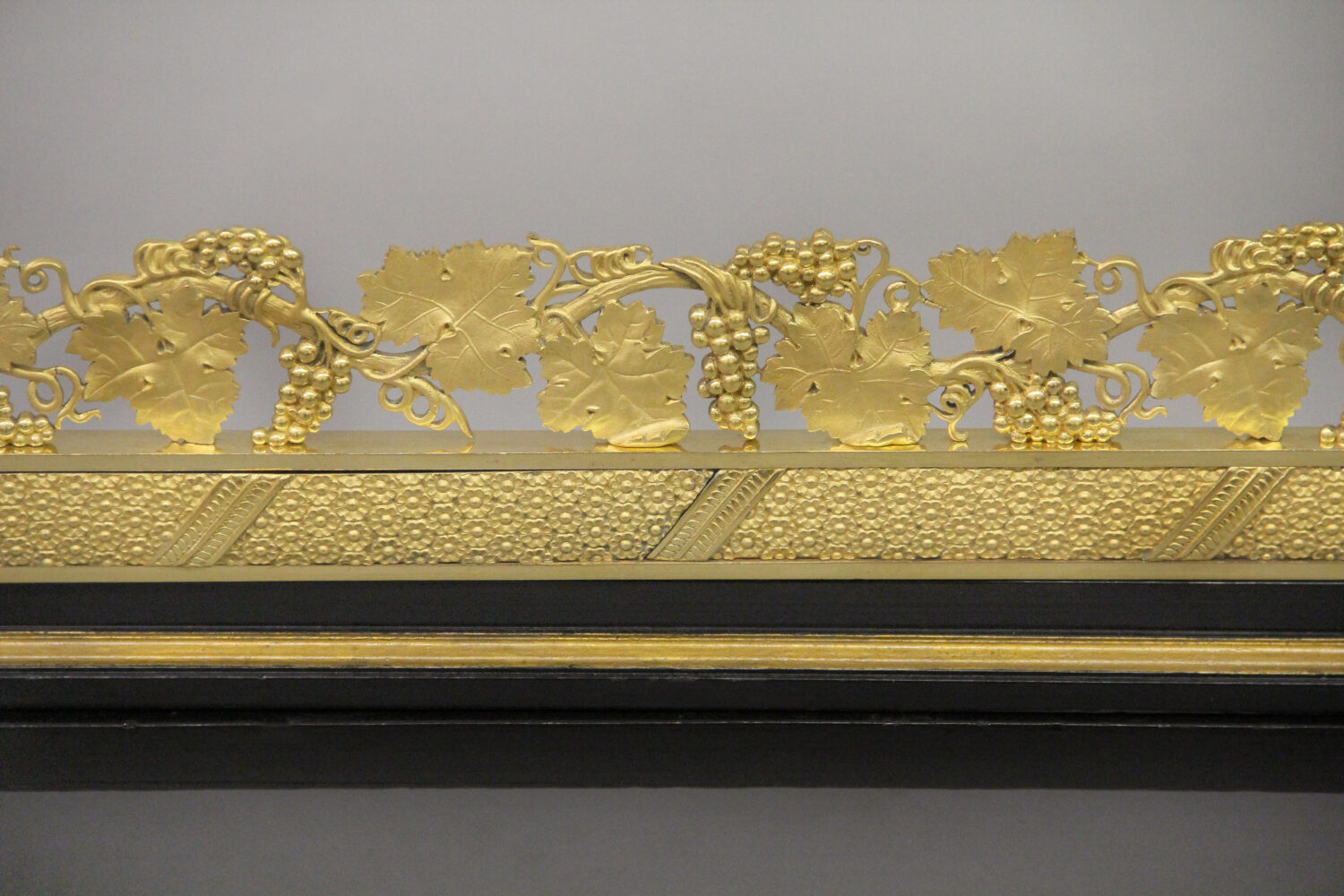 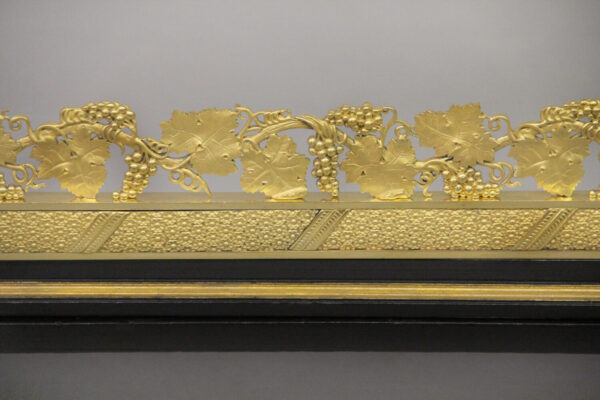 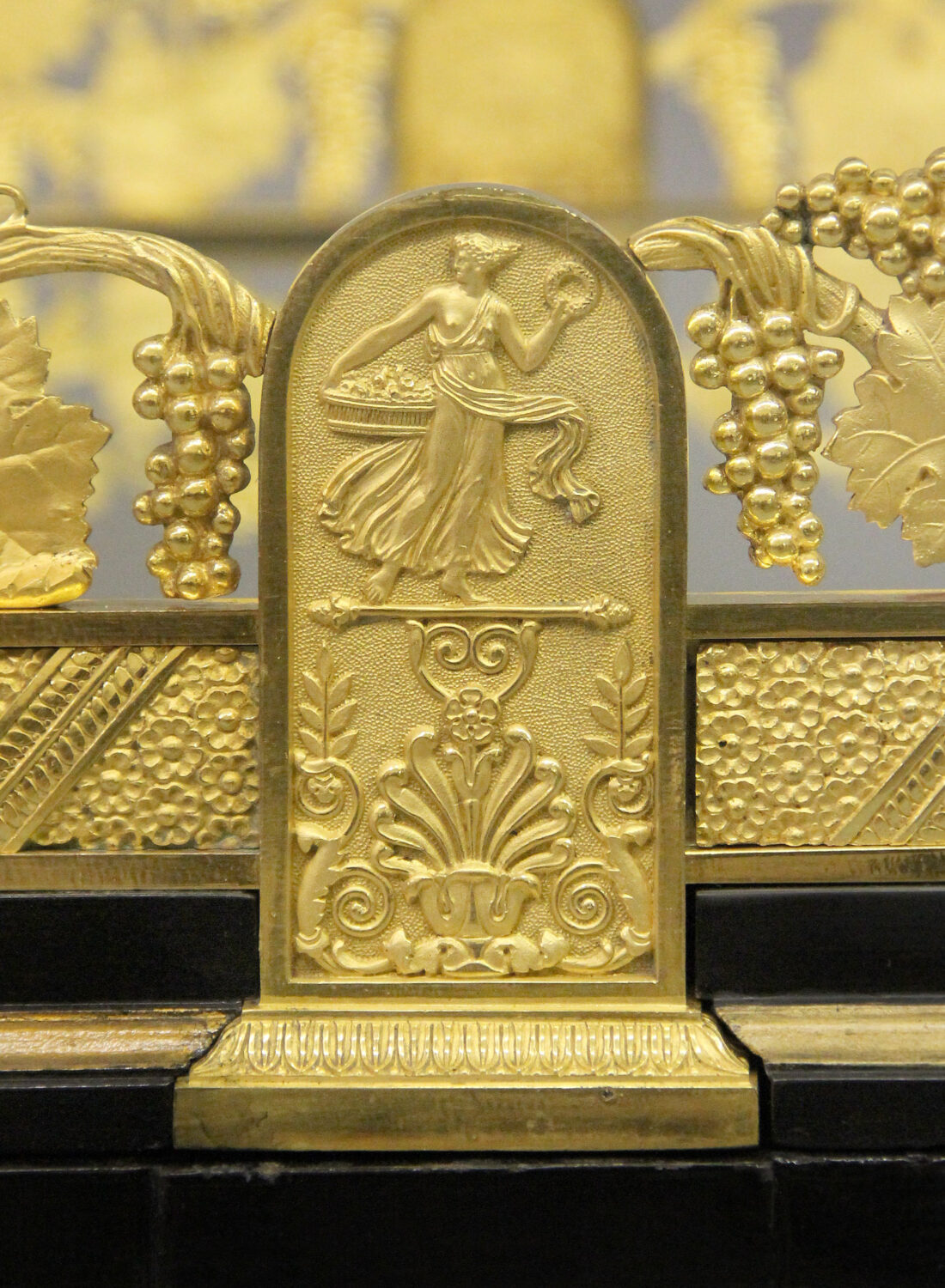 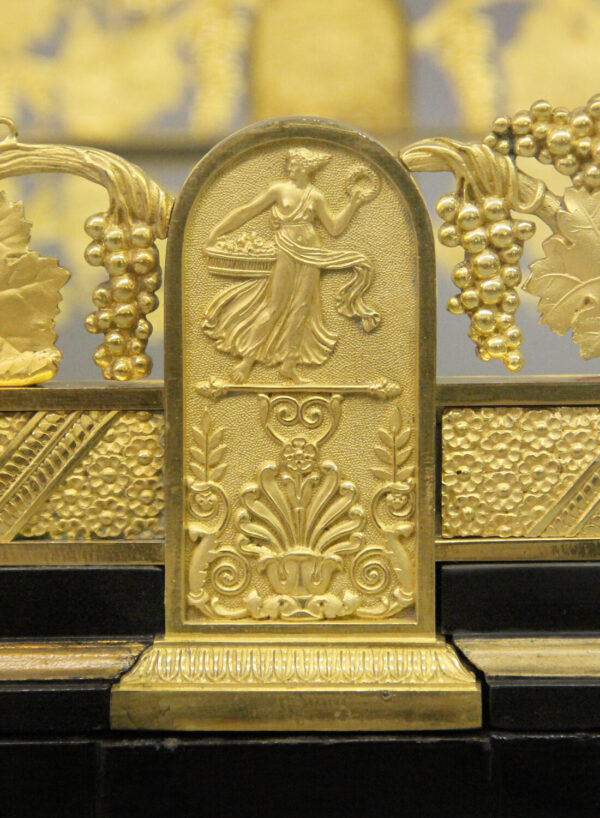 This wonderful plateau cast with a grapevine bronze gallery, centered with a mirror base, and raised on an ebonized wood table. It can be used as a low center table or taken off the legs and centered on a large dining room table.

Takes after the oeuvre of the celebrated ciseleur-doreur Pierre-Philippe Thomire (1751-1843).

Surtouts de table began to appear towards the end of the 17th century under the reign of Louis XIV. It was however during the 18th century and early 19th century that they became a fundamental, almost architectural, decorative element on royal and aristocratic tables. Surtouts de table which commonly comprised a plateau as well as centerpieces, tazze and vases were part of a visual language promoting the arts, skilled craftsmanship and overall splendor of France. Since the individual elements of the surtout served to display spices or other types of condiments that were needed throughout the meal, the surtout stayed in the centre of a table during the whole length of the meal.

In the early 19th century, especially when the service à la russe came into fashion (when food was presented one course at a time and left the center of the table bare of decoration), Thomire dominated the production of surtouts de table. His designs with an ornamentation often echoing the foods and drinks served on the table were highly fashionable and were a great source of inspiration for other craftsmen. The use of gilt-bronze and glass, culminated by the mirrored plateau, participated to reflect light and created a lavish dining experience.