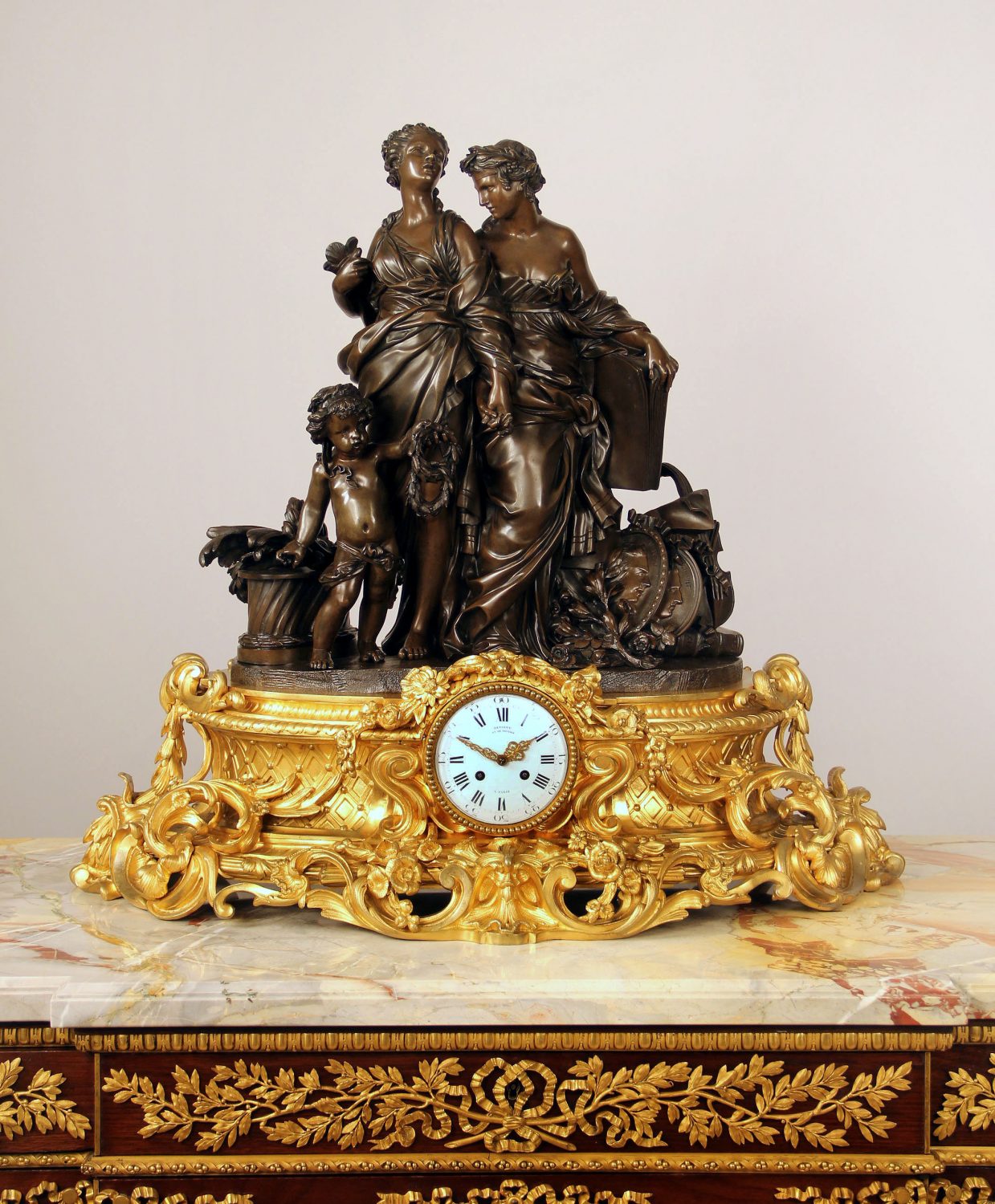 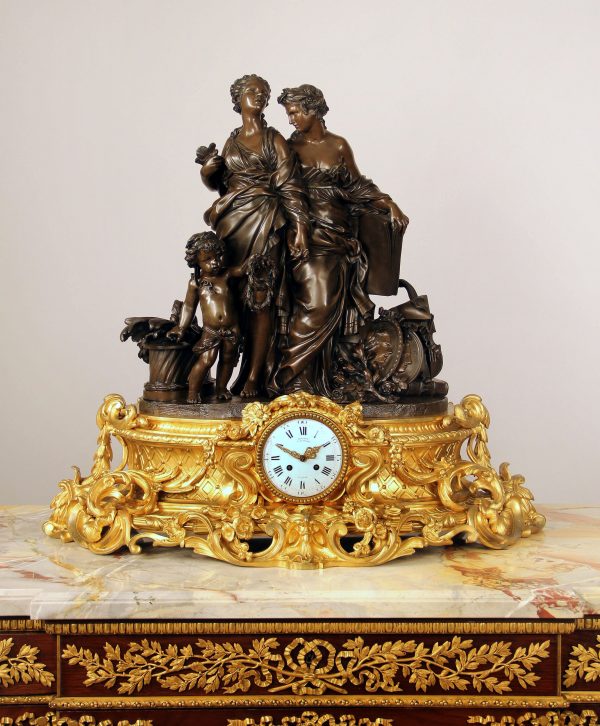 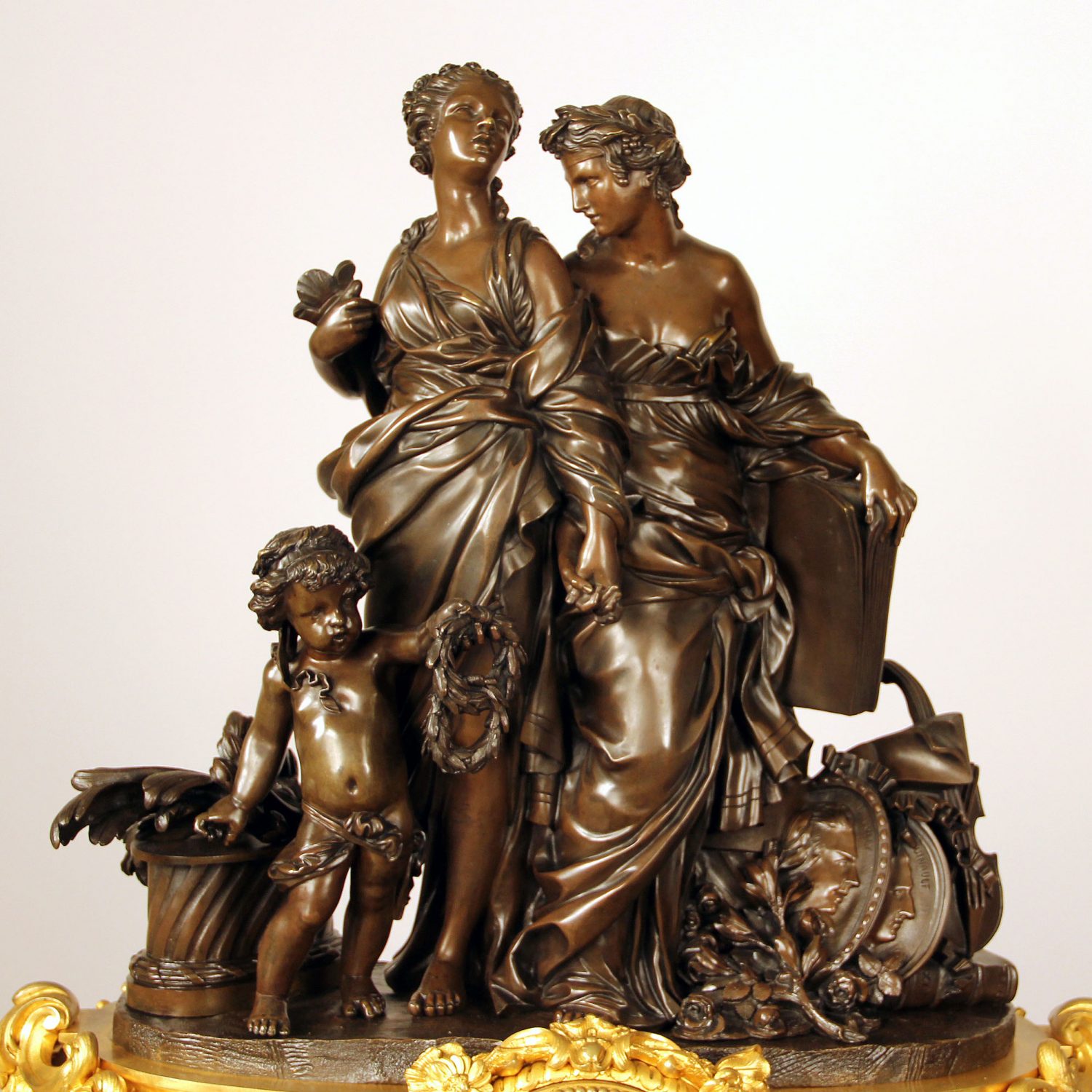 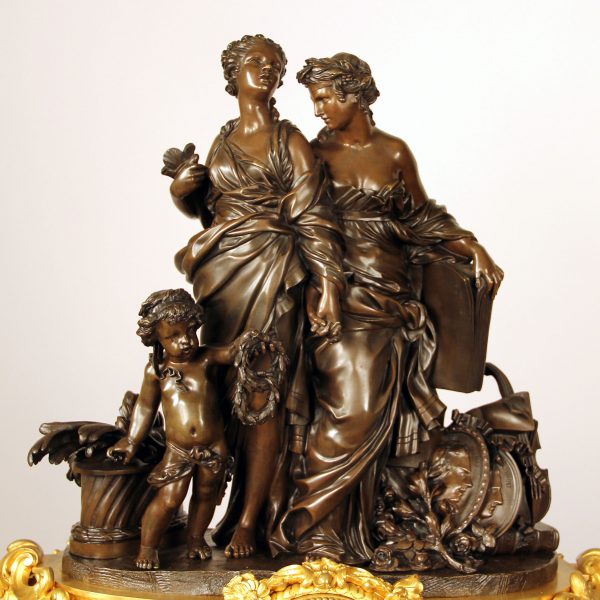 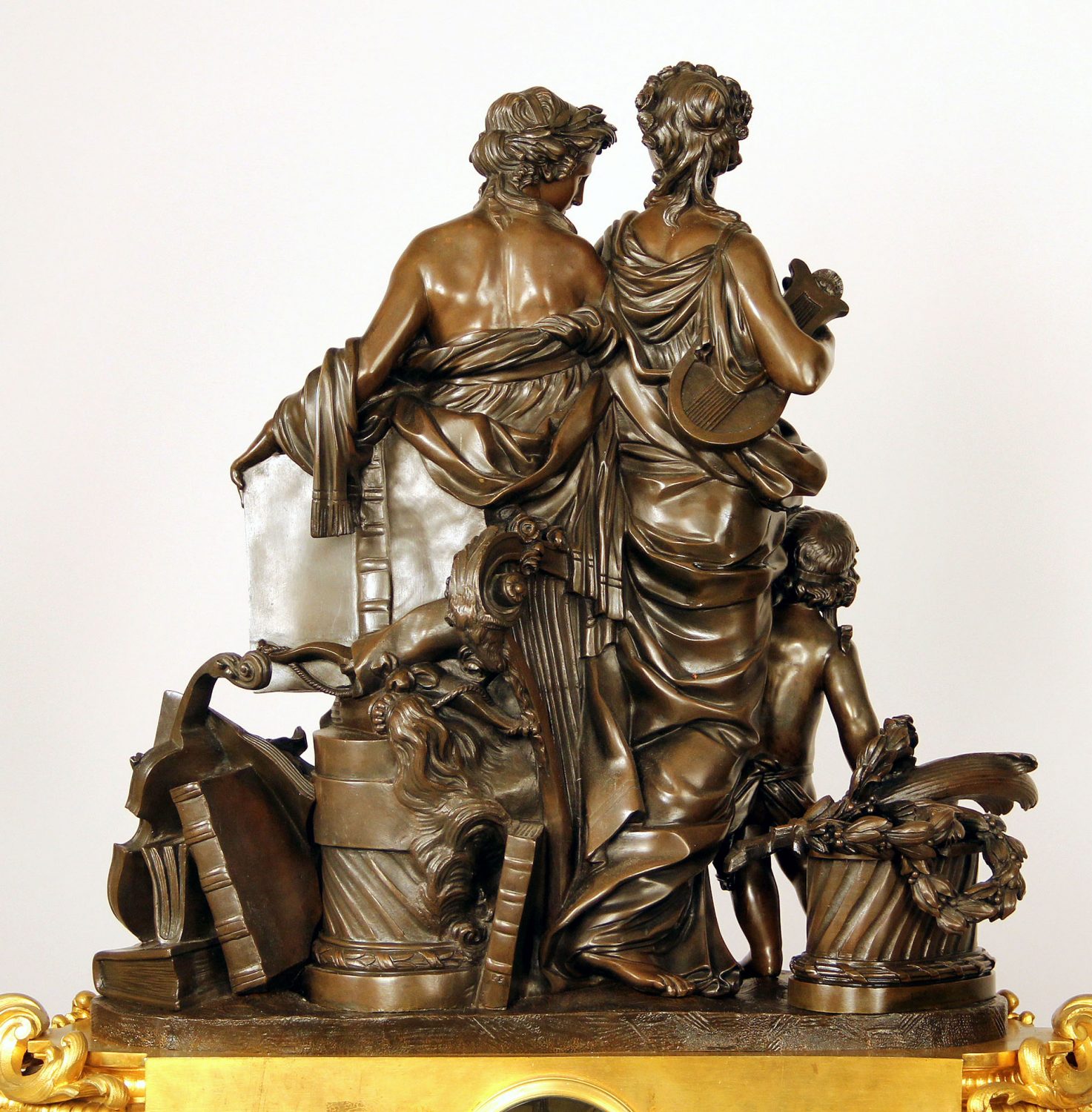 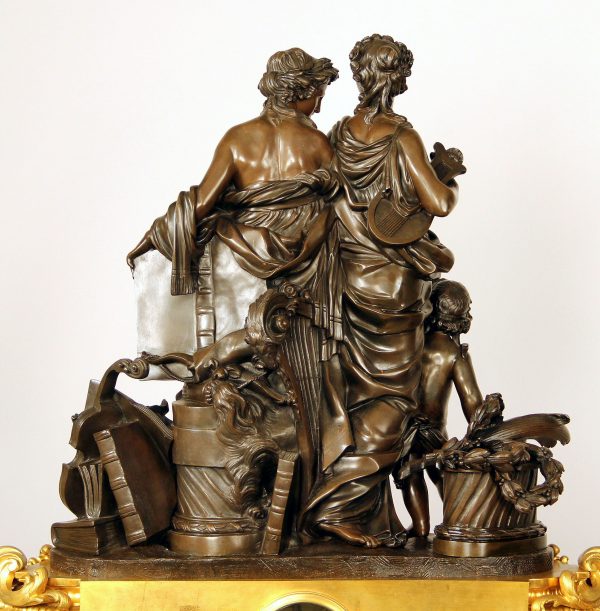 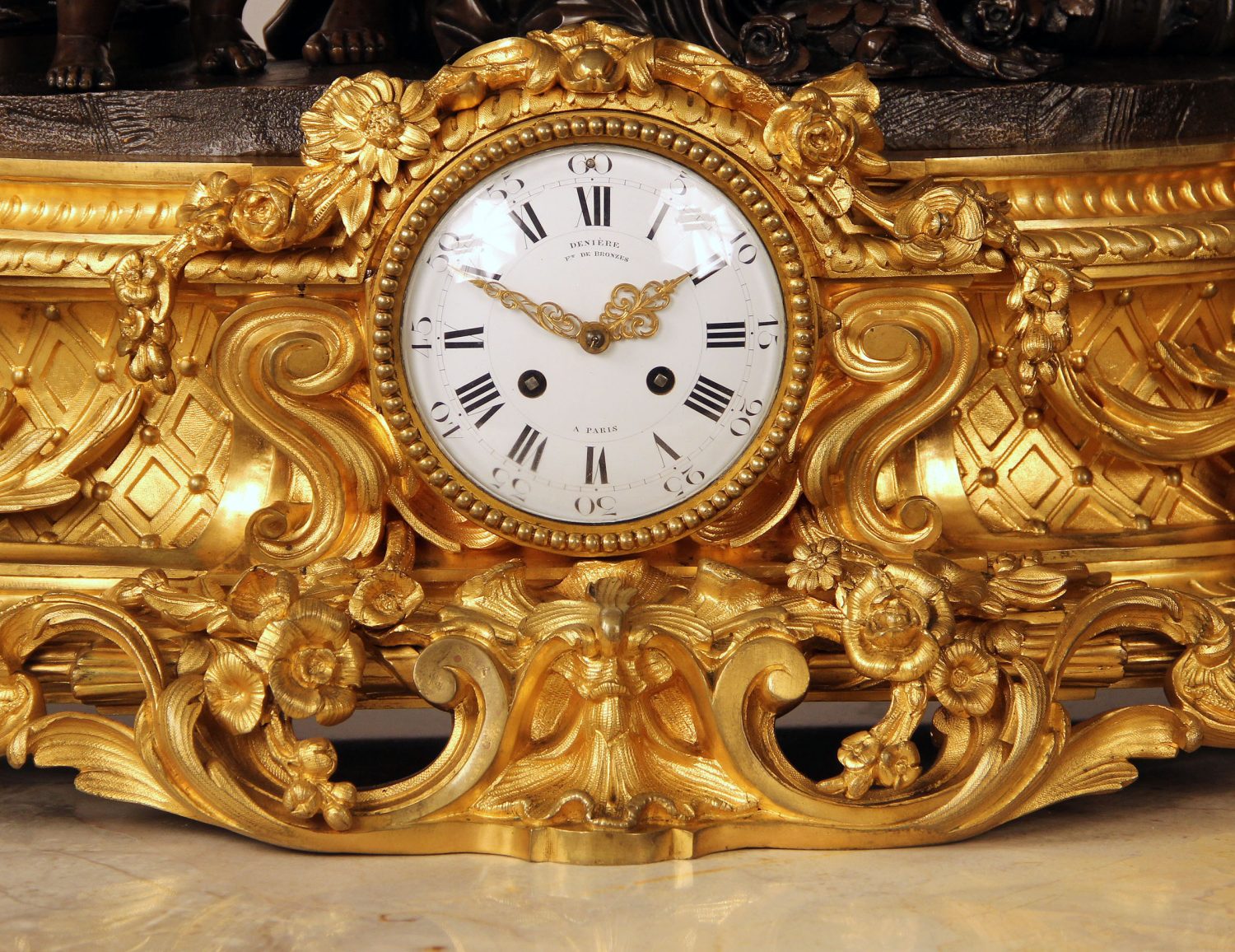 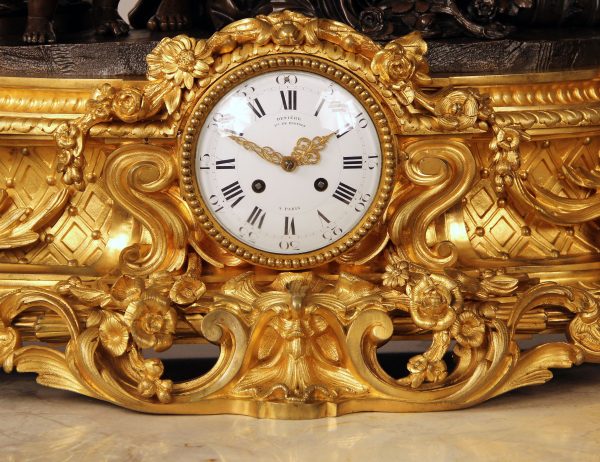 By Jean-François and Guillaume Denière

The fine bronze sculpture of two maidens and a cherub with instruments, books and trophies sitting upon a gilt bronze floral base.

Jean-François and Guillaume Denière ( Fl. 1820-1901) Jean-François Dénière set up business as a fabricant de bronzes in 1803. He was at 58 rue de Turenne in 1813 and by 1820 at 9 rue d’Orléans au Marais. He went into partnership with his son Guillaume in 1844. According to the notes on makers in the French version of the catalogue for the 1862 International Exhibition in London, they were one of the first serious competitors to Thomire. The company’s work was illustrated by J.B. Waring in his treatises on both the 1851 and the 1862 exhibitions, and George Wallis of the South Kensington Museum wrote in his analysis of the bronzes and works of art for the Art Journal Supplement 1851 that decorative adjuncts in bronze ormolu formed a very striking feature of Deniere’s display. The firm exhibited widely to the end of the century and finally closed in 1903 some sixty years after Thomire.