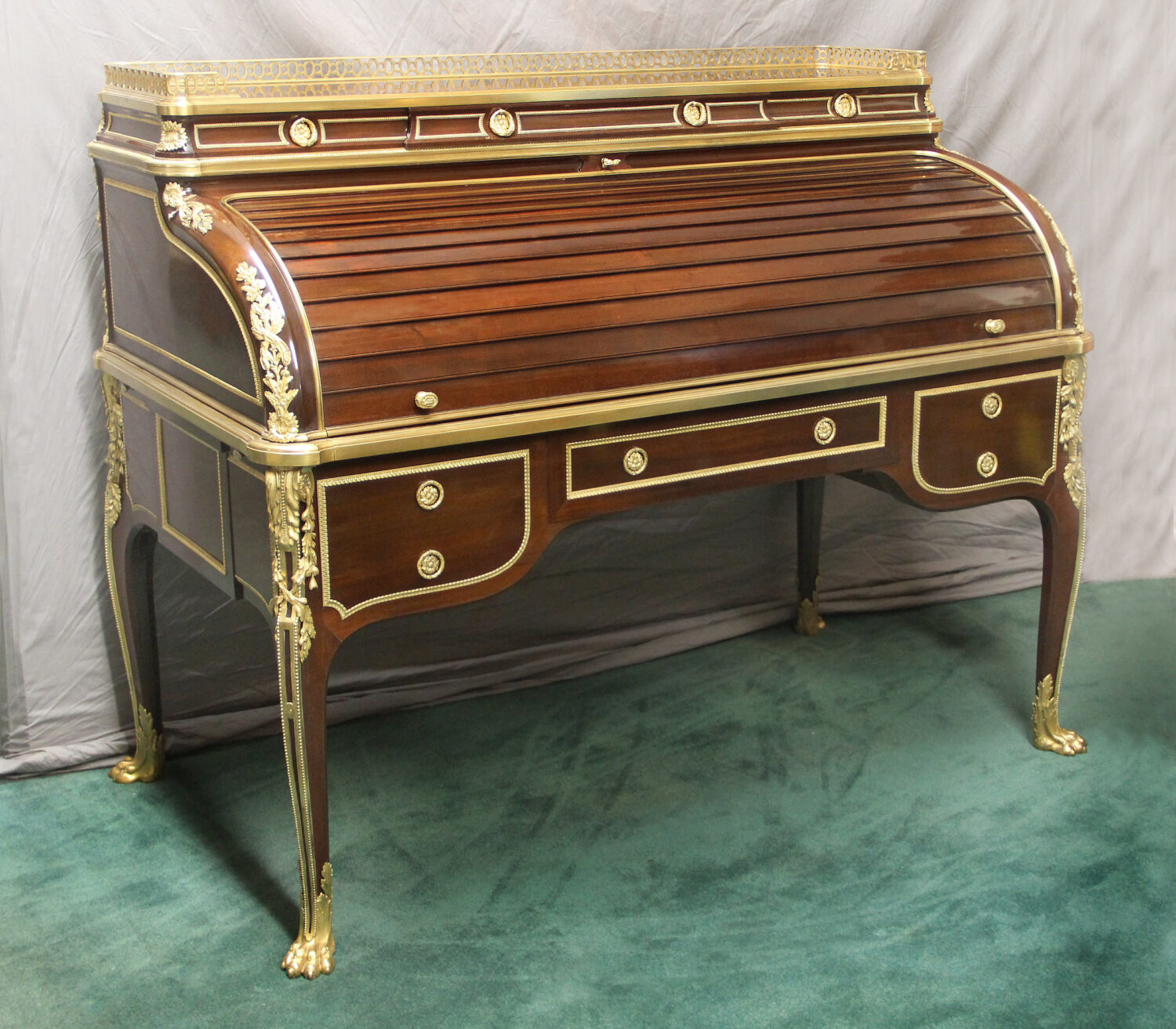 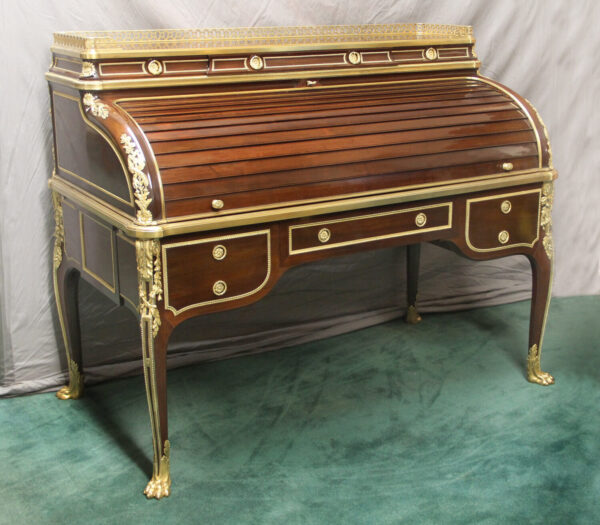 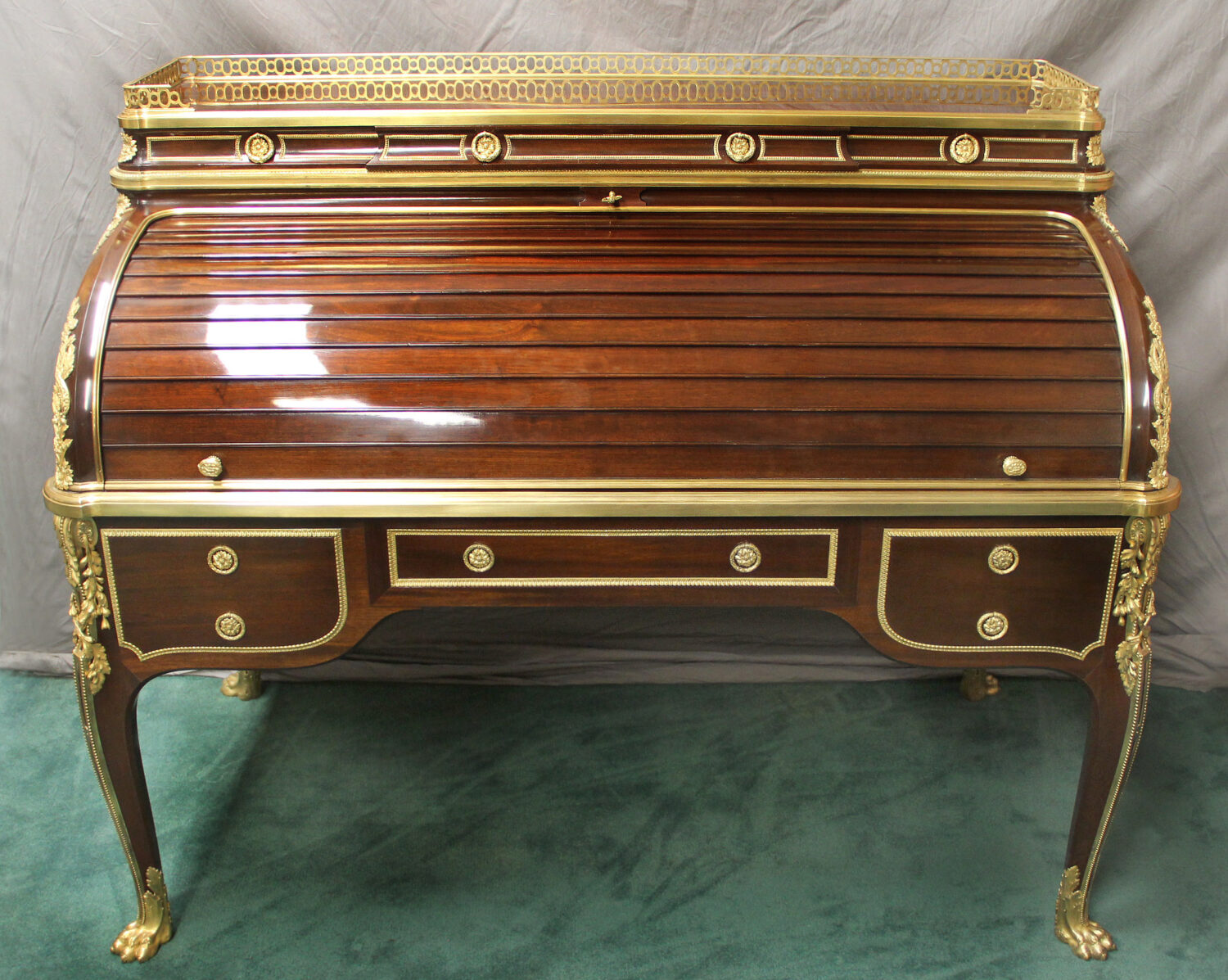 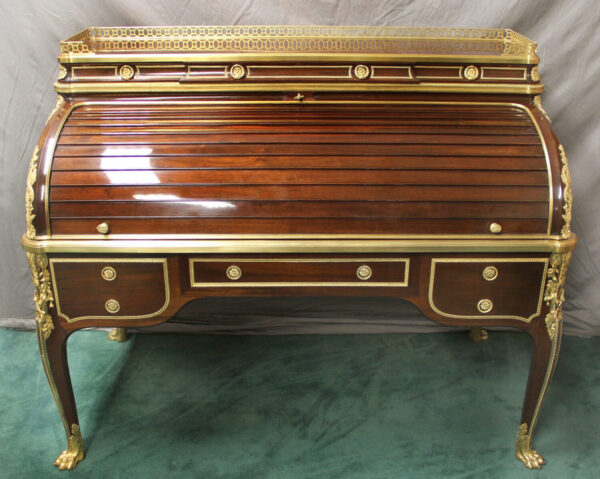 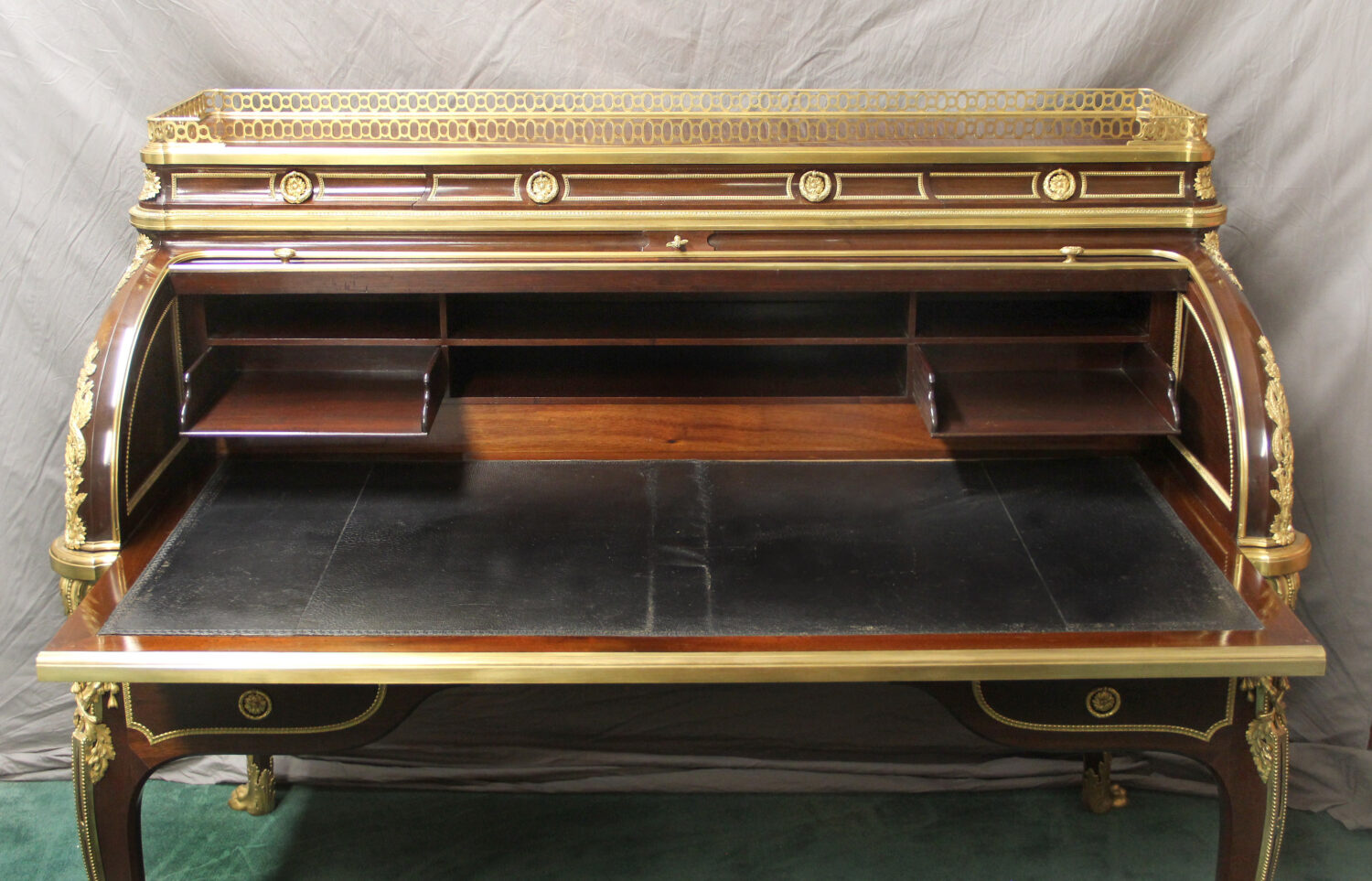 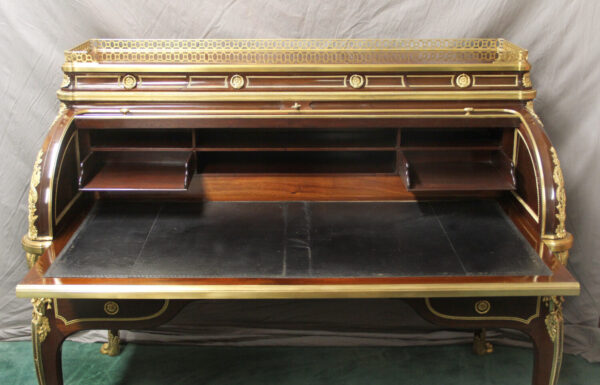 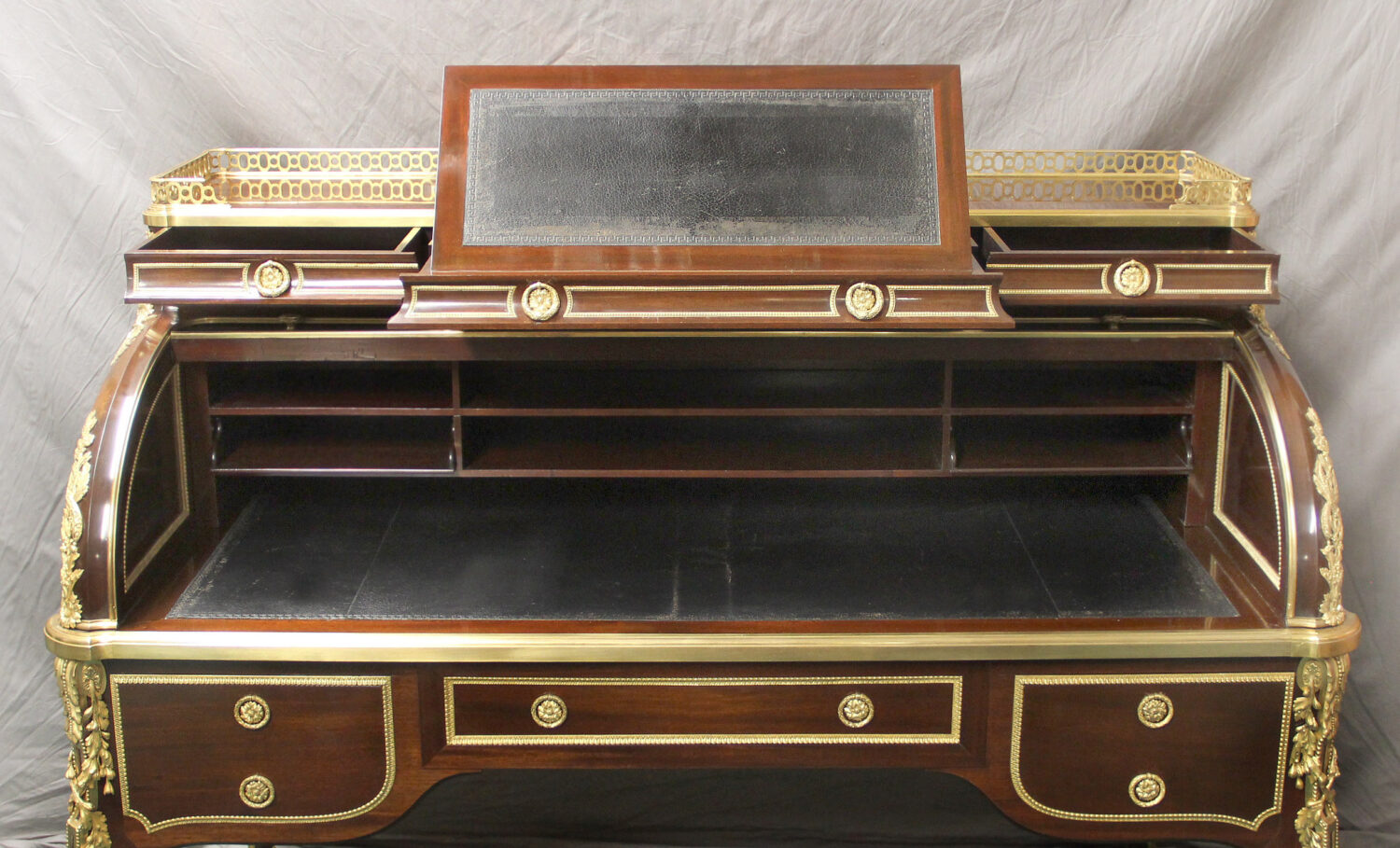 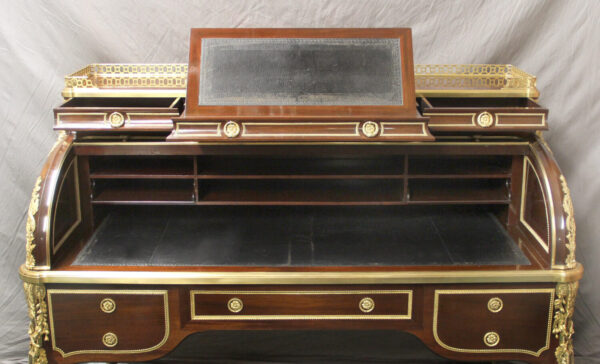 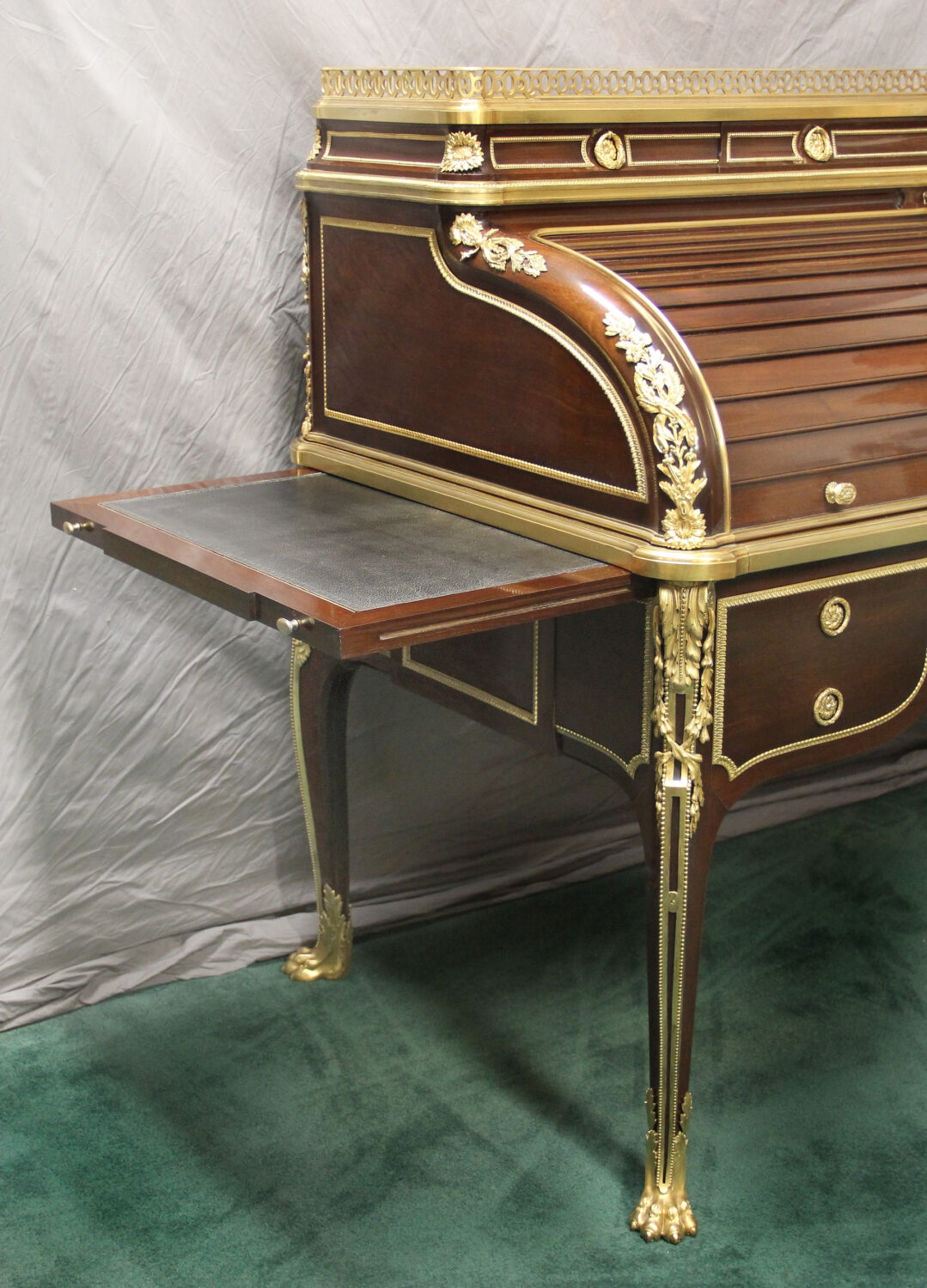 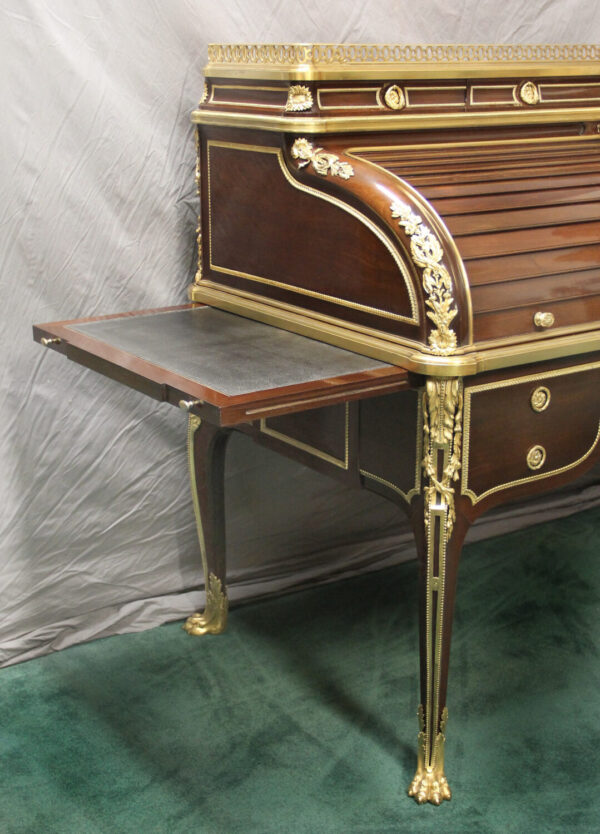 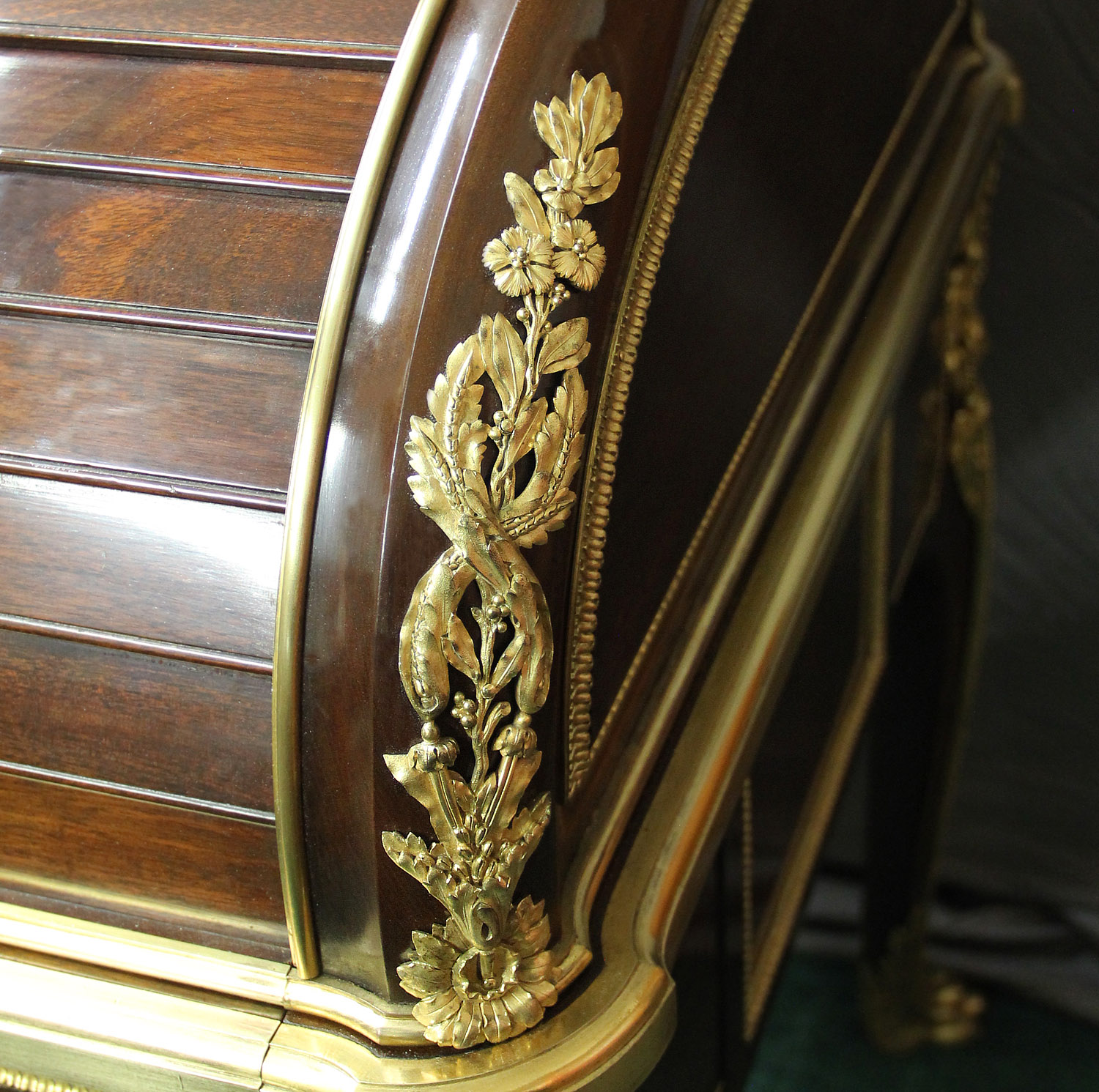 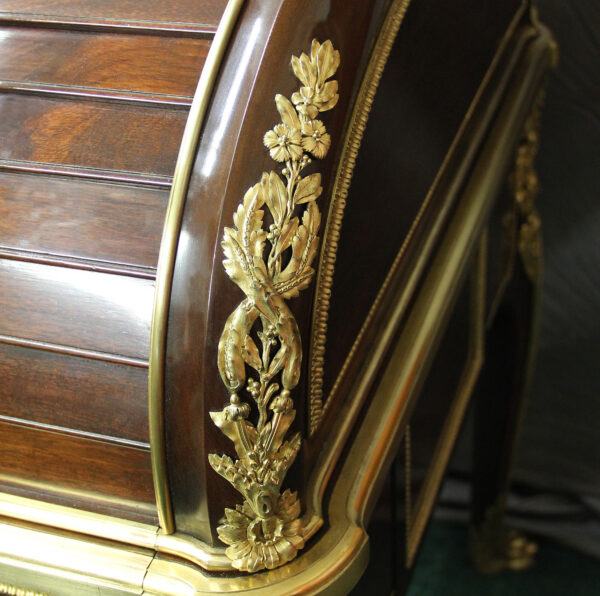 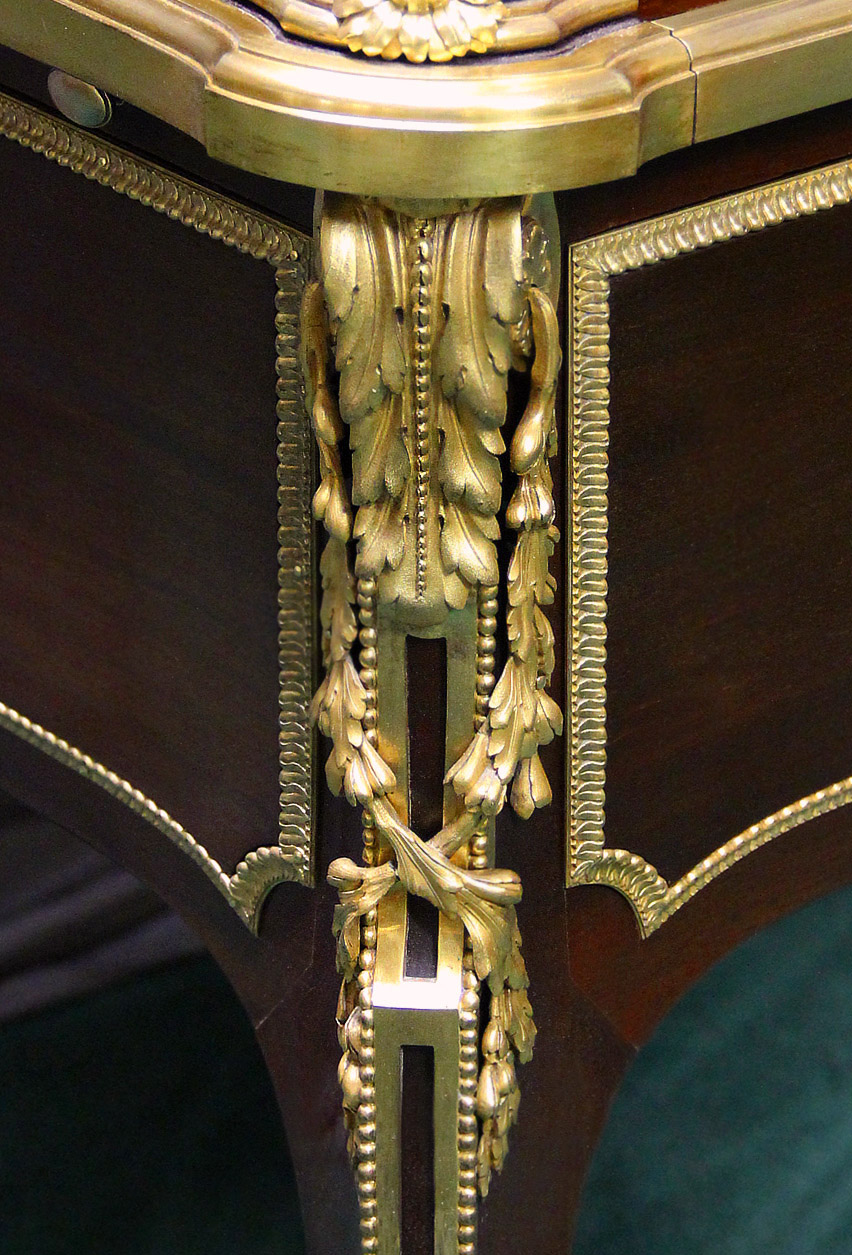 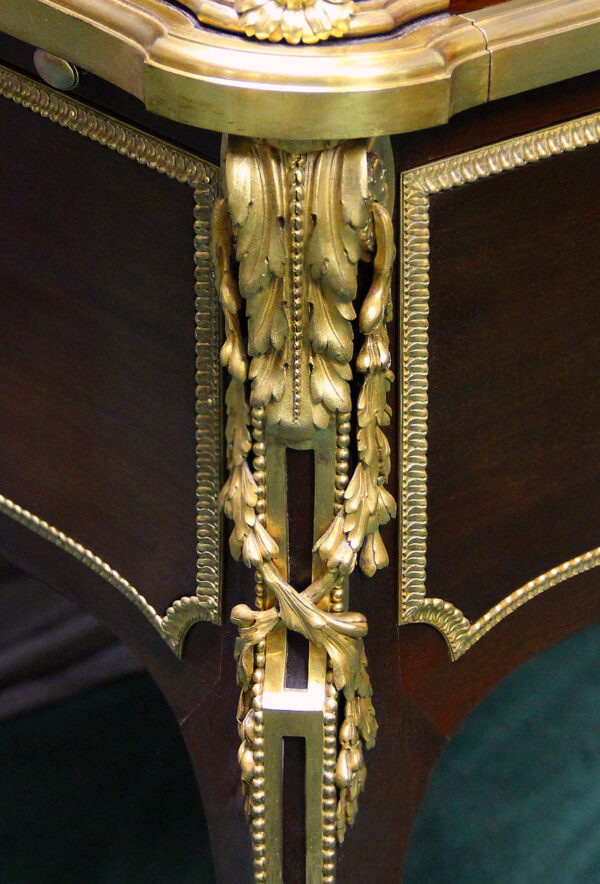 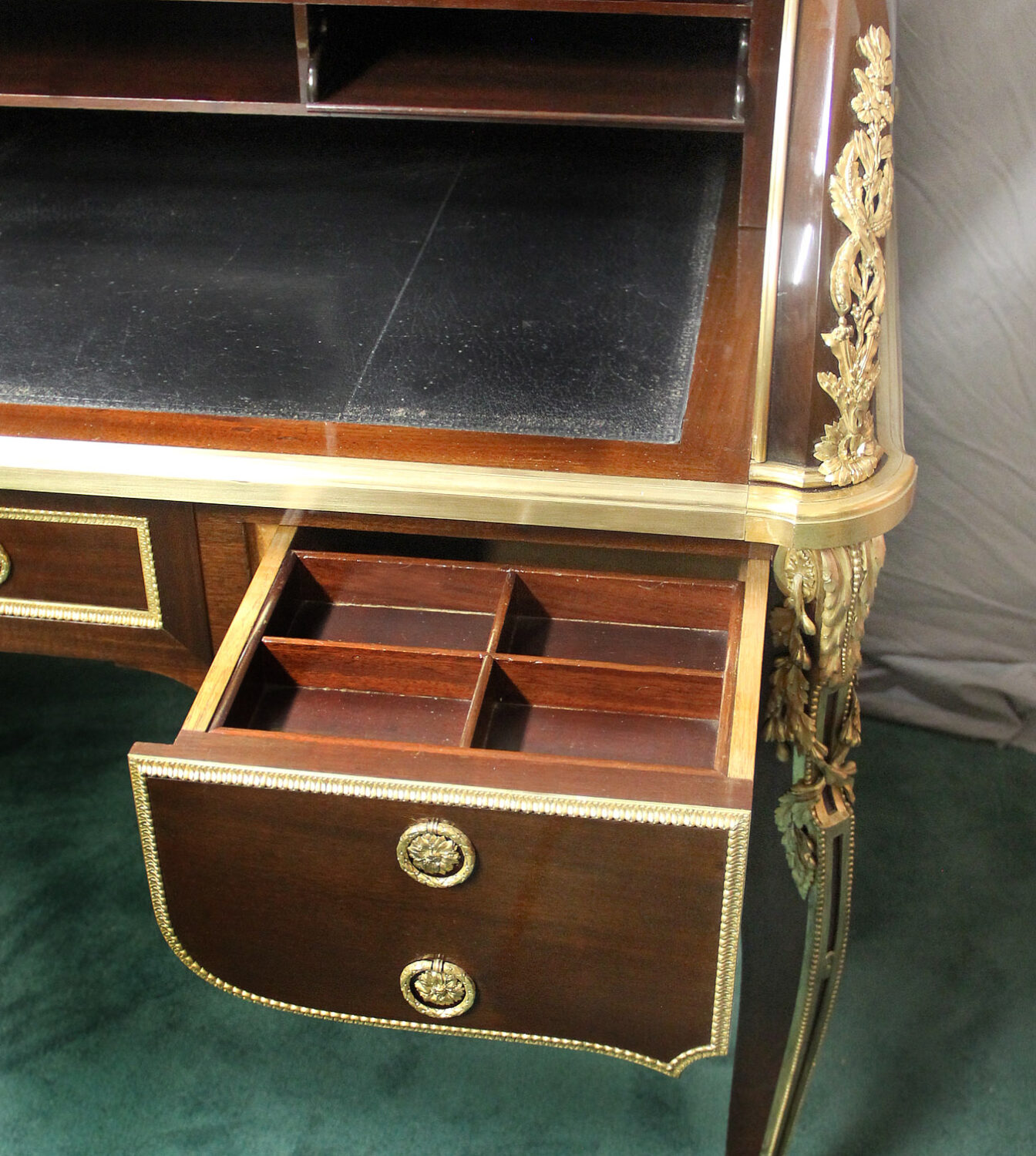 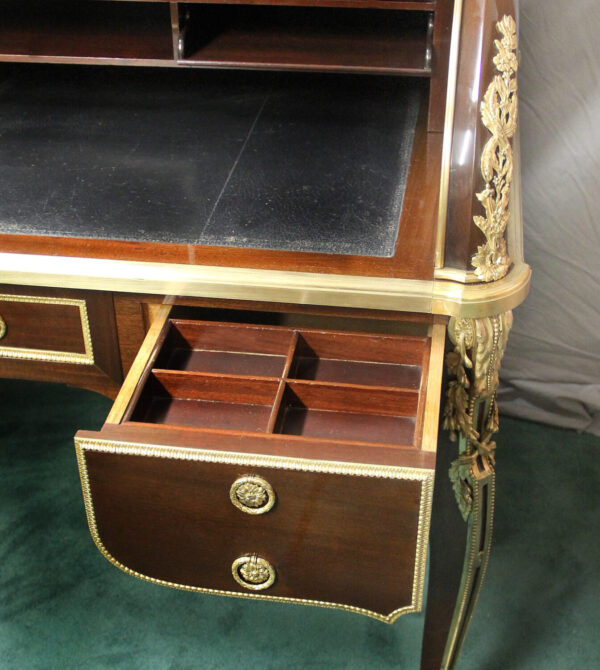 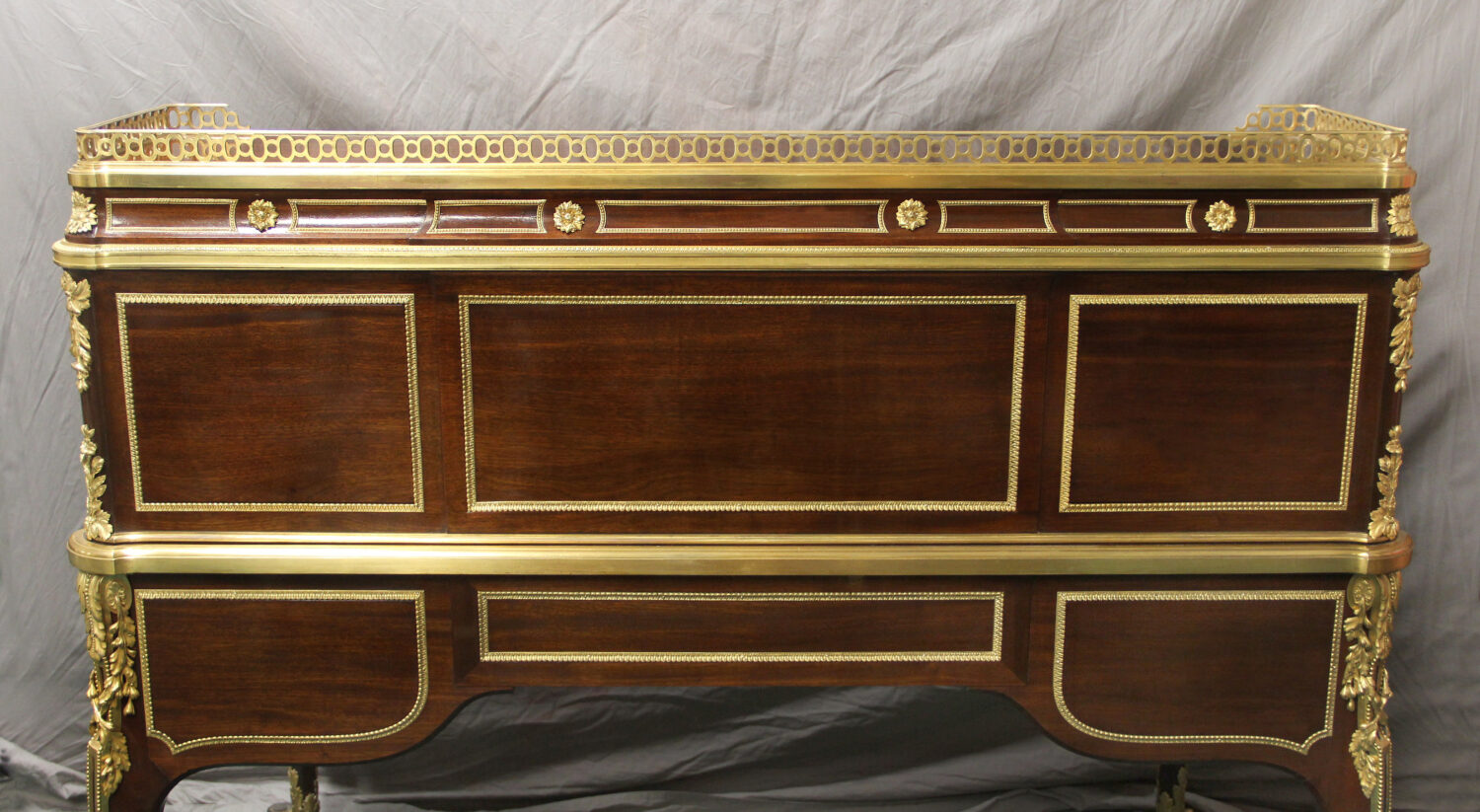 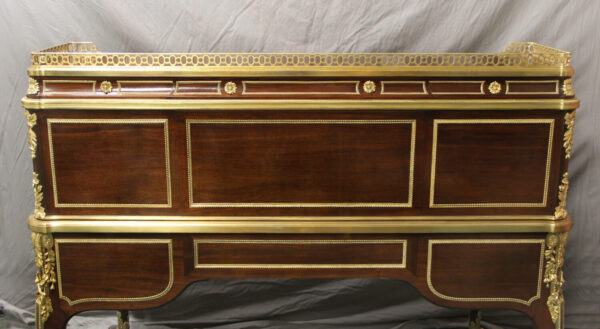 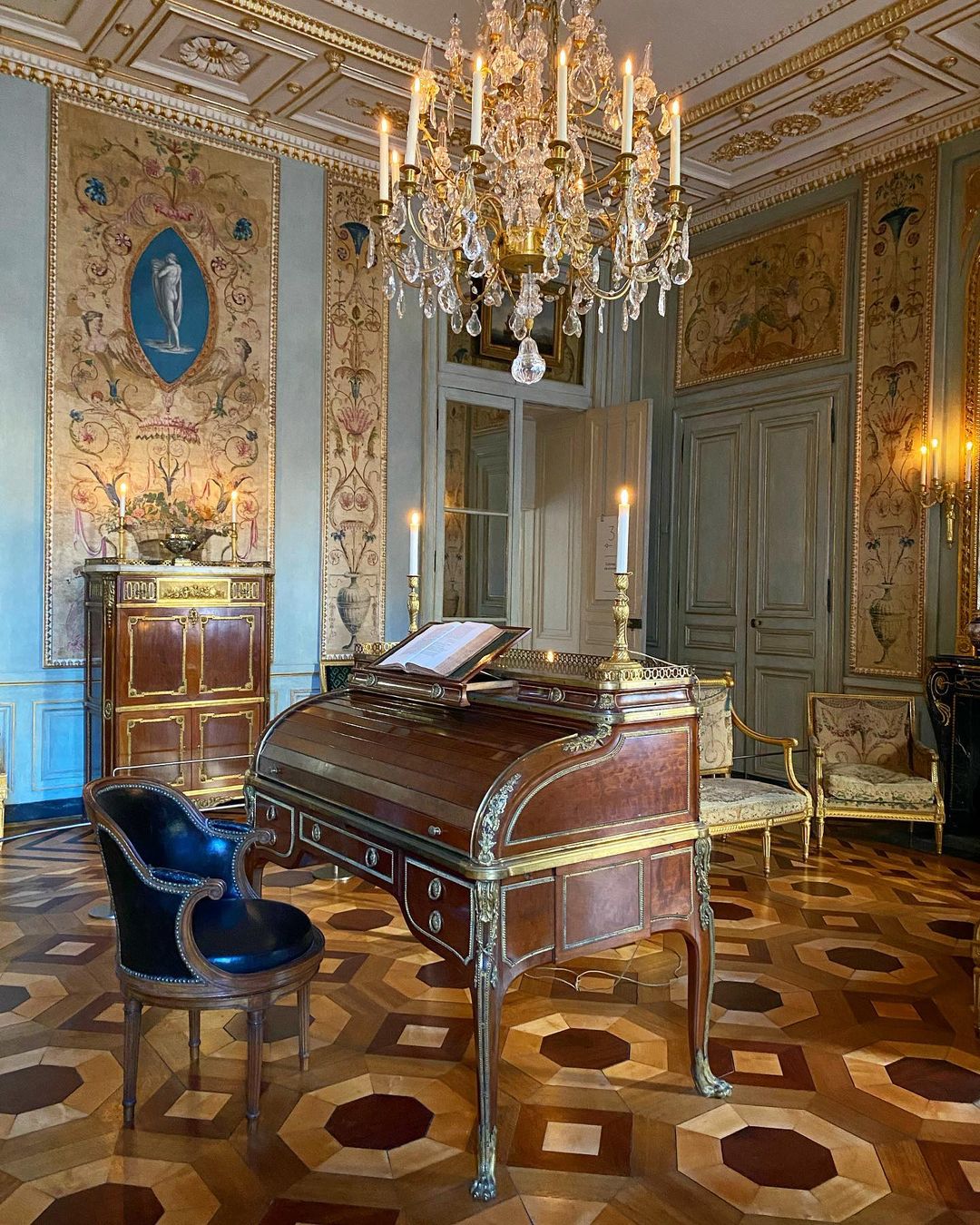 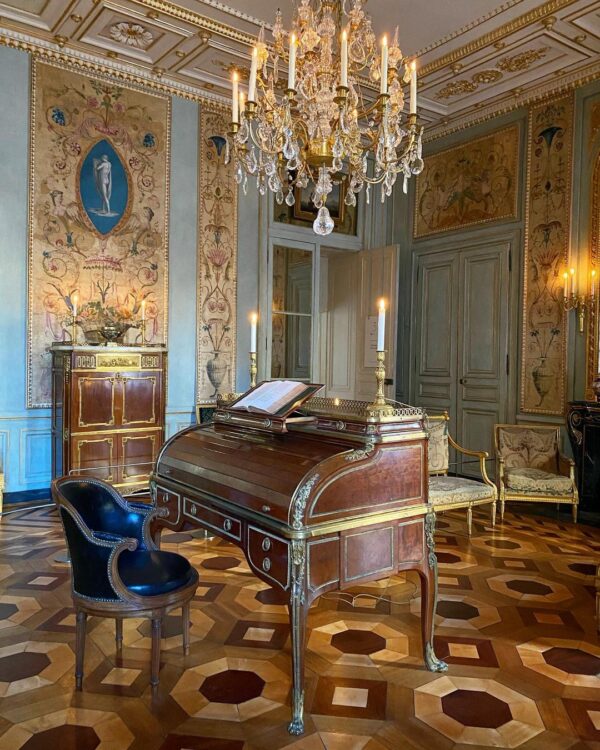 Henry Dasson – Thought to be made especially for Dasson’s stand at the Paris Exhibition of 1889.

The rectangular top with pierced three-quarter gallery, above three frieze drawers, with the center drawer opening to a hidden leather book holder, bronze mounts consisting of falling flowers, sunflowers and acanthus leaves, the shutter tambour opening to reveal an interior fitted with six compartments and two letter trays, with pull-out black leather-lined writing slide, above a knee-hole with a center frieze drawer flanked by two large and deep drawers, the paneled back and sides each fitted with a leather-lined slide, the cabriole legs with scrolled acanthus clasps running to lion paw feet.

Stamped HENRY DASSON 1889 numerous times on the underneath of the carcass.

The present bureau à cylindre is a copy of the model by Jean-Henri Riesener (maître 1768; d. 1806) commissioned in July 1784 by Marc-Antoine Thierry de Ville d’Avray, Intendant Général des Meubles de la Couronne. The following year, the desk was sent to the château de Fontainebleau, where it was used by the Comte de Provence, the future Louis XVIII. Following the Revolution, the desk was not sold but remained in the Garde-Meuble until the Restauration when it was moved to the Palais de Tuileries, and to the cabinet de toilette of the Comte d’Artois, the future Charles X. Towards the end of the 19th century, the desk was copied by many of the best Parisian ébénistes, among them Henry Dasson.