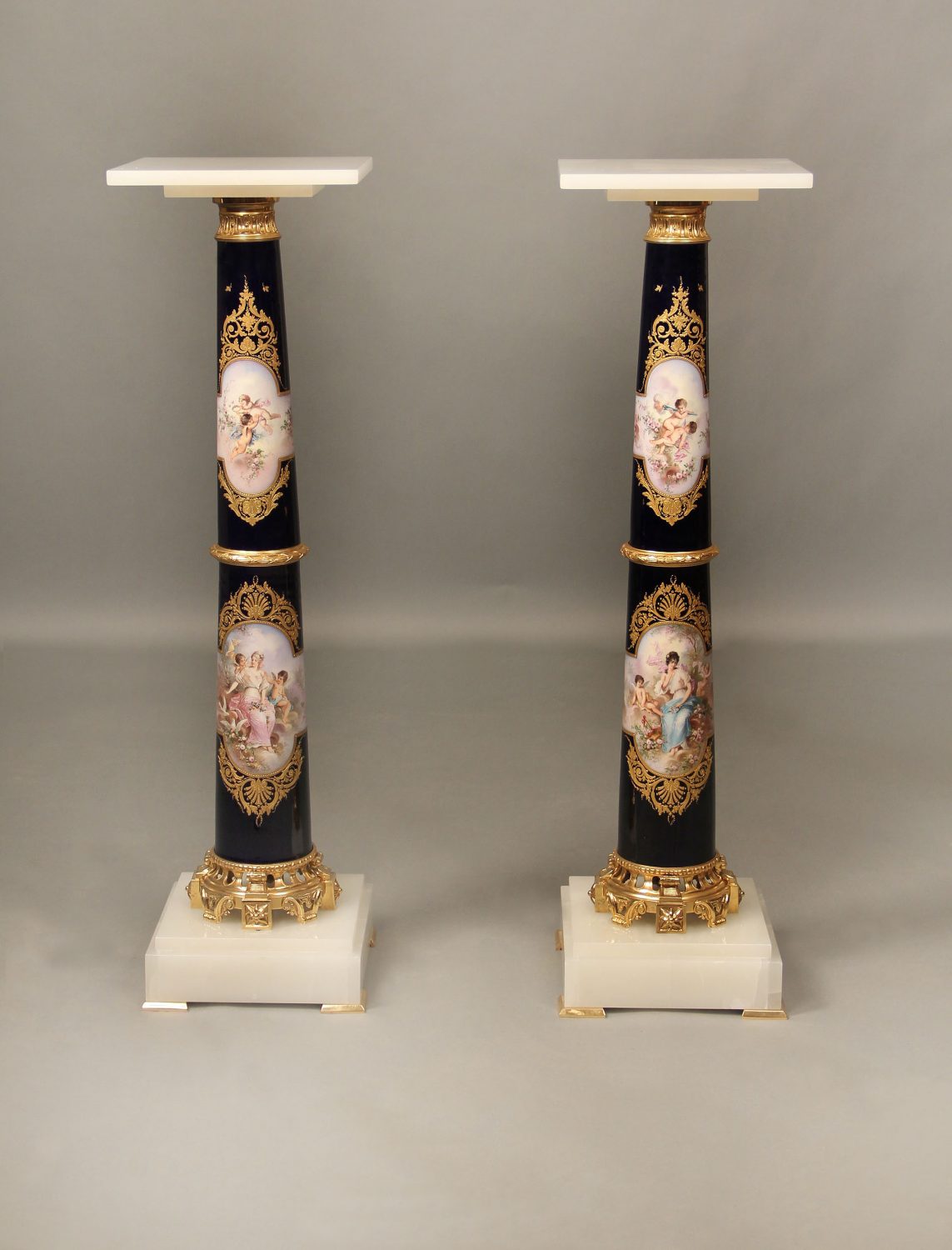 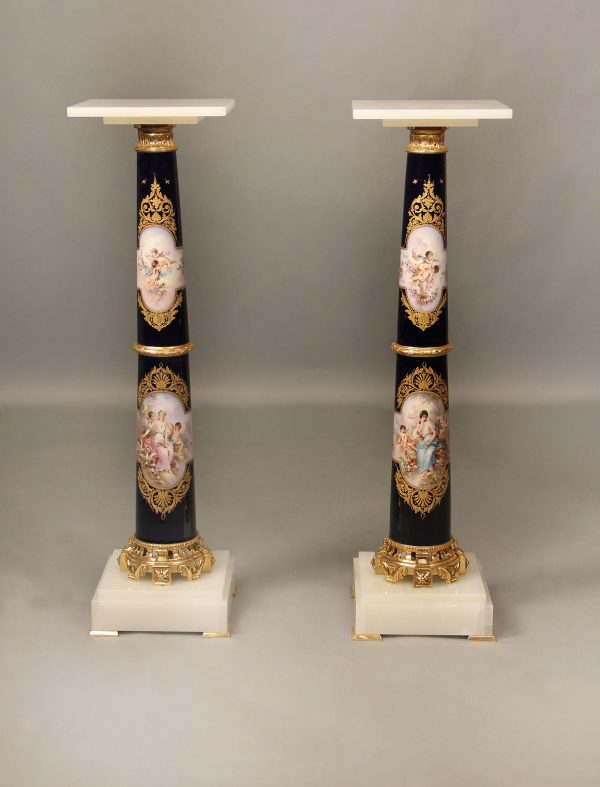 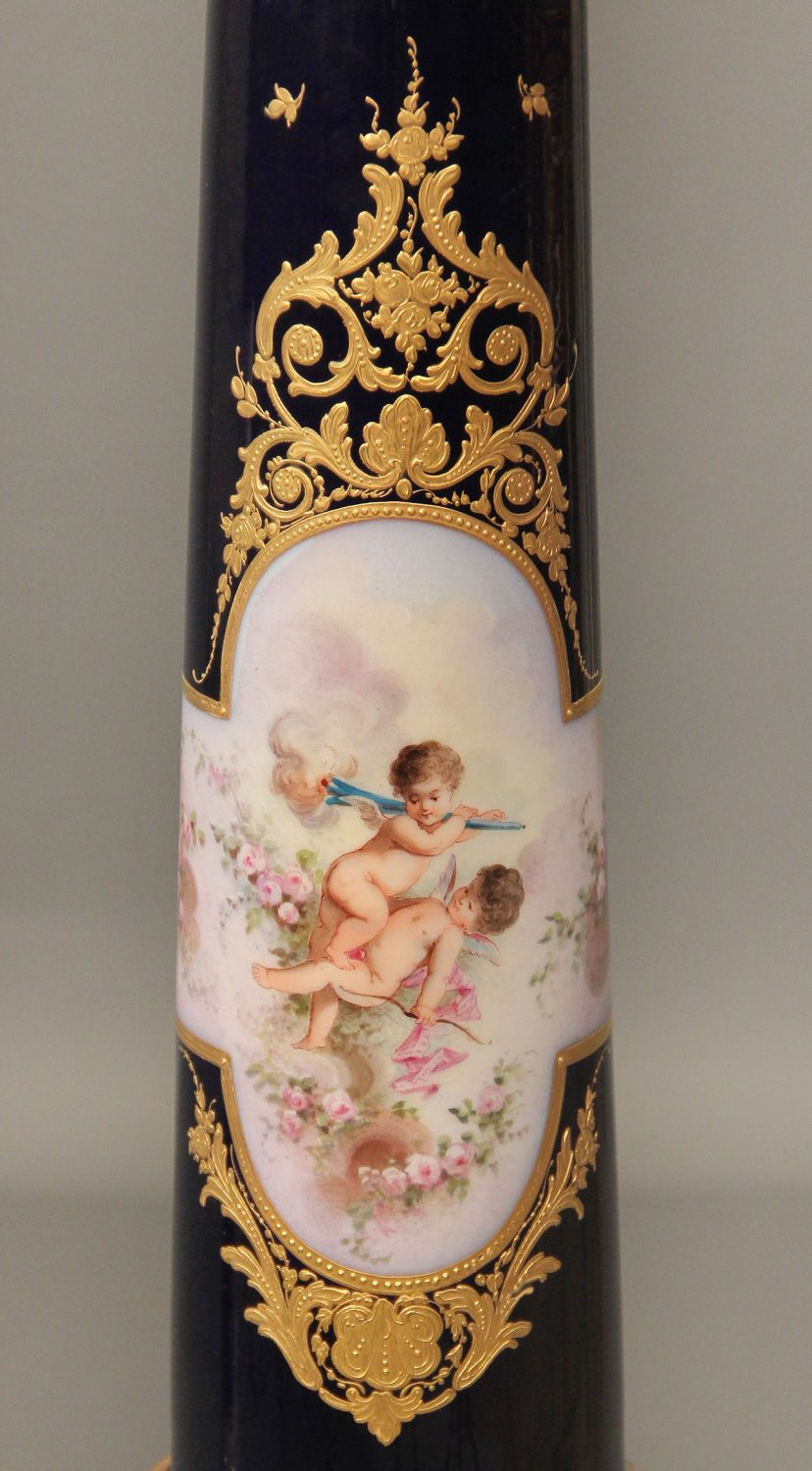 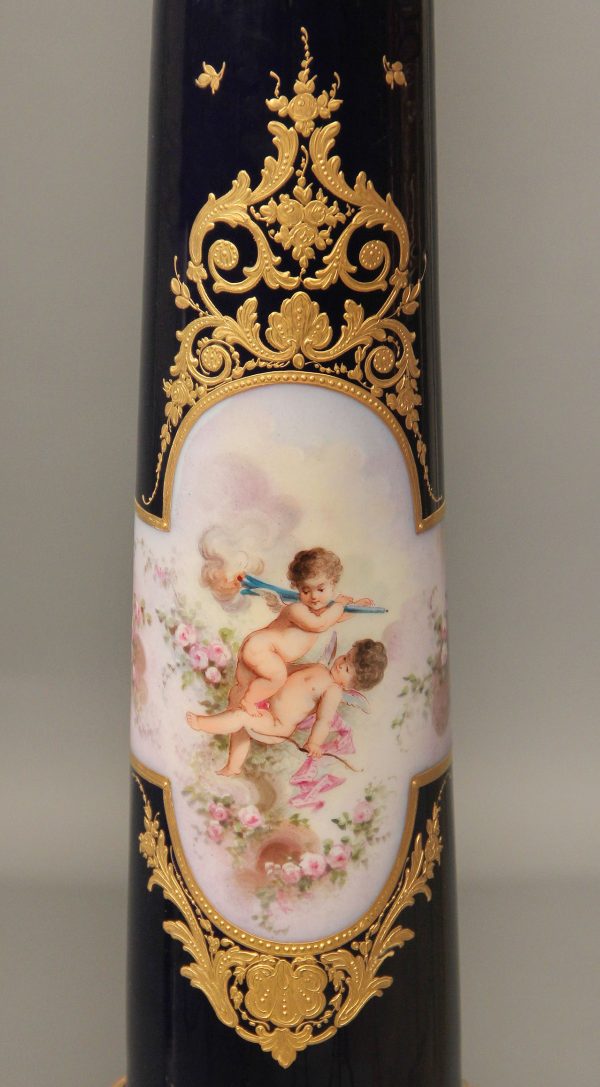 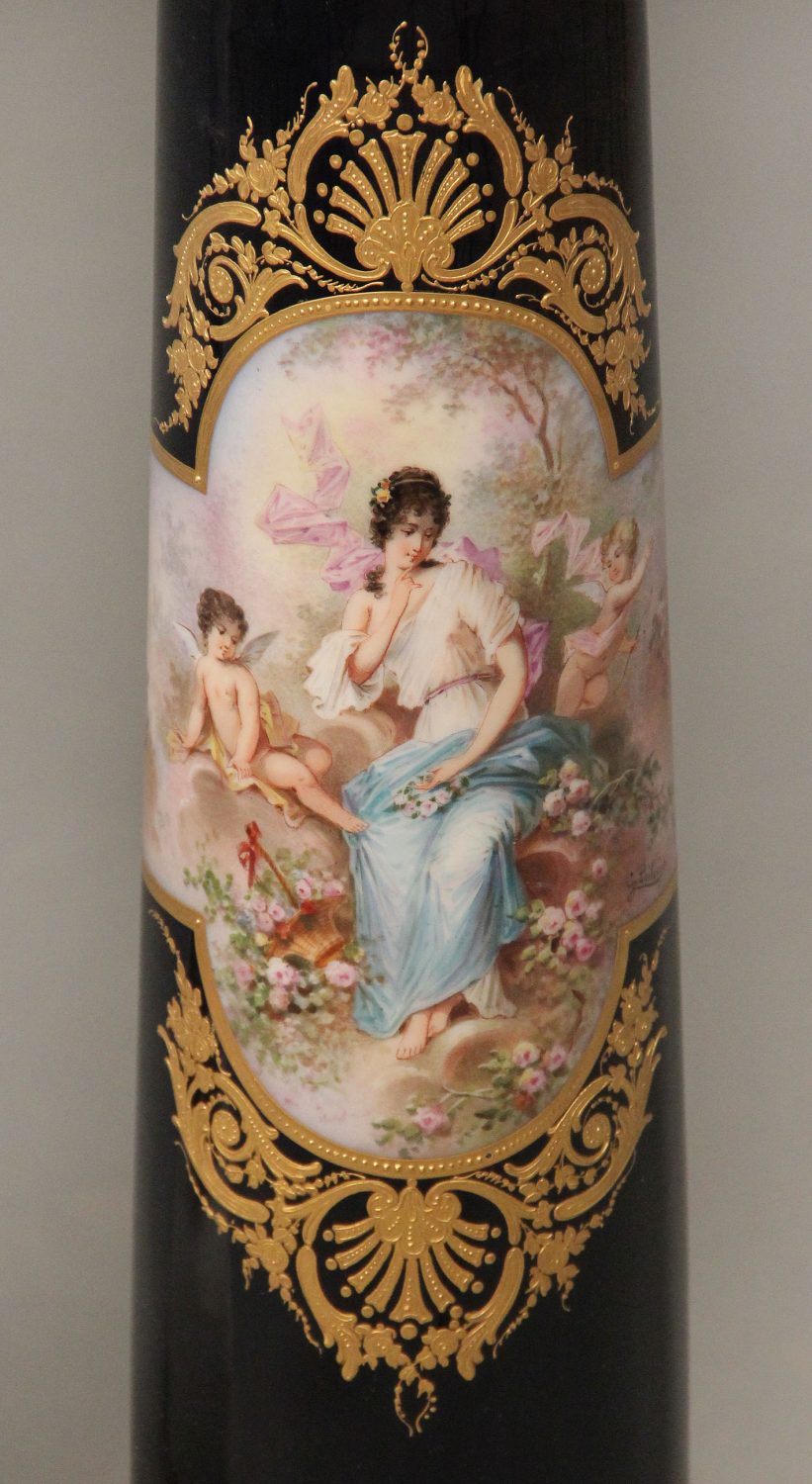 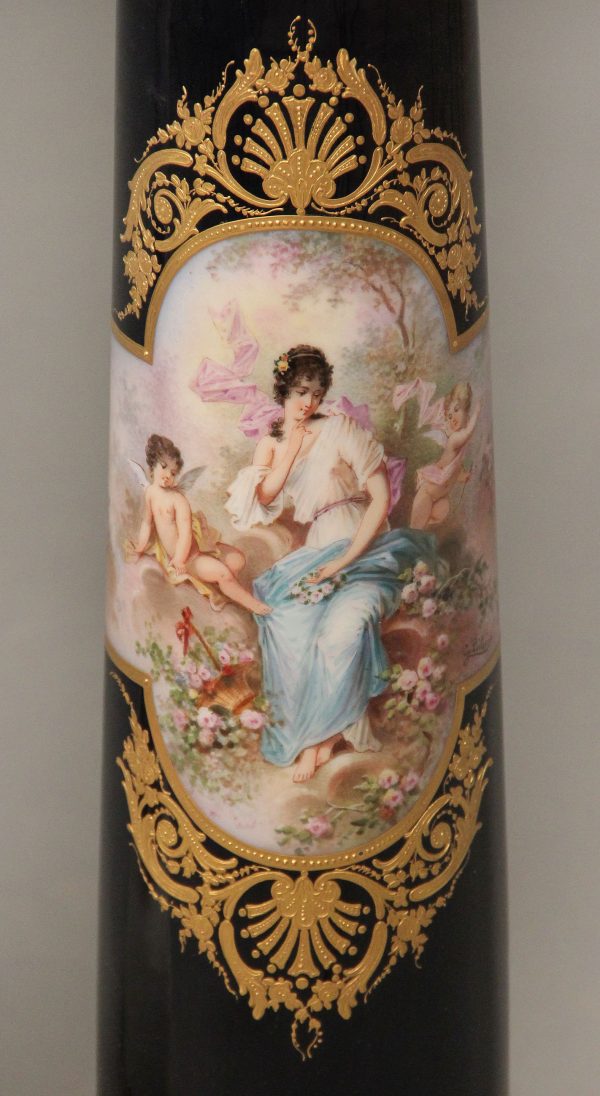 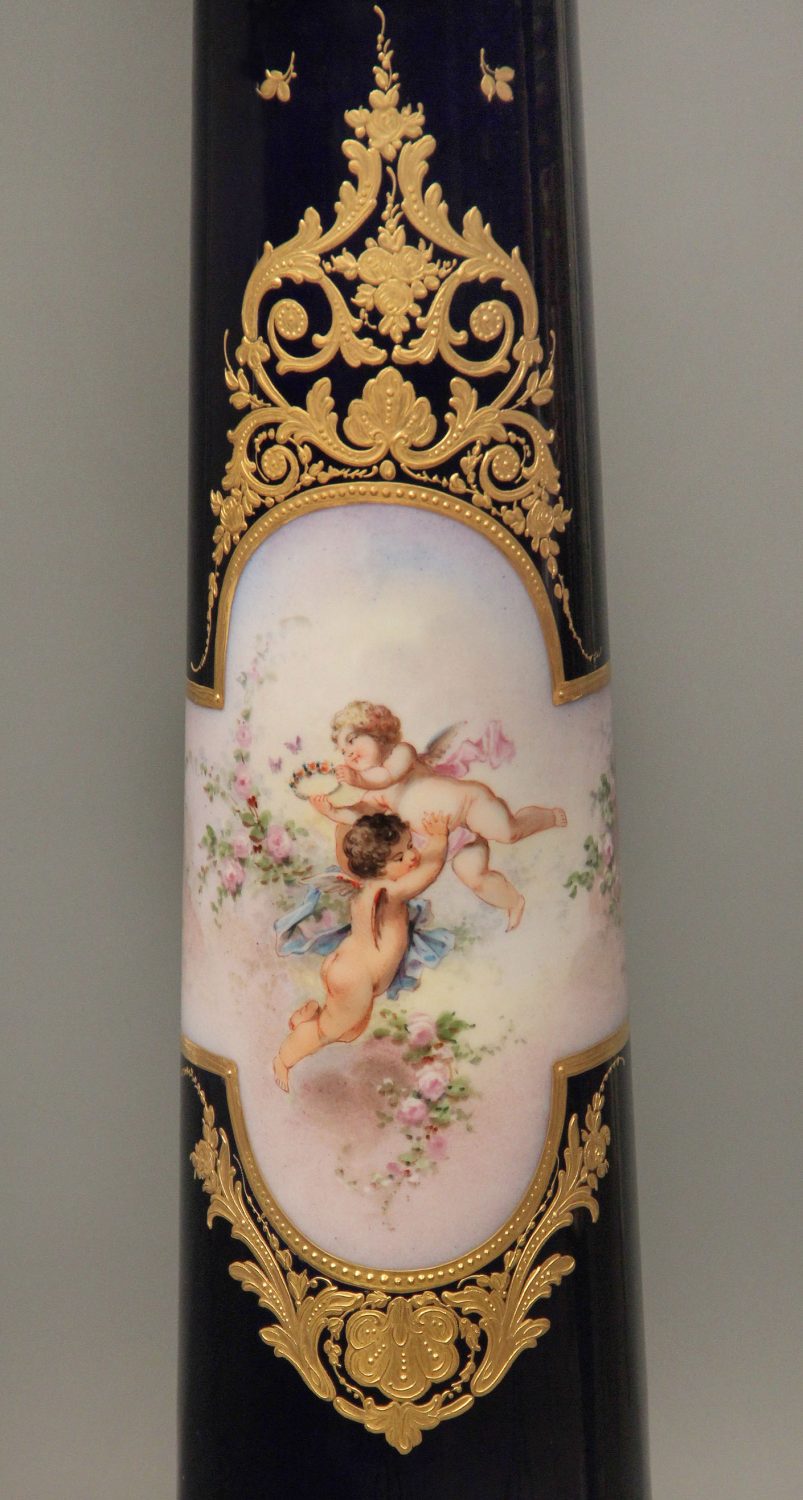 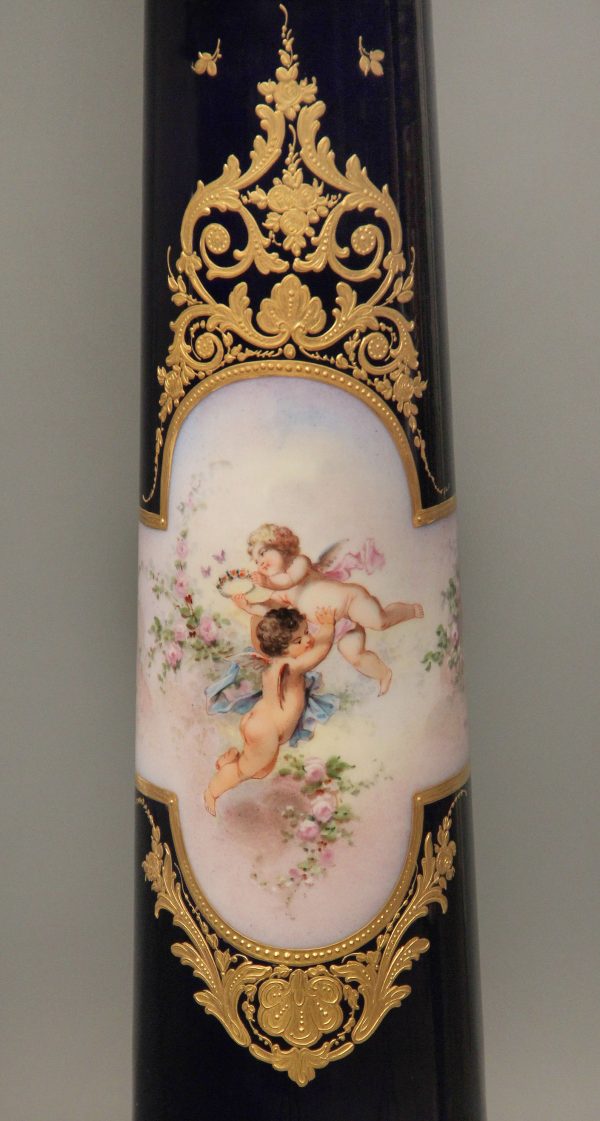 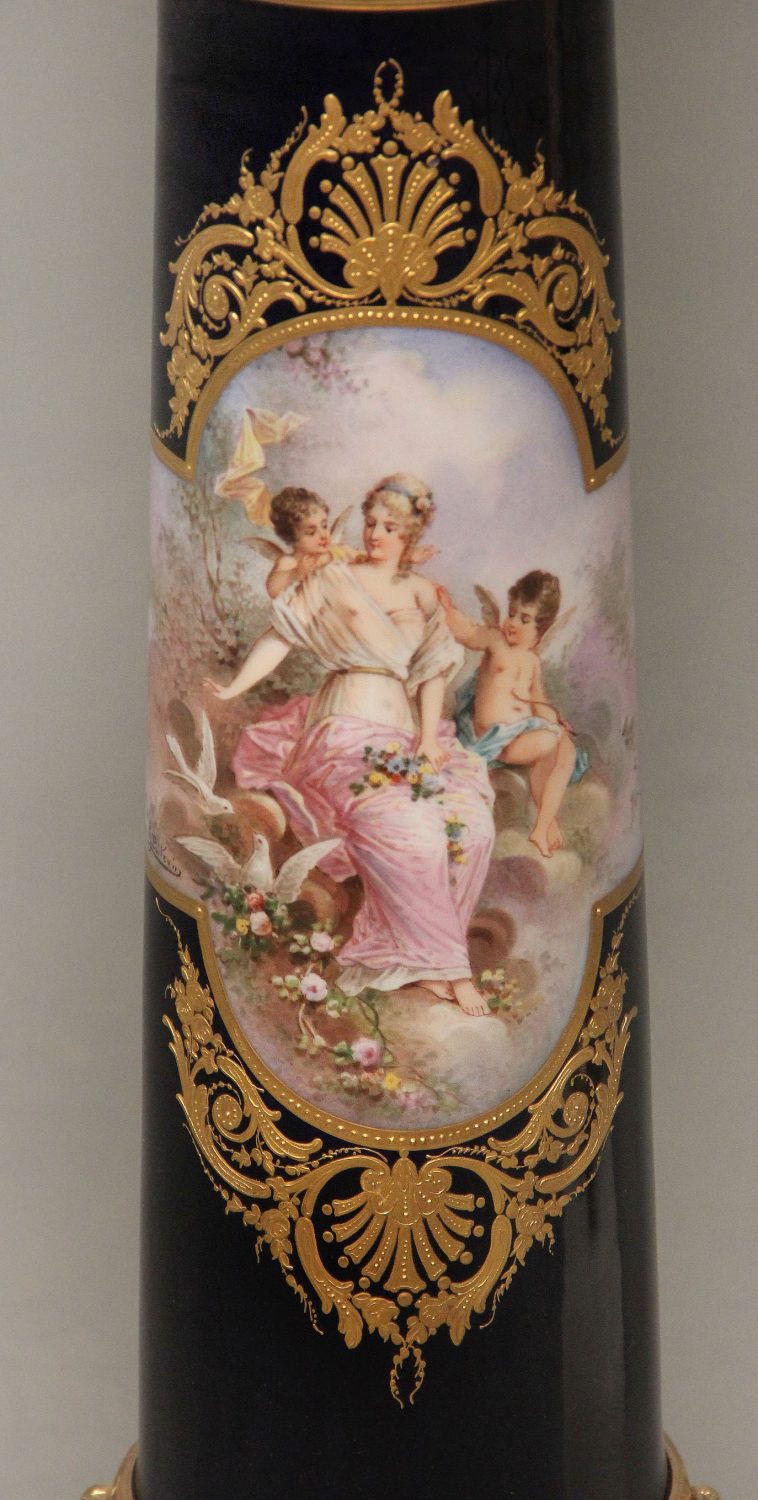 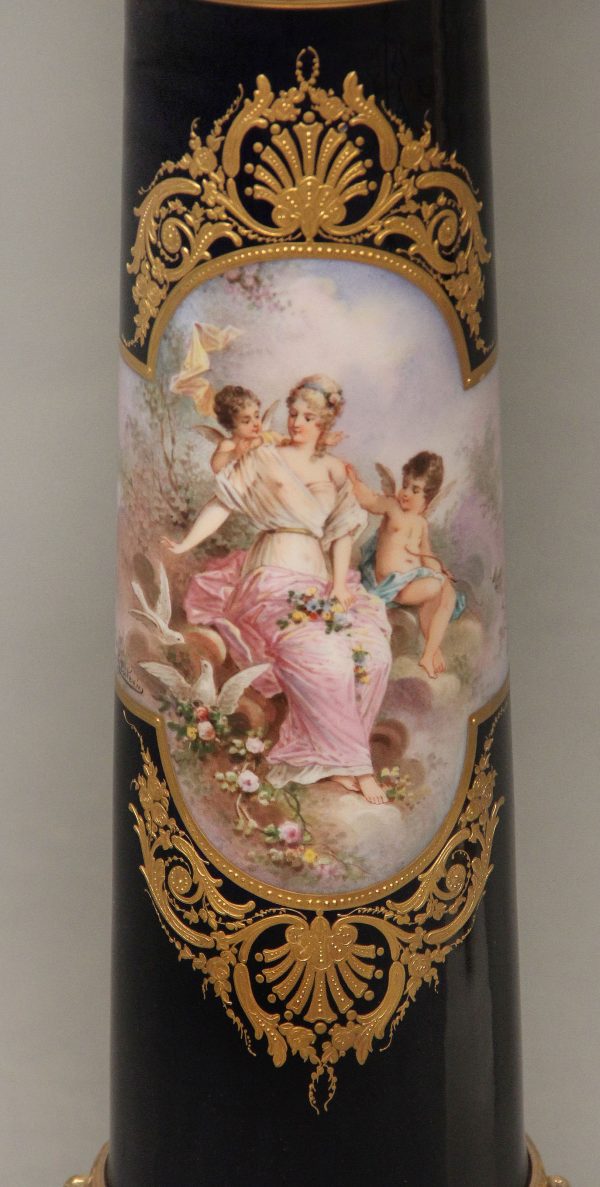 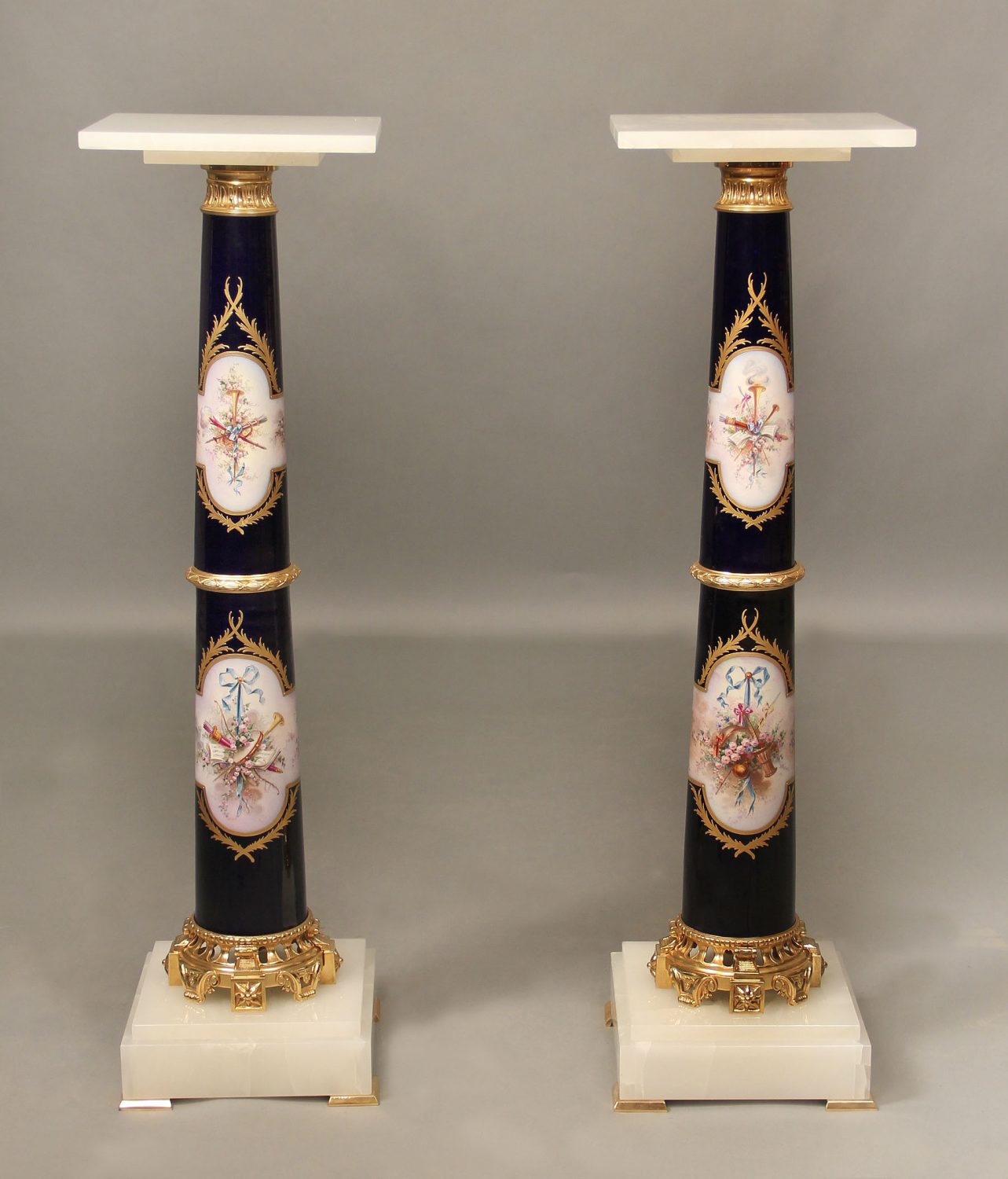 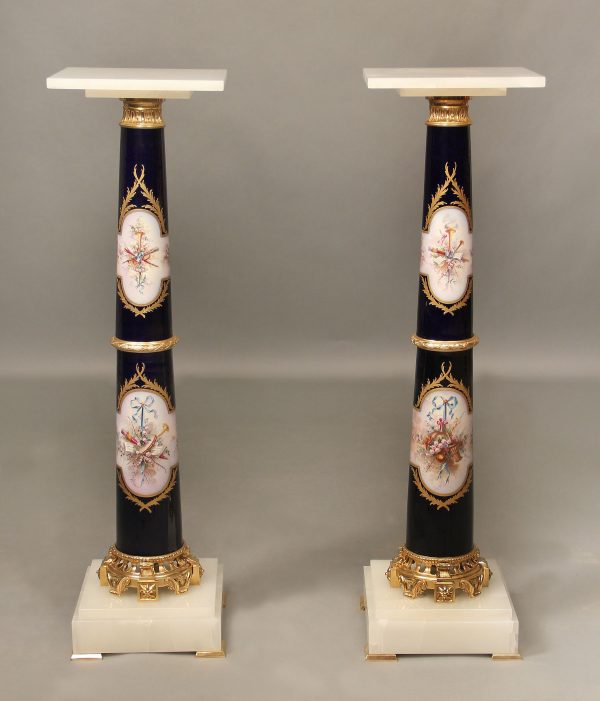 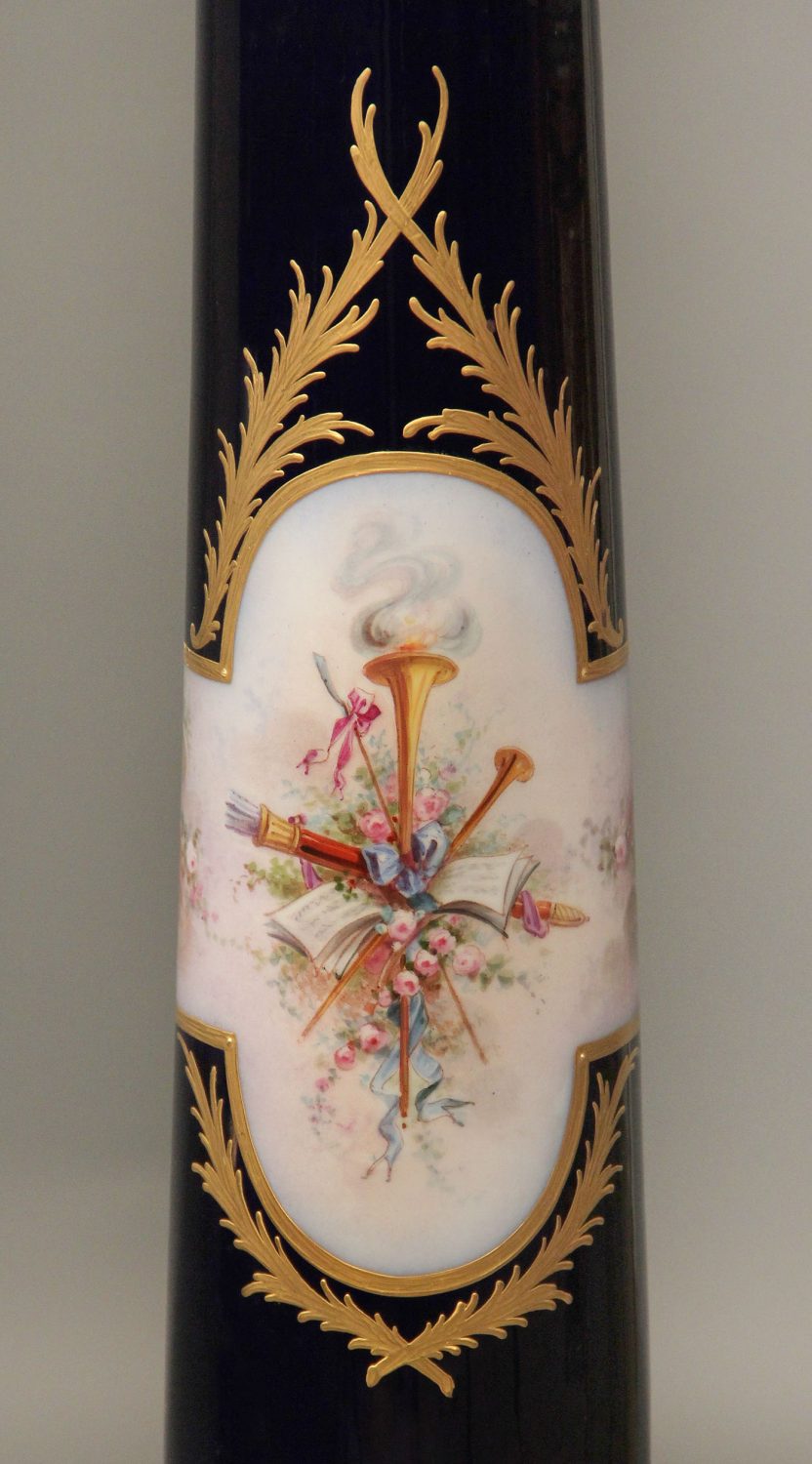 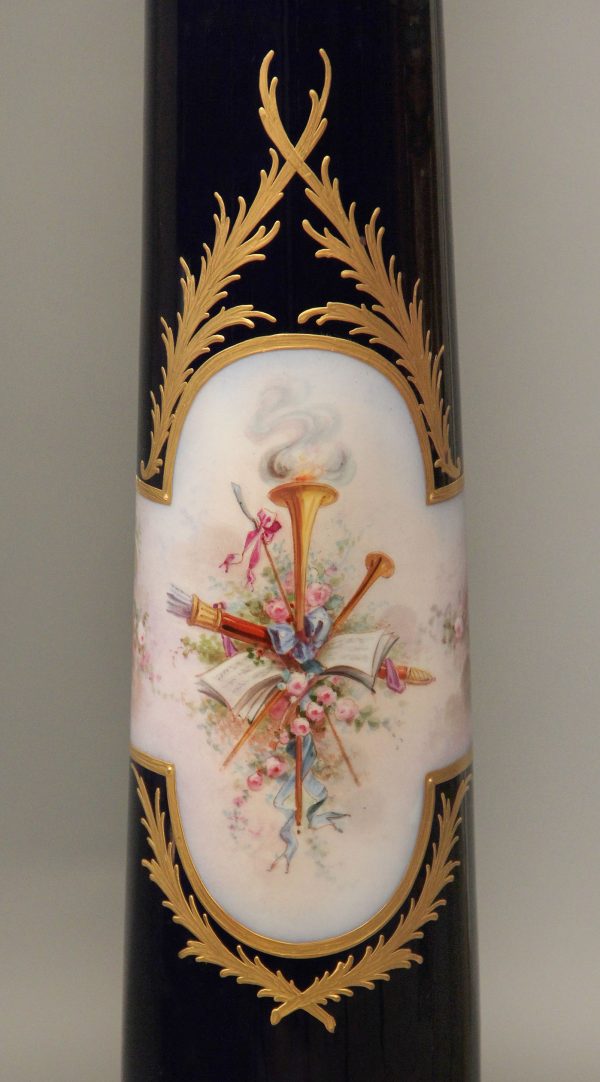 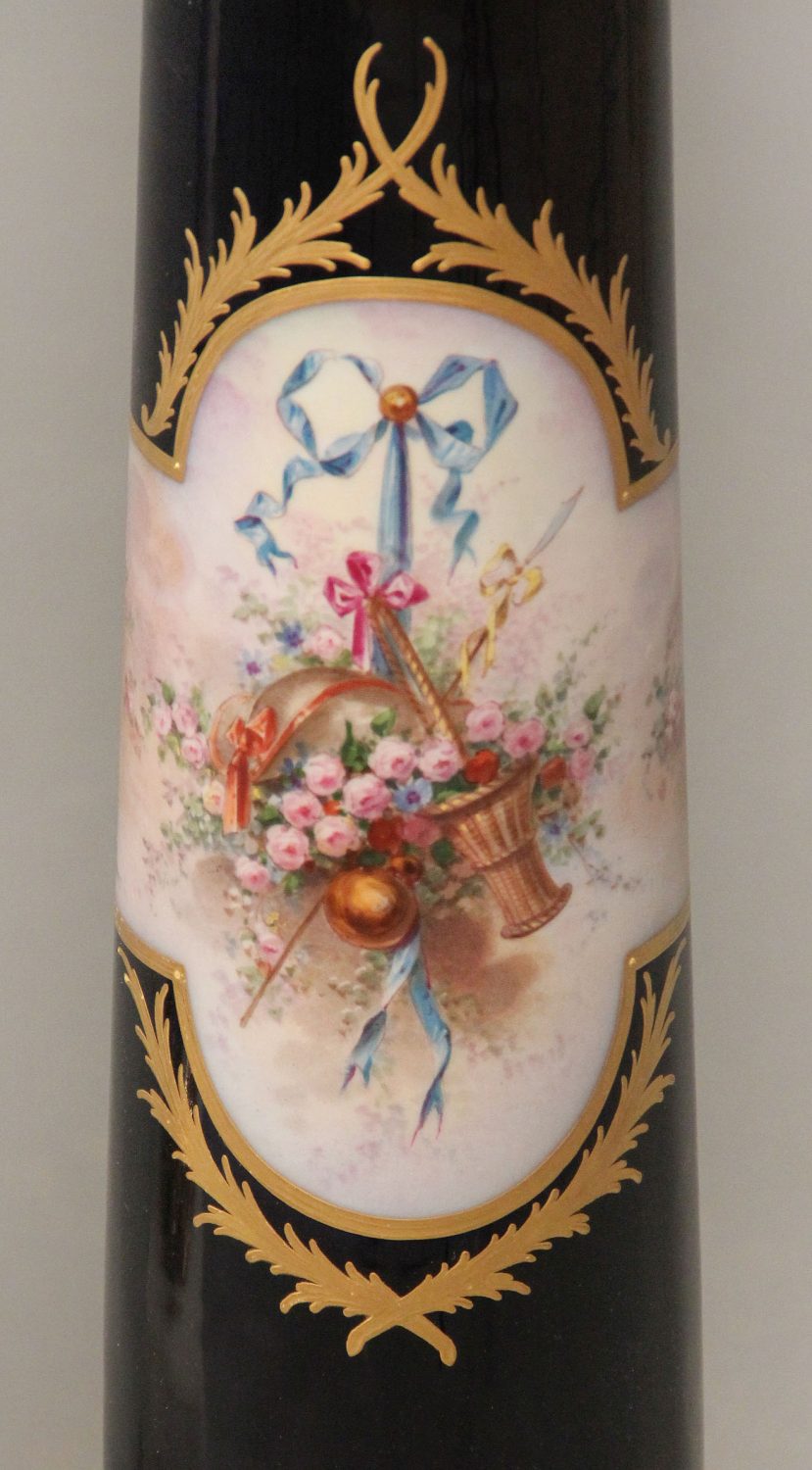 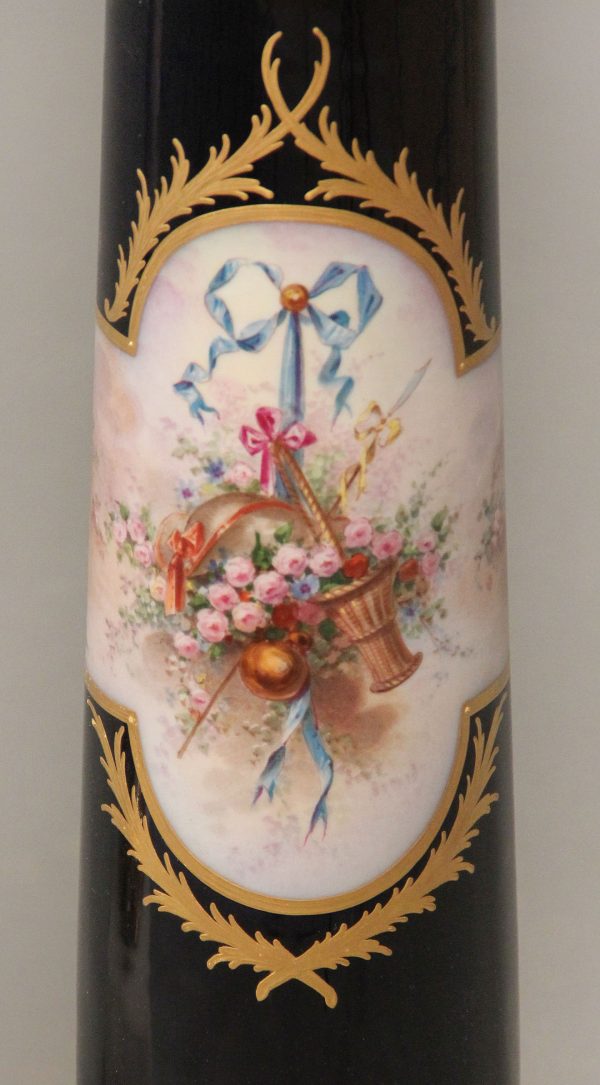 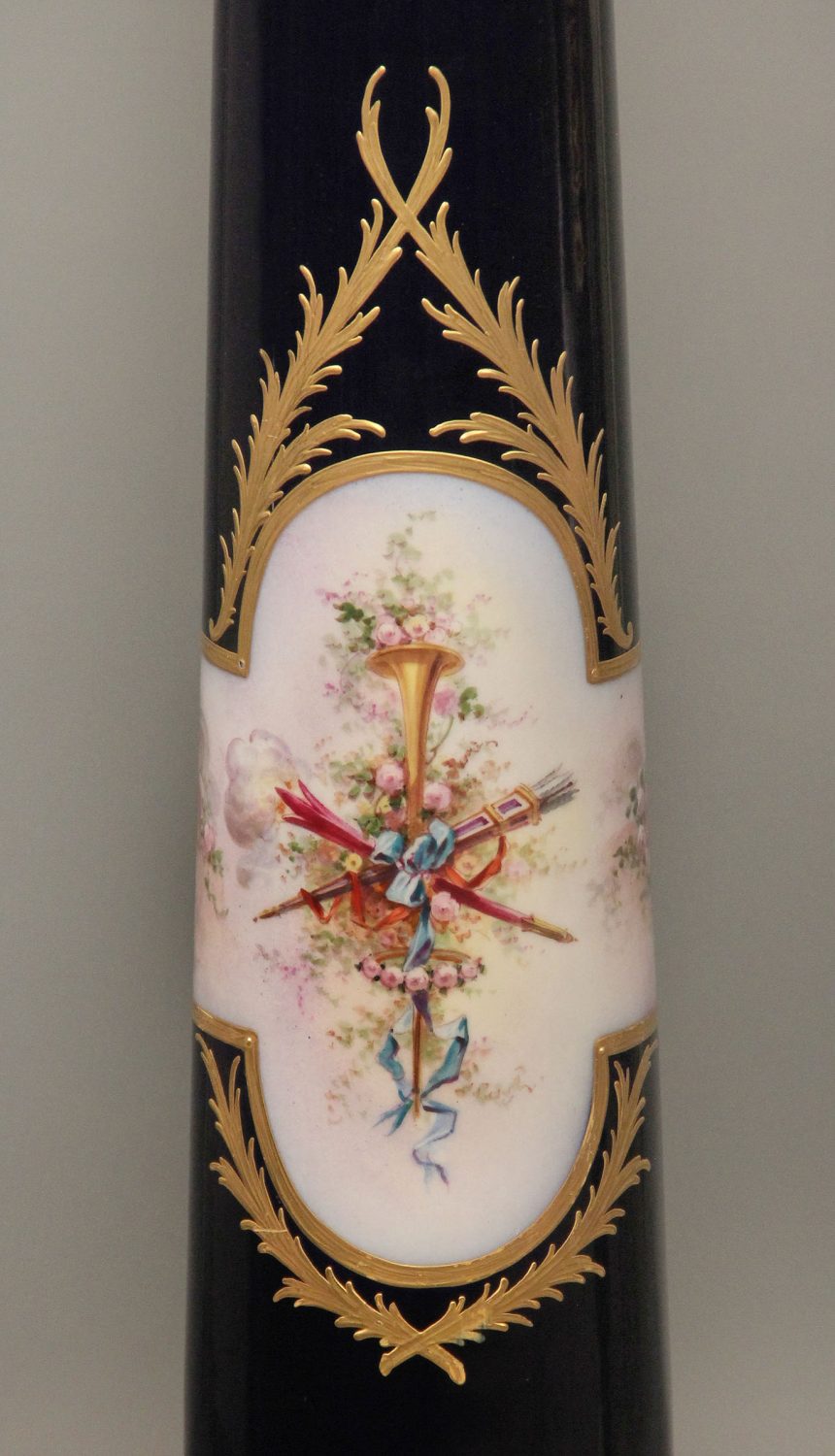 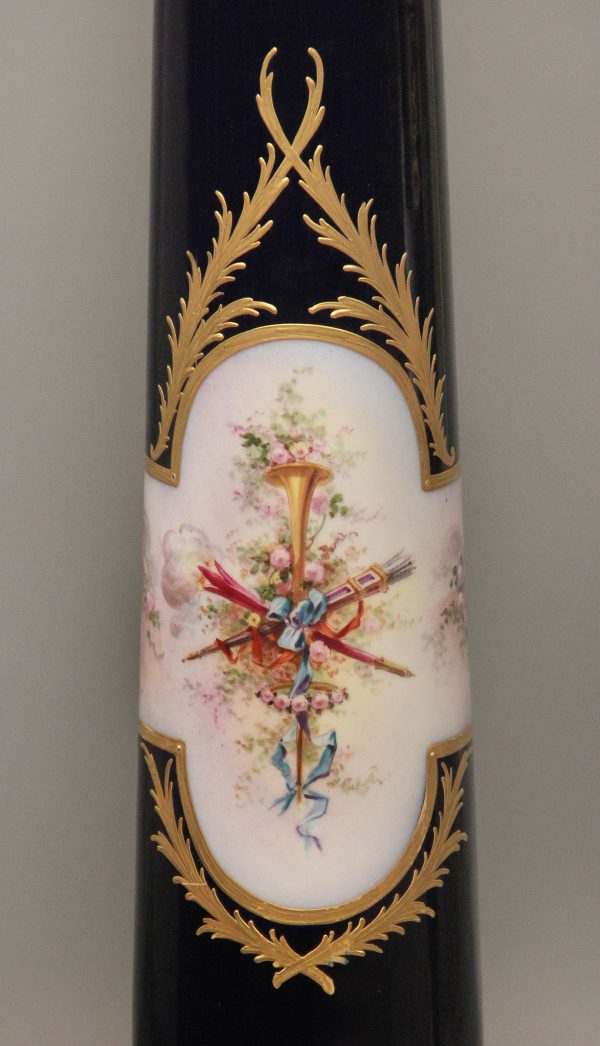 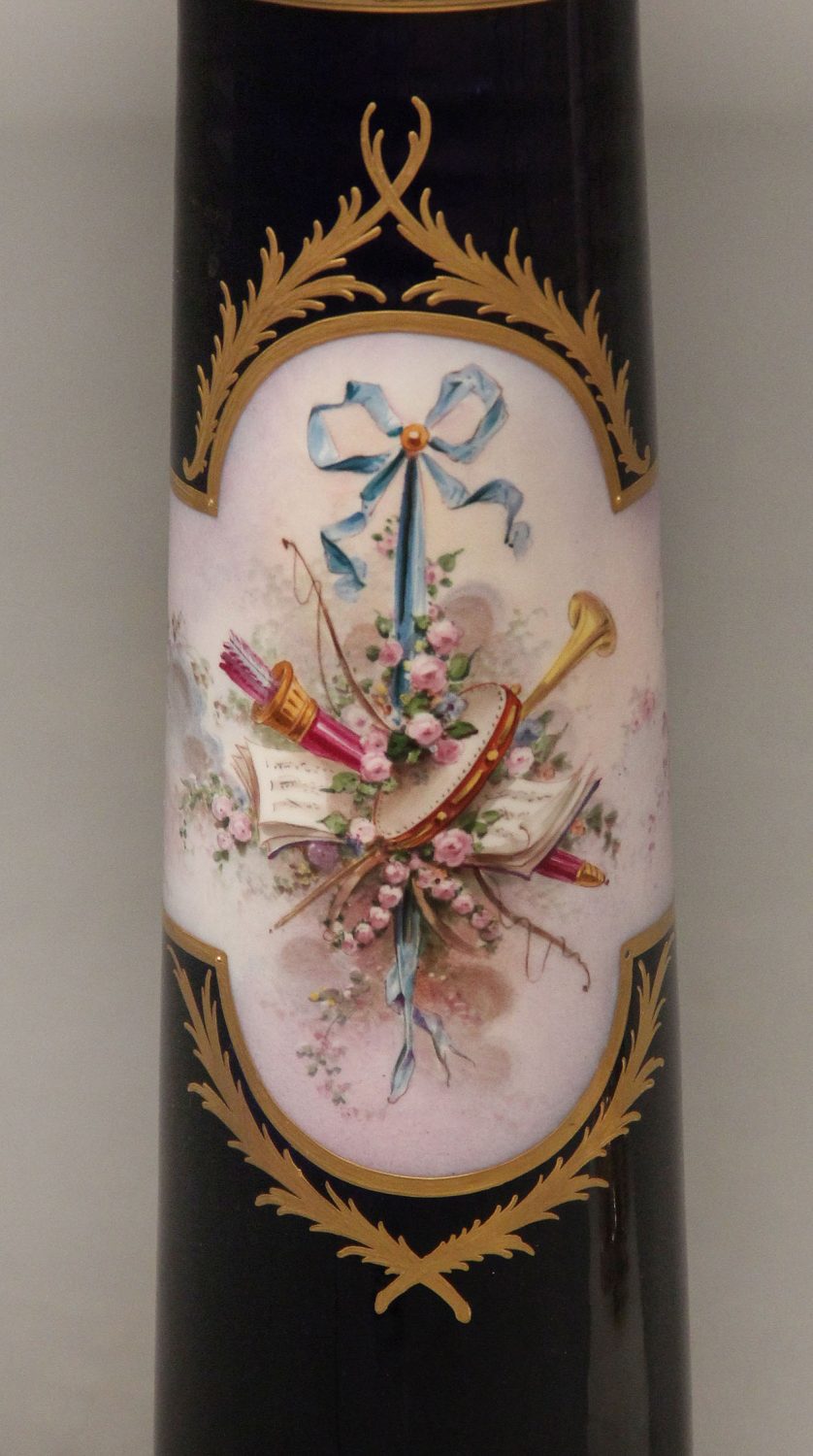 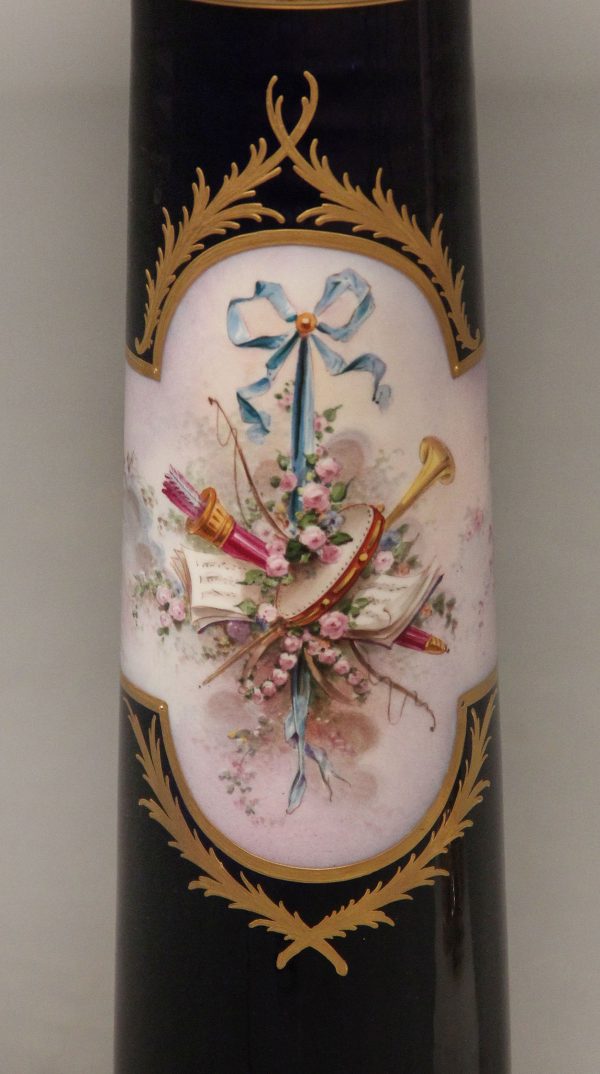 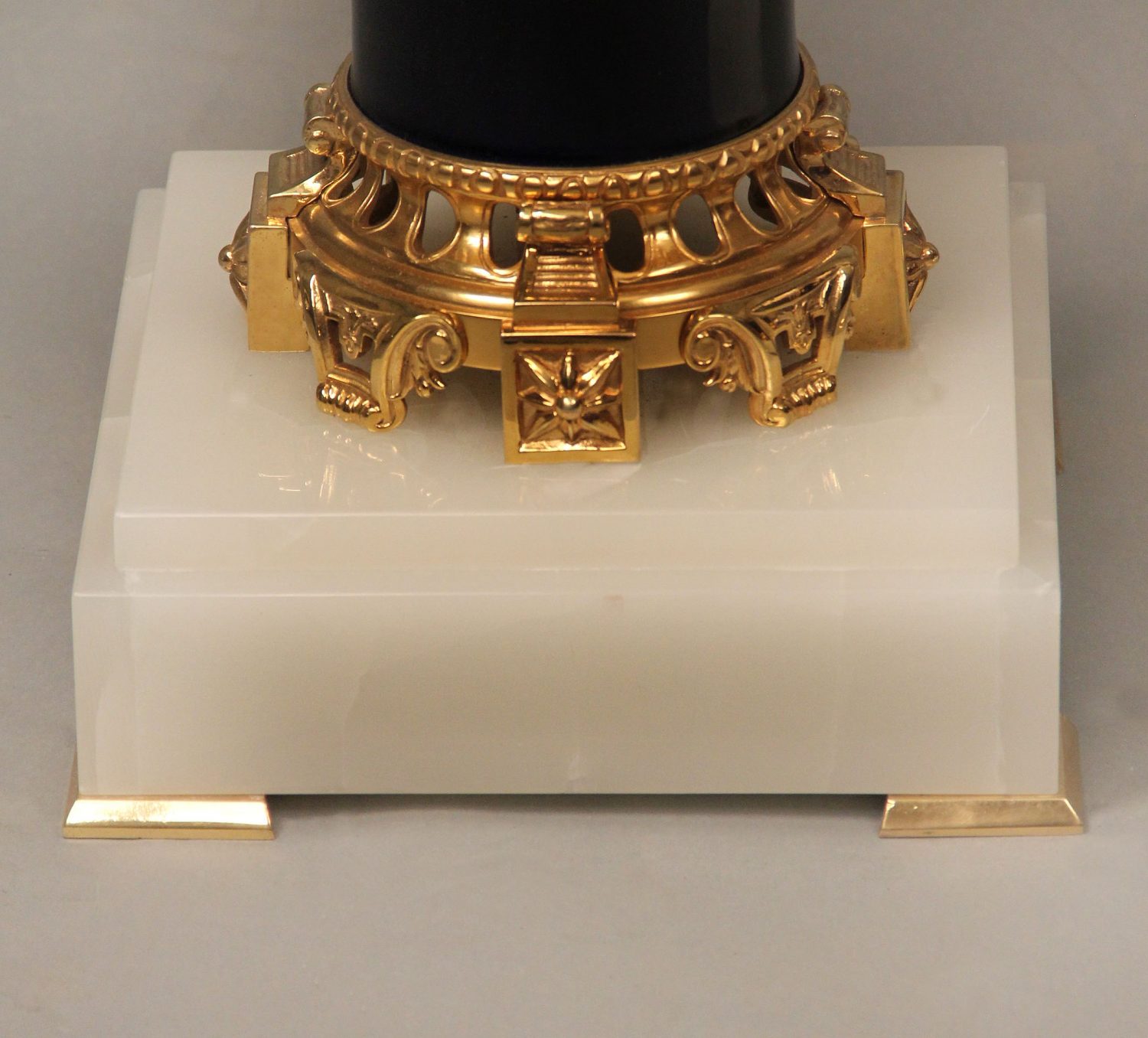 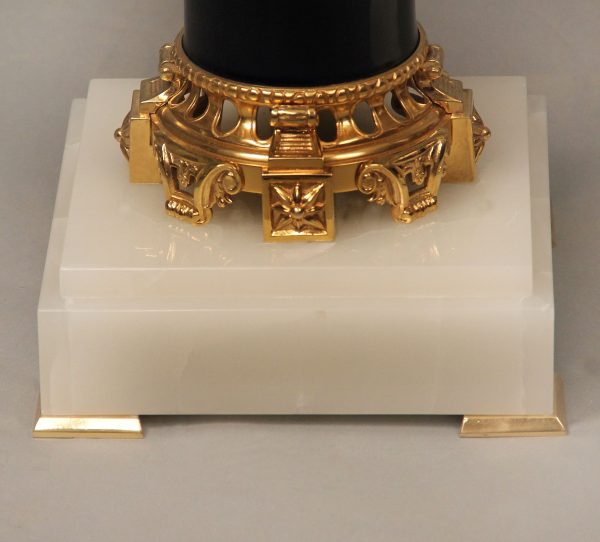 Square onyx top above a columnar support painted with lovely scenes of women and cherubs, the backs painted with musical instruments, trophies and flowers, surrounded by scrolling raised gilt designs, raised on a stepped onyx base.

Each Signed by the artist “Poitevin”