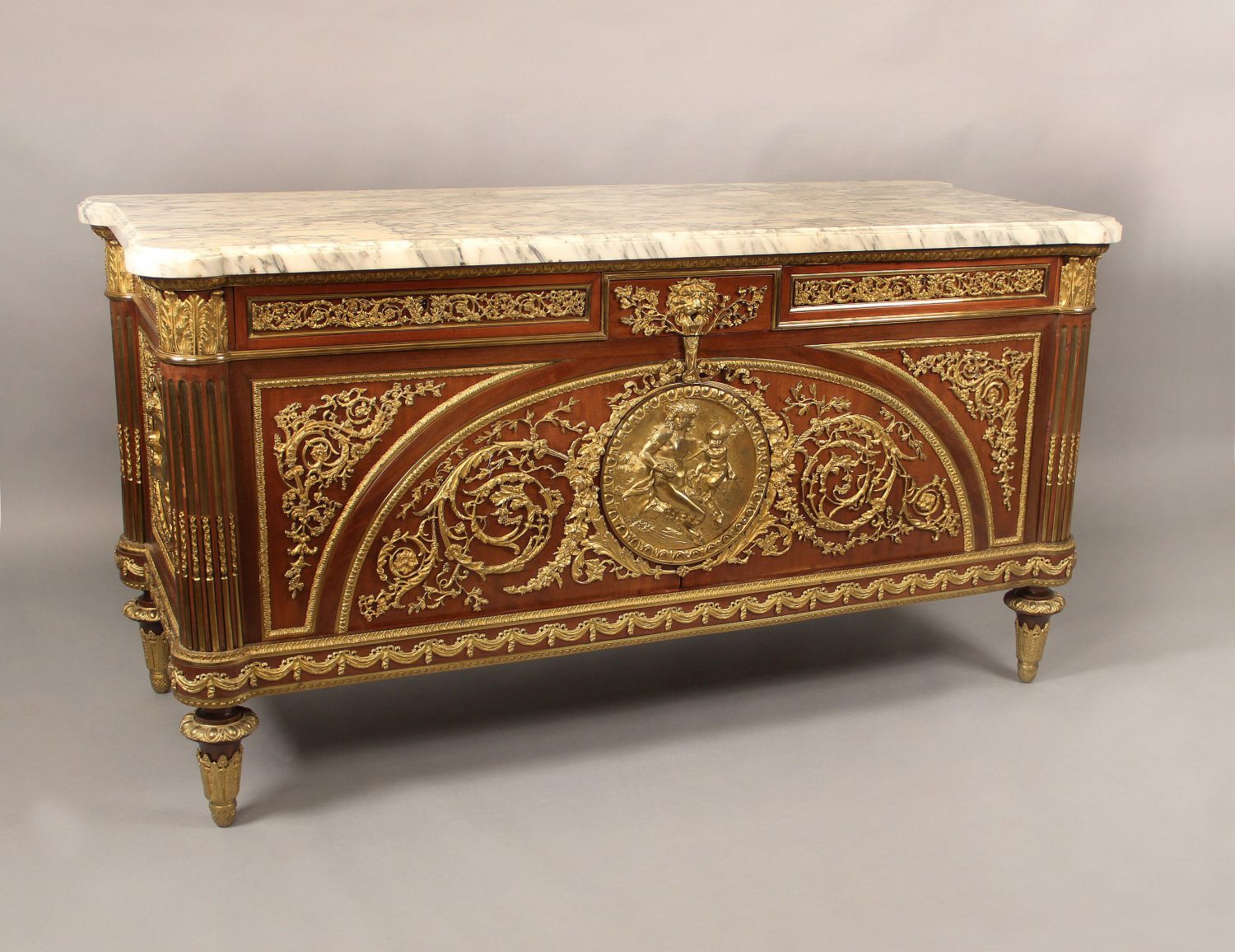 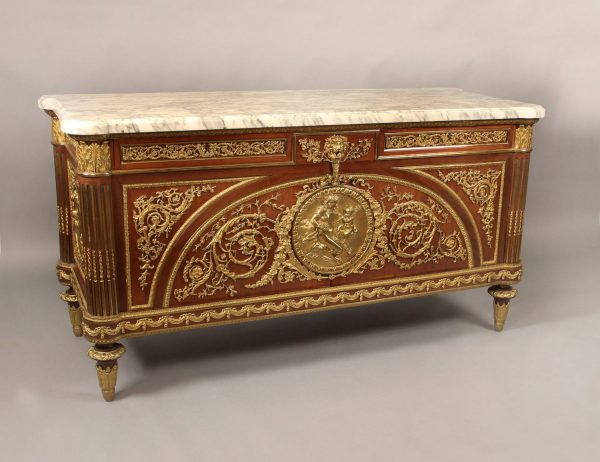 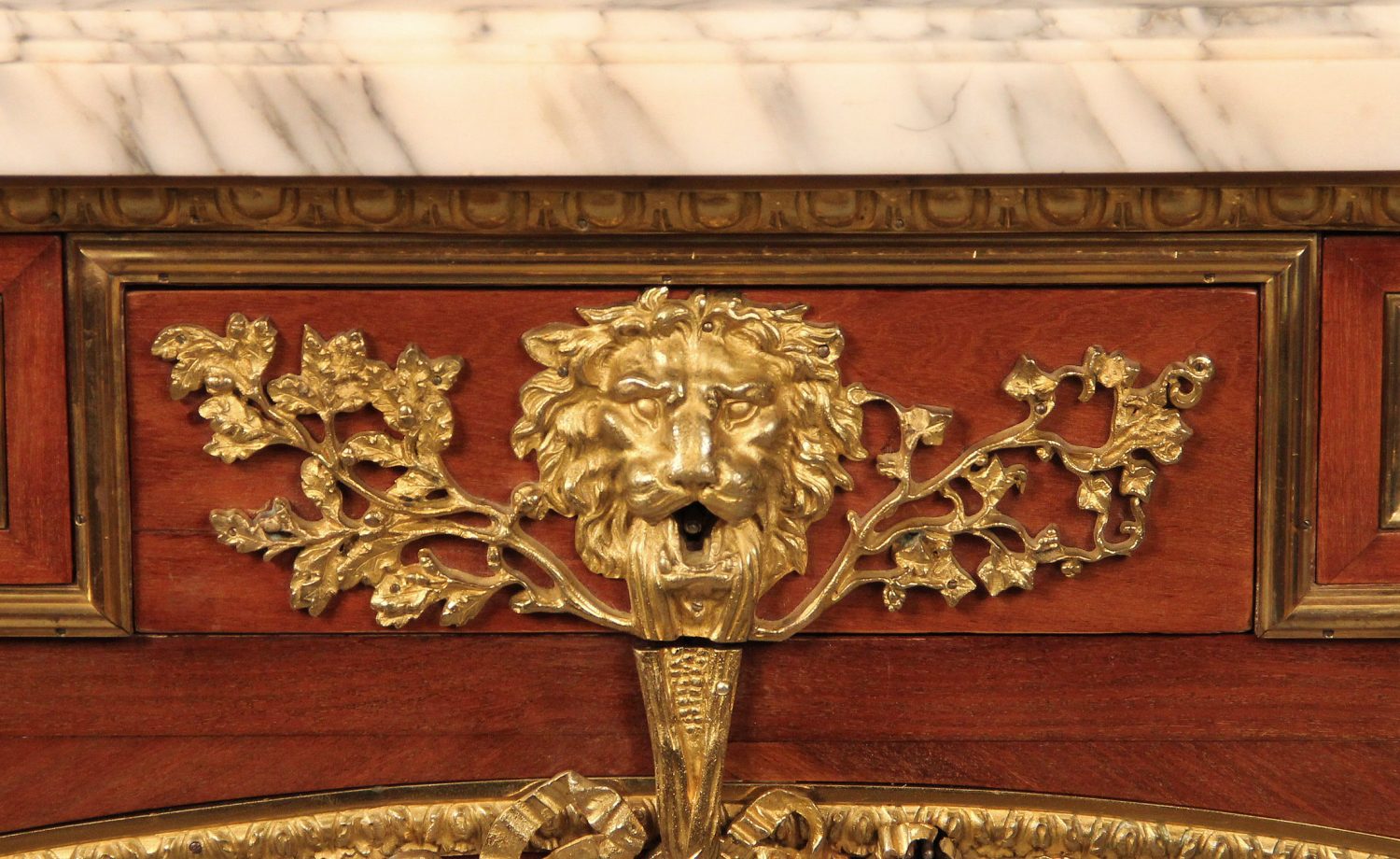 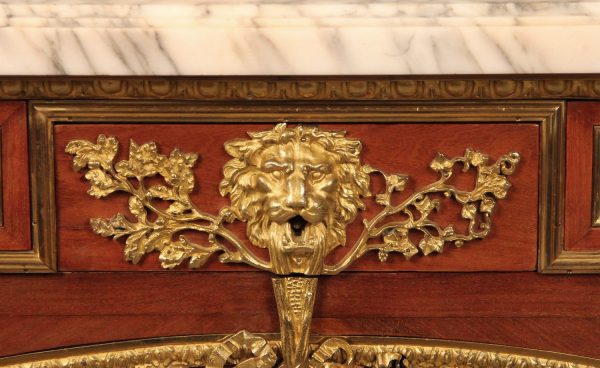 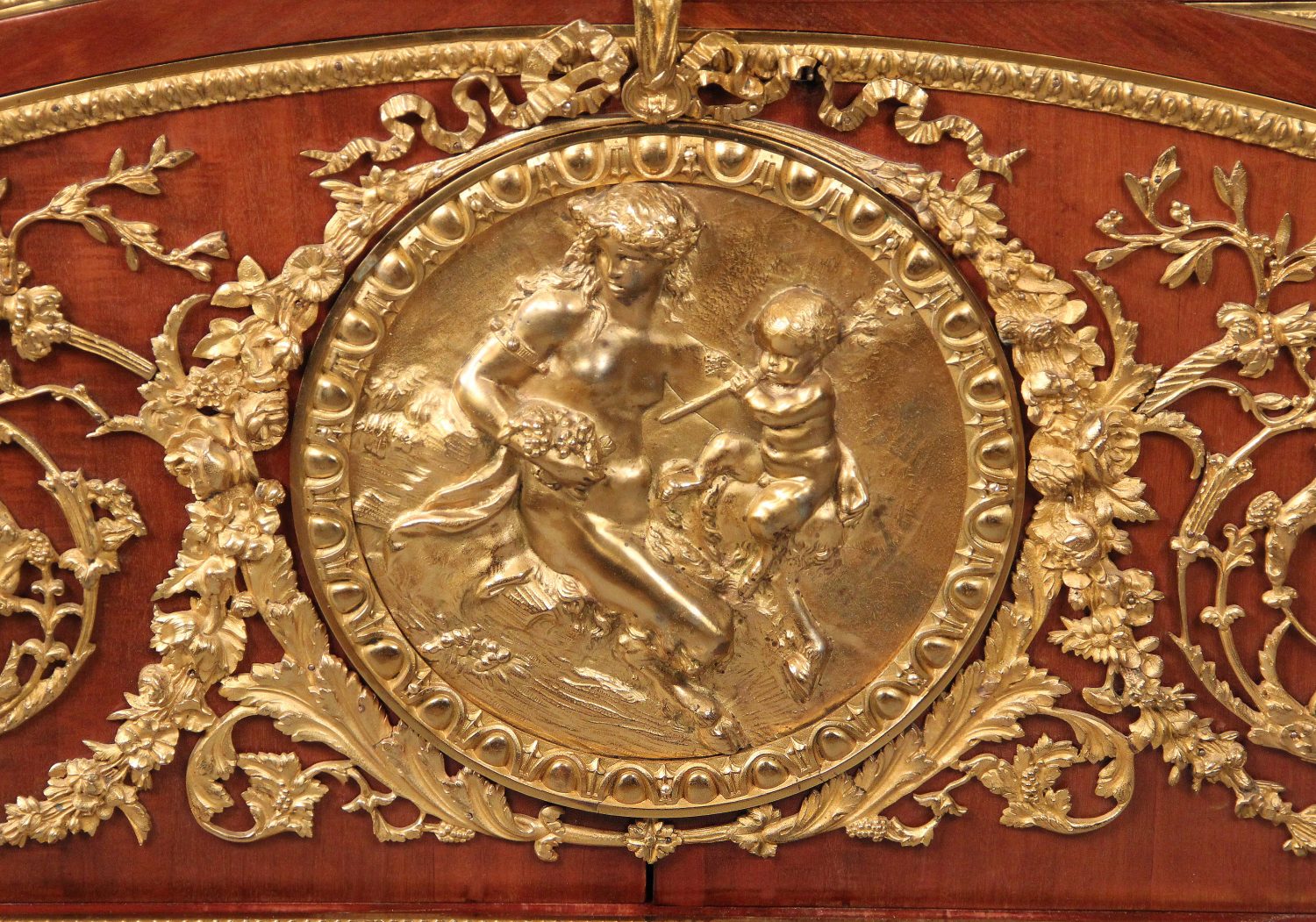 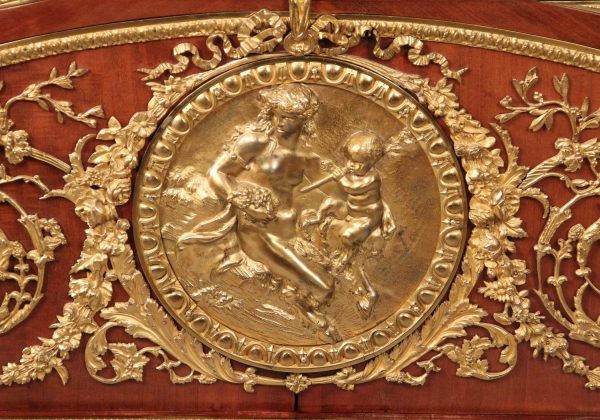 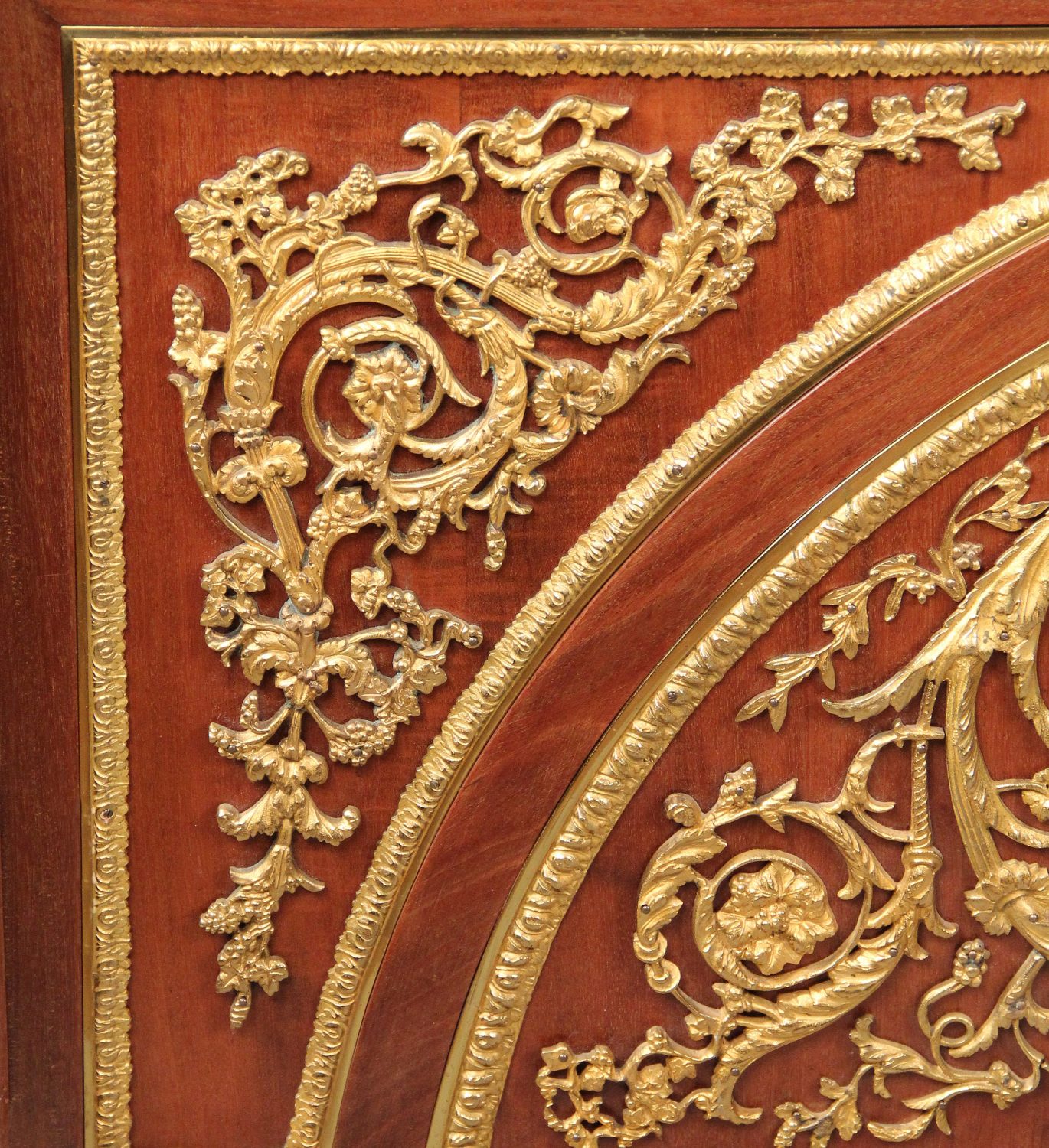 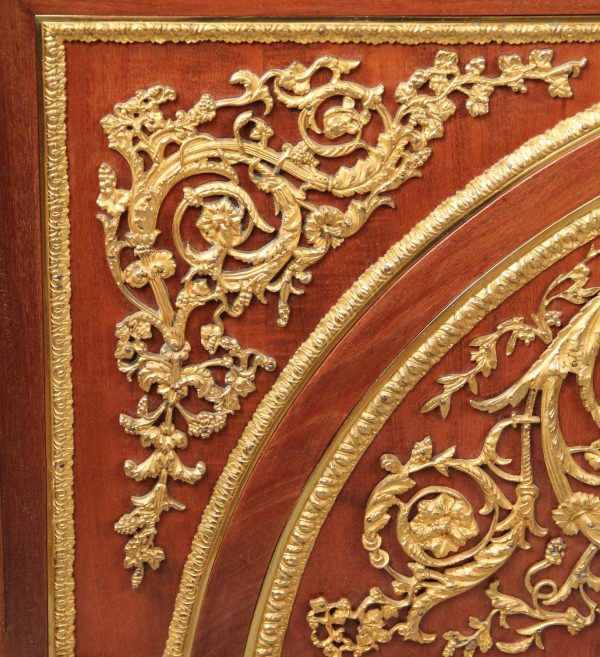 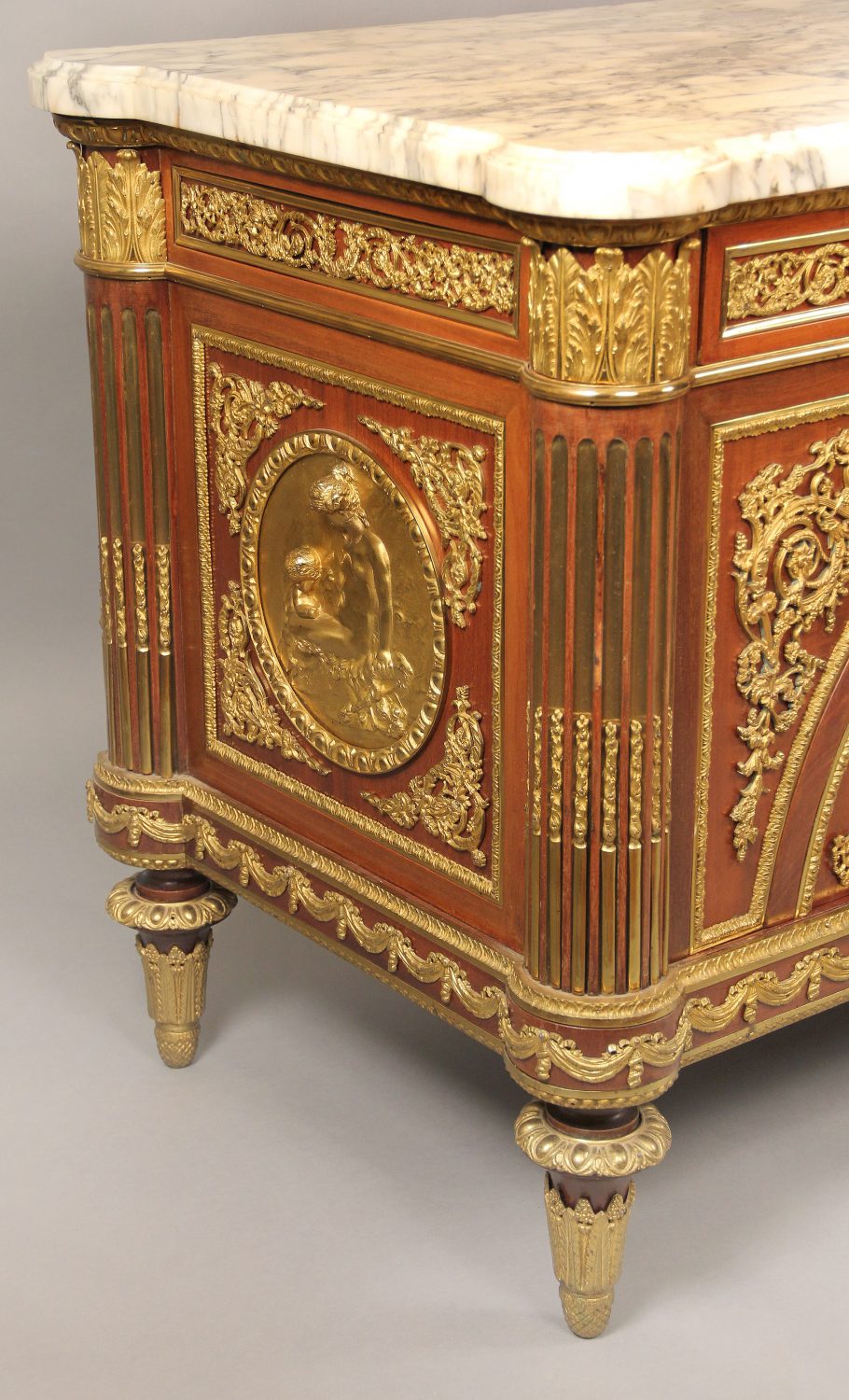 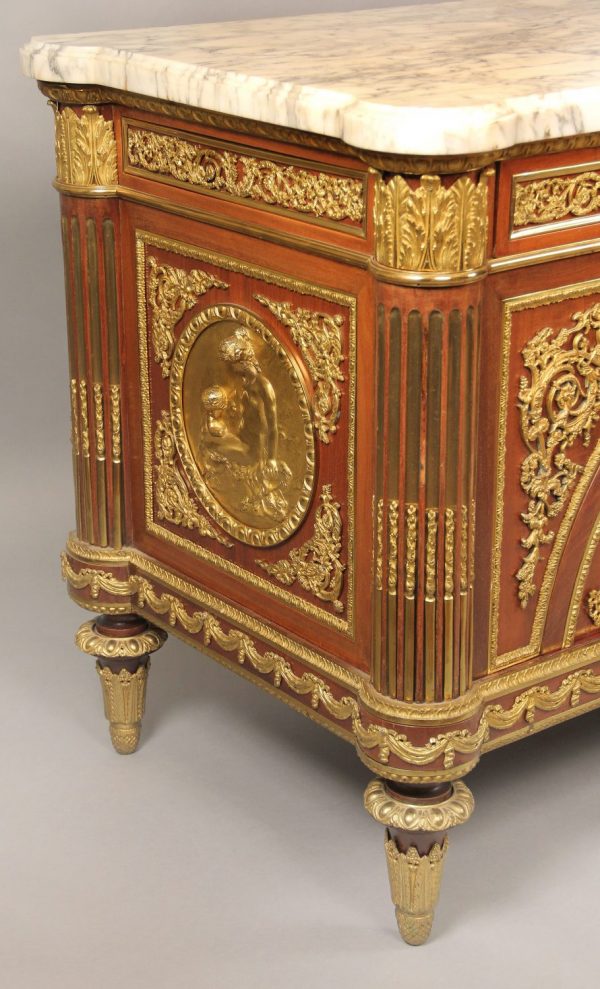 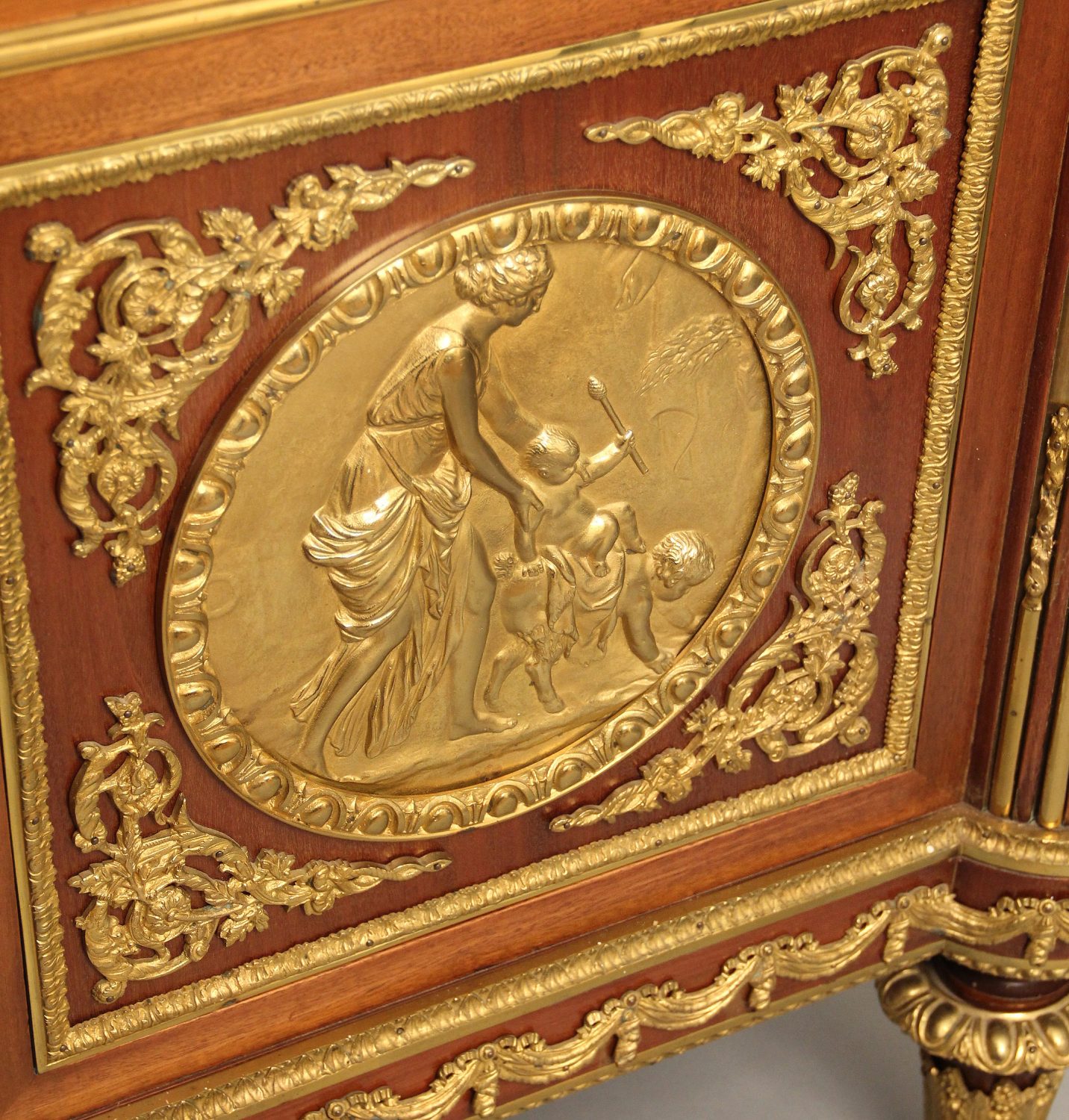 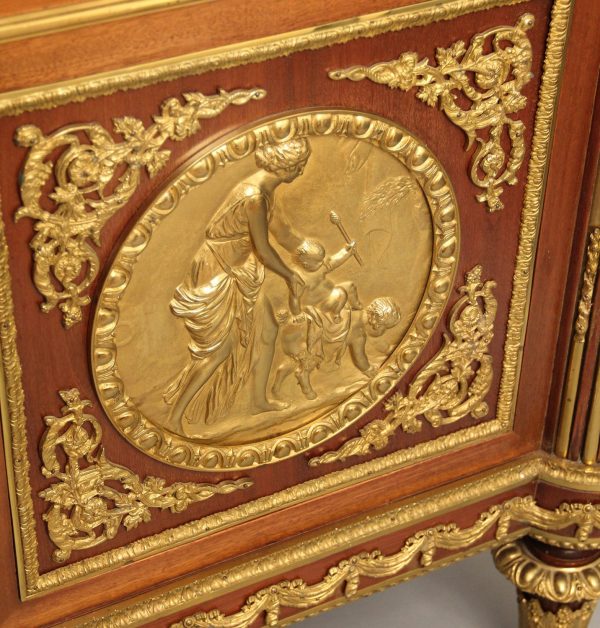 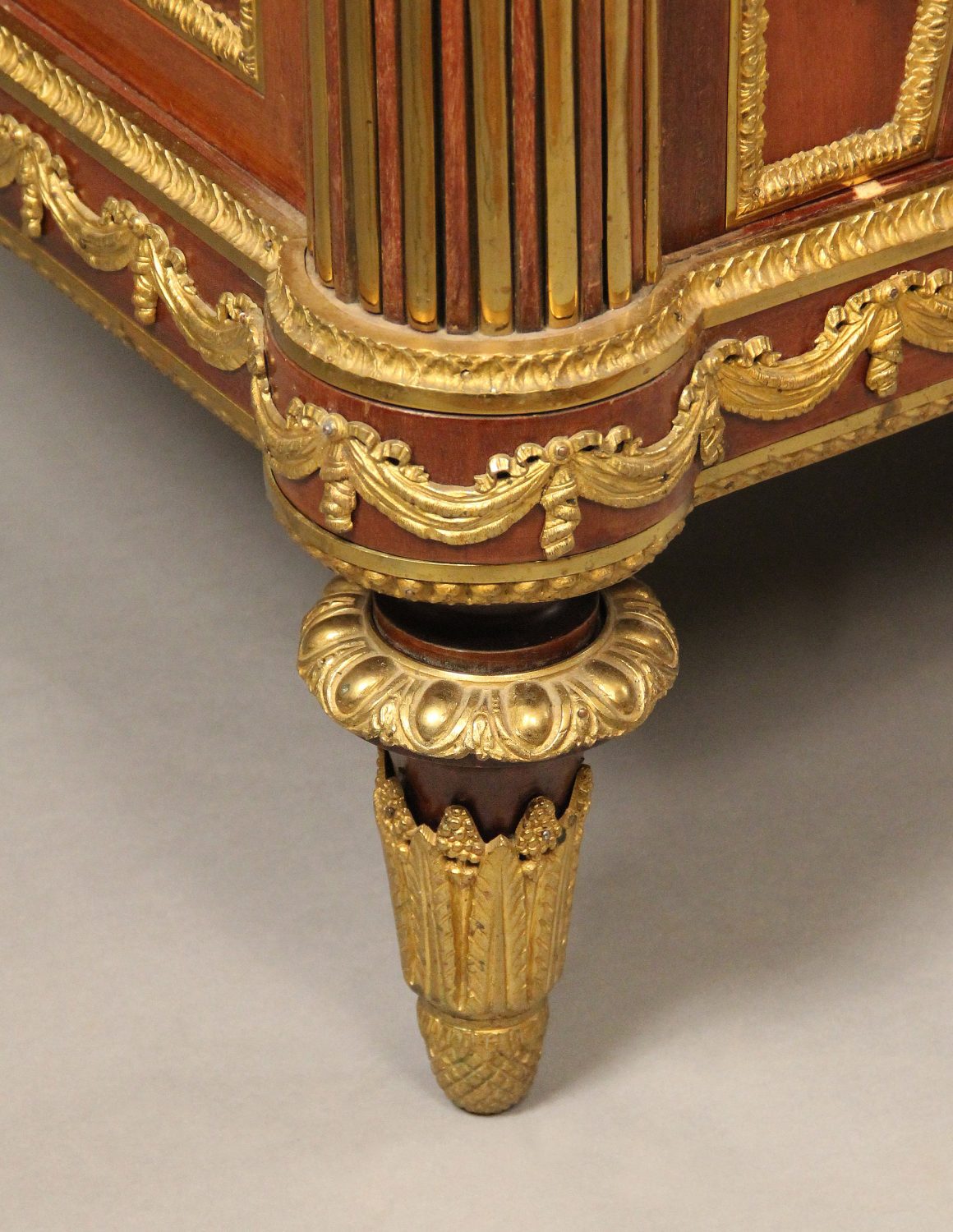 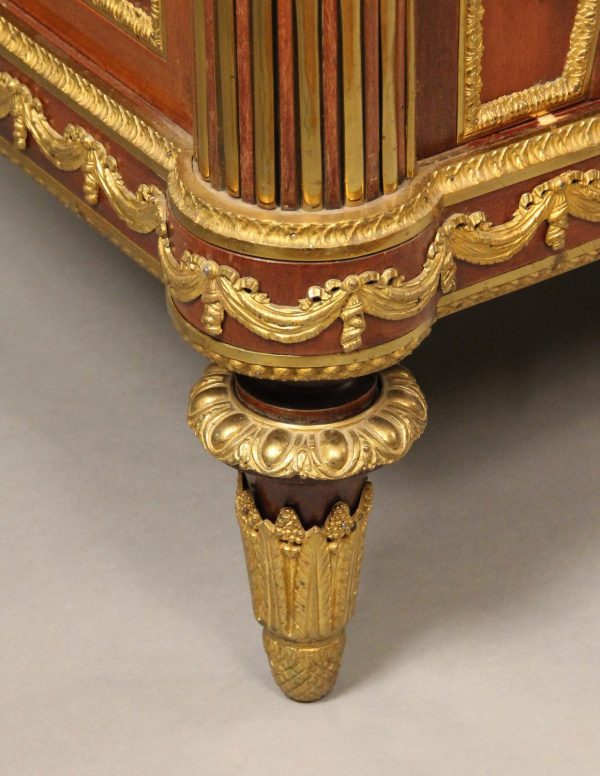 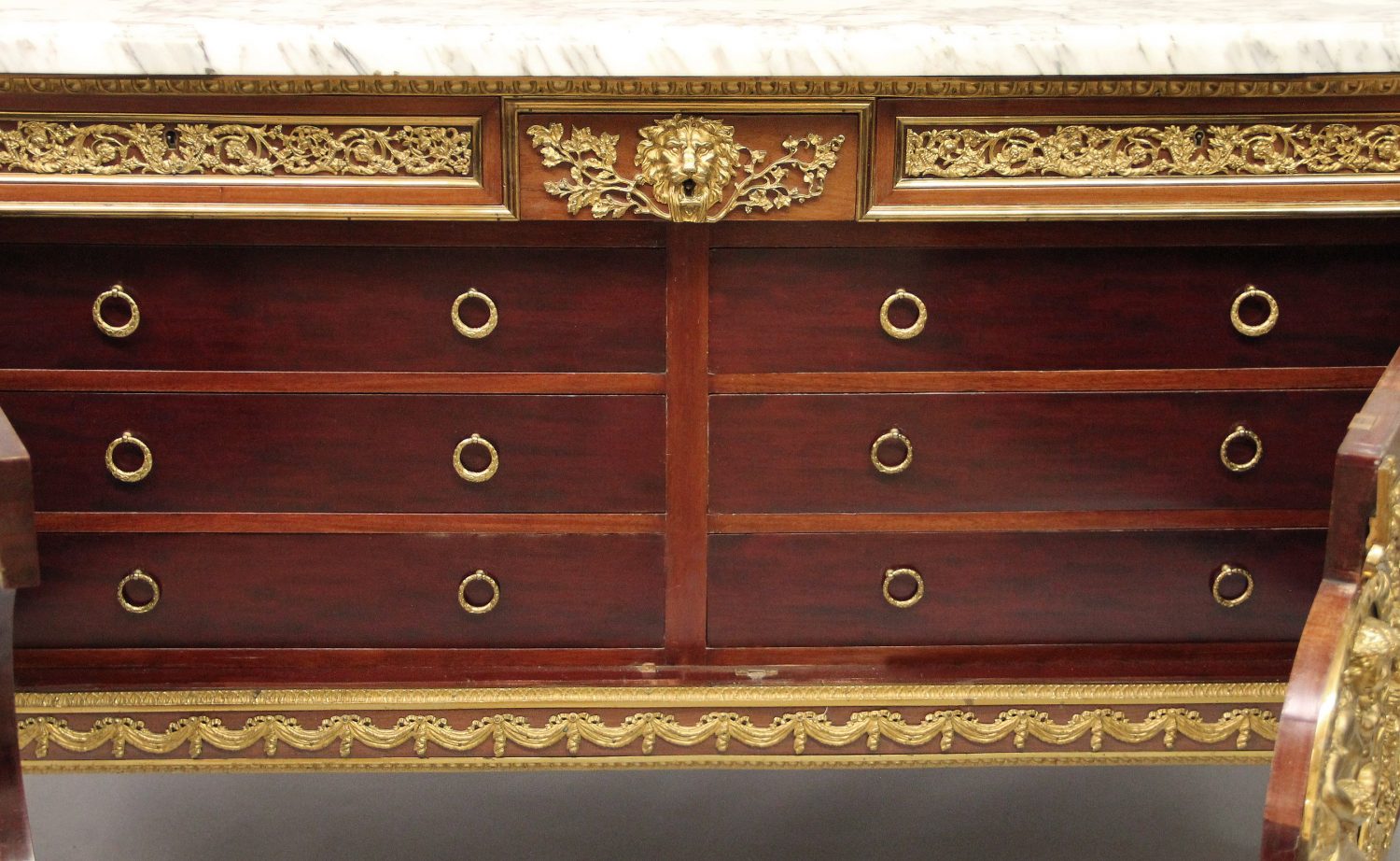 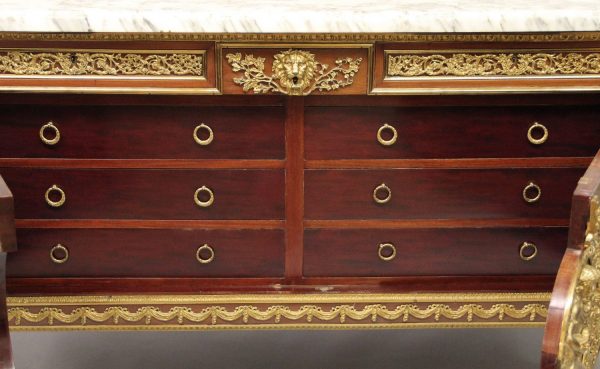 A white marble top above a frieze applied with scrolling-vine mounts and fronted by three drawers centered by a lion’s mask and oak branches, the cupboard doors with a central gilt bronze rounded plaque of Semele holding a bunch of grapes with Pan within a demi lune frame filled with arabesque scrolling vines, the sides with similar beautiful bronze plaques, raised on toupee feet with gilt bronze palmette sabots.

Léon Kahn was a leading bronzier working in Paris in the last quarter of the nineteenth century. Little is known about the man or his oeuvre, but signed examples of his work are nearly always influenced by the great ébénistes of the eighteenth century, such as Benneman.  His mounts are always of the very highest quality with exceptional casting and chiselling.

The design of the present commode relates closely to that of a pair adapted by Guillaume Benneman from a model by Joseph Stöckel supplied to Marie-Antoinette in 1786 for the Salon des Jeux at Fontainebleau.

Copied in widely varying degrees of quality throughout the late 19th and early 20th centuries, the present example of Stöckel and Benneman’s model exhibits the high level of execution and finish associated with the finest quality pieces.