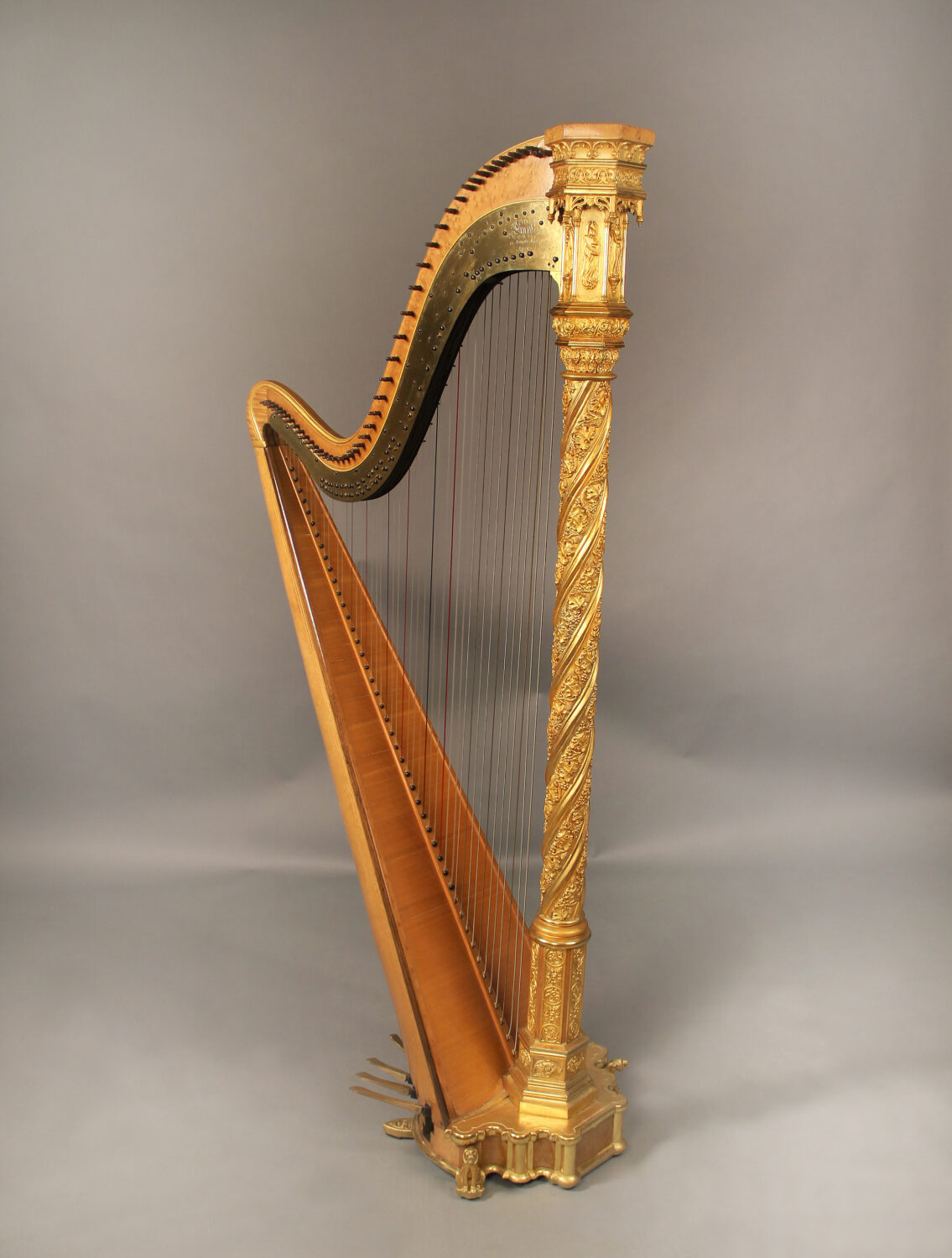 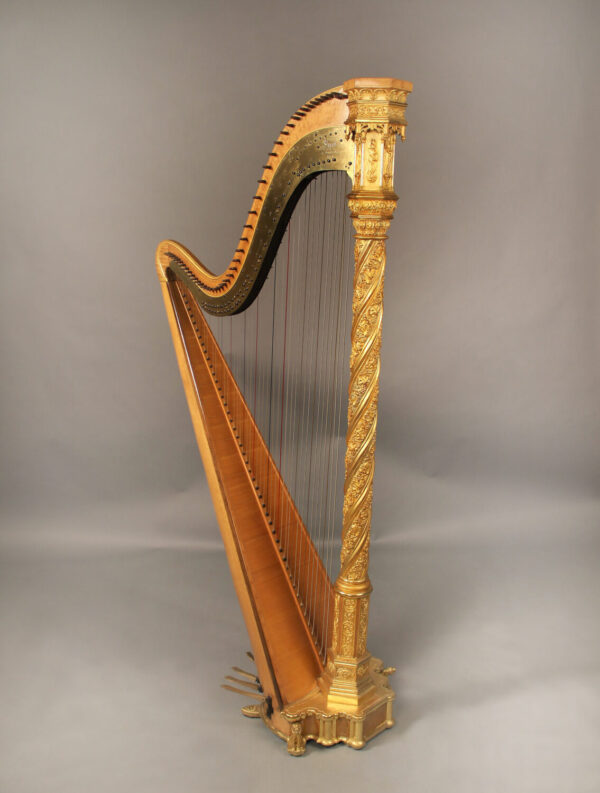 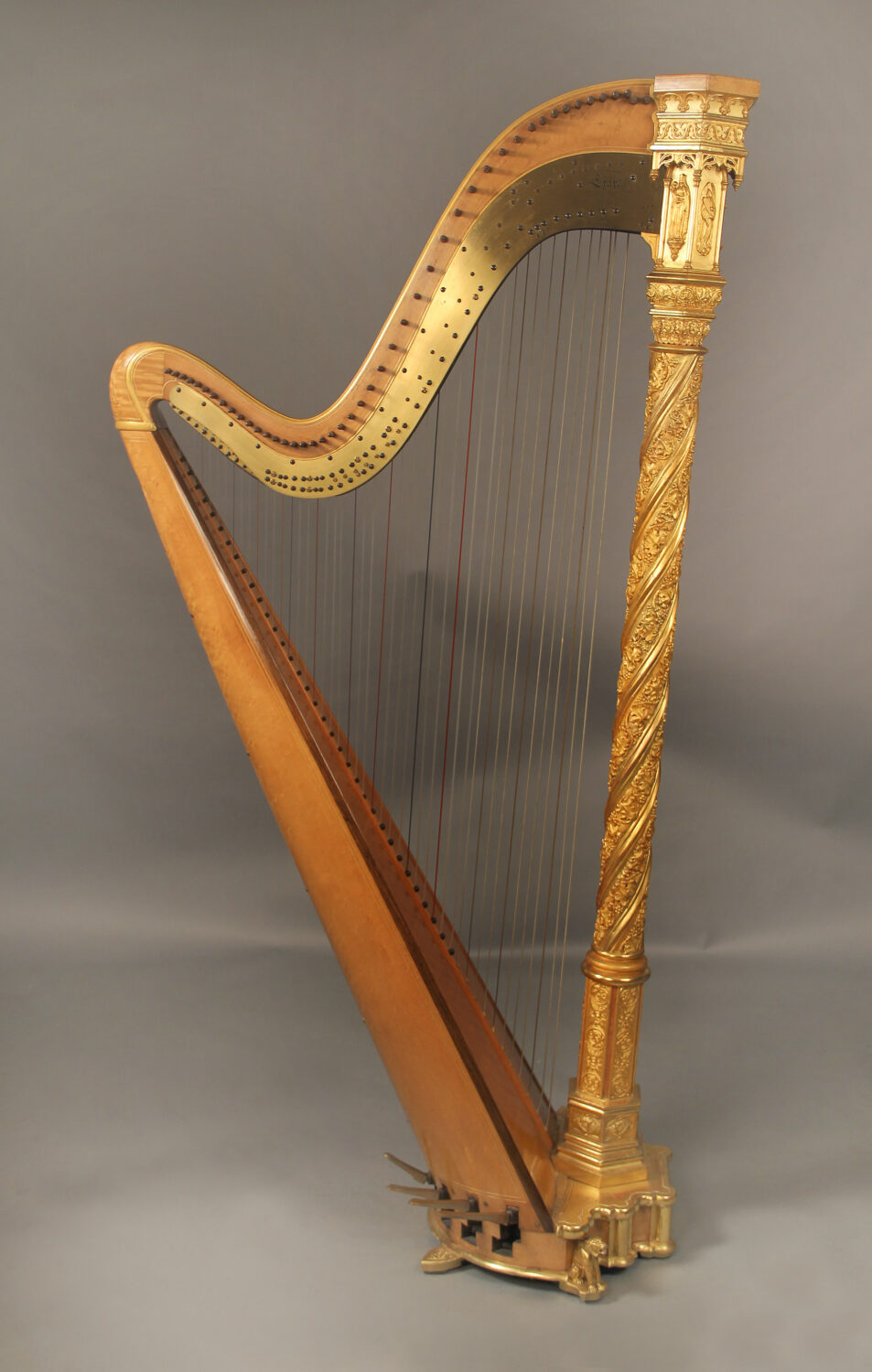 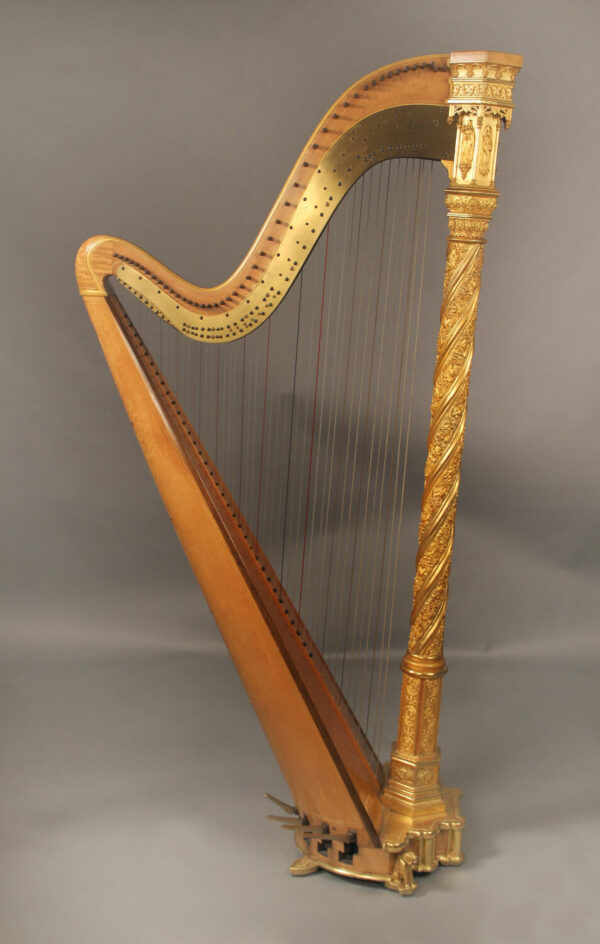 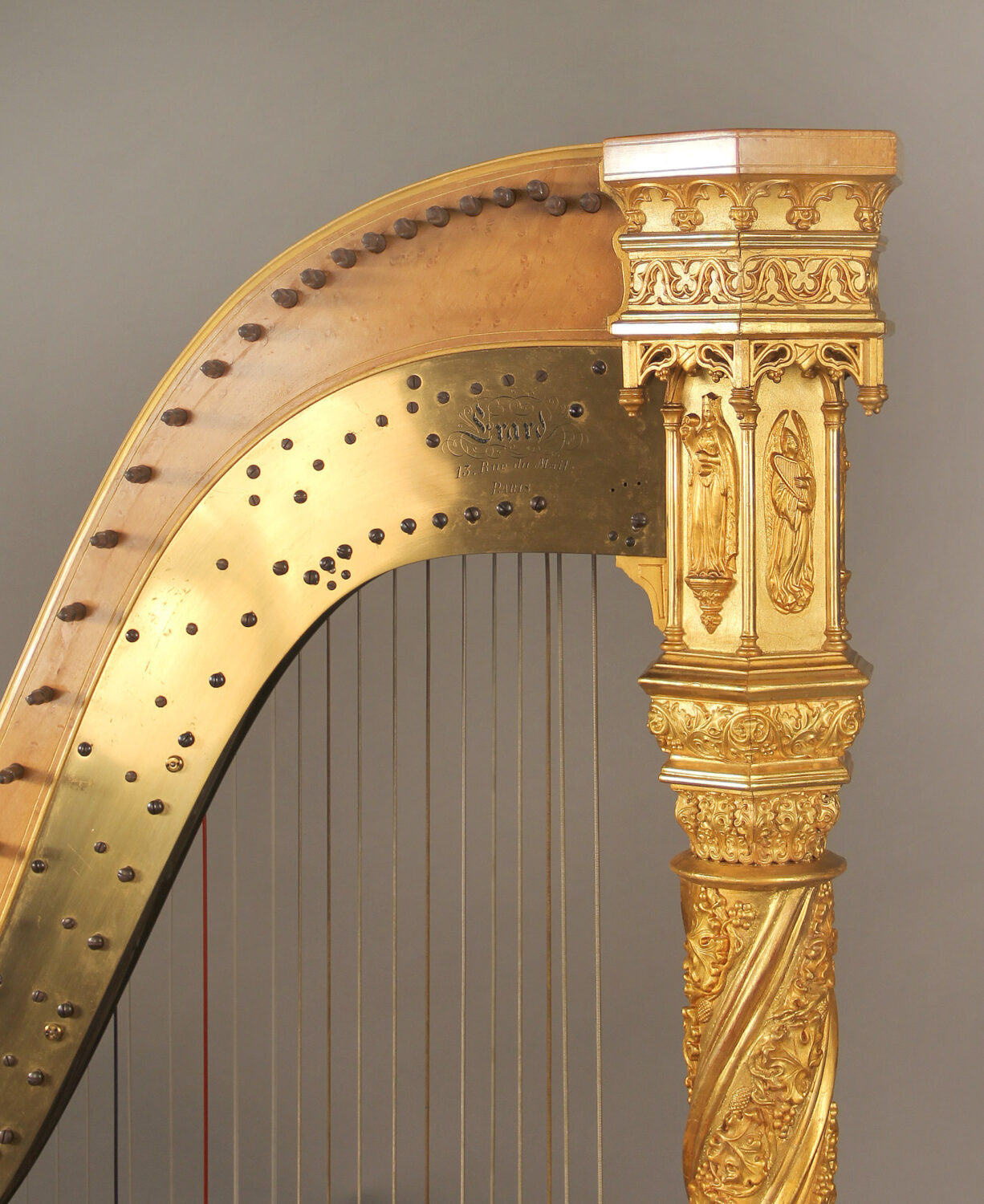 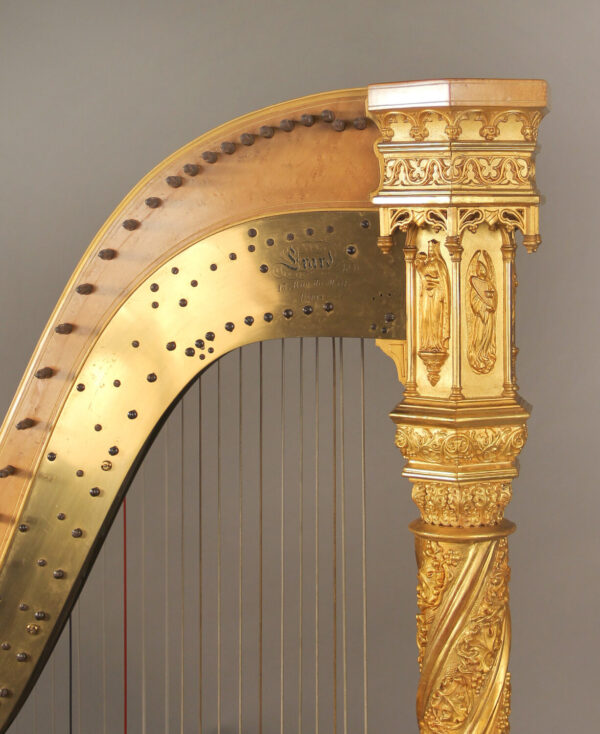 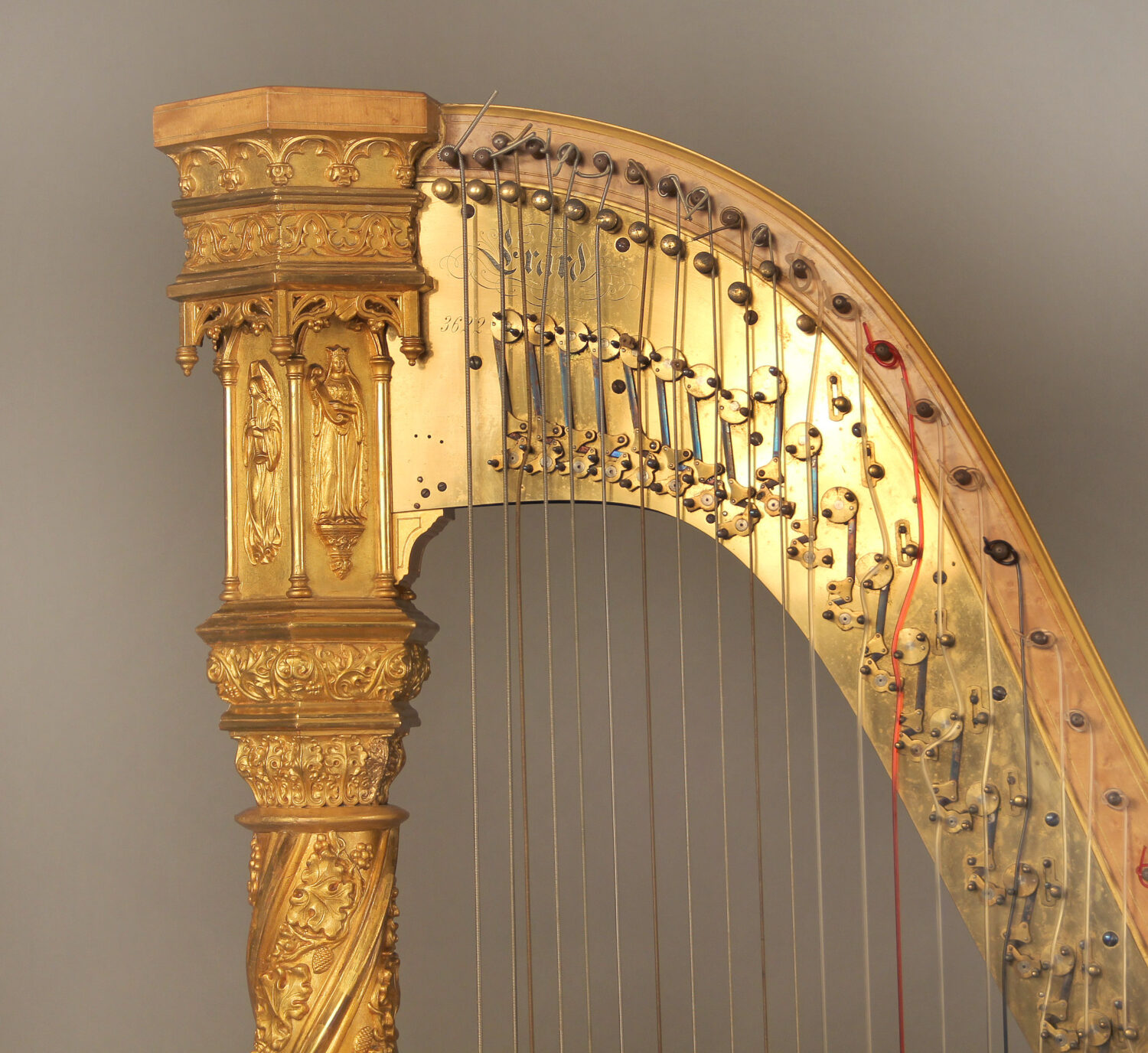 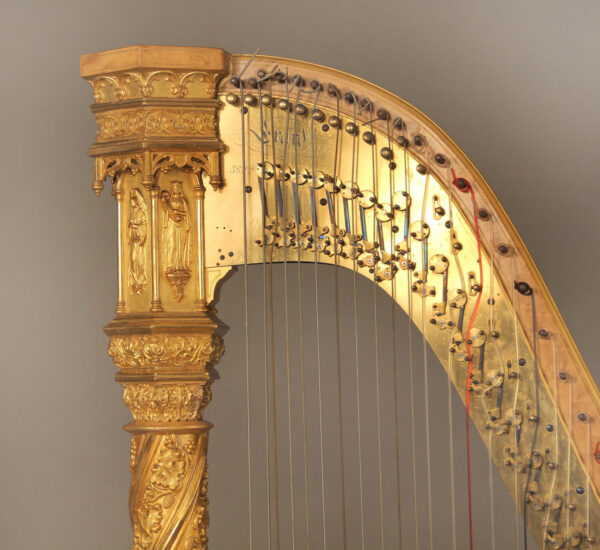 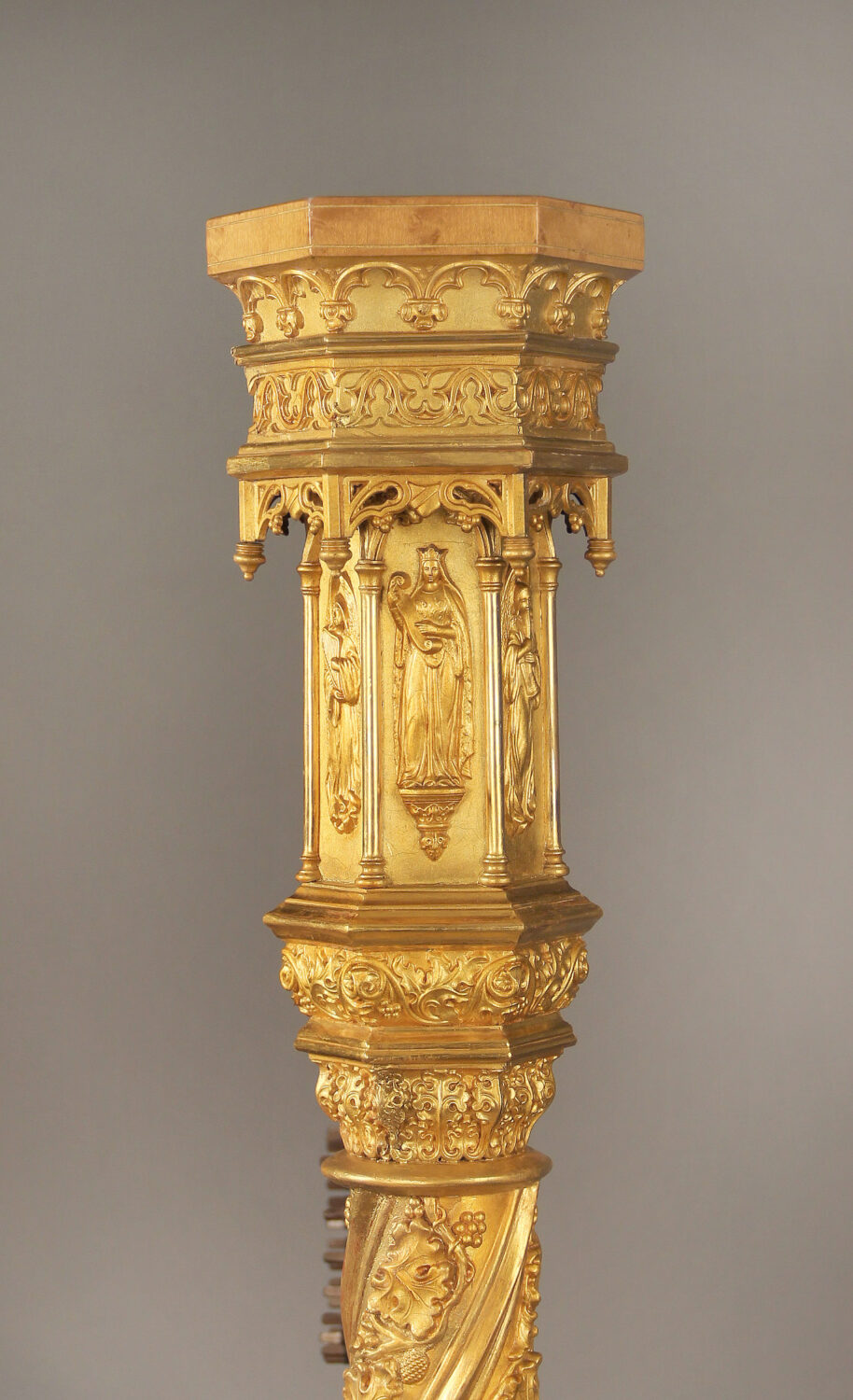 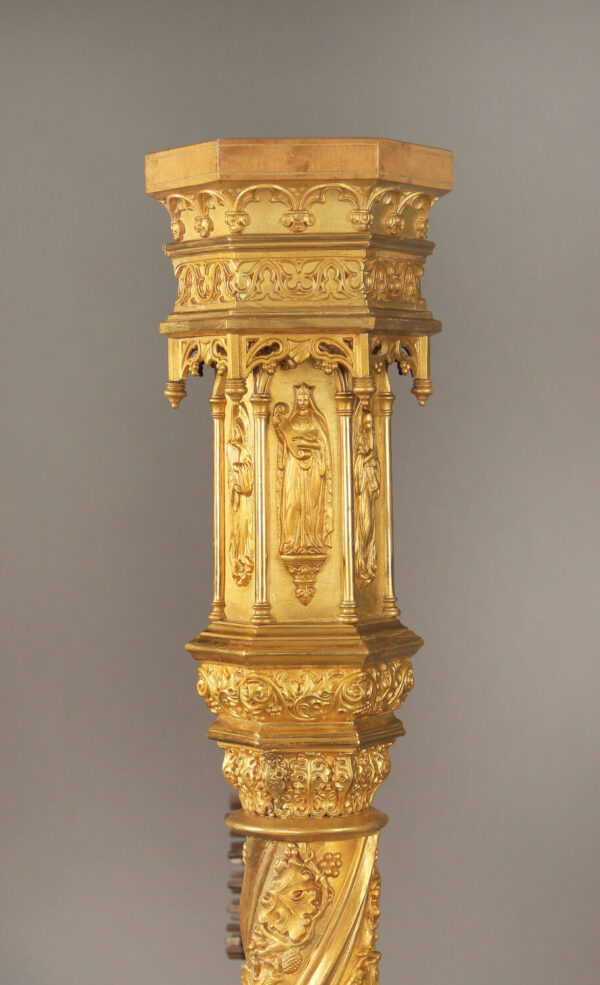 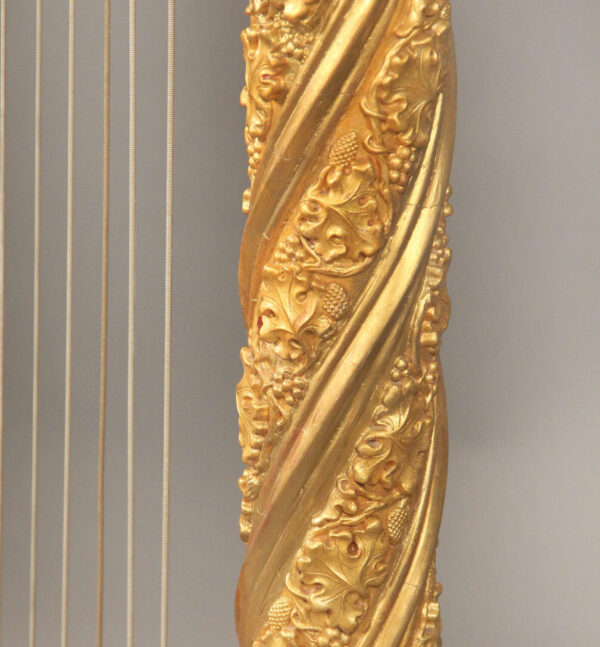 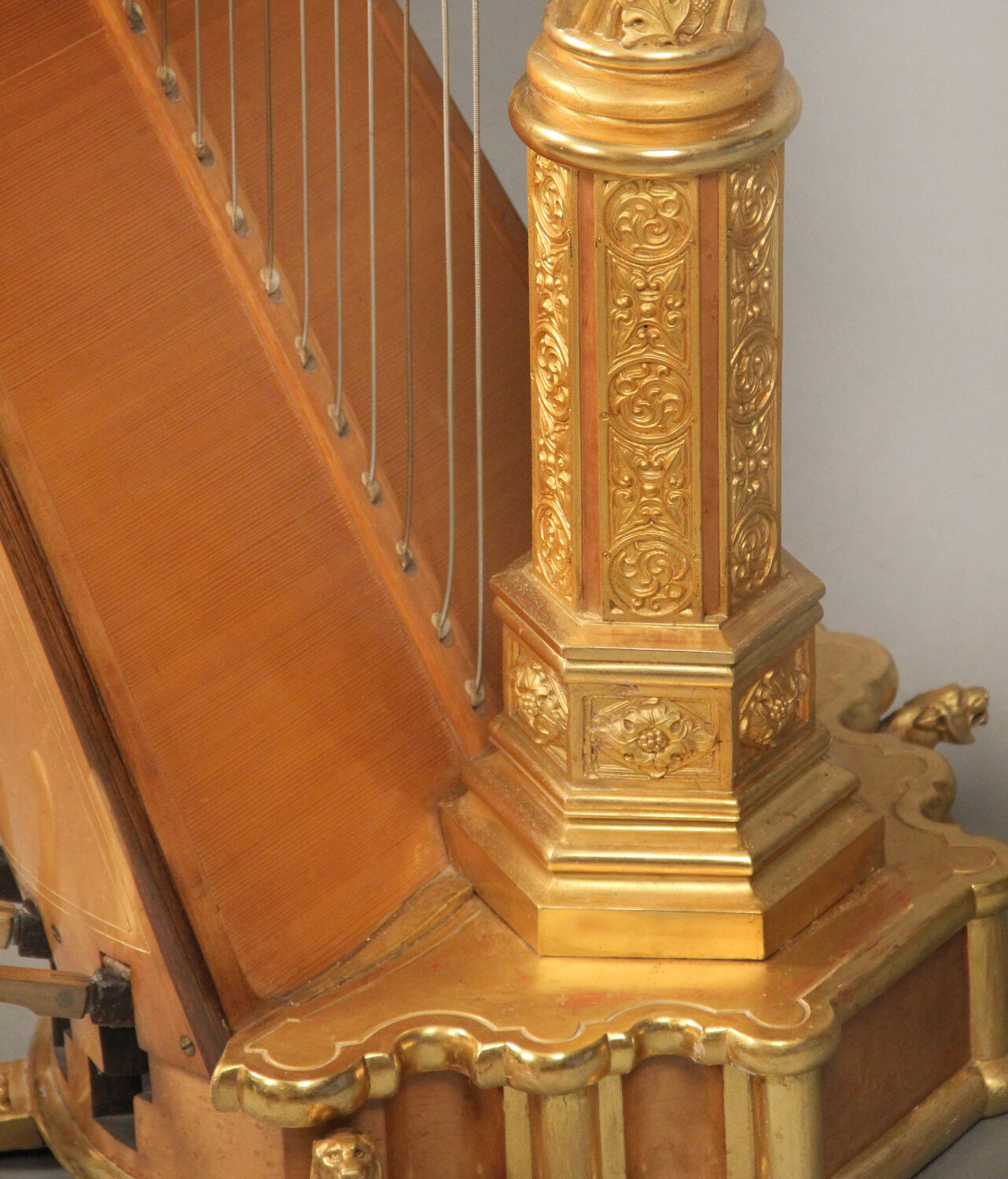 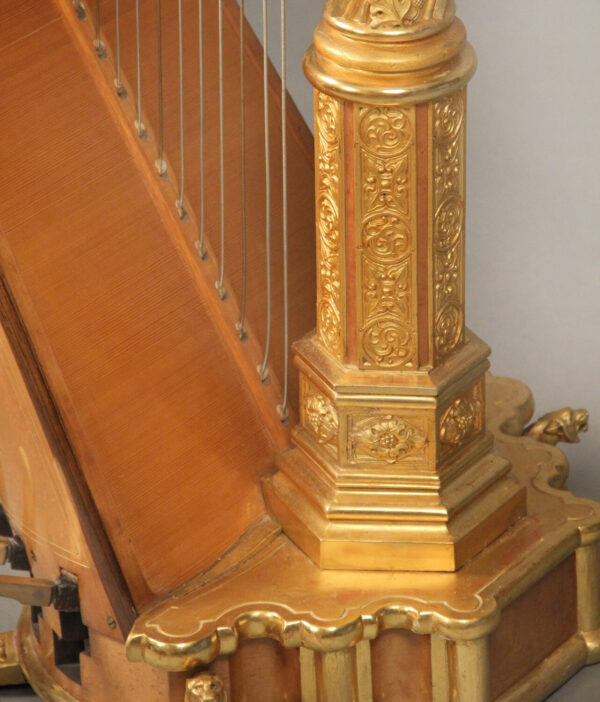 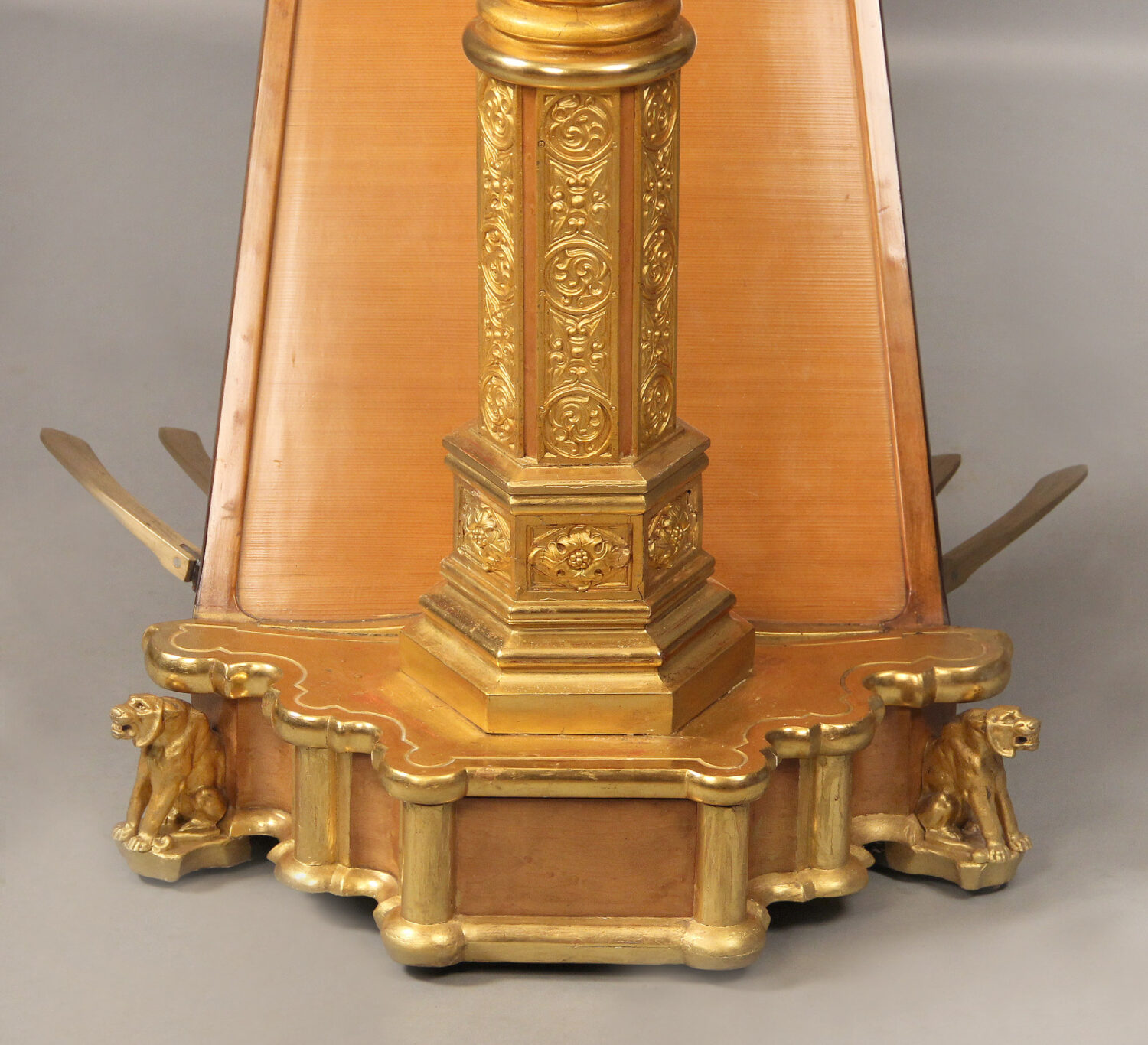 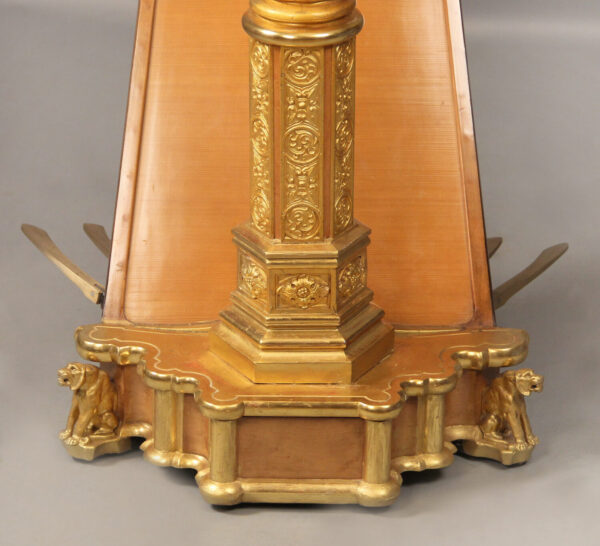 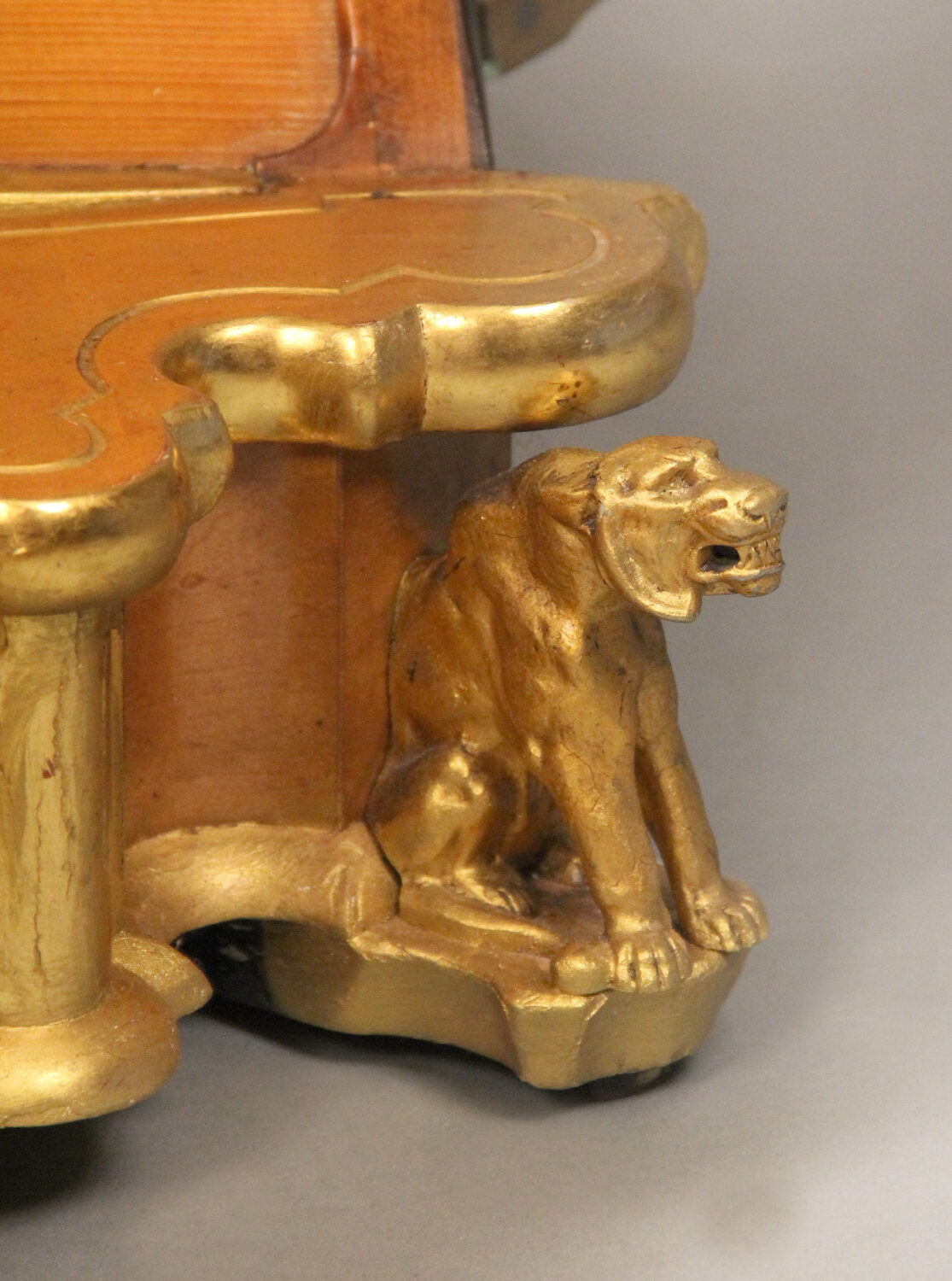 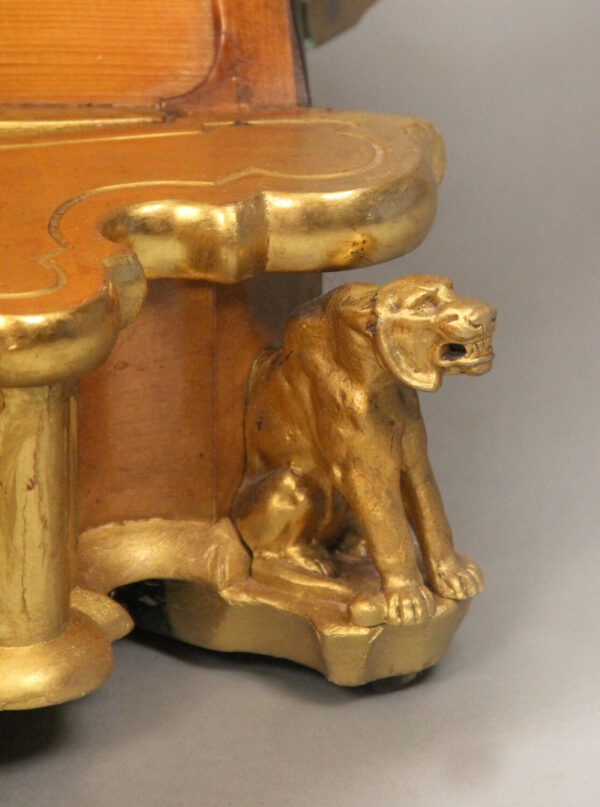 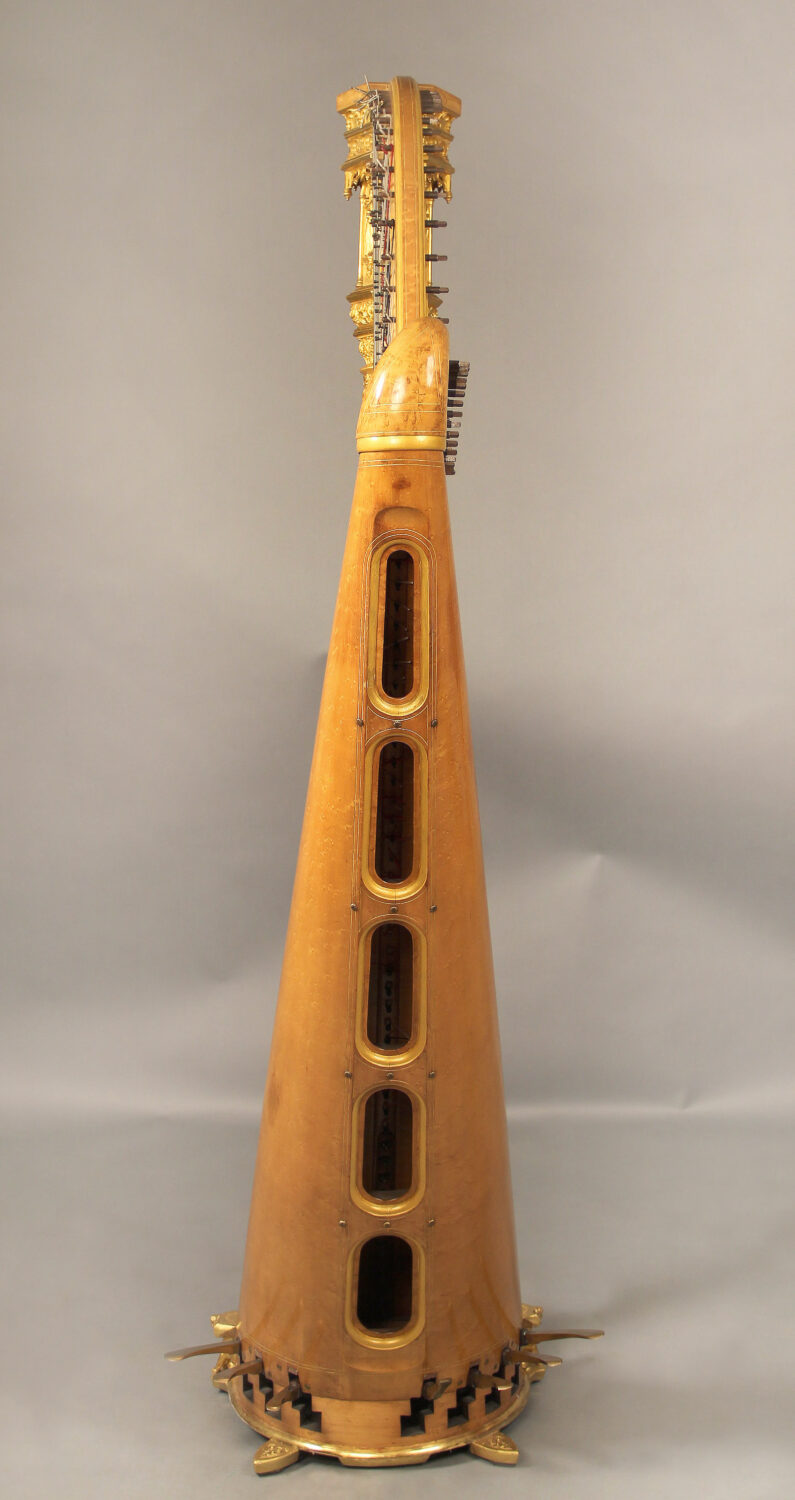 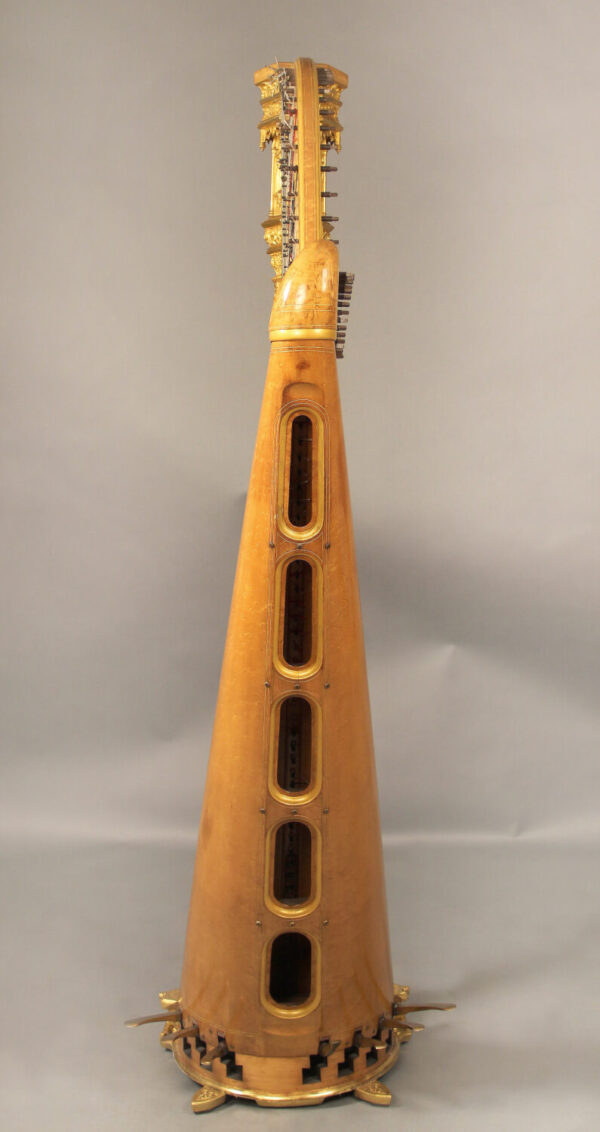 The top of the gilt column wonderfully carved with angels playing instruments above the very finely carved twisted body with berries and foliage, leading down to a seven pedestal base with two sitting tigers.

The brass stamped Erard, with serial number 3622 on one side and Erard, 13 Rue du Mail Paris on the other side.