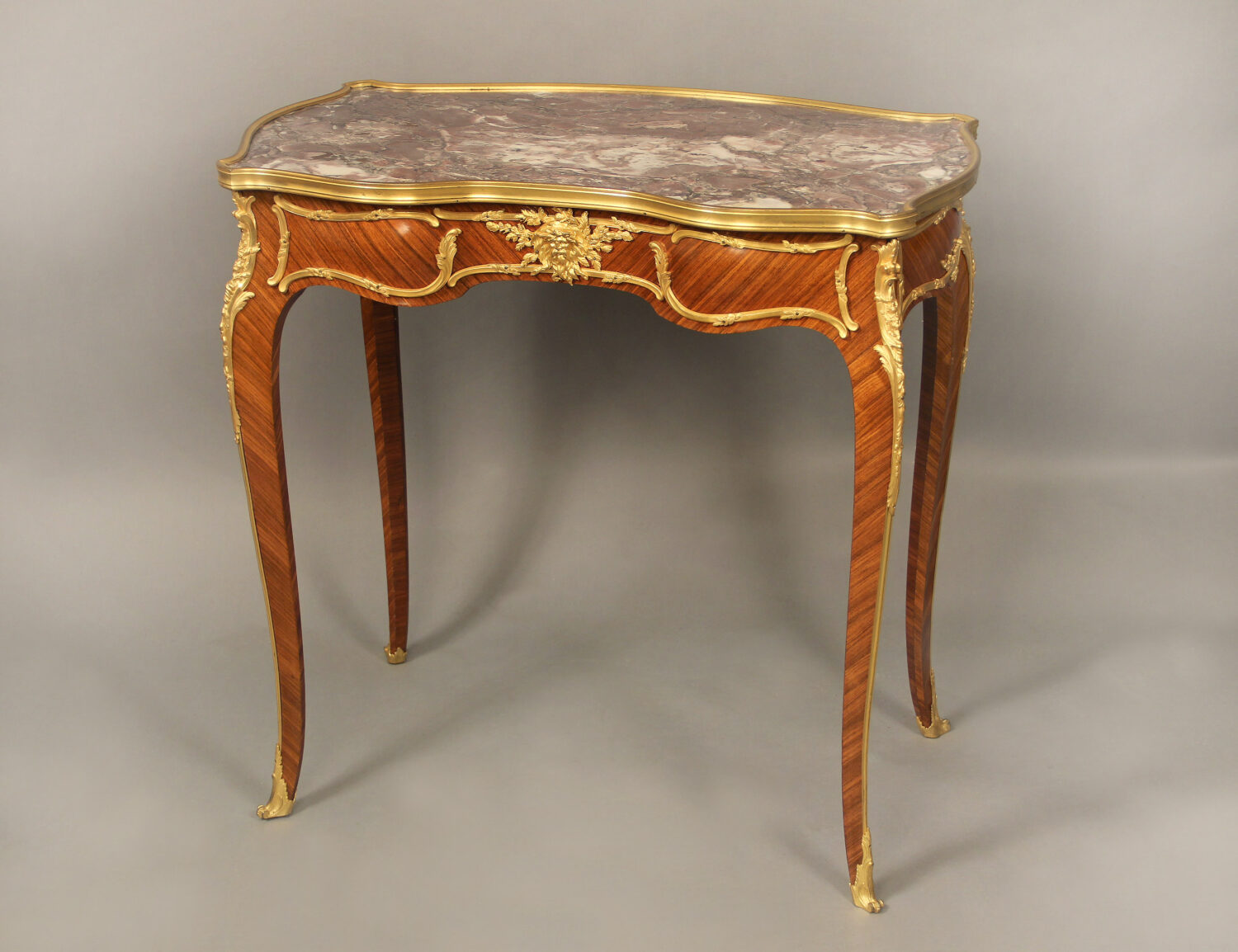 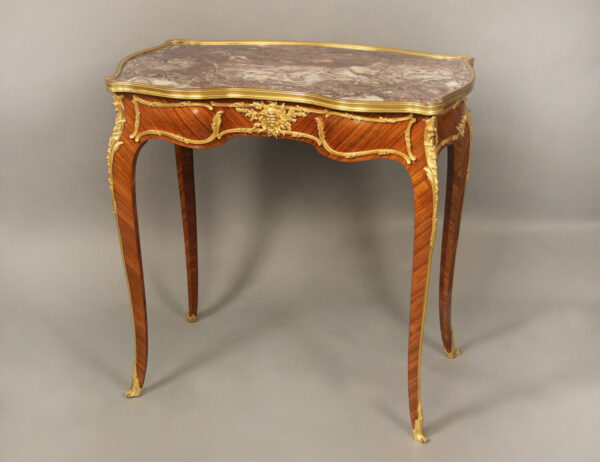 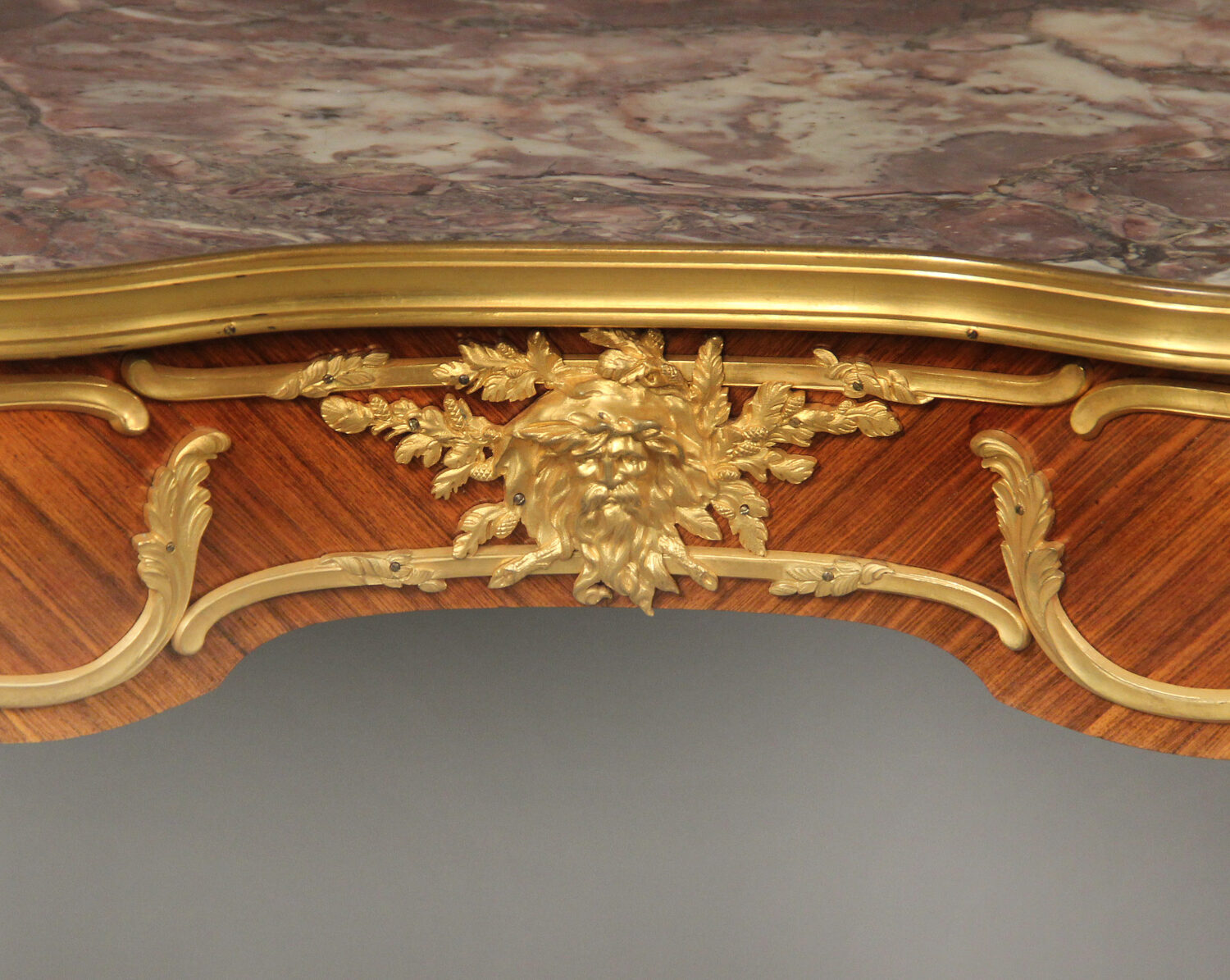 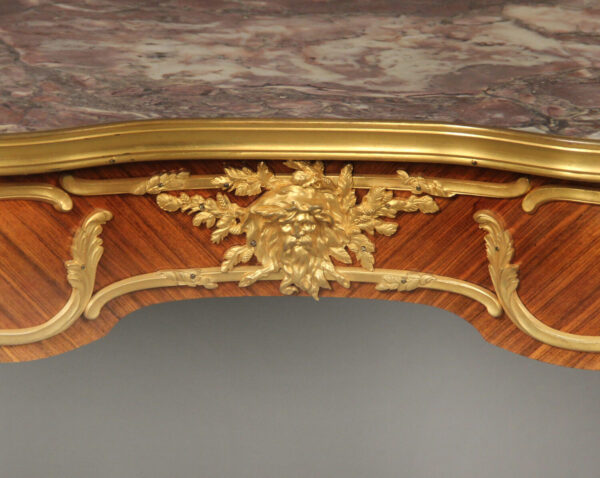 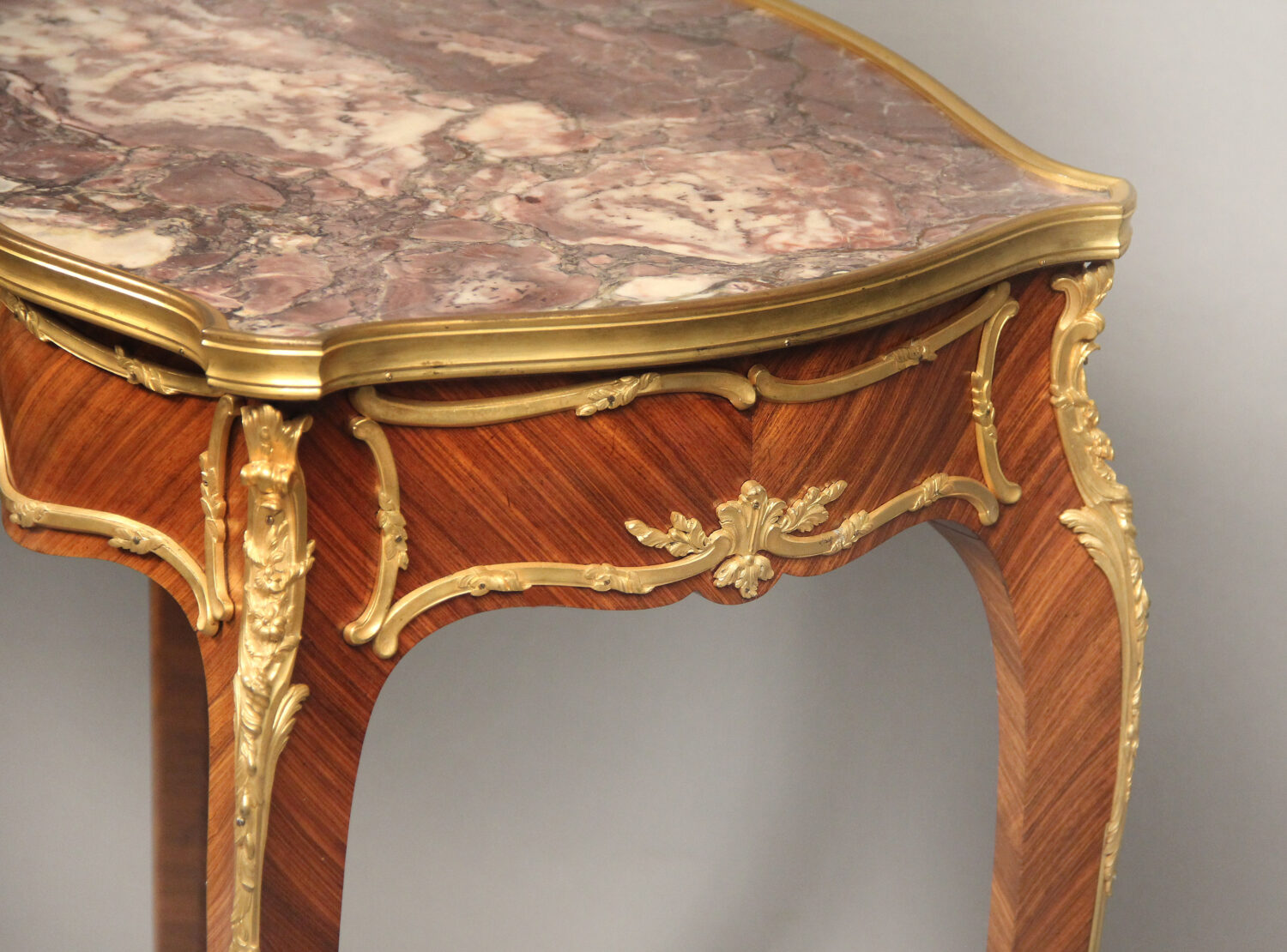 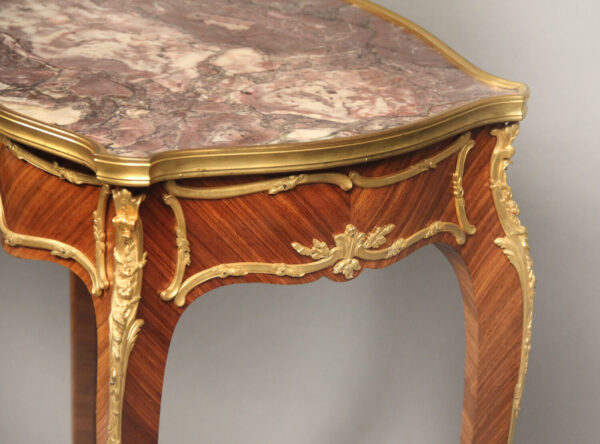 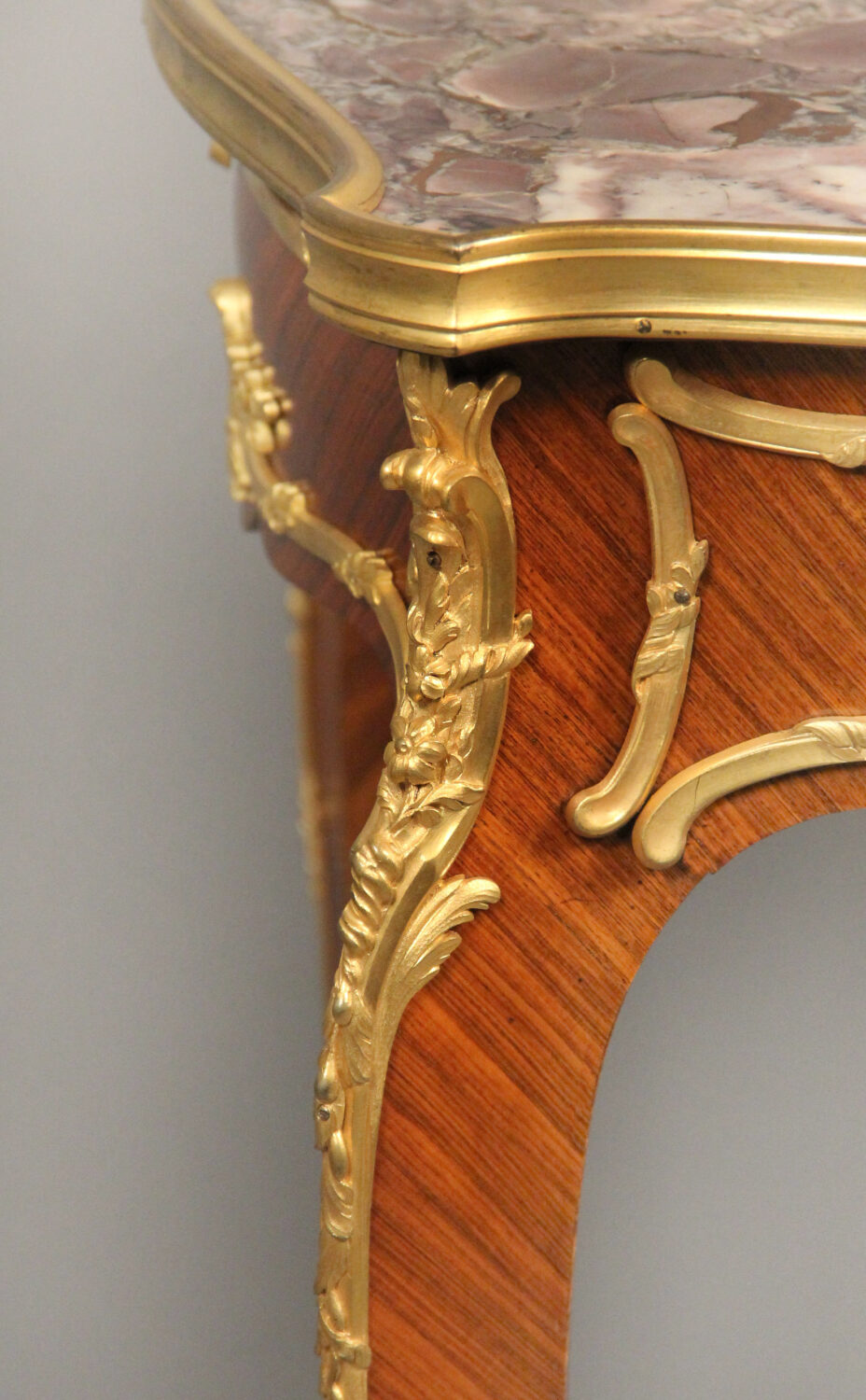 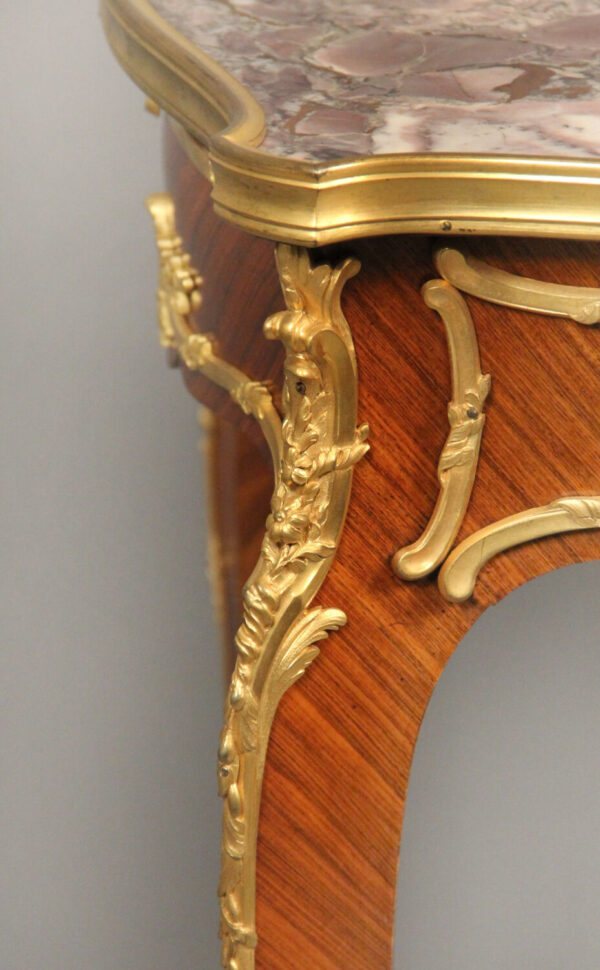 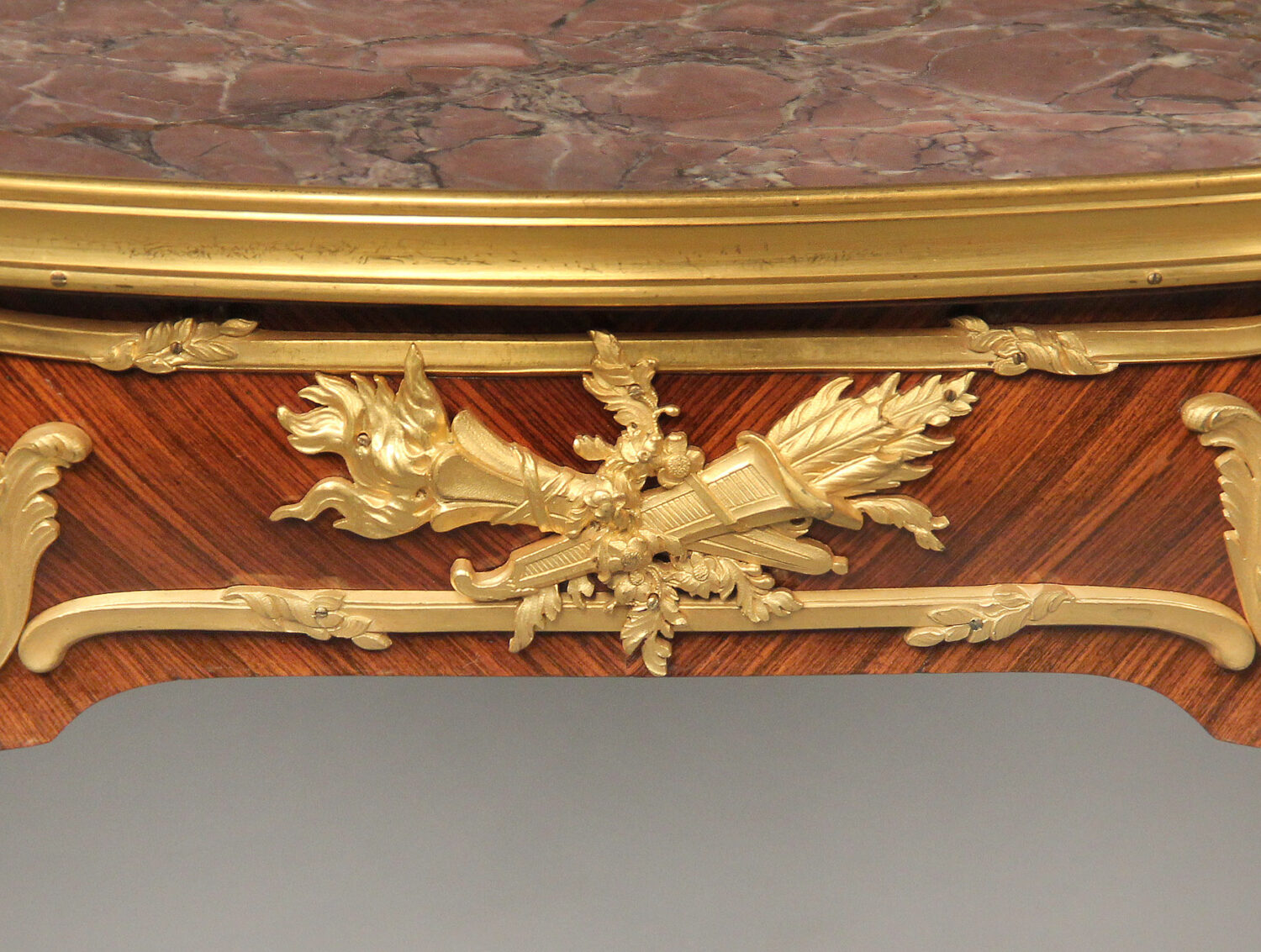 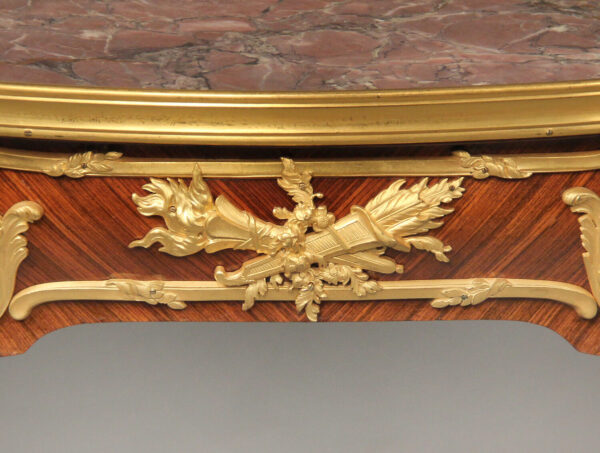 The shaped rectangular fleur de pecher marble top, above a serpentine frieze with foliate-cast frame, the front fitted with a drawer and centered by a gilt bearded mask mount, the back with crossed torch and arrow quiver, on cabriole legs headed by foliate clasps running to scroll sabots.