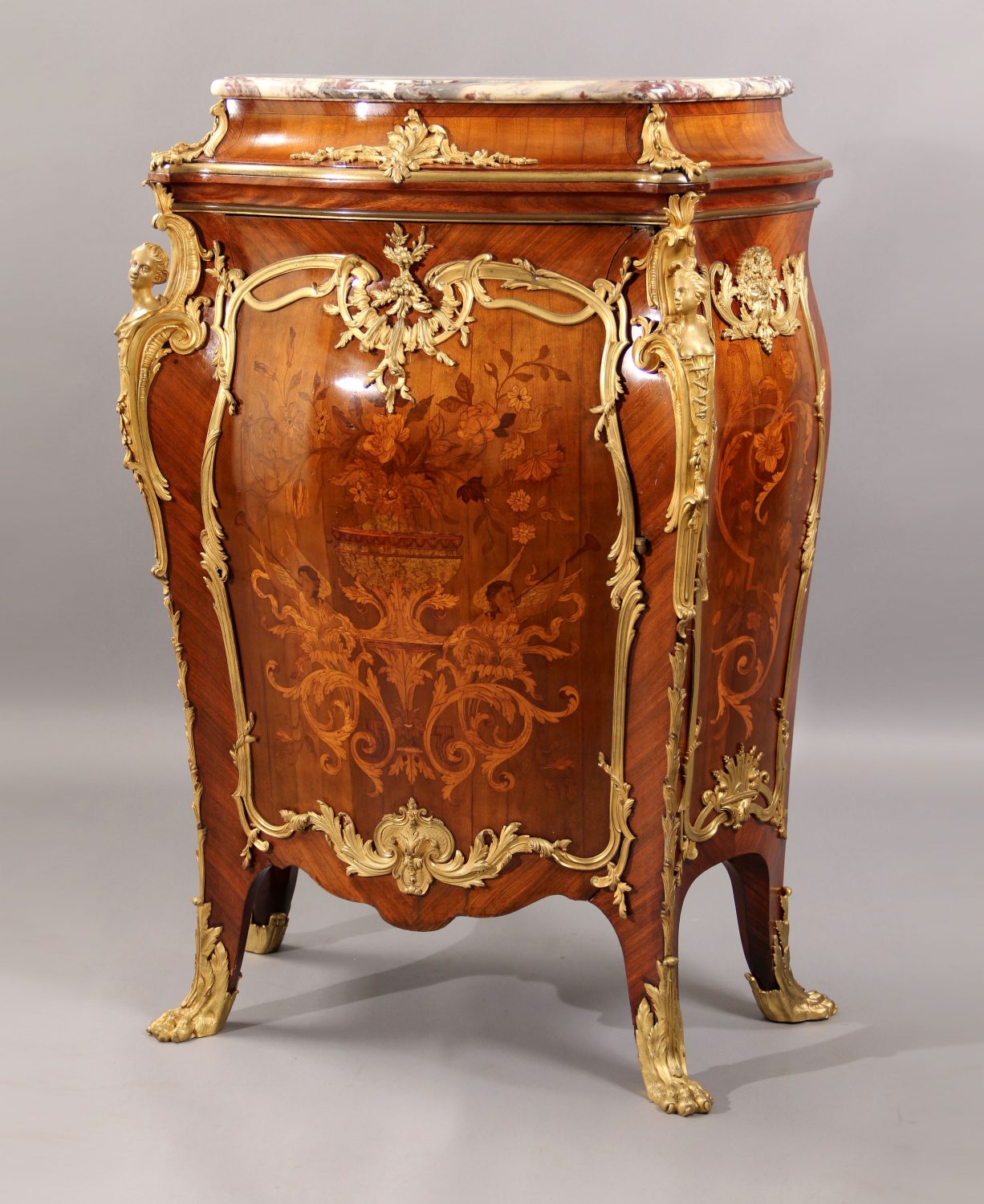 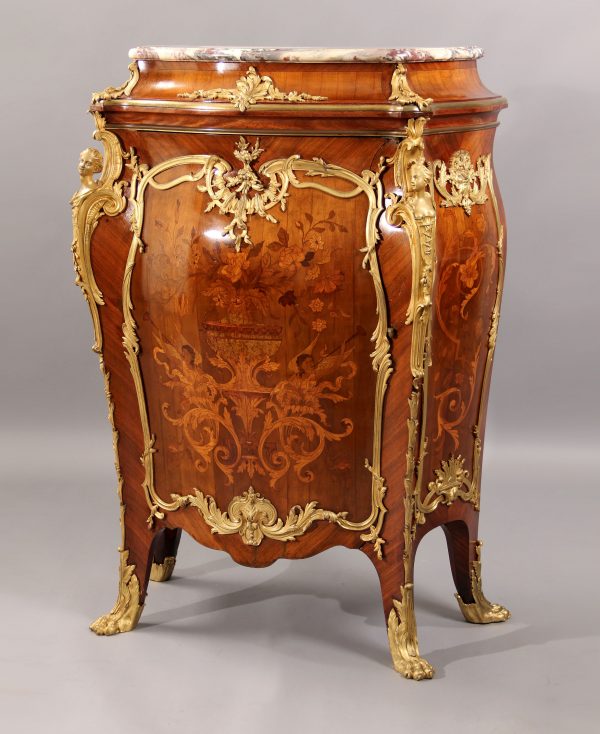 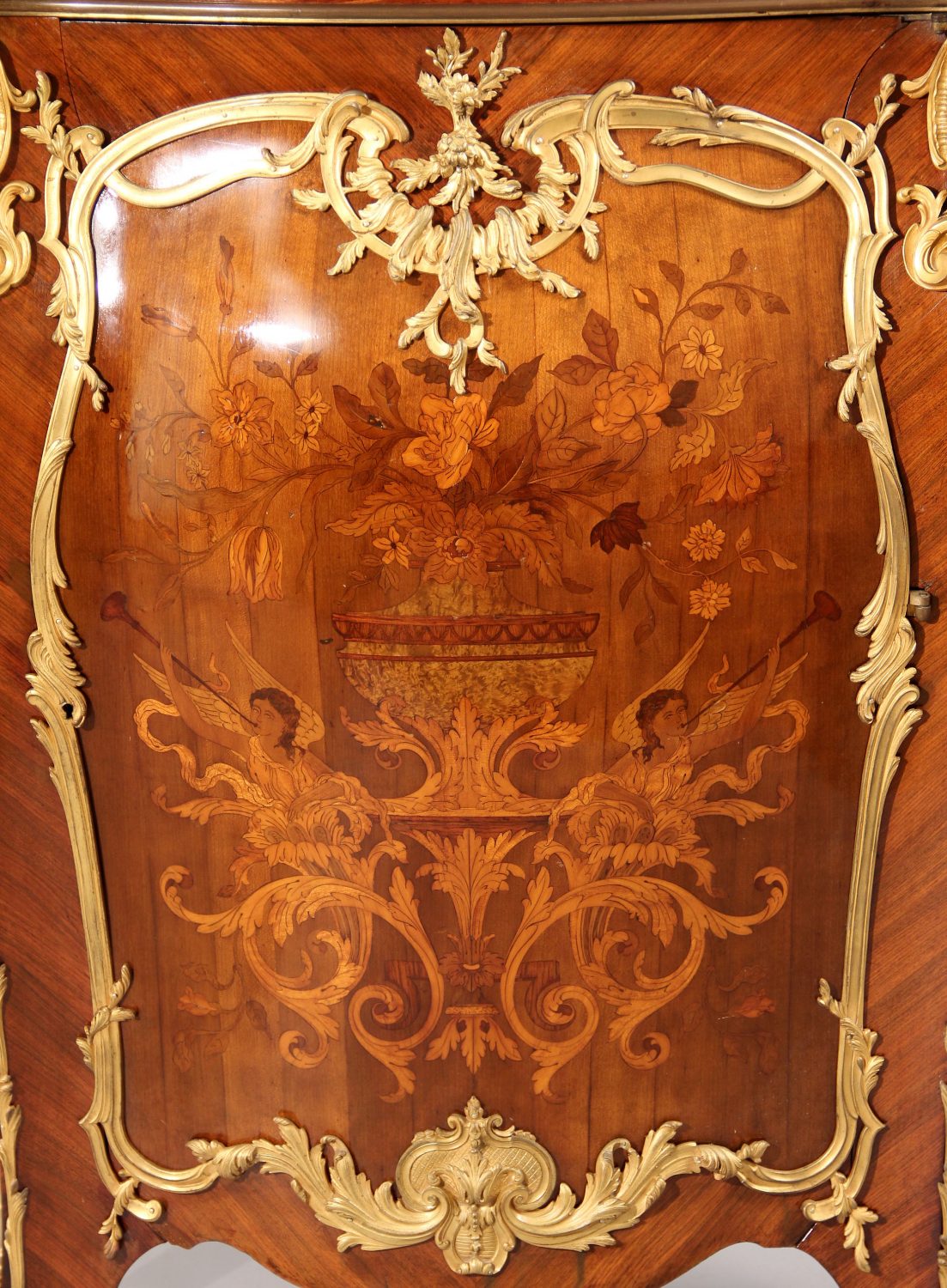 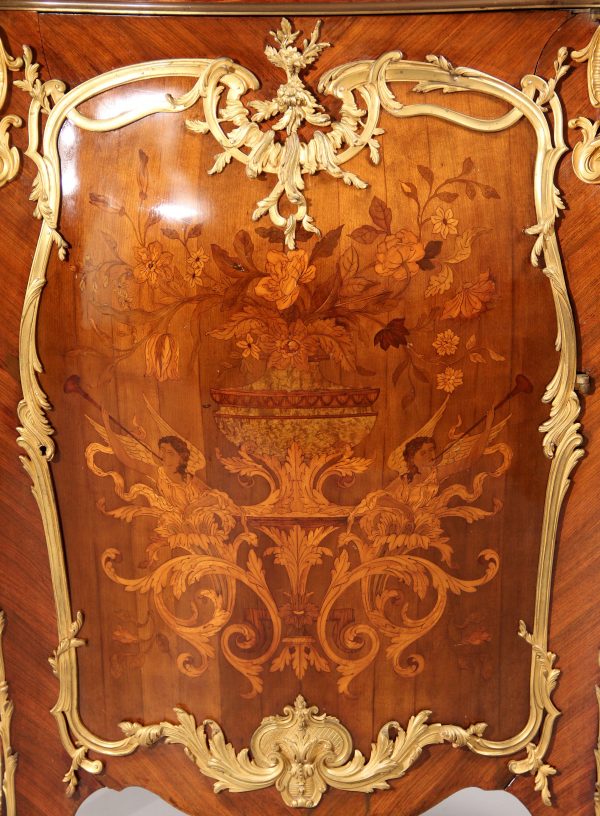 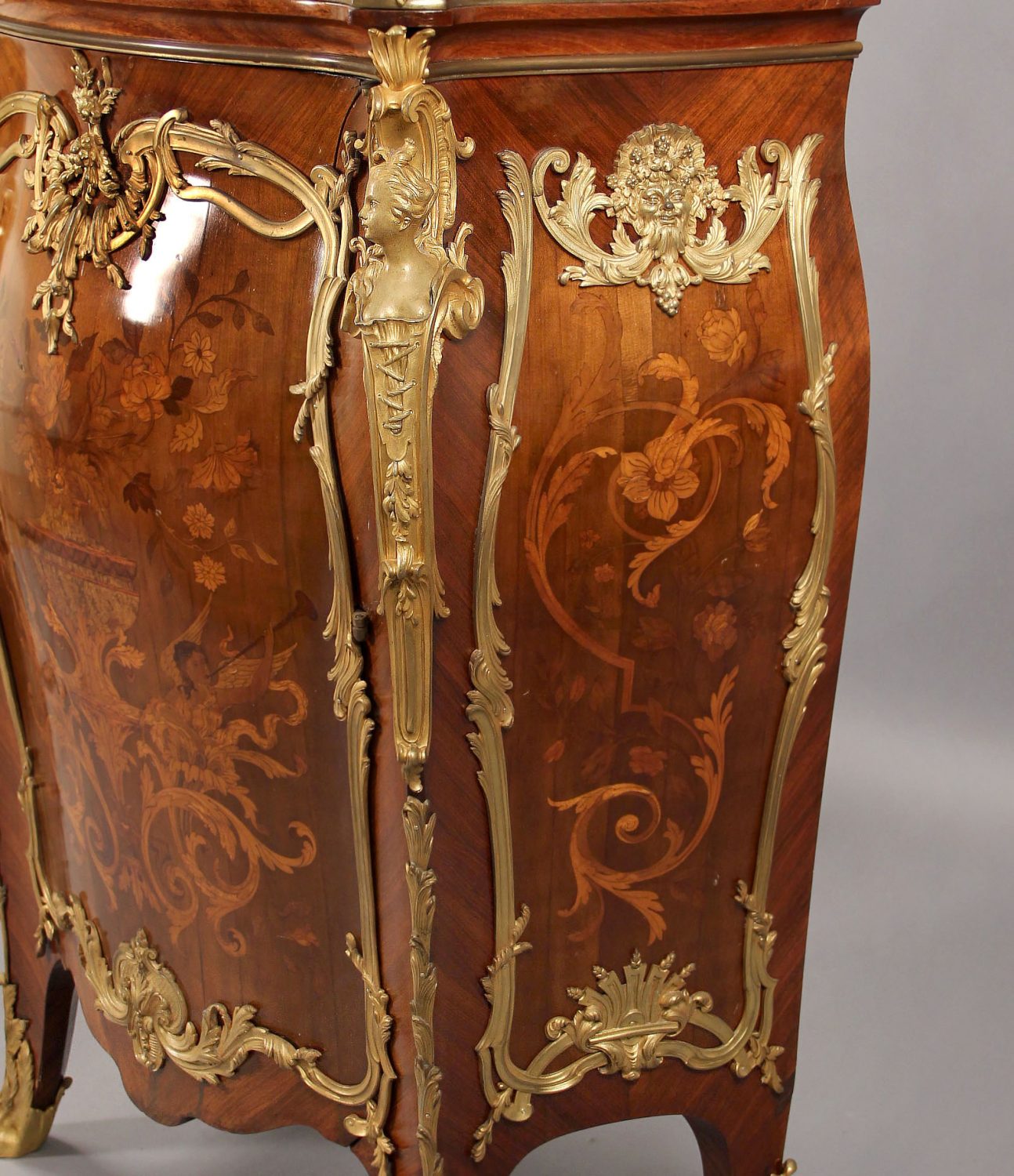 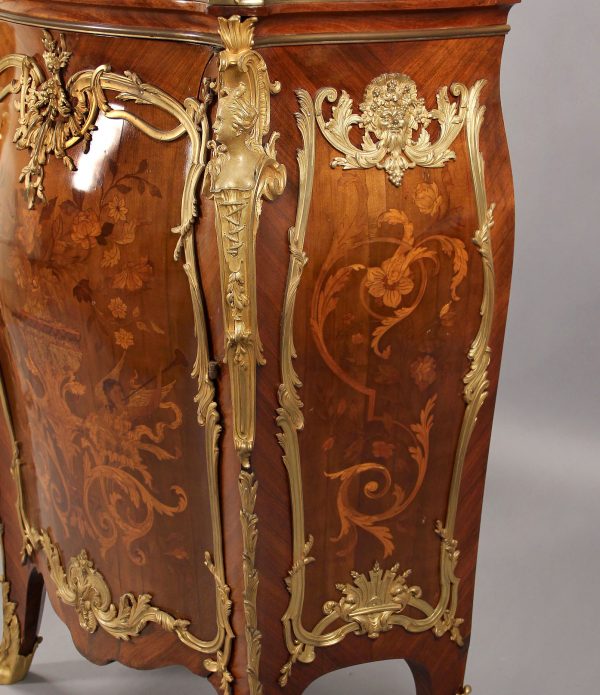 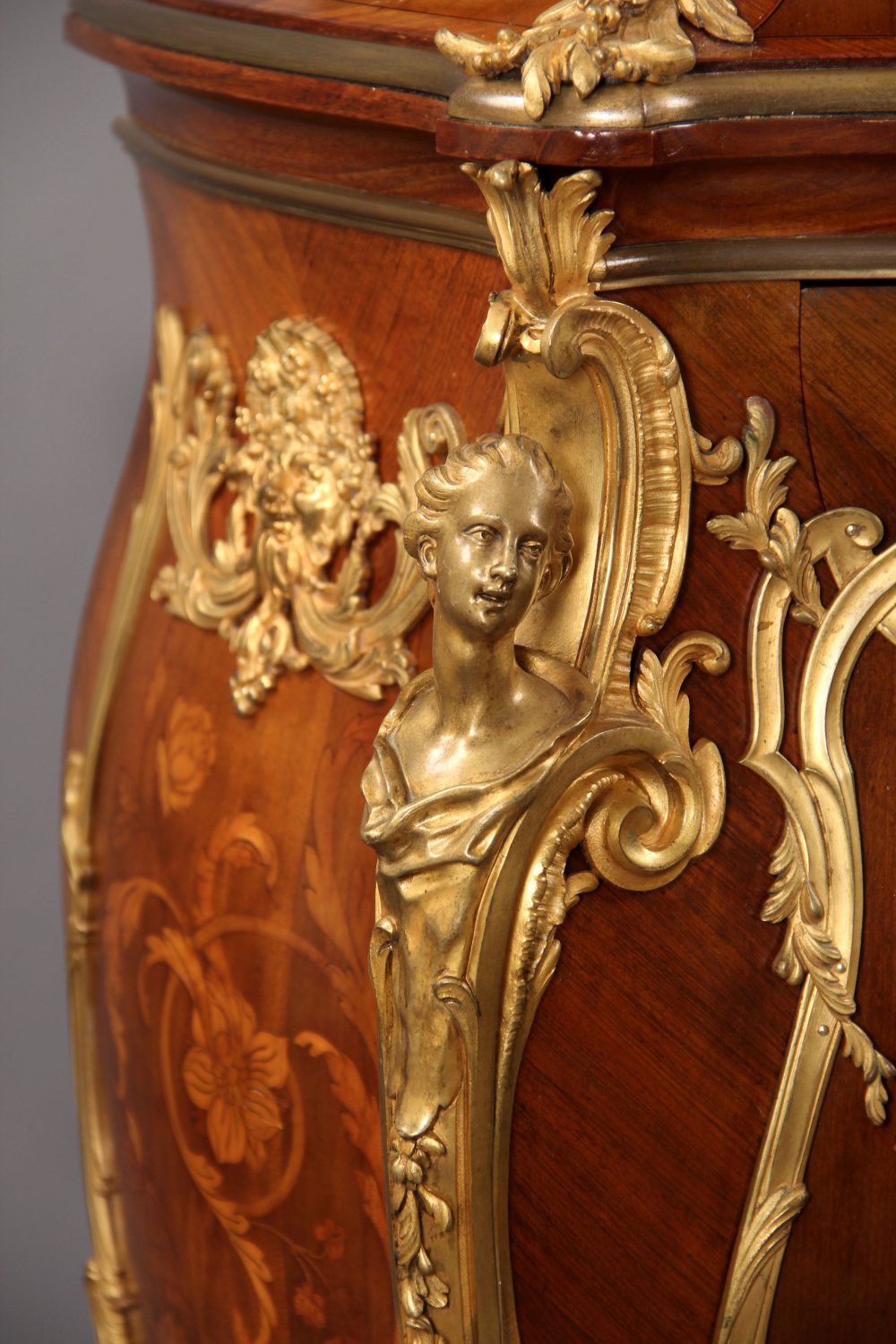 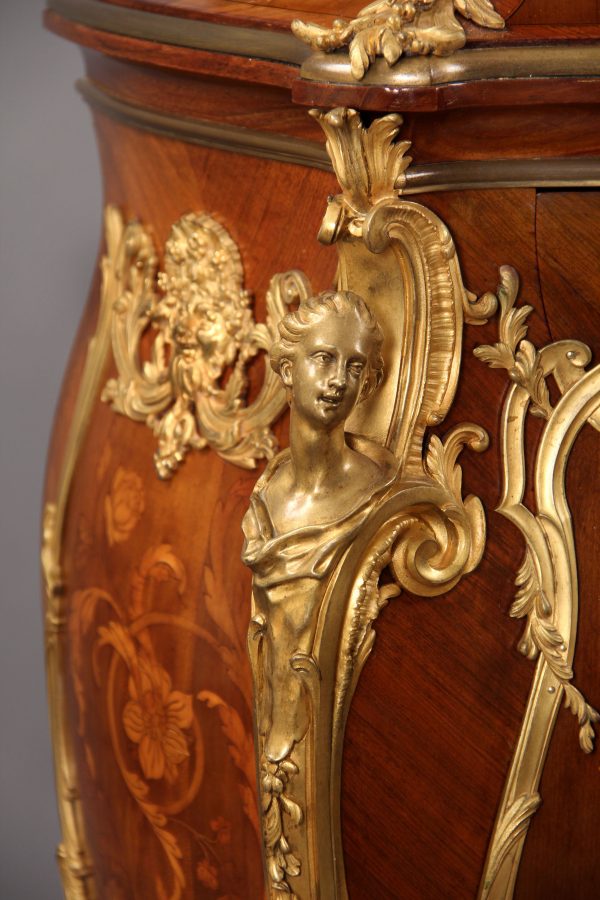 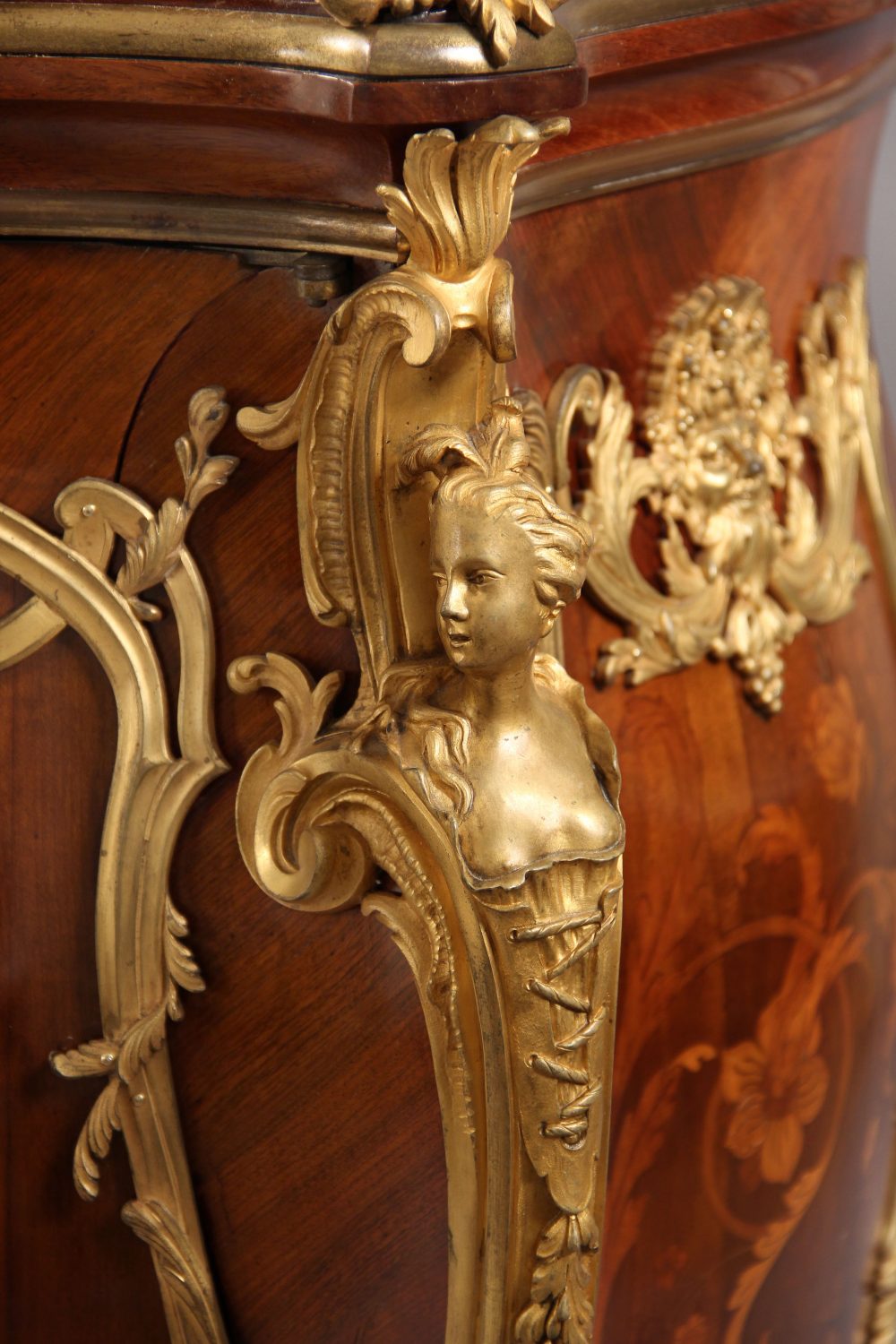 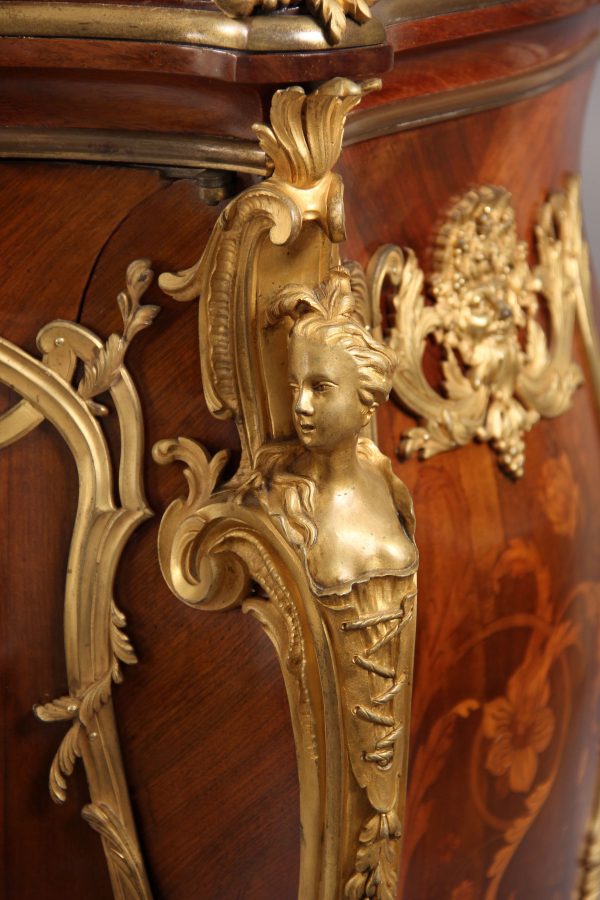 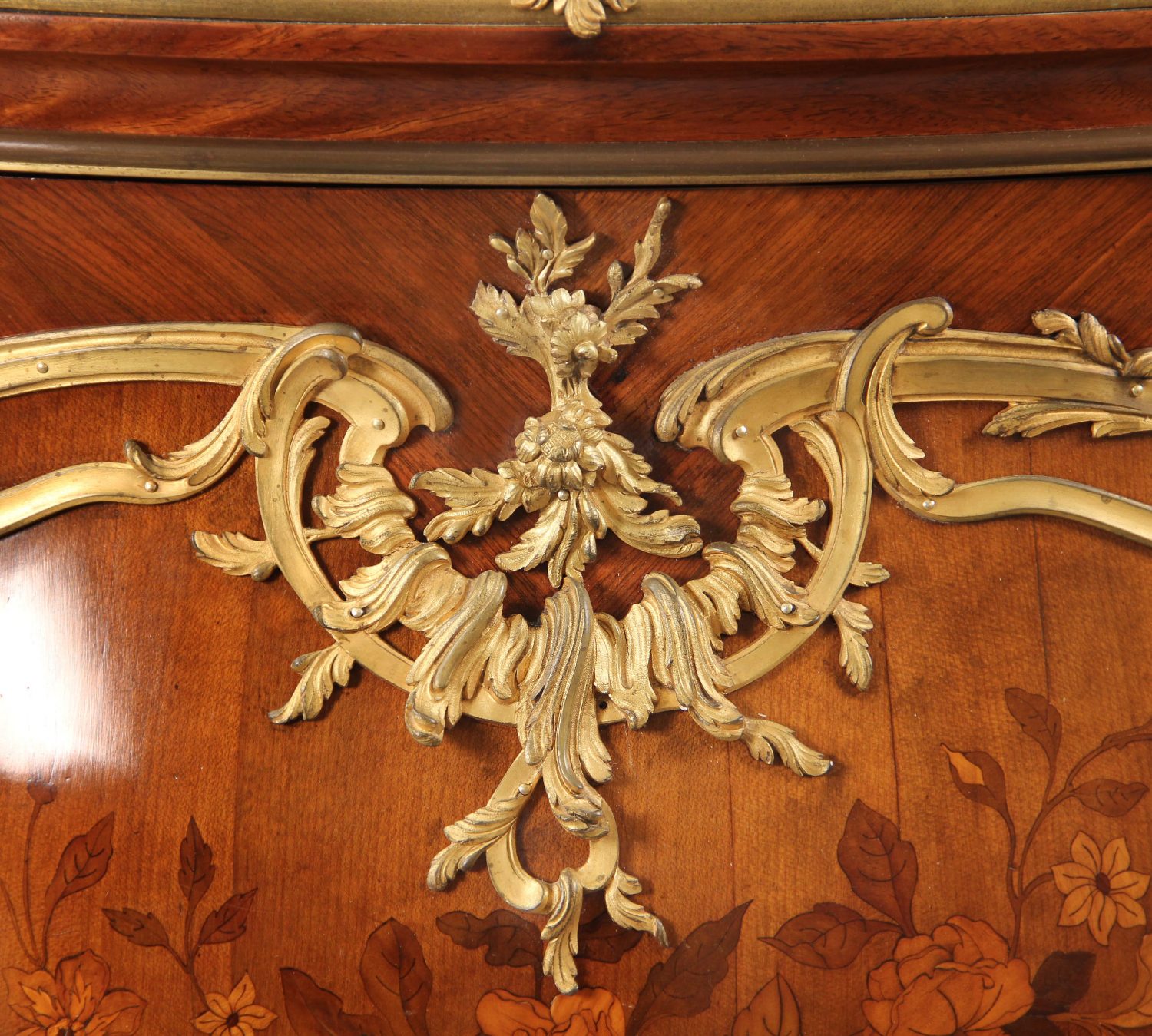 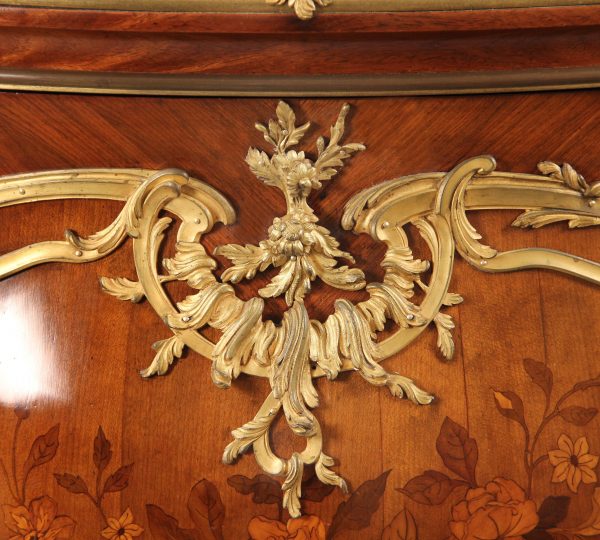 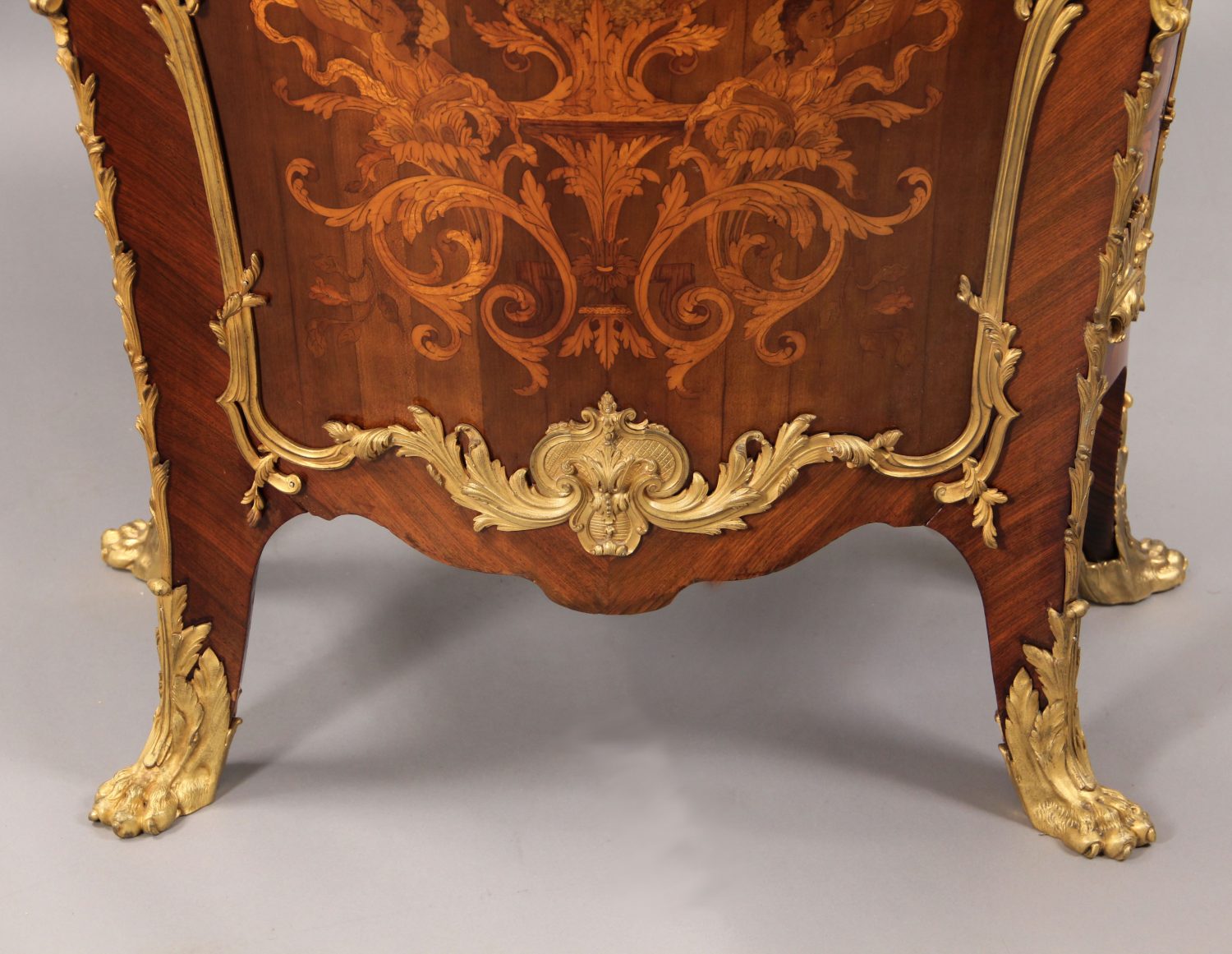 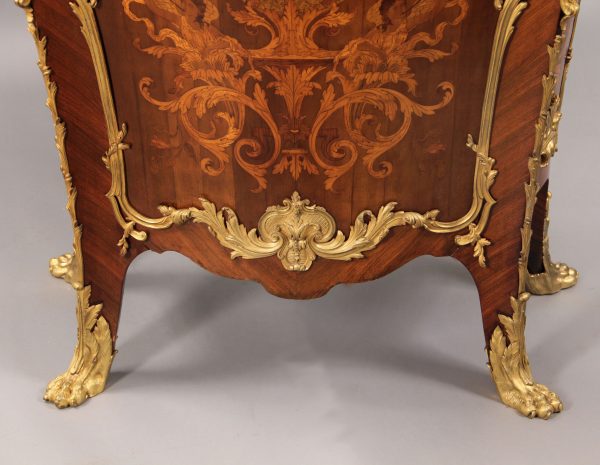 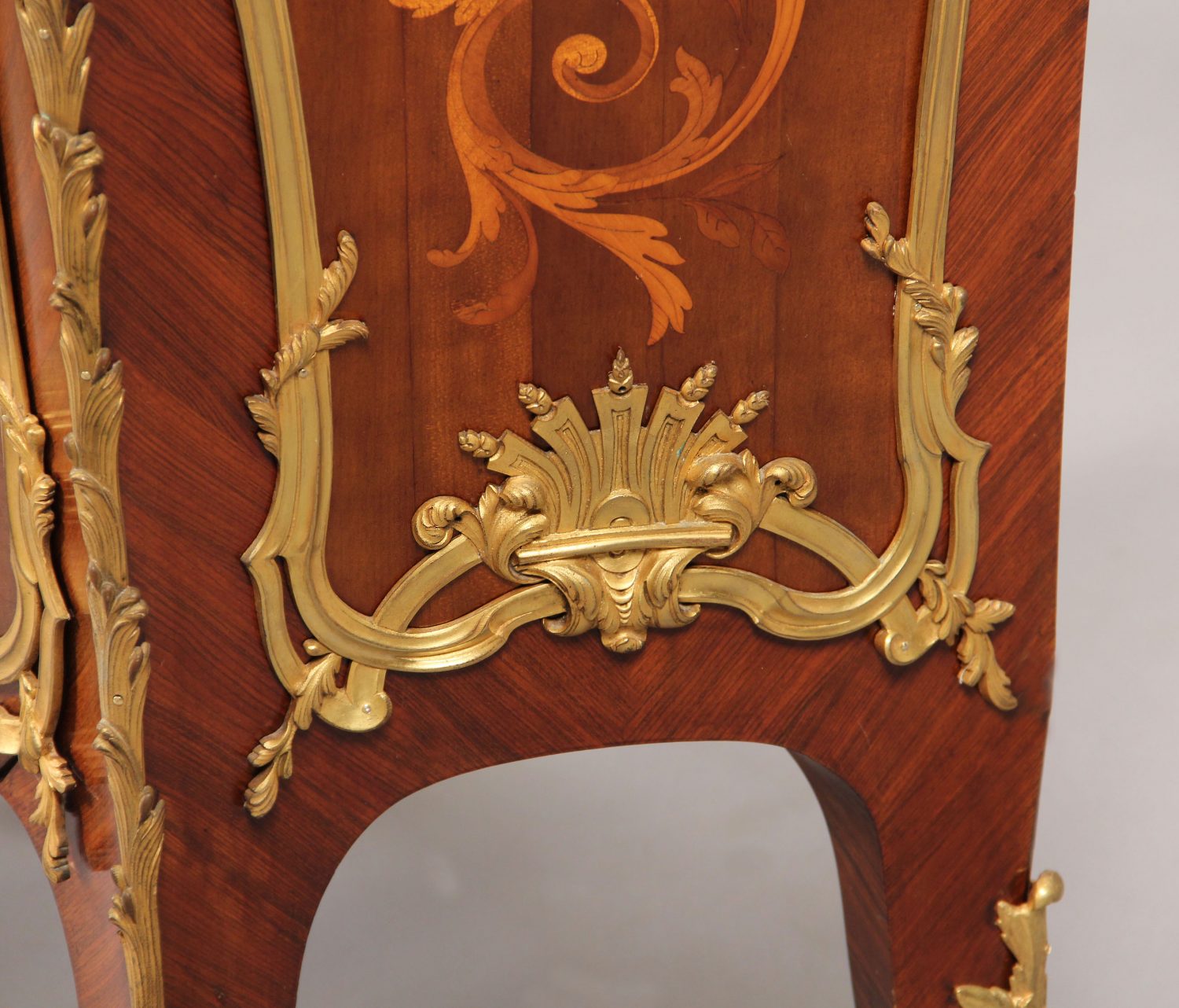 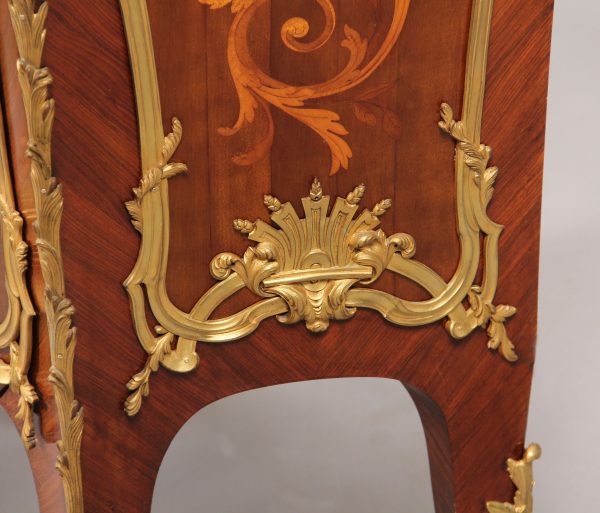 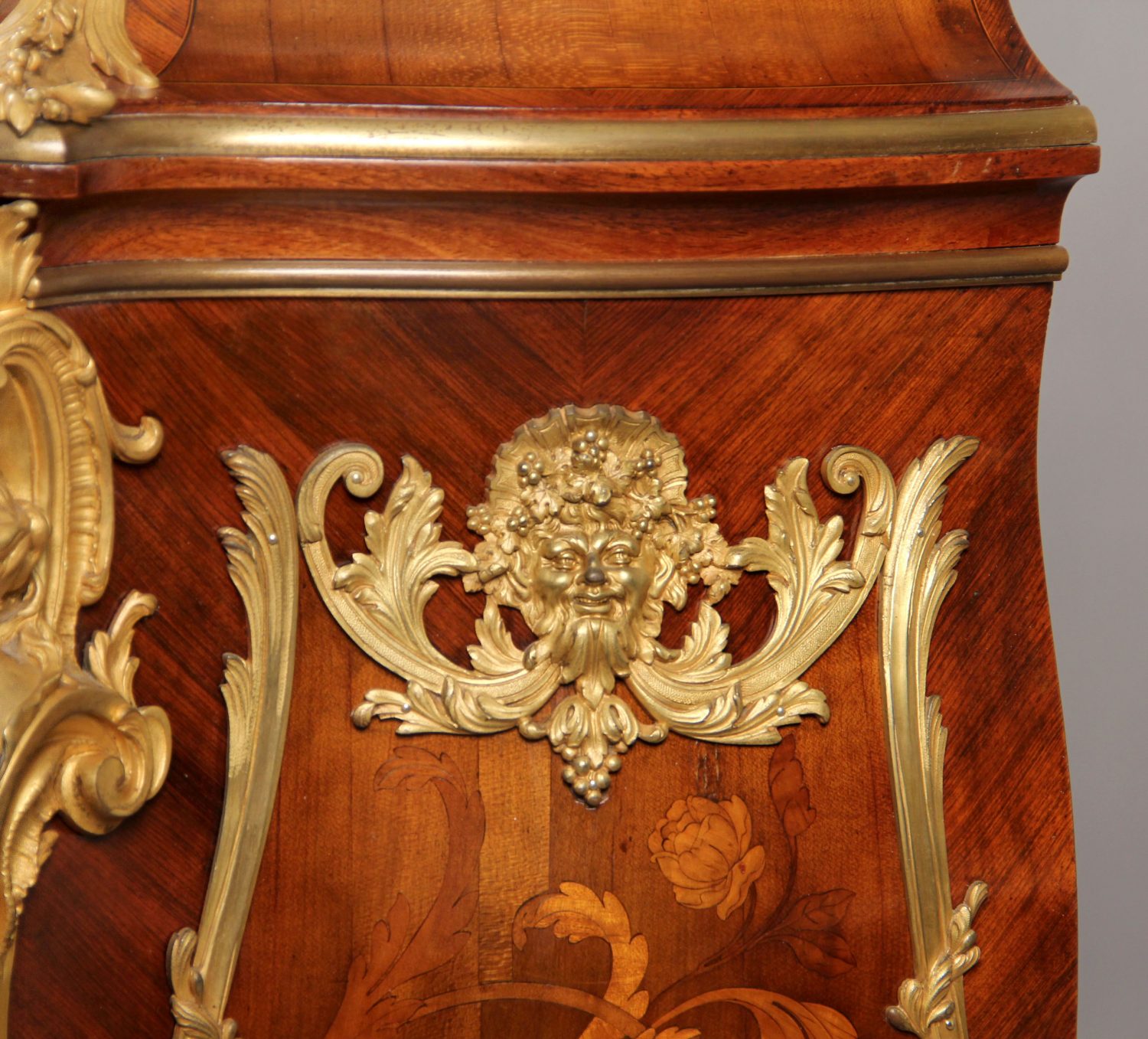 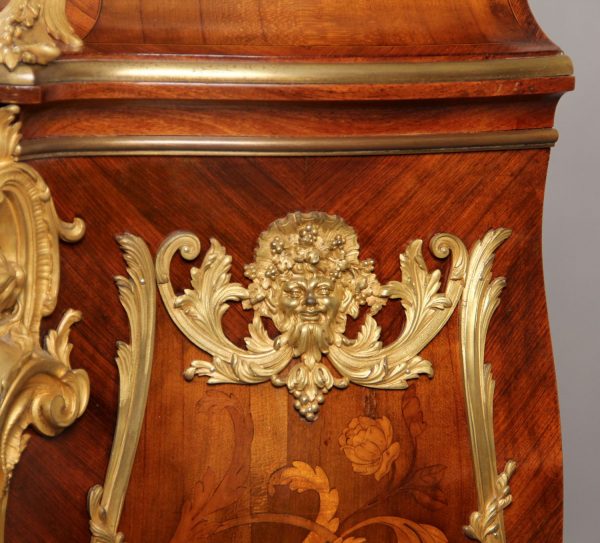 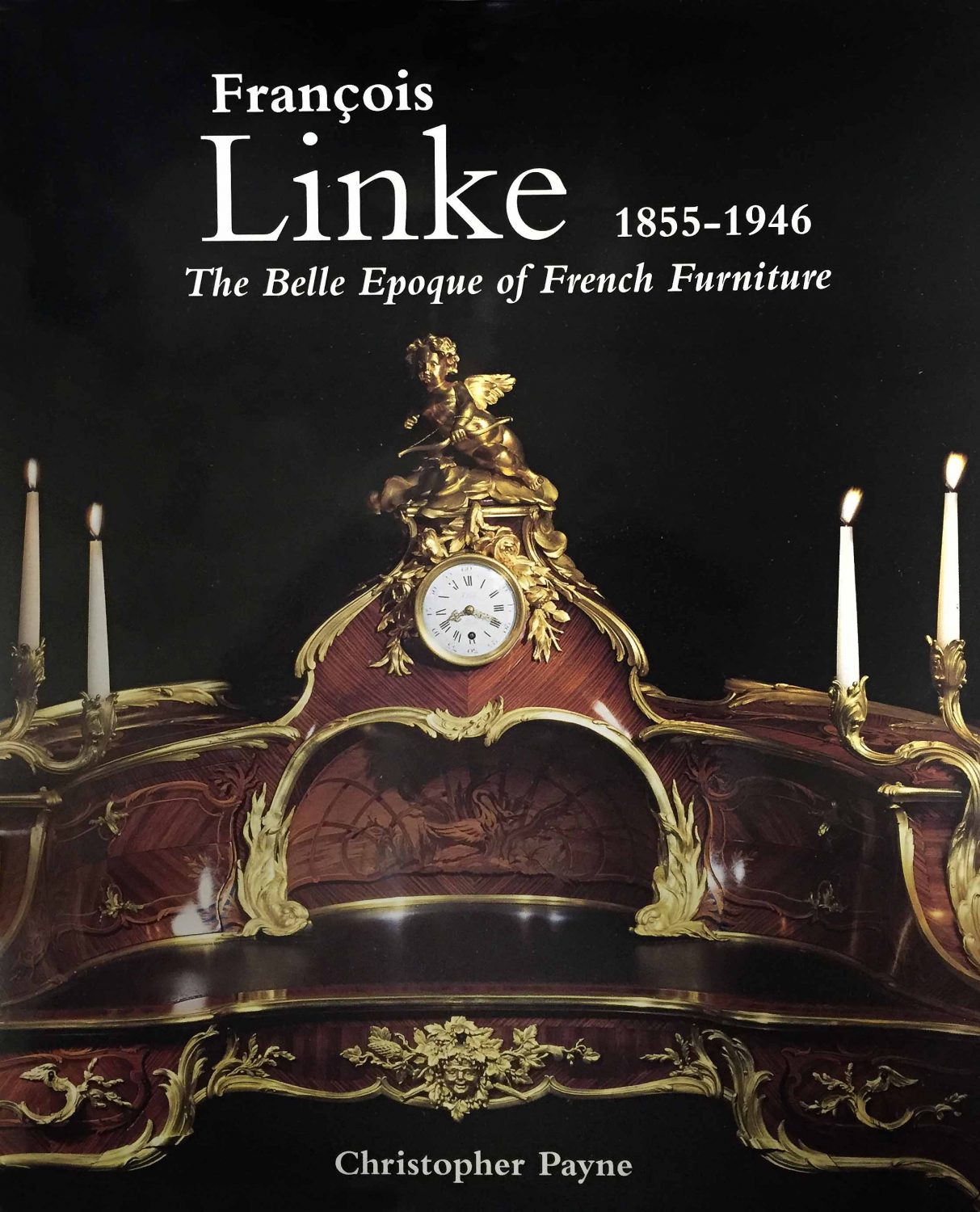 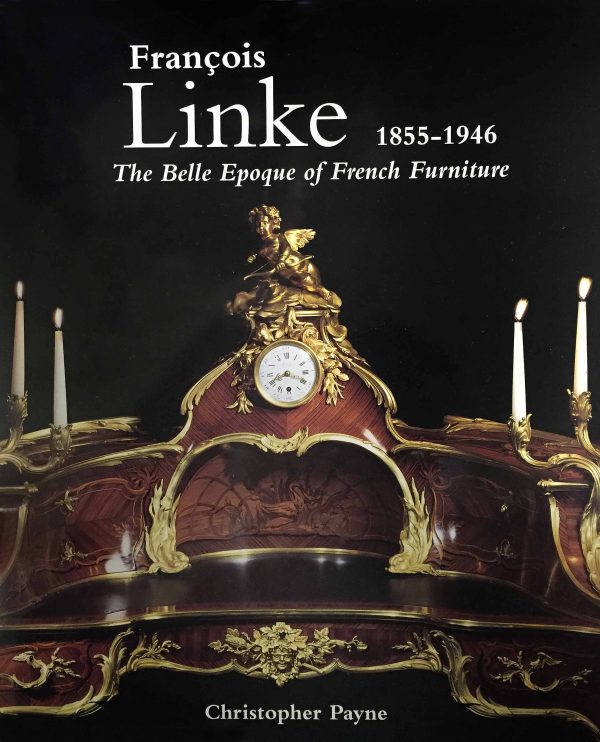 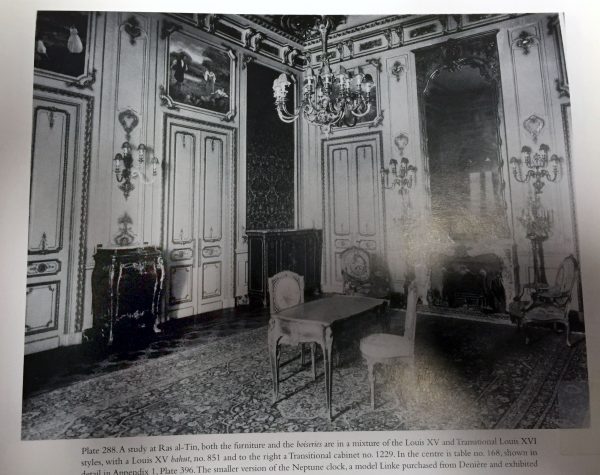 The serpentine marble top above a conforming case enclosed by a single panel door decorated with a panel of an urn of flowers and foliage flanked by trumpeting angels within cast encadrements, the sides with panels of scrolling foliage and flora within similar encadrements, raised on short splayed legs headed by chutes with male and female busts trailing to lion paw sabots.

Pictured on Page 273 in “François Linke 1855-1946 The Belle Epoque of French Furniture” By Christopher Payne.