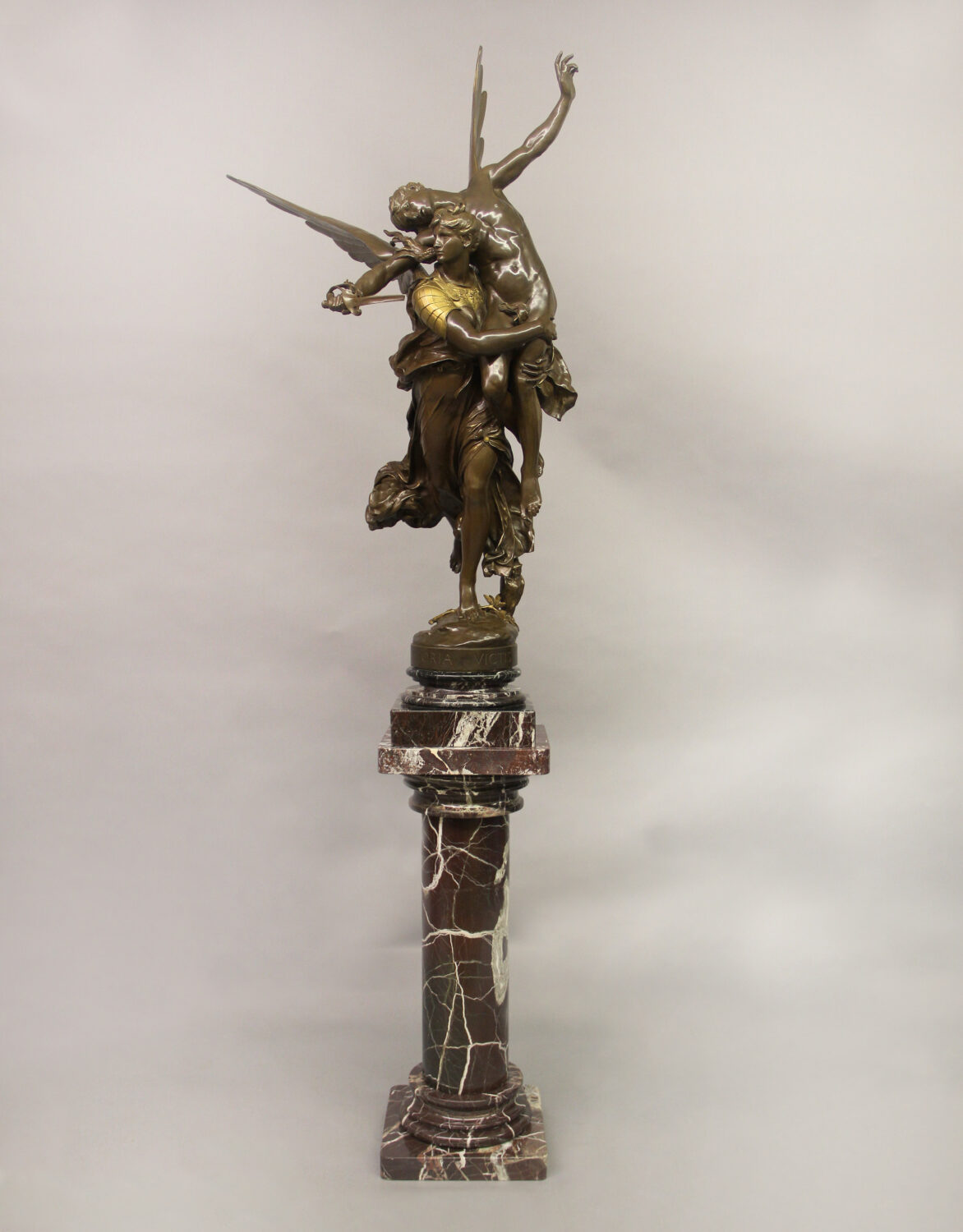 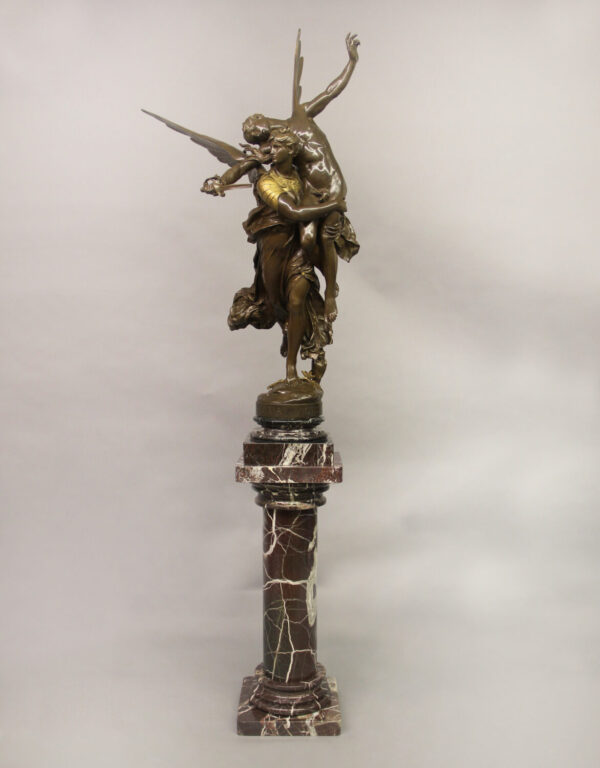 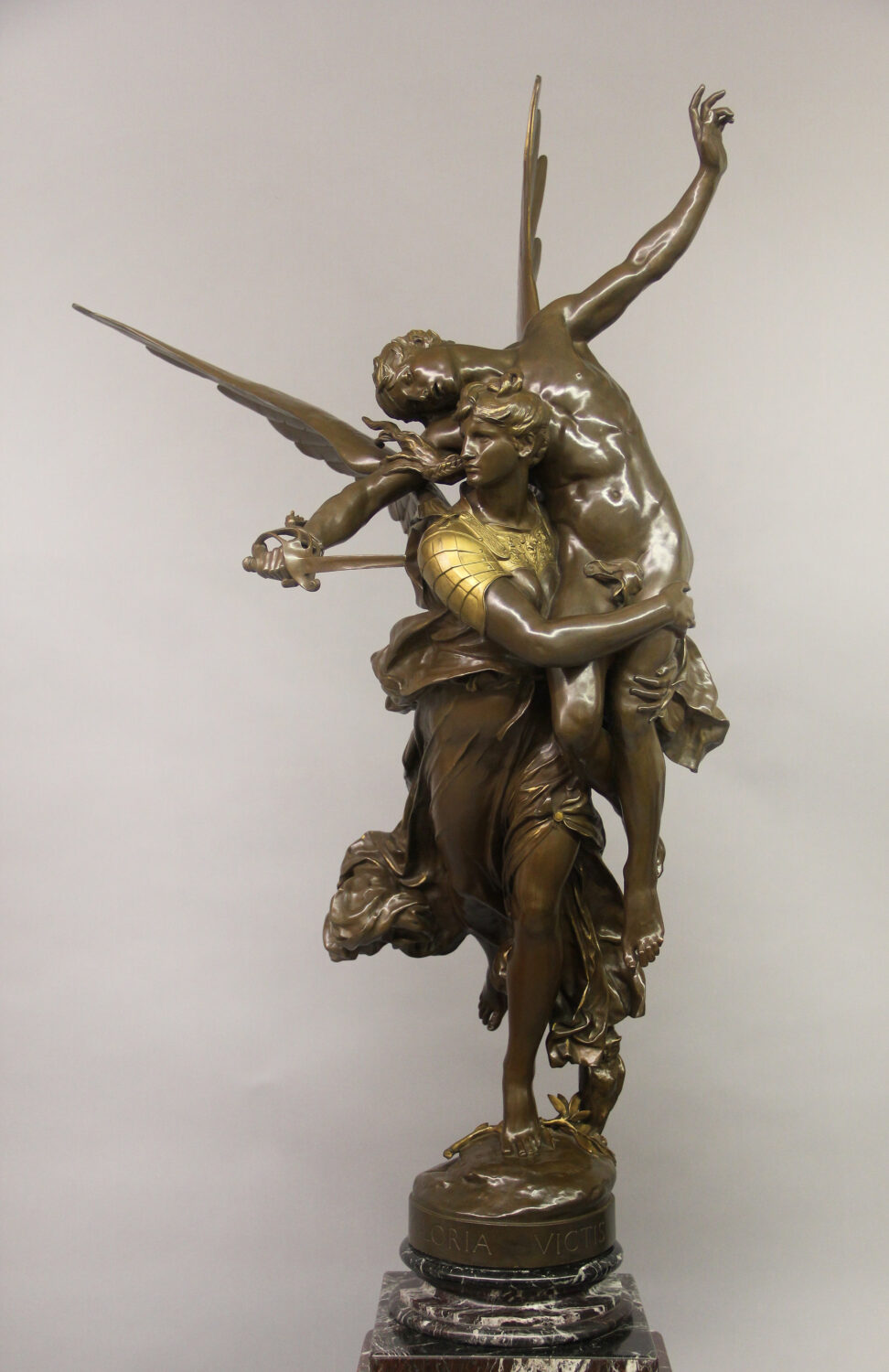 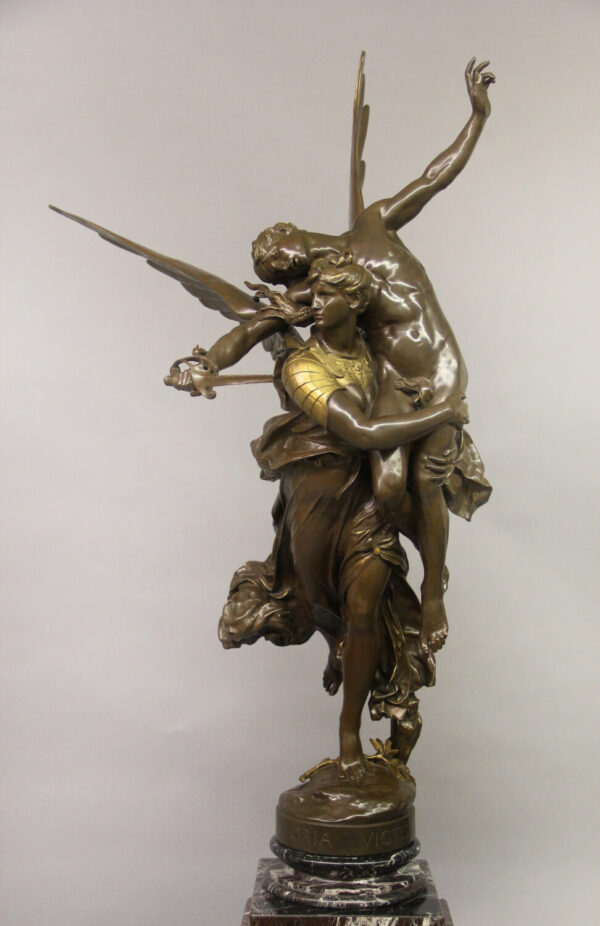 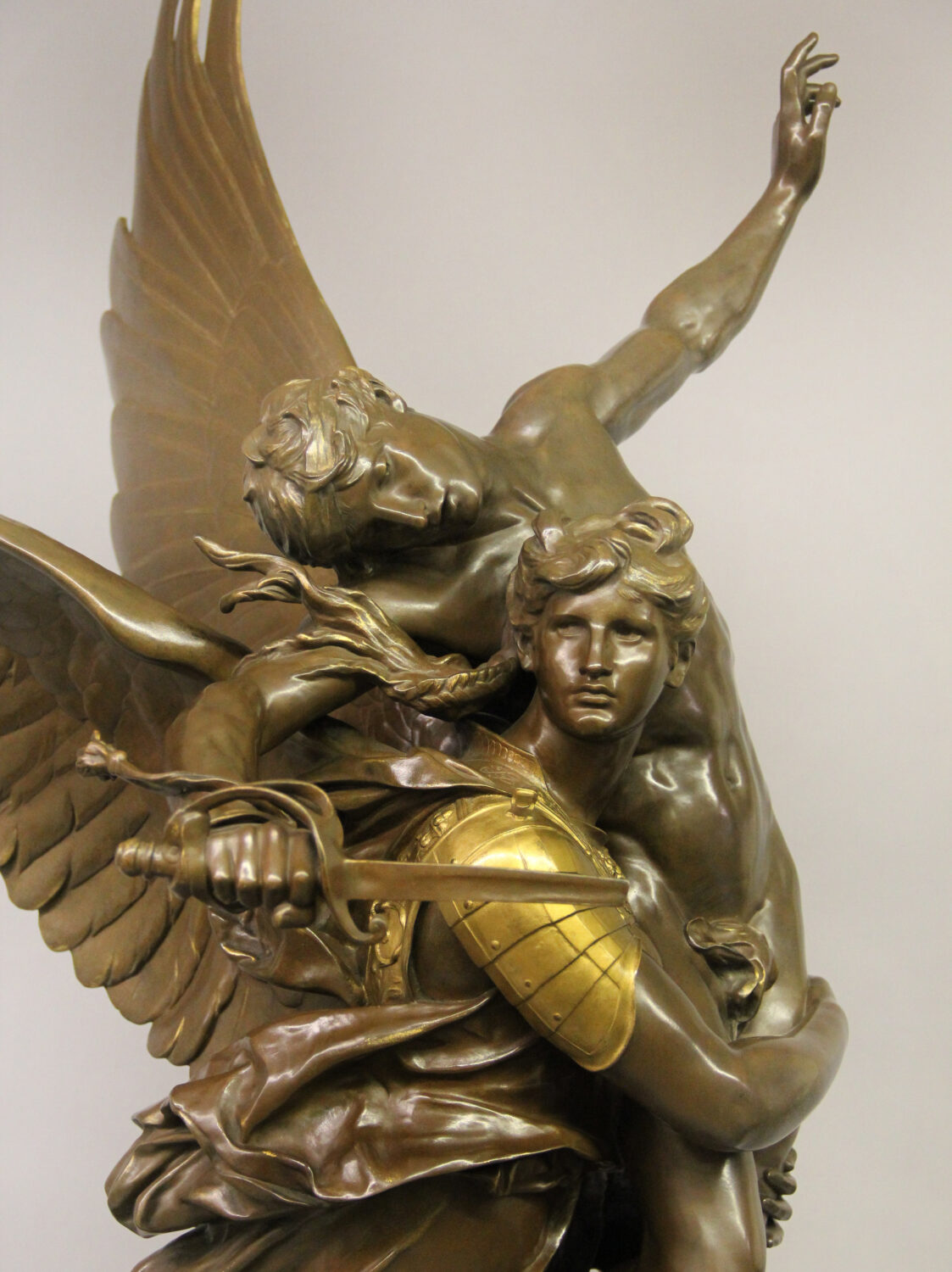 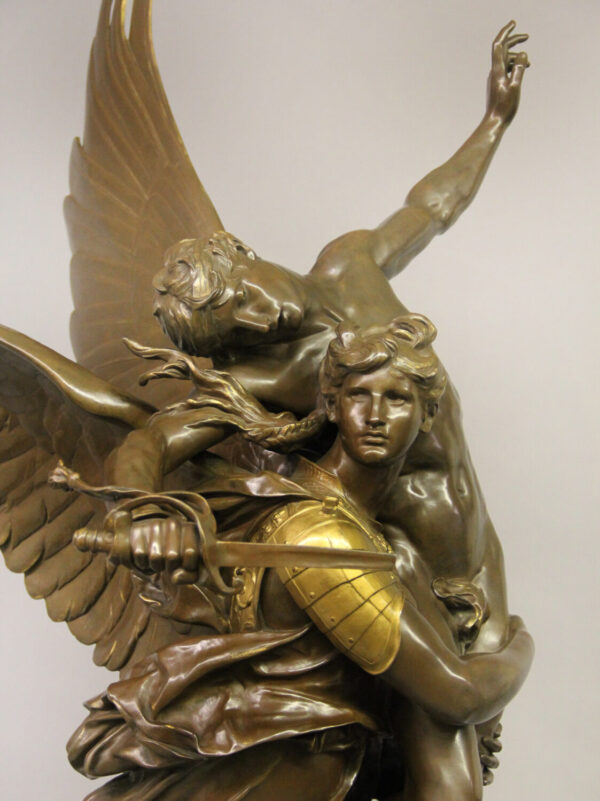 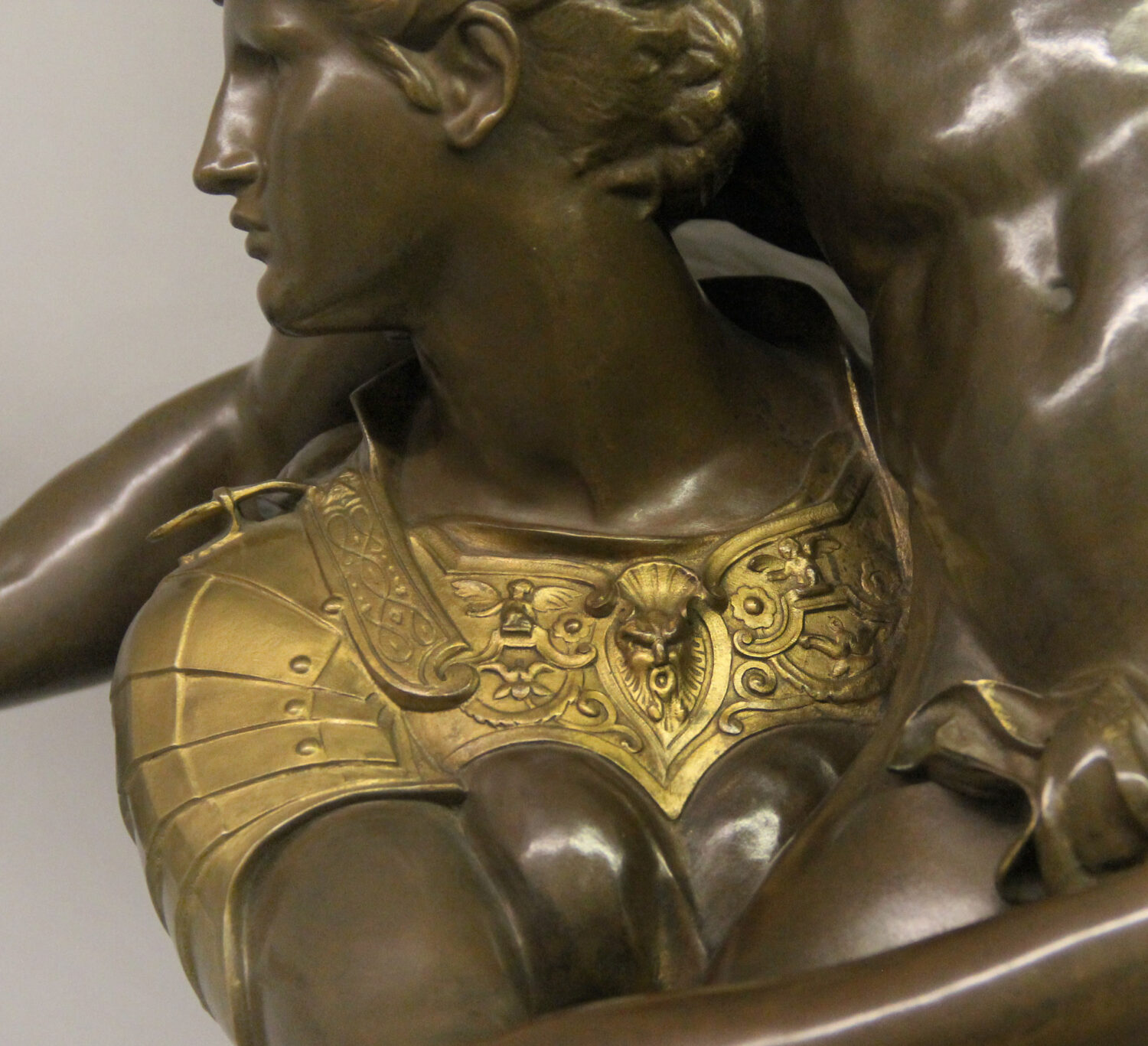 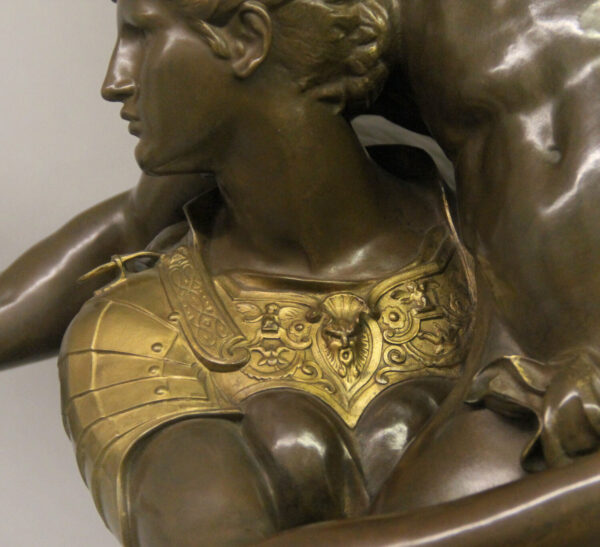 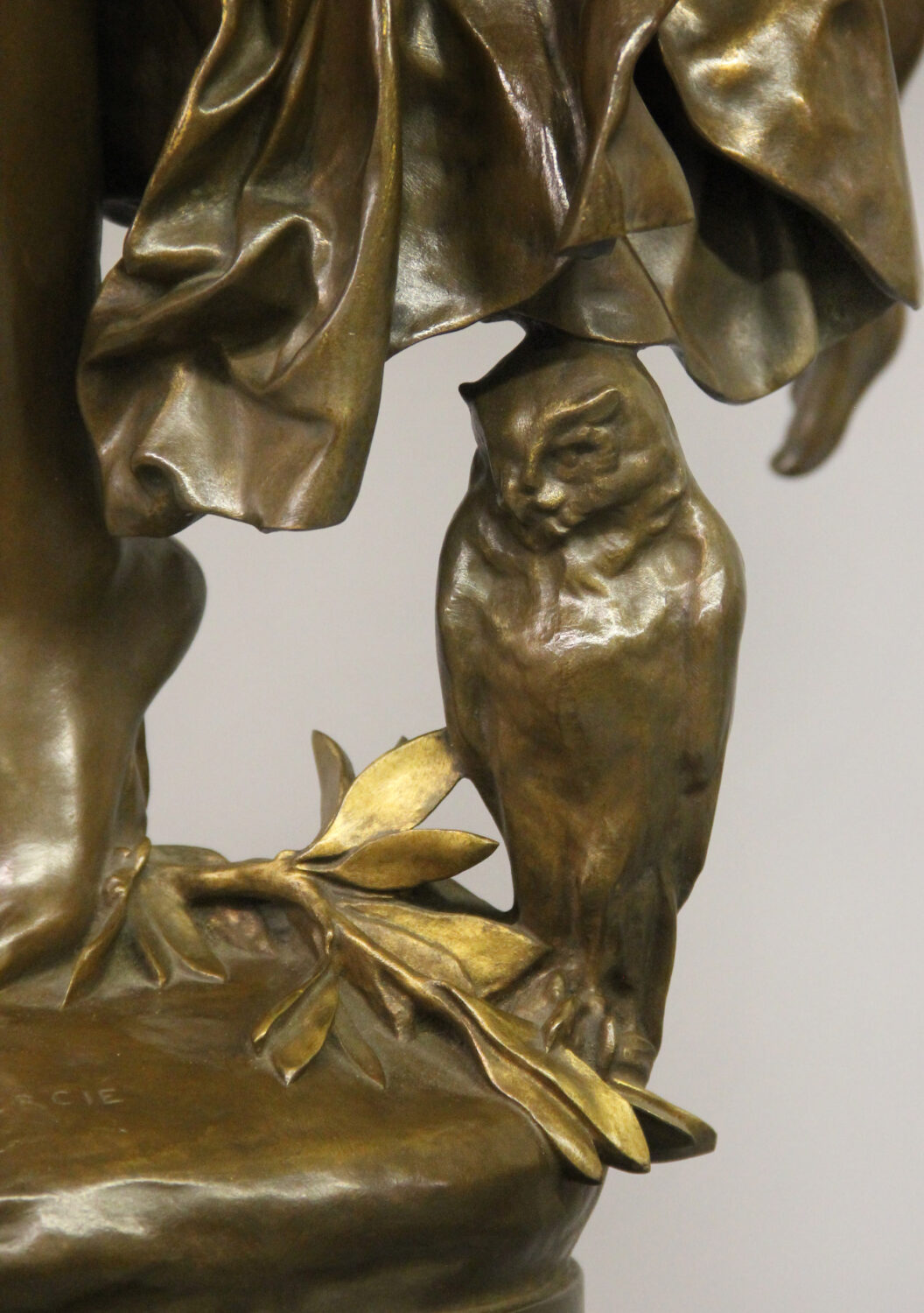 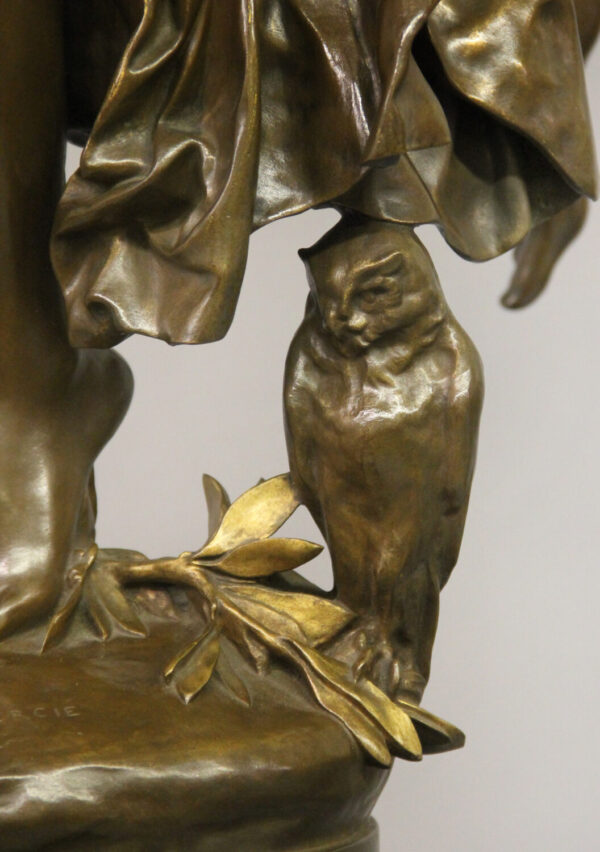 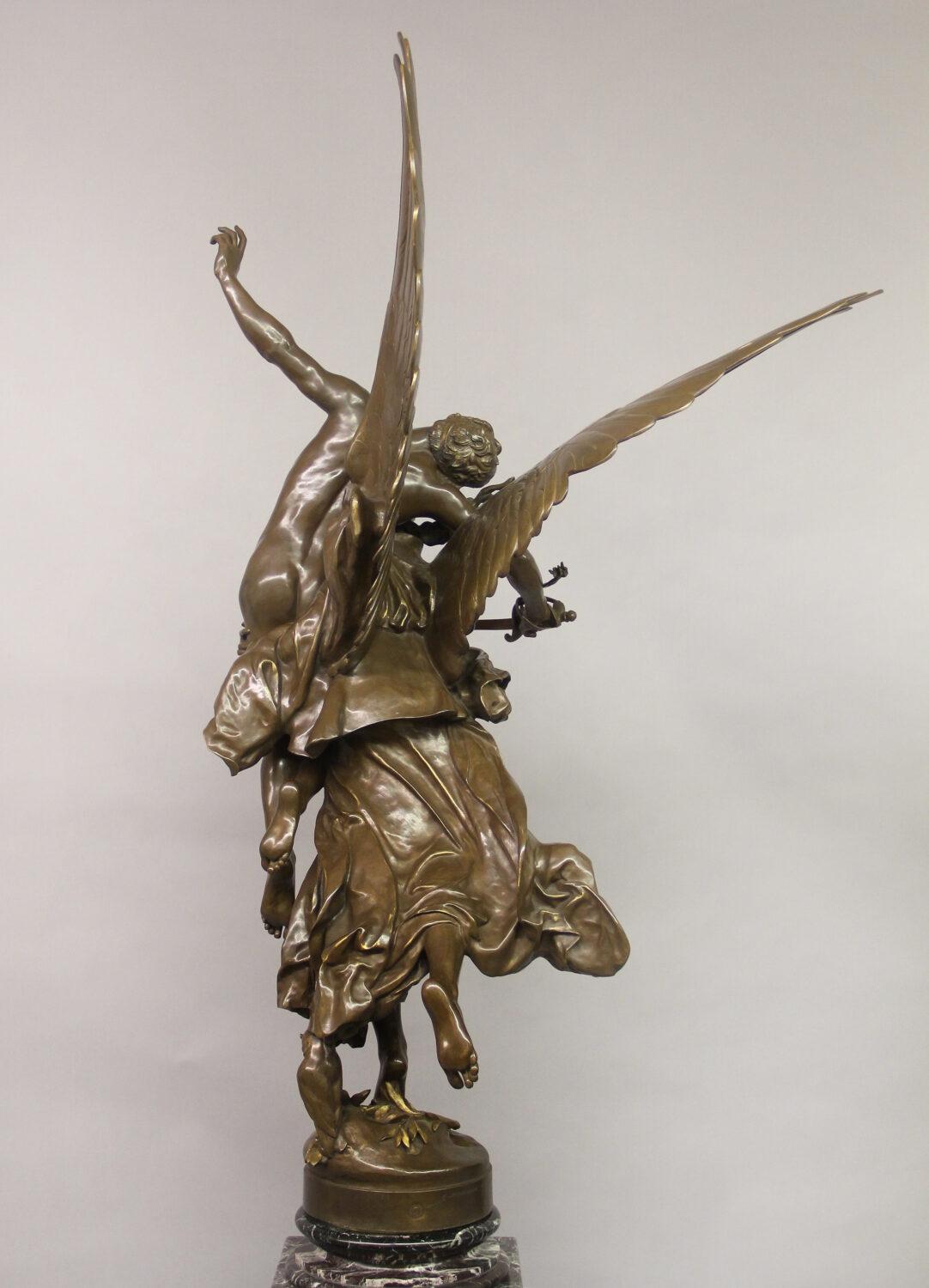 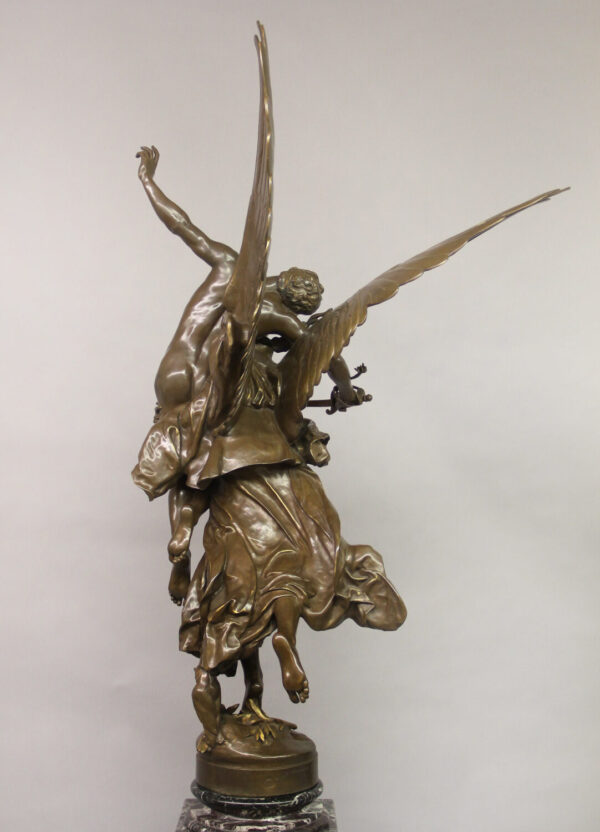 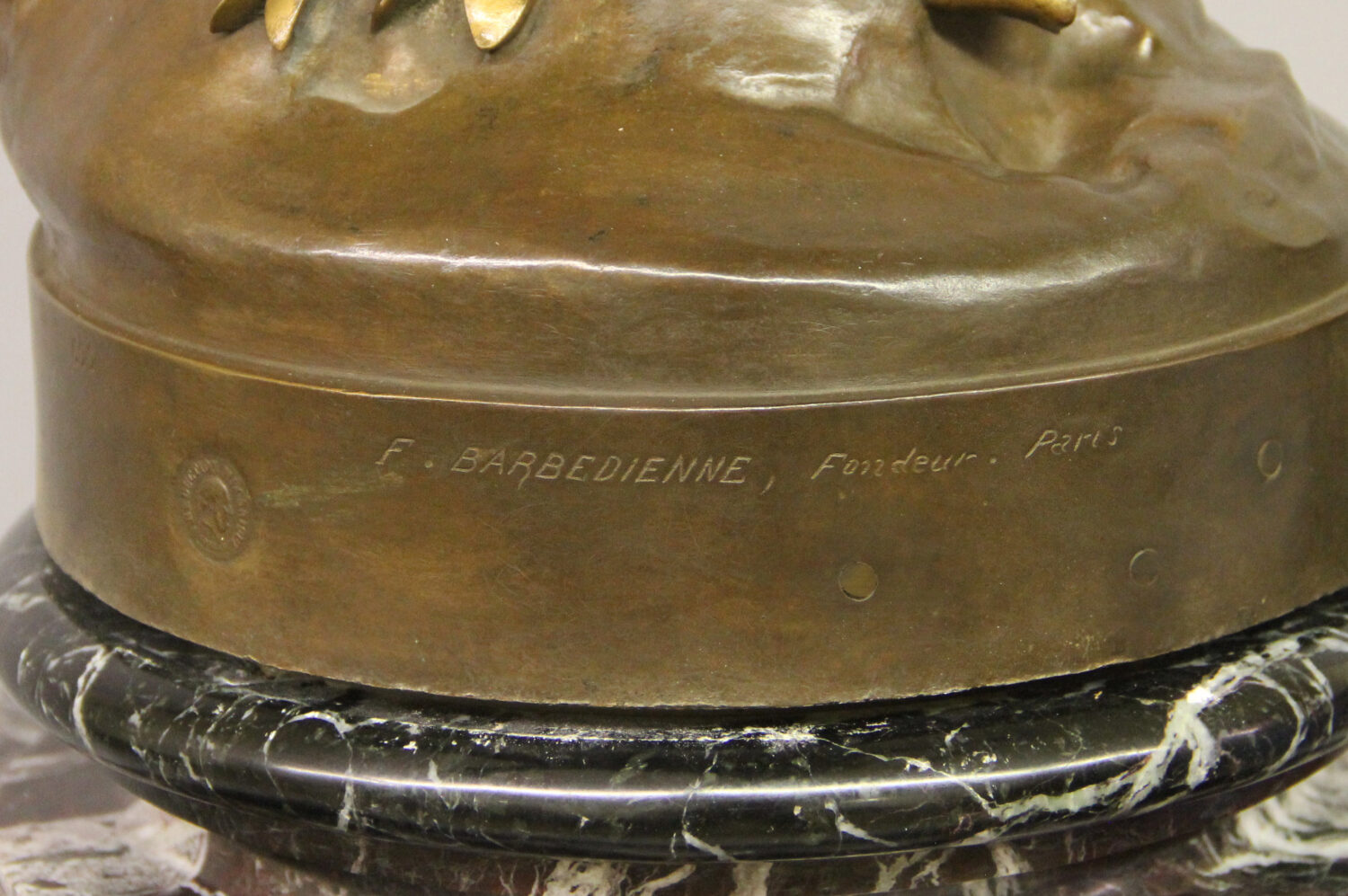 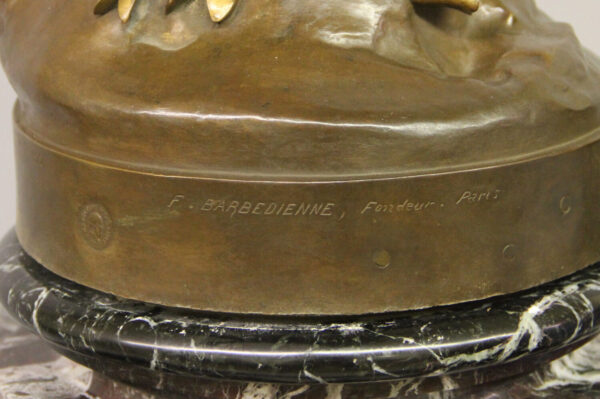 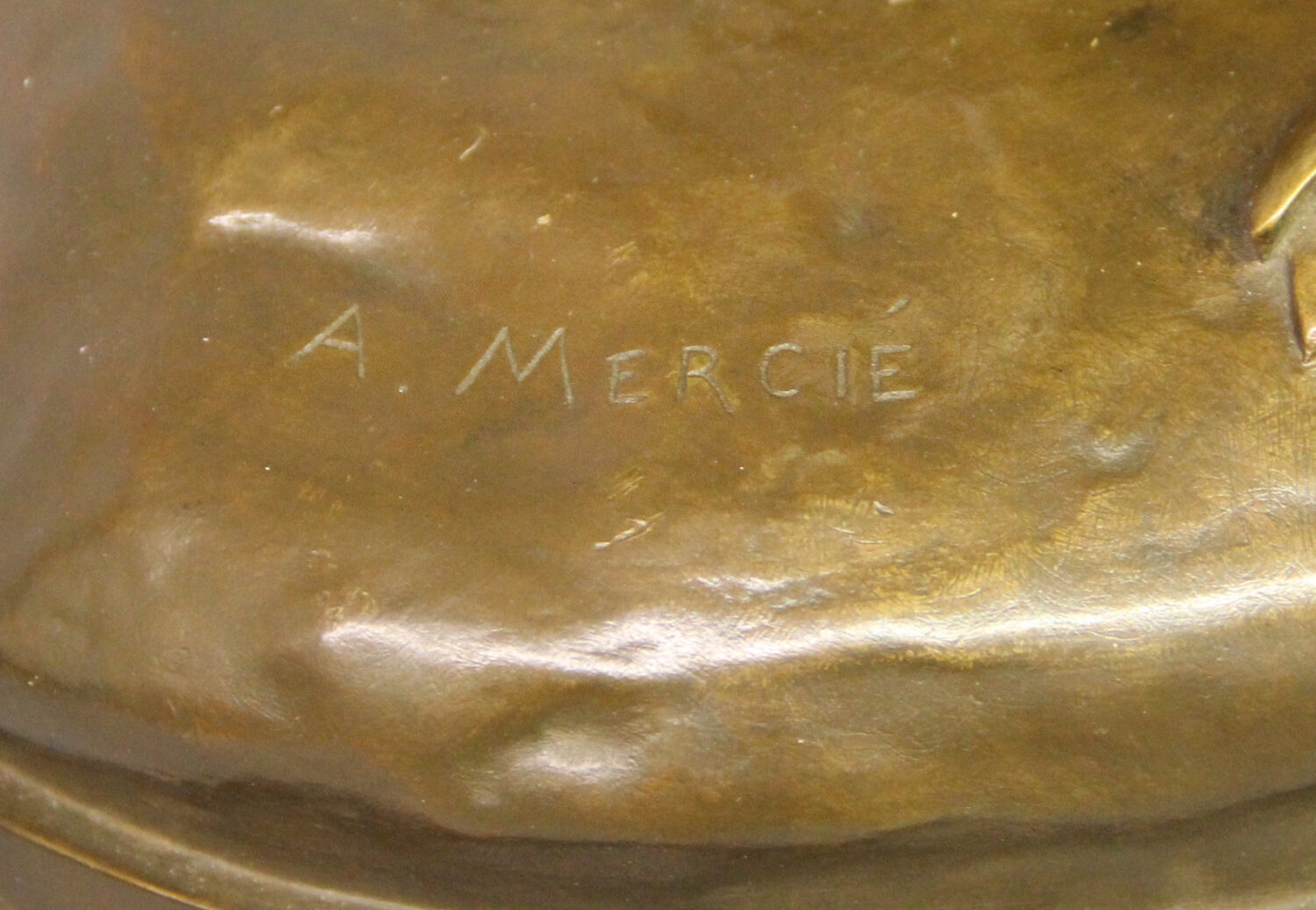 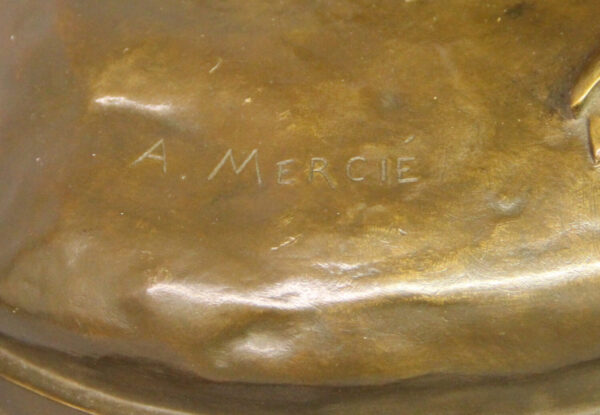 The Gloria Victis sculpture group was executed shortly after the Franco-Prussian War and, while Marius-Jean-Antonin Mercié initially planned to depict Fame and a triumphant soldier, the victor was replaced with a defeated soldier following France’s surrender. Replicas of this iconic composition were used on monuments commemorating the war in many French towns, including Niort, Deux-Sèvres, Agen, and Bordeaux. Barbedienne has cast this model in six sizes, of which the present lot is the third largest.

Antonin Mercié was one of the most successful French sculptors of his generation, and as early as 1868 he was awarded the Prix de Rome, soon followed by accolades such as the cross of the Légion d’honneur, the Medal of Honor at the 1874 Salon (for his Gloria Victis sculpture group), and the Grand Prix at the 1878 Exposition Universelle. In 1900, he became a professor at the École des Beaux-Arts in Paris (where he studied in addition to the Académie de France in Rome) and in 1913 he was made President of the Société des Artistes Français.