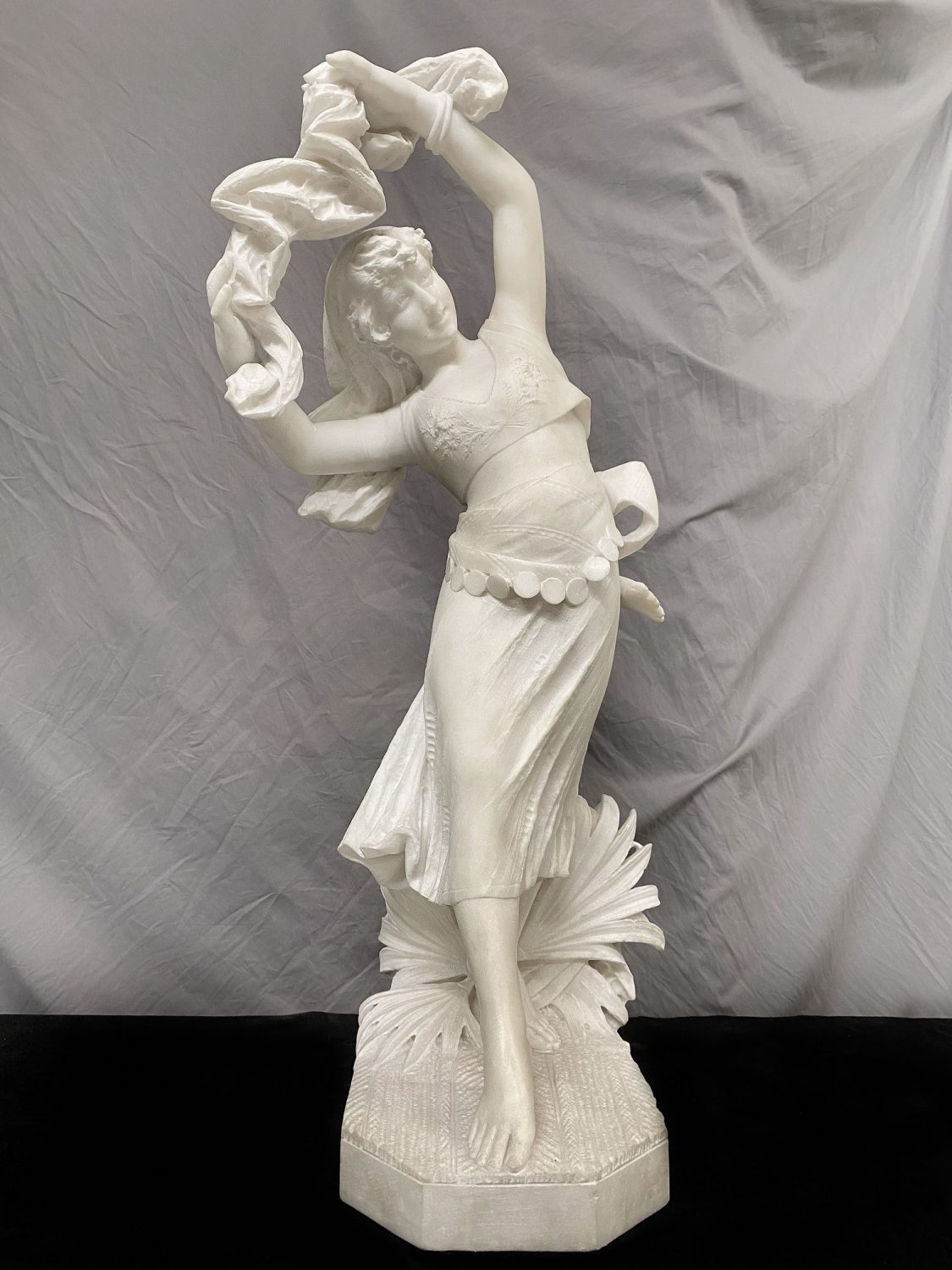 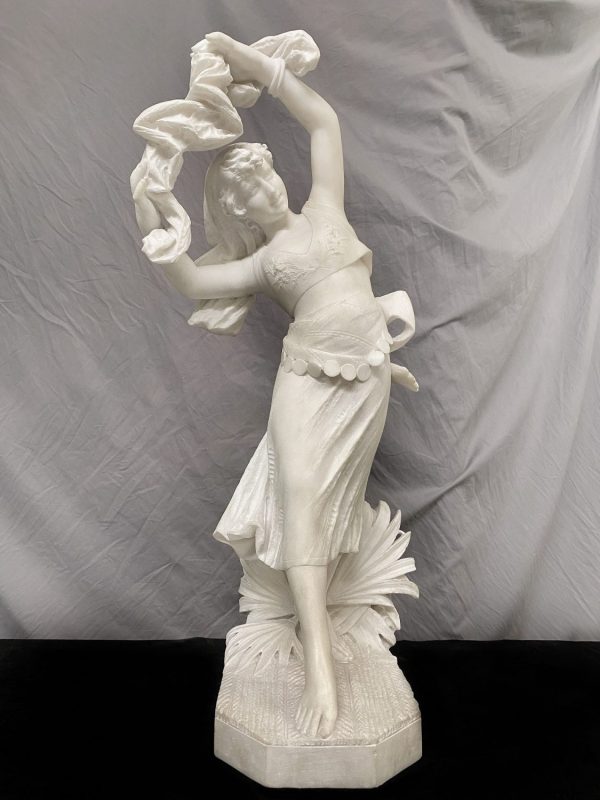 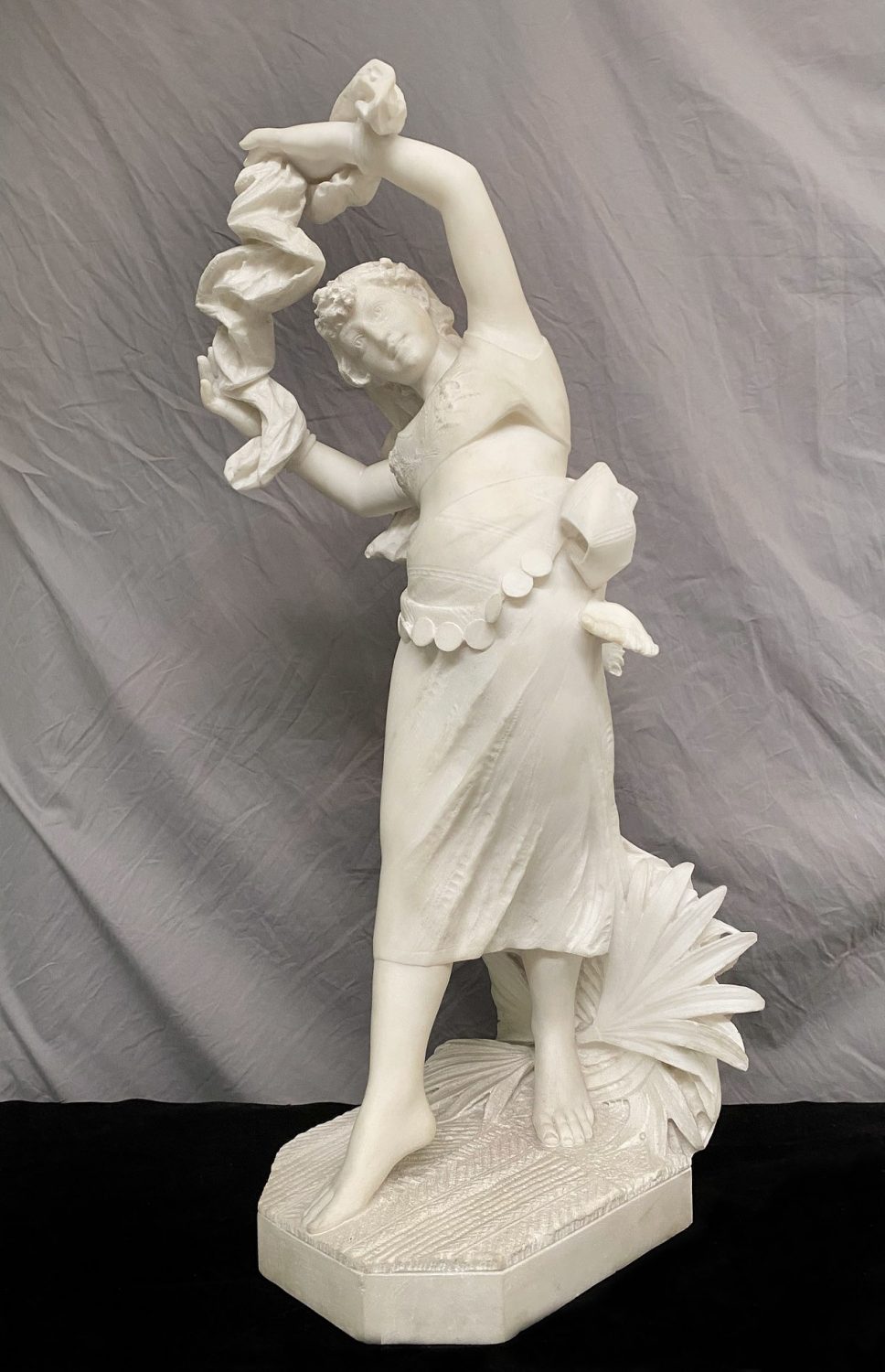 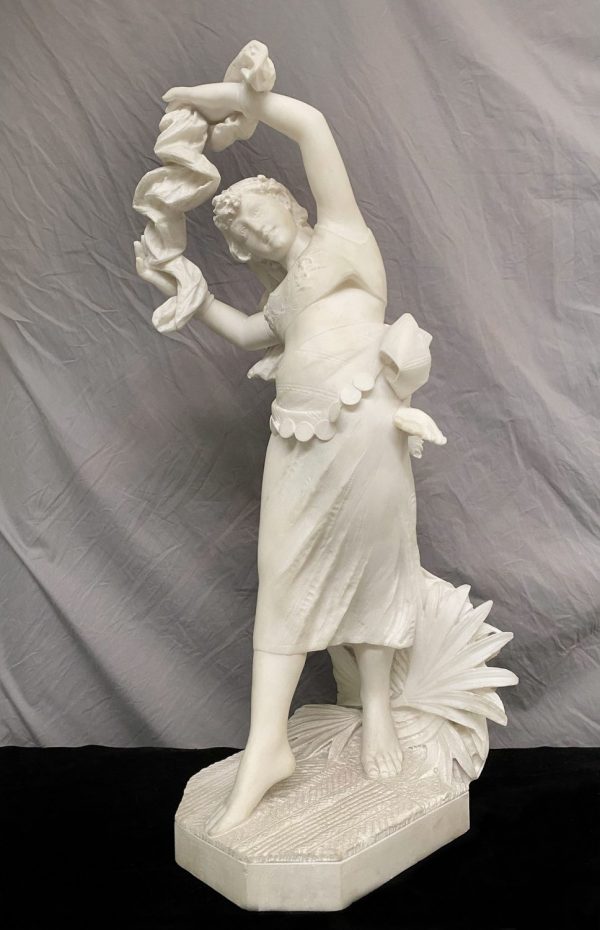 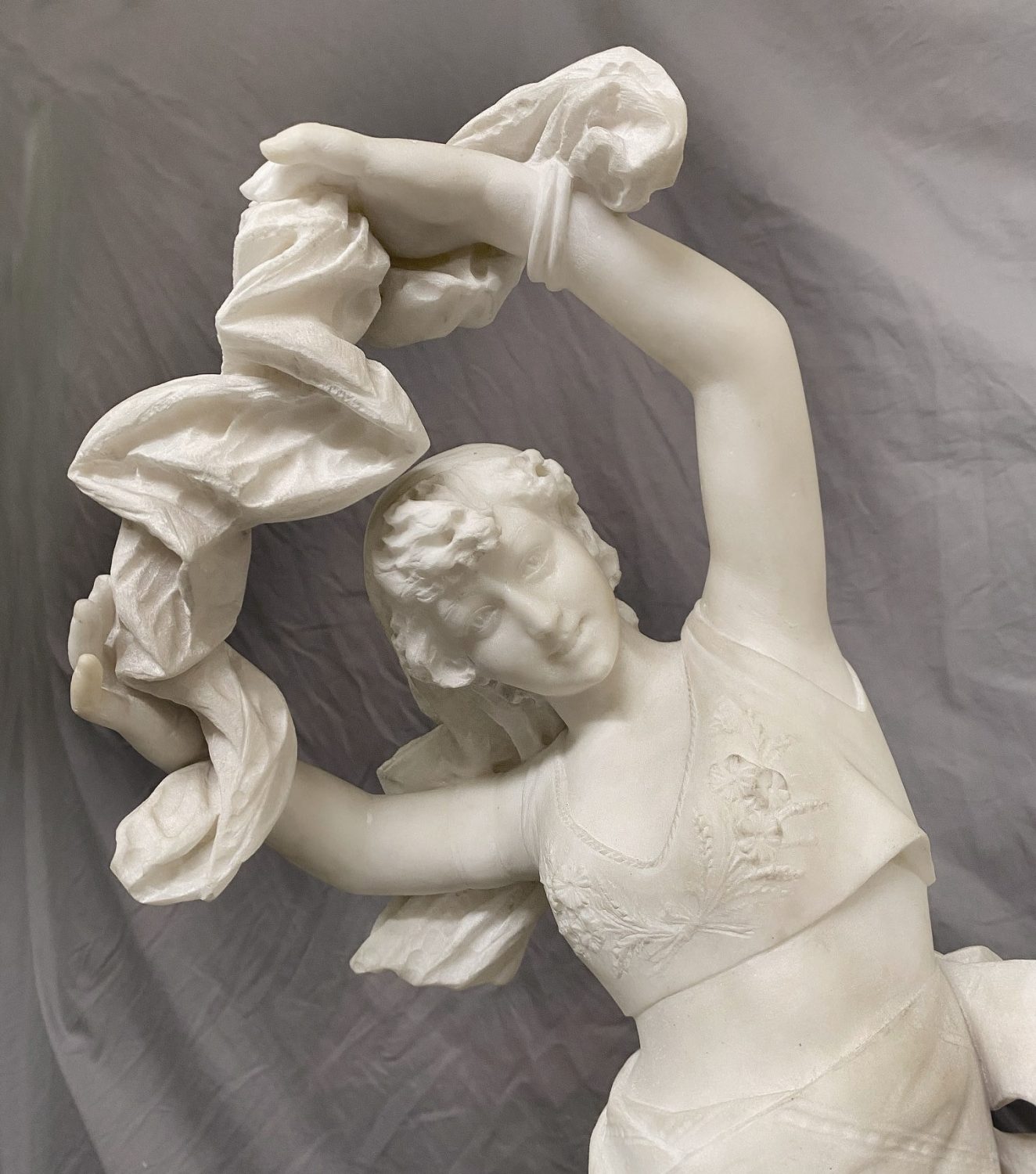 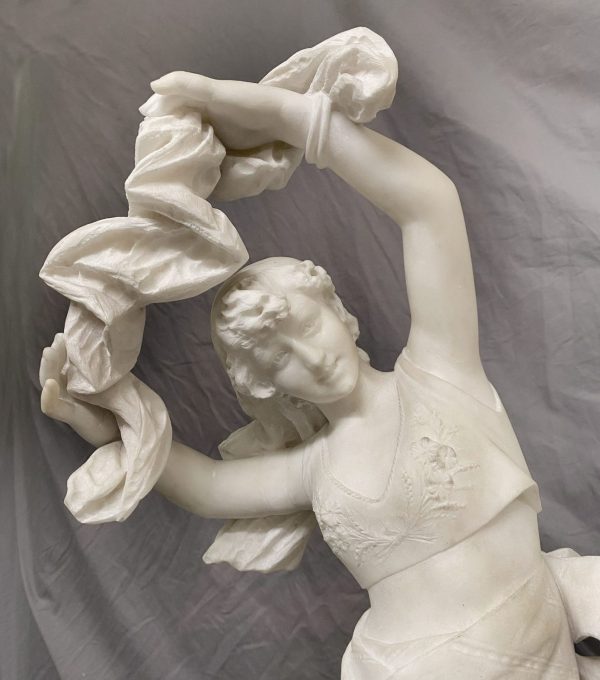 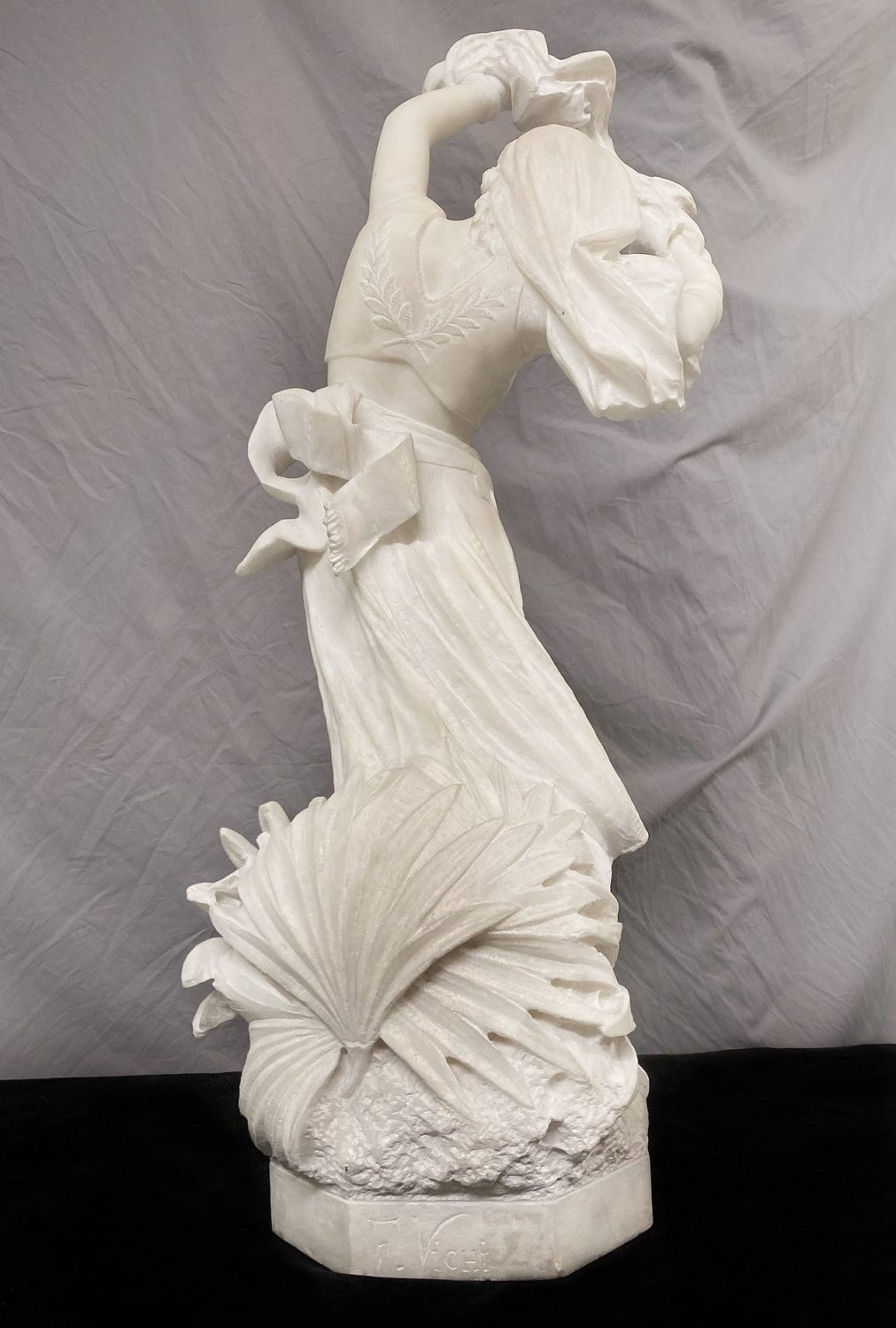 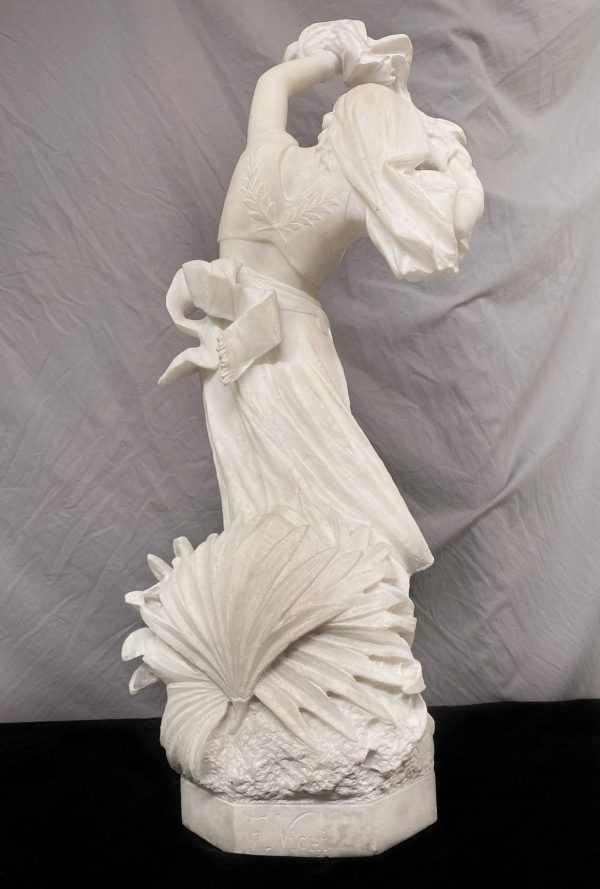 Inscribed F. Vichi on the base

Ferdinando Vichi was a well-known and respected sculptor in Florence in the last part of the 19th and the first half of the 20th century. An alabaster workshop was associated with his name in the late 19th century, and he was connected with artists such as Cesare Lapini and Guglielmo Pugi, established sculptors of the Galleria Bazzanti workshops. Although Vichi also worked on subjects after the Antique and Renaissance-inspired models, it was Romantic sculpture he truly excelled at. As his reputation grew, he received not only local commissions, such as a memorial for the fallen of World War I in his native Florence, but also for a more international clientele, who seemed to prefer his Romantic style.