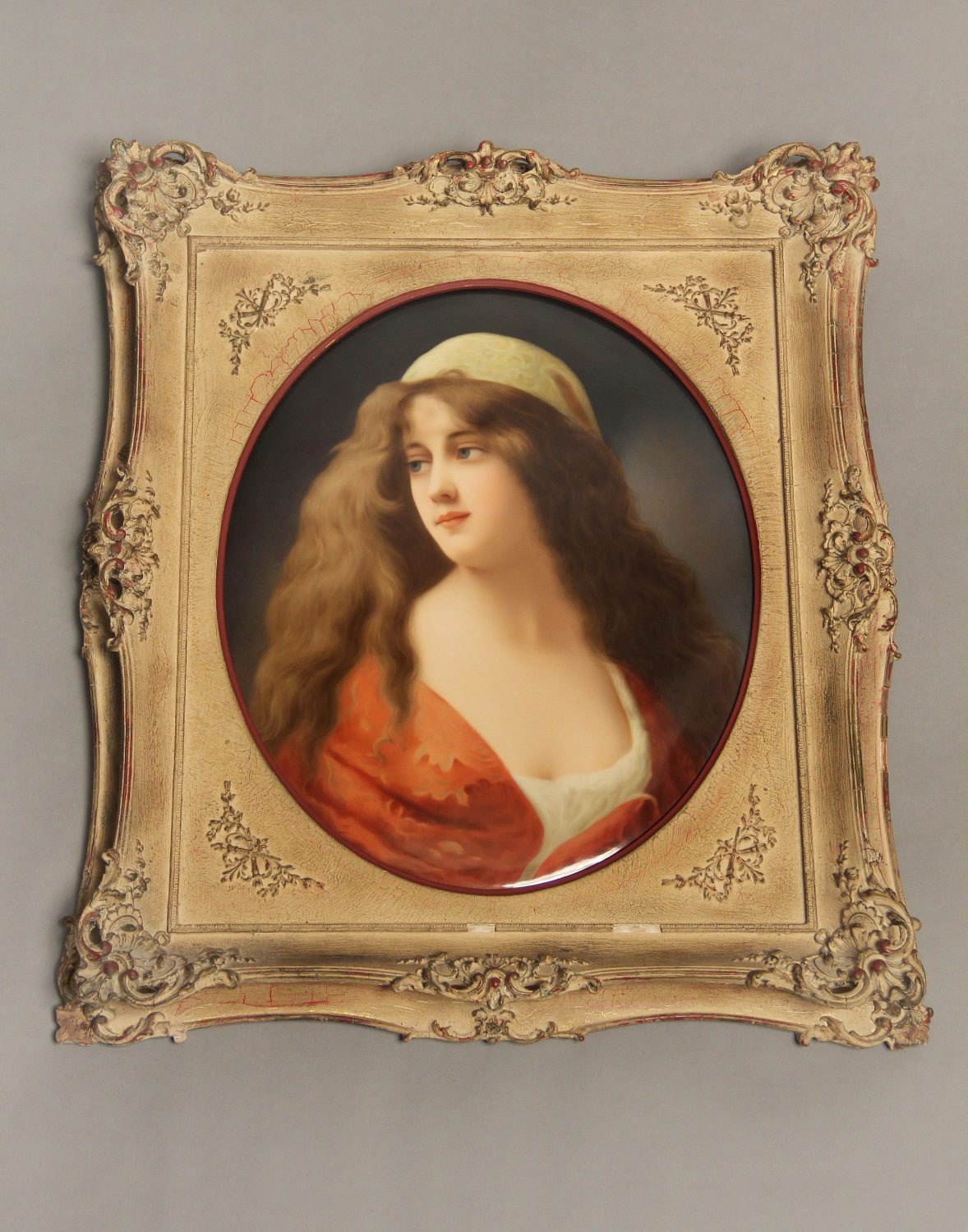 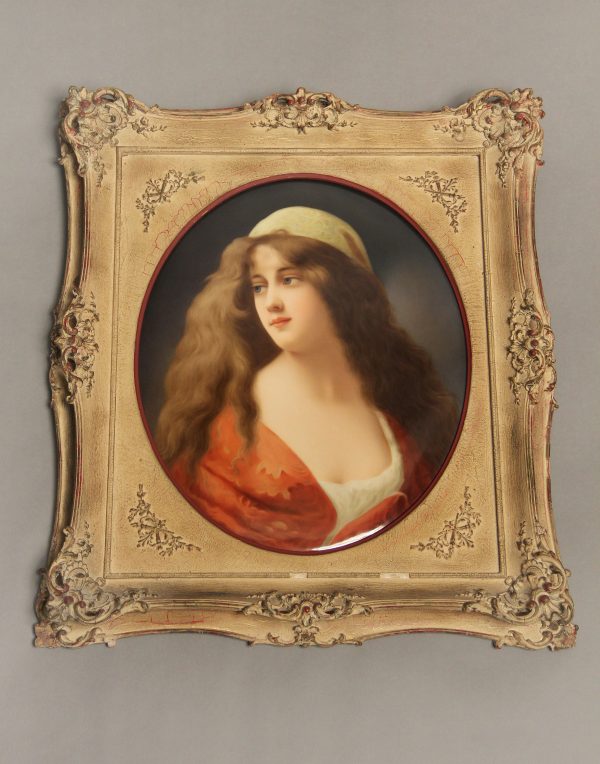 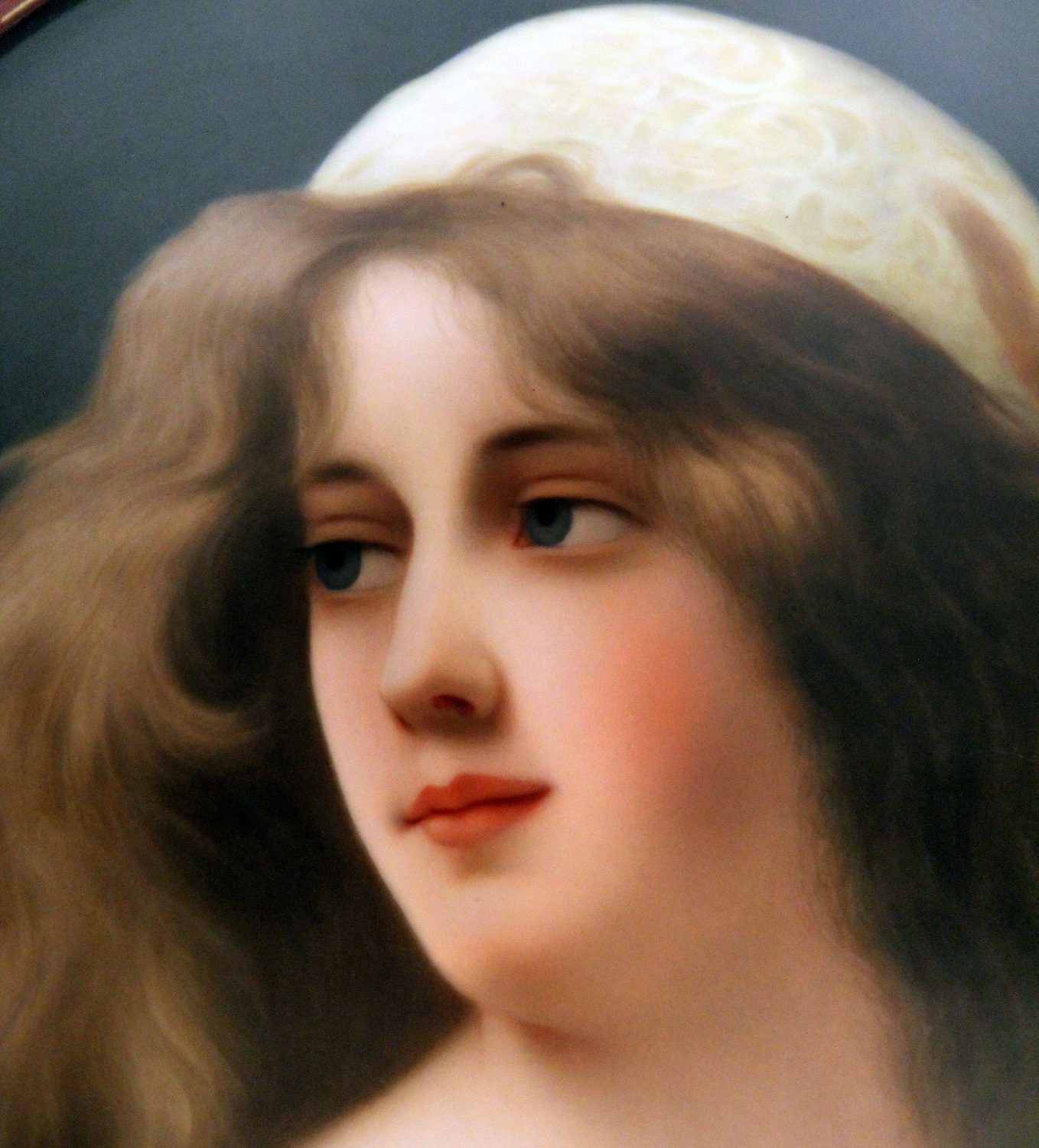 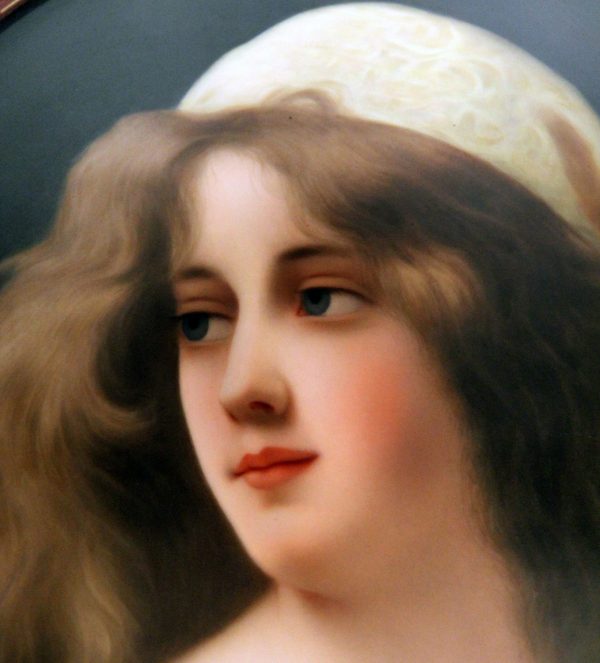 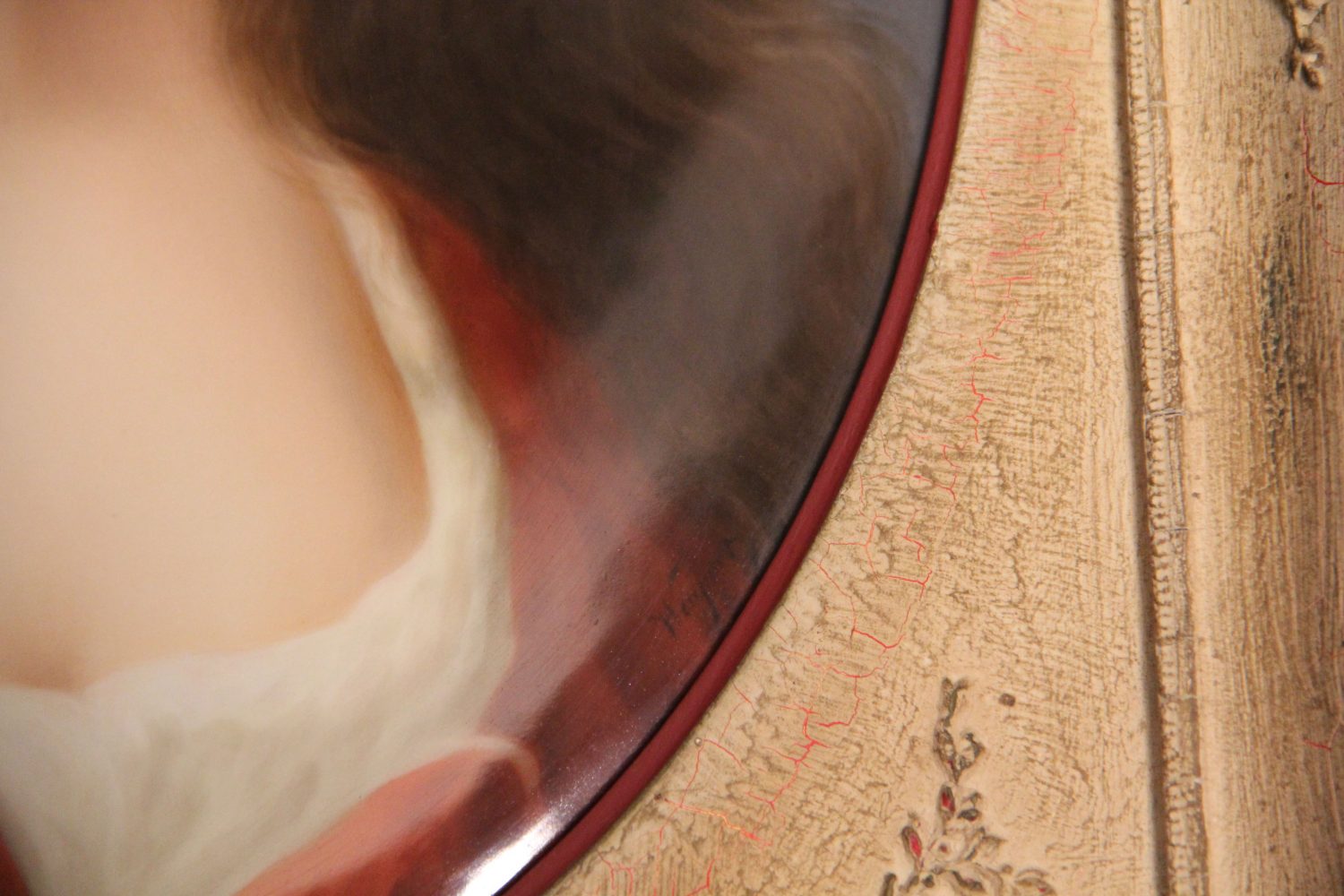 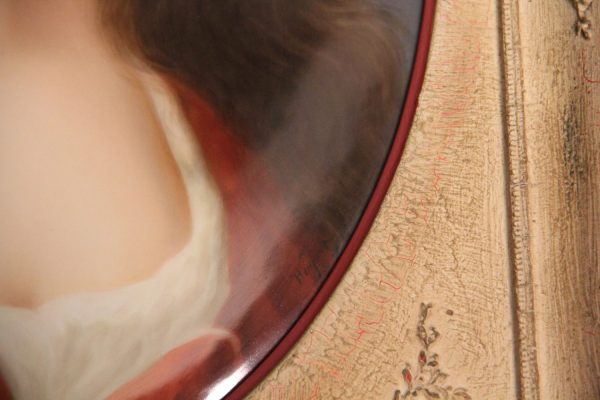 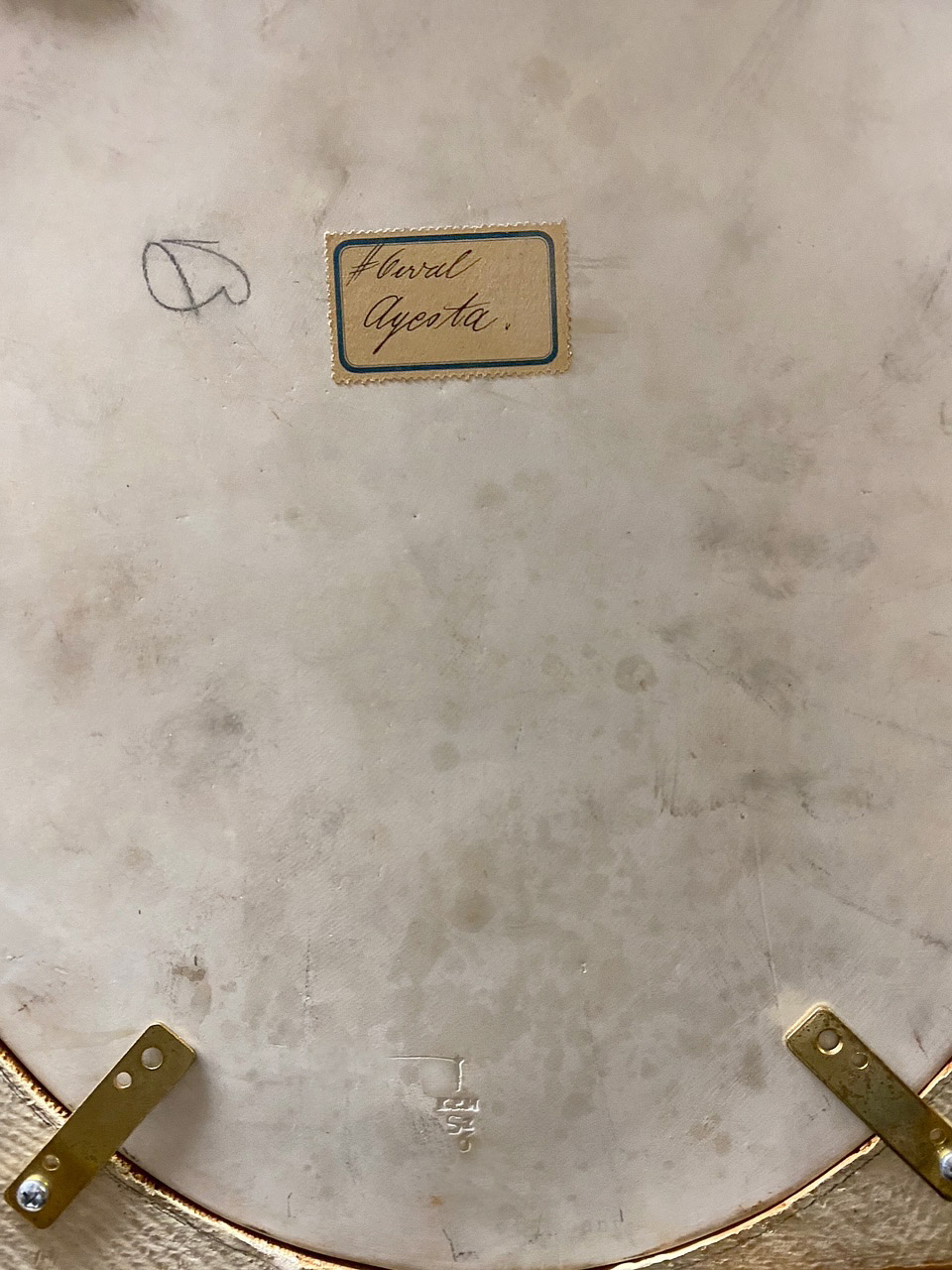 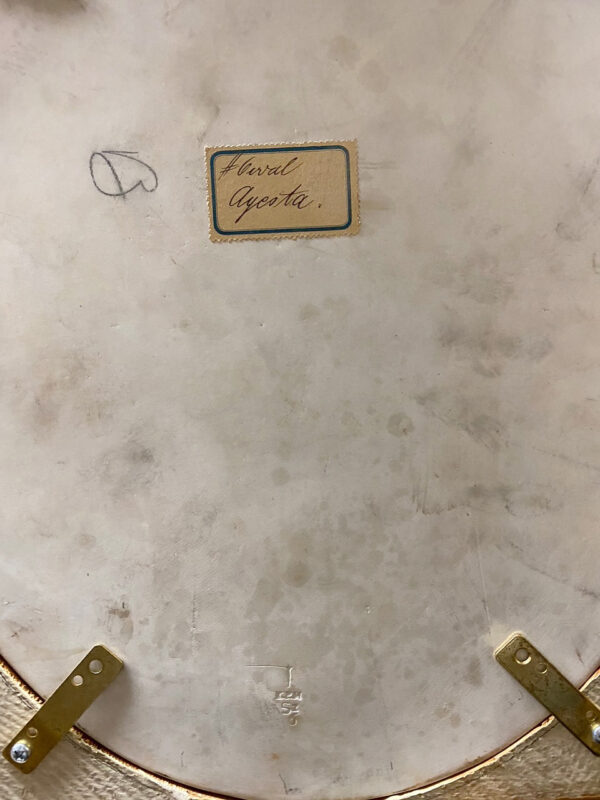 The portrait of a lovely woman entitled ‘Agesta’, after the artist Angelo Asti.

Impressed K.P.M and scepter marks, in the original frame.