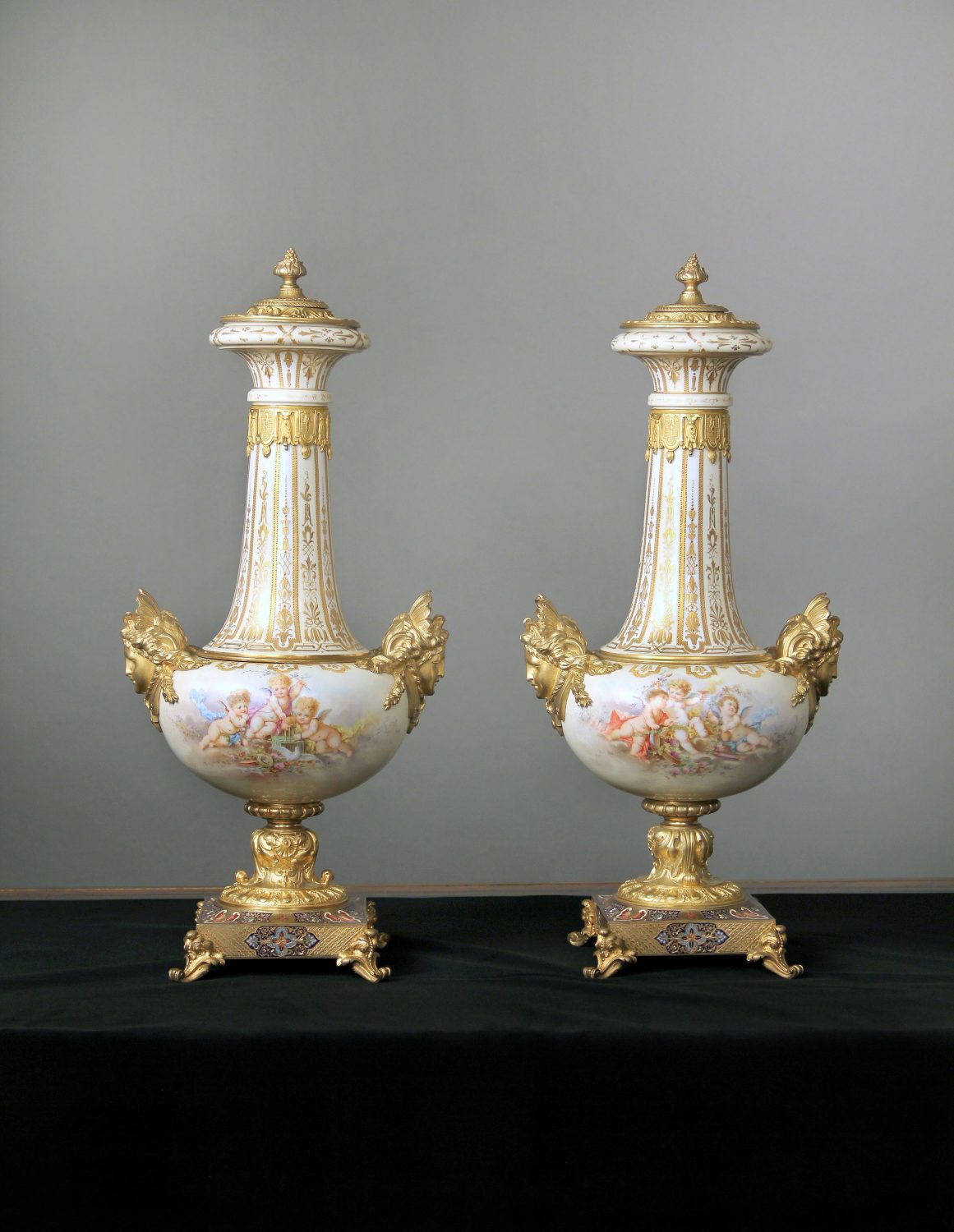 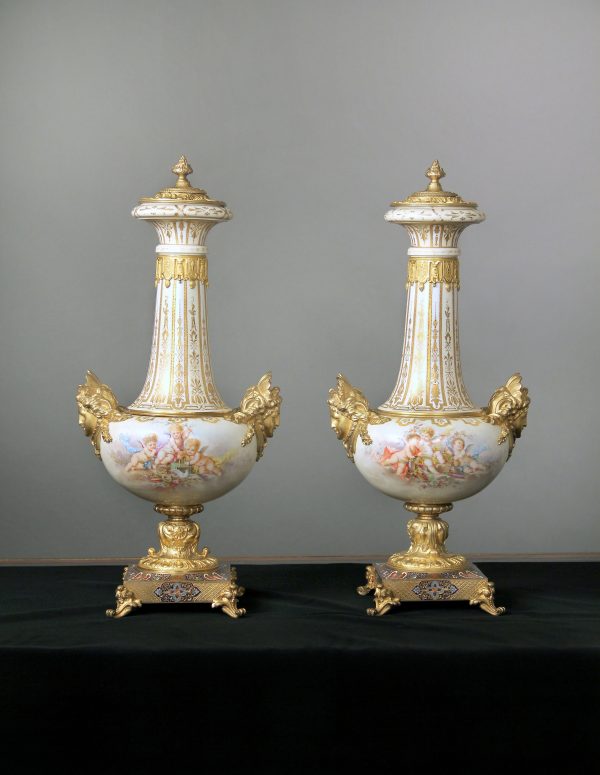 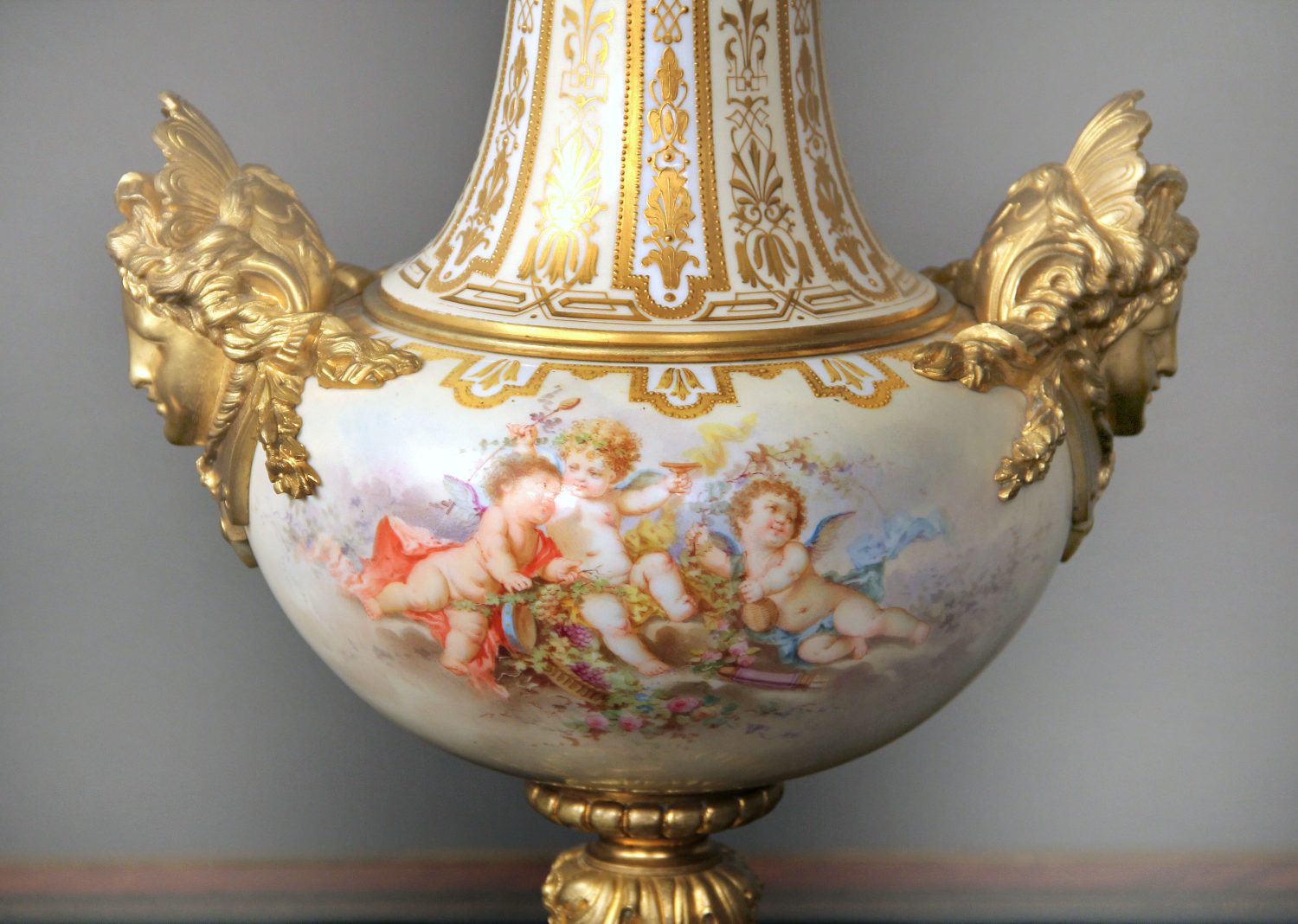 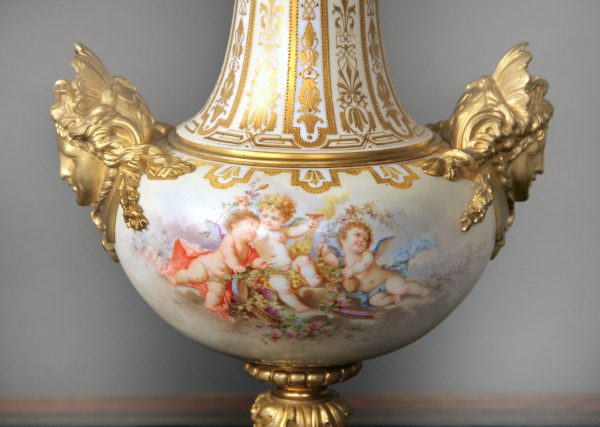 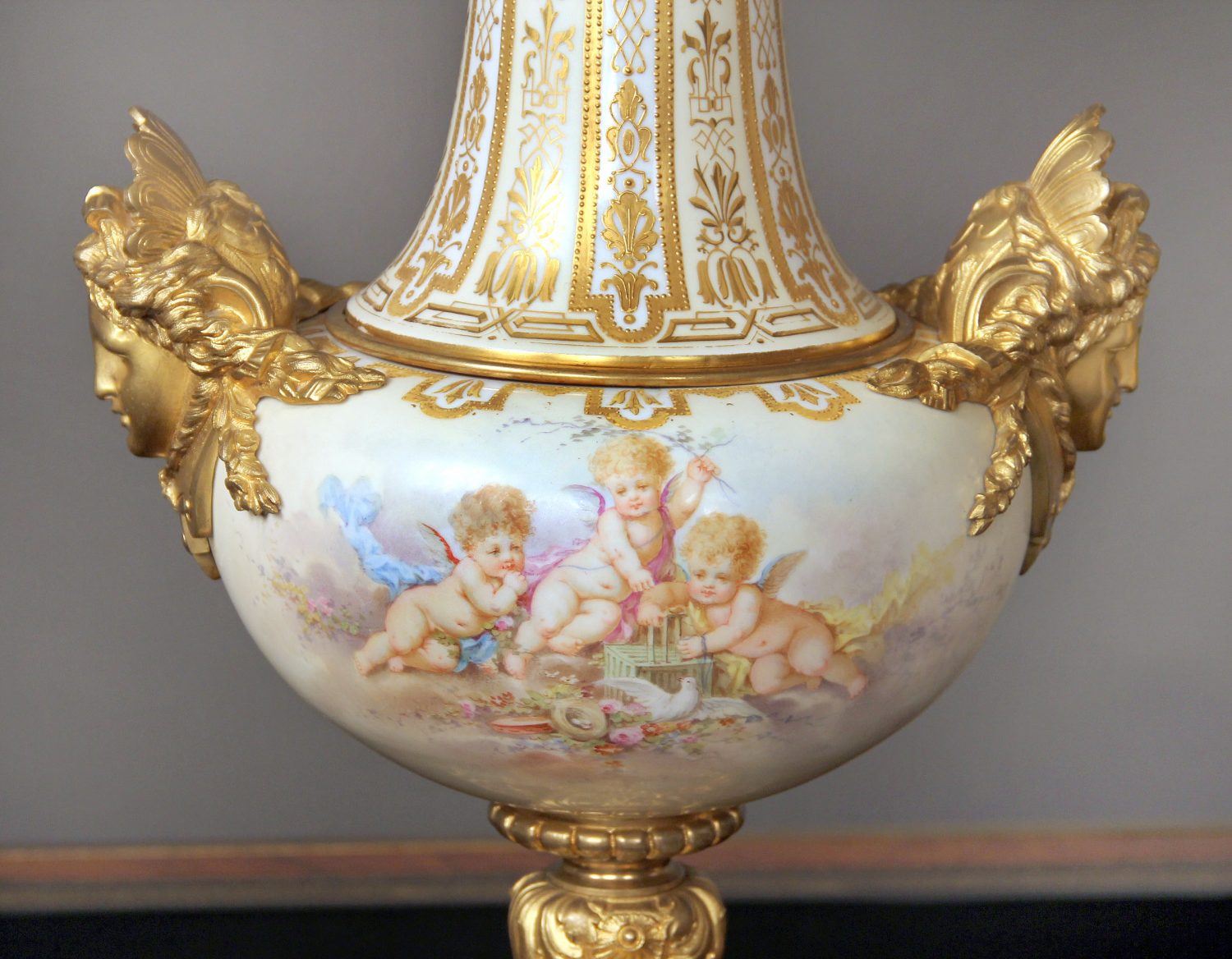 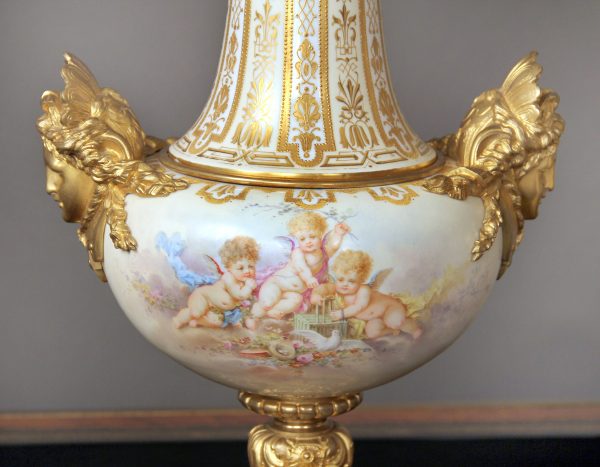 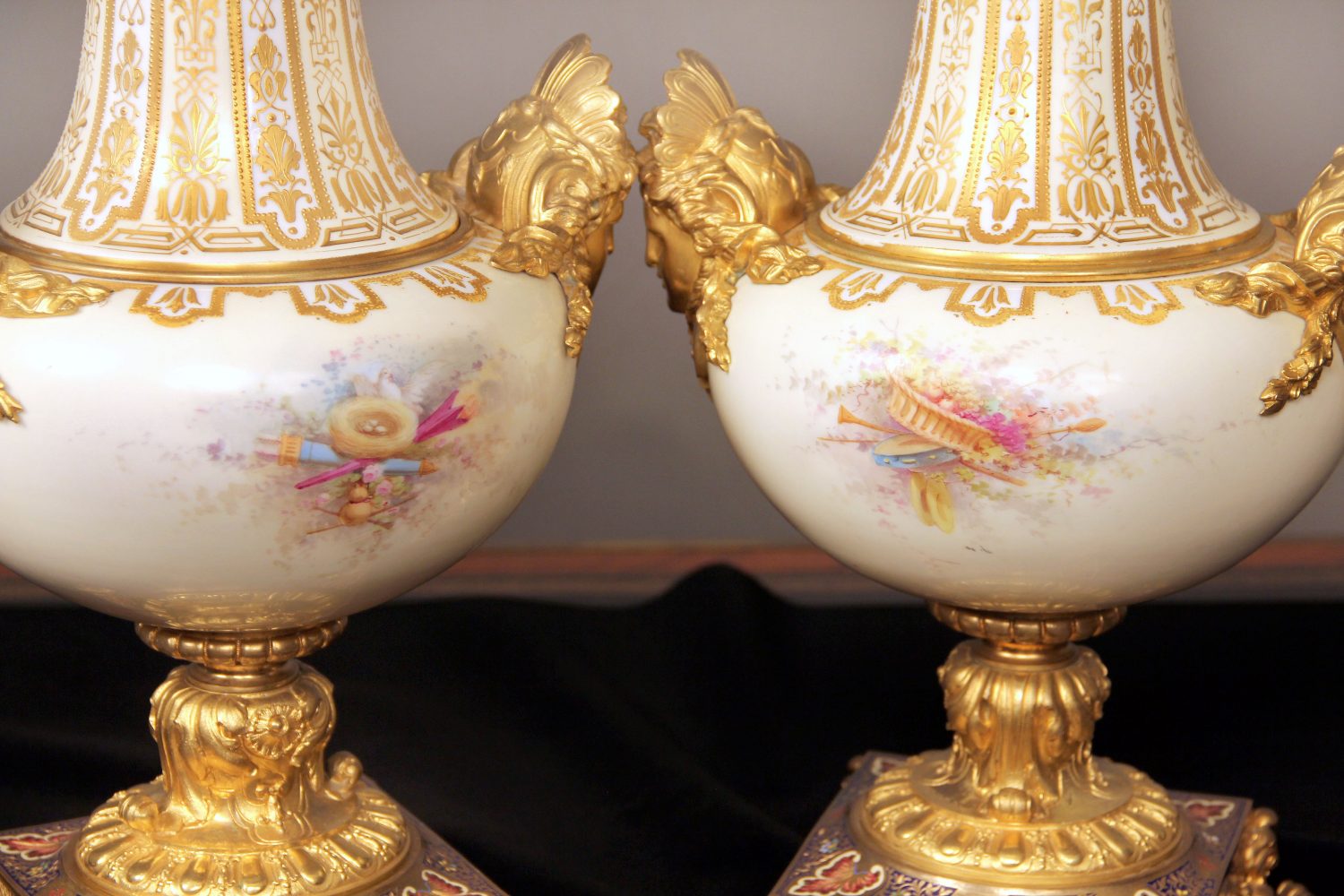 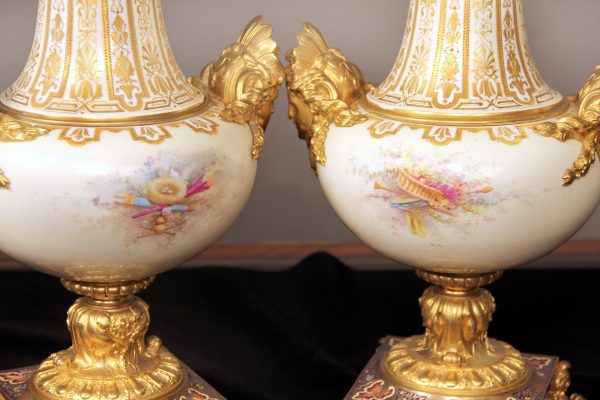 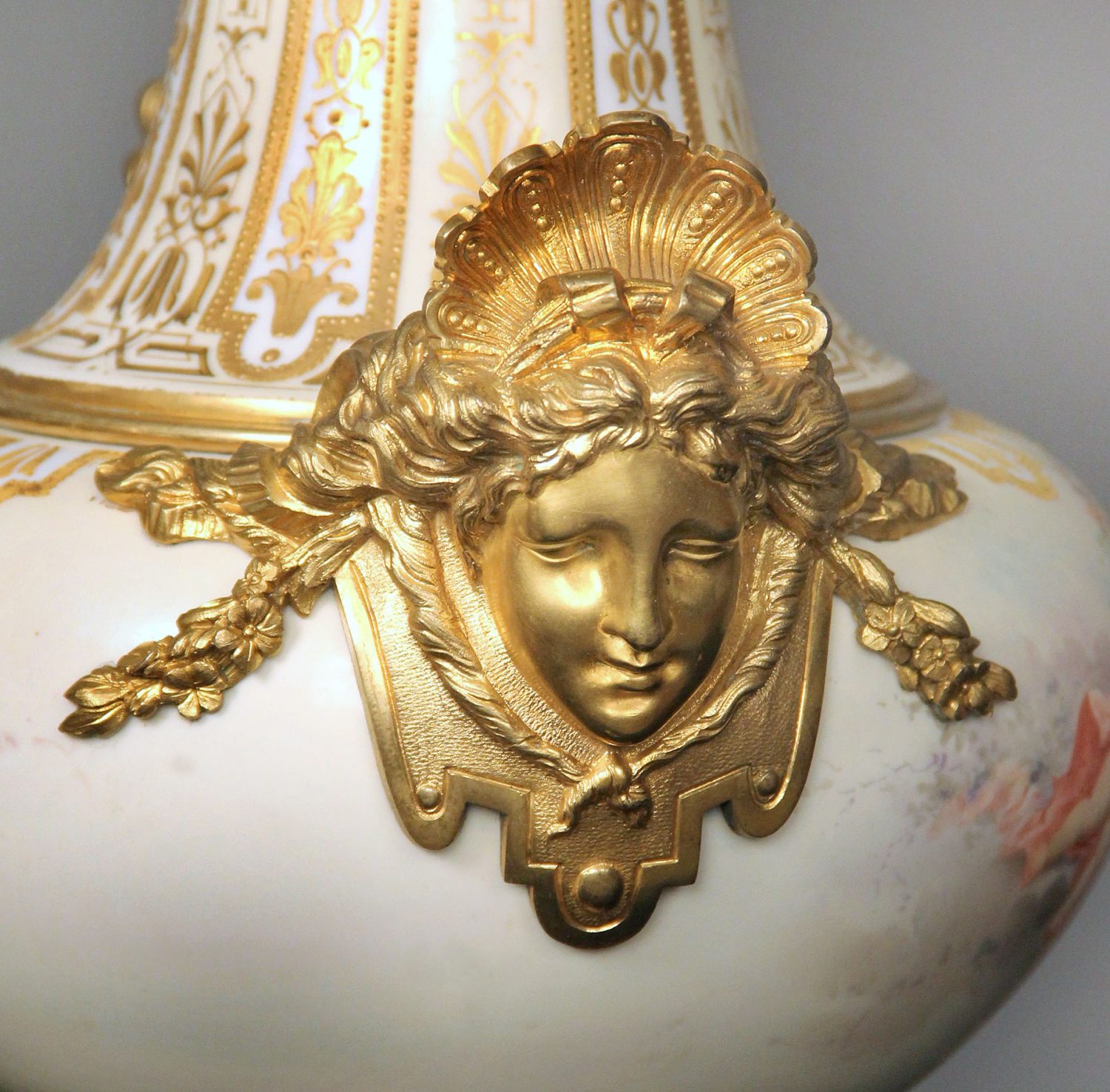 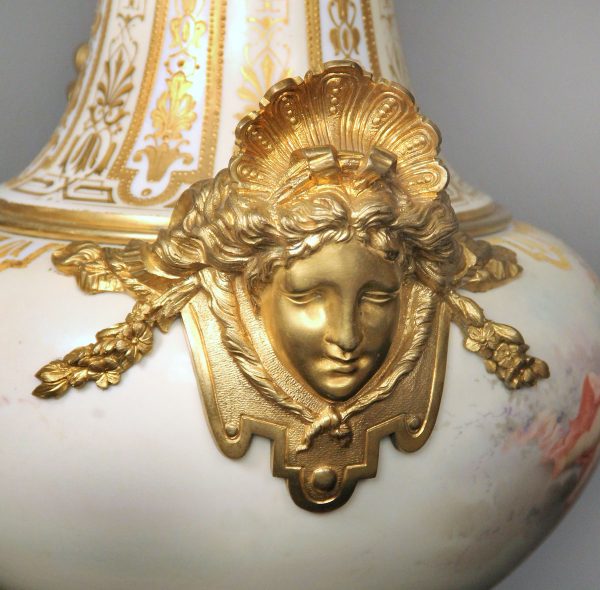 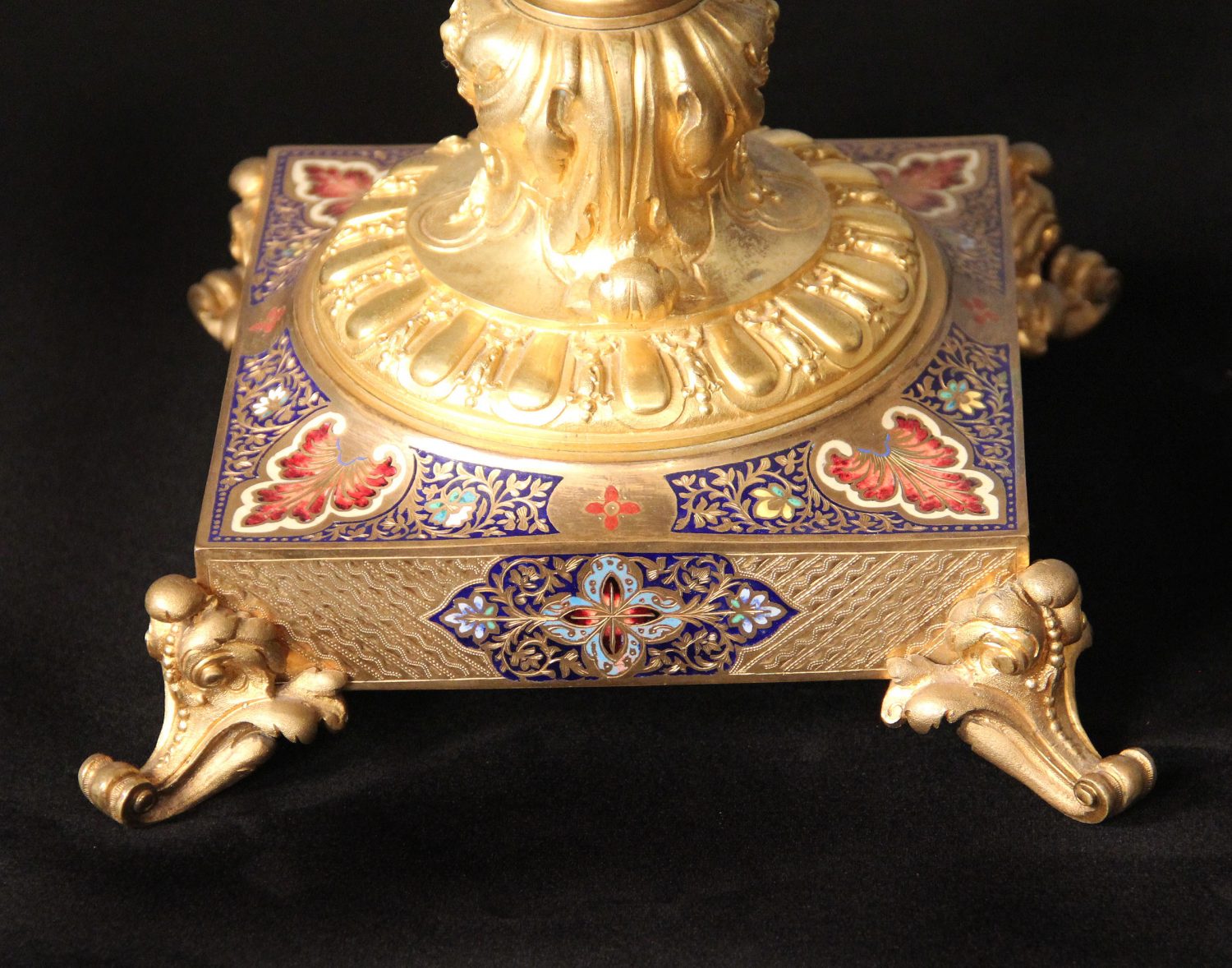 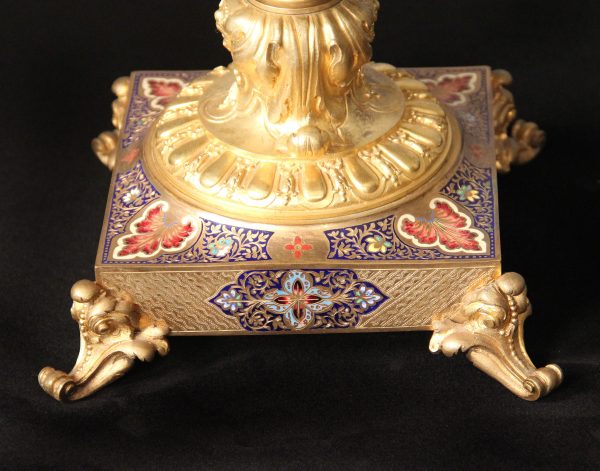 Gilt bronze tops above a long neck with raised gold designs. The painted fronts each with scenes of cherubs, flowers, birds and fruit, the reverse with trophies, instruments and fruit. Each side with a bronze mask of a woman and tiara sitting on a colorful enamel base.