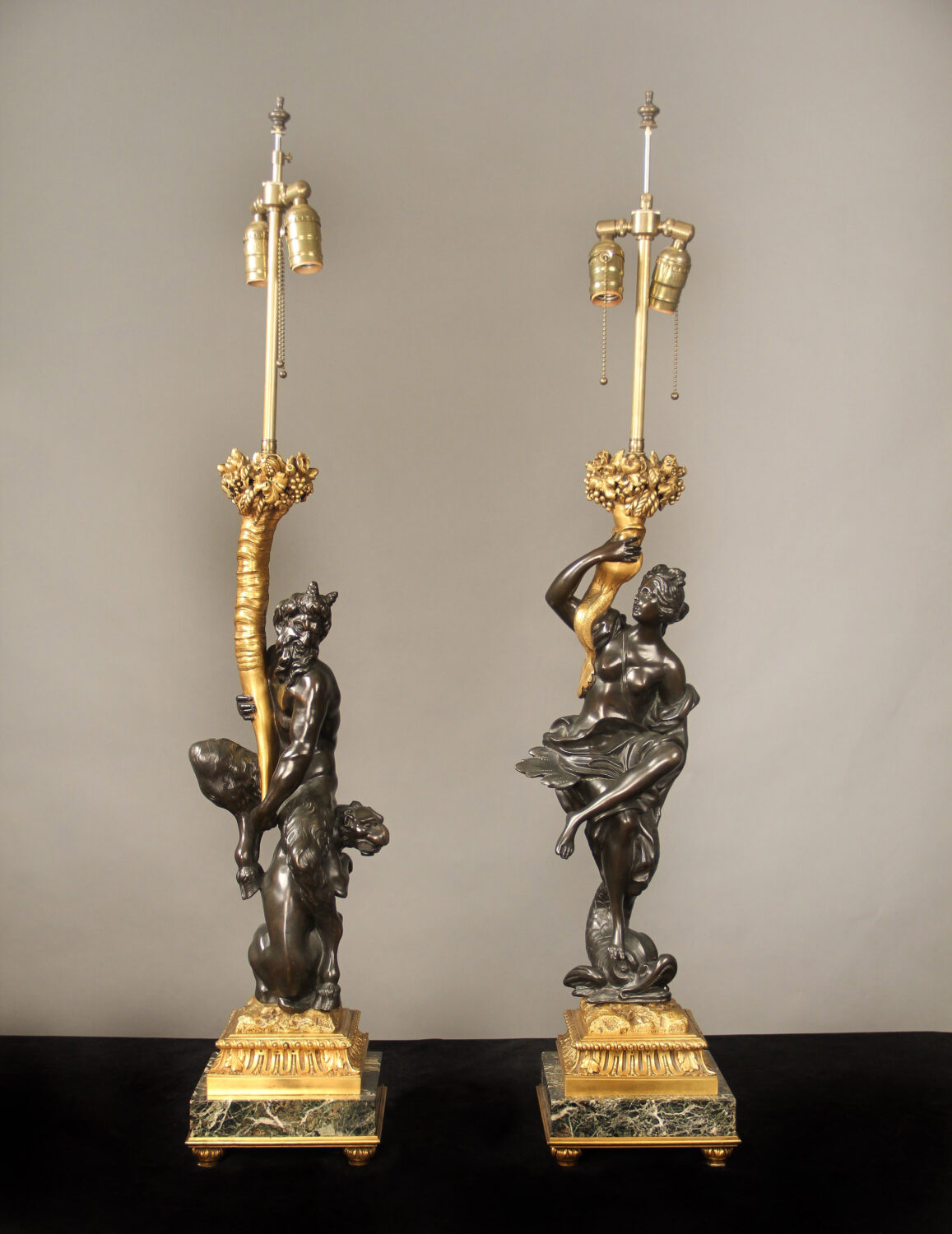 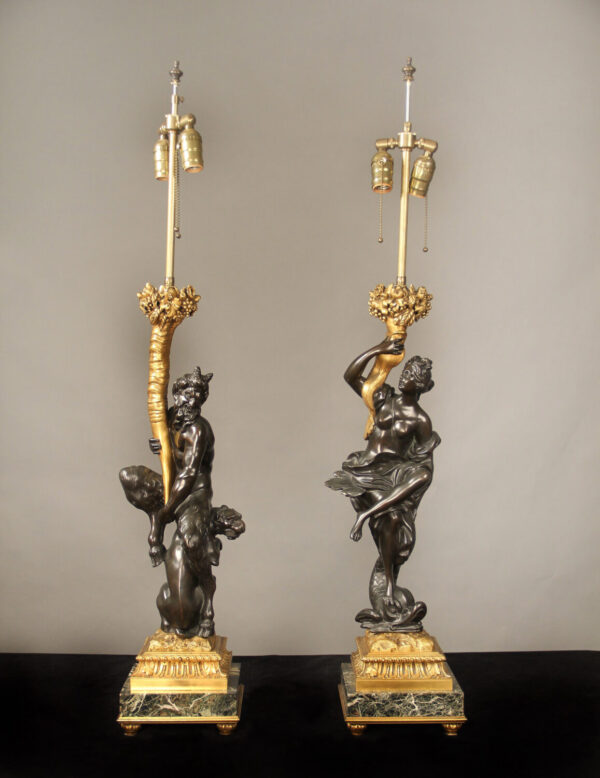 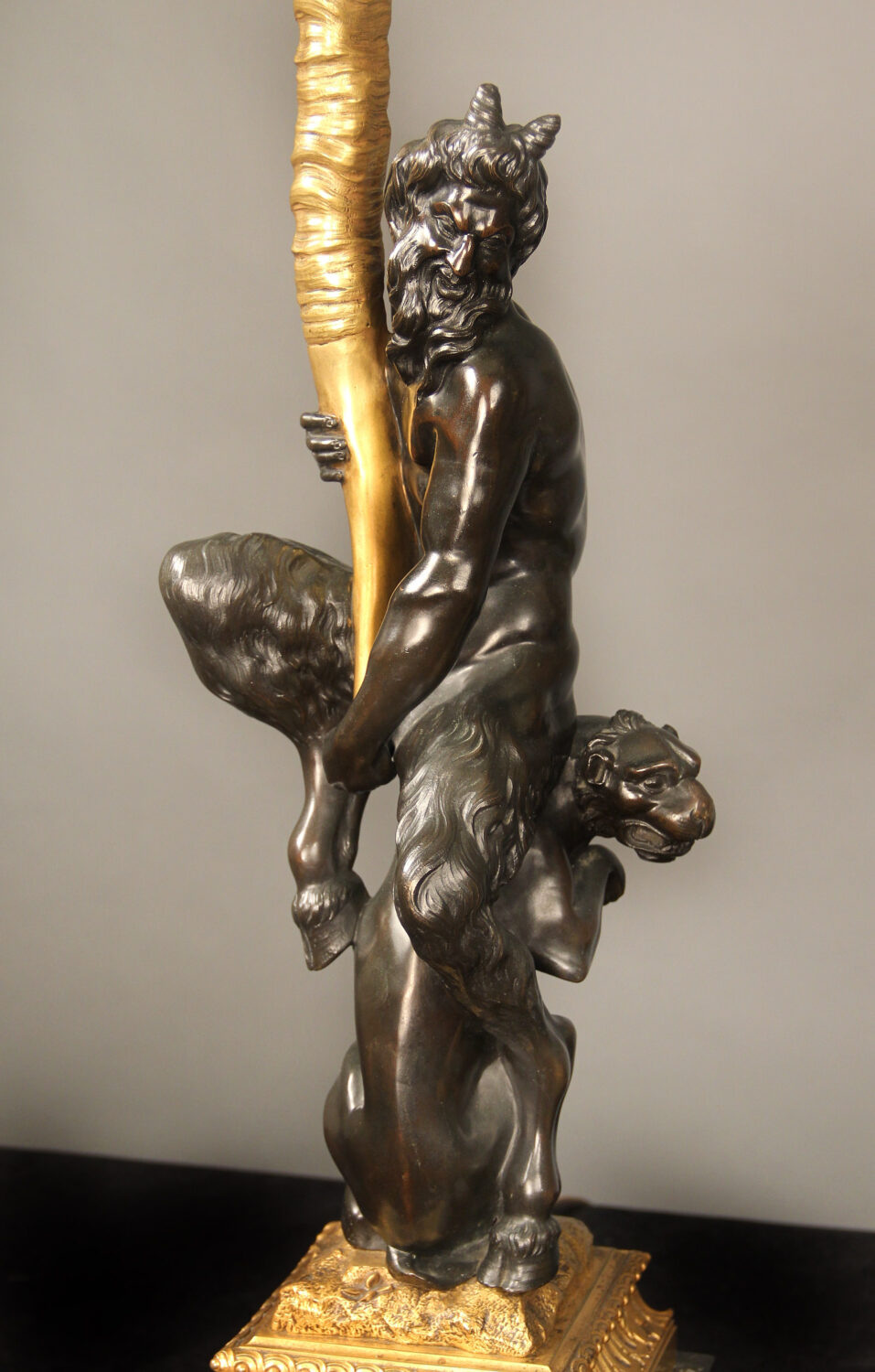 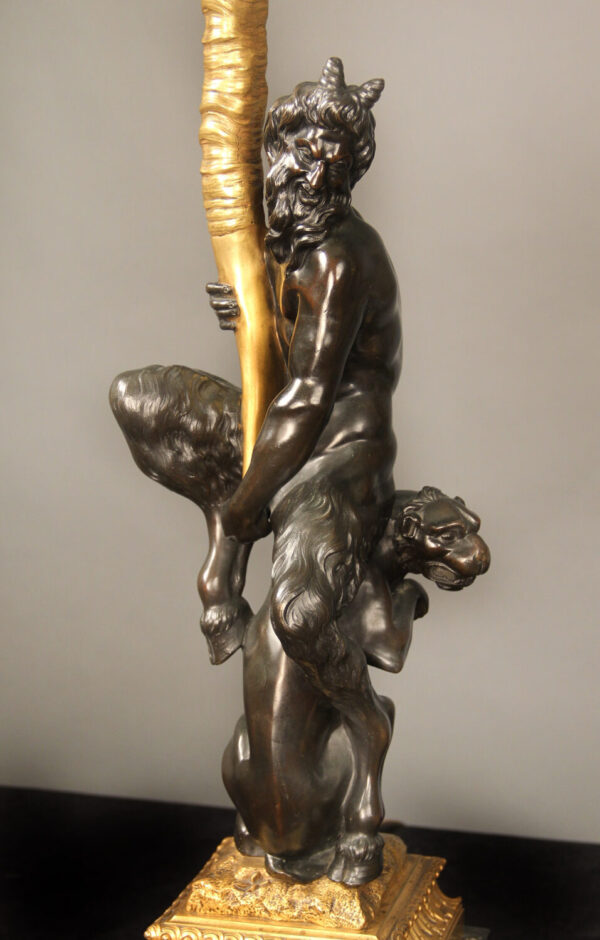 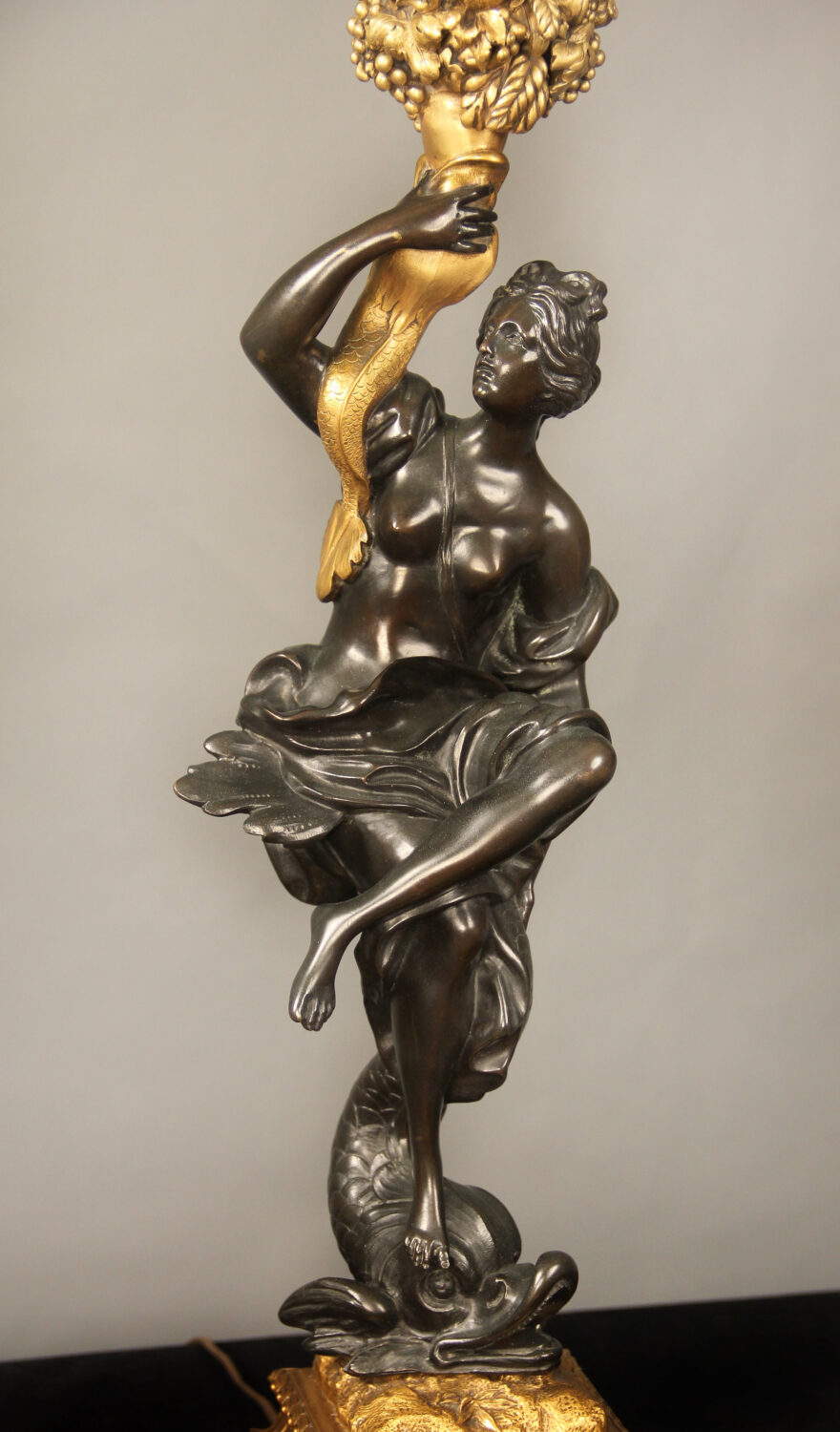 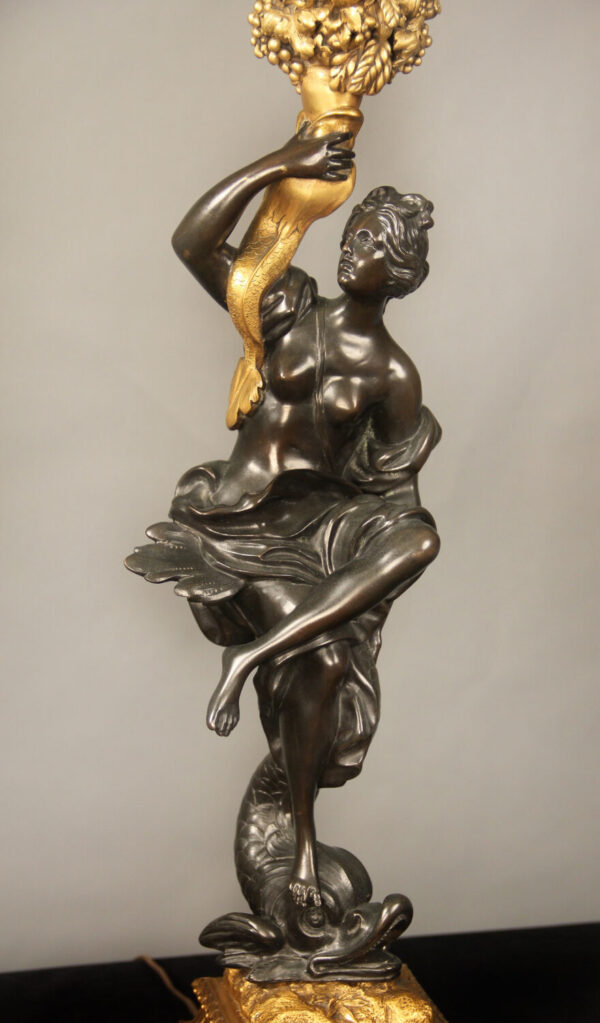 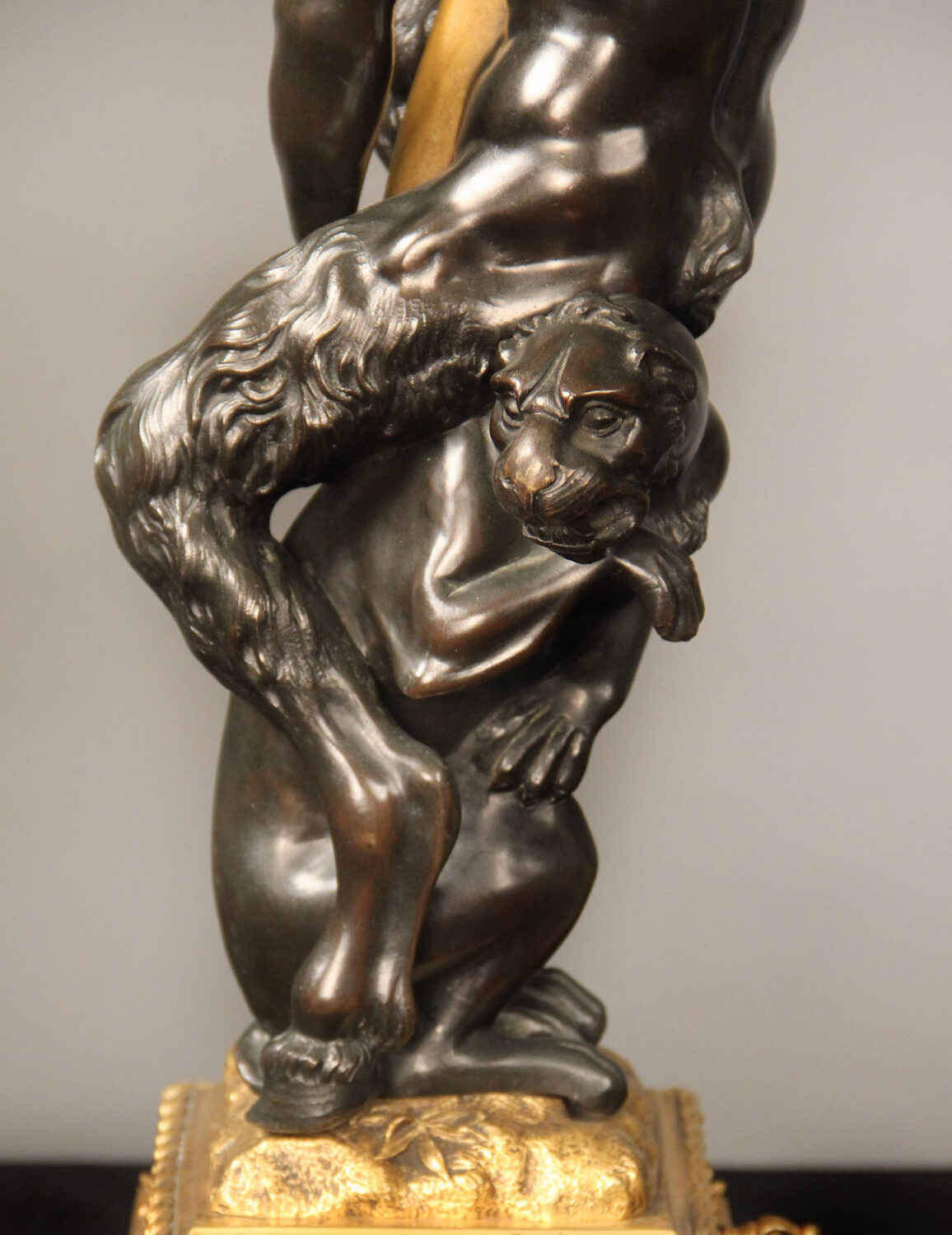 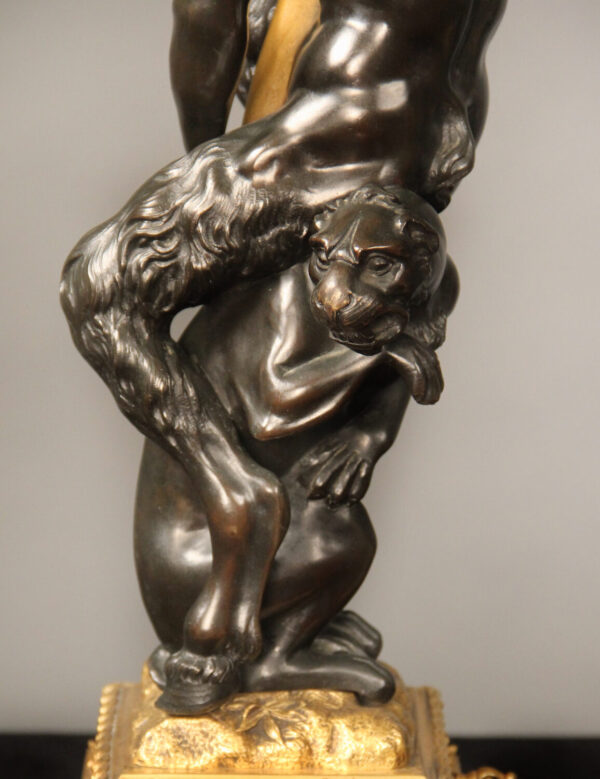 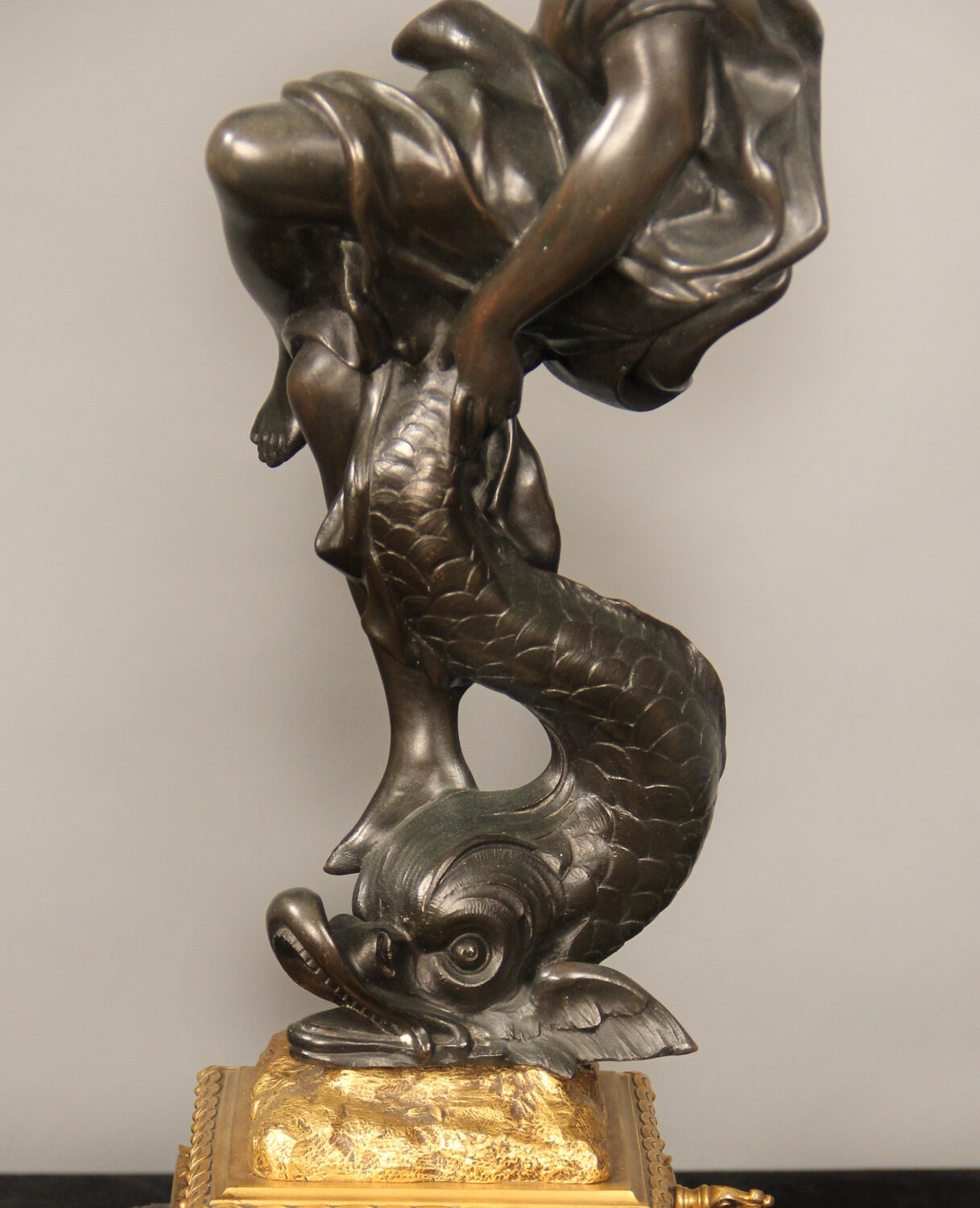 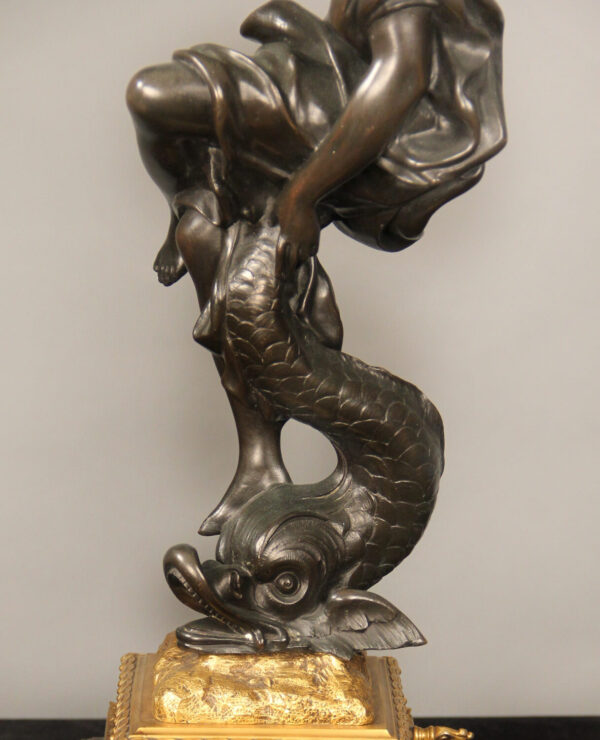 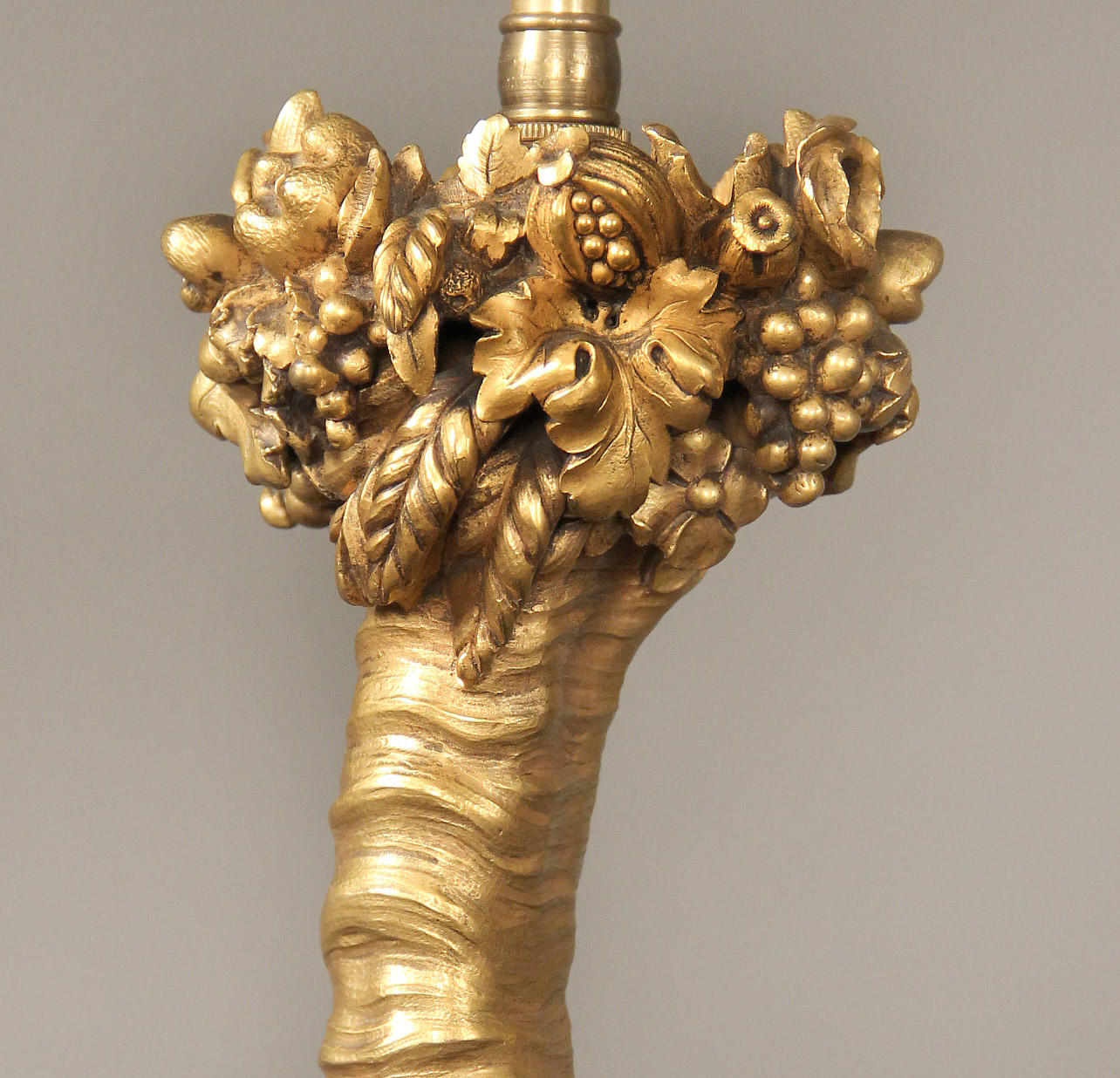 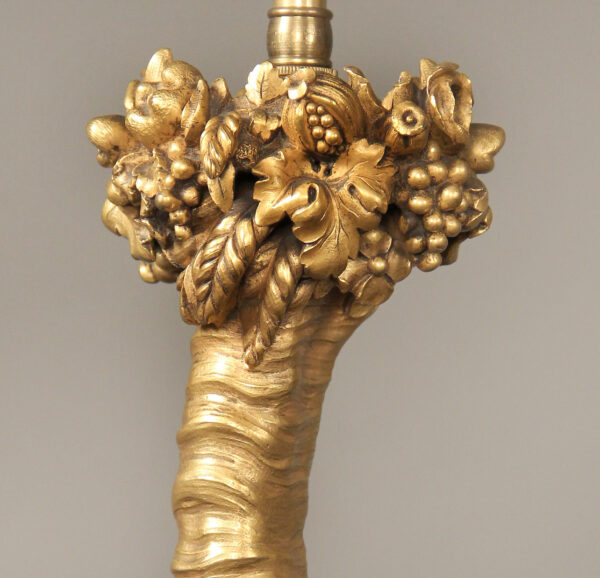 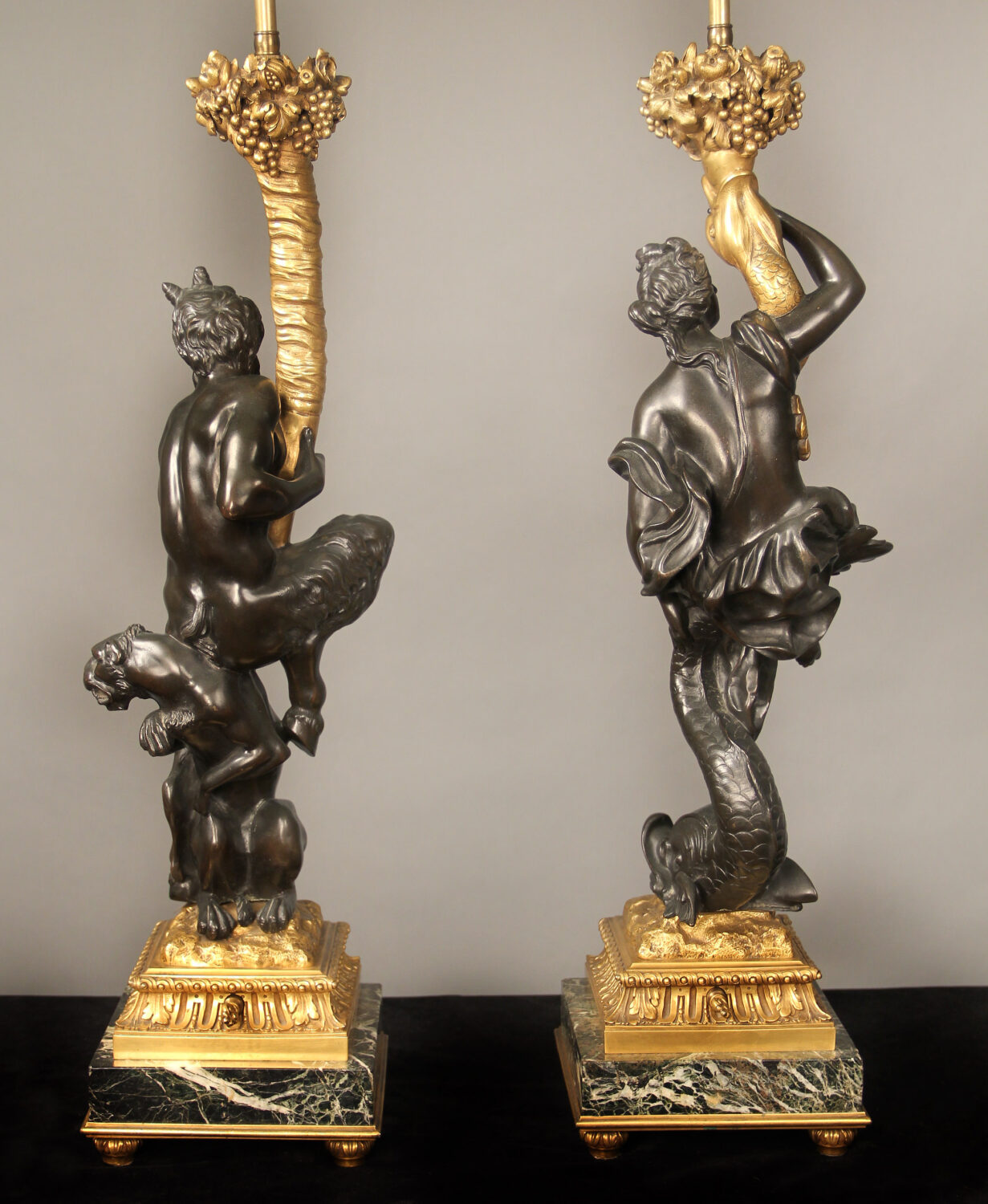 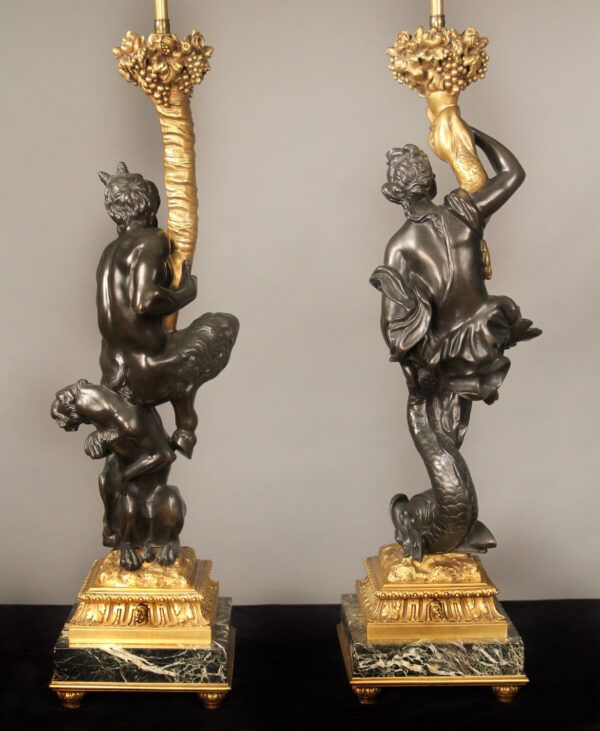 These famous candelabra modeled as two figures, one as a bacchante, seated on a dolphin, and holding another, the other as a satyr, seated on a lion, holding a cornucopia. Both standing on a gilt bronze and marble base.

Edward F. Caldwell & Co., of New York City, was one of the premier designers and manufacturers of electric light fixtures and decorative metalwork from the late 19th to the mid-20th centuries. Founded in 1895 by Edward F. Caldwell (1851–1914) and Victor F. von Lossberg (1853–1942), the firm left a legacy of custom designed and finely-made, metal gates, lanterns, chandeliers, ceiling and wall fixtures, floor and table lamps, and other decorative objects that can be found today in many metropolitan area churches, public buildings, offices, clubs, and residences including, the White House (1902 renovation), St. Patrick’s Cathedral, New York, New York Public Library, and Rockefeller Center.