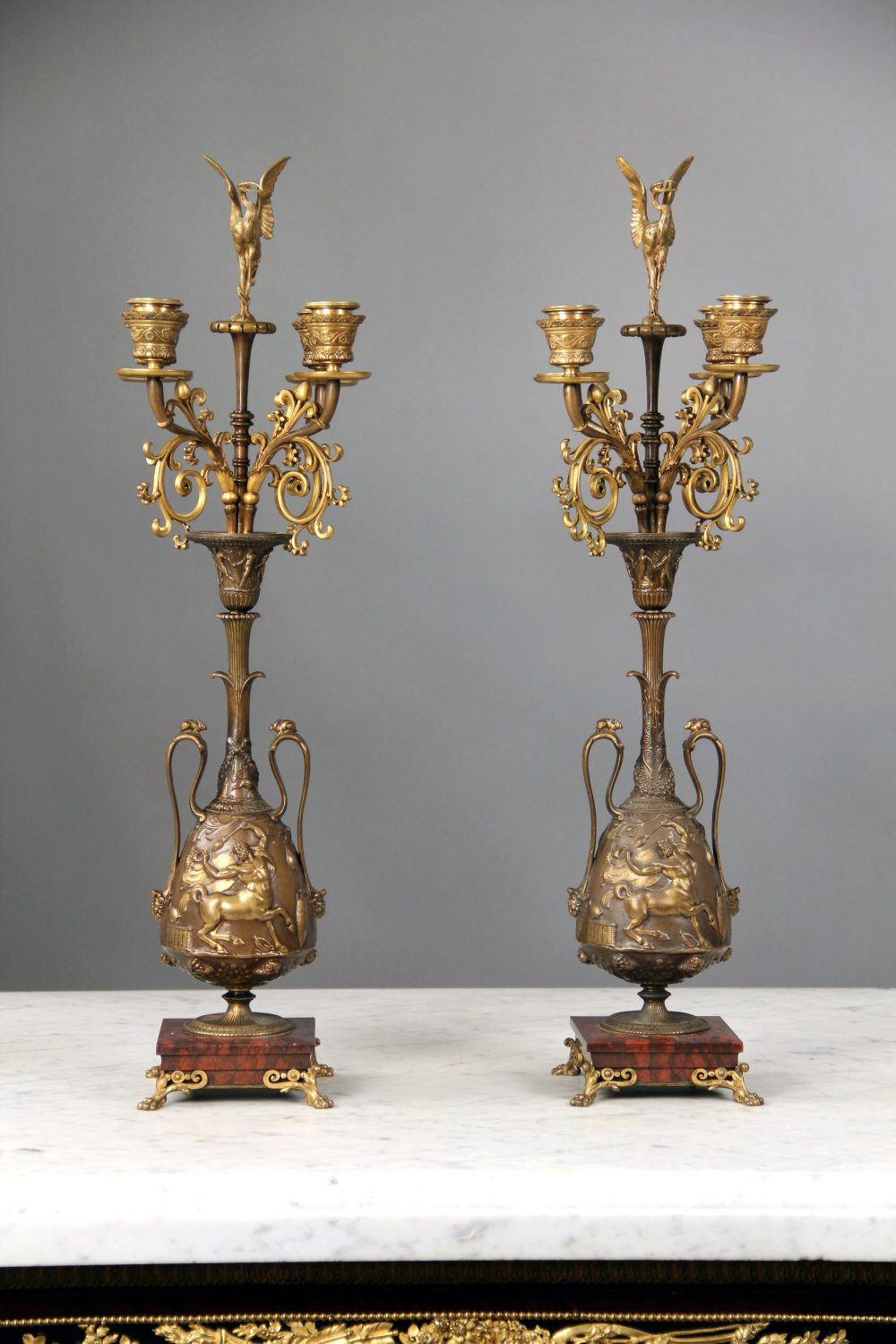 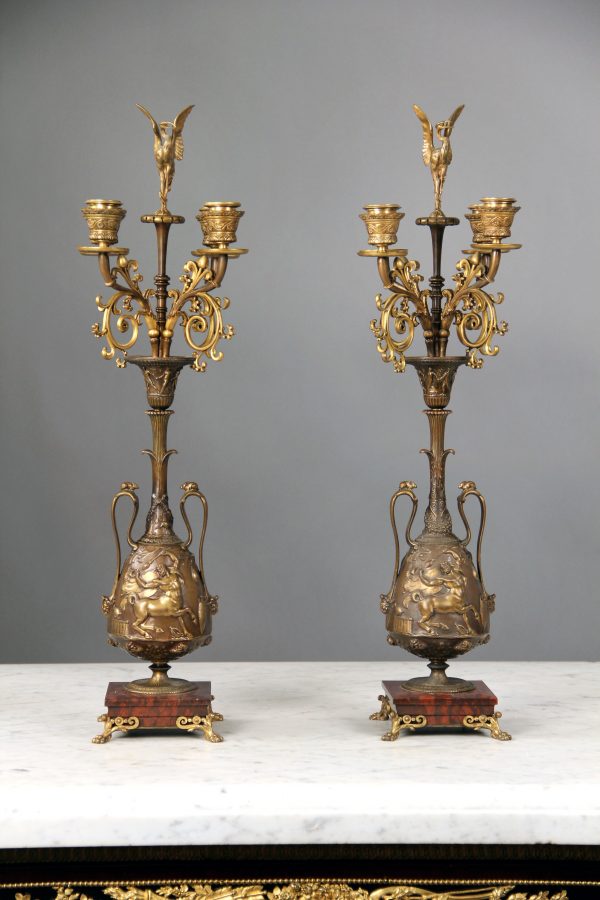 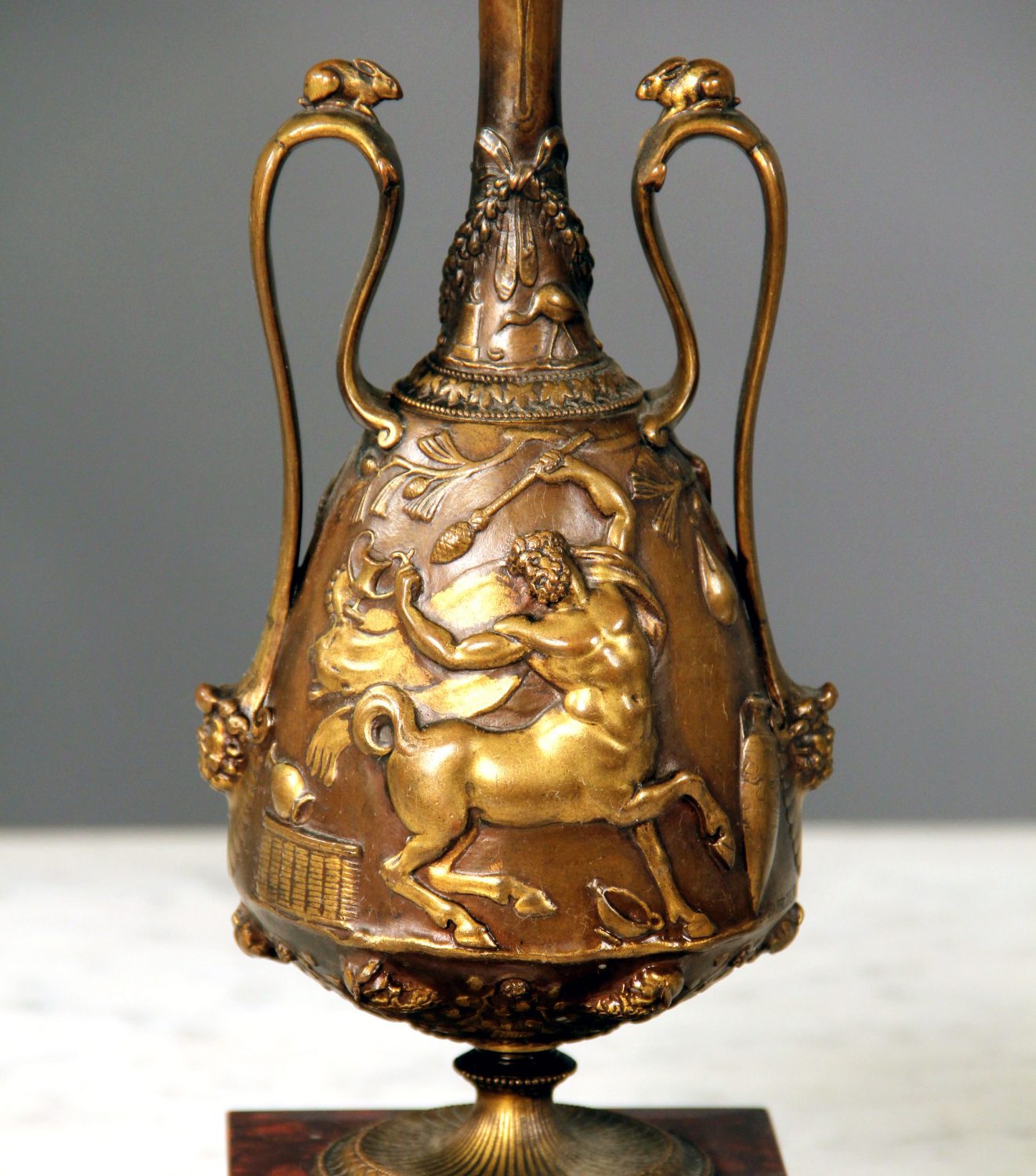 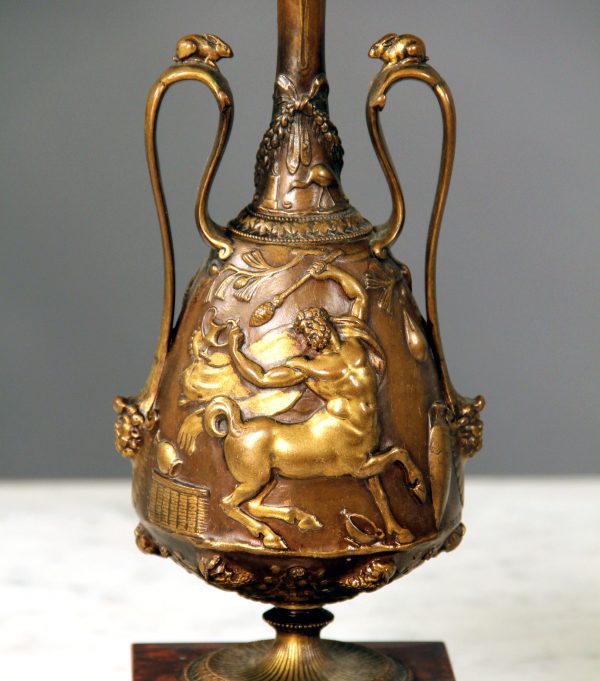 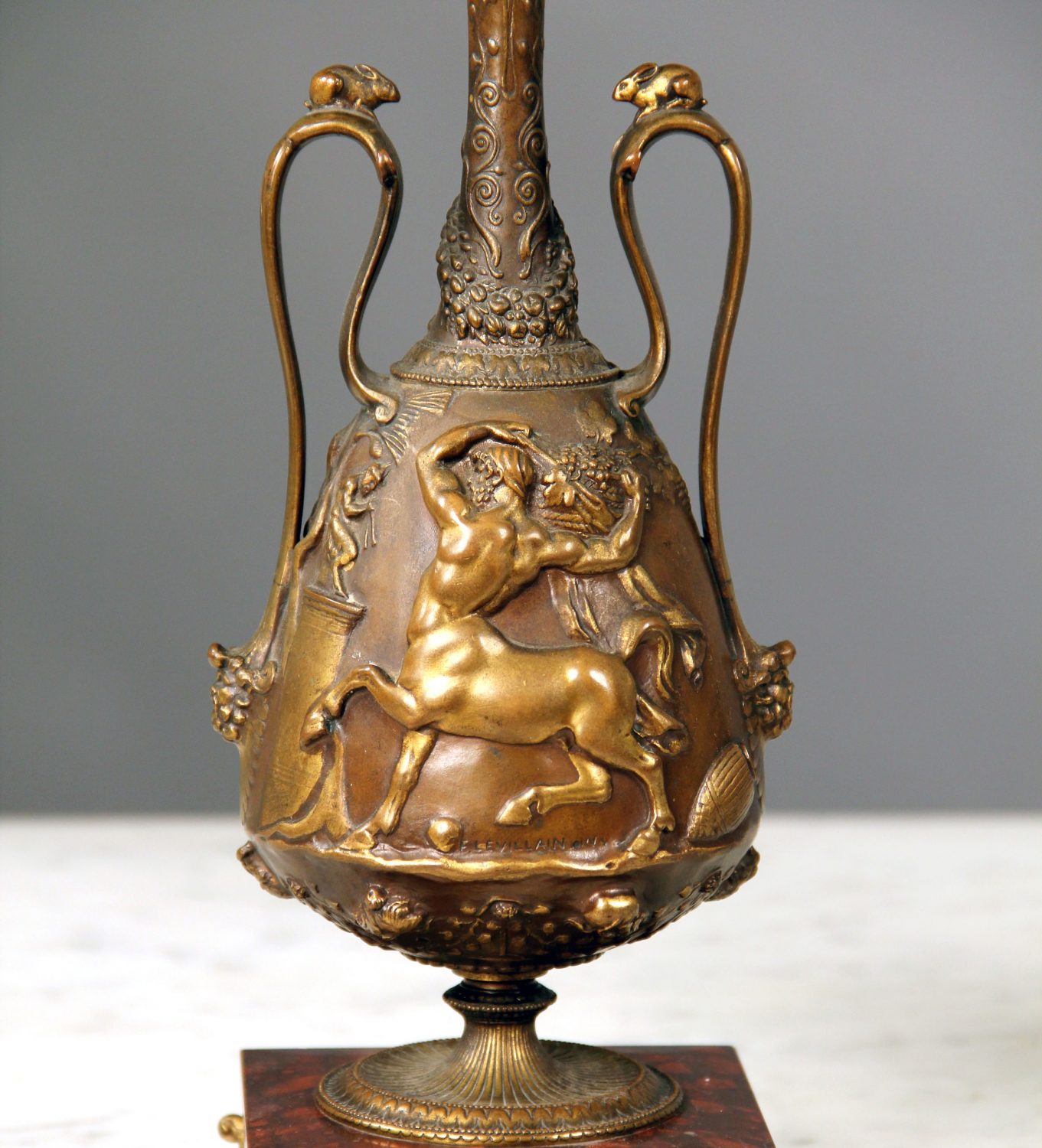 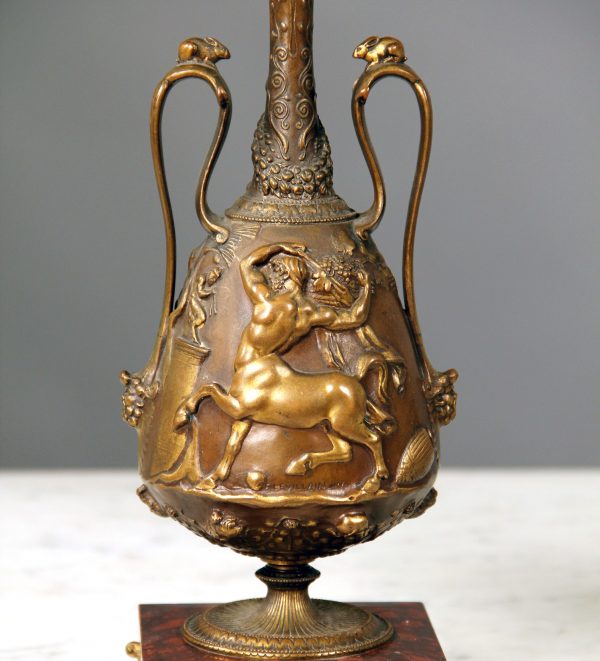 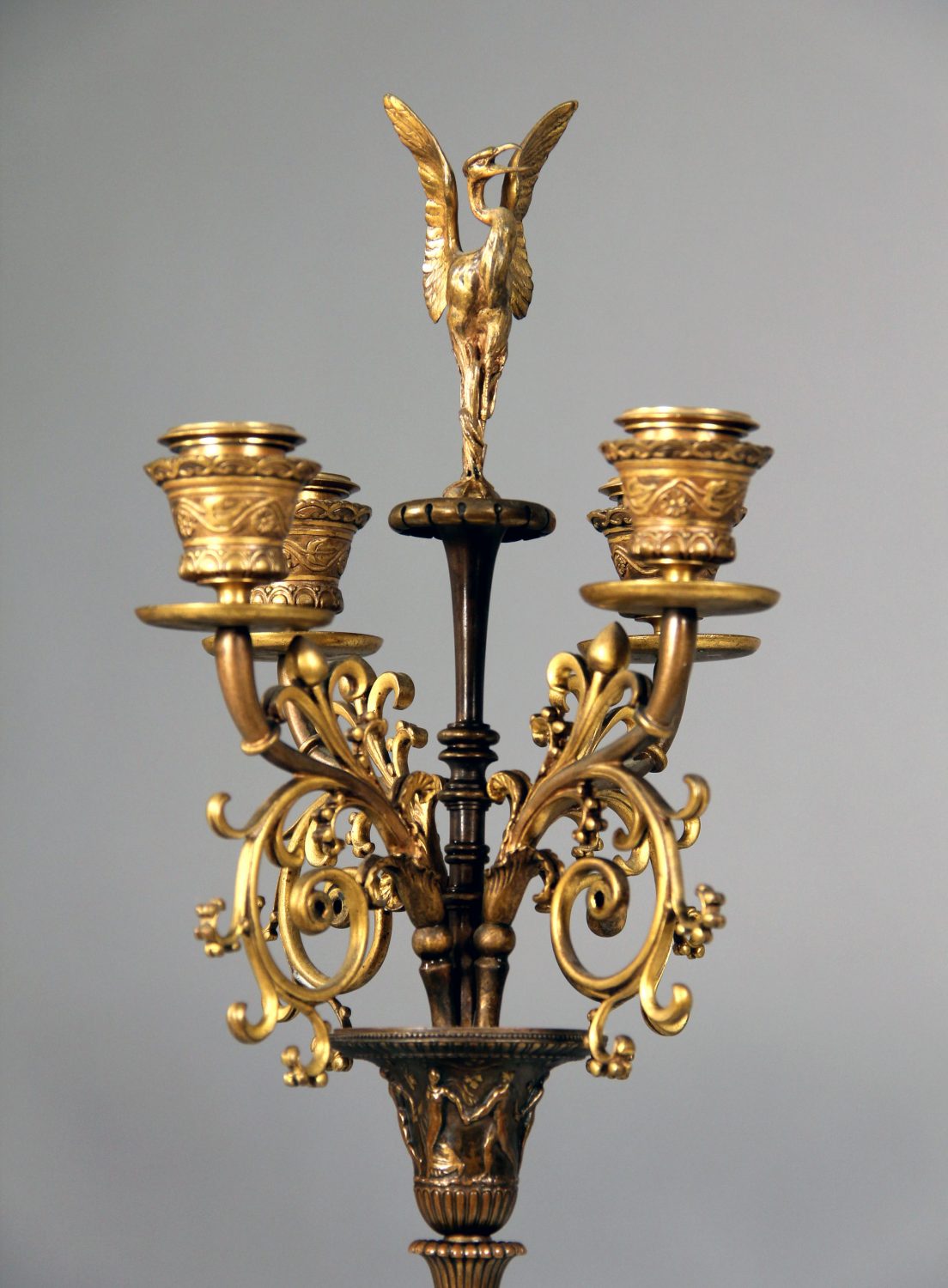 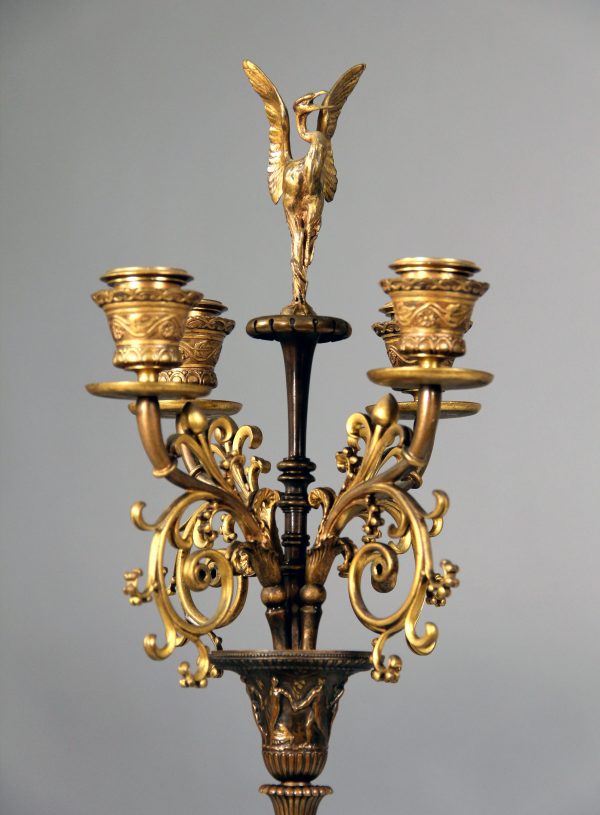 Each surmounted by a stork, the urn shaped body flanked on each side by a handle with rabbits at rest.

Ferdinand Levillian (1837-1905) exhibited in the Paris Salon from 1861. Awarded a Silver Medal at the 1889 Paris Exposition Universelle, and was made by the French state Chevalier de la Legion d’Honneur in 1892.