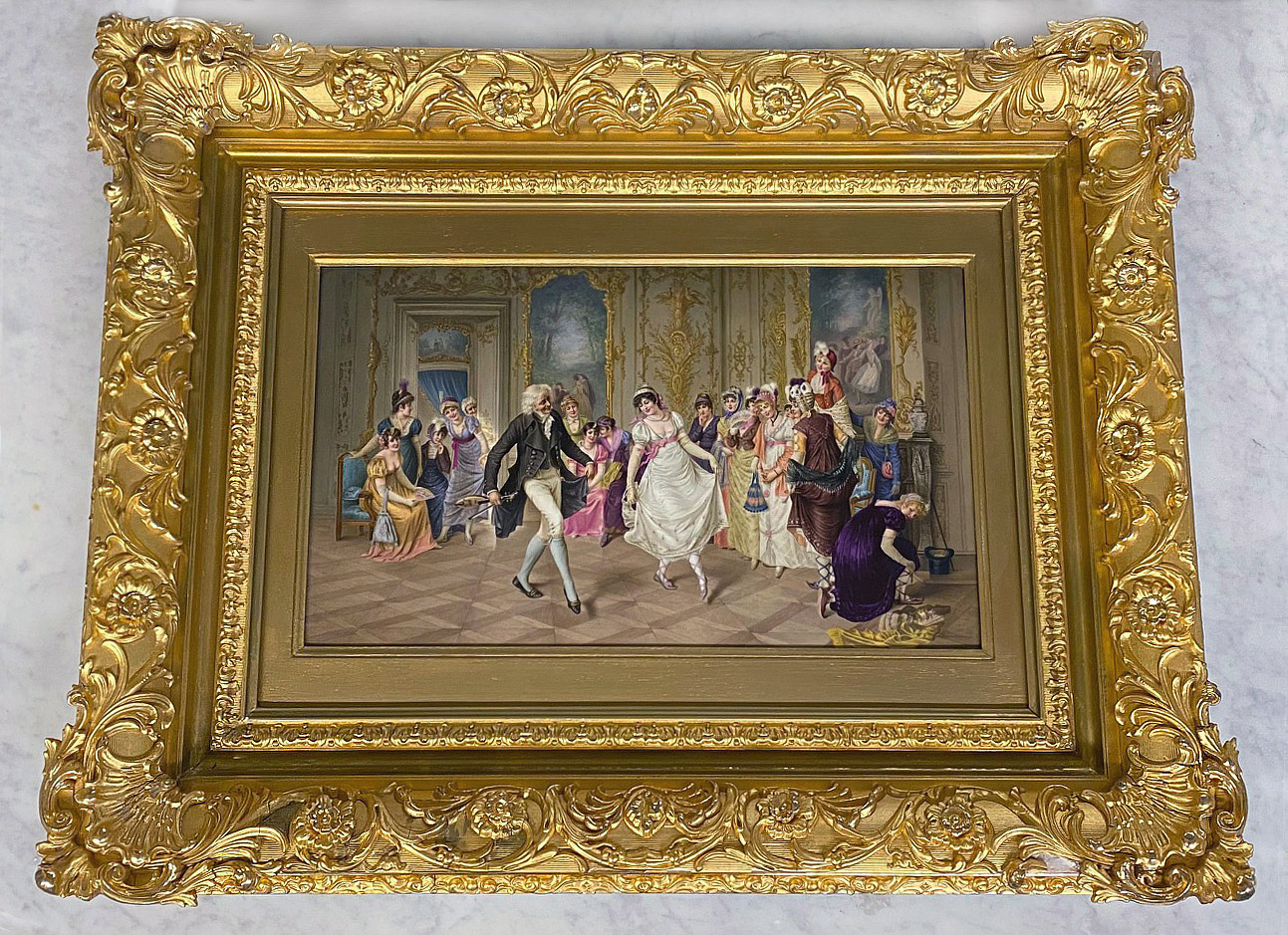 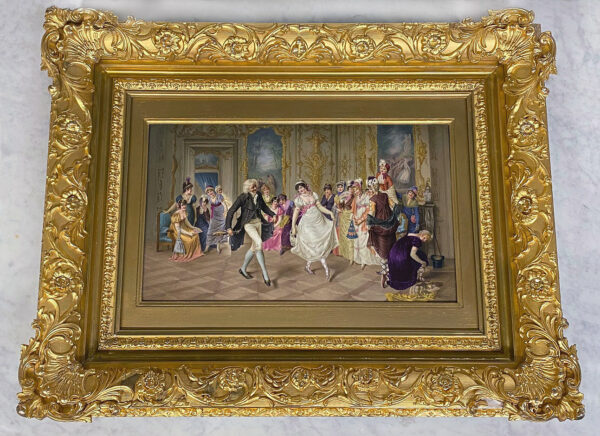 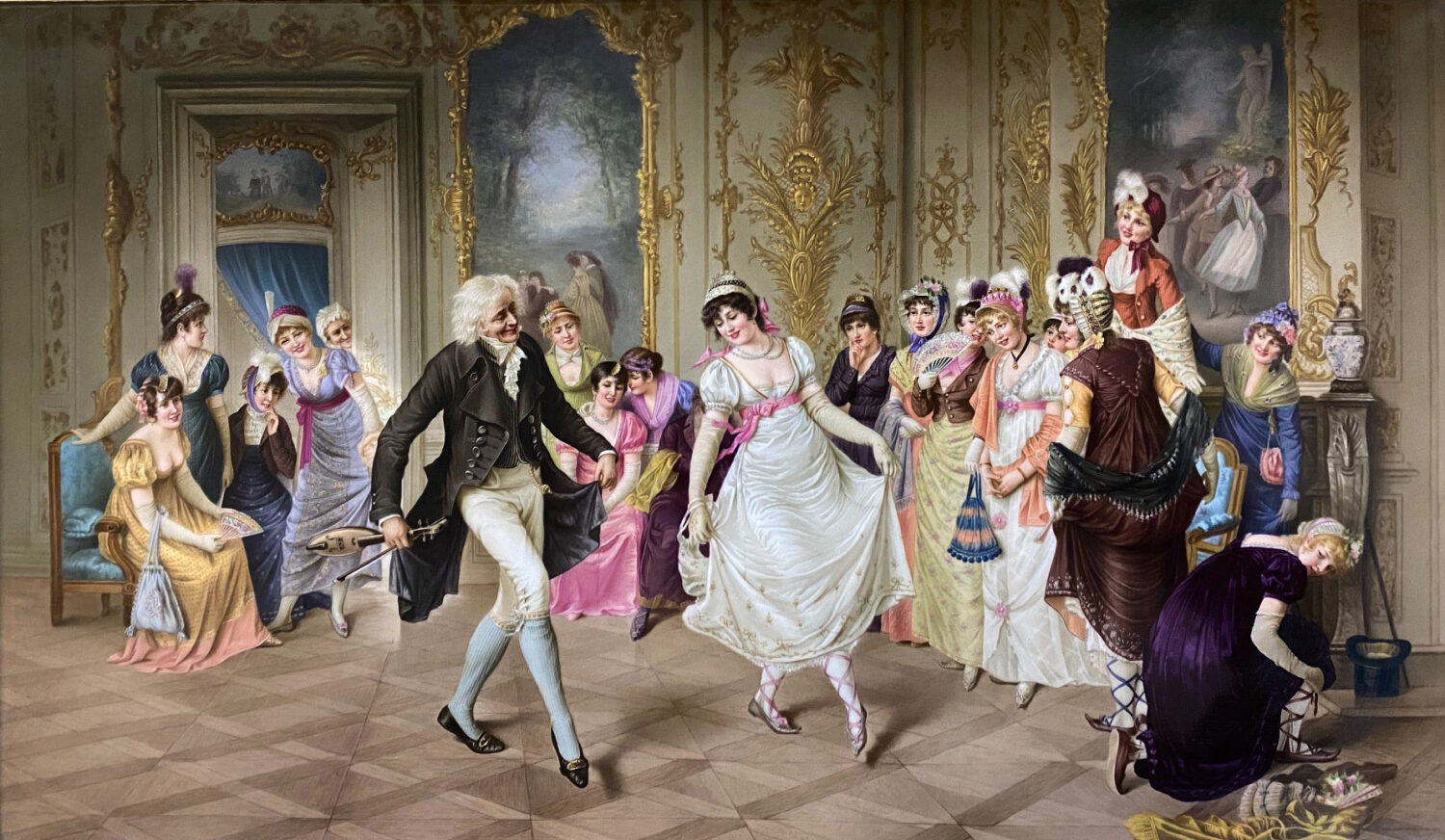 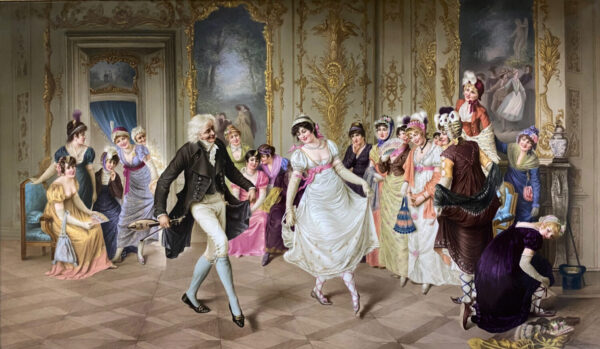 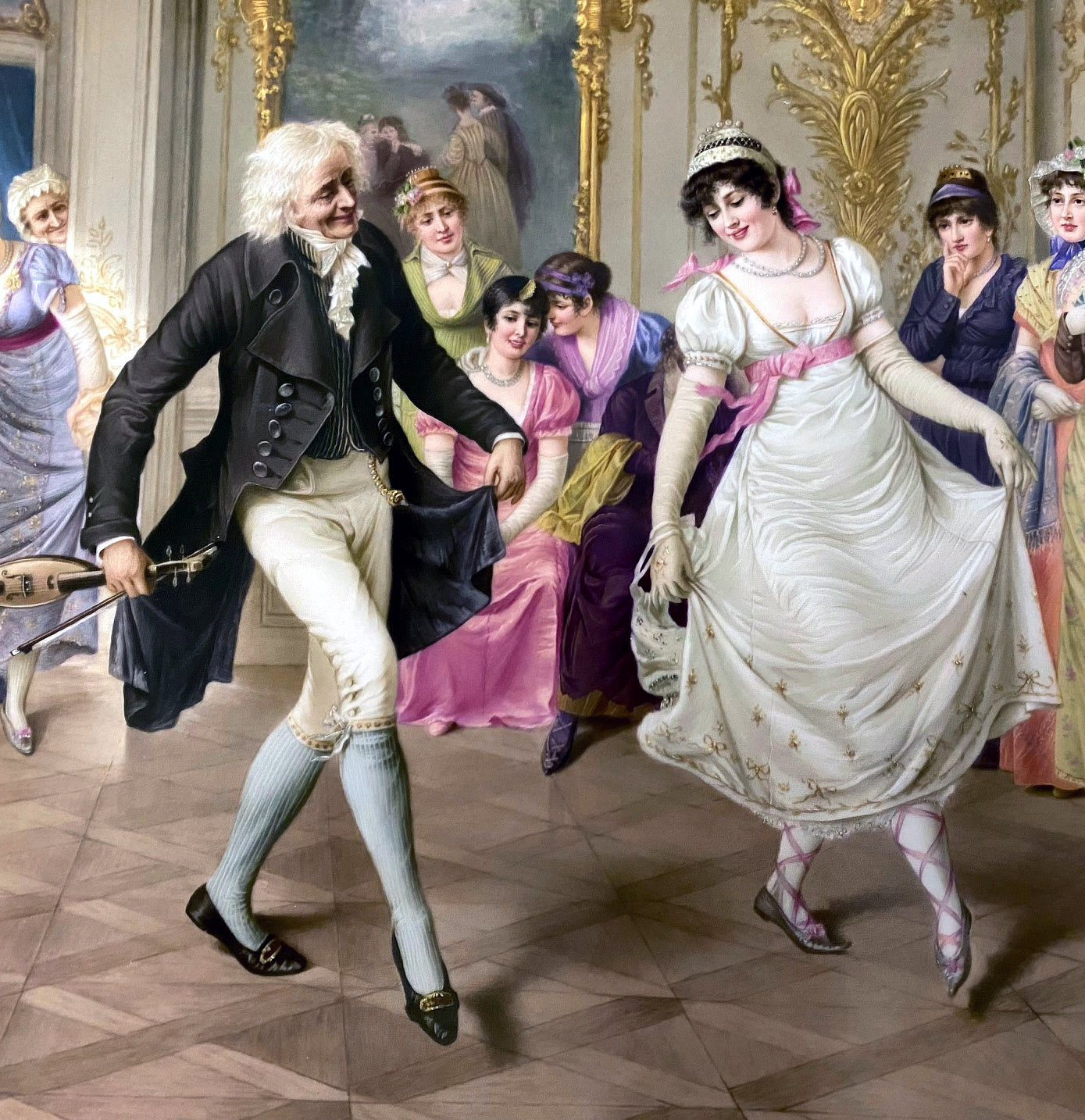 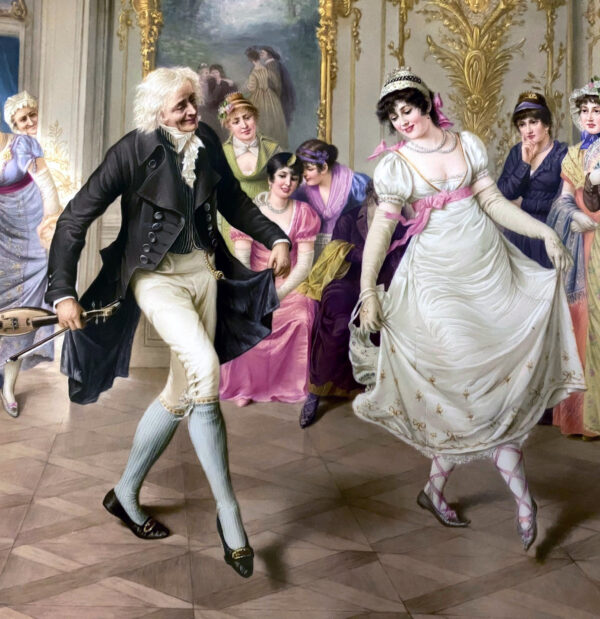 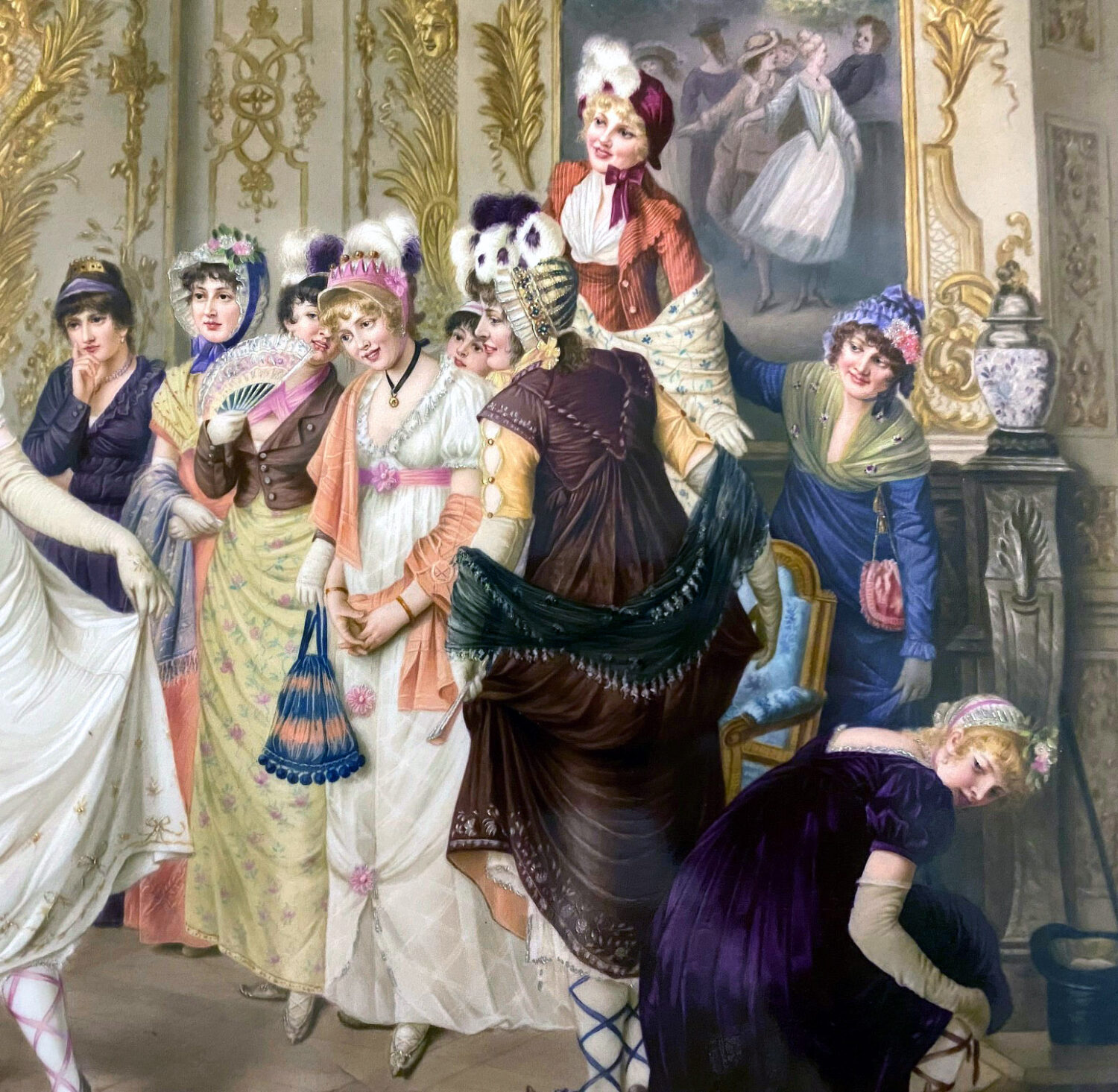 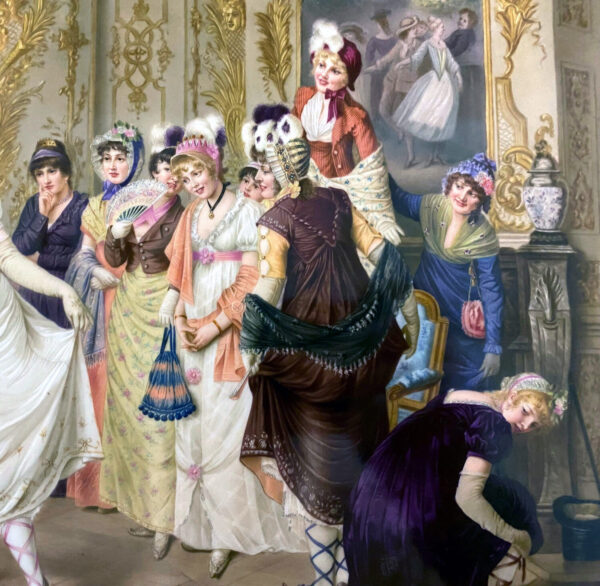 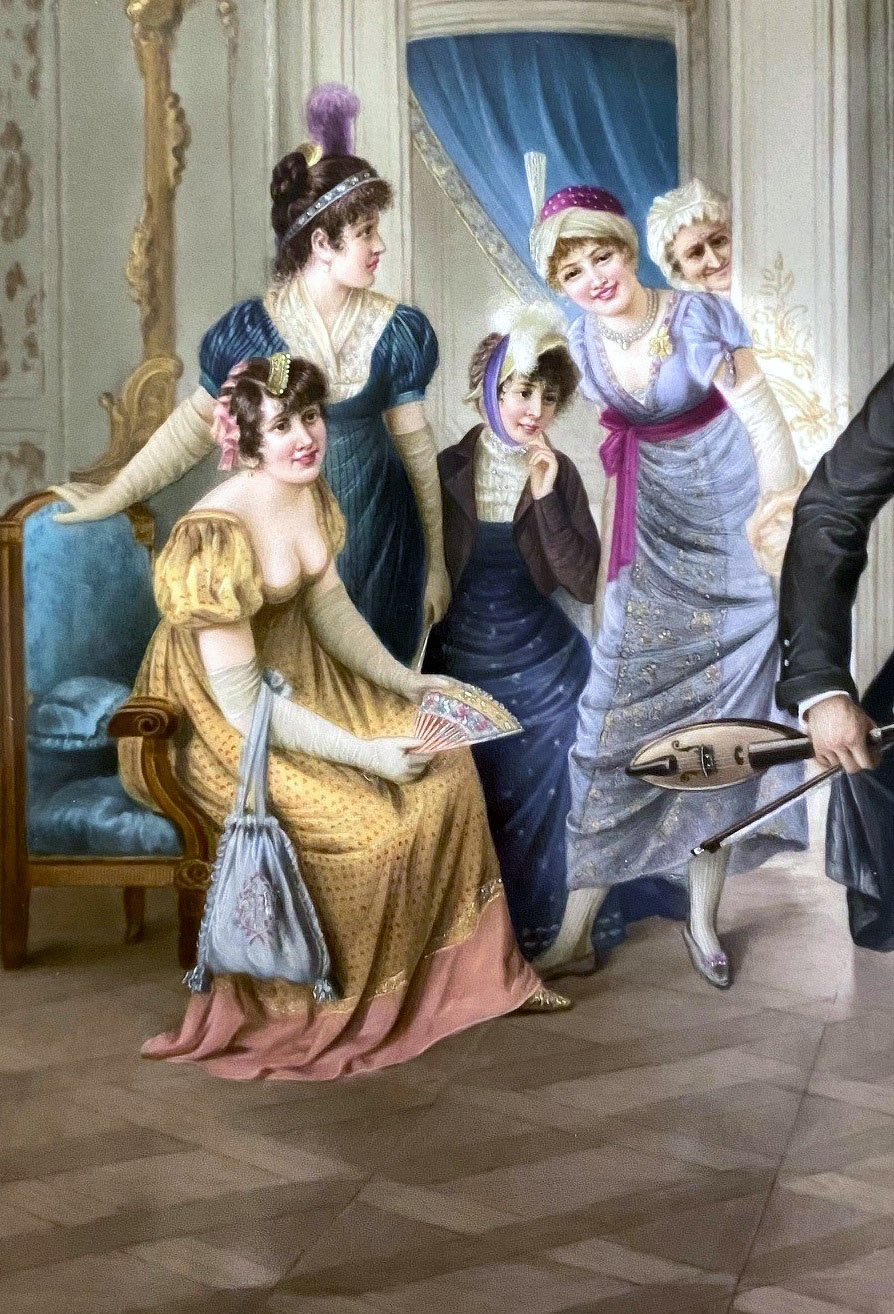 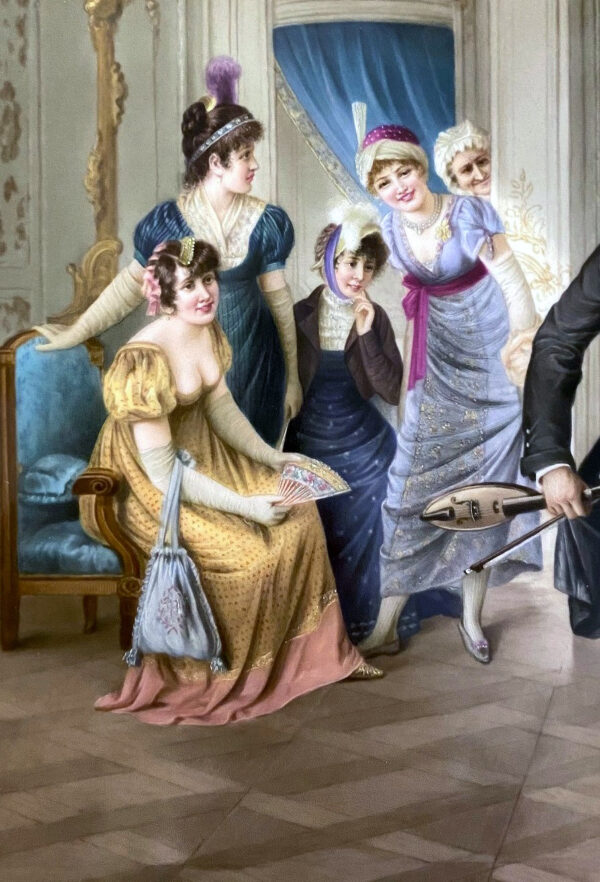 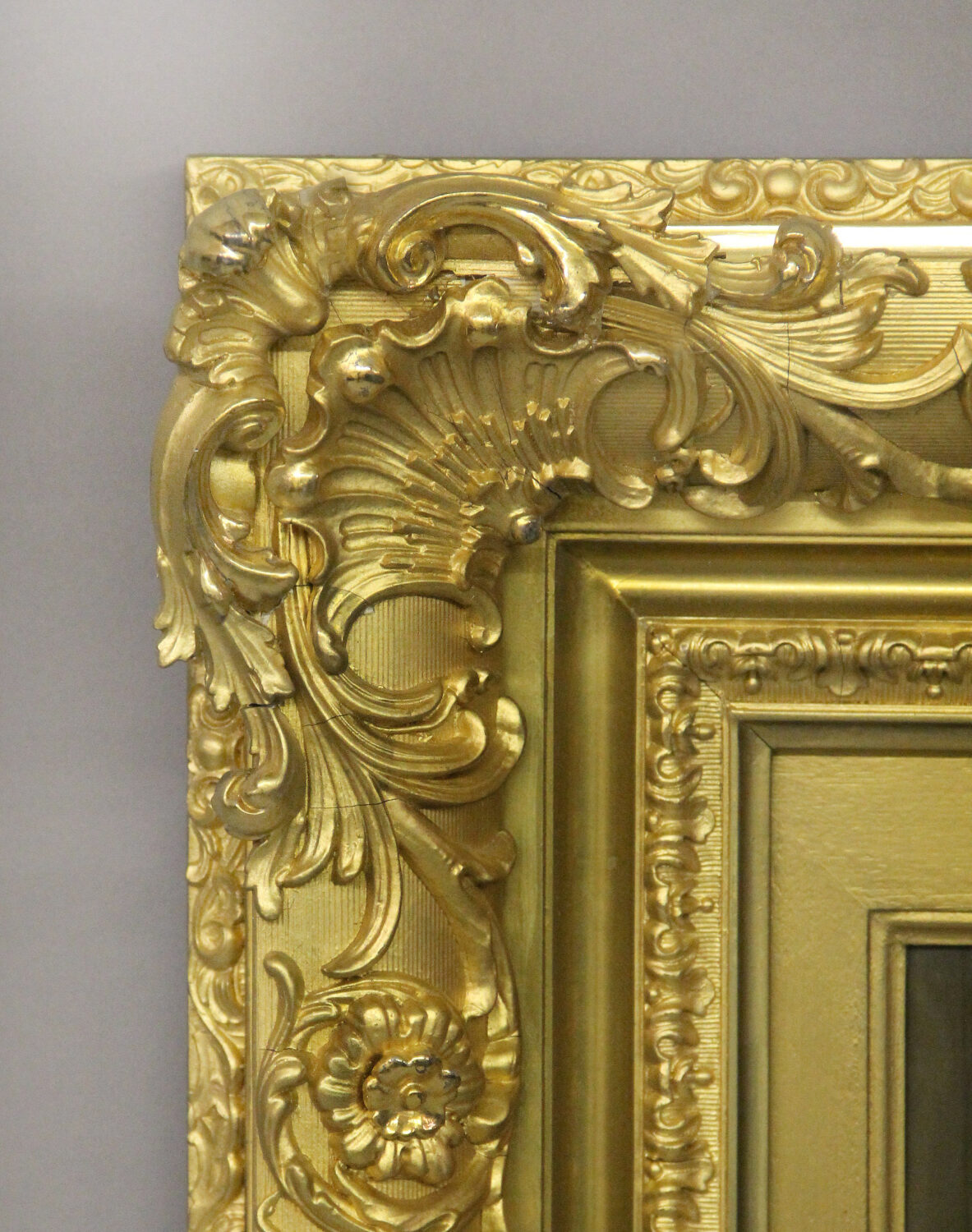 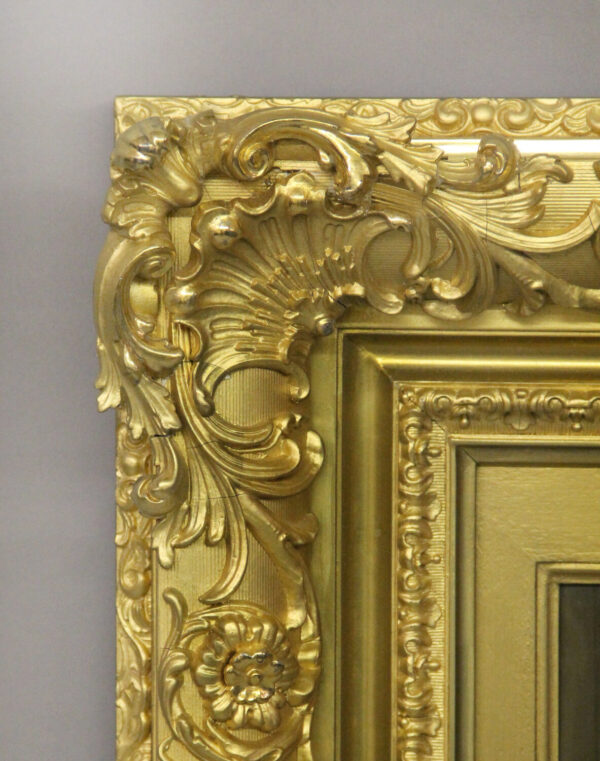 Finely painted after T. Rosenthal with a ballroom interior scene depicting a fiddler and a young woman dancing together before a group of fashionable ladies.

Entitled “The Dancing Lesson Of Our Grandmother”.

Impressed K.P.M and scepter marks, within the original giltwood frame.

Though born in the eastern United States, Rosenthal moved to San Francisco with his parents as a young boy, where he would come to paint under the tutelage of Fortunato Arriola. In 1865 Rosenthal set off for Europe, studying under Karl Theodor von Piloty at the Royal Academy in Munich. Among his best known works are Morning Prayers in the Family of J.S. Bach, now in the Leipzig museum, and The Trial of Constance Beverly, now at the Los Angeles County Museum of Art. The present subject, The Dancing Lesson of our Grandmother (Eine Tanzstunde unserer Grossmütter) is thought to be painted in 1887.