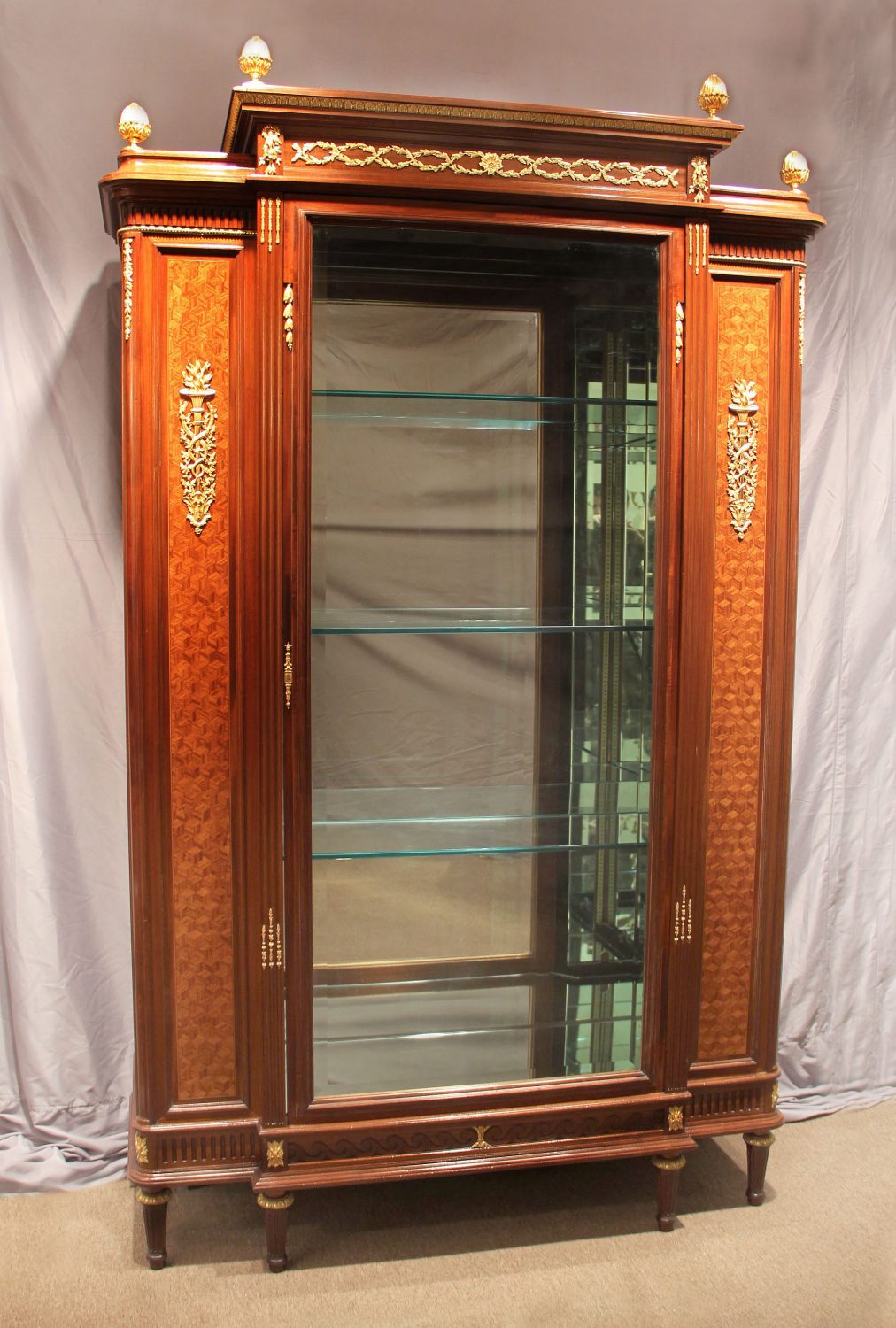 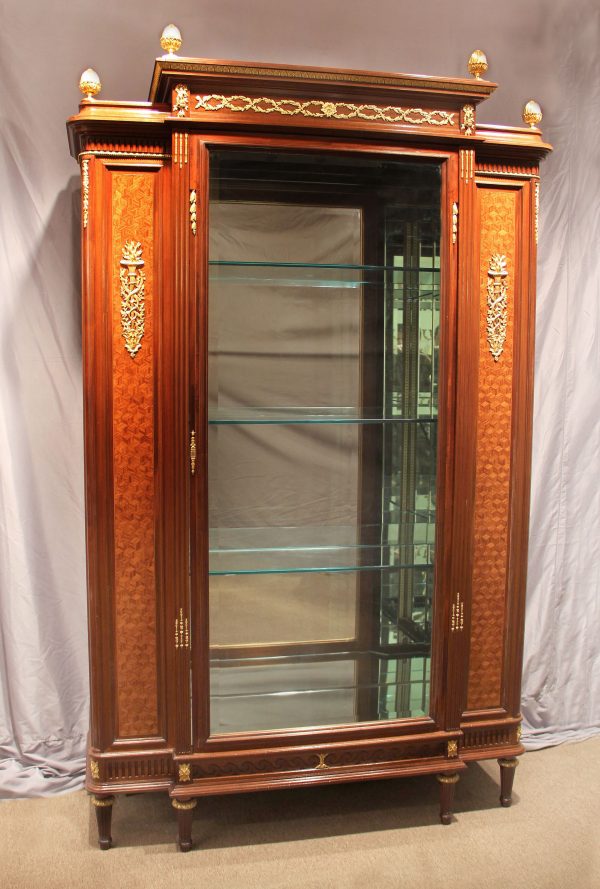 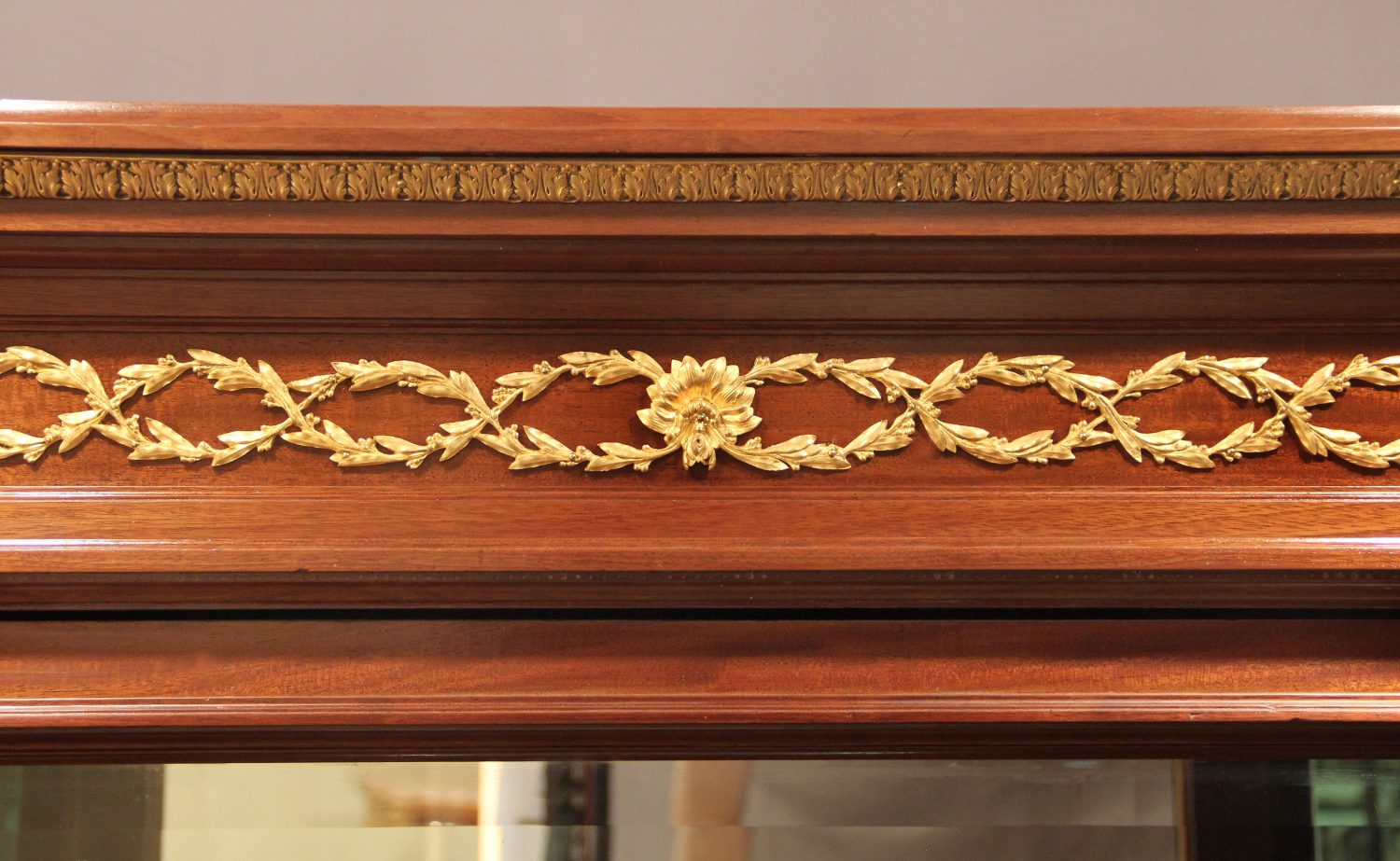 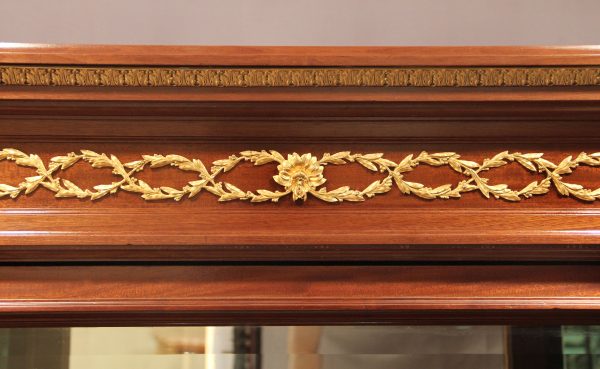 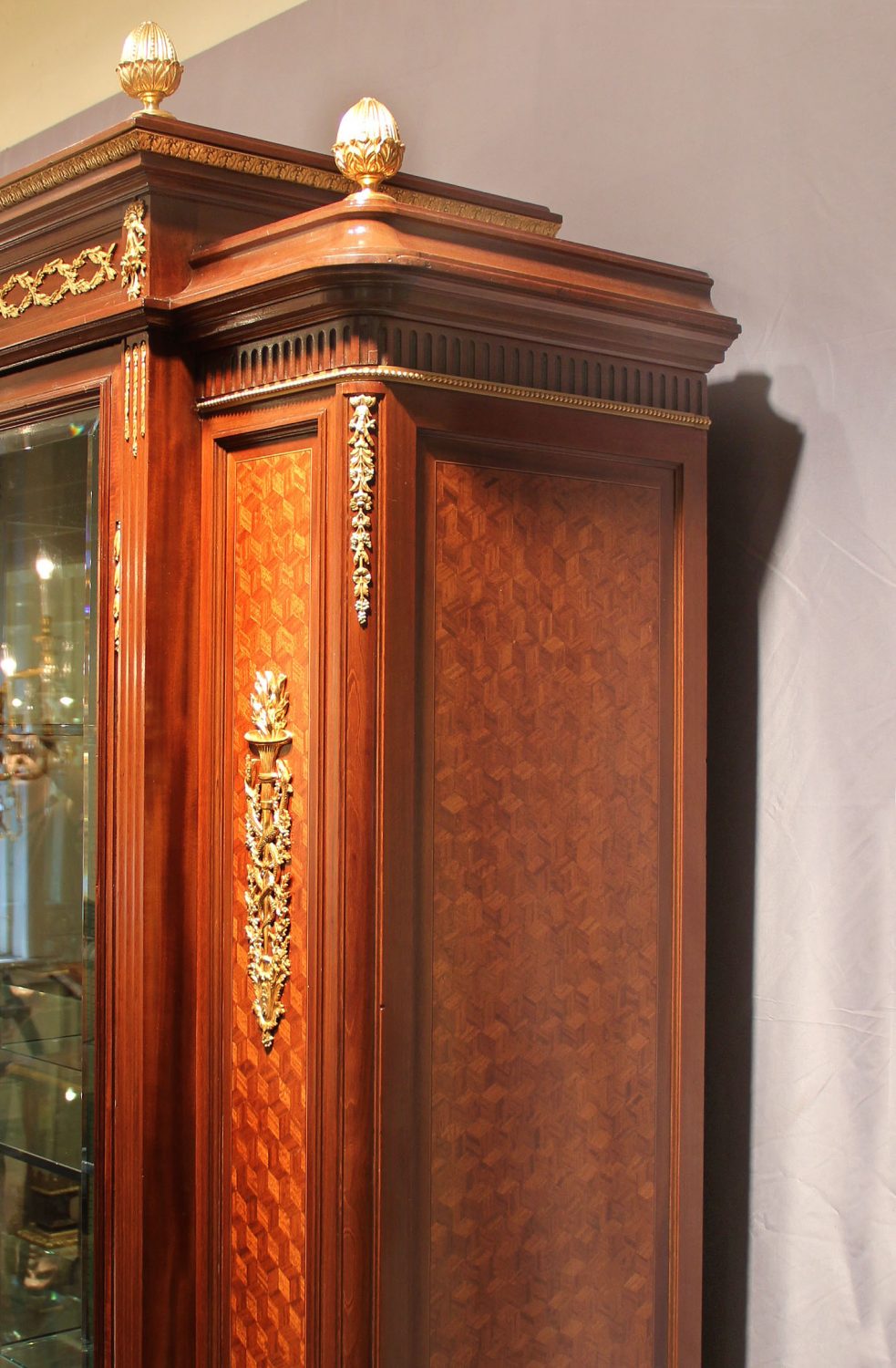 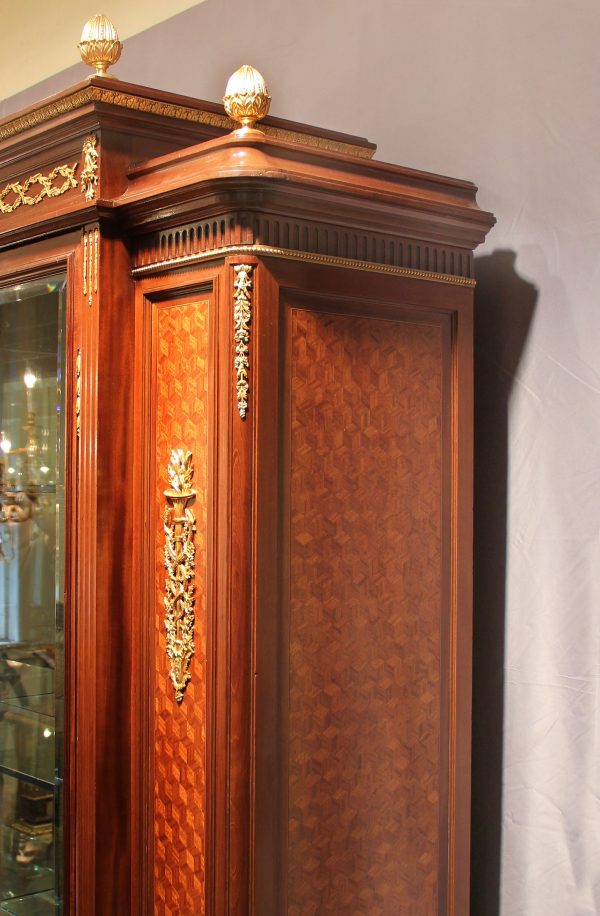 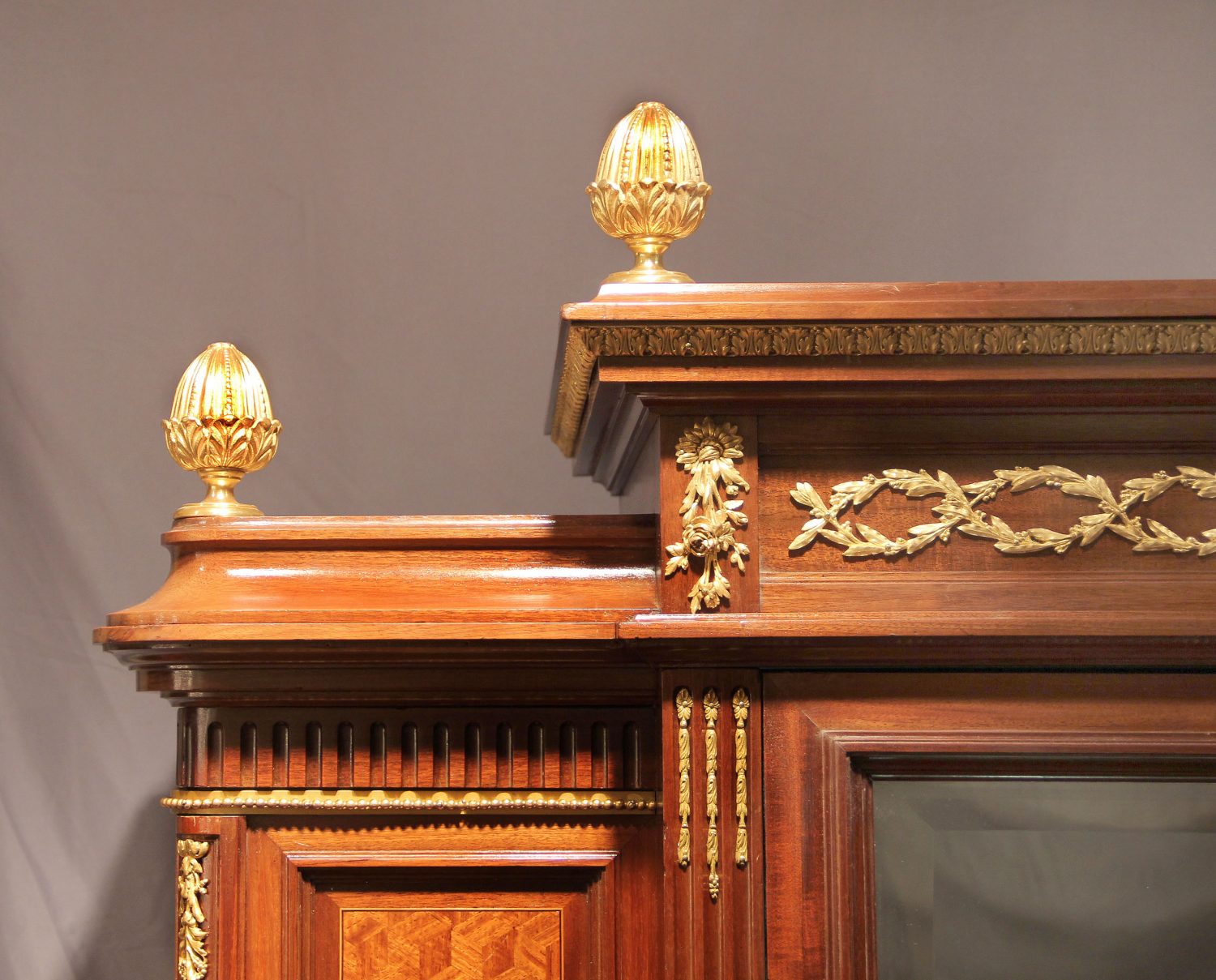 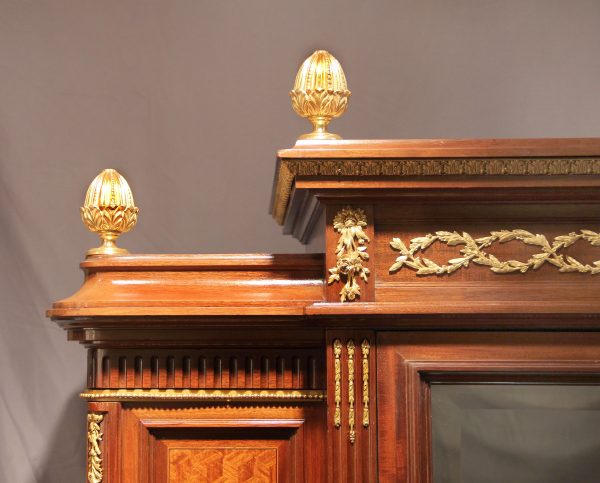 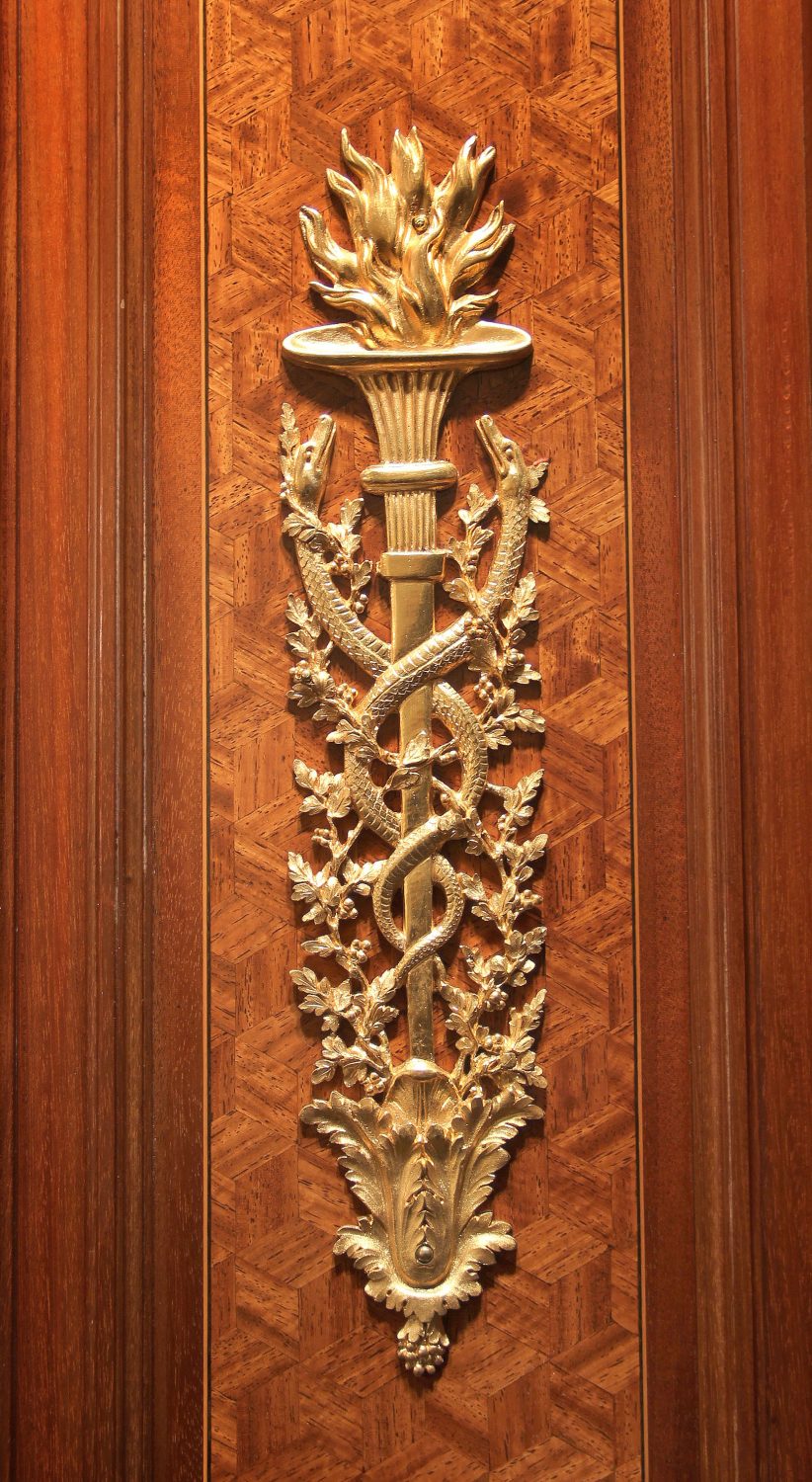 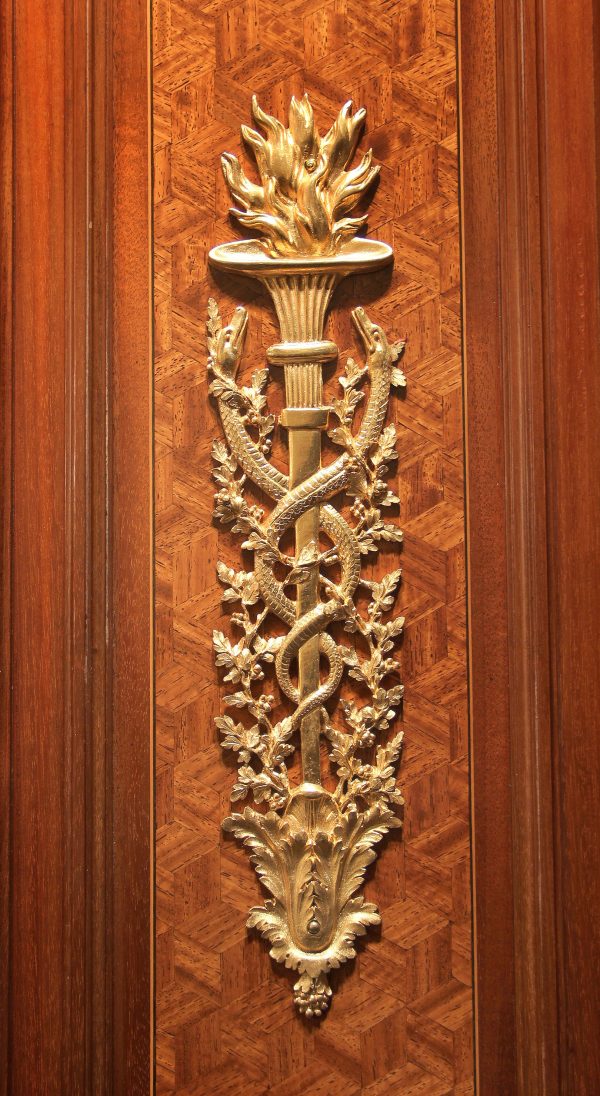 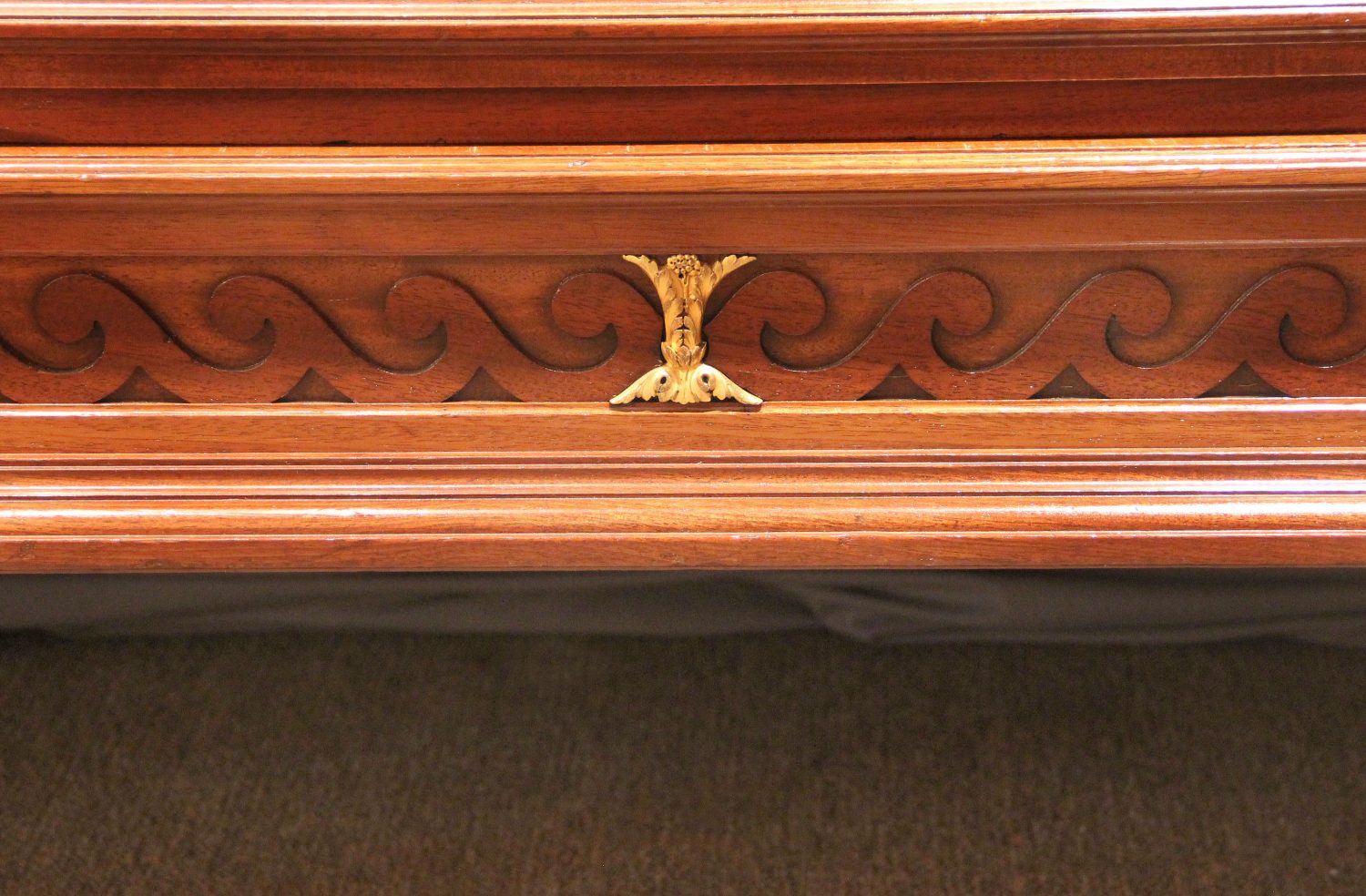 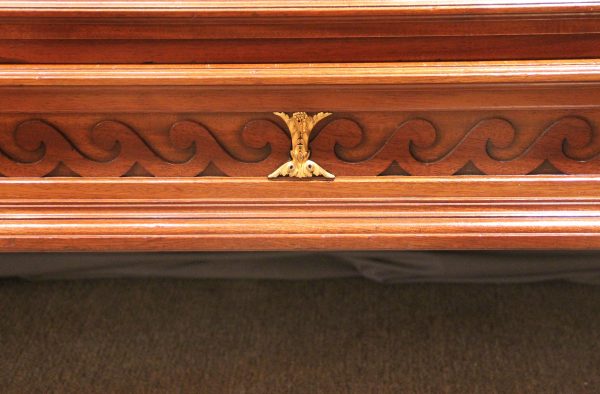 A single center door flanked by parquetry sides with bronze mounted designs of serpents and torches, the top with a bronze frieze and four acorn finials.

Stamped ‘CT LINKE/SERRURERIE/PARIS’ and numbered 394 on the back of the lock.