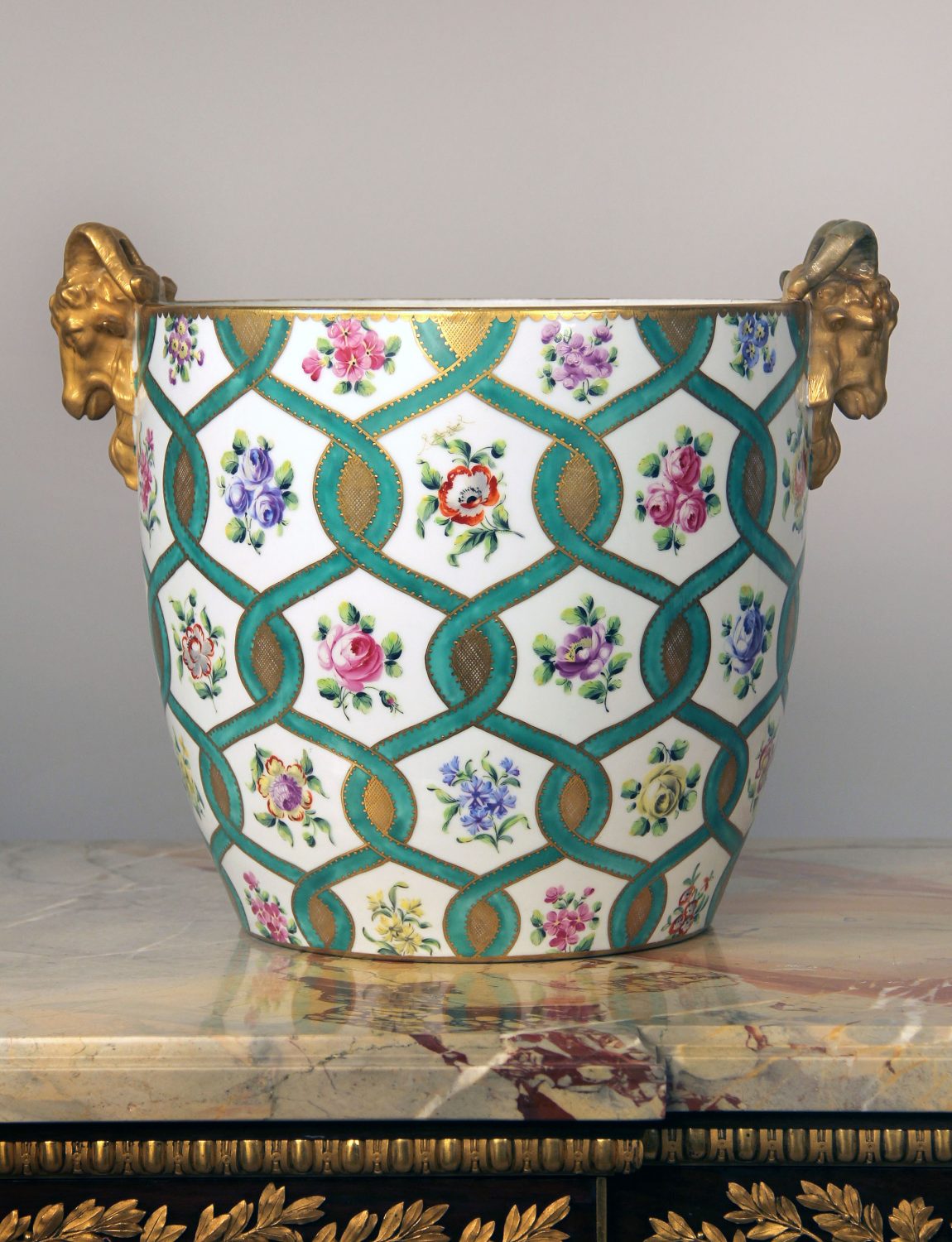 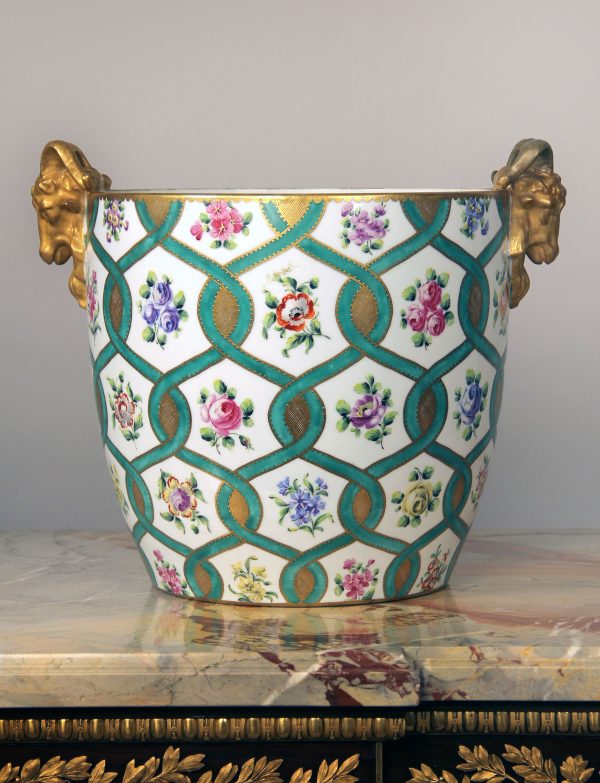 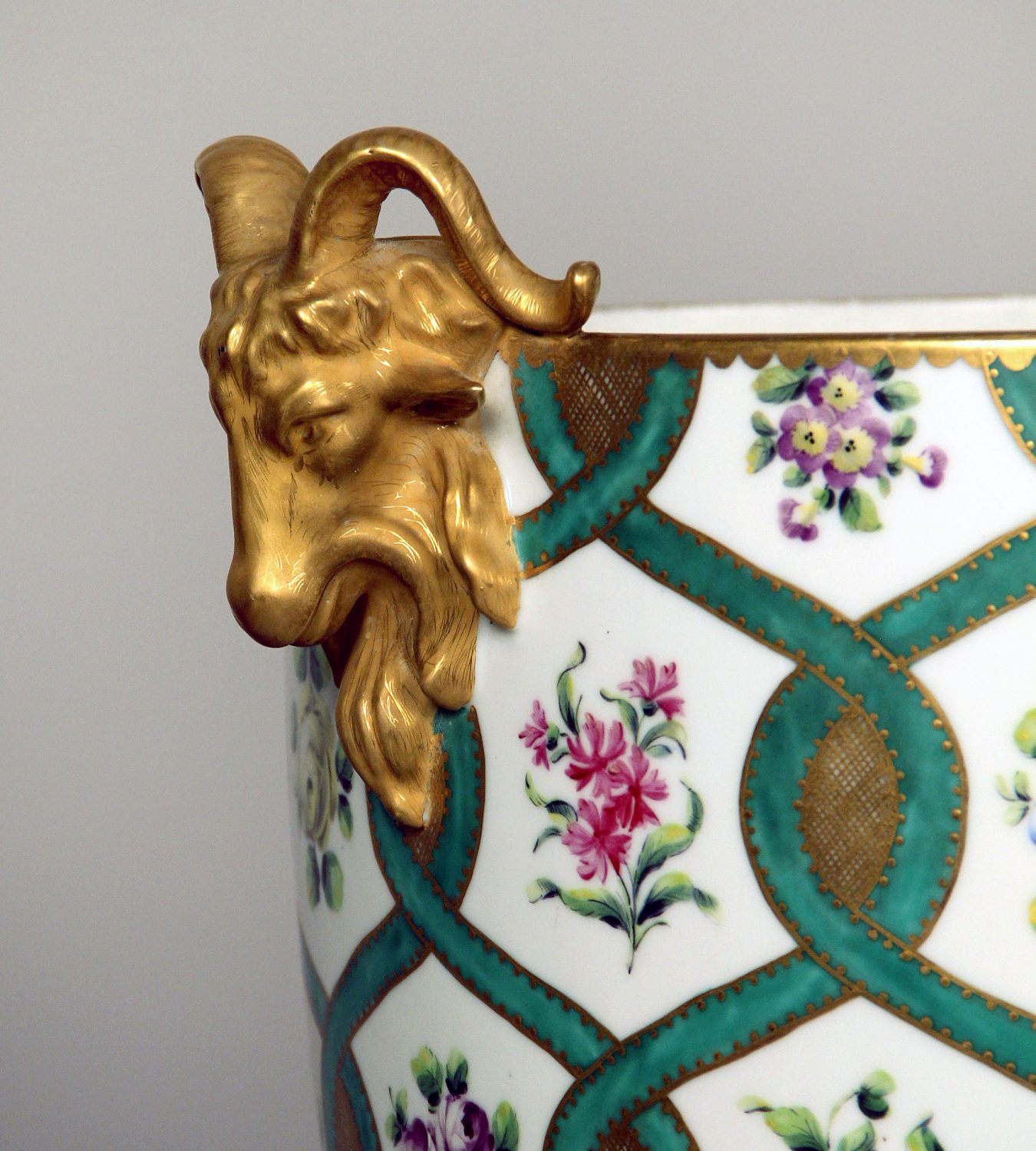 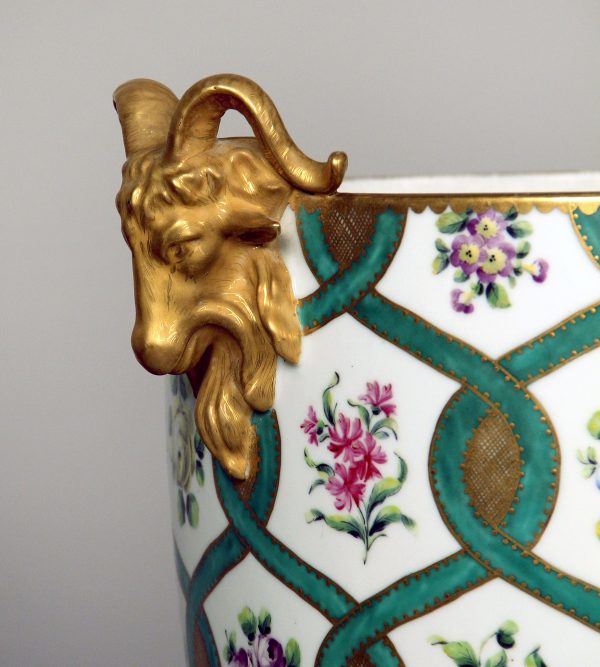 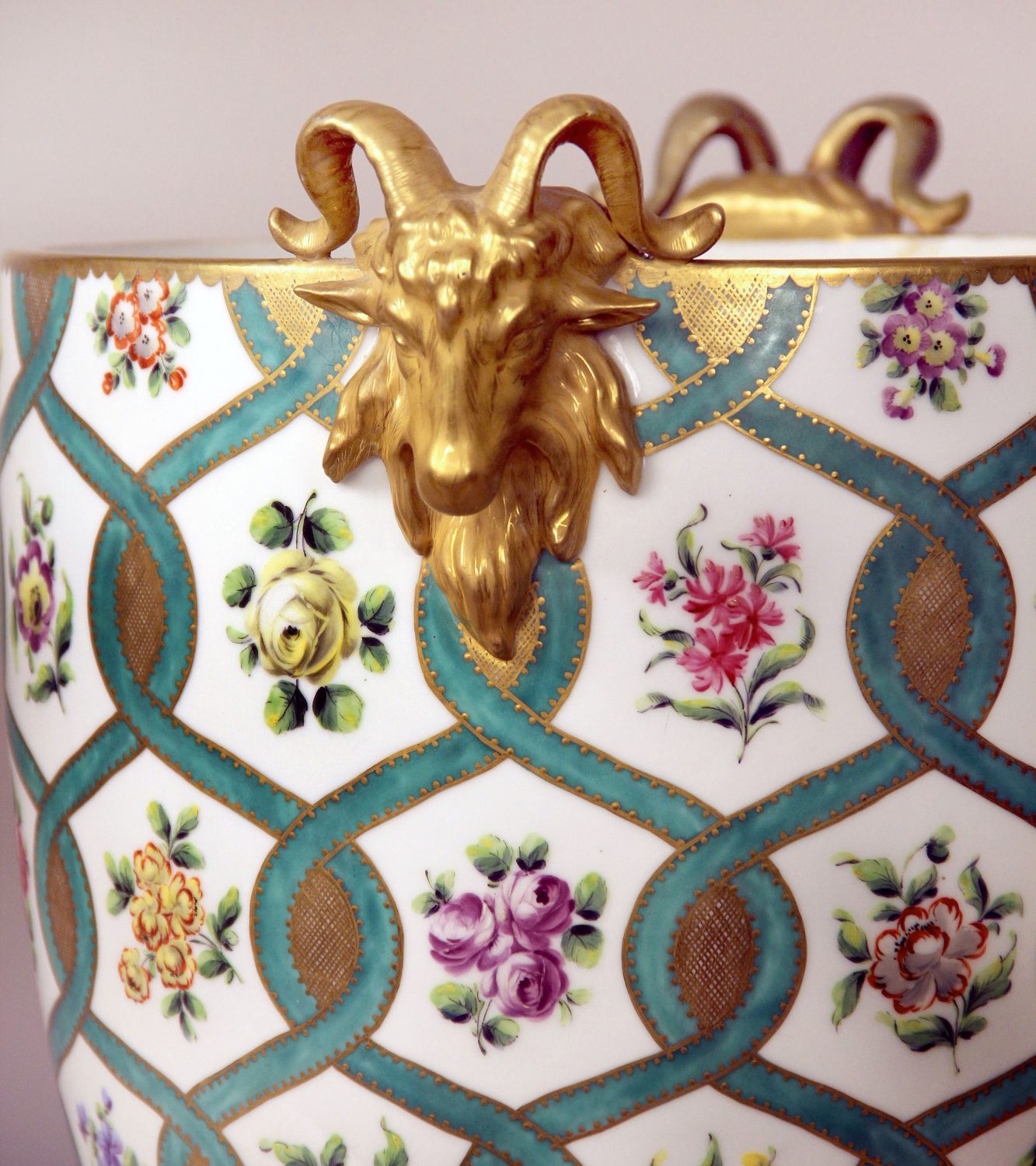 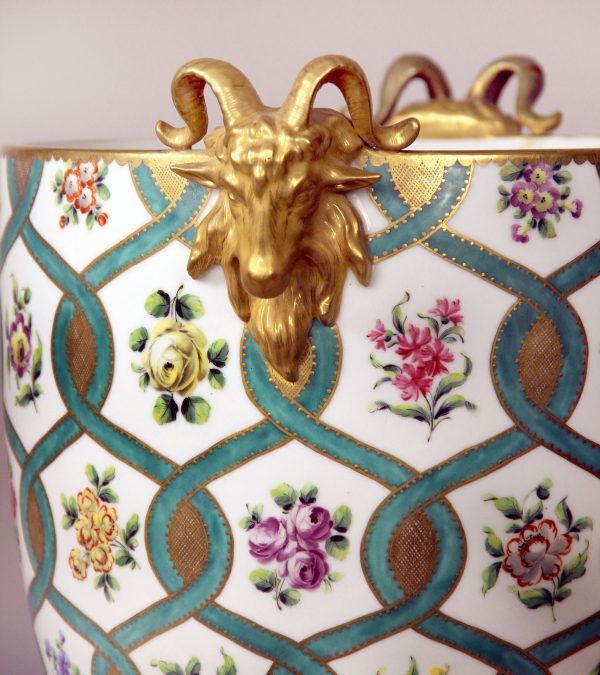 Finely painted with numerous colored flowers with green and gold trim, gilt ram heads on either side.