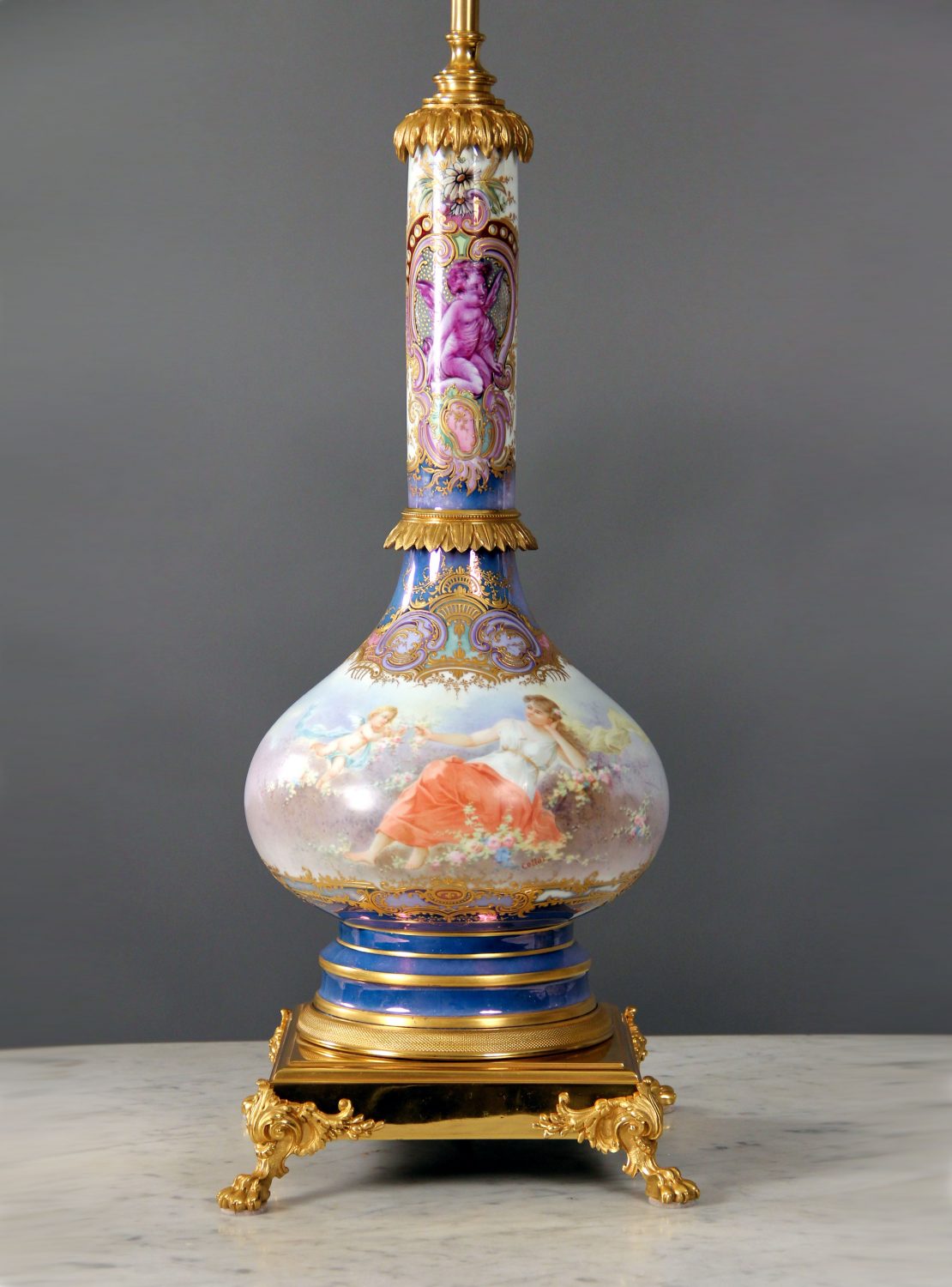 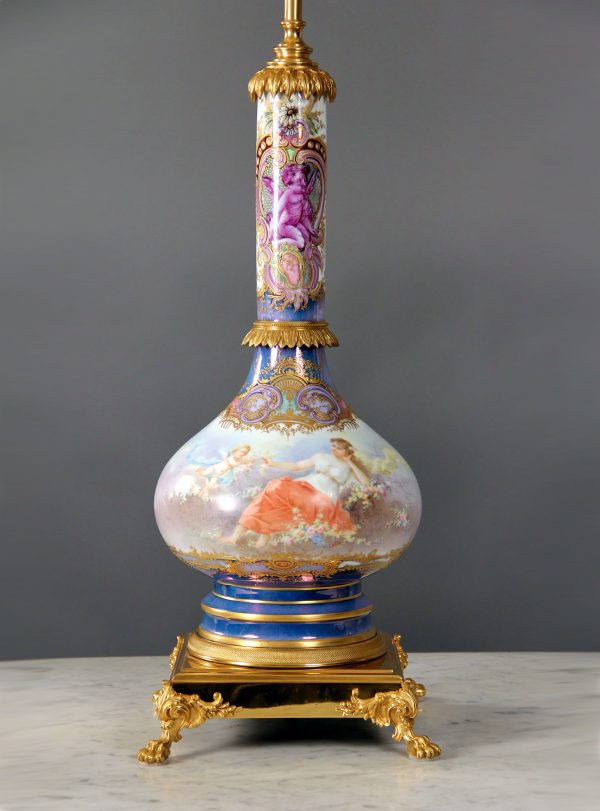 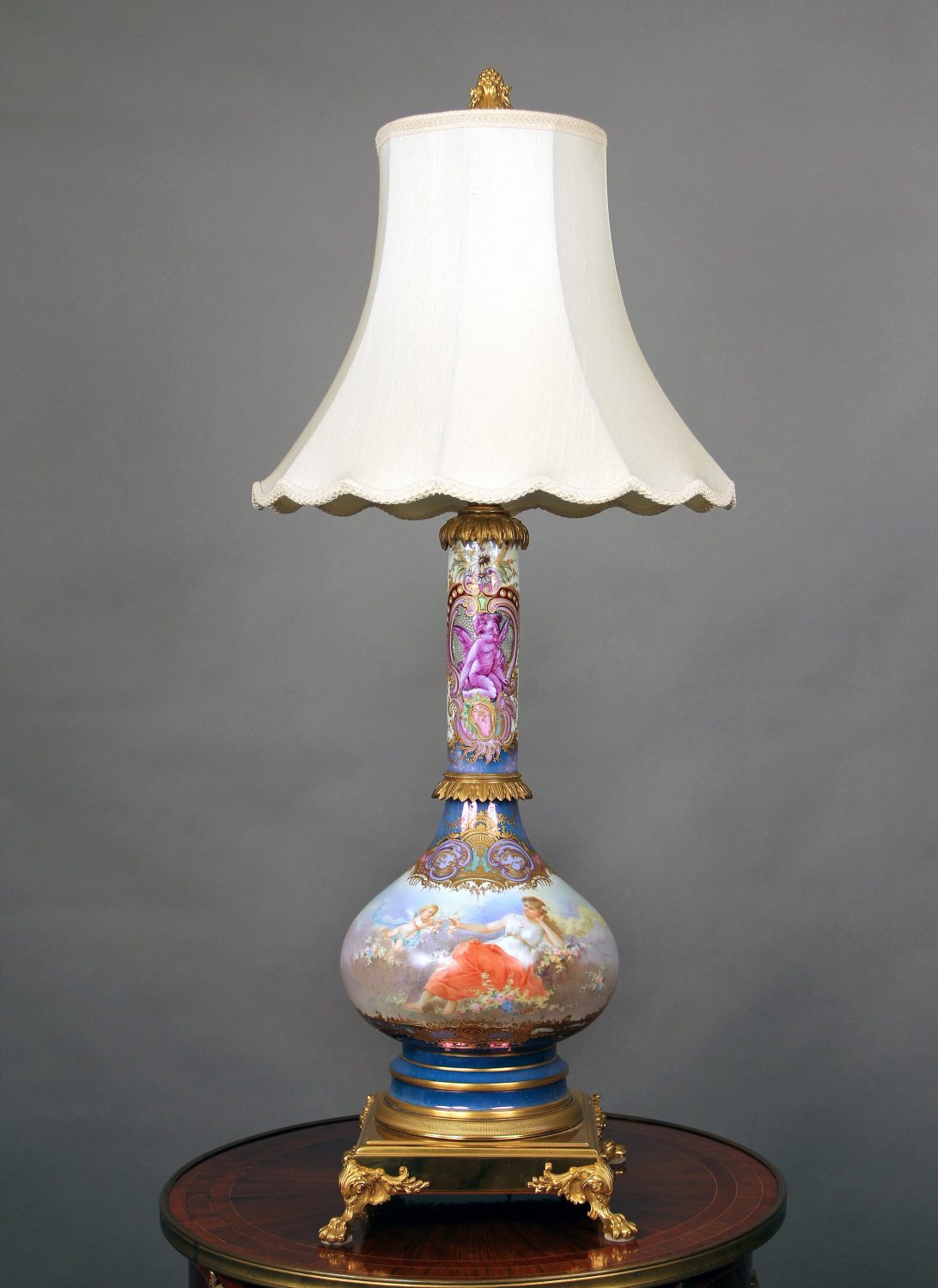 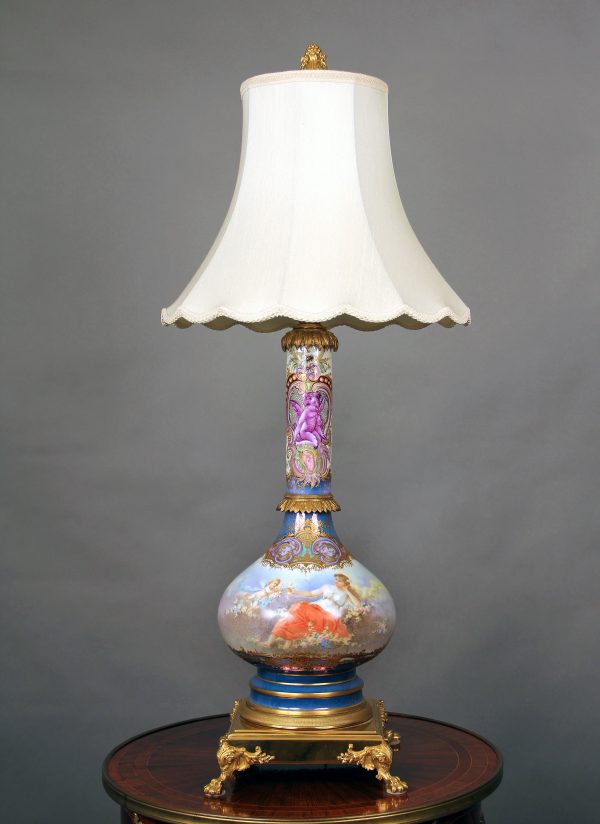 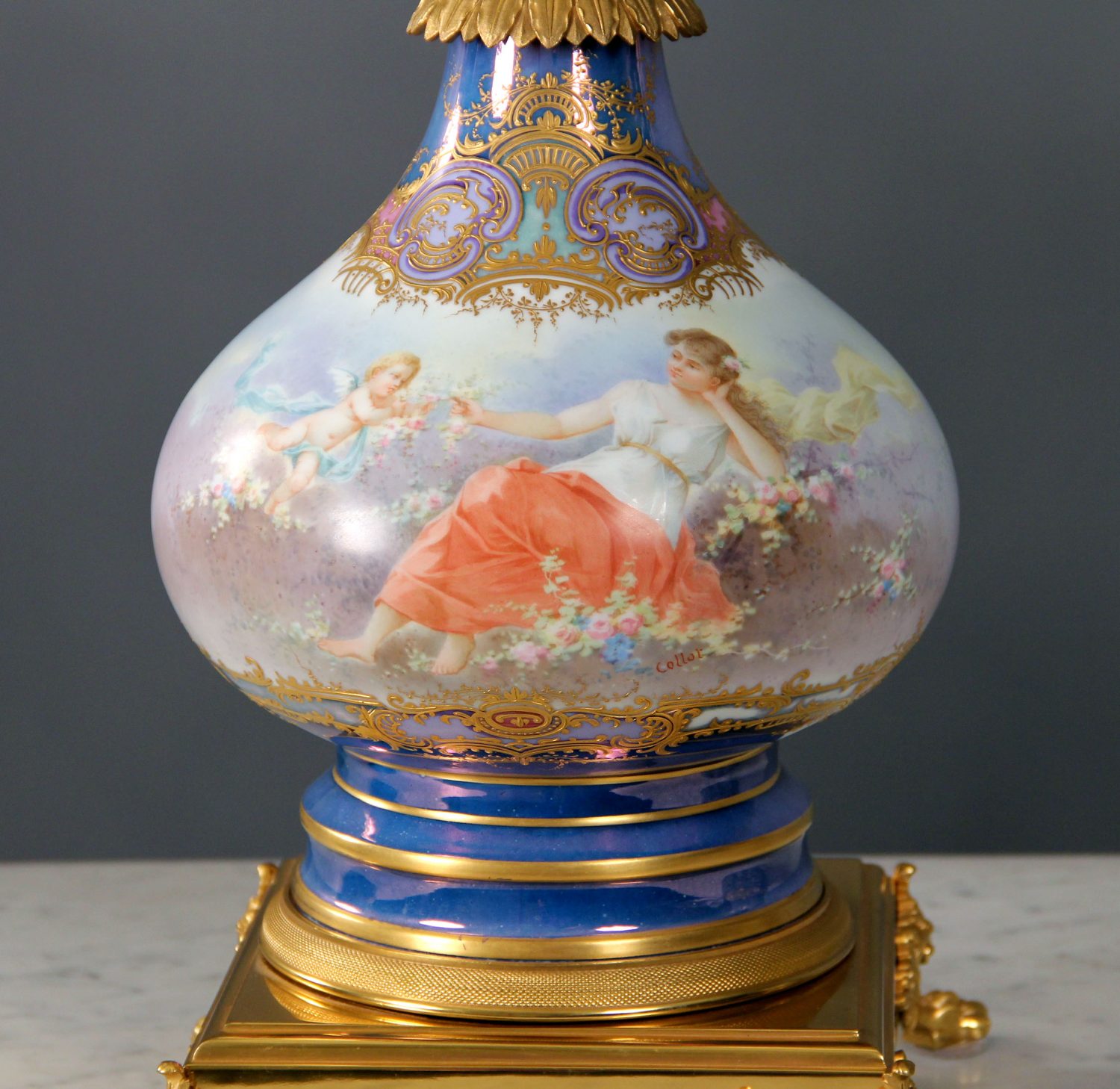 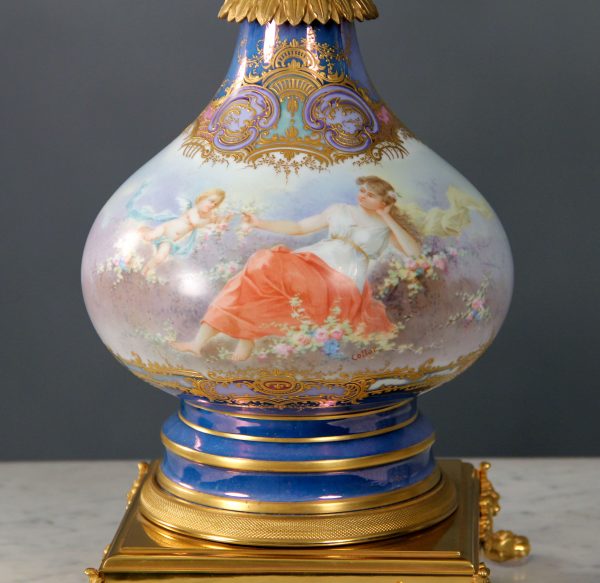 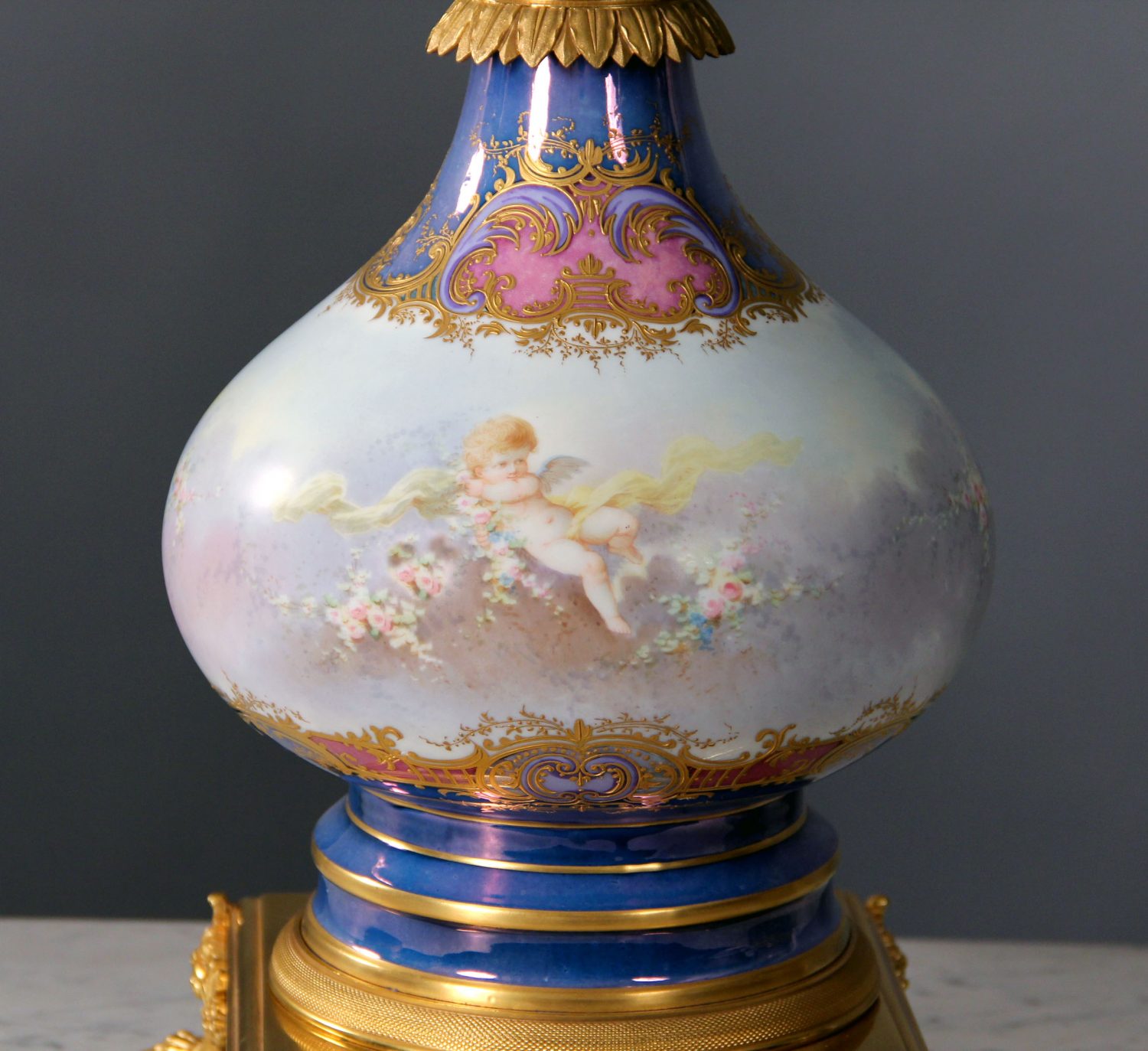 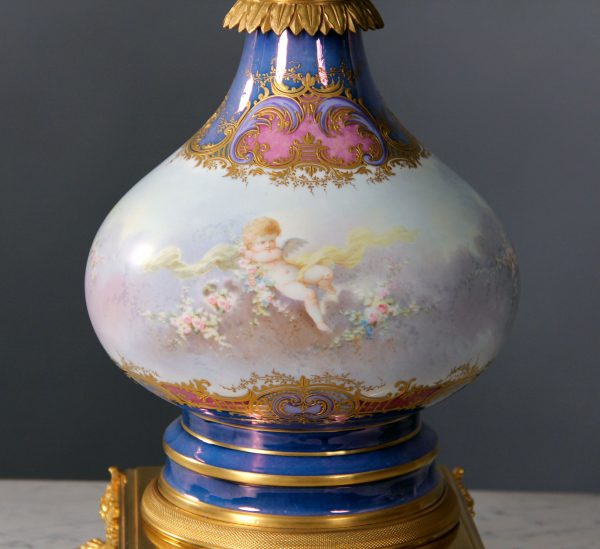 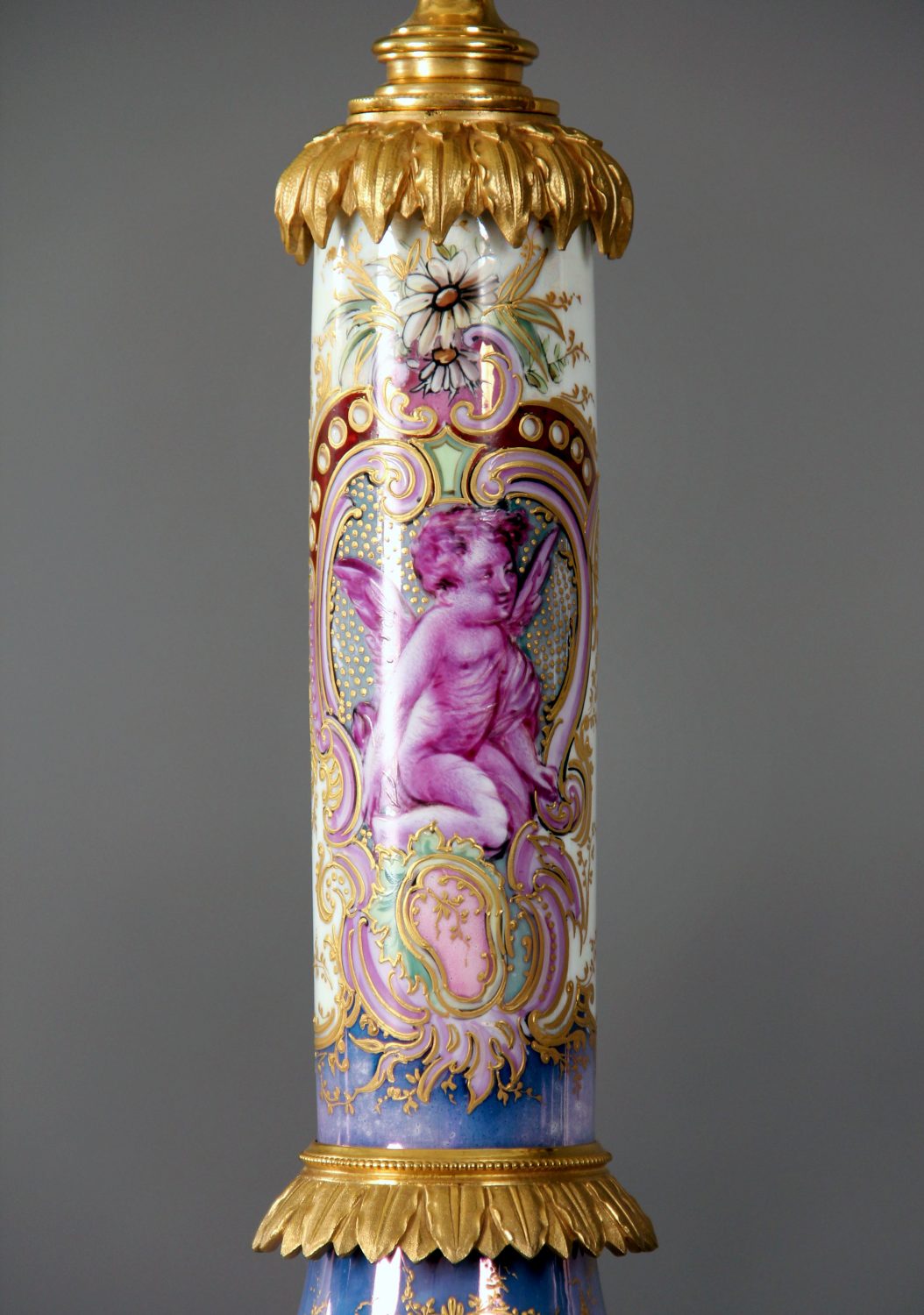 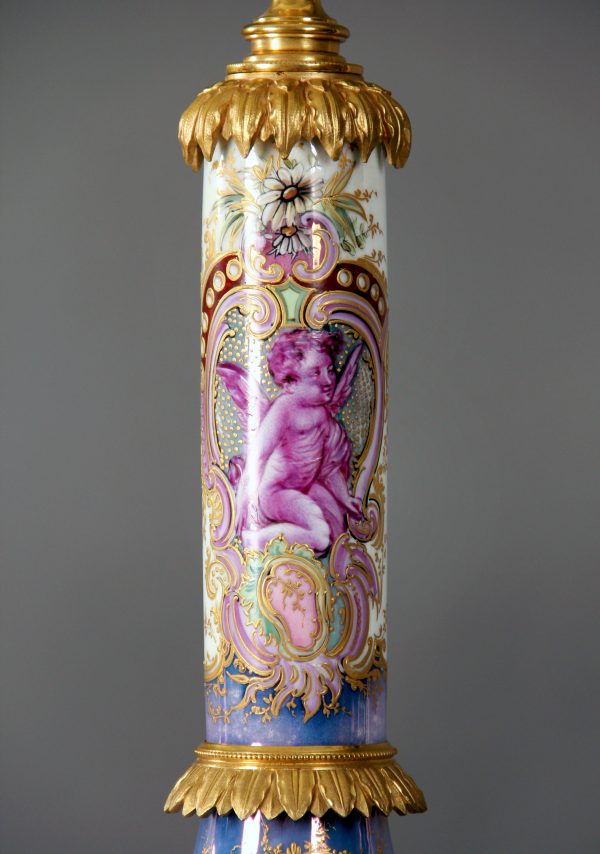 Raised gilt decorations, the front scene is of a reclining maiden among flowers being attended by cupid, the reverse a painting of cupid among flowers.