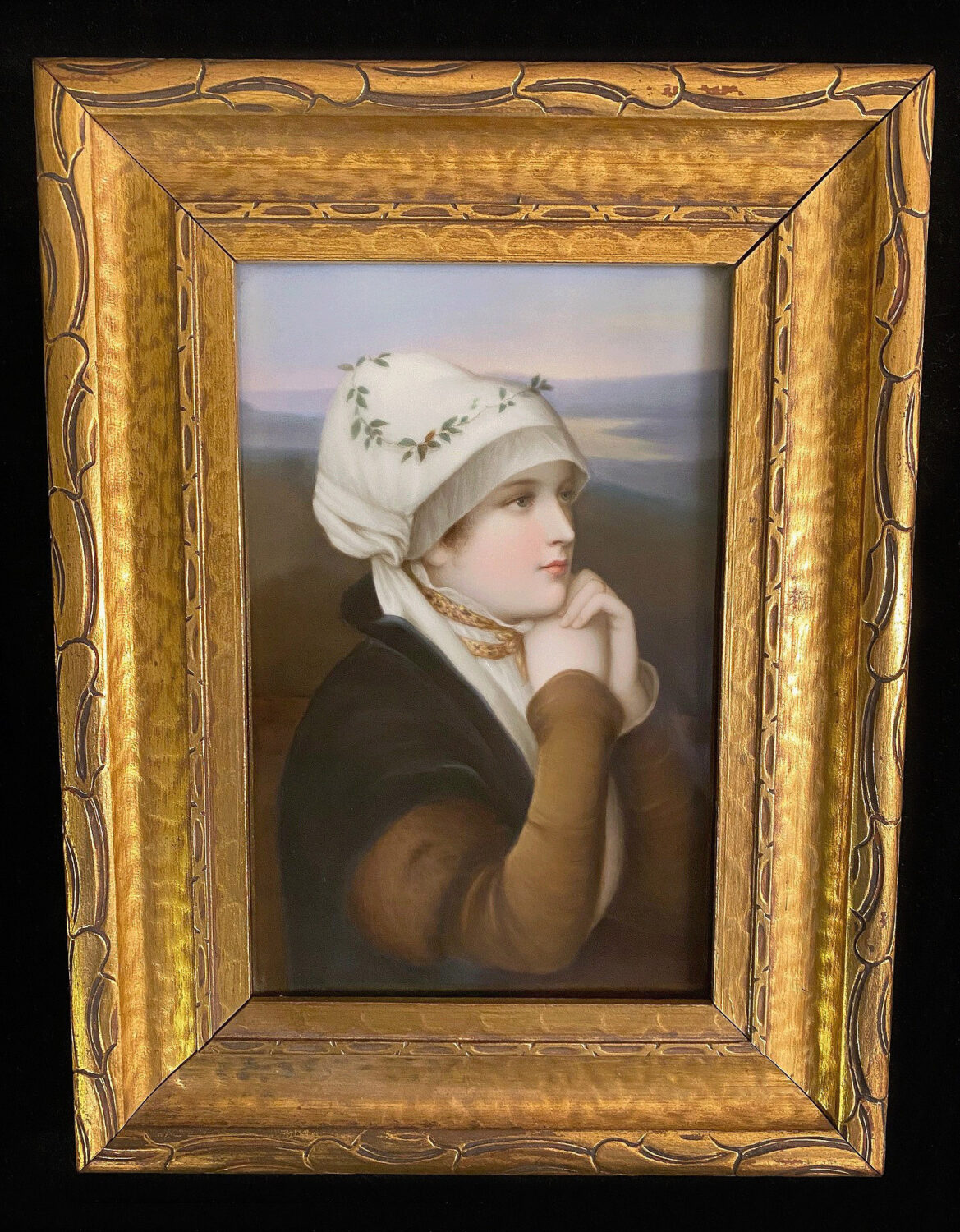 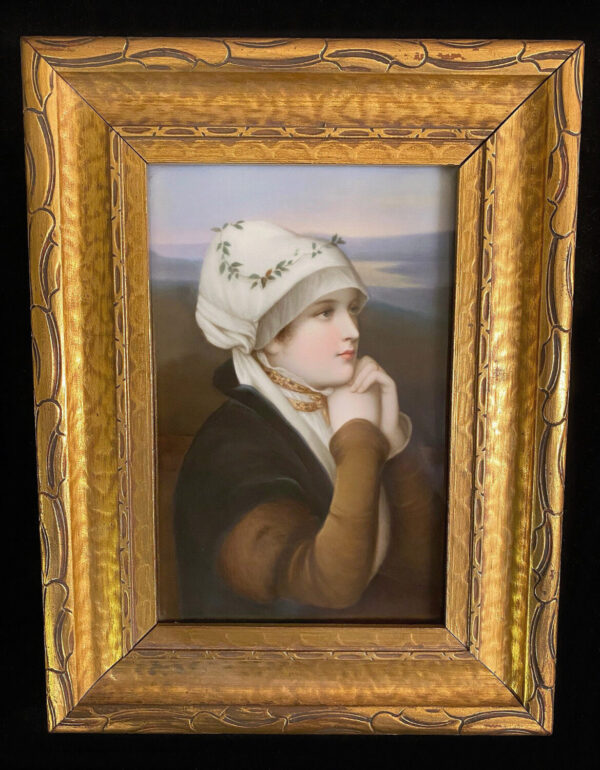 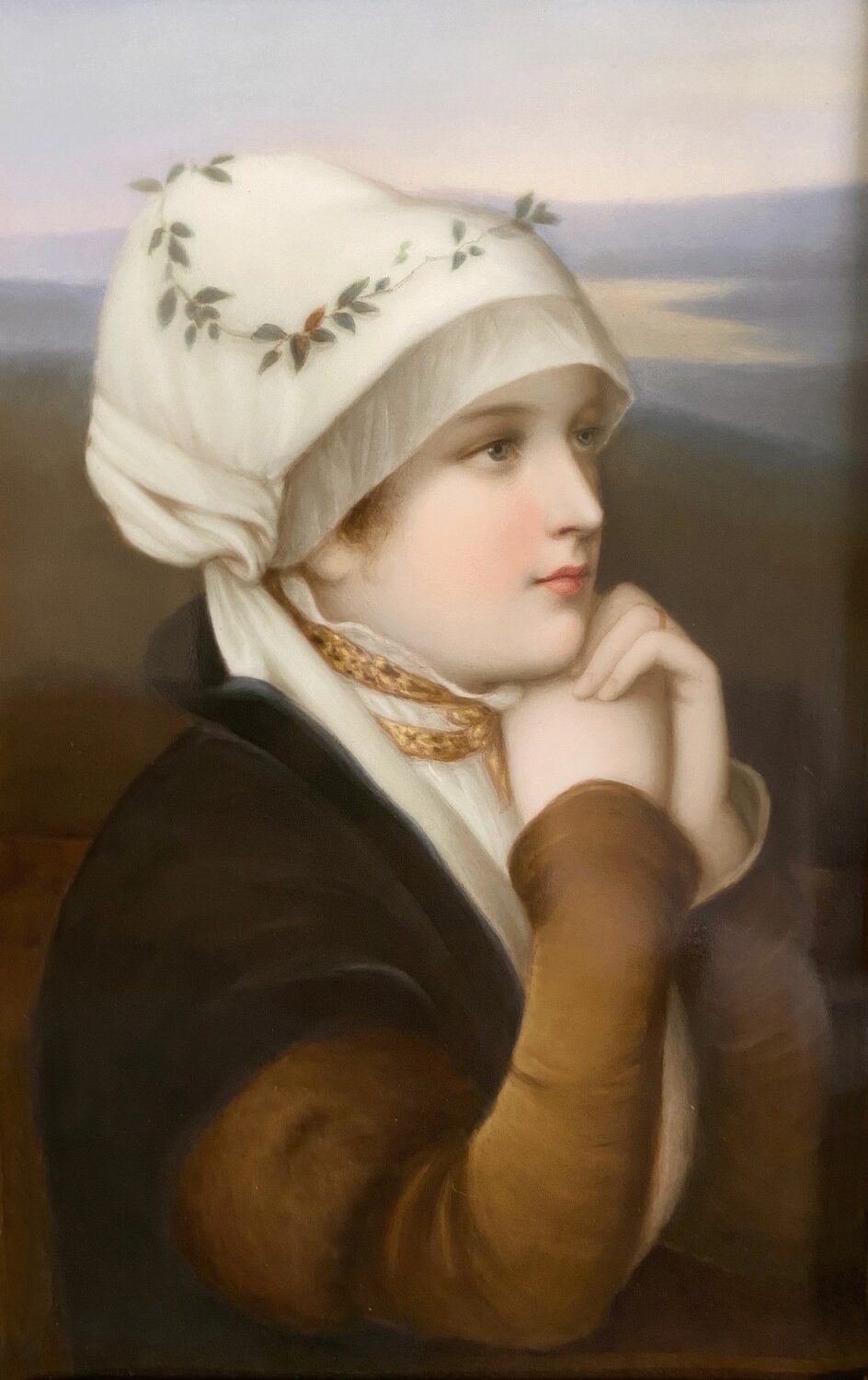 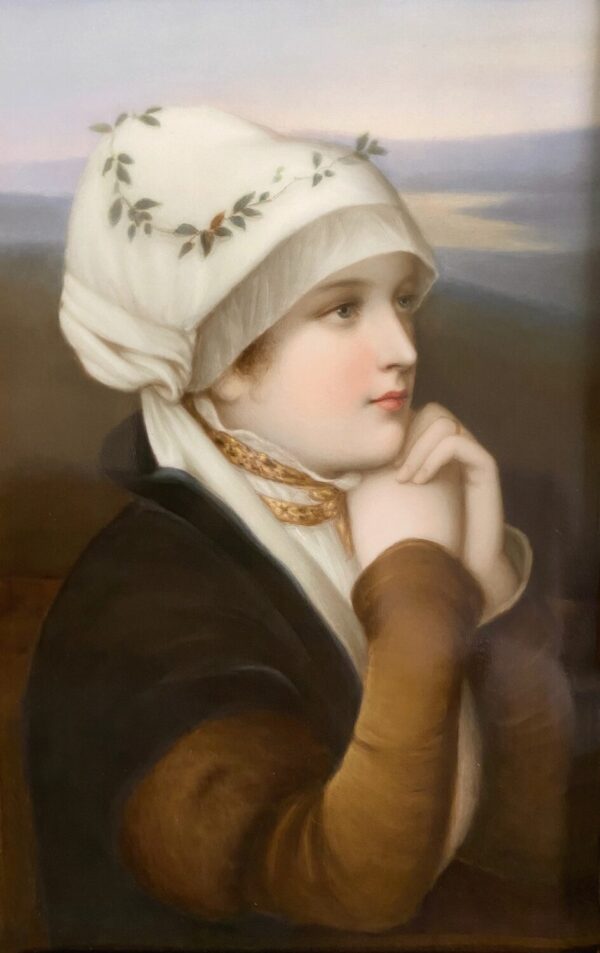 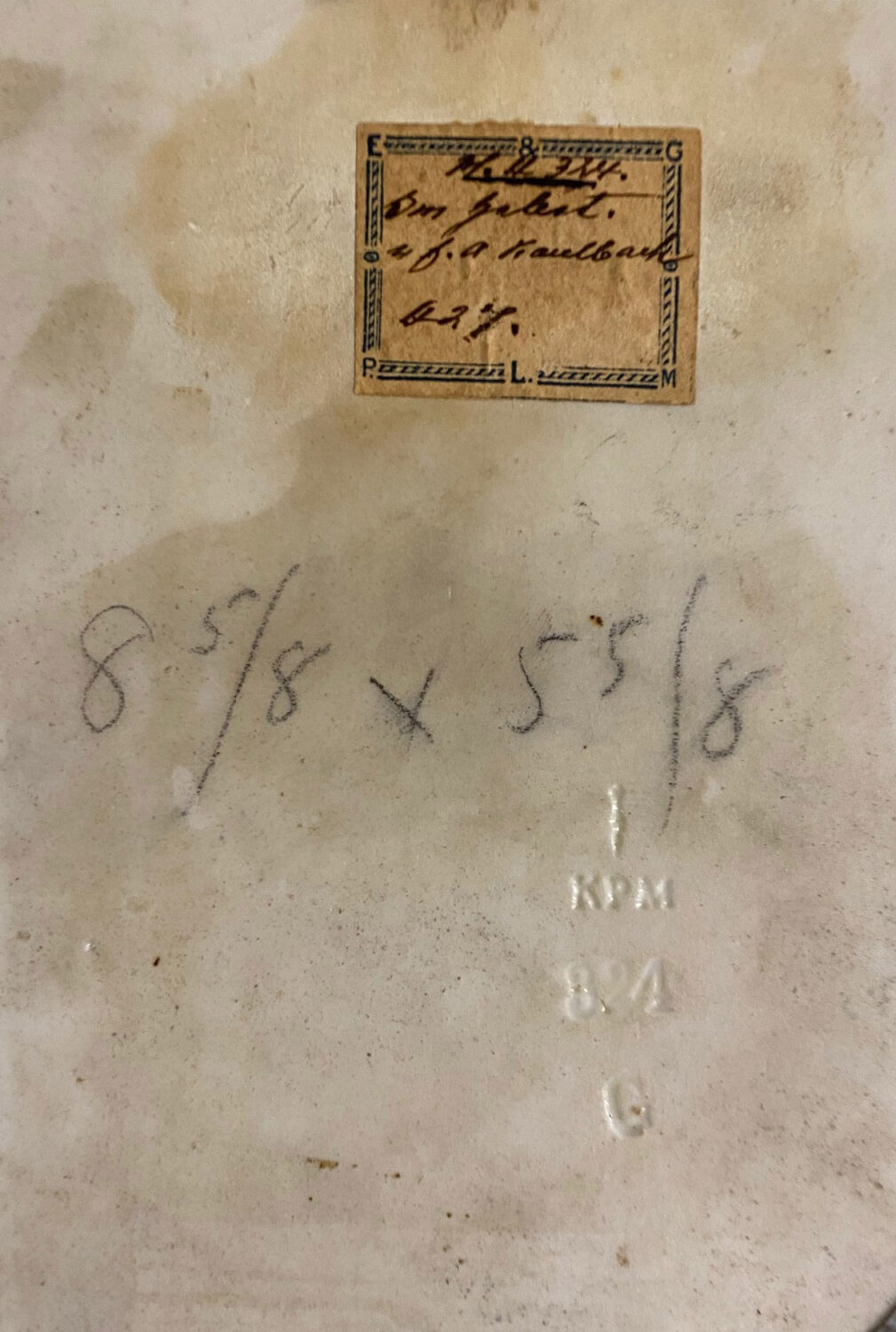 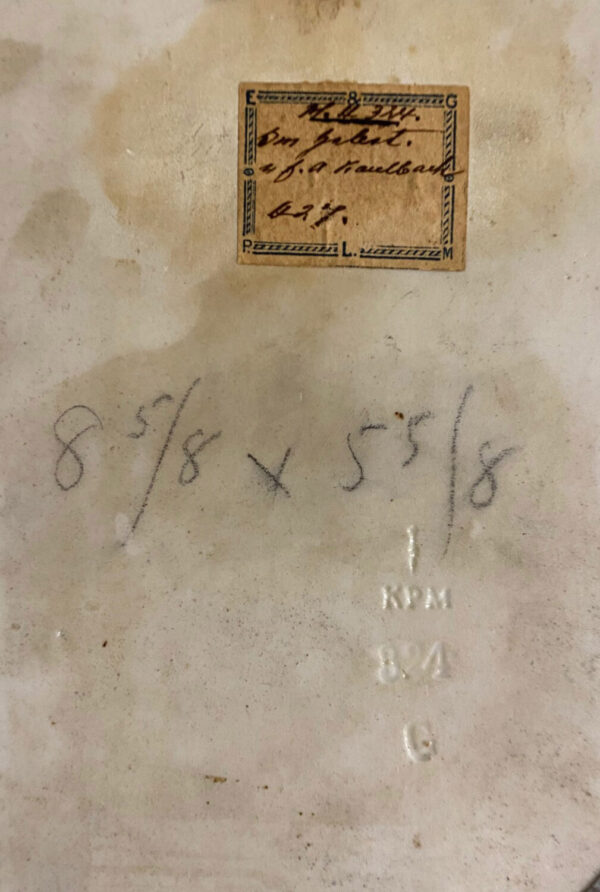 The portrait of a beautiful woman glancing afar.

Impressed K.P.M and scepter marks, in the original frame.